After taking his first King of the Desert crown in the car category at the Tatts Finke Desert Race in 2021, Toby Price was victorious again in the 2-day off-road race this year, setting a new record time in the process. 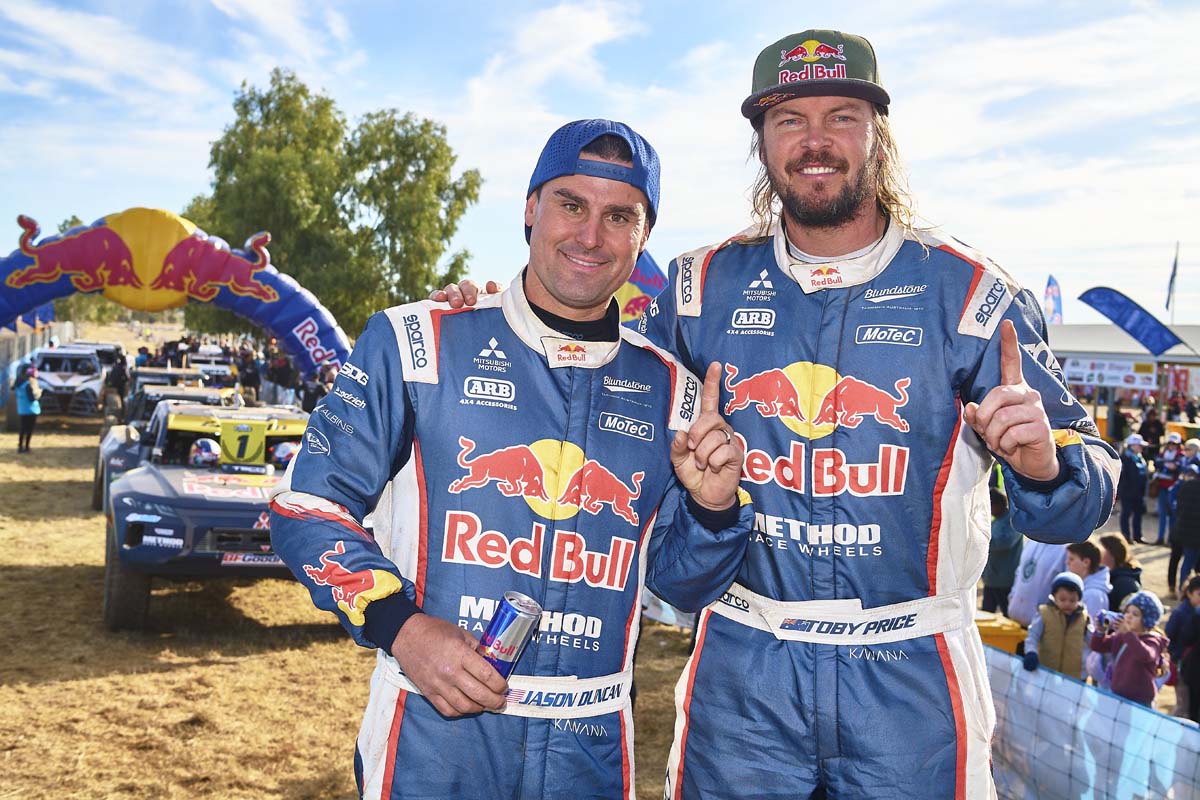 Last year, Price made Finke history as the first competitor to win both the car and bike categories, The New South Welshman’s first victory in the car category came after six in the bike category between 2010 and 2018.
For 2022, Price re-united with navigator Jason Duncan in the unique, V8-powered TSCO Mitsubishi Trophy Truck, after Mark Dutton filled the role in 2021. Duncan had previously partnered Price for unsuccessful attempts in the car category at Finke in 2018 and 2019.

All 165 starting slots in the car category for this year’s 46th running of the Finke Desert Race - which was also Round 3 for the 2022 BF Goodrich Motorsport Australia Off Road Championship (AORC) - had been filled a day after entries opened on 1 March, despite new rules instigated following the death of a spectator at last year’s event. 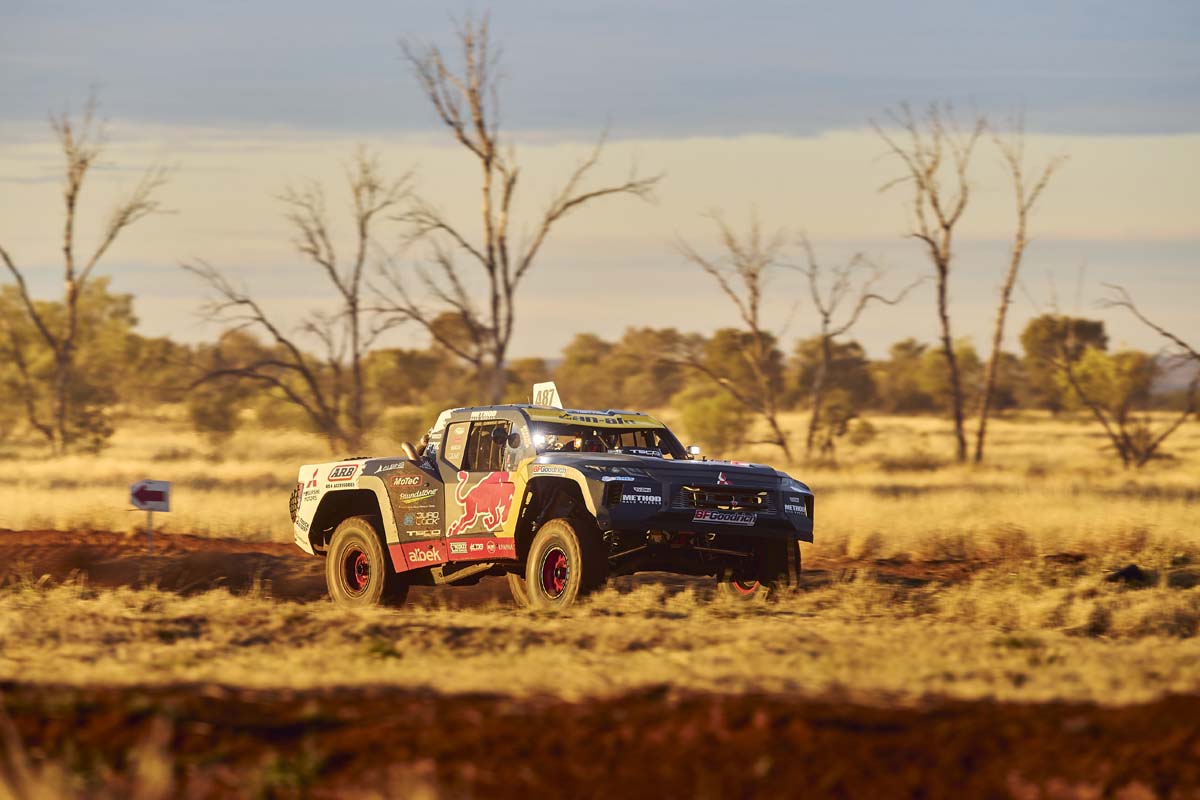 The new rules required drivers to have past Finke experience, or completion of at least two AORC rounds in the past two years, or meet other criteria on a 100-point checklist to assess driver skill levels.

New rules applied to spectators, too, including being no closer than 20 metres to the track, while spectator vehicles, structures and camping were required to be at least 30 metres off the racing line.

While much of the pre-race attention was on defending champion Price, there was a strong field looking to make the 2022 King of the Desert crown theirs, including last year’s runner-up Josh Howells, past winners Glenn Owen and Hayden Bentley, the six-time winning father and son pairing of Ian and Shannon Rentsch, as well as Mark Burrows, Jack Rhodes and AORC championship leader Ryan Taylor, most of whom were in the Pro or Prolite buggy classes.

Fast Starts and a Tough Day 1

After scrutineering on Friday, 10 June, the Method Race Wheels Prologue the following day saw Price set the fastest time of 4m42.9s, ahead of Howells by just two tenths of a second, with Aaron James, Robinson and Owen completing the top five. AORC leader Taylor was twelfth. 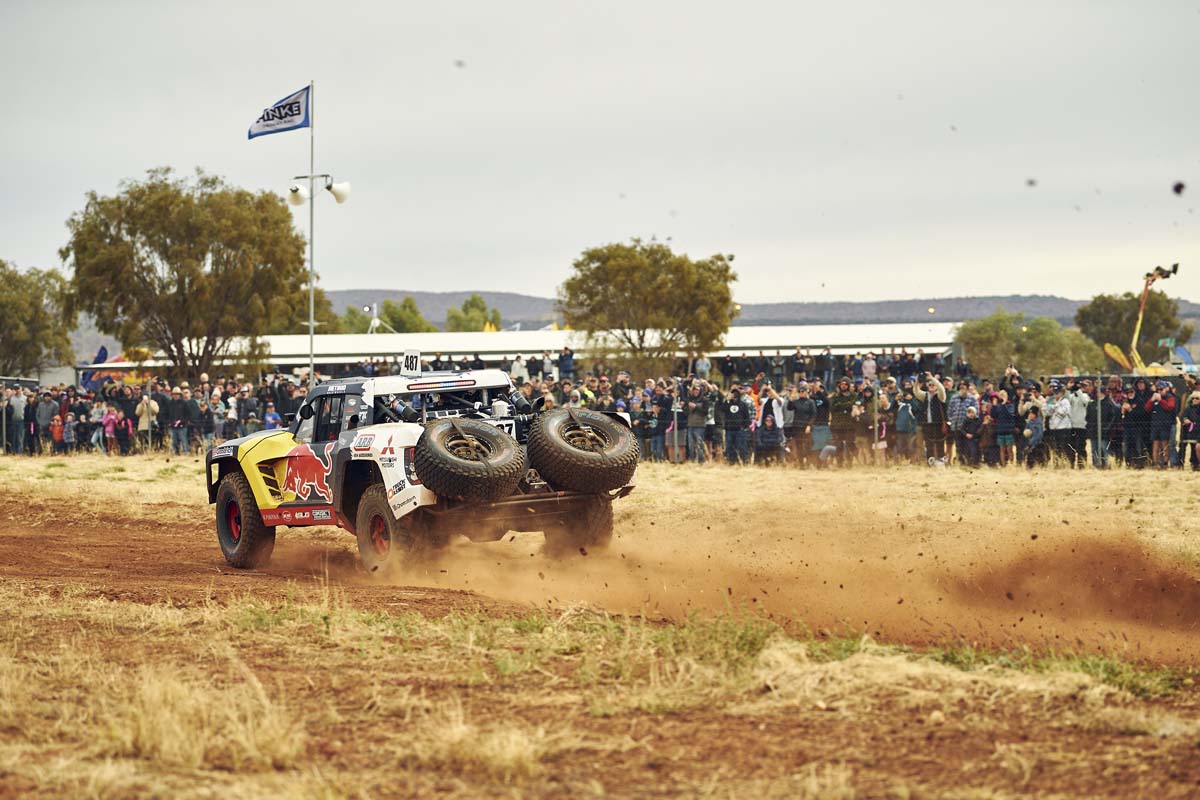 Winning the 8km Prologue gave Price the prime Number 1 starting position for the 224km run from Alice Springs to Aputula (Finke), avoiding the choking dust that those further back in the starting order would have to deal with.

Flagged away at 7:30AM on Sunday, 12 June, Price and Duncan would complete the first leg on the red dirt in a record time of one hour, 36 minutes and 38 seconds. Next best was James in the Alumicraft Pro buggy, 5m5.6s slower, with Prolite entrant Brent Martin (Jimco buggy) third, a further 1m12.3s in arrears. 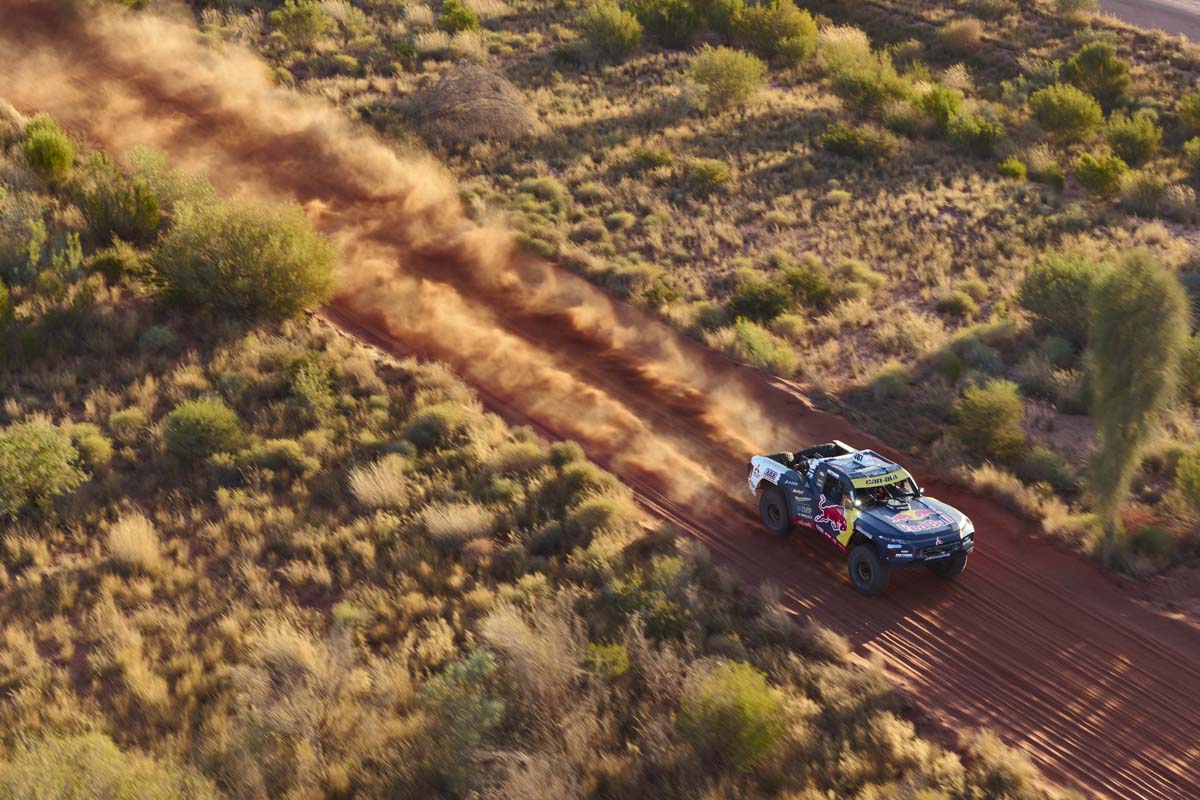 As in past Finkes, the attrition rate was high this year, with 41 starters failing to reach Aputula, some after completing only a handful of kilometres. These included Howells and winner of the previous AORC round, Shane Elphinstone (Jimco Pro buggy). Taylor finished well down the order due to multiple punctures, while Robinson was one of the last to roll into Aputula.

After previous failed attempts, Price knew he didn’t have the win in the bag until he’d completed Day 2’s 224km return run to Alice Springs on Monday, 13 June. And even with a five-minute buffer, he’d have to drive fast as well as smart. 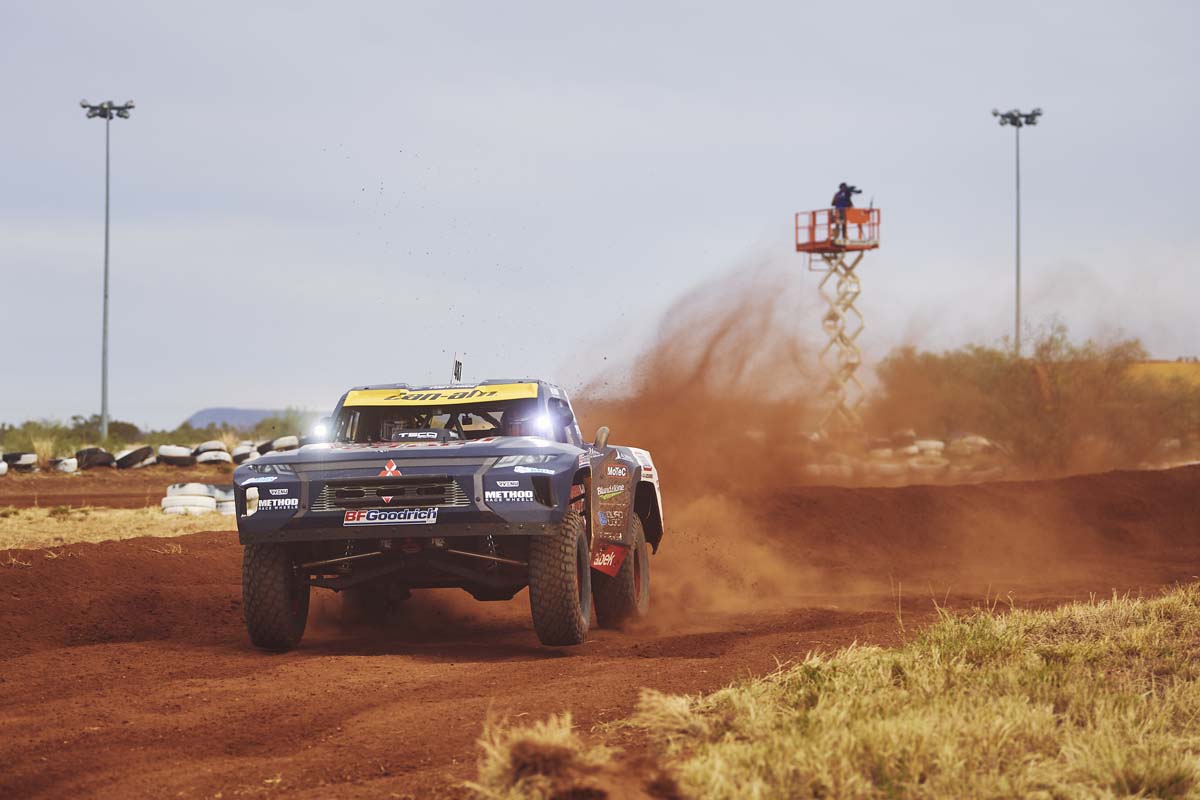 That proved to be just what Price did, allowing James to set the fastest time on the return leg. But even with almost three minutes of his lead conceded to the Pro buggy entrant, he and Duncan still won the overall with a total time of 3 hours, 21 minutes and 46.2 seconds – a new outright record at Finke.

“We're stoked and it was a good run back,” Price said. “We didn't push, we didn't do anything crazy. I just can't thank my crew enough for all their efforts.
“We had a really good run yesterday, and the hardest part is that you don't know what's going on behind you. You push really hard, and the boys have done a great job with the truck... everything has turned out really good.” 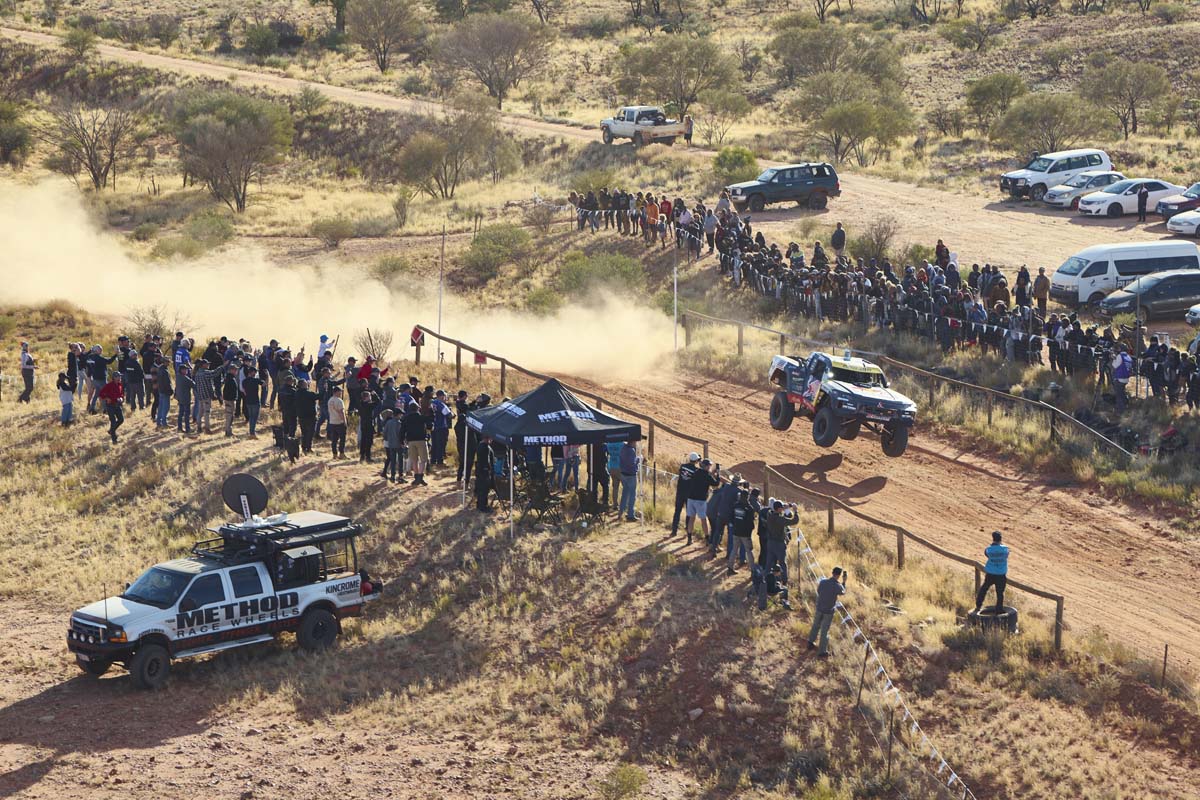 A further 28 entrants failed to finish on Day 2, including Whateley and veteran off-road racer Geoff Pickering (Production 4WD Pajero). Of the 165 starters, only 82 completed both days.

In the AORC, Swinglehurst is the new championship leader, replacing Taylor at the top of the points table after three rounds. Brett Comiskey (Geiser Trophy Truck) is third overall in the championship, ahead of Rentsch and Smoothy.

The next round of the Australia Off Road Championship is the Can-Am Loveday 400 in South Australia on 30-31 July.