As it enters its second year in the Australian market, Jeep’s Gladiator ute has received a selection of updates, headlined by the addition of a ‘Night Eagle’ variant, a spec upgrade for the Rubicon and increased payload capacity across the range. 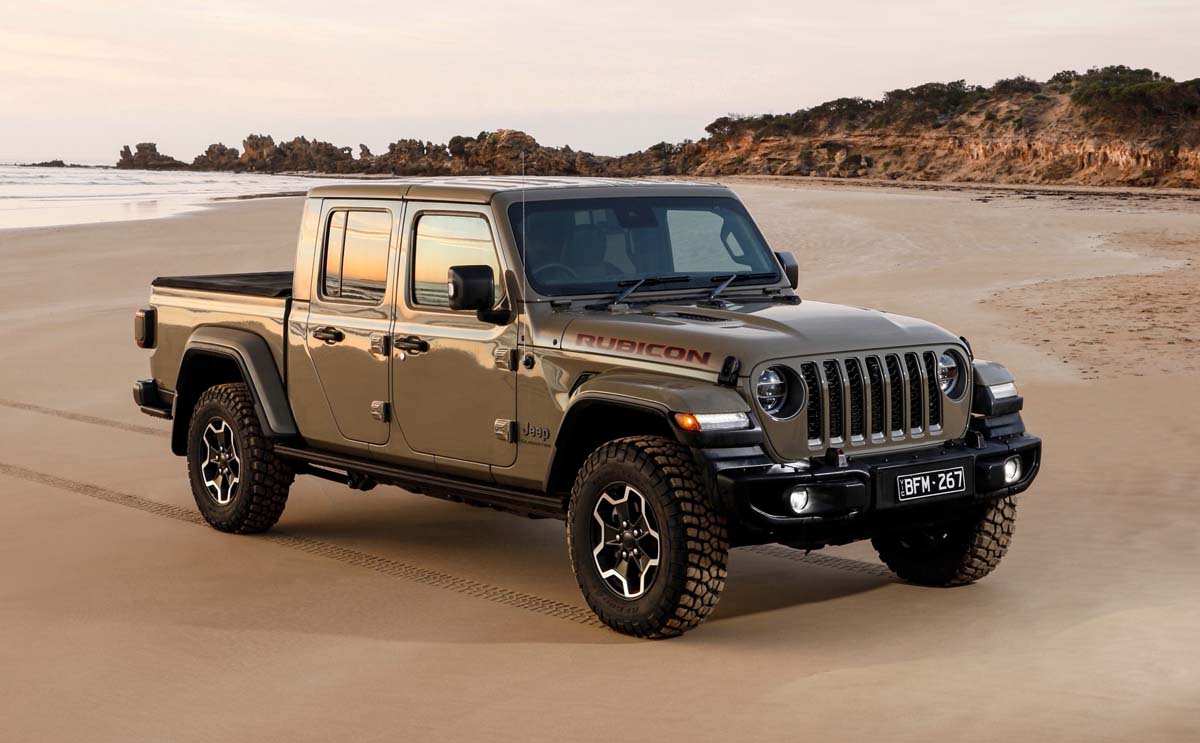 Adding the Night Eagle means that the Gladiator joins the Compass, Grand Cherokee and Wrangler in offering this “urban adventurer” variant.

“We’re constantly looking at ways to improve customer value with our vehicles, and the Jeep Gladiator Night Eagle ensures customers can buy into the Jeep Gladiator range and gain premium equipment as a standard,” said Tom Noble, Marketing and Communications Director, Jeep Australia.

The Night Eagle is the new entry-level Gladiator. And while it carries a $3,000 premium over the Sport S it replaces, Jeep claim the Night Eagle adds a “20% customer advantage”.

Despite the name suggesting it’s another blackout special, the Night Eagle is available in nine colours (including a limited-edition ‘Gecko’ bright lime green), all of which feature 17-inch black alloy wheels, a gloss black grille and black exterior accents throughout. Body-coloured wheelarch flares and deep tinted rear side windows complete the Night Eagle’s exterior specification.

Underneath, there’s a 4.10 rear axle ratio and 240 Amp alternator, while inside, the Night Eagle adds a larger 8.4-inch Uconnect touchscreen with sat nav, Apple Carplay and Android Auto connectivity, a security alarm and remote starting.

None of the aforementioned features were standard on the Sport S.

New for this variant is the addition of heated leather seats and a heated steering wheel as standard. These add $500 to the Rubicon’s starting price, with all other features unchanged from the current Rubicon.

Finally, addressing a weak point in the Gladiator’s specification is a payload increase across the board, now at 693kg, which officially moves the ute’s rating from ‘off-road passenger vehicle’ to ‘light goods carrying vehicle’. Previously, the Gladiator’s payload capacity ranged from only 527kg (Overland, Sport S) to 620kg (Rubicon).

“After a year of being on the market in Australia, we’ve listened to our customers and have invested in improving the payload capacity of the Gladiator, elevating its capability and adventure-ready stance,” Noble added.

Maximum towing capacity across the Gladiator range is unchanged at 2721kg.

The mid-year Gladiator makeover, announced on 21 June and in dealerships now, makes no mention of the Overland variant, suggesting it will join the Sport S in being discontinued. With the Rubicon now carrying some of the interior features that were previously exclusive to the Overland, that discontinuation seems even more likely, but both the Overland and Sport S were still on the Jeep website at time of writing.