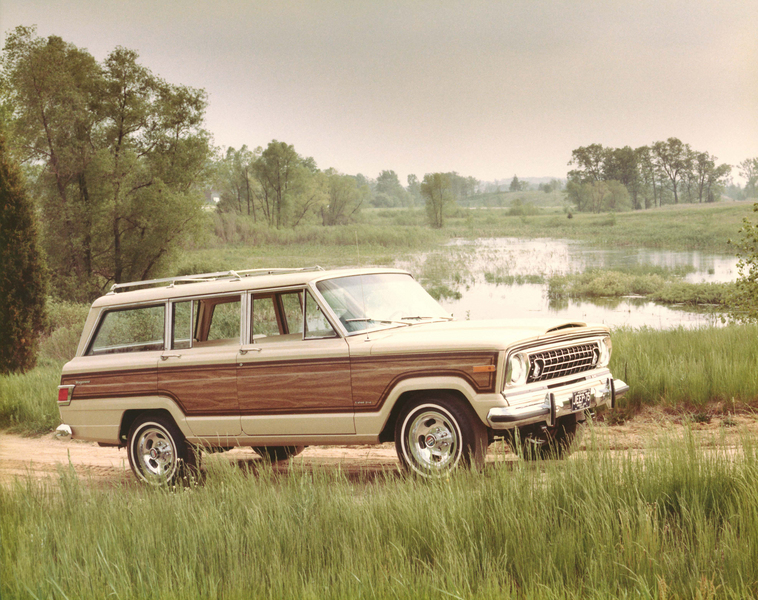 As production for the military was significantly reduced it was essential that Jeep capitalise on this popularity and to convert this status into peacetime civilian sales
The role of the Jeep in WWII provided publicity and endearment for a vehicle like none before it.

As production for the military was significantly reduced it was essential that Jeep capitalise on this popularity and to convert this status into peacetime civilian sales.  On one hand Jeep successfully developed the civilian CJ series Jeep, but more adventurous was its attempt to build a luxury 4x4 wagon. It was a journey that started in 1946 when the Model 363 Jeep Station wagon debuted.

The Jeep Station wagon played a crucial part in Jeep's post war strategy to diversify its product line while playing on its universal reputation. The Wagon changed little over the years, and by the 1960s was tired and desperately in need of replacement. Completely new in virtually every aspect, its radical replacement was introduced on November 14, 1962.

Developed over 3 years at a cost of $20 million, the Jeep Wagoneer was aimed at the mainstream motoring public.
It was initially offered as a two or four door wagon, in 2 or 4WD, and powered by a new OHC 6-cylinder engine. It was bold and modern in styling, yet had rugged good looks in true Jeep tradition. The company described the Wagoneer as "the first station wagon to provide complete passenger car styling, comfort and convenience in combination with the advantages of four-wheel drive".

The Wagoneer's styling retained continuity with past Willy's models with a simple, functional front end with familiar vertical grille. A fresh look was achieved by extending the outer edge of the fenders and hood forward to encircle the grille and front lights. Custom models were identified by stainless steel trim around the windscreen, rear back light and side windows.

The Wagoneer was the most car-like of any vehicle produced by Jeep, combining passenger-car comforts with off-road capabilities. The 1962 Wagoneer was available in six different models: two and four door 2WD, and 4WD wagons, and 2WD and 4WD panel deliveries with its rear quarter panel windows replaced by sheet steel, and rear vertical doors, rather than a tailgate.

The standard engine was a Tornado 230 OHC six, mated to a column-mounted three-speed manual, or optional GM three-speed Turbo Hydramatic. Wagoneer's fitted with a manual transmission were fitted with a single-barrel Holley carburettor, while the automatic transmission came with a Holley 2-barrel unit.
As well as the new engine the Wagoneer came with new front suspension systems. There were two different 4WD versions available with independent suspension or solid front axles for heavy-duty use. 4WD versions utilised a heavier solid front axle with longitudinal leaf springs and hydraulic, double-action shock absorbers.

Wagoneer 1964 - 1968
No changes were made to the mechanical specifications or appearance of the Wagoneer for 1964. Air conditioning was added to the list of options and a lower compression version of the OHC 6-cylinder engine was available.
In 1965 the Wagoneer became the first Jeep vehicle to be offered with a V8 engine when the American Motors' 327ci V8 became available as an option. The OHC six was still the standard engine, with the 'Vigilante' V8 optional. Standard transmission for the V8 was a column mounted three-speed manual, or optional GM three speed Turbo Hydramatic. A four-speed manual was added in 1965 and continued optional until 1972.

The standard OHC 6-cylinder 230 engine was replaced with the AMC 232 Hi Torque 6 in 1965. A new safety package was standard on all 1965 Wagoneer models and consisted of front and rear seat belts, padded sun visors, high impact windscreen, chrome outside mirror, dual brake system, 4-way warning flashers, backup lights, and dual-speed wipers.
The Super Wagoneer was introduced in 1966 and was the first American luxury four-wheel drive vehicle. This was an important step in the evolution of the Wagoneer into a prestige vehicle.

1969 Wagoneer
All two-door models were dropped from 1969 as were the Super Wagoneer and Panel Delivery. The 145hp Hi-Torque 6-cylinder engine remained the Wagoneer's standard engine, but a 350 'Dauntless' V8 supplied by Buick replaced the AMC 327ci V8.

1973 Wagoneer
Following four years of development Jeep introduced the Borg-Warner Quadra-Trac 4-wheel drive system in 1973. American Motors described "the basic philosophy of Quadra-Trac as simple; regardless of the driving conditions the front and rear differentials automatically adjusted the power and speed of the wheels they controlled, thus, each wheel received the correct proportion of driving power required."

The Quadra-Trac automatic full-time four-wheel-drive system was a major advance in 4WD technology providing superior traction on all road surfaces and conditions.
A unique limited slip third differential (which received power from the rear of the transmission via a duplex chain) was mounted mid-way on the drivetrain with a cone clutch set-up with a torque biasing ability which enabled it to transmit power to the front and rear differentials in the proportion required by the road conditions. This resulted in maximum handling response under all driving conditions.

Quadra-Trac was a quieter system and eliminated the need for free wheeling hubs. Powering the 1973 Quadra-Trac Wagoneer was the 360ci V8 with standard 2-barrel carburettor, or optional 4-barrel carburettor version.
The 1973 Wagoneer range included a number of other improved features. The clutch linkage of manual transmissions was redesigned for easier operation and longer service life. The 3-speed all synchromesh manual transmission now utilised a floor shift, as did the optional 4-speed manual, although the Turbo Hydra-matic used a column shift.

The dash was redesigned and incorporated a three-section cluster housing the speedometer/odometer in the centre with the fuel and temperature gauges along with warning lights for parking brake and brake failure to their left.
The Wagoneer was offered in both standard or custom models with the latter featuring a woodgrain trim for the instrument cluster and a colour-keyed instrument panel, steering column and steering wheel.
The following year Jeep introduced another 4WD wagon alongside the Wagonner, the Cherokee, which saw the birth of another iconic nameplate to the Jeep stable. 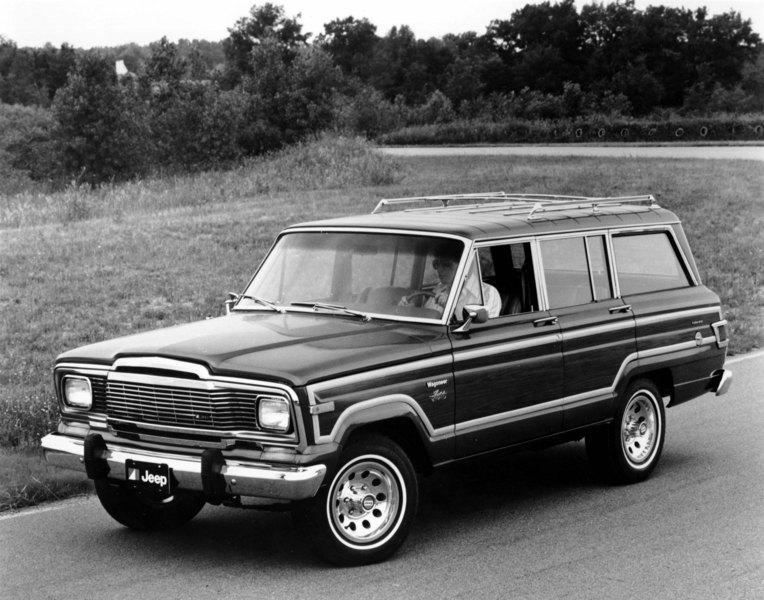 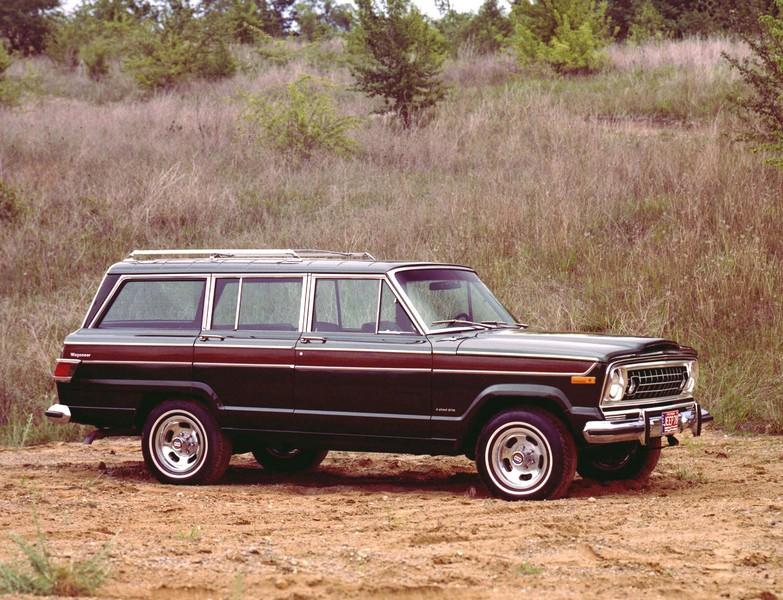 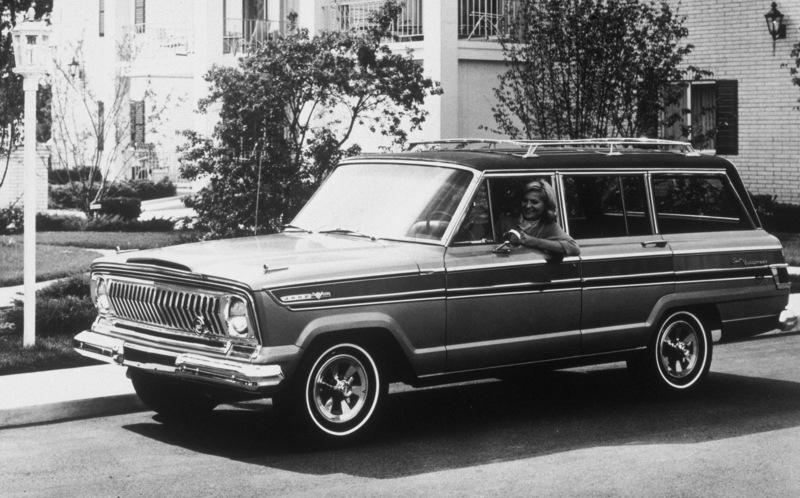 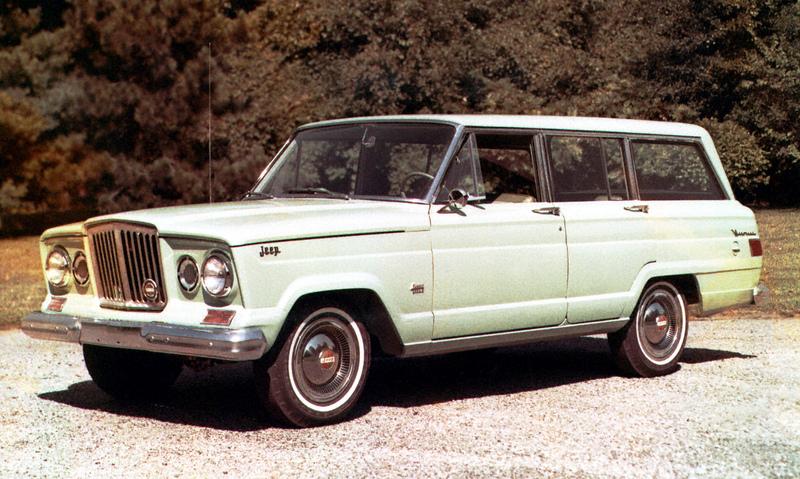