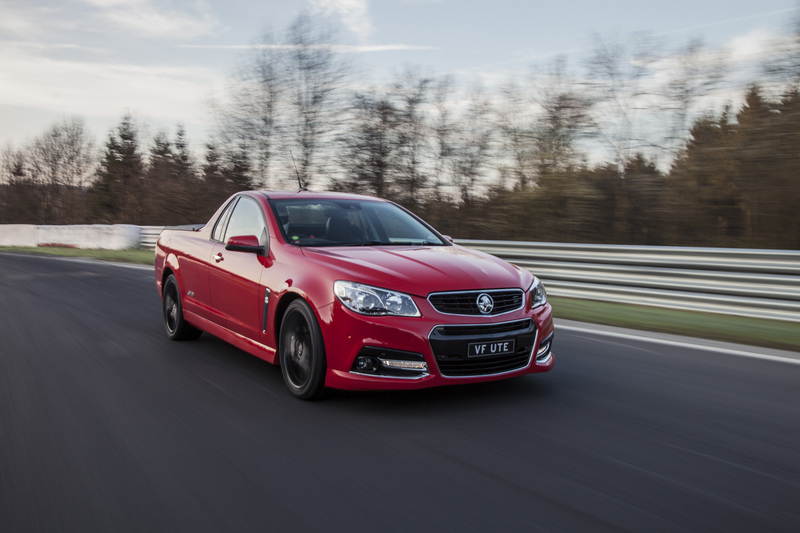 The sports version of the new VF Commodore ute posted a best lap around the 20.8km Nordschleife section of the Nurburgring of a sizzling 8m 19.47sec. This is claimed by Holden as a new world-record lap for a commercial/utility vehicle, eclipsing the marks previously set by Ford and Dodge pickups.

Holden Dynamics Engineer, Rob Trubiani, was at the wheel of the Redline for the record attempt this past April. While he may seem an odd choice, he's one of a chosen few engineers approved to drive the circuit - and no doubt came a bit cheaper than a 'name' race driver!

"We came up with a plan to tackle the Nurburgring and break the world record for a commercial or utility vehicle but when we did our research it seemed one didn't exist, so we decided to set a record instead!" Trubiani said.

"Without a lap record to break, we sat down and calculated what we thought the Ute could do and targeted around 8min 30sec. Initial practice sessions at the track confirmed that was a stretch target, so that's what we aimed for. To slash 11 seconds from that time with an 8m 19.47sec lap was incredible. There may not have been a utility-vehicle record before but I'm proud to say the VF SS V Redline ute is now the Nurburgring benchmark!"

Trubiani's world-record mission was assisted by Holden technician, Michael ('Turbo') Cutajar, who is employed at Holden's Proving Ground in Lang Lang, Victoria. The Nurburgring program was conducted during the 'Industry Pool' days, during which the Nordschleife track is shut to the public and manufacturers have exclusive access.

"The Nordschleife section of the 'Ring is the ultimate test of man and machine. It's 20.8km long and has more than 170 corners with huge elevation changes and multiple surfaces - there is no tougher test for a car and its dynamics," Trubiani said.

"If a vehicle can handle The Green Hell it can handle anything and proves yet again that Holden's testing and development processes produce world-class cars with world-class handling."

"Being surrounded by mostly European manufacturers at the industry days, the Ute really stood out and I was getting plenty of thumbs up. Plus a few of the more expensive European cars on the track got a shock as this red Aussie Ute flew past them!" continued Mr Trubiani.

SS V Redline in detail
The pinnacle of Holden's performance range, the SS V Redline range (which comprises a sedan and wagon, as well as a ute) has been specifically designed and tuned to maximise the three fundamentals of vehicle performance: Go, Stop and Turn.

SS V Redline models are equipped with unique, ultra-sports tuned FE3 suspension, along with the widest wheels and tyres ever fitted to a mainstream Holden and the first 'split' front and rear tyre arrangement - a combination of 19x8.5-inch front wheels with 245/40/R19 ultra high-performance tyres and larger 19x9-inch rear wheels with 275/35/R19 ultra high-performance tyres.

"The Ute was simply awesome to drive on the Nurburgring. When it comes to Go, Stop and Turn the SS V Redline is the ultimate Holden," Trubiani said.

"The redesigned suspension, the electric power-steering system, strategic weight reduction in key areas like the aluminium bonnet and countless other engineering upgrades has elevated the VF to a new dynamic level."

The 'Ring Runner SS V
The SS V Redline ute that set the lap time was a "product-correct" engineering test vehicle that was being used in Europe for validation purposes before taking on The Green Hell. That means it was stock standard, apart from a small amount of additional negative camber dialled into the front wheels (although still within production tolerances) and the removal of the speed limiter.

Holden reported that the Ute ran flawlessly for seven days and 35 laps in total. The only components that required changing during the entire 720km testing program were tyres and brakes.

Extra
Mark Reuss, President of General Motors North America and former Managing Director of Holden, also drove the SS V Redline at the Nurburgring and described the Australian icon as: "Spectacular. The steering system is one of the best I've ever driven - a perfect balance with real track capability."

The lap record at the Nurburgring will form the basis for the new VF ute advertising campaign.

For video of the full lap, exclusive behind-the-scenes footage and to download a World Record Ute mobile game visit http://www.holden.com.au/worldrecordute 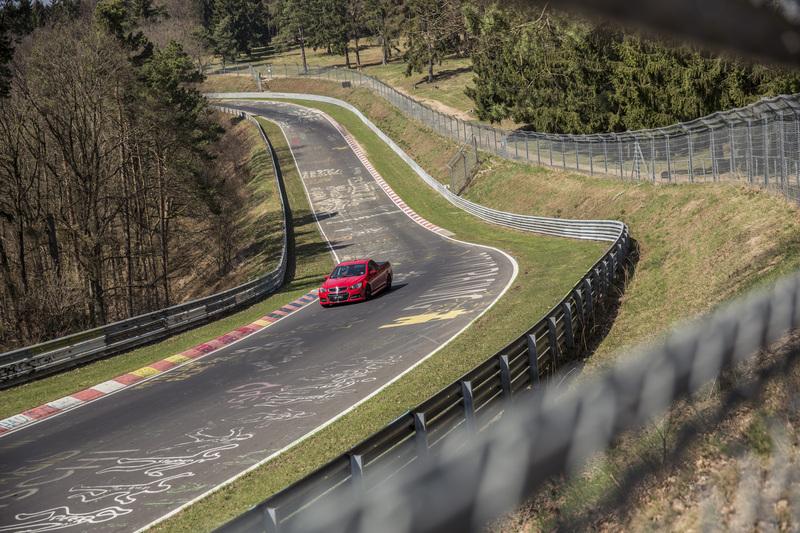 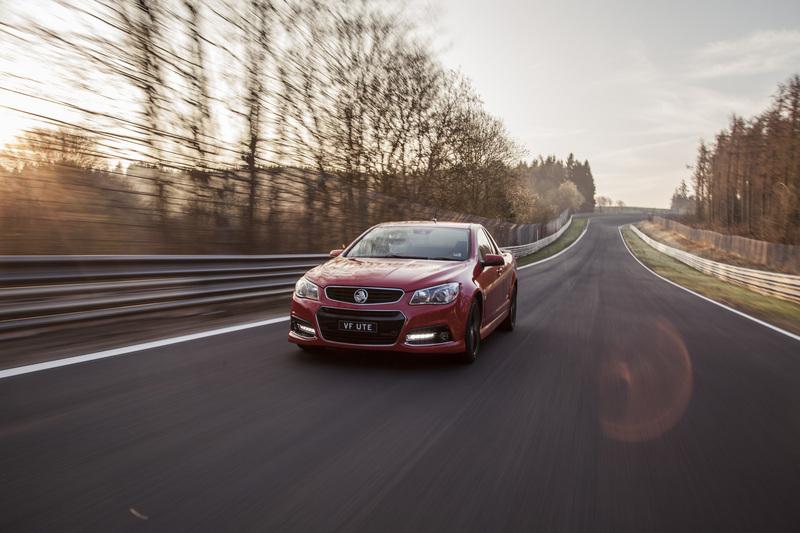 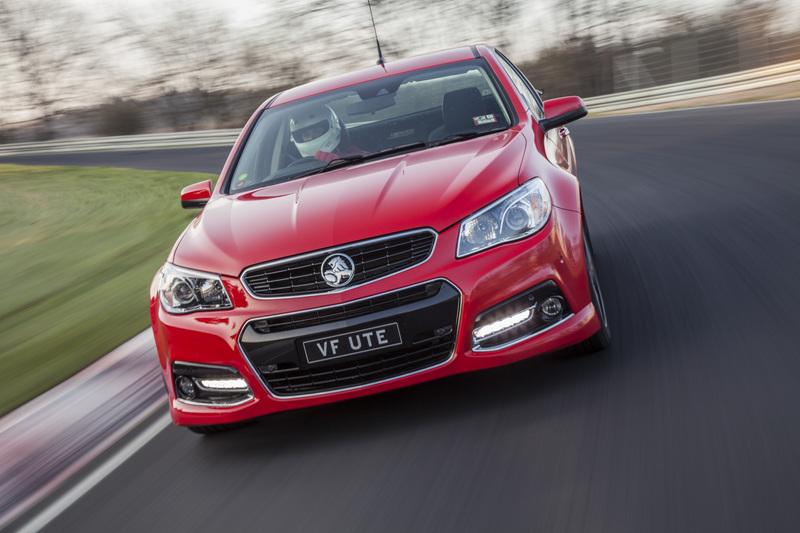 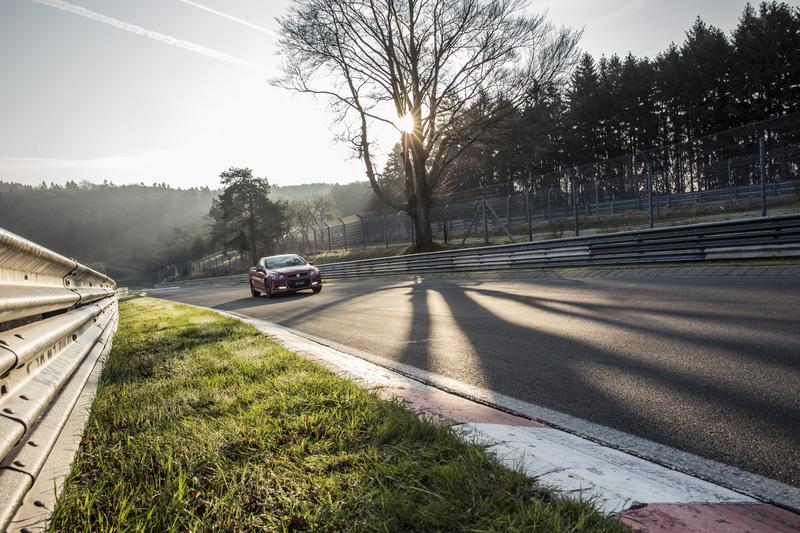 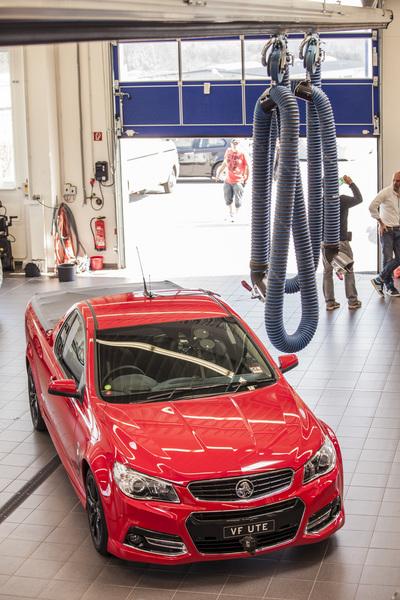 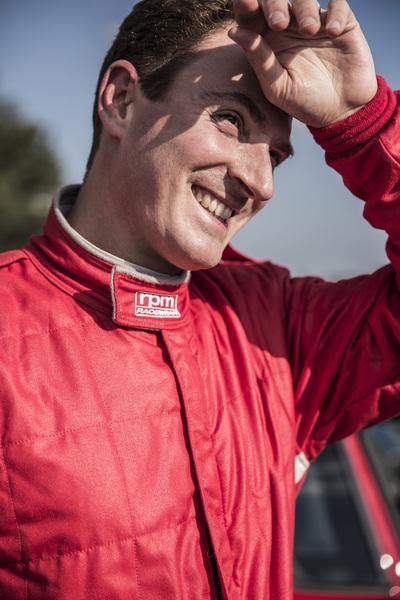