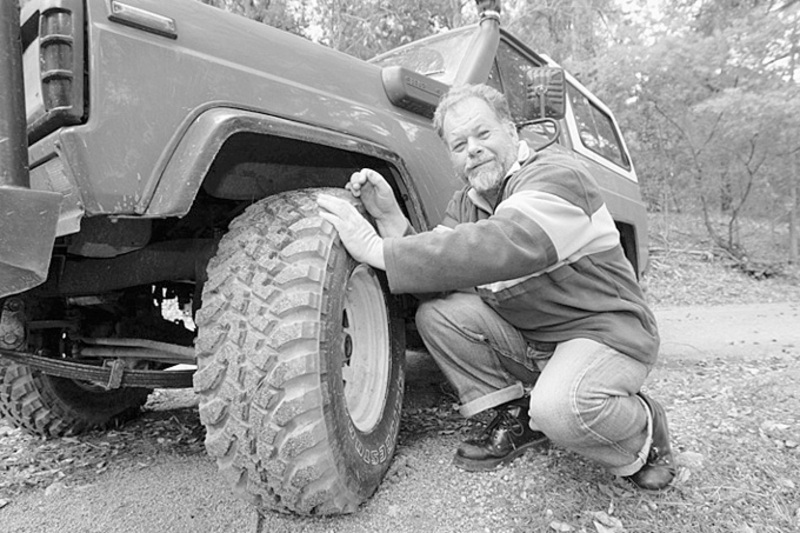 Stephen Smith will tell you that he does nothing out of the ordinary to prolong the life of his tyres.

So it's pretty incredible that a set of Bridgestone D673 Mud Duelers fitted on Stephen's Nissan Patrol in 1998 clocked up almost 130,000km. And the two rear tyres are still going! "I went in for a routine tyre replacement recently and the Bridgestone technicians were amazed at the condition my tyres were in," Stephen said. "They kept asking what I do that's so special that my tyres have lasted this long and when I said nothing, they immediately suggested I ring their head office.

"I still have the receipt from when I purchased the tyres so I knew I had got some great mileage out of them - I just didn't realise how good it actually was." When Burkhard Kabelitz, Brigdestone's National Technical Field Service & Product Planning Manager heard Stephen's story, even he was surprised. "The Dueler D673 is designed to be tough and durable but to get this level of performance is outstanding," Burkhard said. "It's really pleasing to get positive feedback from a customer who has put our product to the test." "The Dueler D673 suits anyone with both on-road and off-road requirements and combines the aggressive performance of a maximum traction tyre lug with responsive on road handling."As for Stephen, he's looking forward to getting another eight years value for his new Duelers.