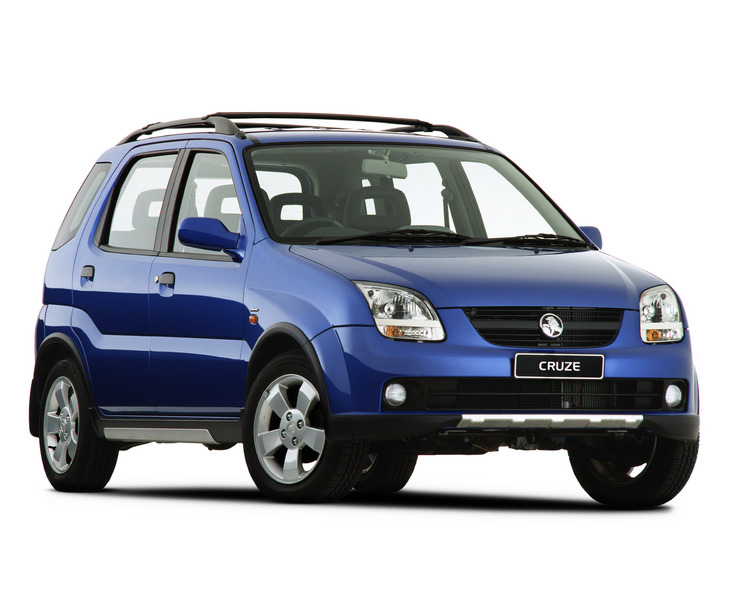 From there Holden took a stake in the project and the Holden Cruze was born.
A slick Holden designed body was placed on a Suzuki Ignis platform, with essentially the same mechanicals. For the local market the Cruze gained increased ground clearance and the largest engine that could be accommodated, which at 1.5-litres and 74kW was hardly cause to get excited! It also inherited a simple all-wheel drive system, which was basically a front wheel drive arrangement with torque distribution occurring when front wheel slip was detected. It was a simple system employing a viscous coupling on the propellor shaft. The system worked well on slippery roads, but upon leaving the tarmac the Cruze was sub-standard to competitors, such as the Daihatsu Terios and the Suzuki Jimny - both of which delivered genuine dual range 4x4 capability.
On gravel roads the Cruze pitched noticeably and the live rear axle hopped around, creating a feeling of instability. The driver had no means of activating four-wheel drive or allocating traction equally between front and rear axles, so it was more a case of getting into trouble before traction was distributed accordingly. Ground clearance was ordinary and the revs needed to be kept up to cross rough terrain, resulting in a bouncy and jerky ride experience.
The Cruze was available with standard five-speed manual transmission or optional four-speed automatic.
Externally the designers did a good job, supplying an athletic and appealing body, with wide stance and flared front wheel arches.
For a small car the Cruze had a surprisingly roomy cabin with adequate room for four occupants. The finish was light and modern, with brushed aluminium surfaces surrounding the information centre and air conditioning vents and main instruments and gearshift between the seats. Standard equipment included 15-inch alloy wheels, power steering, power windows and mirrors, air conditioning, remote central locking, immobiliser, CD player and four-speaker system. The interior was well packaged with chunky controls and colourful trim inserts. Seating was basic, lacking in lumbar support. One instrument that was more of a gimmick than anything else was an information display on top of the dash that provided date, time, running time and average speed. Large air conditioning dials were easy to use and he radio was a Clarion, with average sound quality.
Storage solutions were generally clever with a small glovebox and an under-dash tray incorporating a cup holder in either corner. Other features included adjustable steering column, twin vanity mirrors and four roof height grab handles.
Boot space was small, although the 50/50 split rear seat could be followed forward to increase cargo space.
The Cruze was very much a compromise and never fulfilled the niche market it craved. To meet Australian conditions ground clearance was raised 180mm allowing Holden to take advantage of lower 4WD tariffs. Cruze's track was increased by 10mm on each side, which necessitated numerous engineering modifications to front struts, steering tie rods and front control arms. The suspension was locally tuned, and ride and handling was good on road. The 1.5-litre engine struggled on hills driven hard to maintain revs. Being basically a front wheel drive and compact in size the Cruze was happiest in an urban environment. Not unpredictably, the Cruze did not have a long lifespan in the Holden stable. 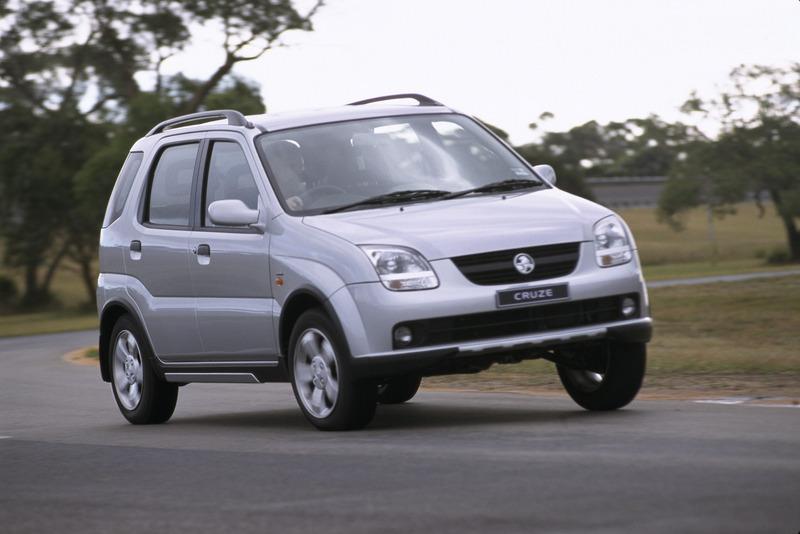 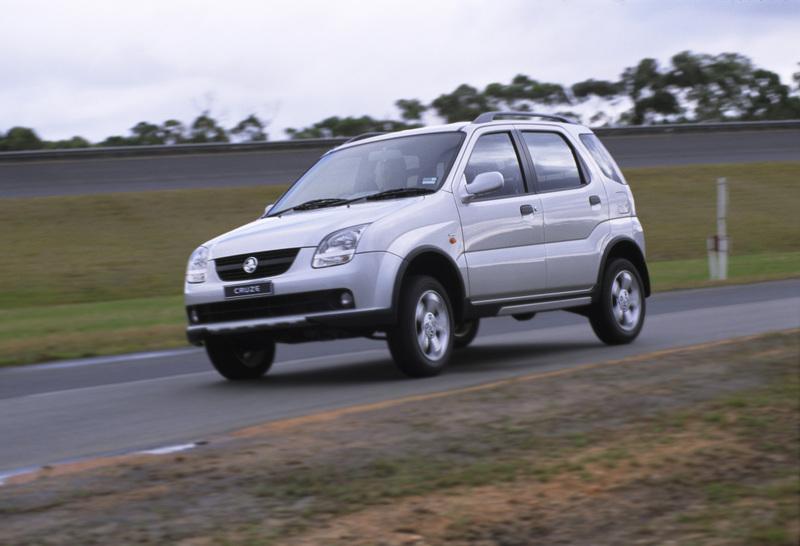 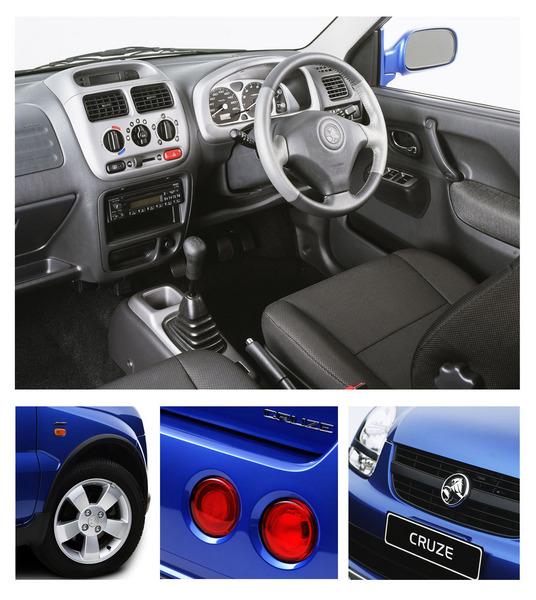 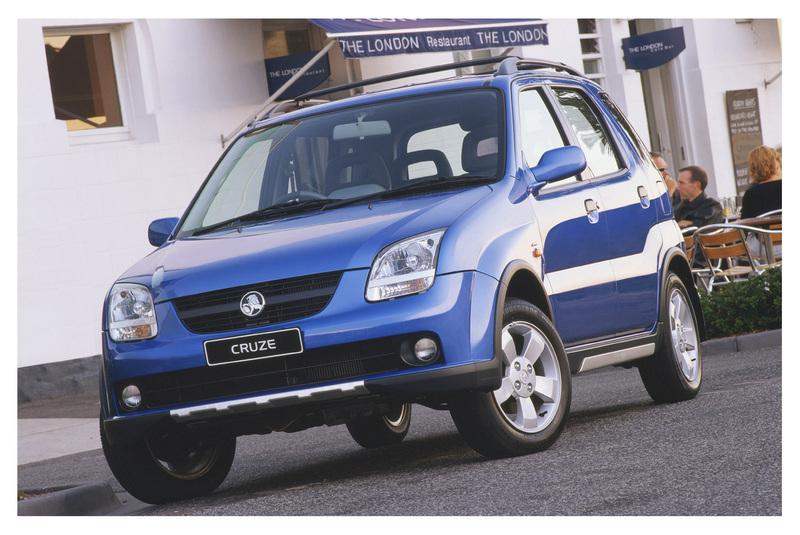 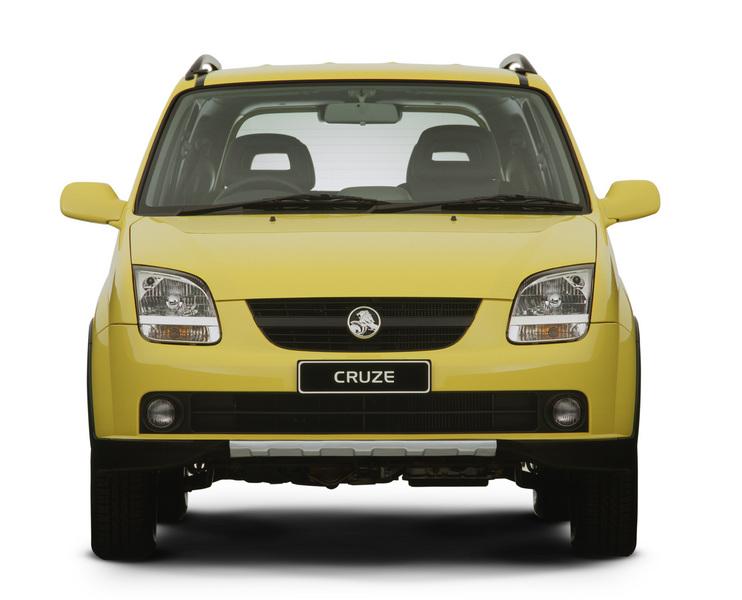 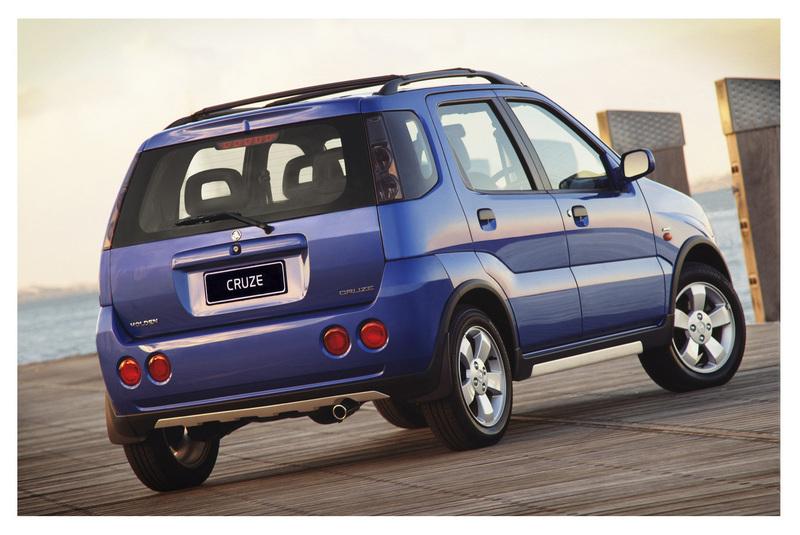 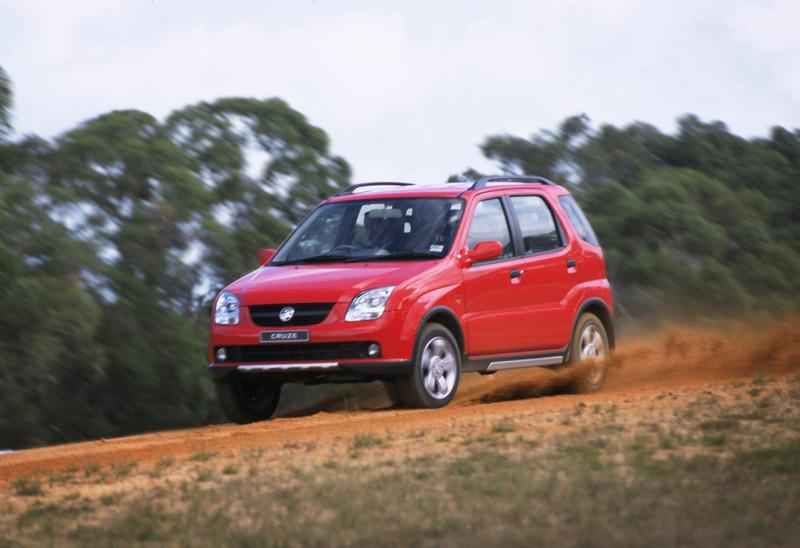 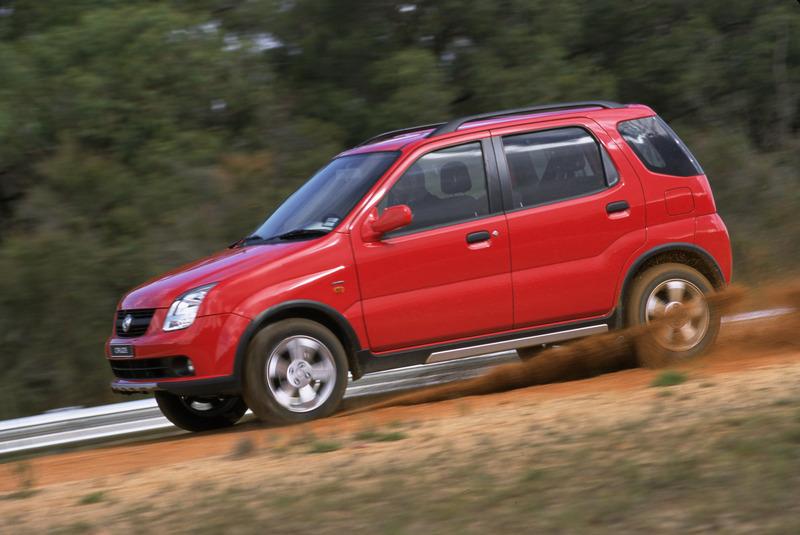