"The SEMA Award helps guide consumers toward the hottest-trending and most accessory friendly vehicles on the market," said Kersting.

"Our SEMA show exhibitors are industry visionaries who determine the winners of the SEMA Award based on the vehicles they showcase in their booths. Each booth vehicle represents a 'vote' and the most prominent models in each category are the winners."

Jeep have also used this year's running of the annual auto industry aftermarket show in the US to unveil Mopar 'Jeep Performance Parts', a new portfolio of high-end, hard-core Jeep parts, including axles, lift kits, bumpers, winches, skid plates and suspension components. More than 300 Mopar performance parts and accessories are now available in the US to suit the Jeep Wrangler, offering factory-engineered solutions to increase off-road performance.

"Jeep Wrangler is an icon and one of our most customized vehicles," Gorlier said. "We offer more than 300 performance parts and accessories for the vehicle and we'll offer even more with the creation of our Mopar off-road division that will create new Jeep Performance Parts."

Chrysler's performance parts division, Mopar (a simple contraction of the words MOtor and PARts) celebrates its 75th Anniversary in 2012. After its debut in 1937, the Mopar brand made its mark in the 1960s—the muscle-car era. The brand has expanded to include technical service and customer support.

Australian availability of any of the Jeep Performance Parts range or Mopar engine upgrade kits is unconfirmed. 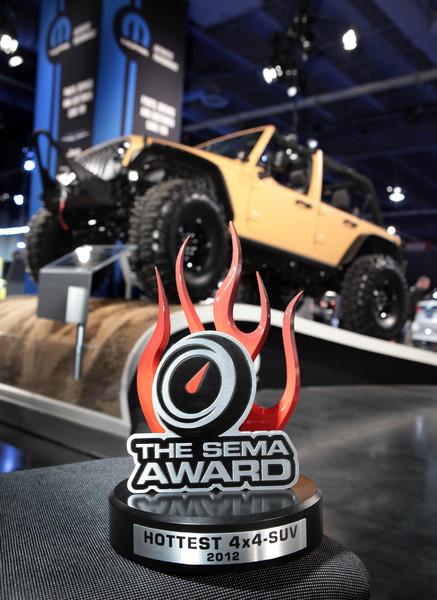