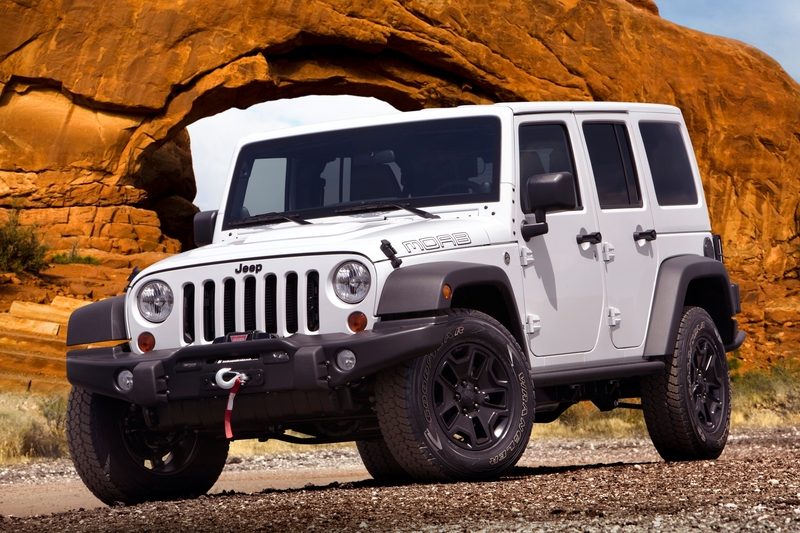 Based on the Wrangler Sahara model, the Moab limited edition takes its name from a rocky region of Utah popular with off-roaders and 4x4 rock-climbing competition.

Petersen publishing's 4-Wheel & Off-Road's "4x4 of the Year" competition included hundreds of miles of trails, where editors evaluated suspensions, drivetrains, transfer case functionality, and off-road performance - on sand, mud, dirt and rock - as well as styling and value. They tested everything from how well a vehicle climbs severe, rocky terrain, to how fast it can drive across the desert, and every scenario in between.

"The 2013 Jeep Wrangler Moab edition proved once again what a Jeep is all about." said Rick Péwé, editor-in-chief of Petersen's 4-Wheel & Off-Road. "The Moab edition has the basic options that allows for great backcountry exploring and 4-wheeling without the fear of not returning to civilization. The Moab edition is another hit for Chrysler in the long 70-year history that is the Jeep brand. It never fails to deliver in this package."

"The editors of Petersen's 4-Wheel & Off-Road magazine always put vehicles through the toughest paces in their '4x4 of the Year' testing. We're pleased this opinion-leading publication has recognized the outstanding capability of the new Jeep Wrangler Moab edition."

This latest honor from Petersen's 4-Wheel and Off-Road magazine is the fourth award for the 2013 Jeep Wrangler in the past two weeks in the US. The Texas Auto Writers Association (TAWA) named Jeep Wrangler the "Mid-Size SUV of Texas," while a panel of journalists and professional athletes awarded it the "Best Off-Road Value" in the 2013 Active Lifestyle Vehicle of the Year, in a competition in Arizona.

This week, Jeep Wrangler was also named the "Hottest 4x4 SUV" of the 2012 SEMA (Specialty Equipment Market Association) auto industry aftermarket show in Las Vegas, where a number of stunning Jeep, Chrysler and Fiat concepts and production cars have gone on show.

Wrangler sales reflect the media praise, with sales up 18 percent in 2012 (through September).

New 2013 Jeep Wrangler Moab
To kick off the 2013 model year, Jeep Wrangler debuts a limited-edition model named after one of the most popular off-road destinations in the world - Moab, Utah. The Jeep Wrangler Moab is based on the Wrangler Sahara model and is equipped with hardware popular with off-roading enthusiasts.

An Australian release for the Jeep Wrangler Moab edition is unconfirmed. 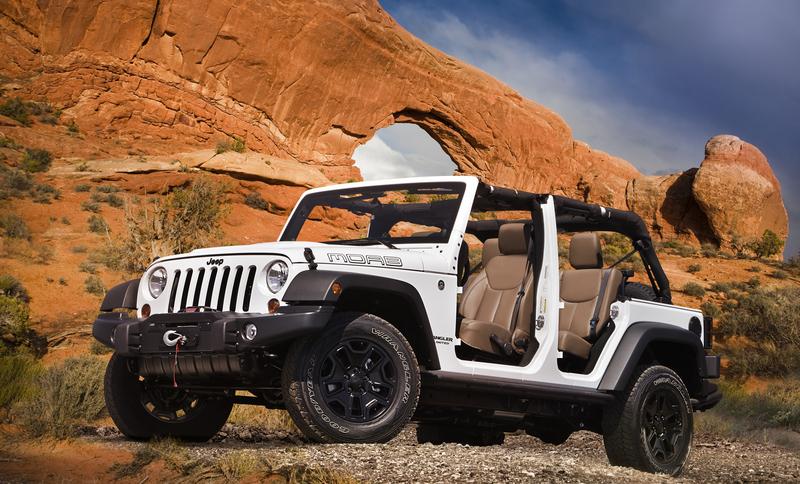 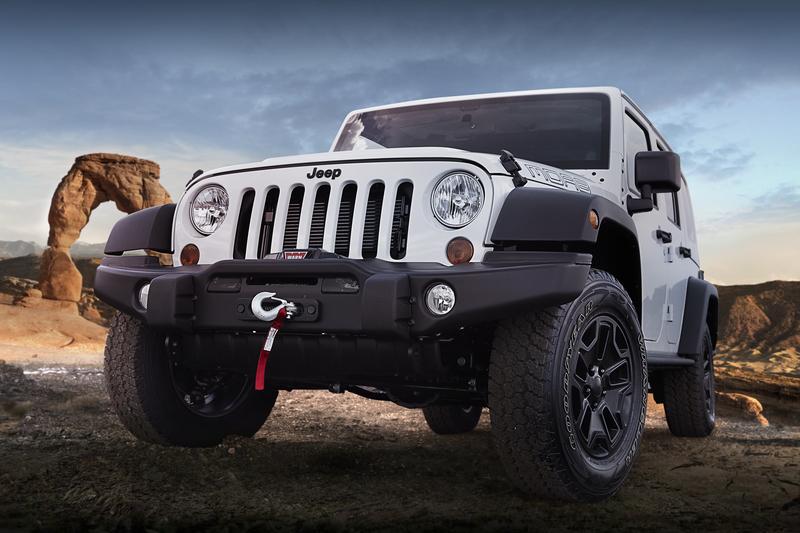 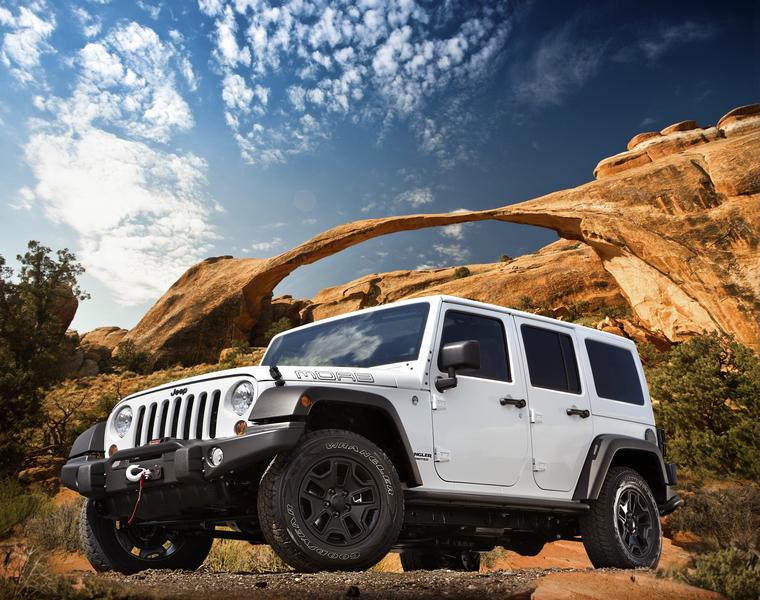 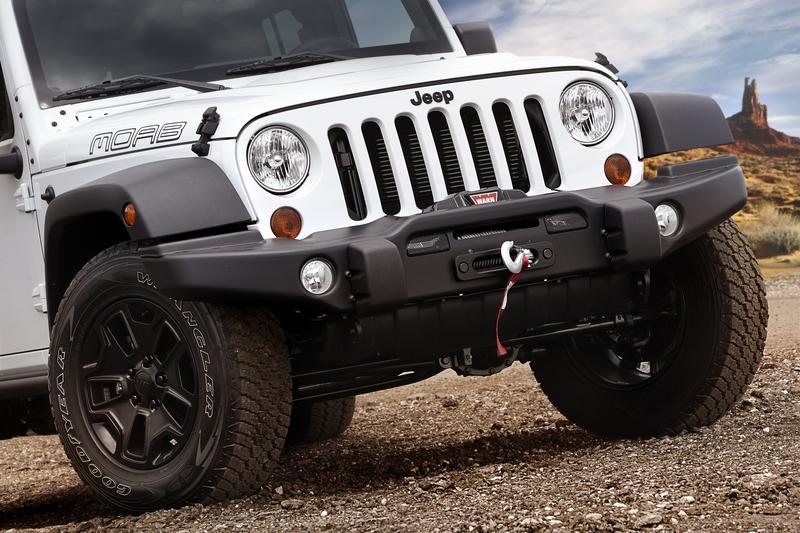 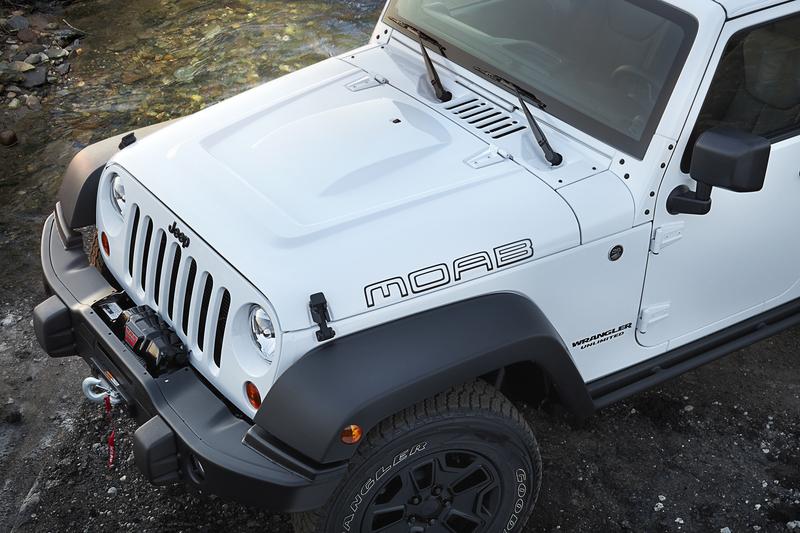 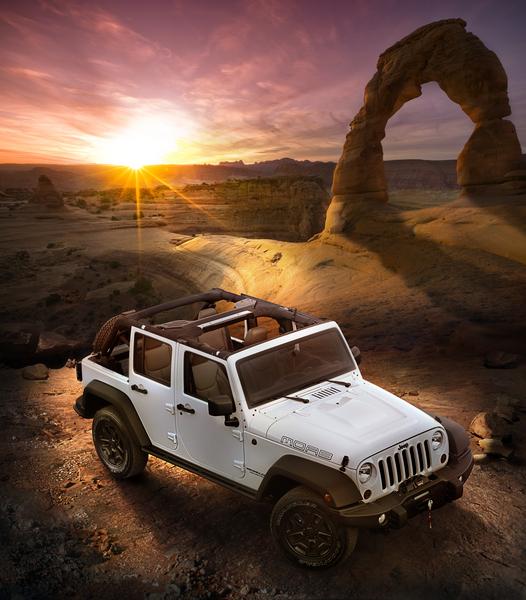 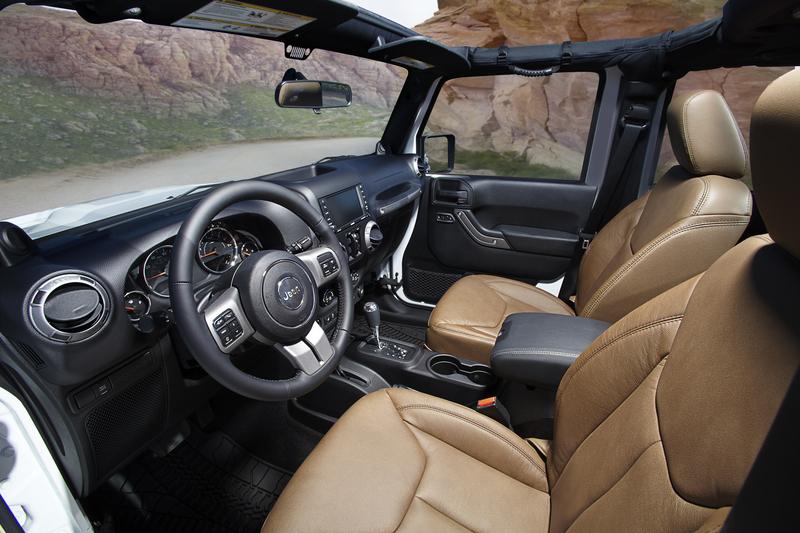