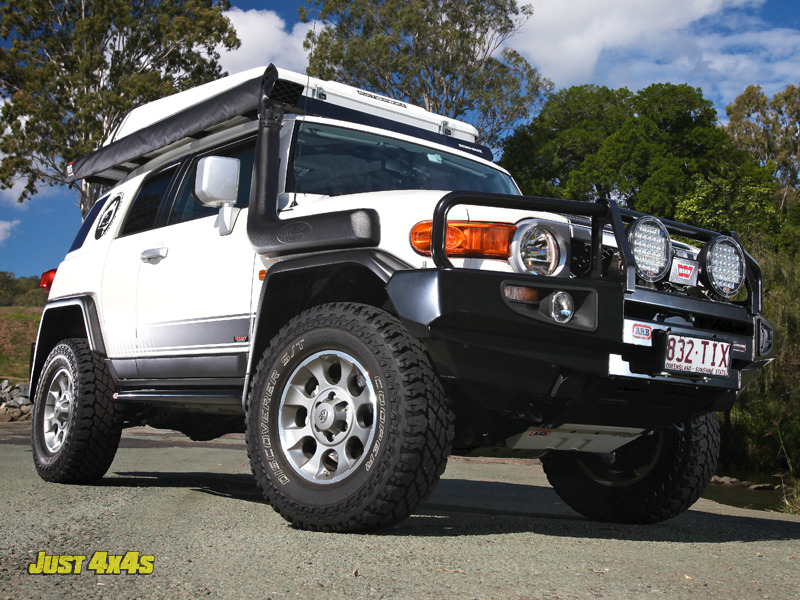 It's fair to say that Toyota's FJ Cruiser has been a bit of a 'slow burn', at least in this country. First revealed as a concept back in 2003 and hitting the US as a 2006 model, it wasn't until 2011 that this distinctive vehicle hit the local market. Up against the Hummer H3 back then (a vehicle it was ostensibly created to compete against), the FJ didn't really hit its straps for a year or two. Nowadays, while it doesn't sell in the volume of the LandCruiser or most of Toyota's other off-roaders, the FJ is still an important niche vehicle for the company.

What makes the FJ Cruiser interesting, aside from its distinctive appearance, are the uses it's been put to and the people it appeals to. One of the latter is Wolfgang, who owns the vehicle featured.

"Up until about a year ago, I didn't even like the look of this car," Wolfgang laughed. "But we - eventually - fell in love with the look. And it's just ideal for us. It has really good capabilities right out of the box in regards to four wheel driving."

As a design engineer who has spent many years in the automotive industry, Wolfgang knows good engineering when he sees it, so was very particular when it came to the upgrades and fitout applied to this vehicle. On the outside, there's a swathe of ARB, Kaymar, Rhino, Maggiolina and other gear, but it's what's under the bonnet that's worthy of particular attention.

Bullet adds Impact
Bullet Cars, supercharging specialists based in Yatala, Queensland, are probably best known for the V8-powered MX-5s they produced in the 1990s. The market for modified sportscars isn't big enough for this to be Bullet's sole revenue stream, so the company have applied their supercharging expertise to a variety of other production vehicles.

In a recent conversation with JUST 4x4s, Bullet Cars' Tom Rabold revealed that supercharging four wheel drive vehicles like Wolfgang's now accounts for around half of Bullet's business. In the case of Toyotas, Bullet can fit superchargers to cover the 80, 100 and 200 LandCruiser, as well as post-1996 Hilux utes, 1996-2011 Prados and the Lexus LX470 and LS400 SUVs. It's not all about petrol engines either, with supercharger kits also available to fit Toyota's 1HZ 4.2lt diesel.

"When we had all the gear on it for long distance touring, the car got really heavy," Wolfgang explained. "With the bar, the winch, the Kaymar rear bar, the rooftop tent and all those little things, [it] added about 400 to 420 kilograms to the vehicle. And we really started to feel it."

Supercharging four wheel drives usually presents a series of additional challenges, and this particular FJ Cruiser was no exception, leading Bullet to apply some clever thinking to keep Wolfgang's beast ticking over at its best.

Firstly, the dual battery set-up limited the placement options for the supercharger and intercooler, but the Safari snorkel was a unique challenge - Wolfgang's vehicle is the only FJ Cruiser where the supercharger had to cater for a snorkel, too. That meant a full custom airbox. Wolfgang also wanted intercooler mods, with a fan to keep things cool when travelling through deep sand.

On the dyno, the supercharger delivers 206kW and 450Nm (at the wheels), around 65kW and a hefty 184Nm over the factory ATW output. Importantly for a 4x4 travelling at varying speeds and on various surfaces, the supercharger power is constant, with no need to spool up like a turbo does and then lose power.

"There was a lot there," Wolfgang said of the upgrade work undertaken by Bullet, "a brake upgrade, the cat-back exhaust system, and the gearbox. So we went out for a long holiday to really give it a good test.

"Bullet recently had it back again. There wasn't anything wrong with what they had done, but I'm a very, very fussy customer! So I just asked them to change things around a do a bit more work on it."

For its second visit, Bullet also came up with a very clever solution for keeping the FJ's transmission cool for low speed sand driving. An additional oil cooler, which Tom from Bullet said is no bigger than a cigarette packet, actually uses return water (50 degrees Celsius cooler than regular radiator coolant) from the supercharger to keep the gearbox temp under control. Of course, this outside-the-box thinking also means the oil cooler doesn't have to hang out in an area to attract airflow, and thus avoids potential damage when off-road.

Space and Air
As already mentioned, the supercharger became a necessity to deal with the vehicle's added weight. Naturally, this extra beef had an impact on the suspension, too.

"I chose them over the usual PolyAir, because with the Airbag Man, you can put 50 psi in it, whereas the PolyAir is only 30," Wolfgang said. "When I'm fully loaded, I would usually pump them up [to the maximum], so the rear is nicely set-up a bit higher than the front."

The extra weight also led Wolfgang to change the front sway bar for a heavy duty sway bar. "Because of the independent front suspension, it was dipping when you drive it on the roads. The heavy duty bar helps a lot."

Up front and out back
The chunky front bar is one of a number of ARB items fitted to Wolfgang's vehicle. At the rear, the Kaymar rear bar has had some bespoke touches personally made by Wolfgang.

"I usually do weeks or months of research before I fit anything. I wouldn't just fit any bullbar or rear bar that hasn't been approved for the Australian market."

The ARB front winch bar comes with a fog light kit and front number plate bracket. The side and slider rocker rails are ARB units, too, while the winch is a heavy duty XDC 9500-pound item from Warn.

Nestled in the centre of the ARB front bar is Wolfgang's own addition in the form of a front-view camera. Connected to mobile phone via WiFi, this was primarily added for safer parking, but also comes in handy for wheel placement when negotiating rough trails.

The Maggiolina rooftop tent is mounted using a combination of ARB and Rhino racks. The thinking behind this is to make sure the topbox is as low as possible - under 2.3 metres - to allow the FJ to get into most multi-storey carparks.

Out back is where the real action is, though. The Kaymar rear bar is a chunky unit, but is also versatile, too, especially the way that Wolfgang has customised it. While not visible in the images here, it's a double swingarm unit.

"I've actually got two set-ups for that rear bar; there's one spare wheel on the left hand side. This one has also facilities to hold a hi-lift jack.

"On the right hand side, I've got two set-ups. I've got a carrier for a second spare wheel, as well as one for twin jerry cans. I've modified that one to also take four MaxTrax panels, with special bars from Rhino."

This bespoke set-up attracted a lot of attention when the FJ was on the Bullet Cars stand at April's National 4x4 Show in Brisbane.

"At the 4x4 show, that was probably the most photographed item on Tom's [Bullet] stand," laughed Wolfgang. "That seemed to be something simple, but really, really special."

Back and Sides
The Tough Toys awnings to the side and rear are supplemented with a triangular fill piece when in camp, so you can move from the front to the rear of vehicle without getting exposed to weather. The driver's side placement of the side awning may seem unusual, but makes sense when you realise the FJ's tailgate is hinged off the left hand side.

"You would need to run around the rear door continuously if the awning is on the other side to get something from the rear of the car," Wolfgang explained.

A bonus with this placement is it's sitting right behind the snorkel, too, so road noise is reduced. It also frees up entry to the rooftop tent from the left hand side. With the accessory walls in place, the awning set-up makes for a great camp space.

Inside Innovation
All the extra features this FJ Cruiser carries requires a bank of controls and gauges to monitor them all. While the dashtop trio of compass, clock/temp and angle gauges are unaltered, there are bespoke switches below for the front camera, front air locker, reversing/camp lights, ARB LED Intensity front lights, fog lights and air compressor.

There's also a tyre pressure and temperature monitoring system that uses sensors inside the wheel, rather than screw caps on the valves. A Baintech gauge near the steering column is one of two in this vehicle, with the front unit monitoring voltage going into the battery, then from the solar panel when the engine isn't running.

"As soon as the engine's not running, the solar panel starts charging, because there's a REDARC automatic changeover relay. I wanted to make sure the solar panel was working all the time. So, basically, that [gauge] shows me when the solar panel charges the second battery."

More to Come
Wolfgang has already put his vehicle to the test on a trip to Moreton Island, as well as down the NSW coast, through the Great Dividing Range and back up through the interior.

In its current spec, Wolfgang's FJ Cruiser is more than ready for the challenge; an adventure up to Cape York planned for later this year. But knowing this true enthusiast's passion for perfection, we're sure he'll come up with something to add, upgrade or modify for his next trip. Based on what we've seen so far, this FJ Cruiser will be one to watch with interest! 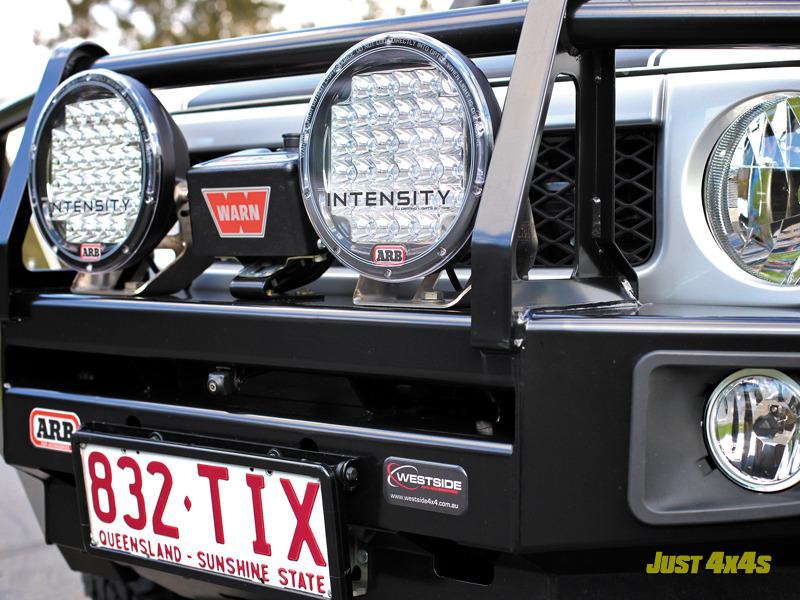 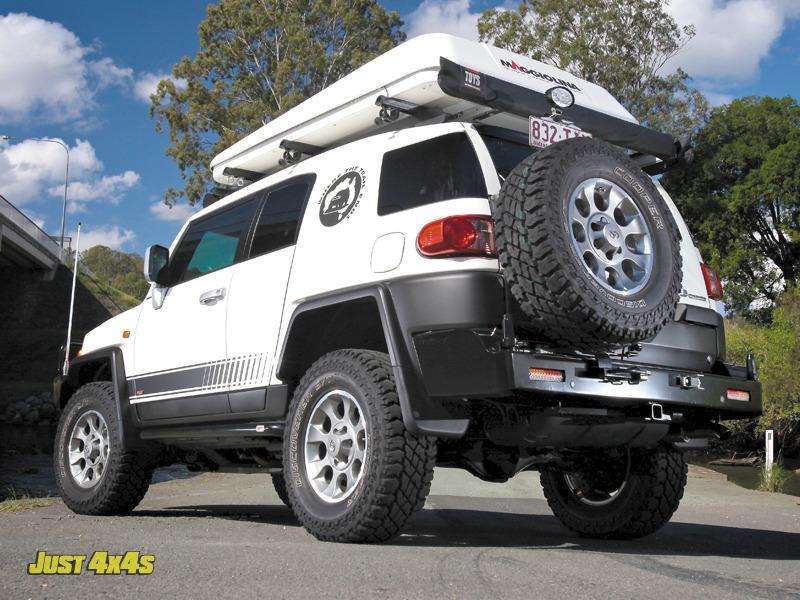 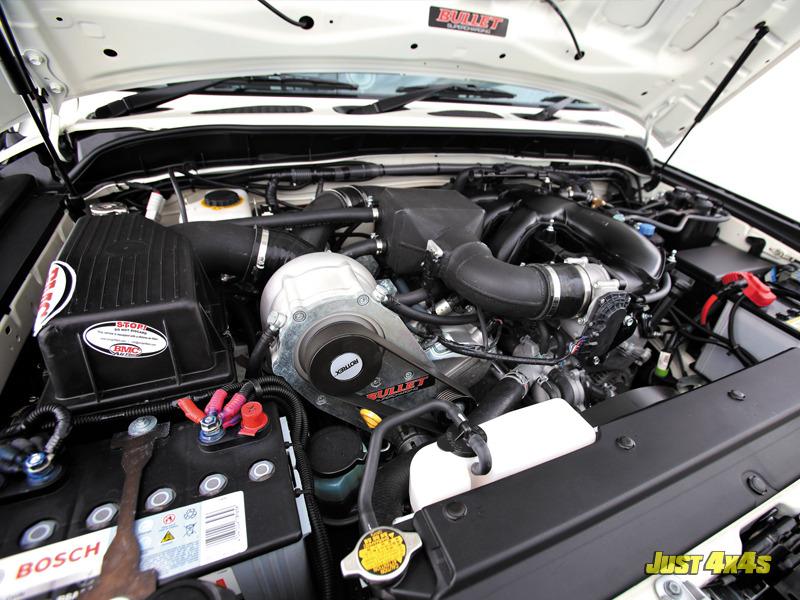 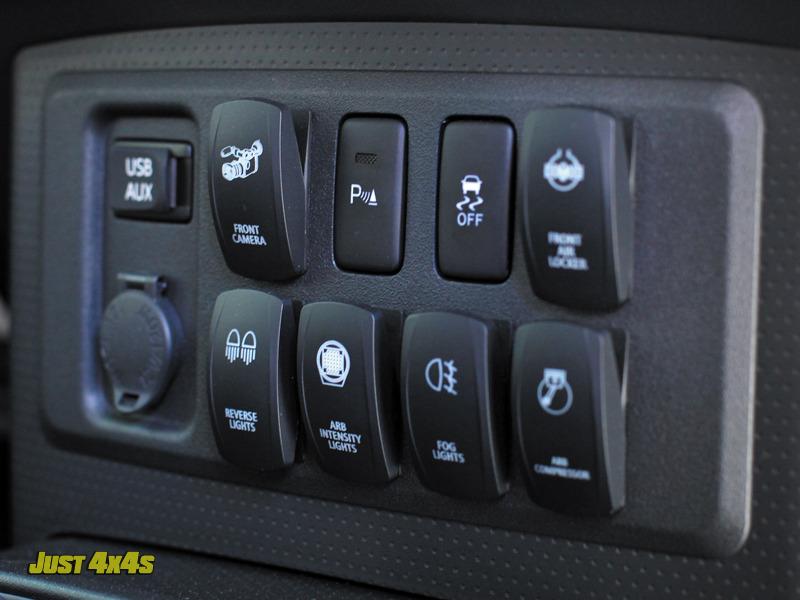 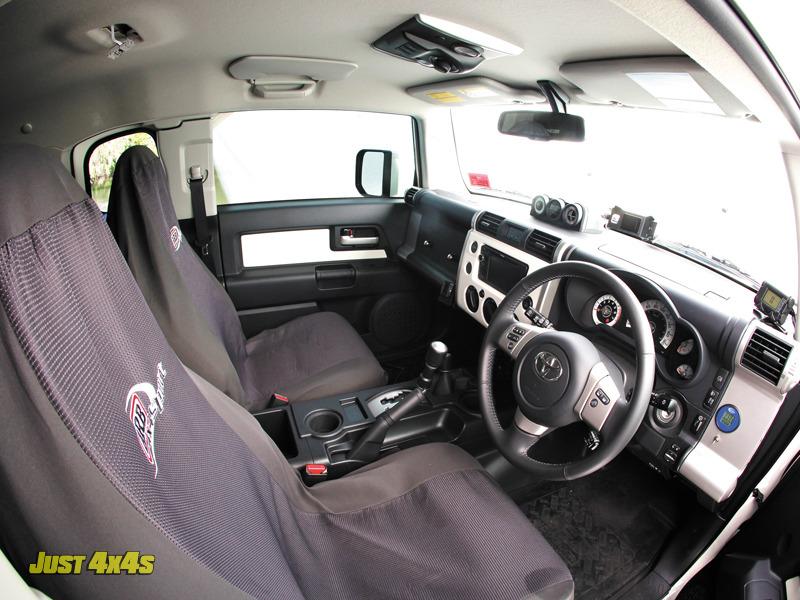