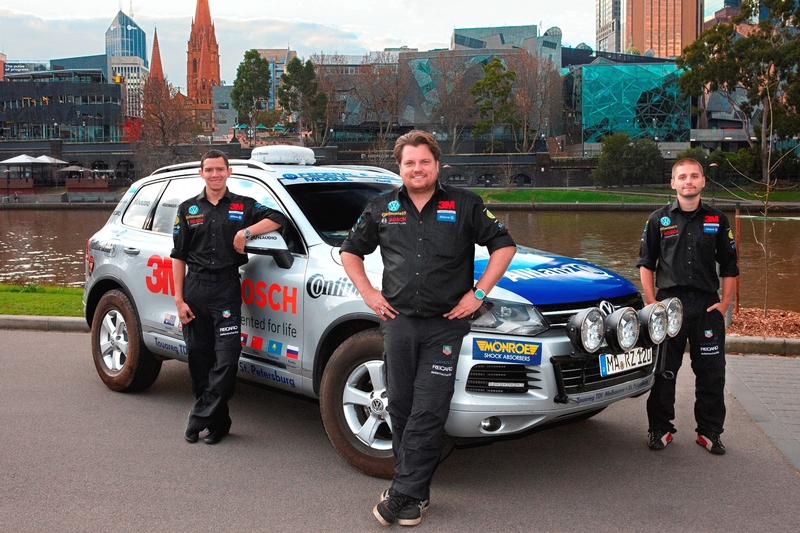 The start-finish points were chosen as the southernmost and northernmost major cities on the globe. Melbourne is celebrating the 175th anniversary of its naming this year and has been twinned with St. Petersburg since 1989
A largely standard Volkswagen Touareg V6 TDI has been chosen by adventurer Rainer Zietlow for his latest record-setting escapade - a journey from Melbourne to St. Petersburg, covering 23,000 kilometres.

The start-finish points were chosen as the southernmost and northernmost major cities (with 1 million+ inhabitants) on the globe. Melbourne is celebrating the 175th anniversary of its naming this year and has been twinned with St. Petersburg since 1989. In the style of former despatch riders, the team will carry a letter from Melbourne's Lord Mayor, Robert Doyle, to deliver to St. Petersburg's equivalent.

Armed with additional equipment, such as a roll-cage and extra fuel tank, Zietlow began his journey with the Touareg on Thursday, July 26, in Melbourne. The team aim to cover the Melbourne-St. Petersburg tour in under three weeks.

During the course of his tour, Zietlow will cross many climatic and vegetation zones and have to withstand extreme heat, torrential rain, sandstorms and differences in altitude. The Touareg is set to prove its qualities and durability in all the challenging conditions along the way.

Efficiency will also play a major role on this extraordinary trip. The Touareg's environmentally friendly 3-litre V6 TDI 'Clean Diesel' engine (165 kW / 225 PS in the America market version) consumes 30 per cent less fuel and emits up to 25 per cent less CO2, compared to other vehicles of this category with petrol engines, but will no doubt be put to the test of efficiency and reliability through the harsher sections of the tour.

This latest adventure comes on the back of Zietlow using a VW Touareg V6 TDI for another record-setting run last year. Zietlow and his team set a new record on the Panamerican Highway, from Alaska to Tierra del Fuego at the tip of South America, of just 11 days, 17 hours and 22 minutes.

A modern GPS system that records the team's position on the Melbourne-St. Petersburg run every 30 minutes will be able to be followed via a dedicated website - www.touareg-russtralia.com - in real time. 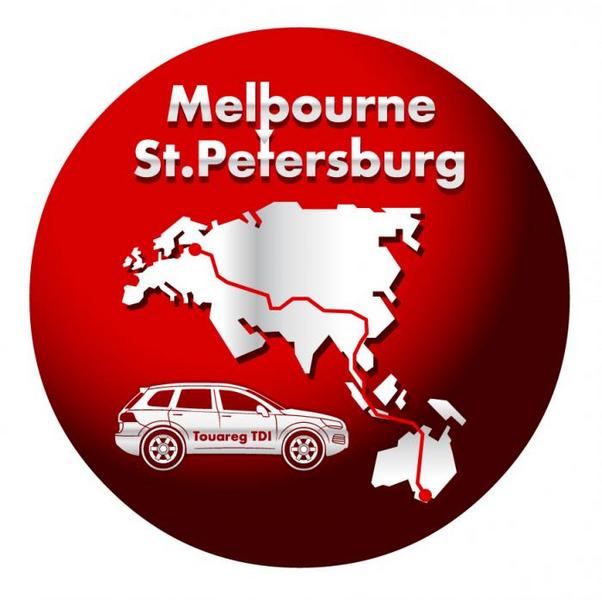