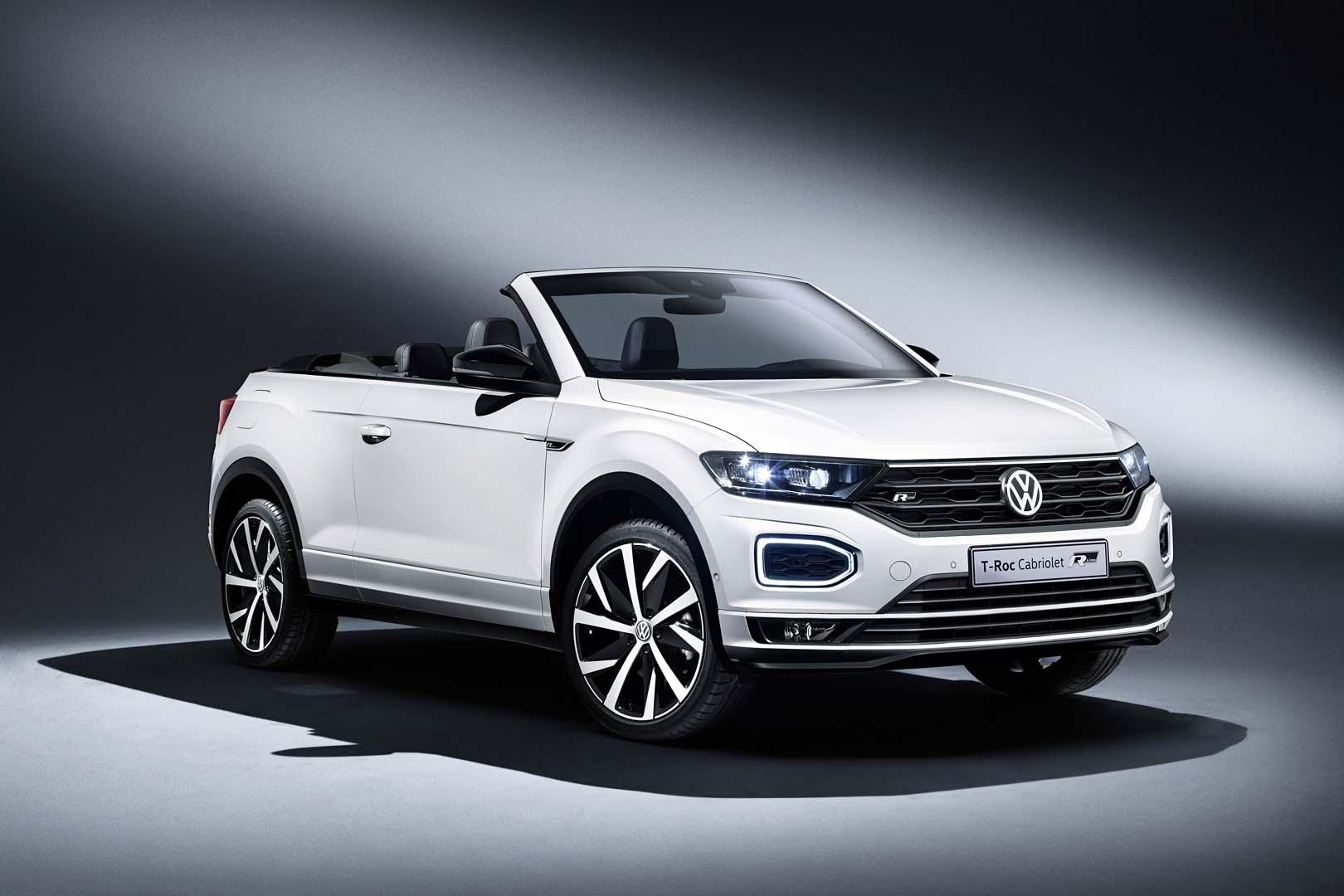 Volkswagen has joined Range Rover and Nissan in offering a convertible SUV, unveiling their ‘T-Roc Cabriolet’ on the eve of IAA Frankfurt (Frankfurt International Motor Show) in September.

While its family resemblance to the T-Roc is obvious, the new cabriolet carries several modifications to suit the requirements of a convertible body, including two doors (instead of four) a longer wheelbase (+37mm) and longer body (+34mm) overall.

Less obvious modifications include strengthening of the entire vehicle platform, with additional cross-bracing underneath and a stiffer windscreen frame. The latter combines with pop-up rollover bars behind the rear seats to protect occupants in the event of a rollover.

This additional bracing and strengthening obviously adds weight, but how much extra the T-Roc cabriolet weighs compared to the standard version has not been revealed 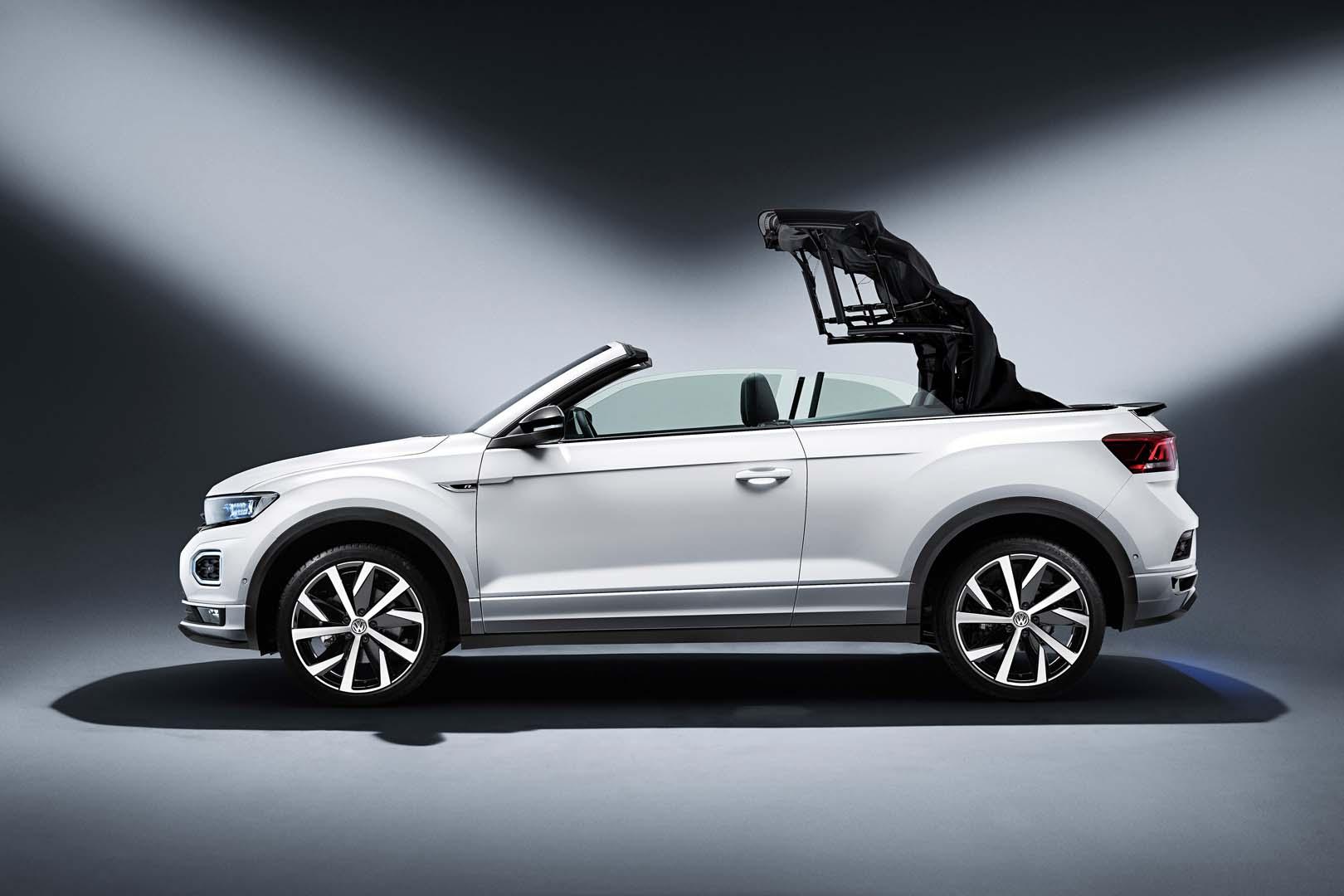 On the convertible hood itself, it’s a conventional fabric type, rather than a folding hardtop (presumably to reduce weight), with crossbracing built in for rigidity.

The power-operated hood can open in nine seconds and be both opened and closed at speeds up to 30km/h. Electromechanical locks in the windscreen hold the hood in place when deployed.

The hood’s design allows it to fold almost flush with the body when lowered, but one of the compromises of such an aesthetic include a fairly measly boot area of just 284 litres.

Another compromise is the seat space taken up by the hood mechanism - there are only two rear seats instead of three. On the images presented so far, these appear to offer minimal shoulder room, especially on the outer edge, with the mounts for the front seat belts further compromising space and likely making entry and exit a challenge, too.

The lack of a diesel option is unsurprising, given VW’s recent history, but with the advance of electrification within Volkswagen, a hybrid or fully-electric T-Roc cabriolet may be a possibility in the future. 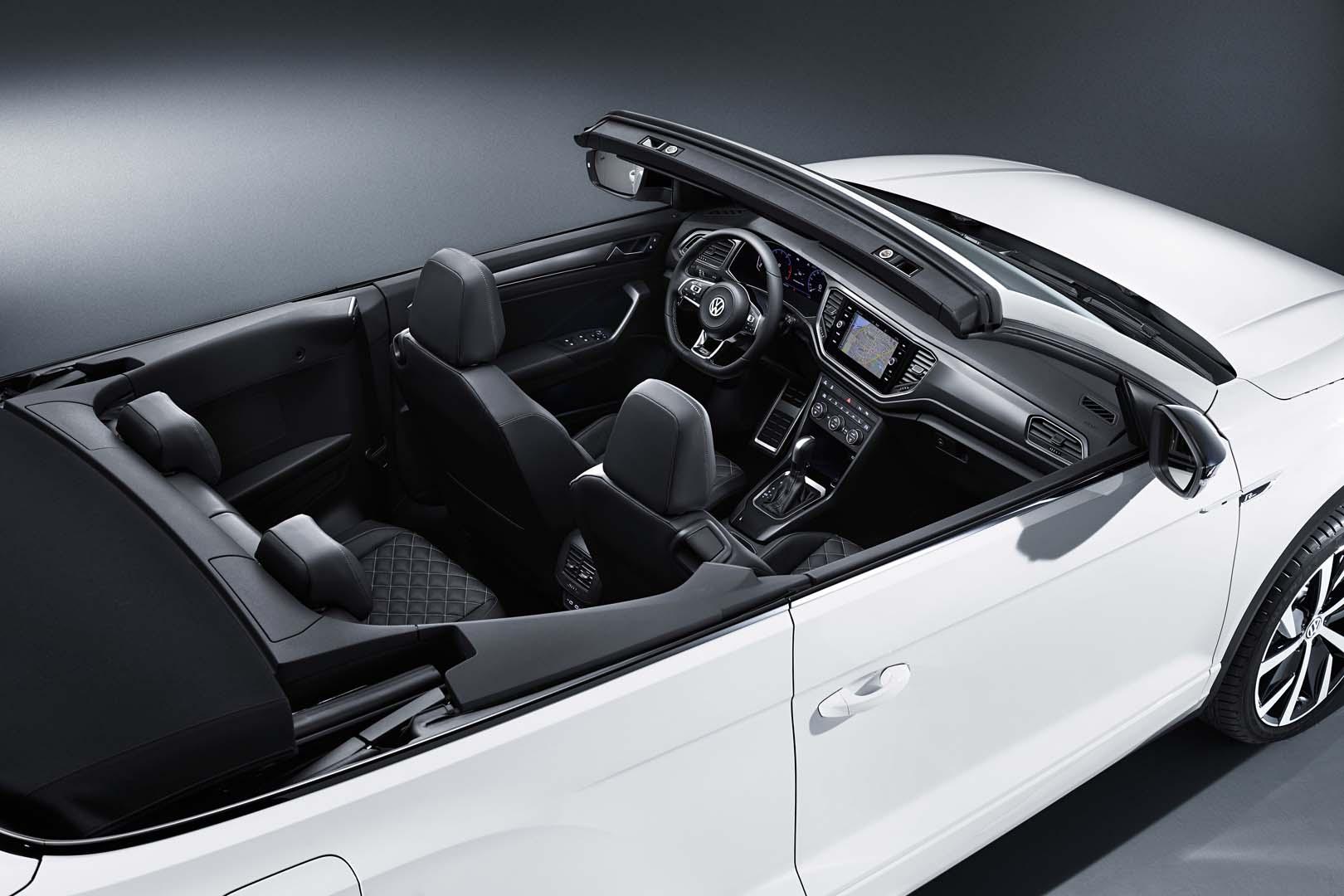 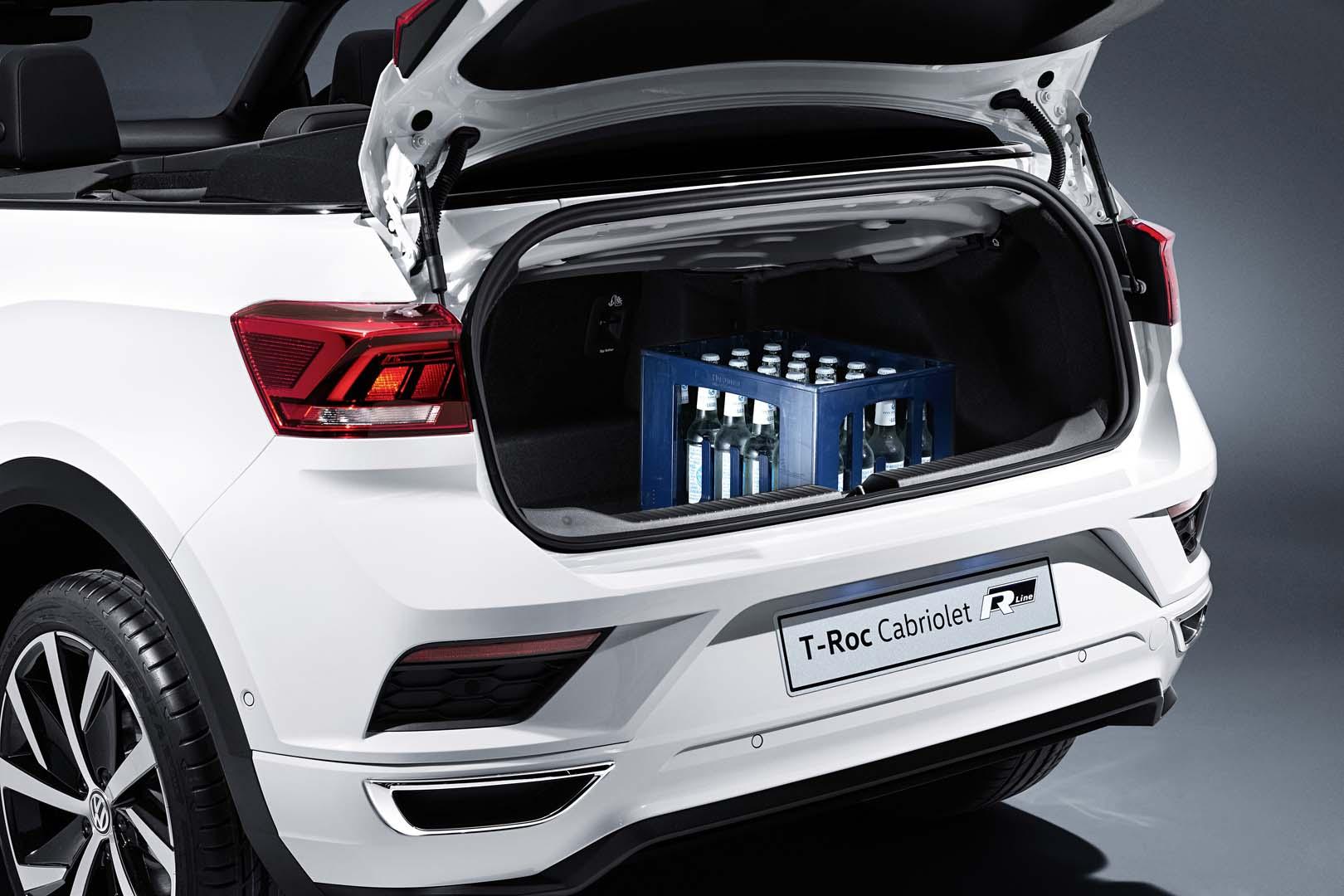 Rear seat compromises aside, much of the T-Roc cabriolet’s interior is as per the fixed-roof version, with a standard 8.0-inch central touchscreen that can be optioned up to an 11.7-inch ‘Active Info Display’.

Also optional is an ‘MIB3’ infotainment system that VW call the next generation of infotainment with a “permanently online” capability. An online connectivity unit and built-in eSIM allows vehicle updates and new functions to be accessed instantly.

Due for a European launch in Q2, 2020, the T-Roc cabriolet will be offered in ‘Style’ and ‘R-Line’ variants, making the options packages from other VW models standard equipment.

As per other Volkswagen models that feature these packages, Style is focussed on design and luxury, while R-Line is all about sports and performance.

With the standard, fixed-roof T-Roc yet to be released locally, Volkswagen Australia will understandably wait for local market reaction to that model before making any request to bring the T-Roc cabriolet here, too. 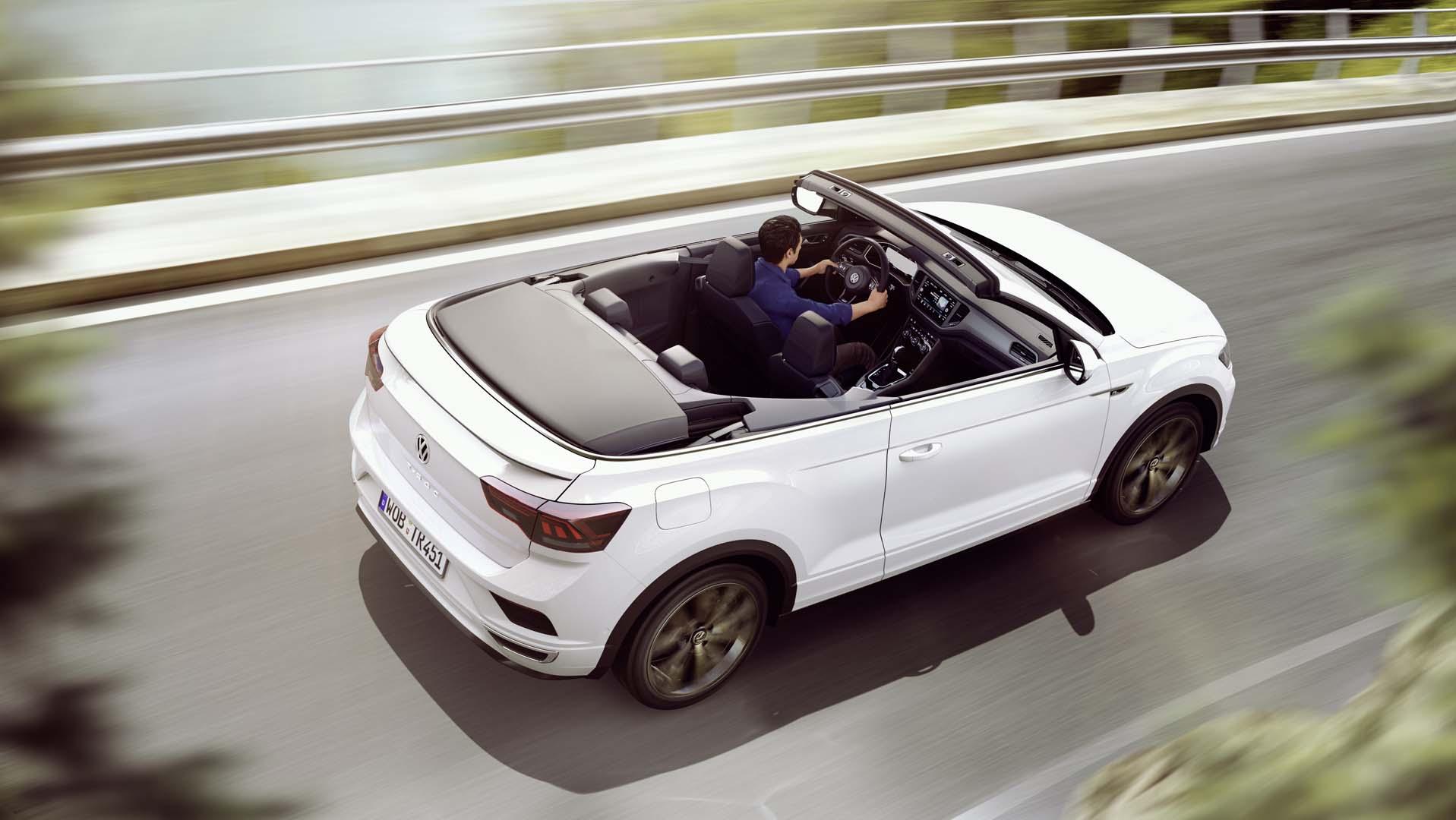 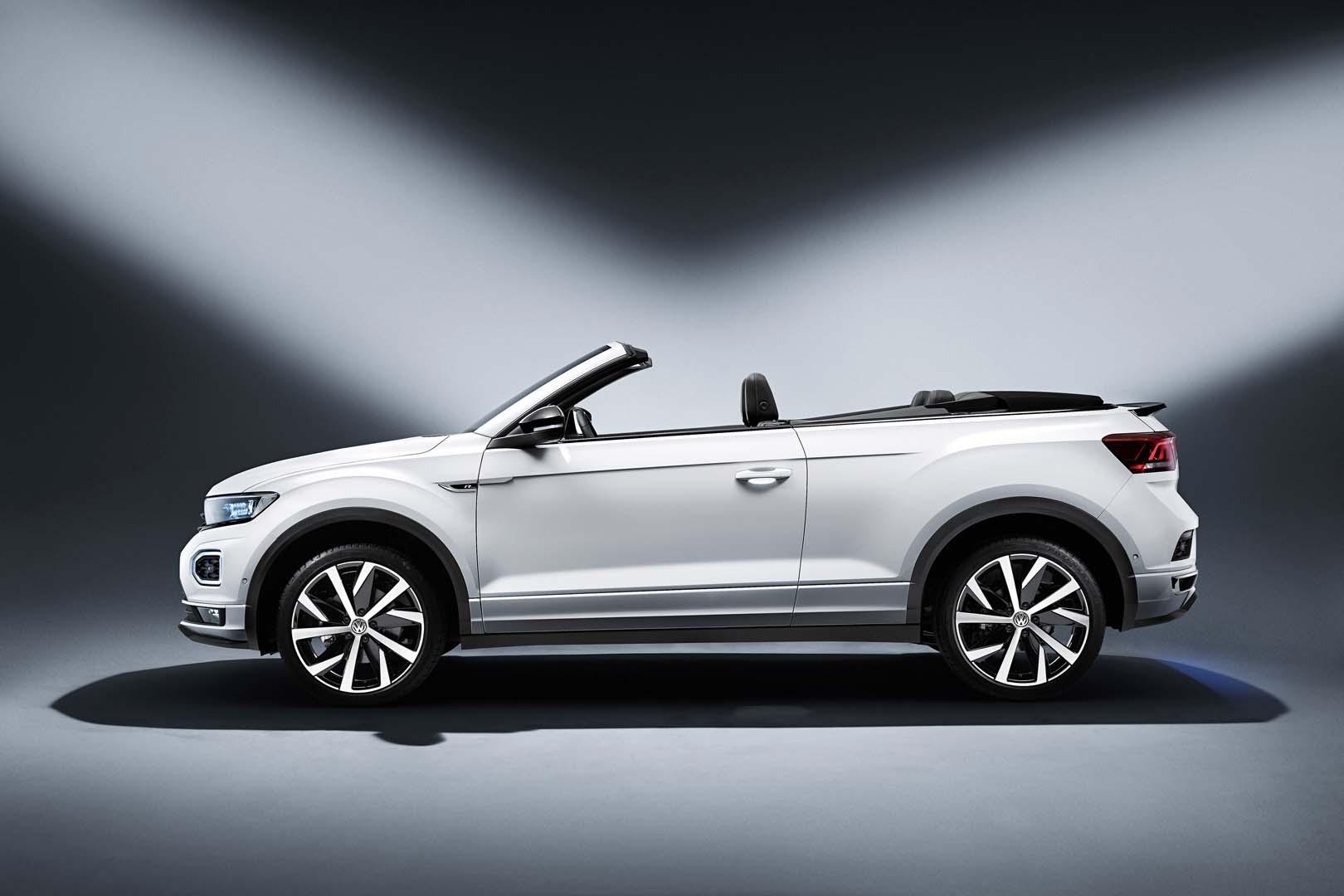