Volkswagen’s compact Caddy campervan has had something of a chequered history in Australia, but it’s coming back, with order books open now for the fifth-generation version ahead of Q1, 2022 delivery. 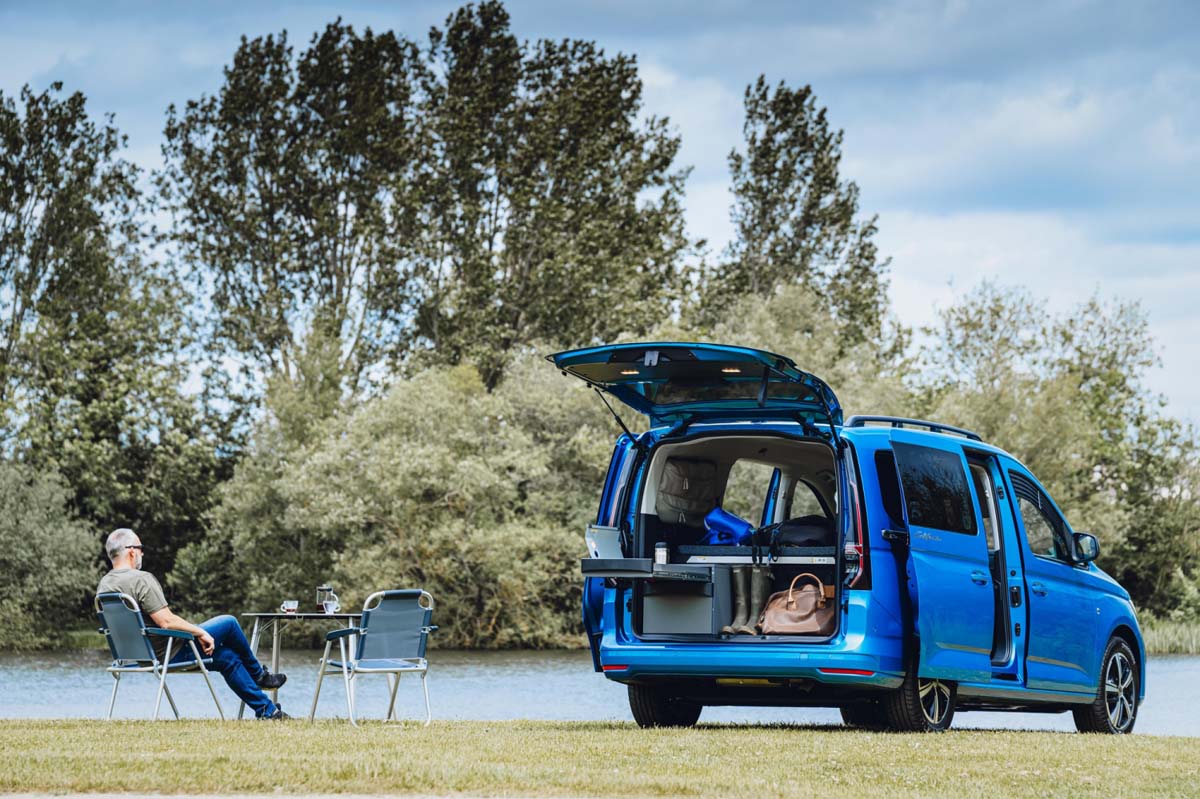 Back in 2019, the Caddy was offered in ‘Beach’ trim (on the Gen IV platform), but this time around, the offering will be a ‘California’ version, as well as the ‘Maxi’ variant, which means it’s not only a bit more premium than the Beach, but also rolls on a longer 2970mm wheelbase that’s optional on the latest Caddy van. 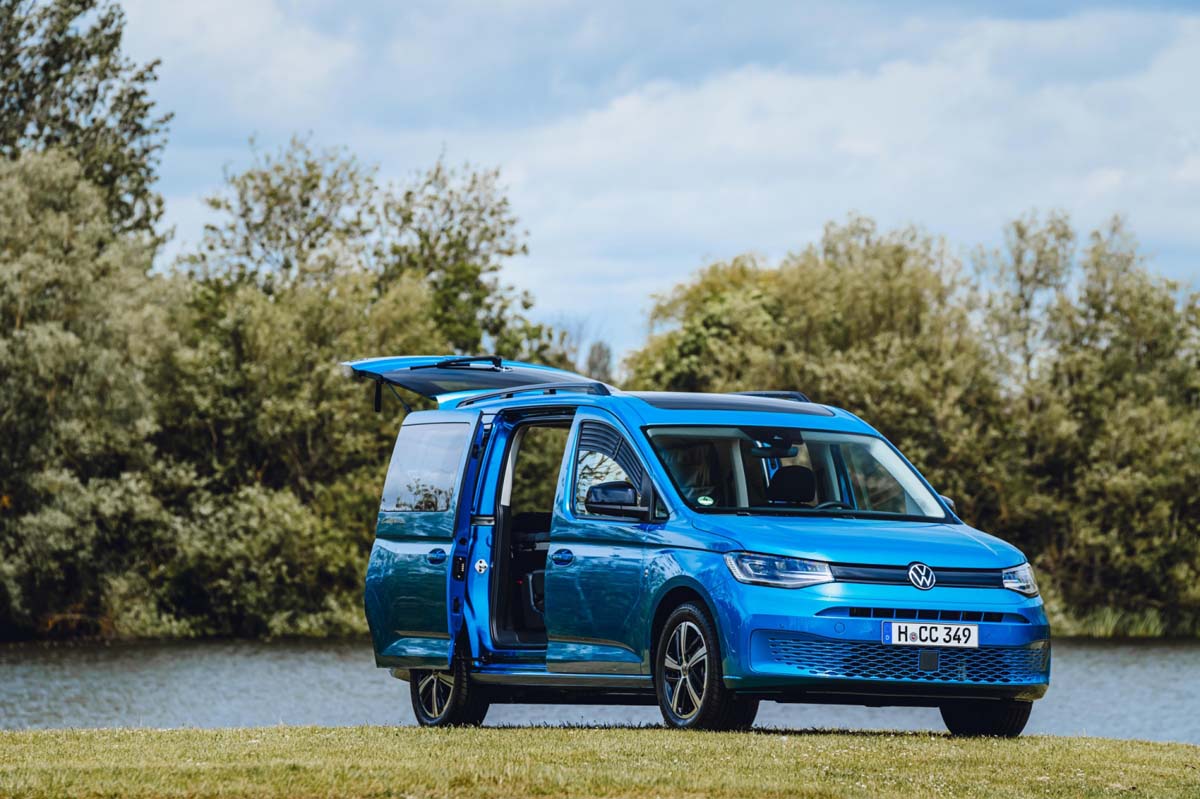 Dimensions of 4853mm x 1855mm x 1835mm (LxWxH) are comparable to a conventional compact sedan, making the Caddy California Maxi much easier to drive, park and manoeuvre than larger campervans and motorhomes. GVM is listed at 2300kg, with a 578kg payload and 1500kg braked towing capacity. 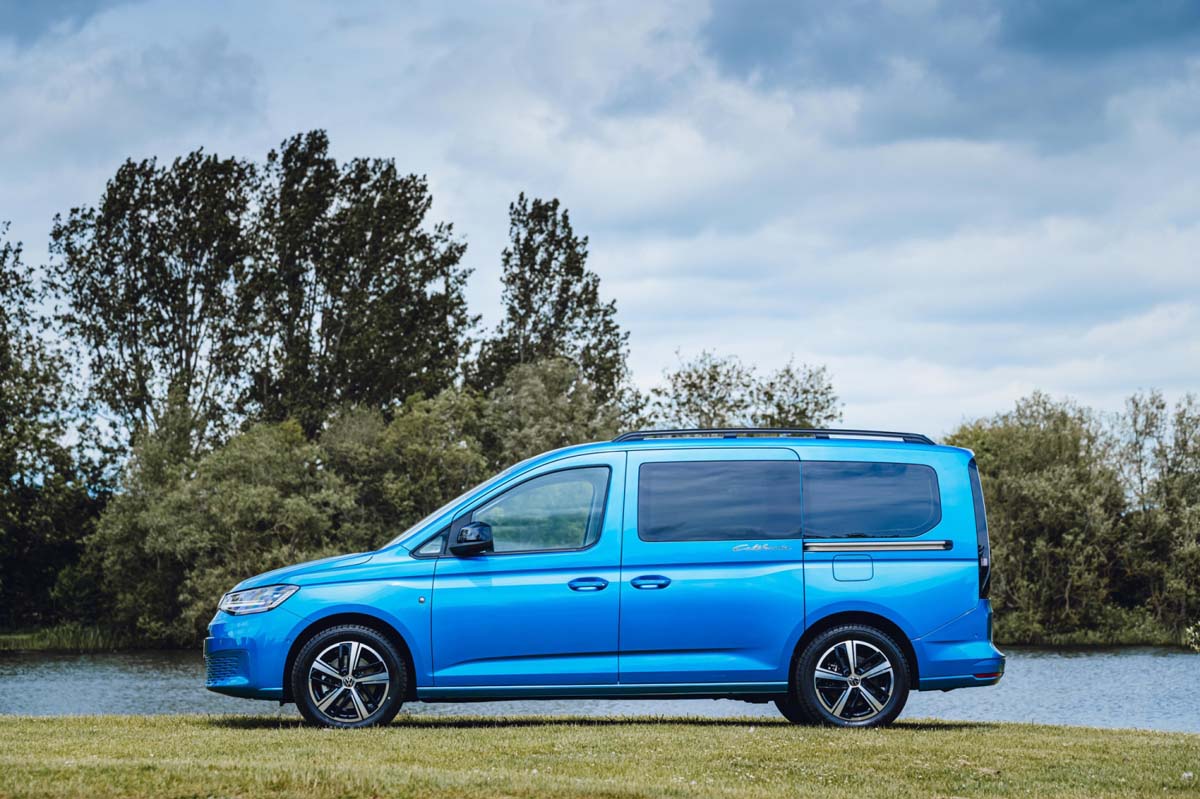 “We know our Australian customers love a Volkswagen camper, that’s been seen recently with the resounding success of our Multivan California,” said Ryan Davies, Director of Volkswagen Commercial Vehicles Australia.

“With the new generation Caddy we have an opportunity to once again offer a turn-key customer solution, that is every bit a Volkswagen. Just in time for Australia’s expected return to summer road-tripping.” 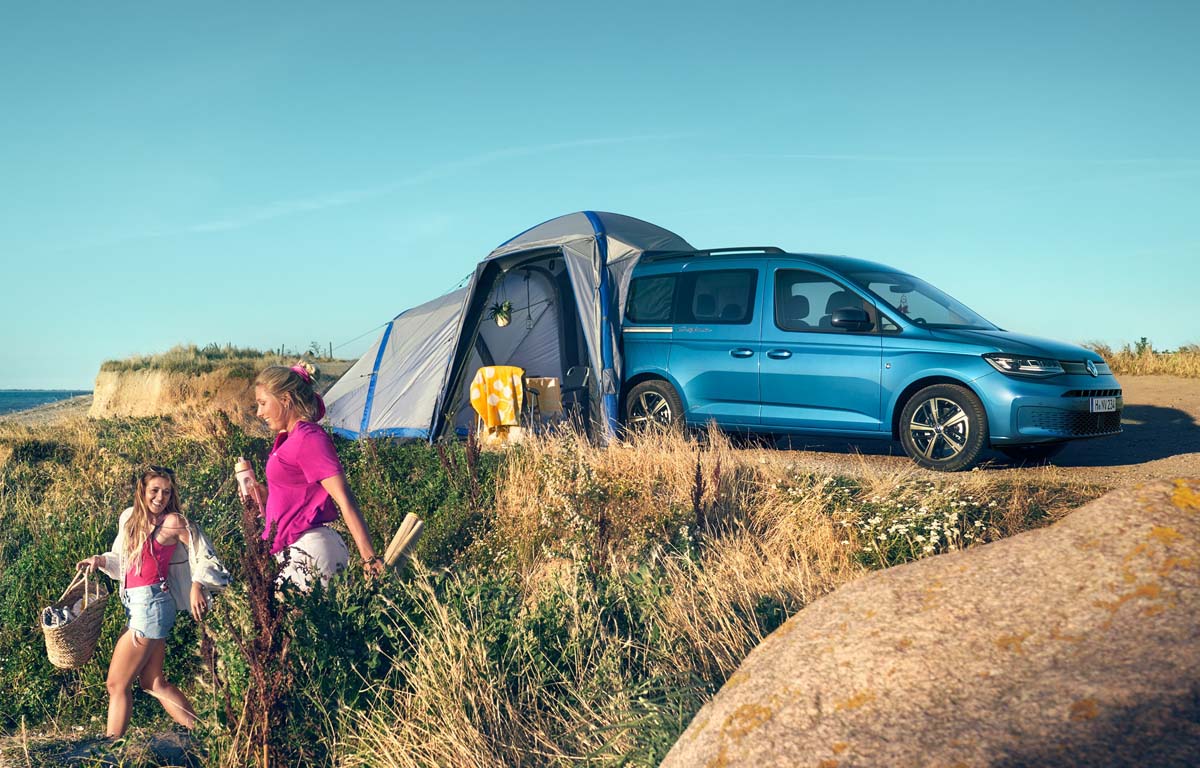 As Davies indicates, the Caddy has been reintroduced to cater to the demand for local travel brought on by the pandemic. Using the same basic platform as the current Caddy Maxi delivery van and people mover, the Caddy California Maxi refits the interior for weekend getaways. 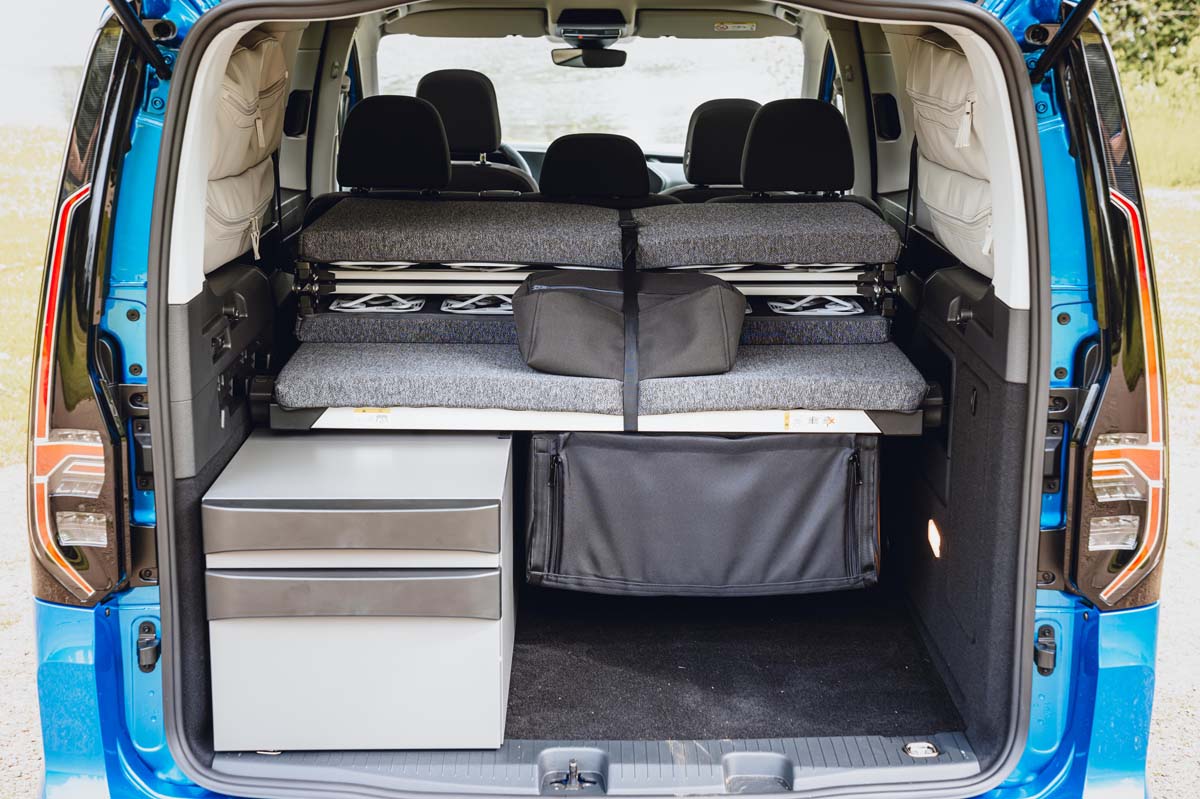 A five-seat layout includes a second-row bench that can be folded to make space for a 1980mm x 1070mm mattress that folds out from the rear cargo area. Under this at the rear is space for basic camping requirements like a cooker or fridge, while still leaving room for storage of a folding outdoor table and two chairs that are part of the Caddy California Maxi’s standard specification. 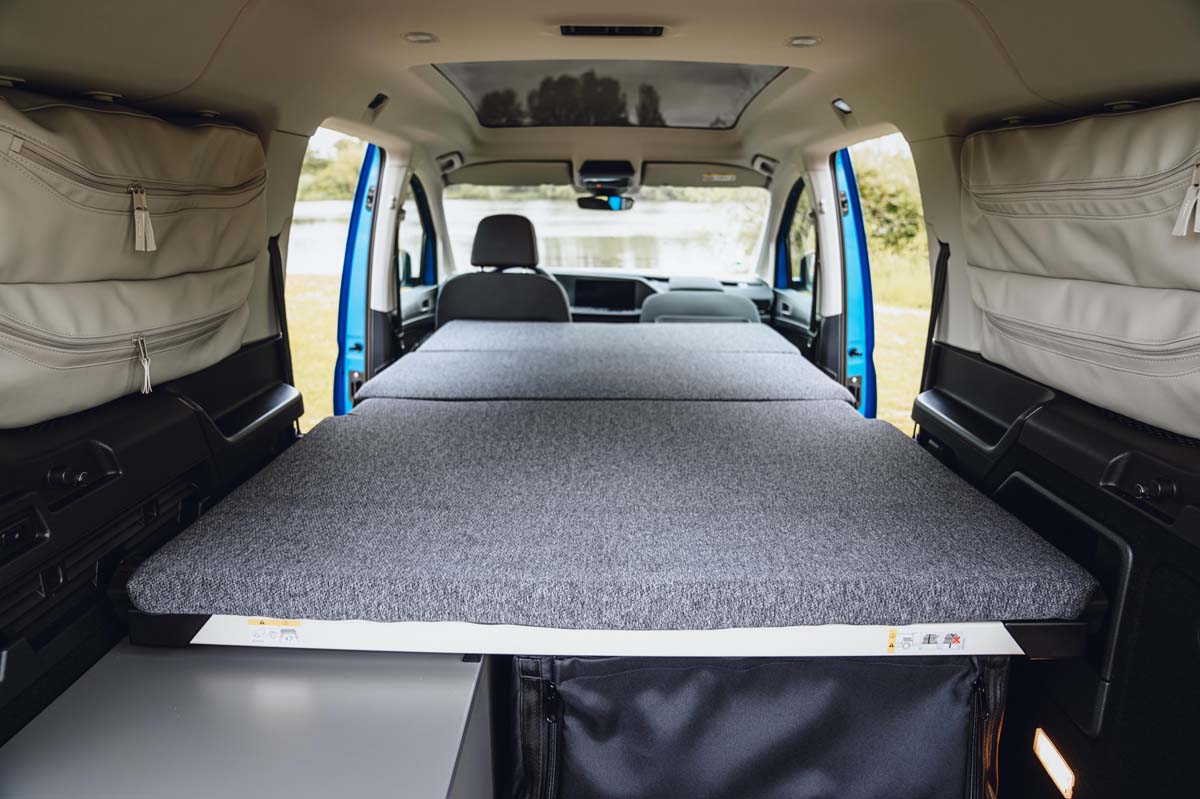 Other camping-specific features on the spec list include privacy curtains for all windows (including the windscreen), removable ventilation panels with flyscreens for the front door windows, storage bags on the rear side windows and slide-out storage drawers under the front seats.

LED lighting in the passenger compartment and the top-hinged tailgate is dimmable and there’s a 12-volt outlet in the rear, too. 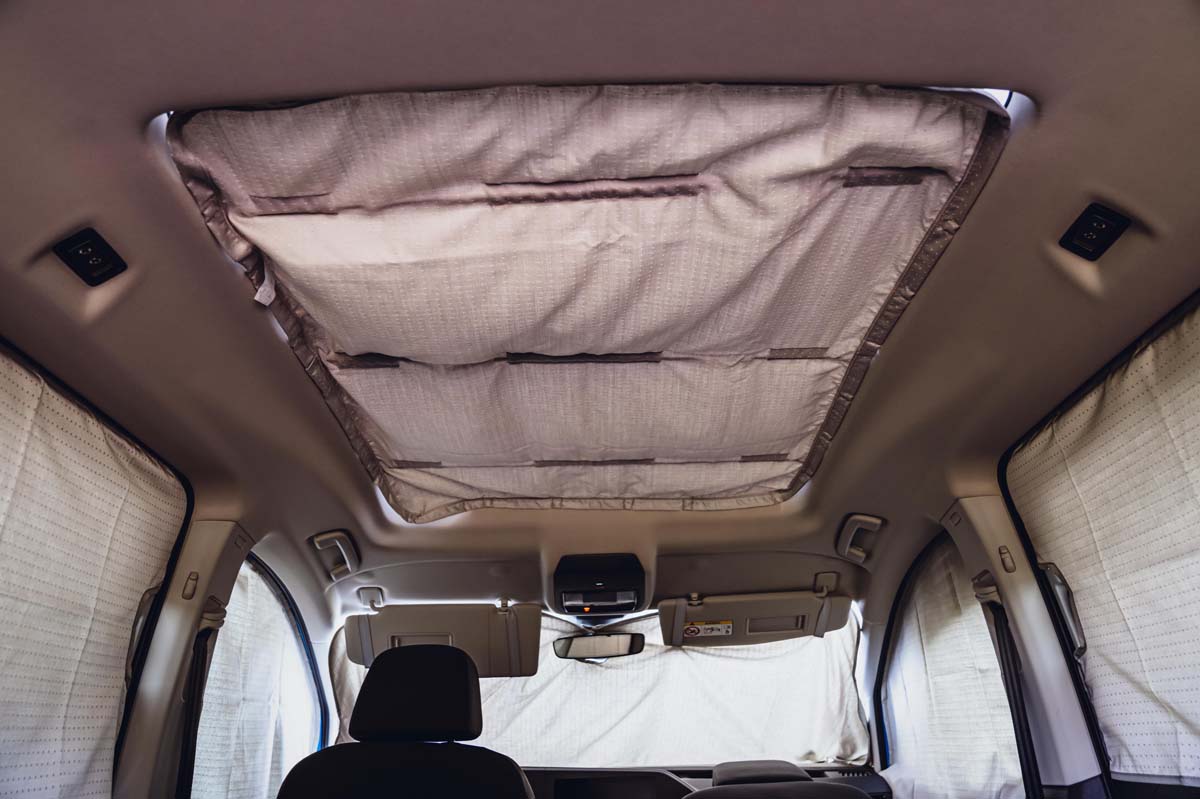 To bring some more light into the sleeping area, a panoramic sunroof is optional and comes with its own privacy curtain if ordered.

Also optional is a single-hob gas cooker as part of a compact kitchen unit that includes space for a small gas bottle, a food prep area and cutlery storage. 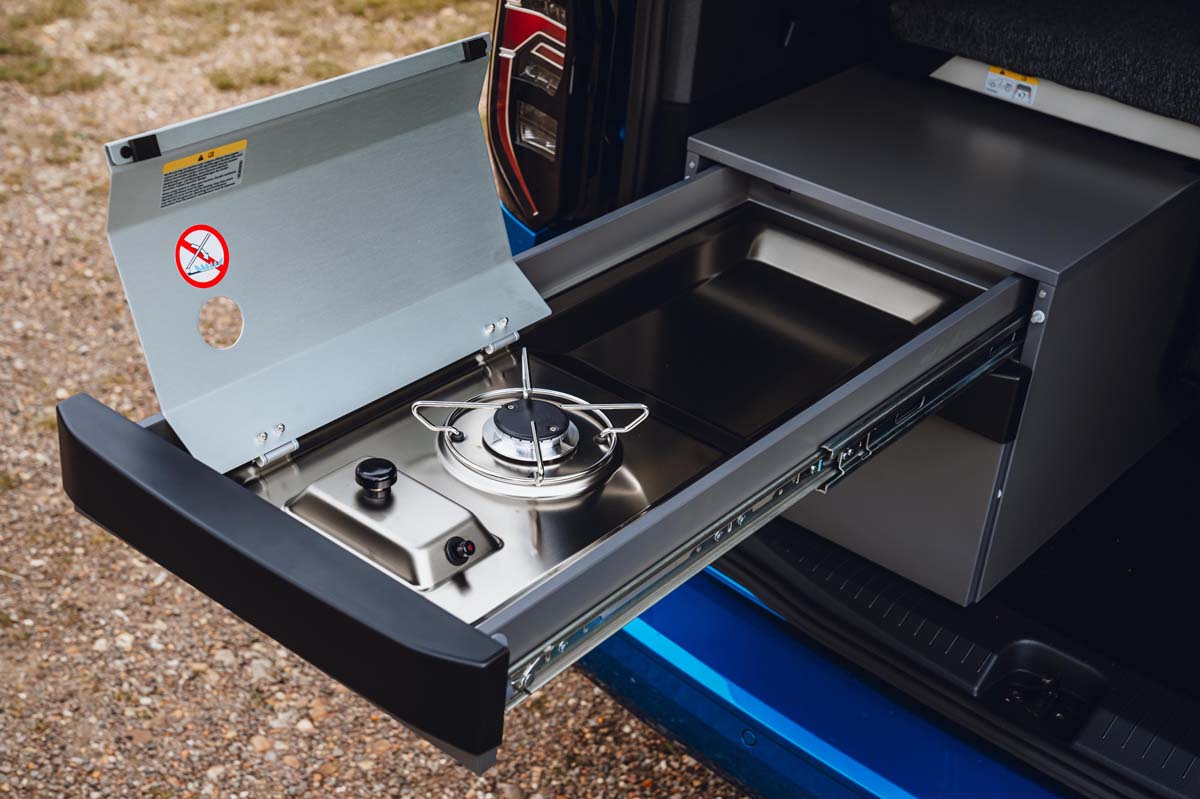 The Caddy California Maxi is powered by the same 2.0-litre turbo-diesel four-cylinder engine as the rest of the latest Caddy lineup, producing 90kW at 4250rpm and 320Nm at 1500-2500rpm, with listed economy of 4.9lt/100km (combined cycle). The engine is matched to a seven-speed DSG transmission, driving the front wheels. 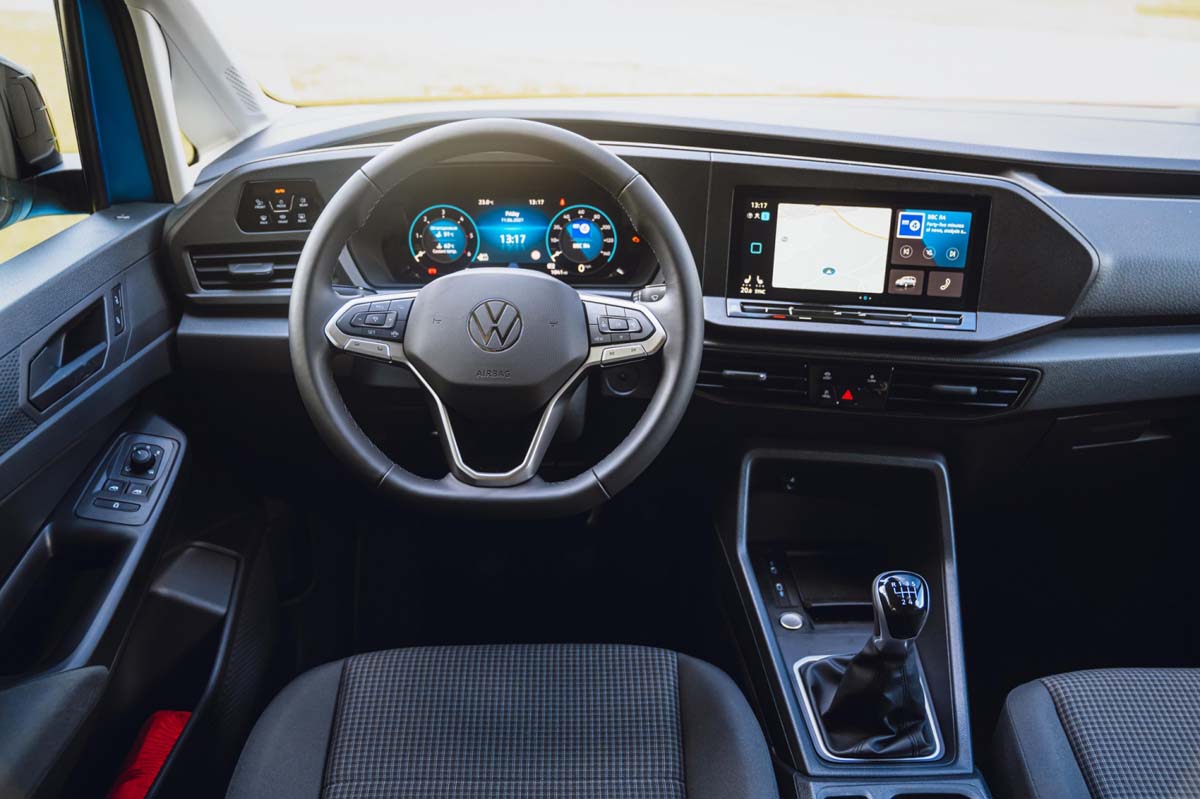 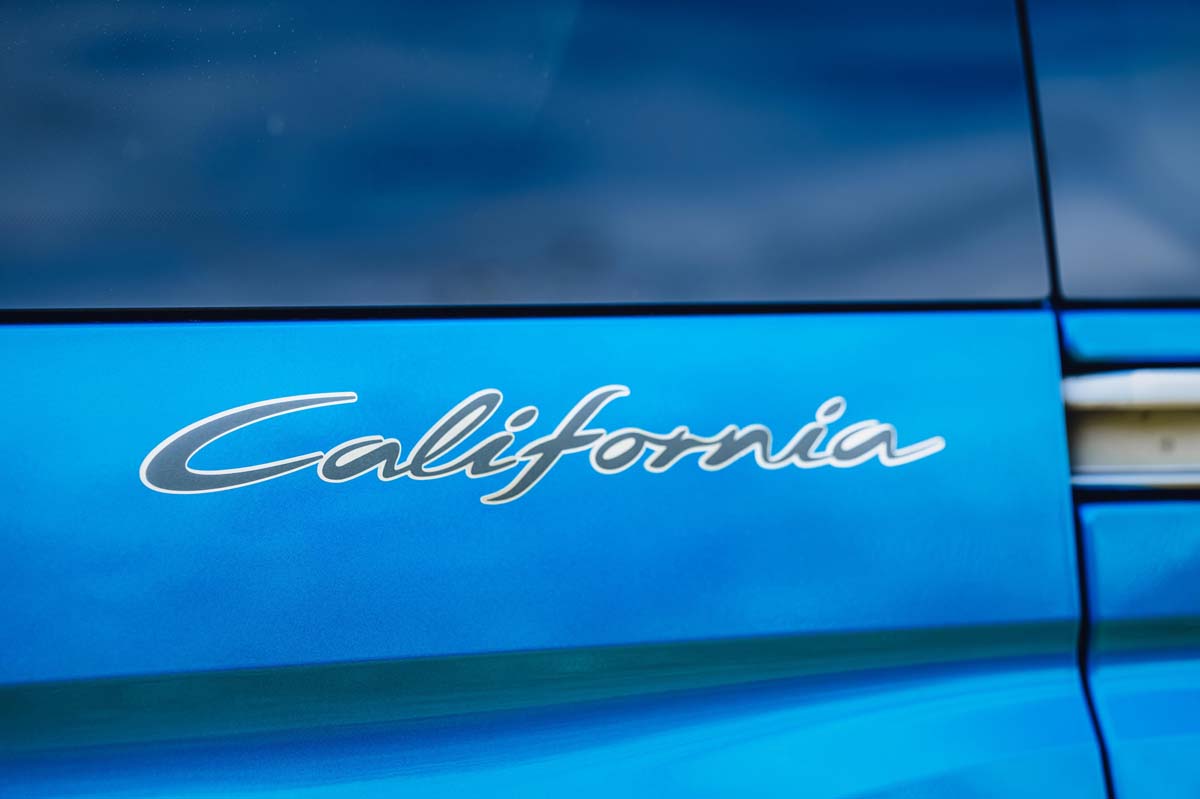 Described as the small van for big adventures, the Caddy California Maxi is due for local release early next year, priced from $54,990 (+ ORCs). Contact your Volkswagen dealer to order.