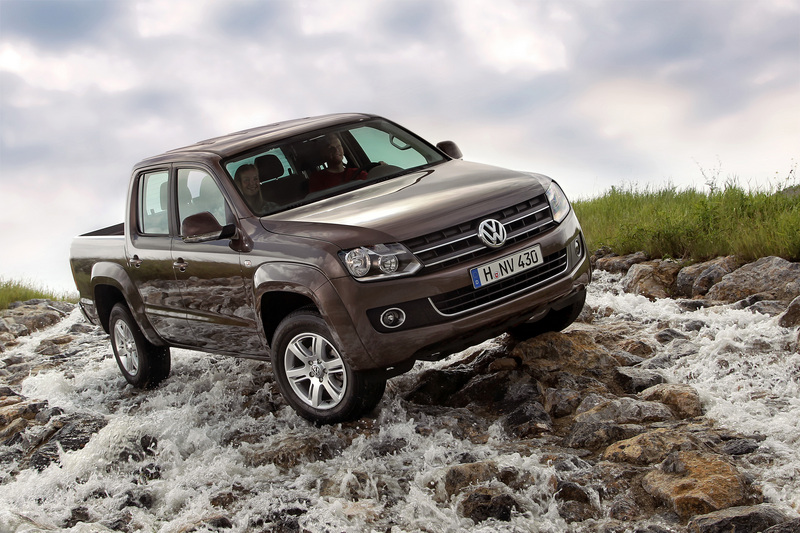 There is plenty of competition in this segment with excellent alternative offerings from Mitsubishi, Isuzu, Holden, Nissan, Mazda and Ford
The ute reigns supreme in rural Australia, with the honors going to Toyota and their seemingly indestructible HiLux.

There is plenty of competition in this segment with excellent alternative offerings from Mitsubishi, Isuzu, Holden, Nissan, Mazda and Ford. The only truly heavy duty utility to be offered was the F250, F3350 series from Ford, and while great machines, failed to translate into the necessary sales to make them a permanent fixture in Ford Australia's line-up.
Well the good news is that things are about to change, and given competitive pricing, the company that is going to put the car amongst the pigeons is Volkswagen.

Not content with brutal off roaders such as the Touareg, and joining the ranks of the popular compact SUV market with the Tiguan, Volkswagen is to launch the Amarok utility locally. What makes this entrance into the workhorse arena so appealing is that it comes with a standard specification level that would make some car makers blush, and more telling is best put as being a size up from the HiLux. Volkswagen has a strong portfolio of vehicles at the moment and you can bet that the Amarok is well built, virtually bullet proof, and brings a new level of refinement to the market. The International launch for the Amarok took place in South Africa and scoring the first drive for Just 4x4s was Ian Crawford. Here is his appraisal of the new 4x4 ute that is set to shake up the workhorse market.

Volkswagen is set to rock the one-tonner, dual-cab ute market when its new Argentinean-built Amarok arrives here, probably early next year. The new VW's name comes from the language of the Inuit people of northern Canada and Greenland and it means, "wolf." VW is not ashamed to admit that it benchmarked its new ute against the likes of the segment-leading HiLux and Navara and the new ute is the booming German brand's first foray into the one-tonne ute market. Given that it's a segment that globally accounts for around two million units a year, it is surprising it has taken VW so long to enter the fray. Actually, we probably won't see the German ute here in Australia until early next year but there's no doubt it will be worth the wait.

Initially the Amarok will be a six-speed-manual, dual-cab-only model but a single-cab version is in the pipeline, probably for 2012. Initially too the only engine will be VW's great 2.0litre, twin-turbo diesel that has all the latest common-rail and sequential twin-turbo charging goodies. It's a gem. It delivers 120kW of power at 4000rpm and a seriously impressive 400Nm of torque that is on tap between a lazy 1500 and 2000rpm. This compares with the segment-leading Toyota

HiLux's figures of 120kW and 343Nm and that's from a three-litre powerplant. A couple of other options - a single-turbo diesel and a petrol engine - will also be considered for Australia. The good news for Aussie buyers is that they can look forward to low fuel consumption, with a combined figure of less than 8.0litres/100km for the twin-turbo diesel version.
There is, however, some bad news. In the early stages at least the German ute will be available only as a six-speed-manual.

The Amarok's load-carrying capacity outstrips the HiLux and its cargo tub is 1555mm long compared with HiLux's 1520mm, 1620mm wide compared with 1515mm and 508mm high compared with the Toyota's 450mm. Sensibly, the tub has four tie-down lugs and a 12-volt power socket. The cabin styling of dual-cab utes is generally straight up and down and this means rear passengers have to sit up straight like naughty school children. While the Amarok's cabin is not as raked as the Mitsubishi Triton's, it does slope forward at the base for more rear-seat comfort. The backs of the front seats are also scooped to give rear-seat passengers extra knee room.

The front seats are extremely comfortable and with some minor exceptions the ergonomics are excellent and height-and-reach adjustment for the leather-wrapped steering wheel means dialling up the perfect driving position is easy. With three 12volt outlets up front, there's power aplenty. Like all Volkswagens these days, Amarok is clearly well bolted together and feels as solid as something hewn from a block of quality super-tough German steel. Structurally it does not use a ladder-frame chassis but it does have leaf-spring rear-suspension set-up to handle heavy loads. While it's obviously as tough as nails, the new ute is far more car-like inside than the competition, especially in areas such as its dashboard, instruments and audio and air-conditioning controls.

On the open road Amarok is an impressive cruiser and it wafts along with more refinement than some passenger cars. Certainly the twin-turbo diesel makes light work of hills and overtaking and it pulls away without the slightest objection at around 1200 revs -- even in a gear that is one or two too high. Off road the Amarok also shines and even without using the diff lock, VW's great 4Motion 4x4 system works a treat in the toughest of conditions. To summarise, VW might have dragged its feet in joining the dual-cab one-tonne ute club but there's no doubt it's been worth the wait.
Ian Crawford 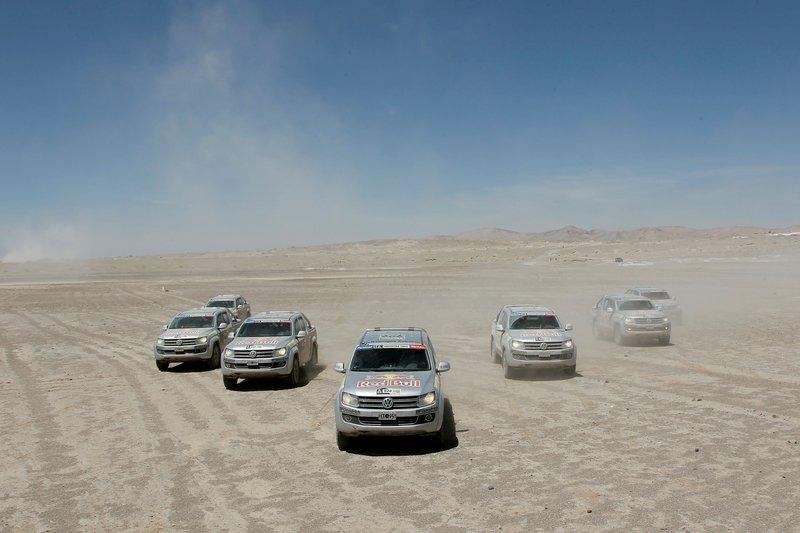 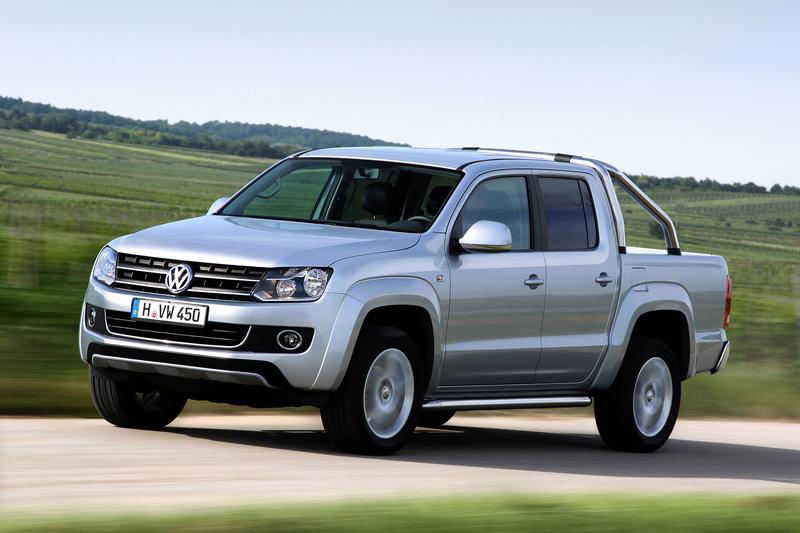 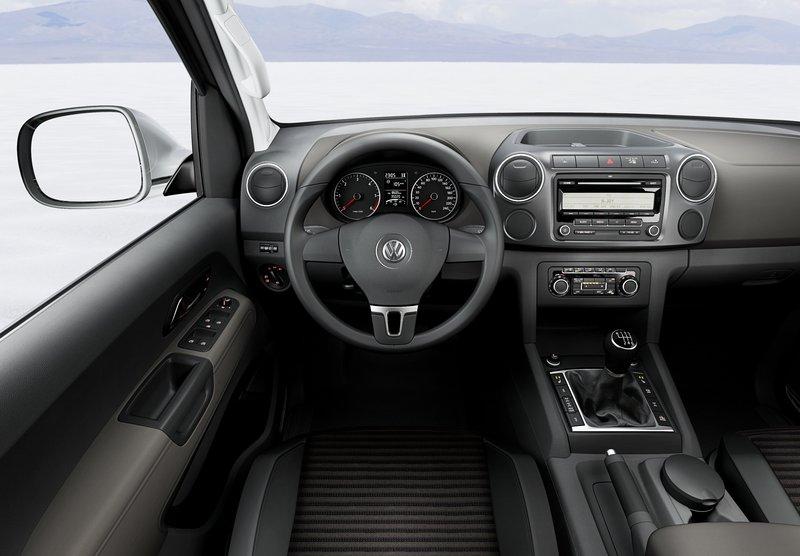 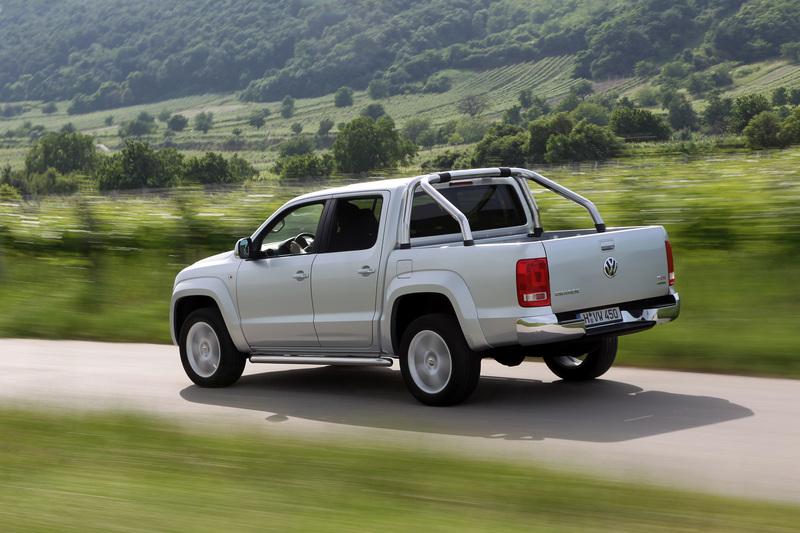