Rok to the Core. Volkswagen’s potent 3.0-litre V6 turbo-diesel engine is now available in the base-spec Amarok Core for a shade over $50k. 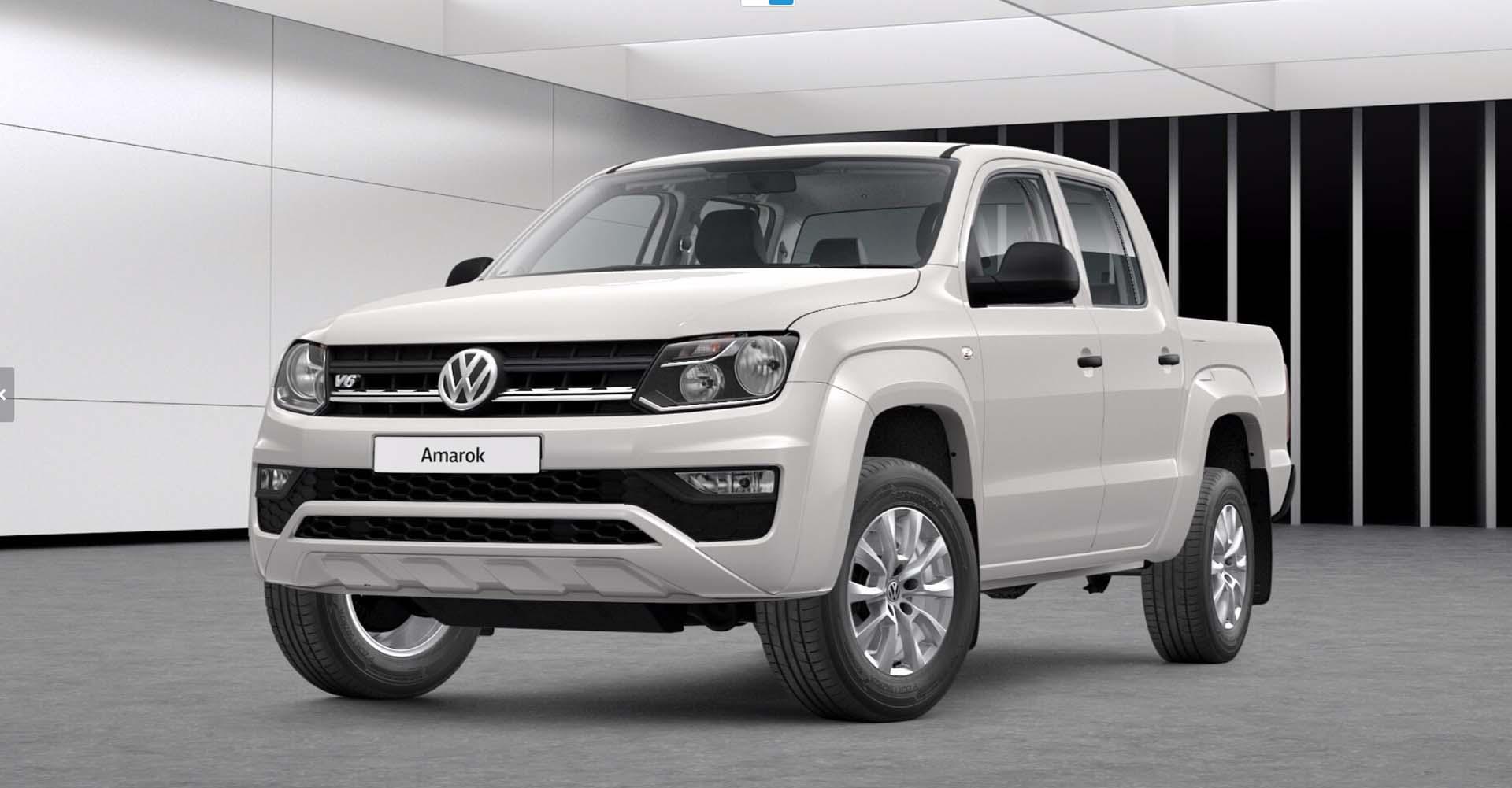 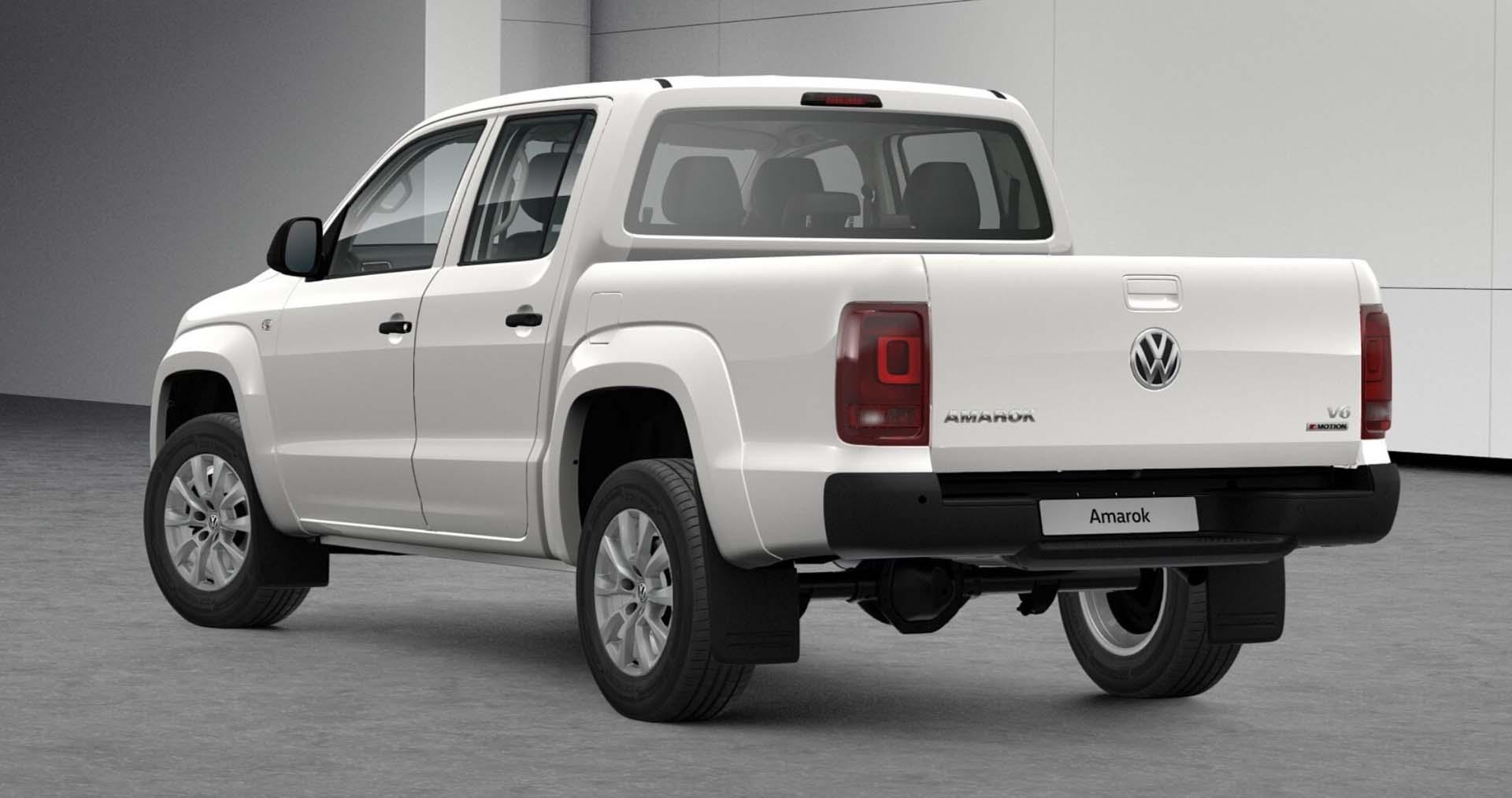 For those who prioritise power over prestige, Volkswagen now offers its impressive TDI550 V6 turbo-diesel engine in the stripped-down, base-spec Amarok Core.

What is the Volkswagen Amarok TDI550 Core?

In TDI550 spec, the 3.0-litre V6 turbo-diesel engine makes a claimed 165kW of power and 550Nm of torque, making the new Core V6 one of the most powerful dual-cab 4x4 utes on the Aussie market. But wait… there’s more. The ‘Overboost’ function sees claimed peak output reaching 180kW and 580Nm, but only for 10-second stints in third and fourth gears when full throttle is applied, such as when overtaking. The result of all this grunt? A 0-100km/h time of just 7.9 seconds.

Like all Amarok V6 models, the Core TDI550’s engine is mated to an eight-speed automatic transmission with a single-range permanent 4x4 system featuring a Torsen centre differential that provides a 40:60 front:rear torque split. First gear is particularly low to make up for the omission of a two-speed transfer case while top gear is tall for good on-road fuel economy.

Compared to the Amarok Sportline, the Core misses out on 18-inch alloys, tailgate assist, colour-coded mirrors, some extra chrome on the grille, rear privacy glass, chrome rear bumper, dual-zone air conditioning, a 12V power socket on the upper dash, a 12V power socket in the tub and front parking sensors.

What the Core TDI550 doesn’t miss out on is a whole lot of safety features found on the higher-grade models (see ‘What safety features does it get?’) and a few driver assistance features such as Hill Start Assist, Hill Descent Assist and a mechanical rear diff lock.

Of course, the Core TDI550 is fitted with the same versatile tub as the rest of the Amarok line-up, which means it measures 1555mm long and 1620mm wide, so it can accommodate a full-width Euro pallet between its wheel arches. There are four cargo tie-down points and, as mentioned, cargo bed illumination.

Overall payload is just shy of a tonne at 989kg and the Amarok TDI500 now has a 3500kg maximum braked towing capacity and a 300kg maximum tow ball load. 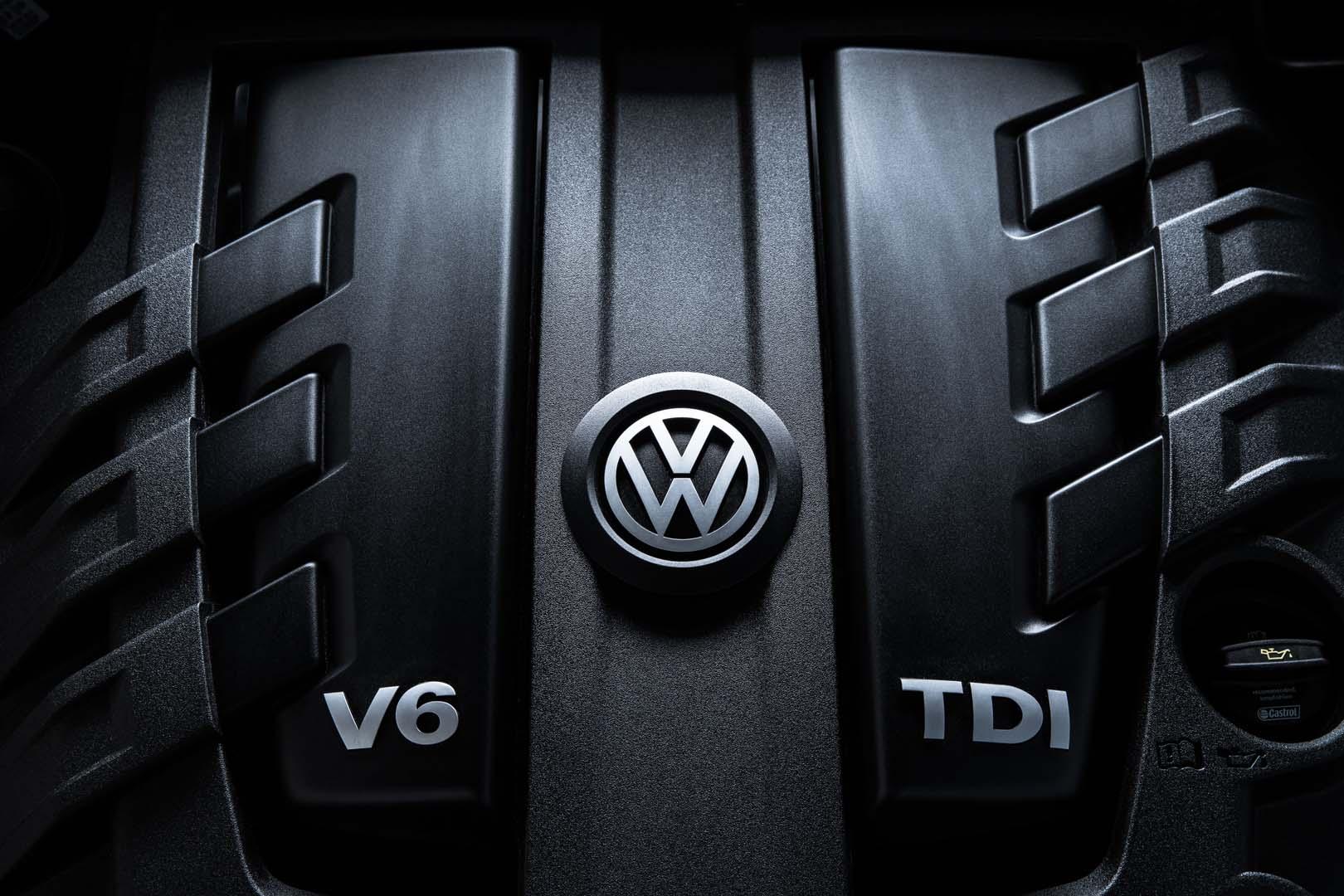 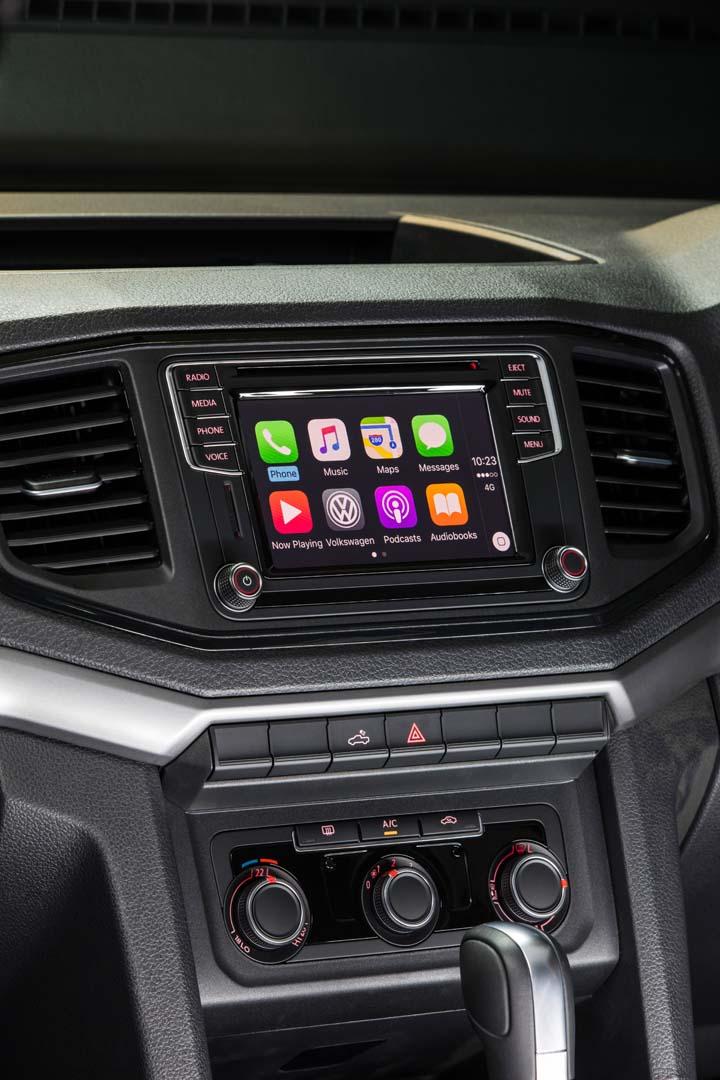 While the interior of the Amarok Core feels a bit low-rent compared to its more luxurious siblings, it’s still a comfortable place to be thanks to its smart and conservative design. Sure, there are a few blanked-out switches on the dash and console, and there’s no bright trim to contrast against the slabs of dark grey, but unless you’re familiar with the better-equipped models you probably won’t feel too hard done by, especially after you grip the leather-bound multifunction steering wheel which is anything but poverty-pack issue.

The driver’s seat is basic but comfortable and it offers a good range of adjustment and rake-adjustable steering. There’s a good view over the bonnet thanks to a windscreen that’s not as raked as many in the class, as well as to the sides thanks to Amarok’s deep side windows. There’s also plenty of storage throughout the cabin including the glovebox, large centre console bin and generous door pockets.

Rear-seat passengers will appreciate the Amarok’s cabin width, even with three adults in the back, although leg room is about class-average for a dual-cab ute, which means it’s not as spacious as many 4x4 wagons.

If you are familiar with the better-equipped Amarok models, however, the features you’re most likely to miss on the Core are the dual-zone climate control air conditioning and the 12V power outlets on the dash and in the tub, the former for charging phones or off-road navigation devices and the latter for powering a portable fridge. 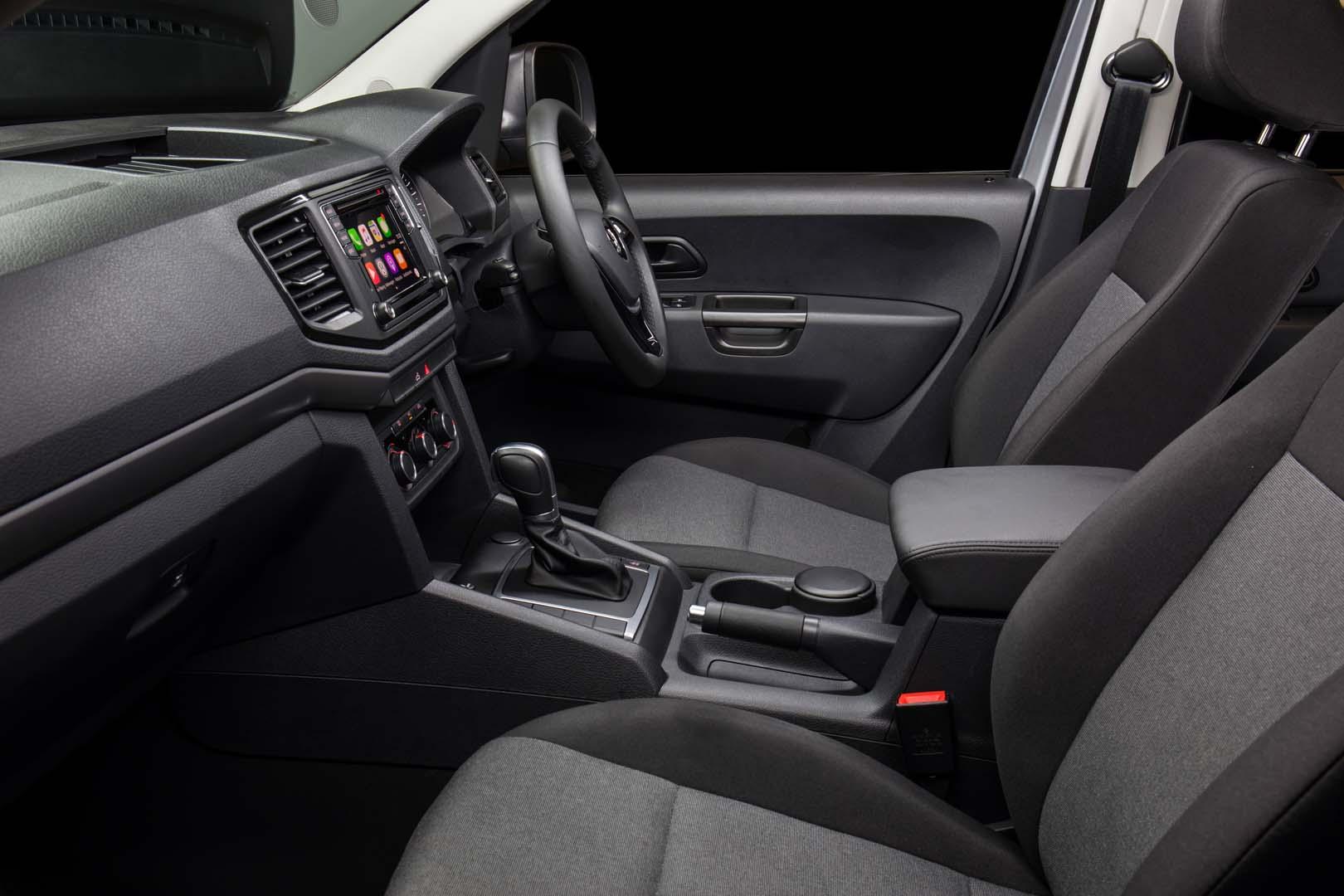 Put your foot down and the Amarok Core TDI550 will leave most of its competitors in the dust. Not only does the 3.0-litre TDV6 engine deliver plenty of grunt throughout the rev range, it’s also smooth, refined and responsive, at times making you forget that it’s a diesel engine at all.

The eight-speed automatic transmission works well with the TDV6 engine, providing smooth shifts and a good spread of ratios. It is happy to hold on to taller gears when climbing hills, relying on the engine’s strong bottom-end, but if you want it to kick down it will do so willingly with a prod on the accelerator. The Sport mode also results in more enthusiastic downshifts, or you can swap cogs yourself via the gear lever.

The top couple of ratios are quite tall, which not only aids fuel economy, but also results in relaxed open-road touring, and the Amarok’s cabin offers impressive noise insulation at highway speeds. For a base-spec ute, it’s certainly a comfortable long-distance mile-eater.

The suspension tune is on the firm side but the independent double wishbone front-end is well matched to the live-axle leaf-spring rear, which offers a reasonable ride when unladen yet copes well with a heavy load. The power-assisted steering offers good feel and response, and the Amarok exhibits well-controlled body roll even when cornering at speed.

The Amarok is one of the few vehicles in the ute class to offer a full-time 4x4 system, which is of great benefit when driving on wet and slippery blacktop, or when driving on gravel and dirt roads. While the torque split is generally biased 40:60 front to rear, in slippery conditions the Torsen centre differential will apportion more torque automatically to the wheels with the most grip.

On slippery surfaces such as dirt roads, the Amarok’s Electronic Stability Programme works well, allowing a little bit of excitement in the chassis before arresting understeer or oversteer. The result is a sporty feeling that more conservative 4x4 utes lack.

On test the Amarok Core TDI500 averaged around 10L/100km, which results in a safe touring range of around 750km from the 80-litre fuel tank. 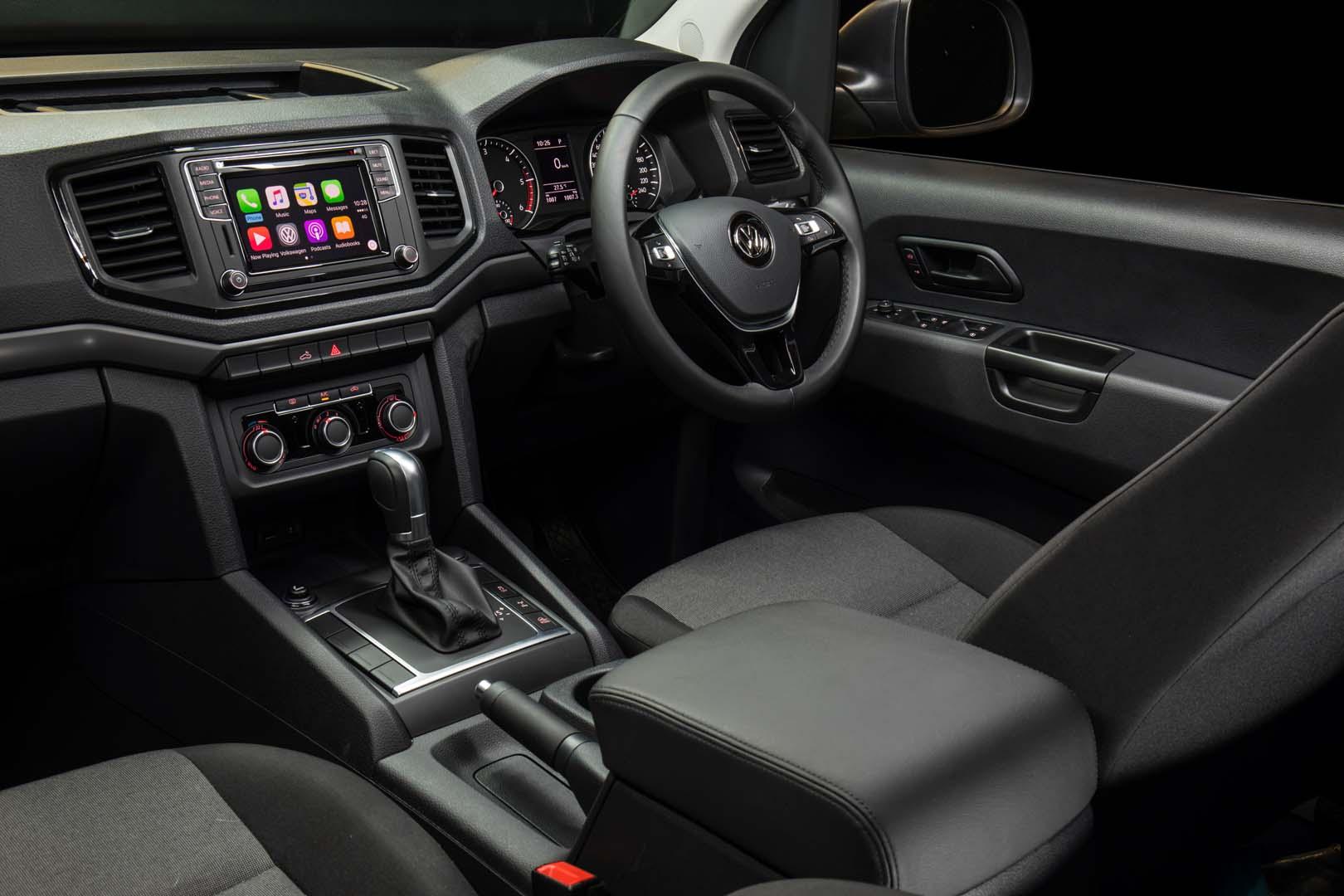 The Amarok Core TDI550 has all the off-road arsenal most drivers will ever need. Sure, it doesn’t have a two-speed transfer case, but its low first gear provides an overall reduction of 17.4:1 that, combined with the torque multiplying effect of the automatic transmission, sees the Amarok easily climb most steep inclines. Importantly, for less experienced (or just plain lazy) drivers, the Amarok is a doddle to drive off-road: simply point it at the terrain and drive; there’s no need to engage 4x4, select low-range or do anything else. Of course, you can press the clearly labelled ‘off-road’ button on the centre console, which will activate the Hill Descent Control (HDC) and recalibrate the ABS settings for better braking performance on loose surfaces, but that’s really only of benefit when descending steep hills.

The traction control system is nicely calibrated, and it does a great job of arresting wheelspin in undulating terrain where the Amarok may lift a wheel or two. And, importantly, traction control remains active on the front axle when the rear diff lock is engaged.

The Core TDI550’s standard 245/65R17 tyre package allows for a good choice of replacement rubber with Light Truck construction and a more aggressive tread pattern, which can be harder to source on higher-spec Amaroks with 18-inch and 20-inch rims.

The main off-road negative is the Amarok Core’s less-than-ideal 500mm wading depth; the first accessory you’d want to buy would be a good quality snorkel, of which there are several on the market. 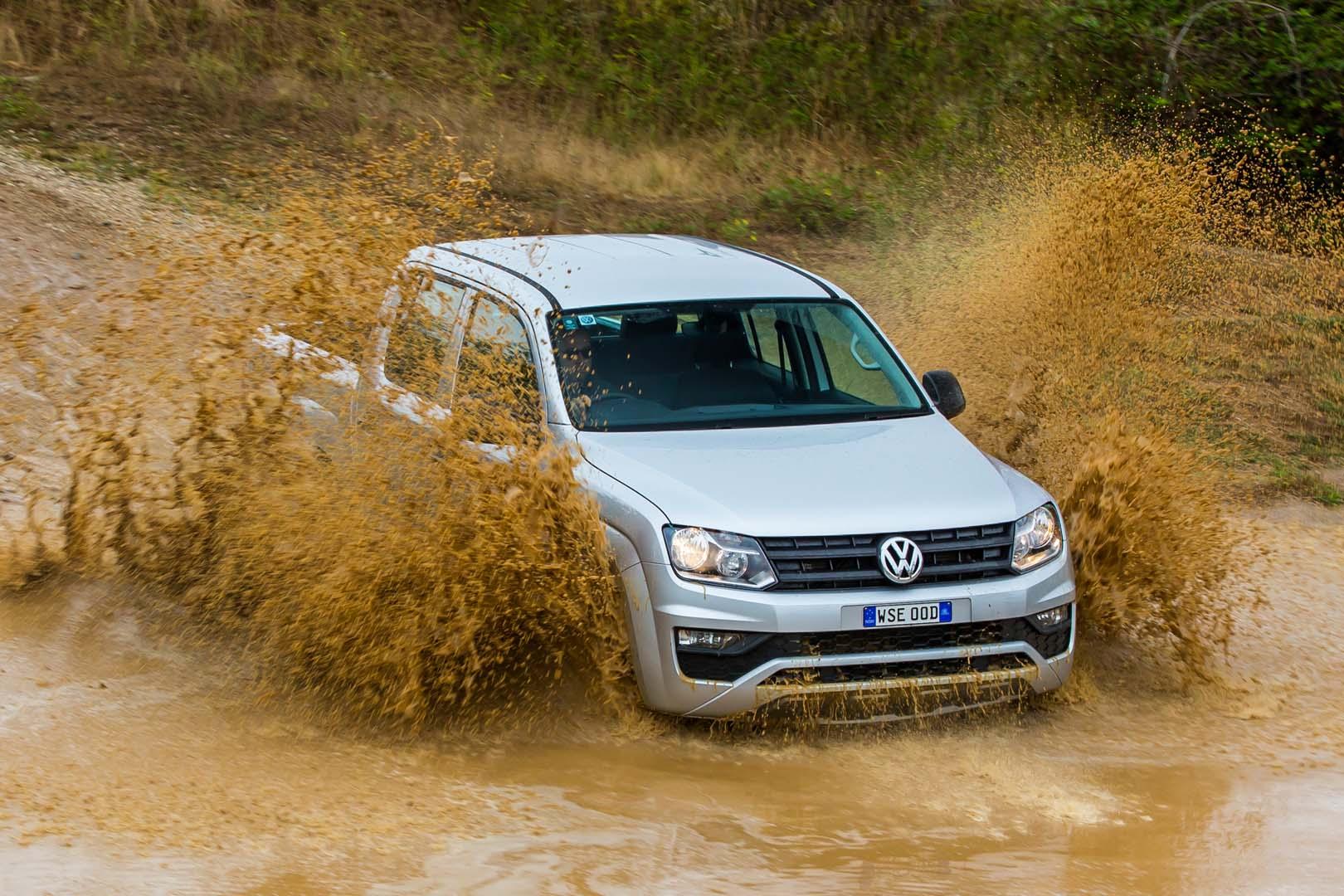 The Core misses out on the Sportline’s front parking sensors, and features fitted to Highline and Ultimate models such as static cornering lights and tyre pressure monitoring system (TPMS).

All Amaroks lack lane-keeping assist and autonomous emergency braking, which now feature on some competitor utes including Ford Ranger and Mercedes-Benz X-Class. And the lack rear-seat airbags in Amarok will likely put some potential buyers off.

So, what do we think of the Volkswagen Amarok TDI550 Core?

Despite its age, the Amarok has stood the test of time well, and the fact you can now jump into a potent TDV6 version for a trifle over $50k is great news for fans of strong on-road performance and those with big trailers or caravans to tow. And the Amarok Core TDI550 is no one-trick pony – it also offers great on-road dynamics, impressive off-road capability and feels more refined than many class competitors.

If you’re after a powerful work ute and don’t need the frills, the Amarok Core TDI550 could just be the ticket. 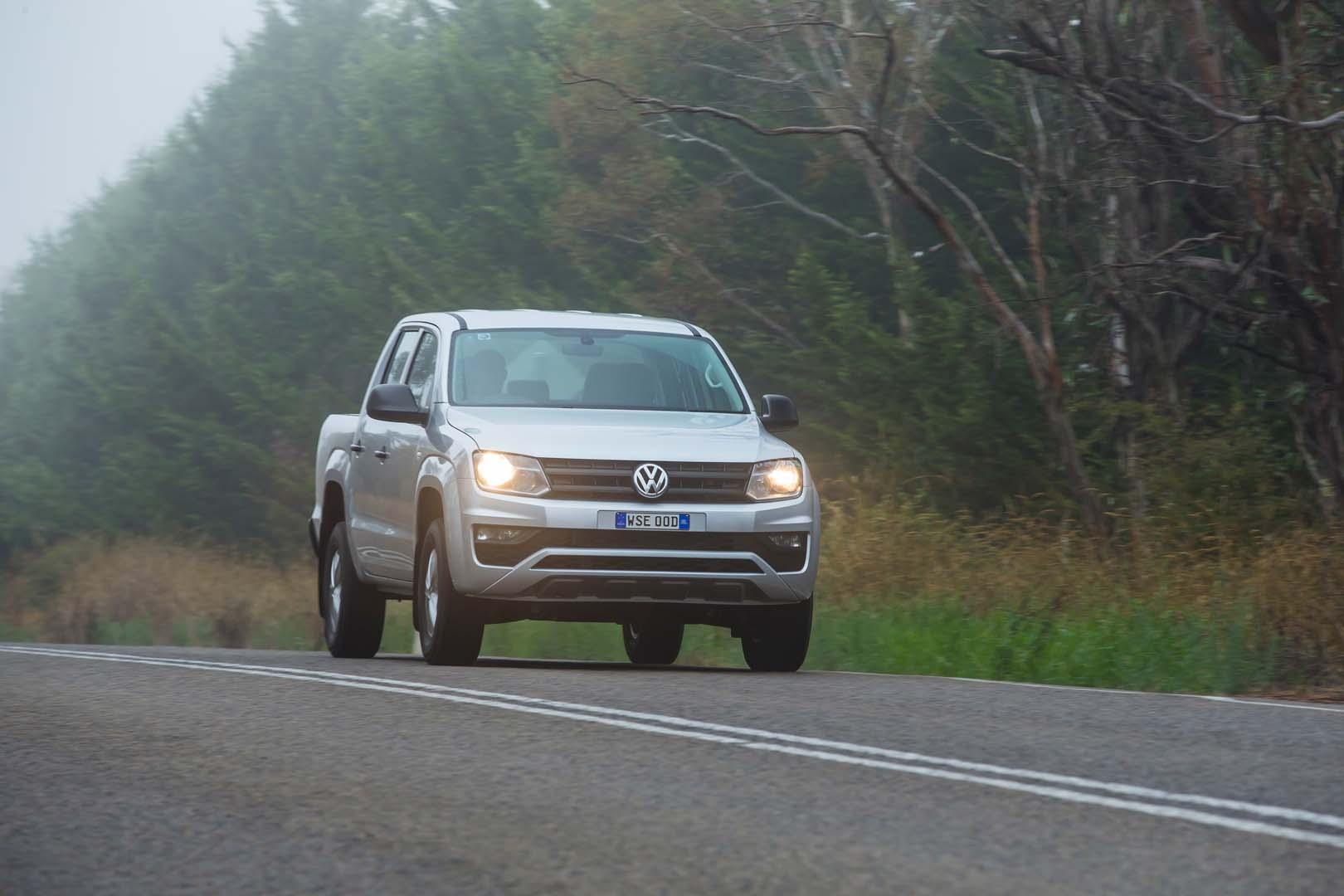 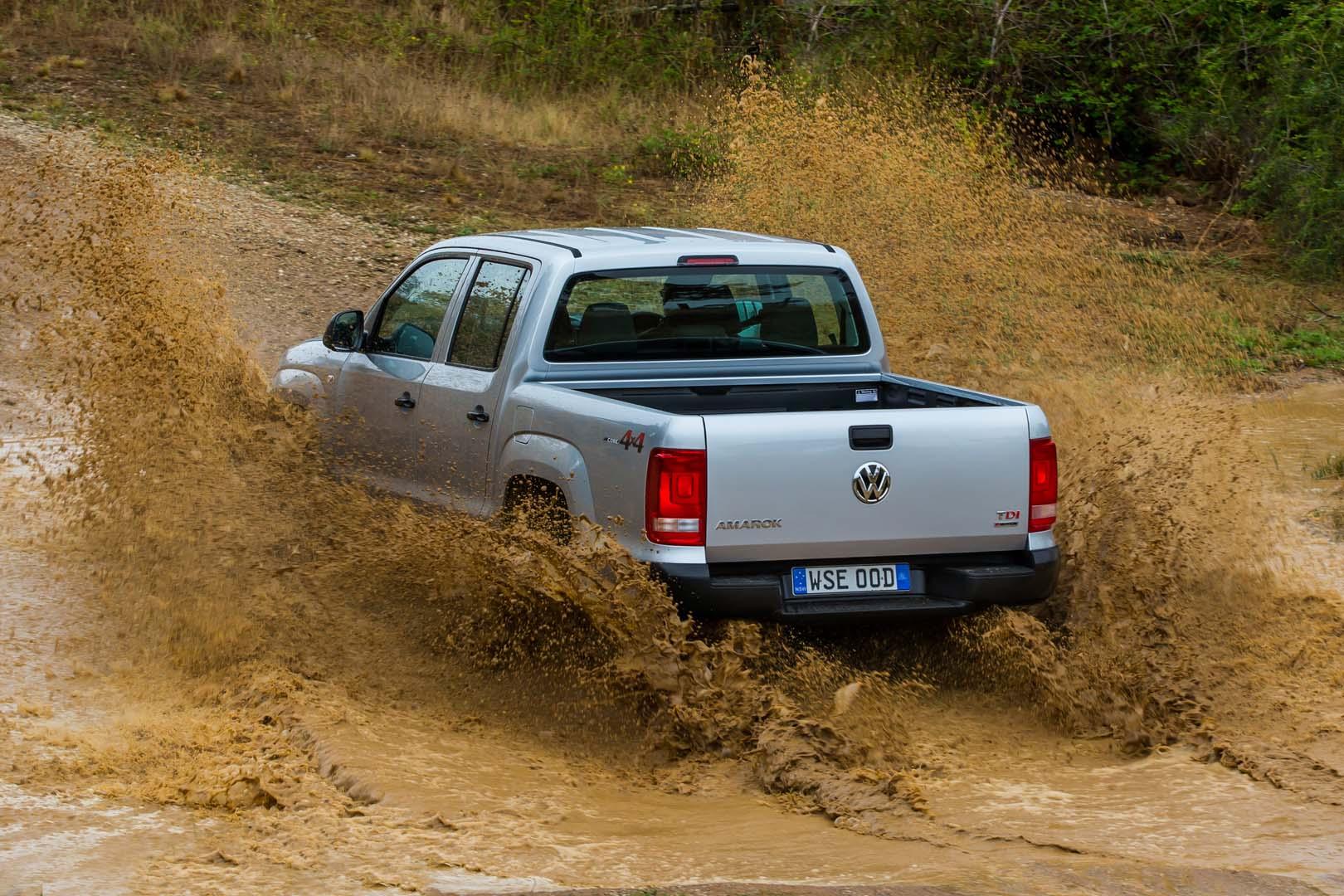