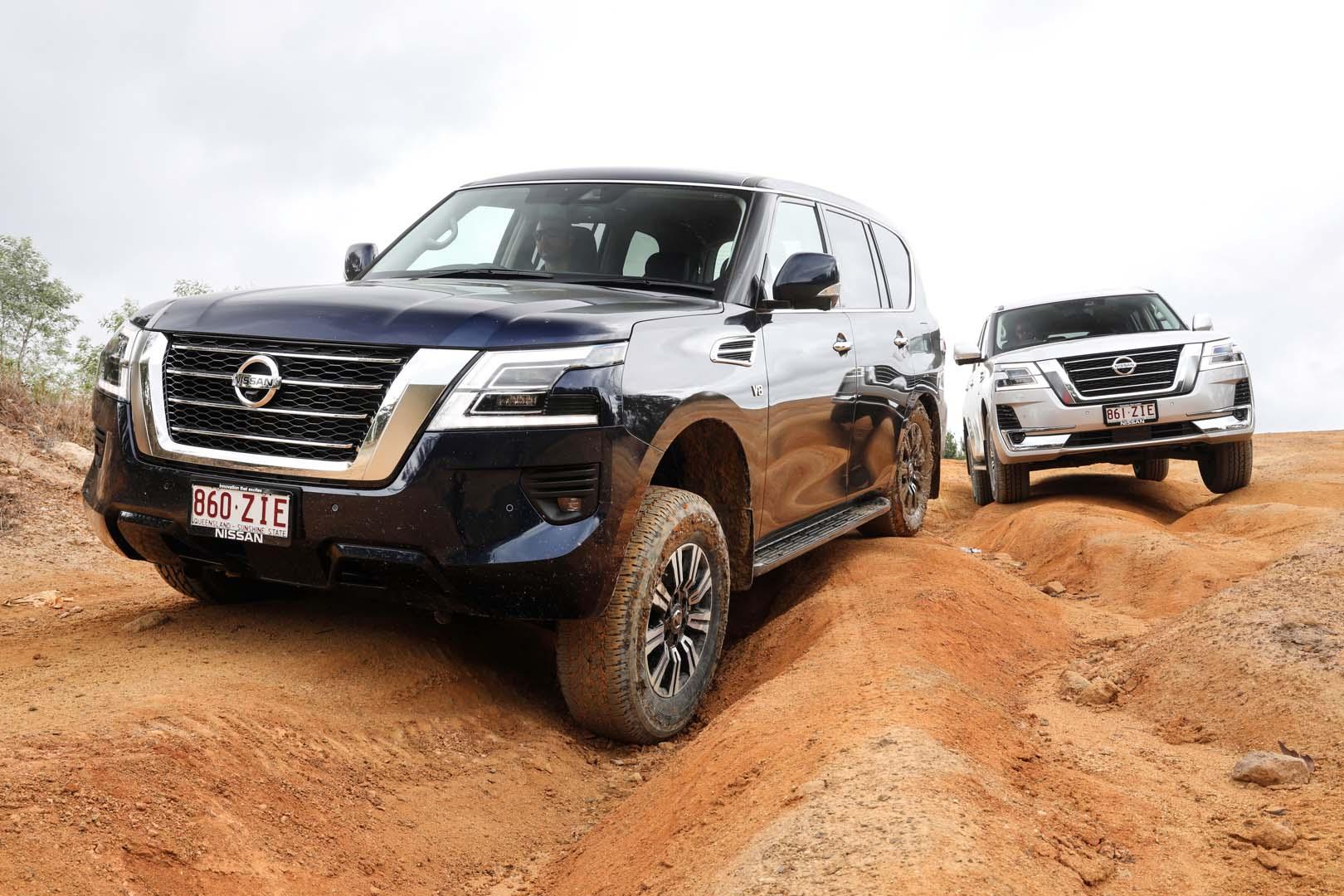 While it misses some of the tech offered on overseas market versions, the MY20 Patrol is still a notable upgrade on a platform that was introduced in 2013 and last updated in 2017. 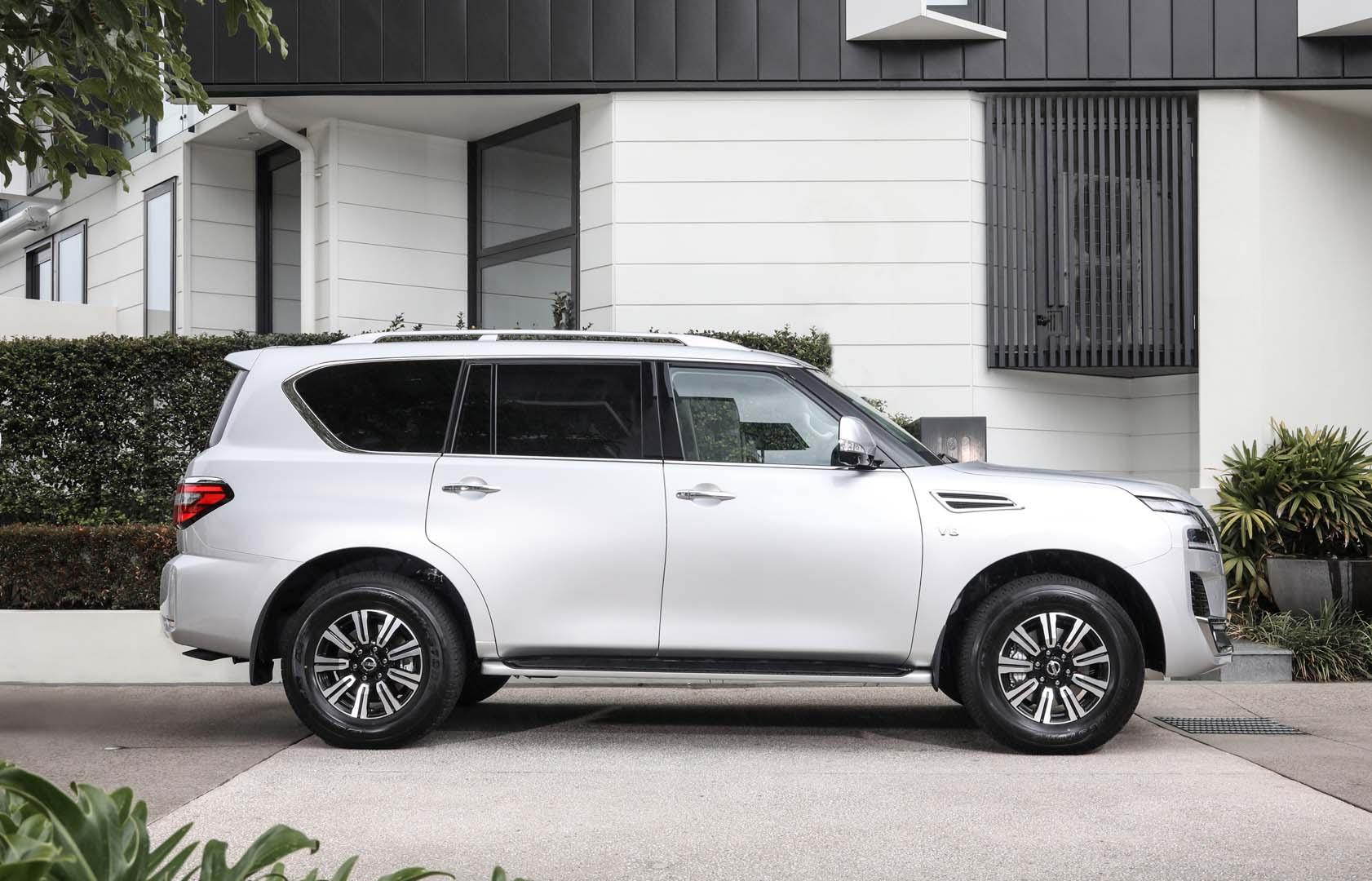 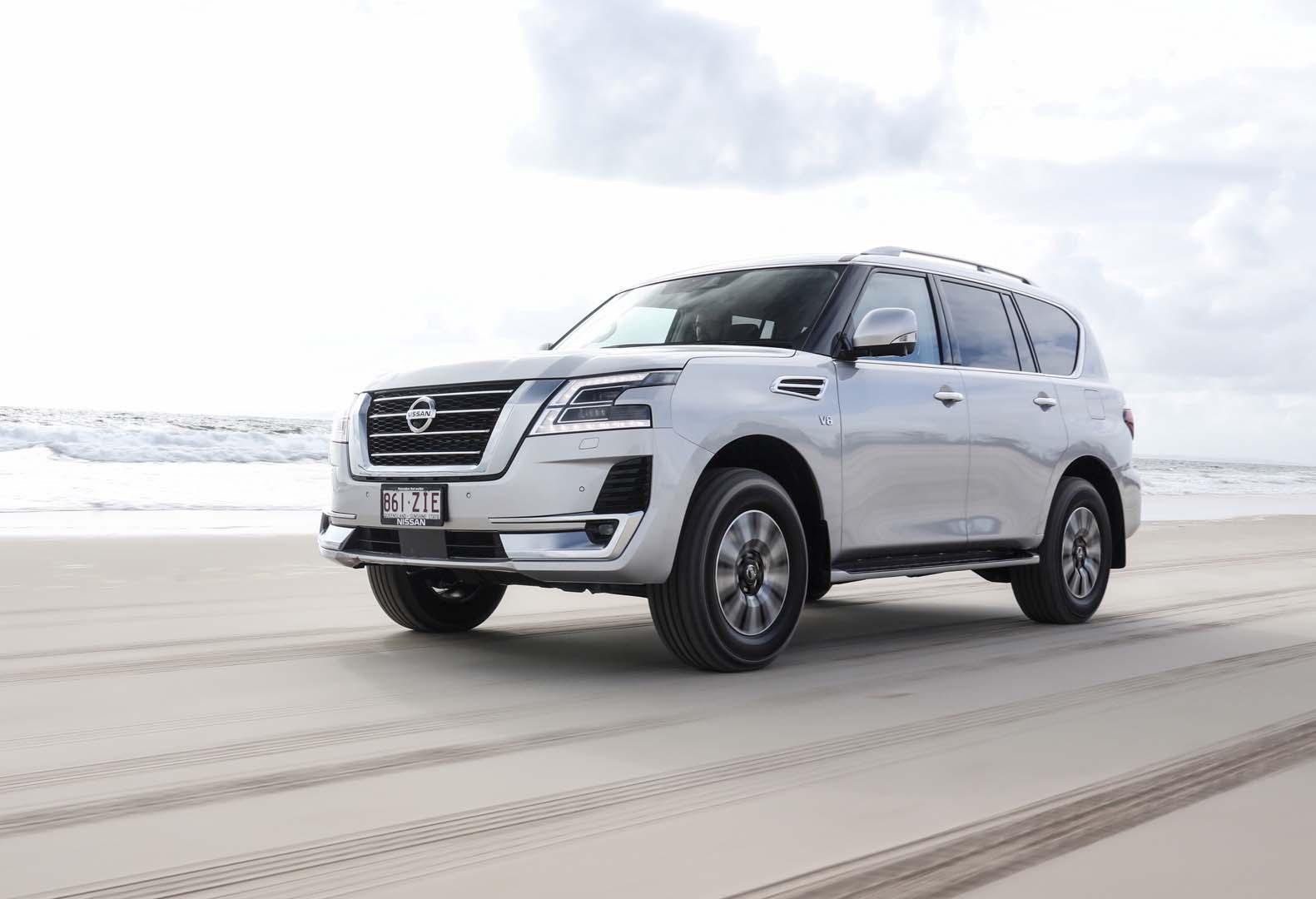 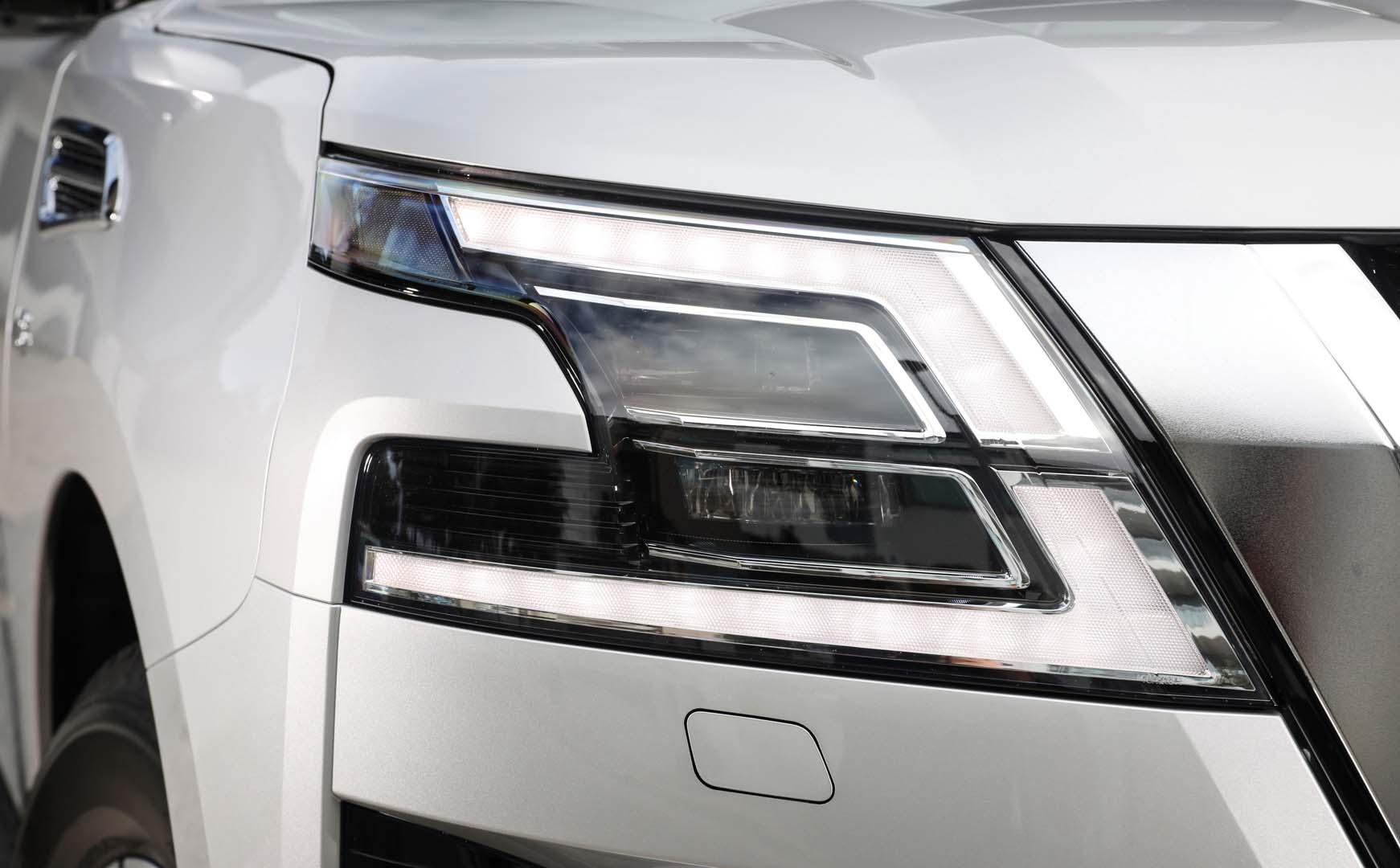 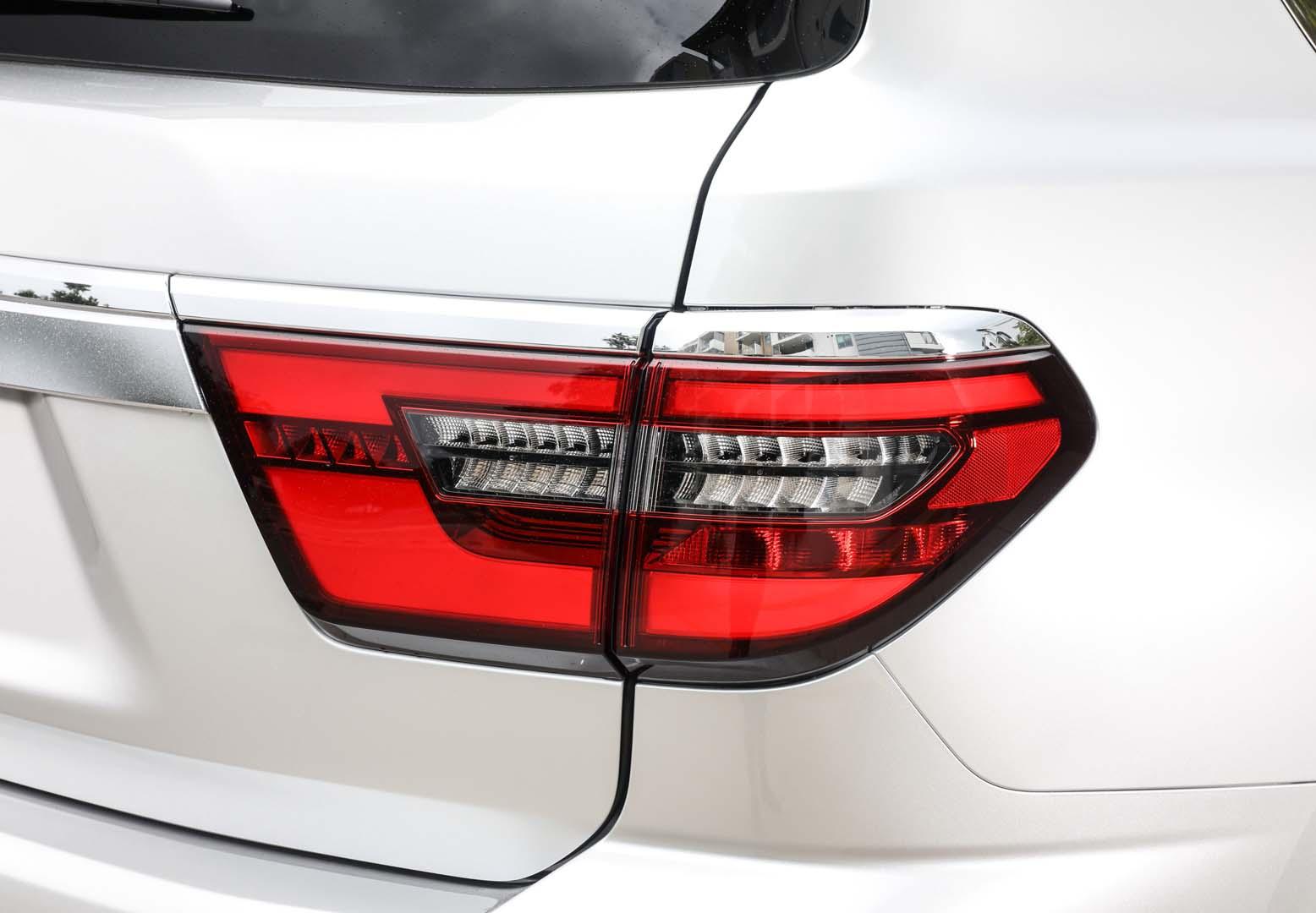 Reaching Nissan dealerships in November, the 2020 Patrol continues the two-tier model structure of Ti and Ti-L, with the distinctive restyle applying to both variants, but the new look is tweaked further on the Ti-L to define it against its lower-priced and equipped companion.

Starting with a wider and deeper grille, there’s a blunter look to the front end, with the grille edged with a thick chrome U-shaped bar, while the headlights are now a more angular, C-shaped design with a horizontal focus. On the Patrol Ti, the foglamps sit higher than previously and delete the chrome surround of the outgoing version. There’s a chunkier look to the lower edge of the front bumper, but the approach angle looks to be no different.

On the Patrol Ti-L, the foglamps sit lower and there is a blade-style chrome surround that picks up on the headlight shape. Above these are horizontal vent openings, while the bumper’s lower edge is more squared off than even the Ti version. Nissan defines the redesigned Ti front end as being ‘sporty’, while the Ti-L is ‘premium’.

At the rear, the bumper has been reshaped, with narrower reflectors and, like the front, it’s squared off with a boxier look and lower valance that’s more closely integrated. The tail lights get a major makeover, with a horizontal, C-shaped theme like the headlights, while a chrome strip runs the length of the back end and the tail gate handle now sits under a wider chrome strip carrying PATROL lettering.

Nissan says the new head and tail light design consists of 52 LEDs in the front lights and 44 in the rear. The foglamps are LED, too.

In profile, there are no changes, with the same side glass, front guard vents, wheelarch openings and door handles, but the mirror caps are now power-operated to go with the existing heated function, while the redesign does bring a new-look 18-inch alloy wheel. Applied to both Ti and Ti-L versions, the nine-spoke design has a machined look to the face of the spokes and recessed wheel nuts. 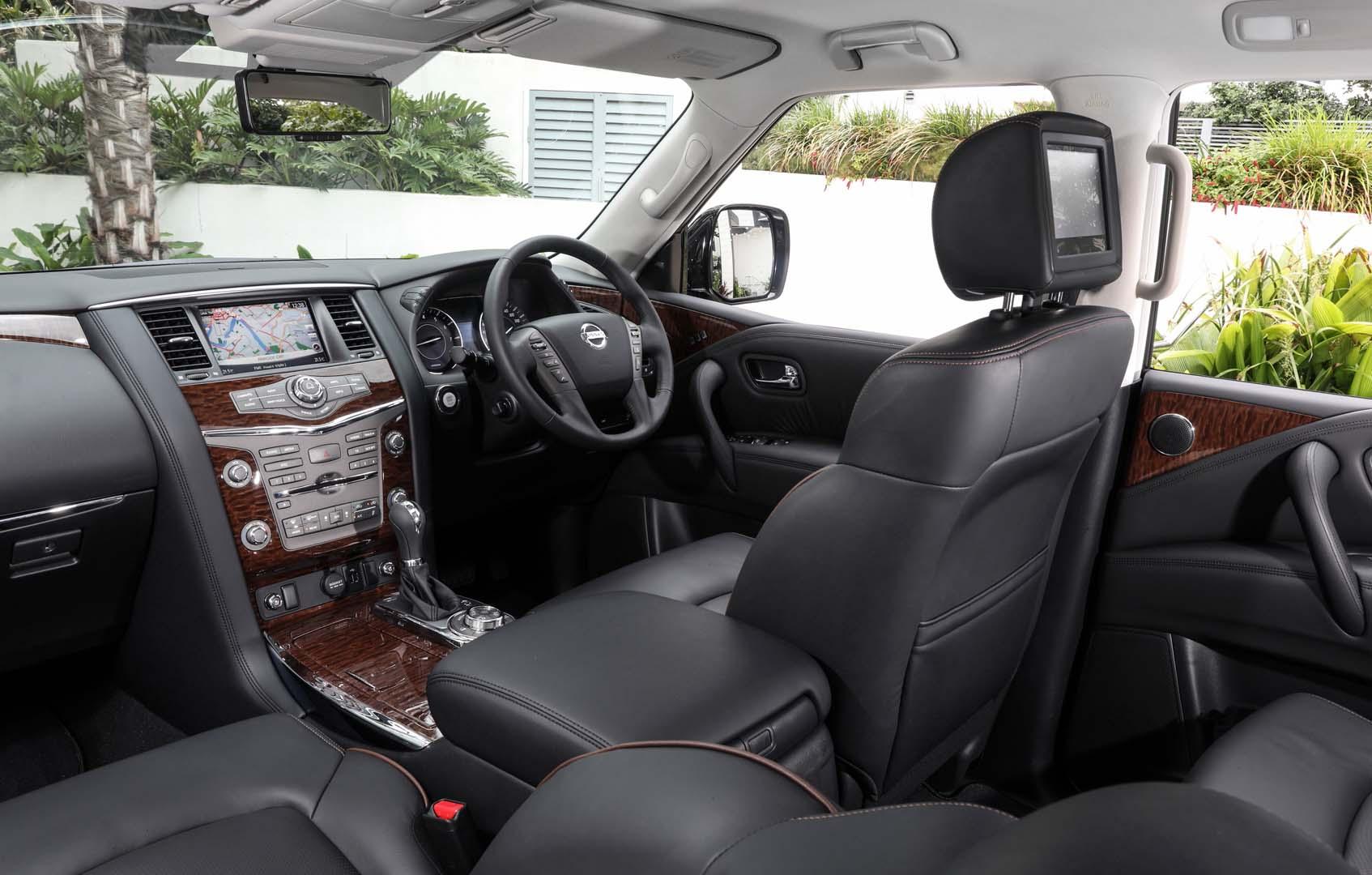 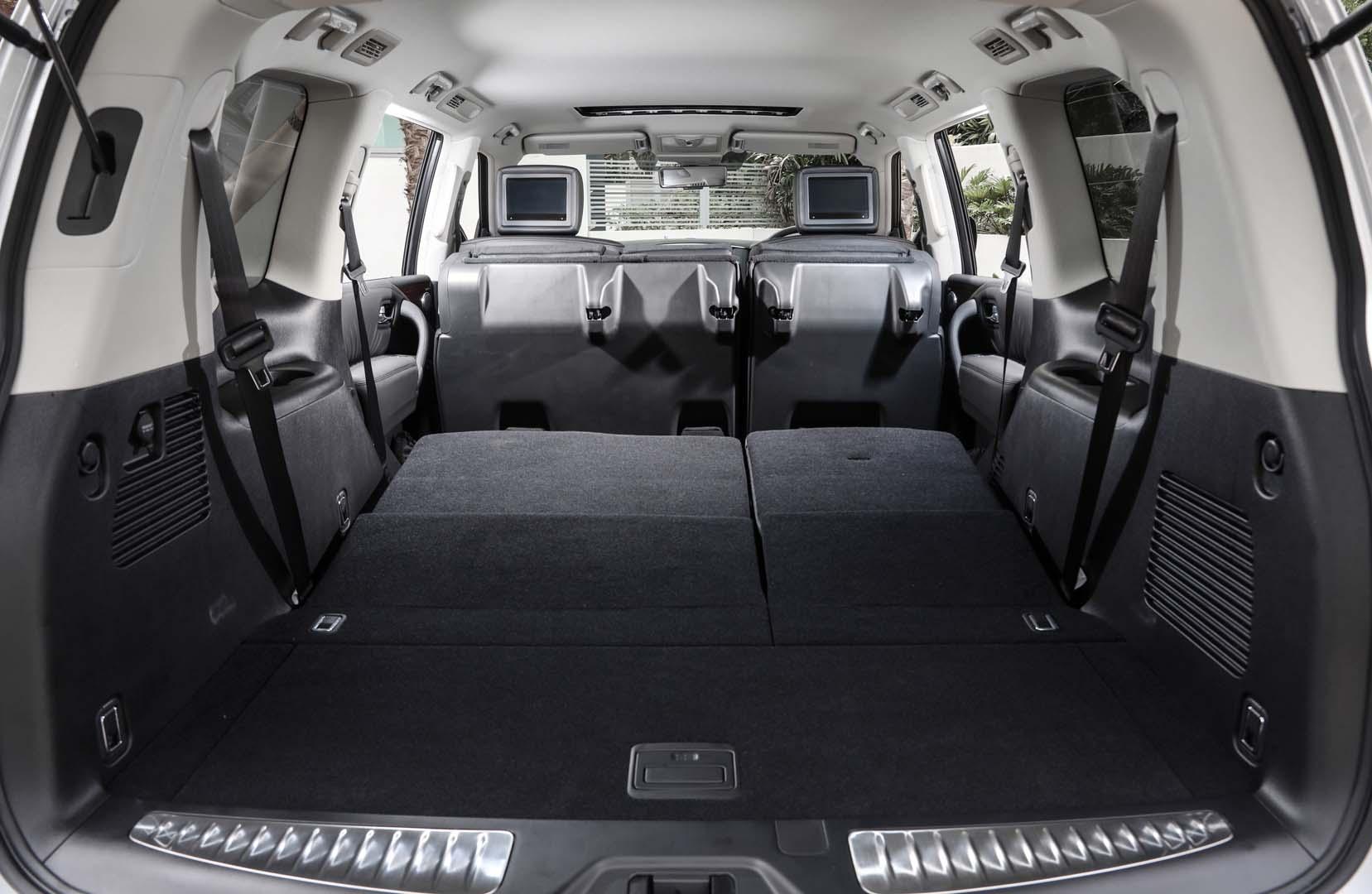 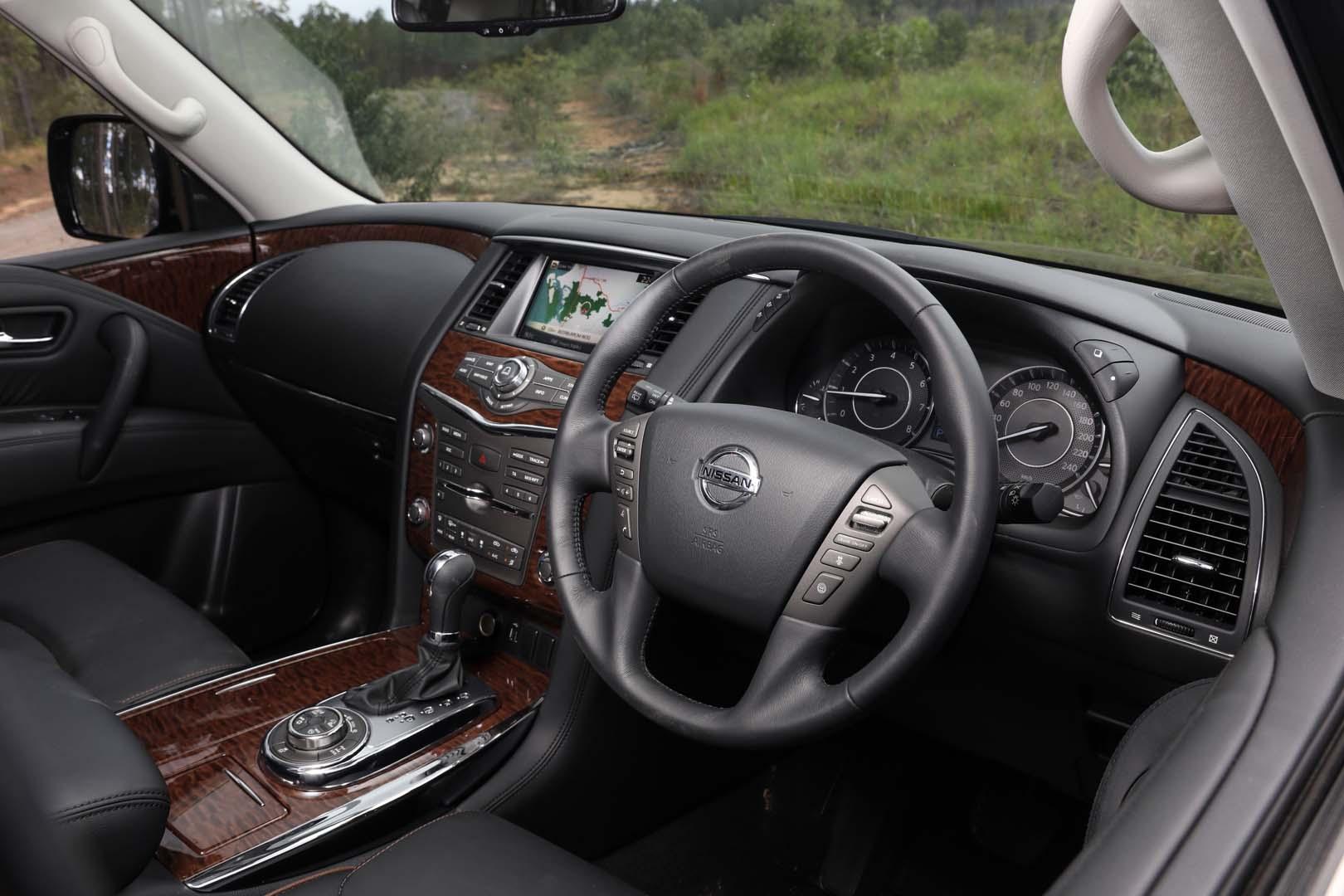 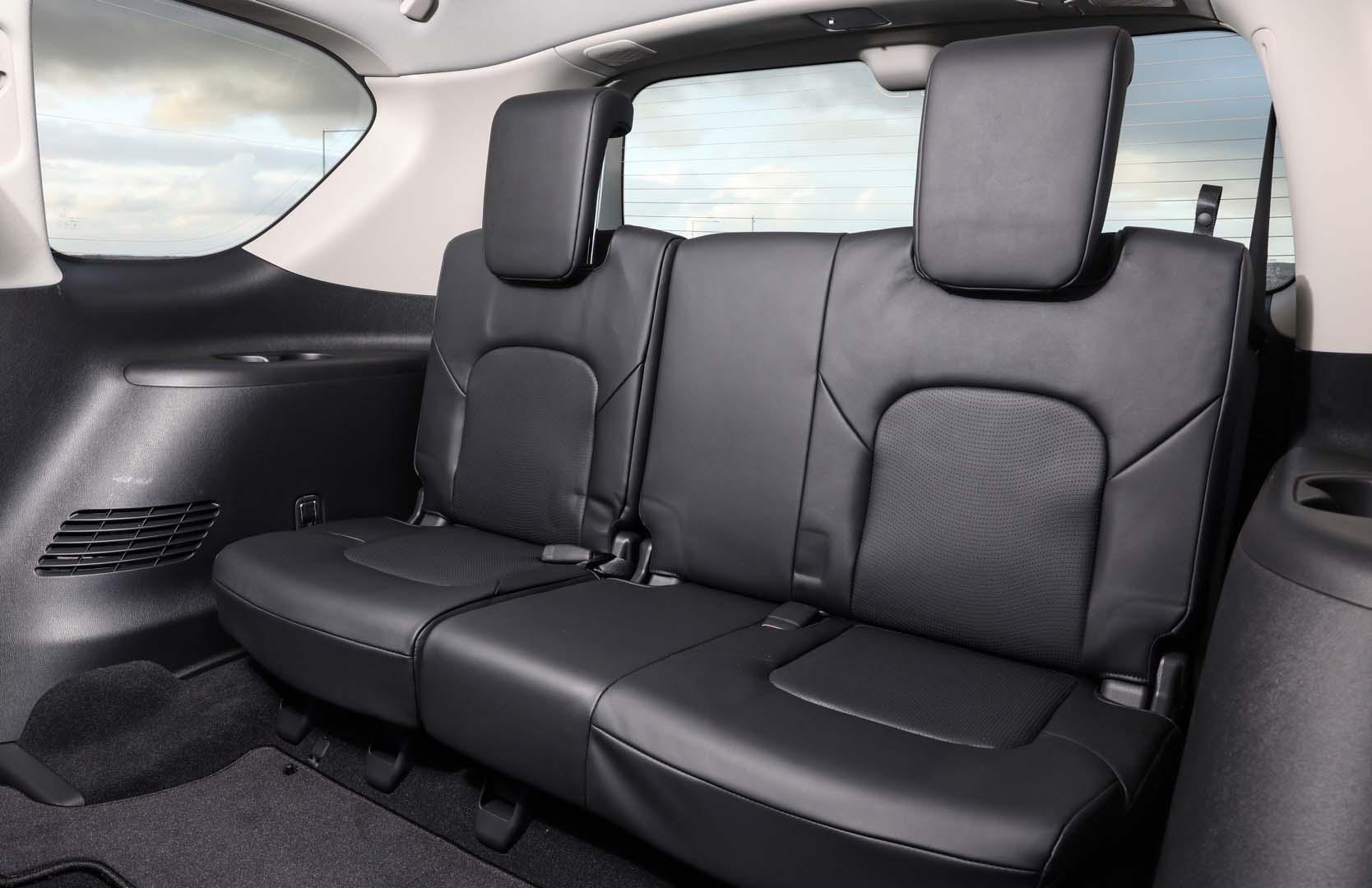 The ADAS (Advanced Driver Assistance Systems) has been enhanced for the MY20 Patrol, with what’s claimed to be more Nissan Intelligent Mobility Features than ever before.

The Ti adds an auto anti-dazzle rear view mirror, while the Ti-L retains its Intelligent Rear View Mirror that combines a conventional mirror with a video monitor, so views behind the vehicle aren’t interrupted by luggage and rear seat occupants. 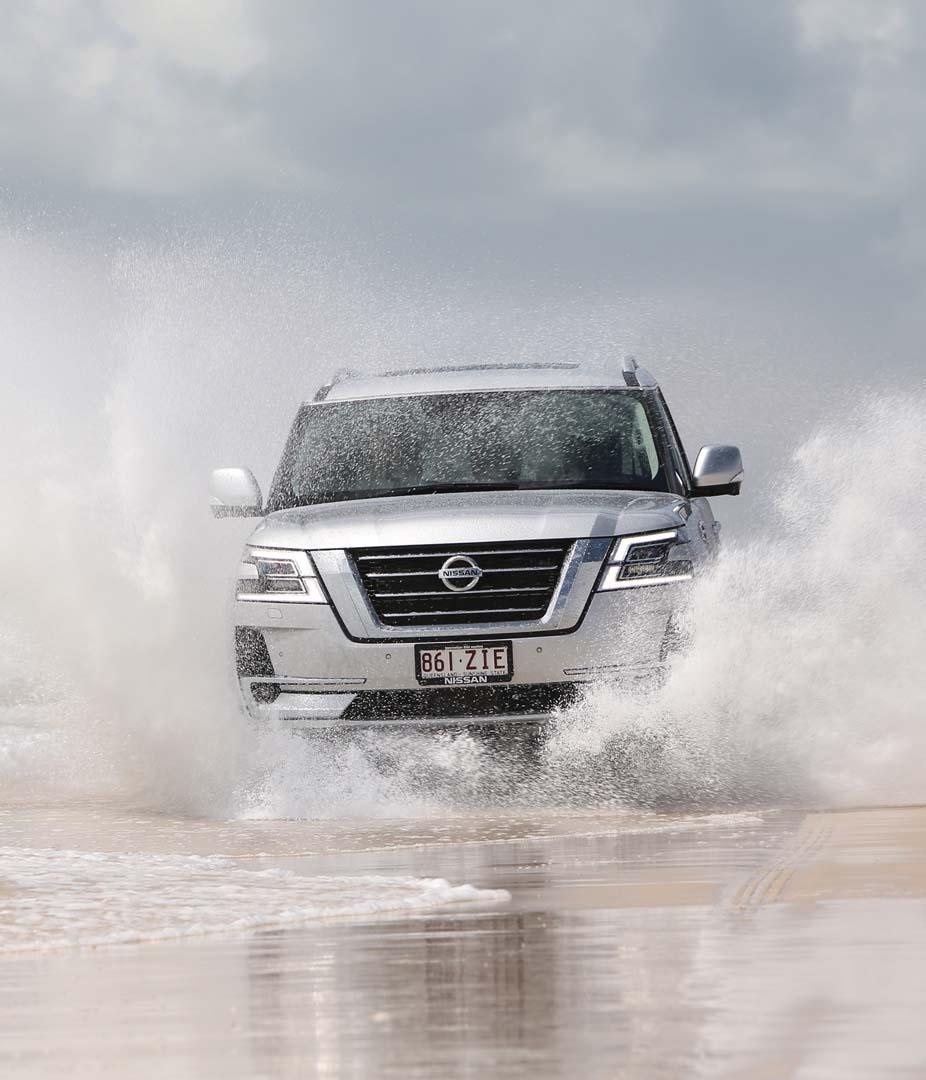 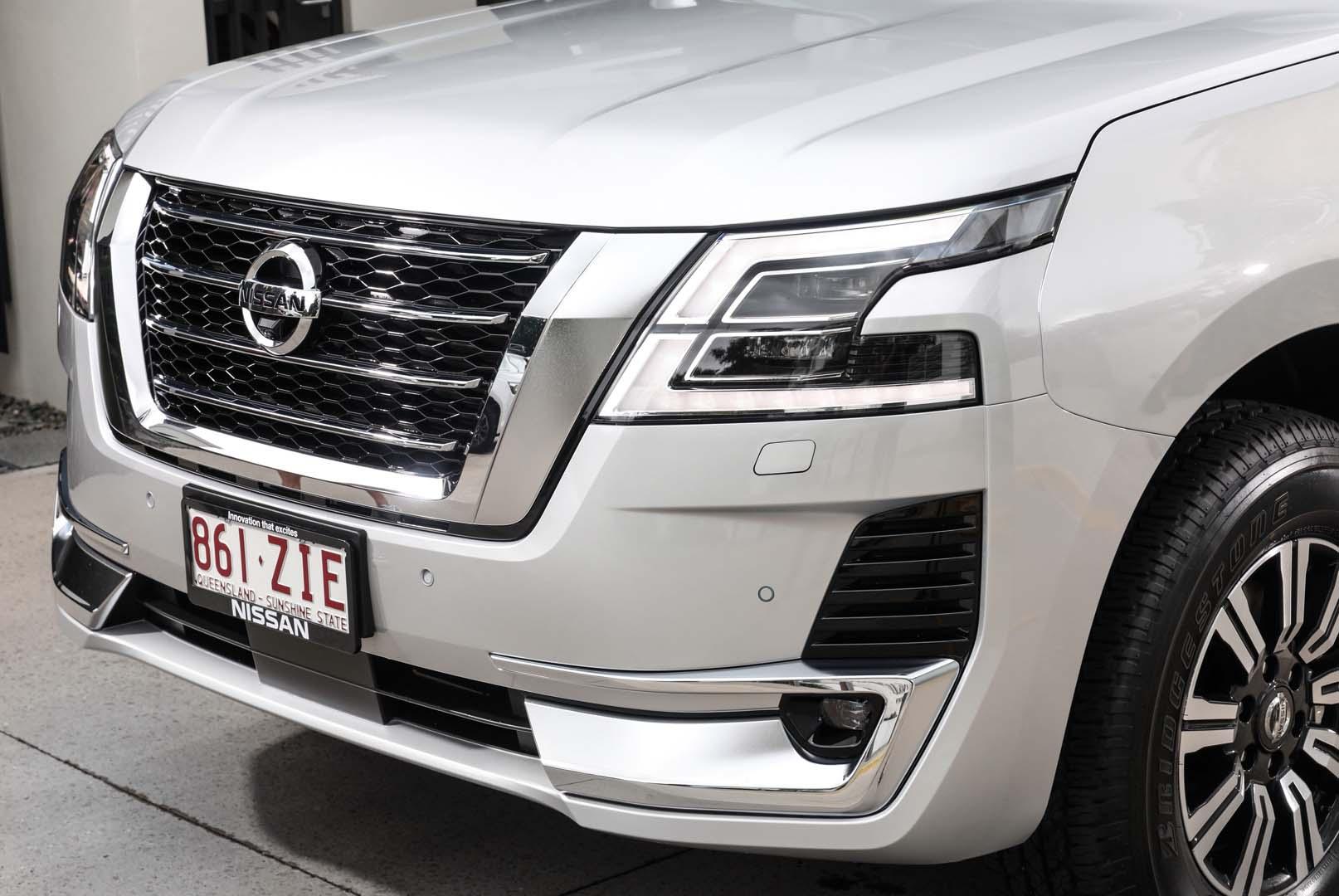 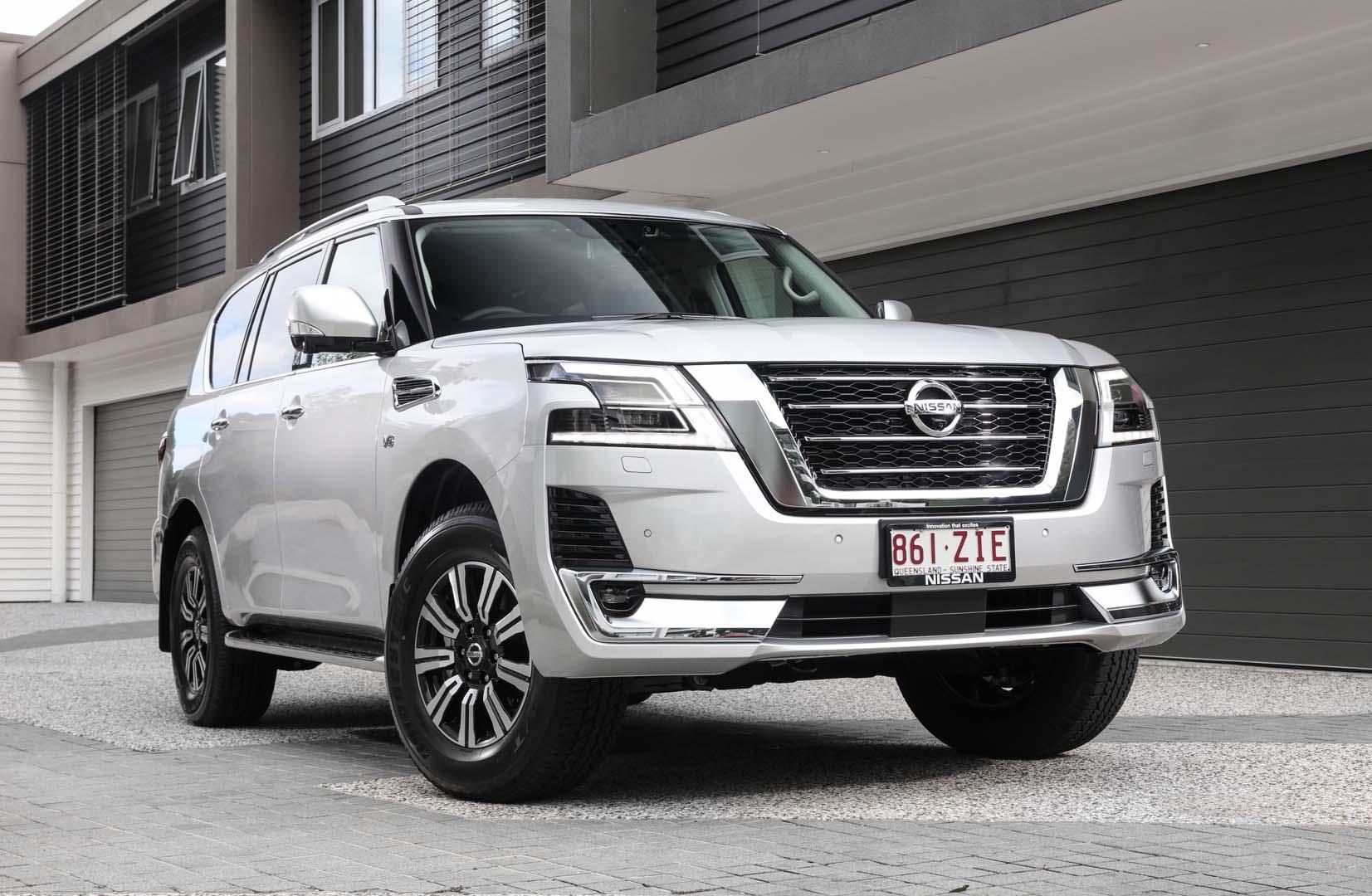 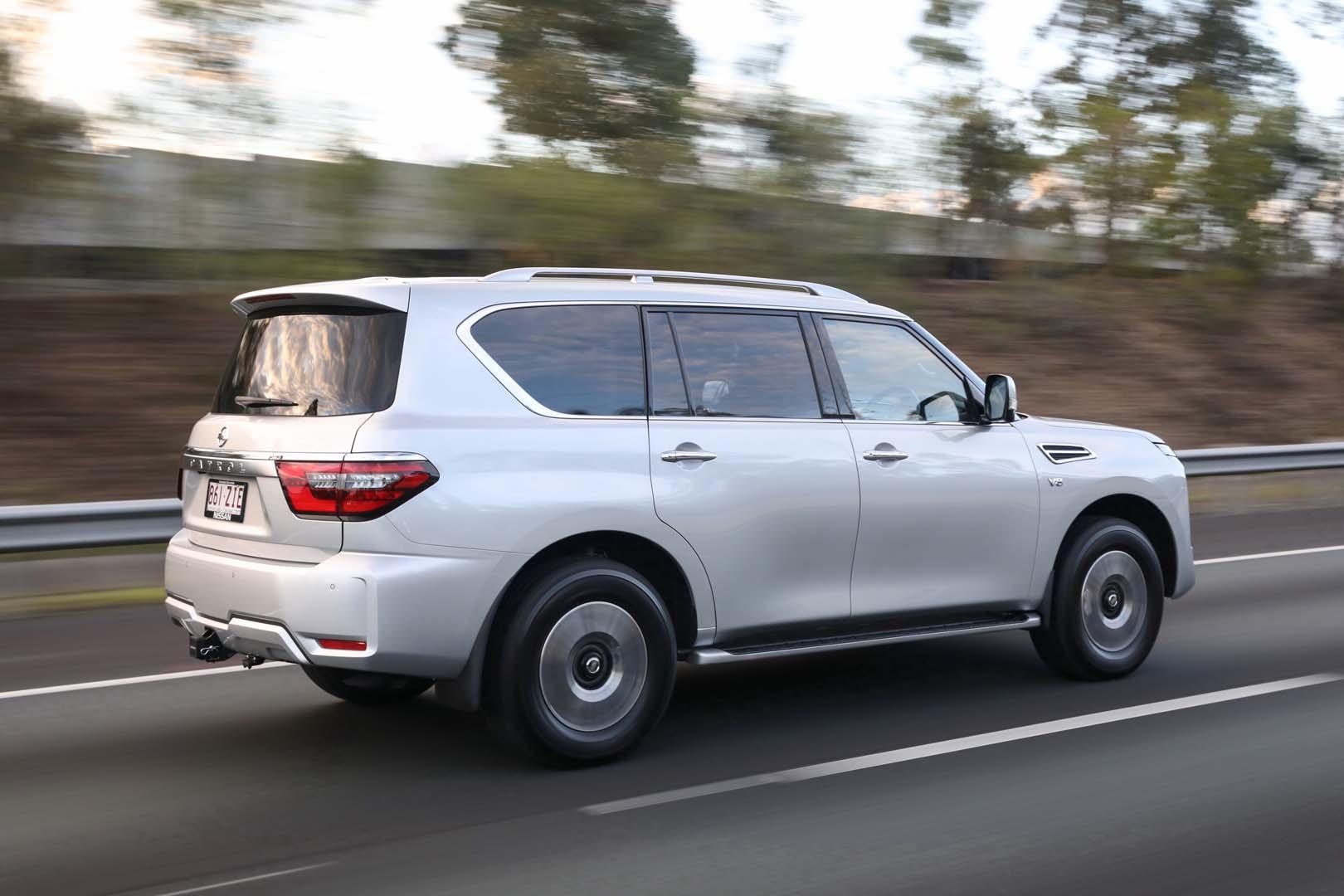 Other changes of note for the 2020 Patrol include a suspension tune aimed at delivering a more comfortable ride on the road. Front and rear dampers have been “enhanced” to provide more dampening at a higher piston speed to smooth out bumps on bitumen and paved surfaces.

For those looking to pull boats and caravans, the suspension mods do not affect the new Patrol’s 3500kg maximum towing capacity.

An update to the tri-zone climate control air conditioning system is said to provide improved airflow – particularly for third-row passengers – while front seat occupant climate control is enhanced for faster cooling and the heated front seats now have a wider heat map.

The rest of the interior is mostly unchanged from the outgoing Patrol, with similar seat and dash trims, centre console controls and instrumentation.

Finally, the MY20 Patrol will be available with three new colours in the six-colour palette - Moonlight White, Galaxy Gold and Hermosa Blue. 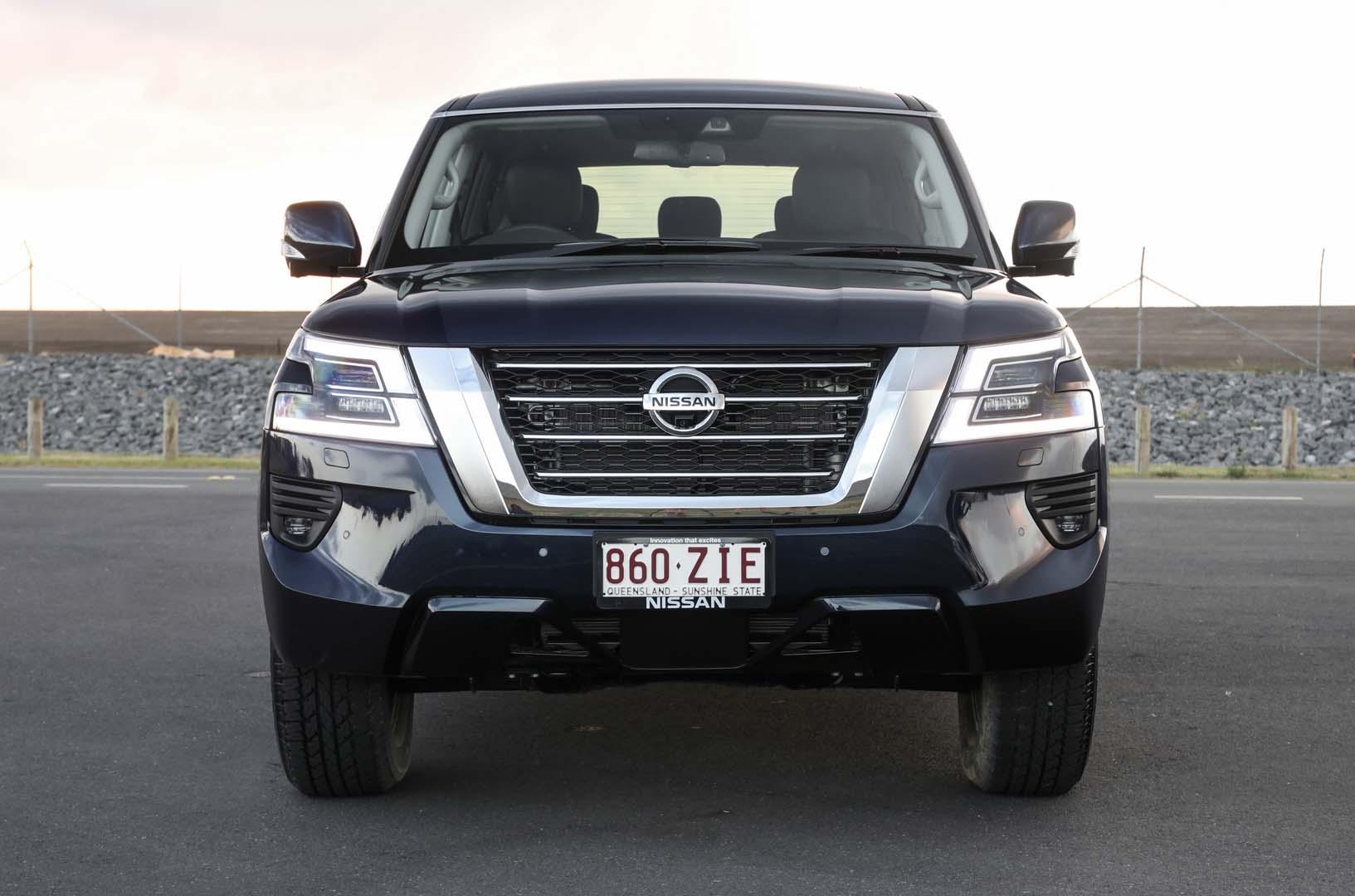 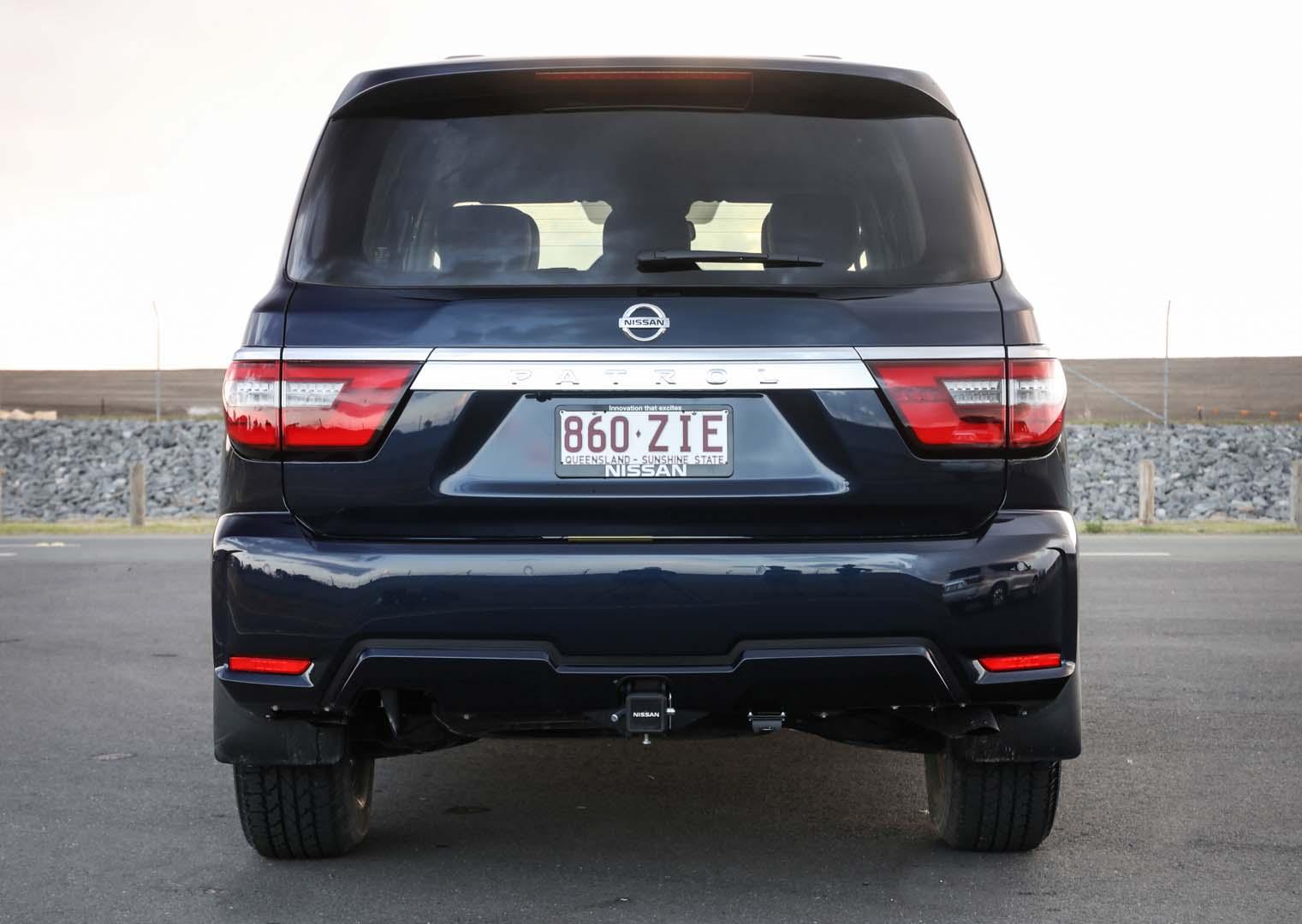 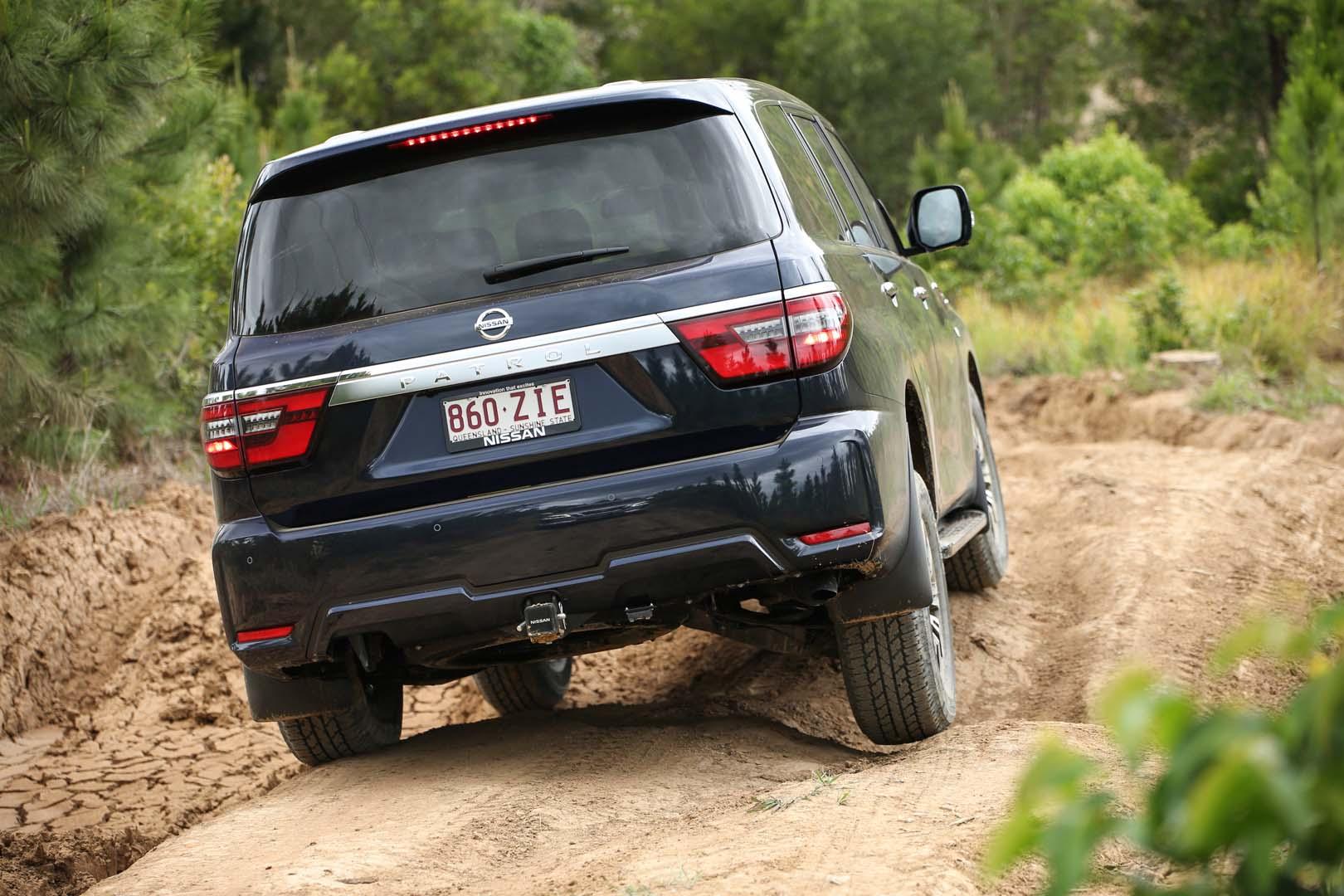 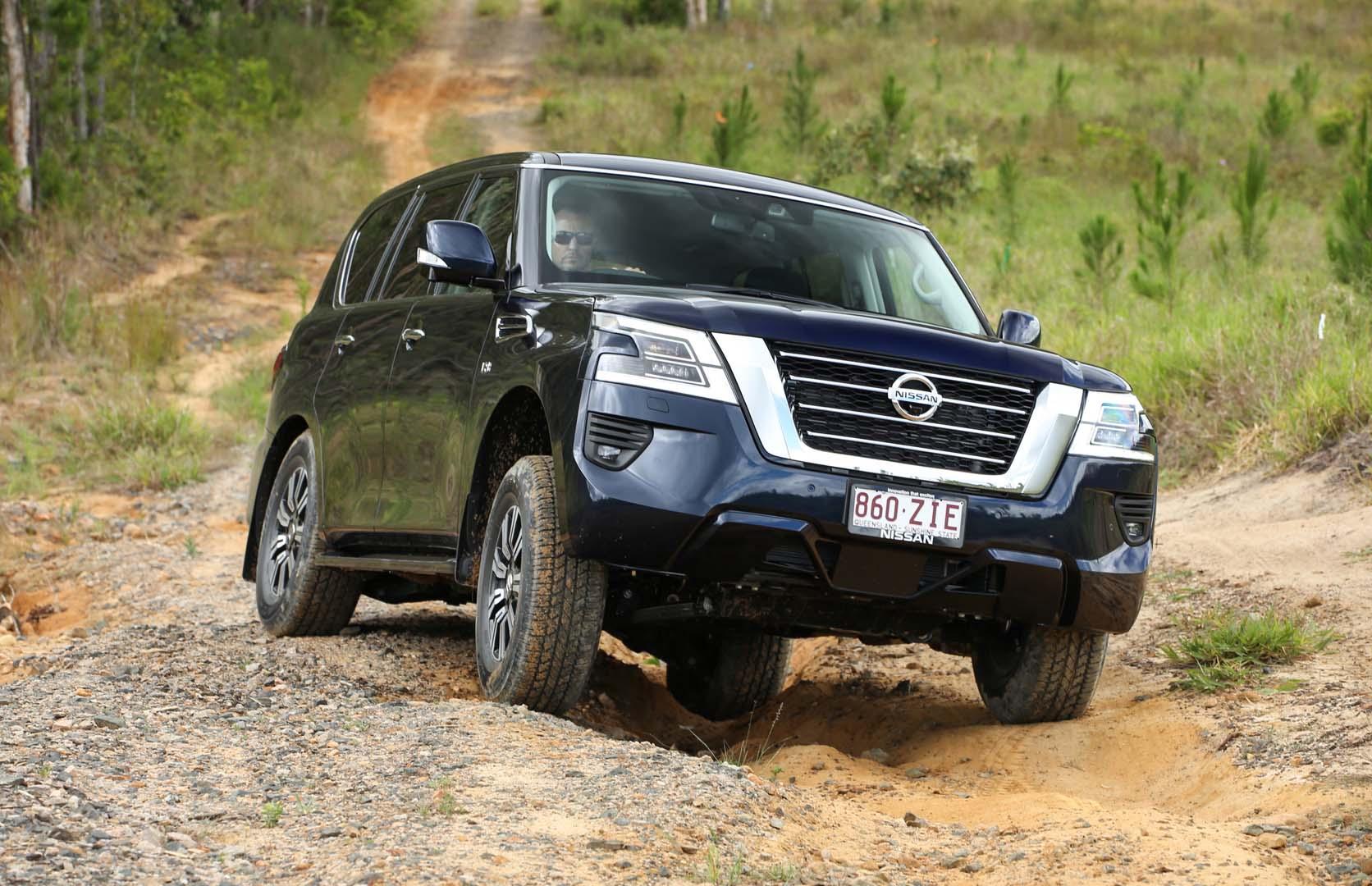 While it has a new look, the Patrol’s powertrain of a 5.6-litre petrol V8 engine, matched to a seven-speed automatic transmission and permanent four-wheel drive is unchanged. Listed outputs of 289kW and 560Nm are the same, while the transmission’s manual mode and Adaptive Shift Control are unchanged, too.

A rear diff lock, hill start assist, hill descent control and an off-road monitor ensure the new Patrol retains its abilities in the rough stuff, while the seven-seat capacity is unchanged, too. 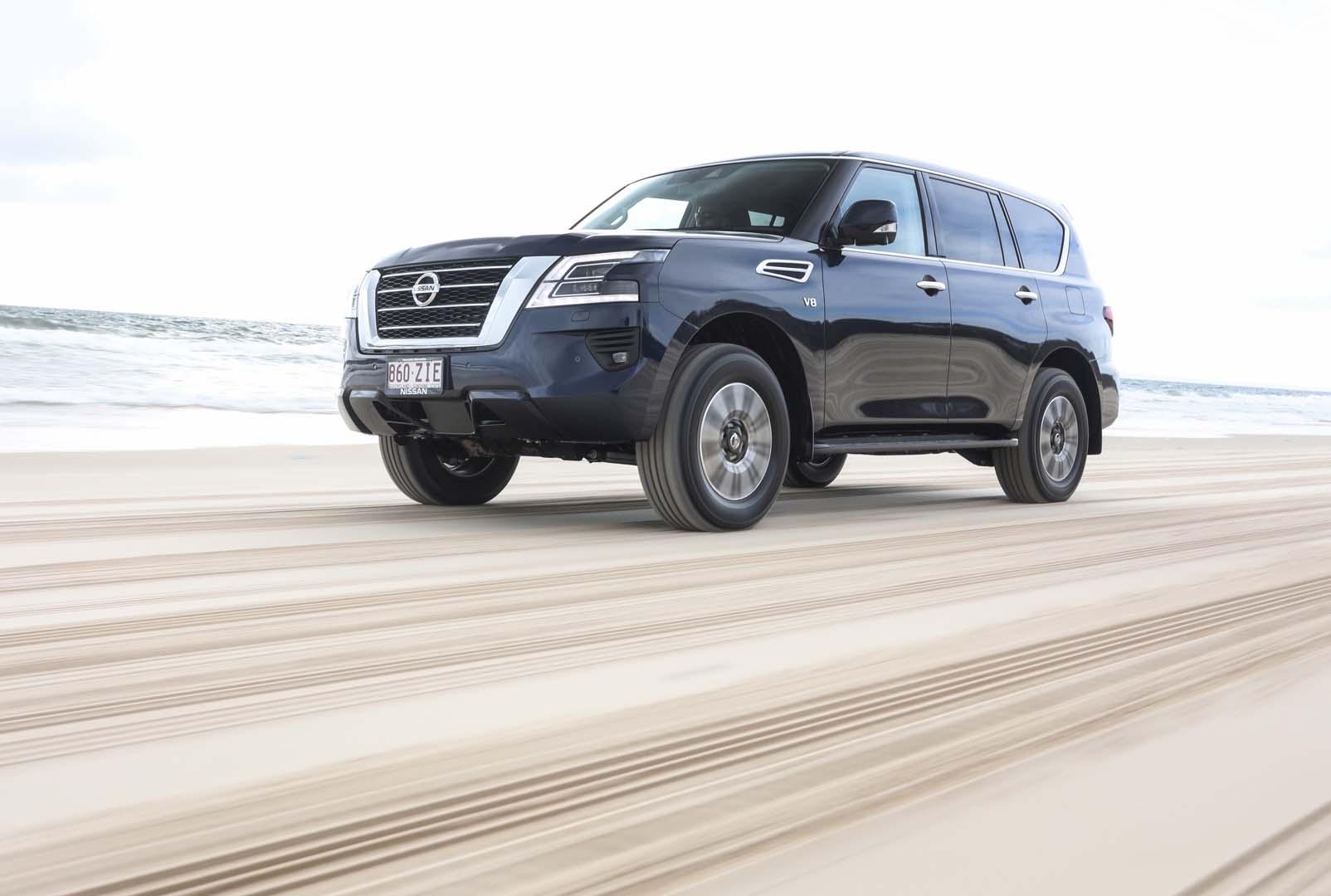 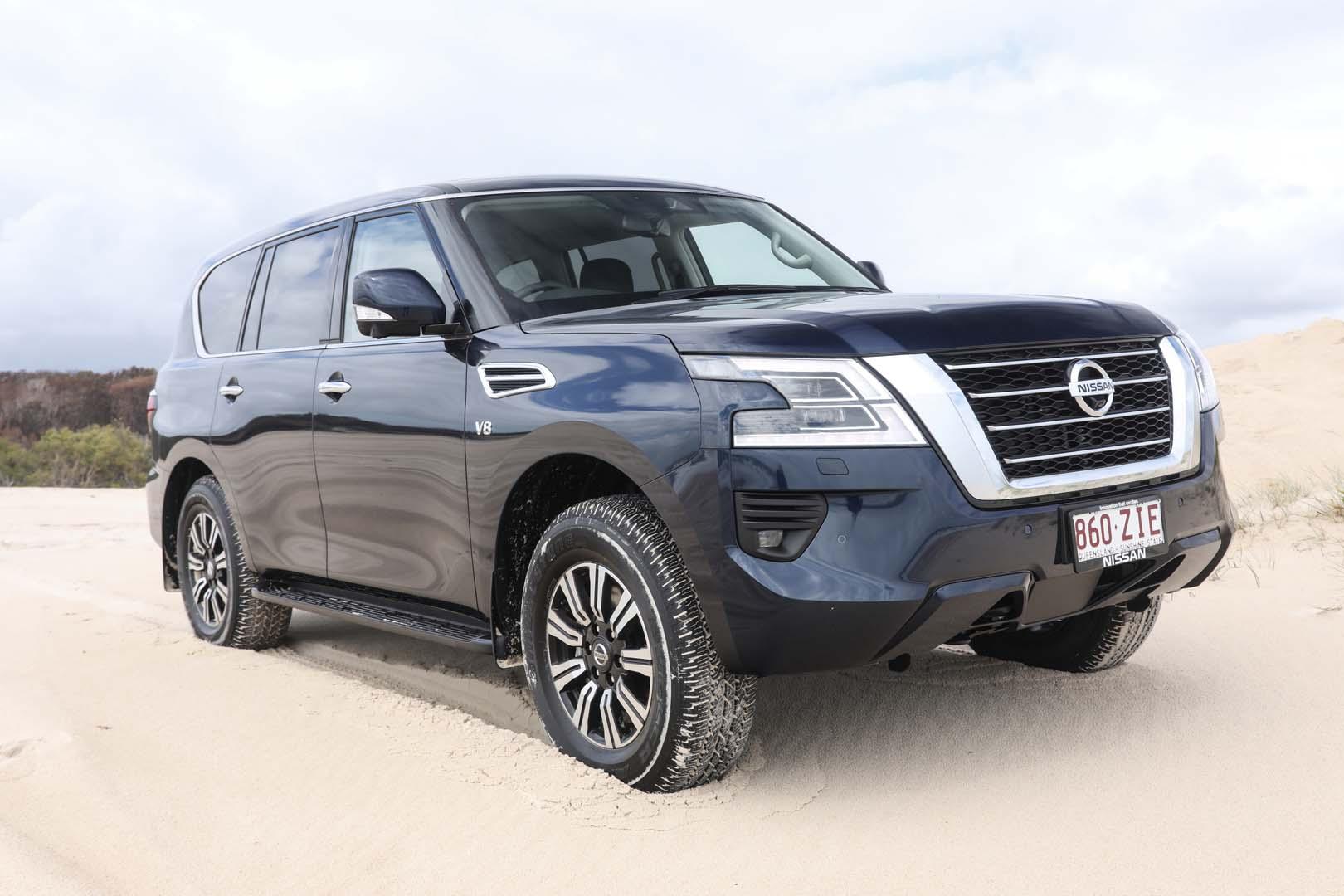 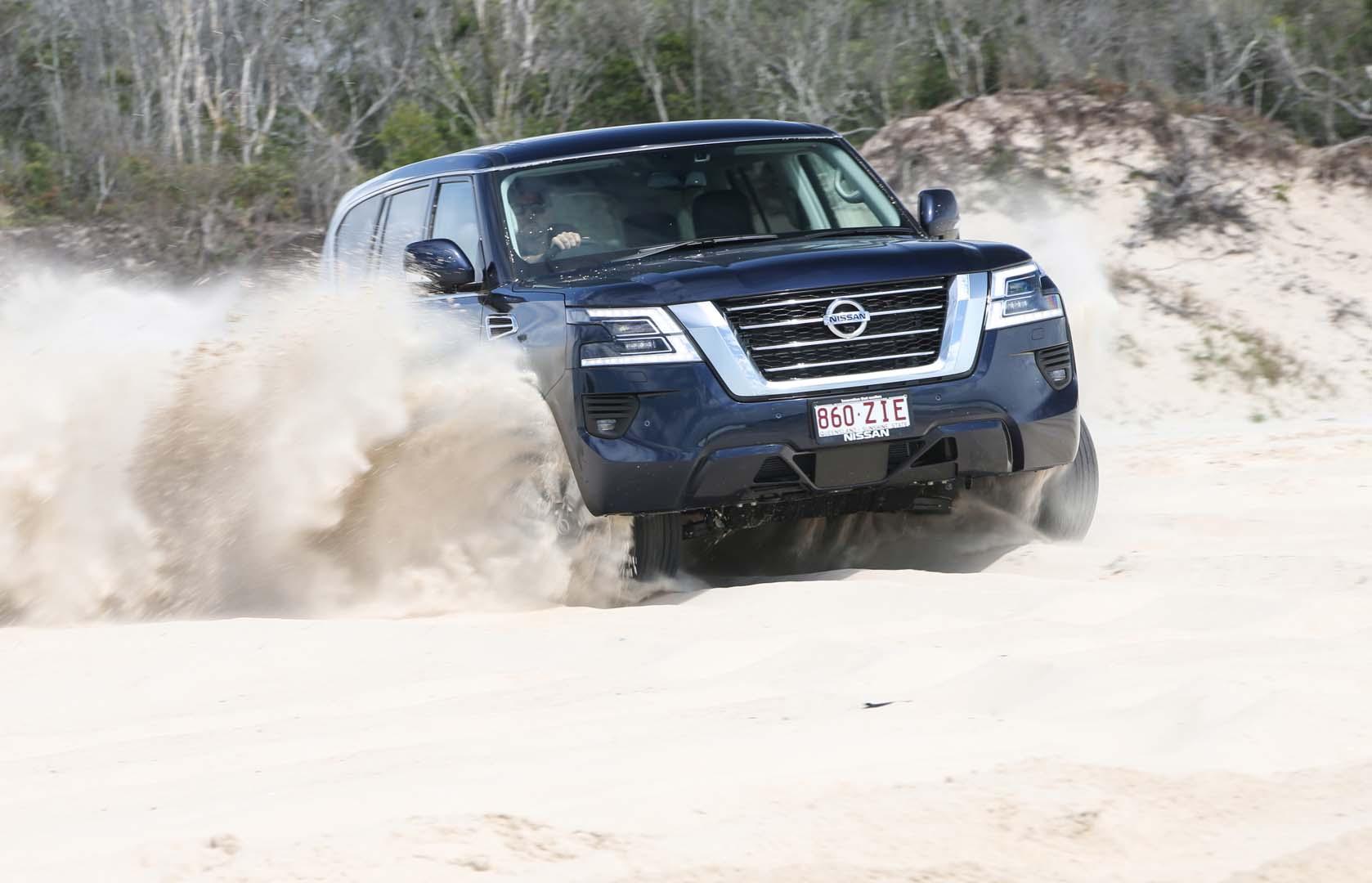 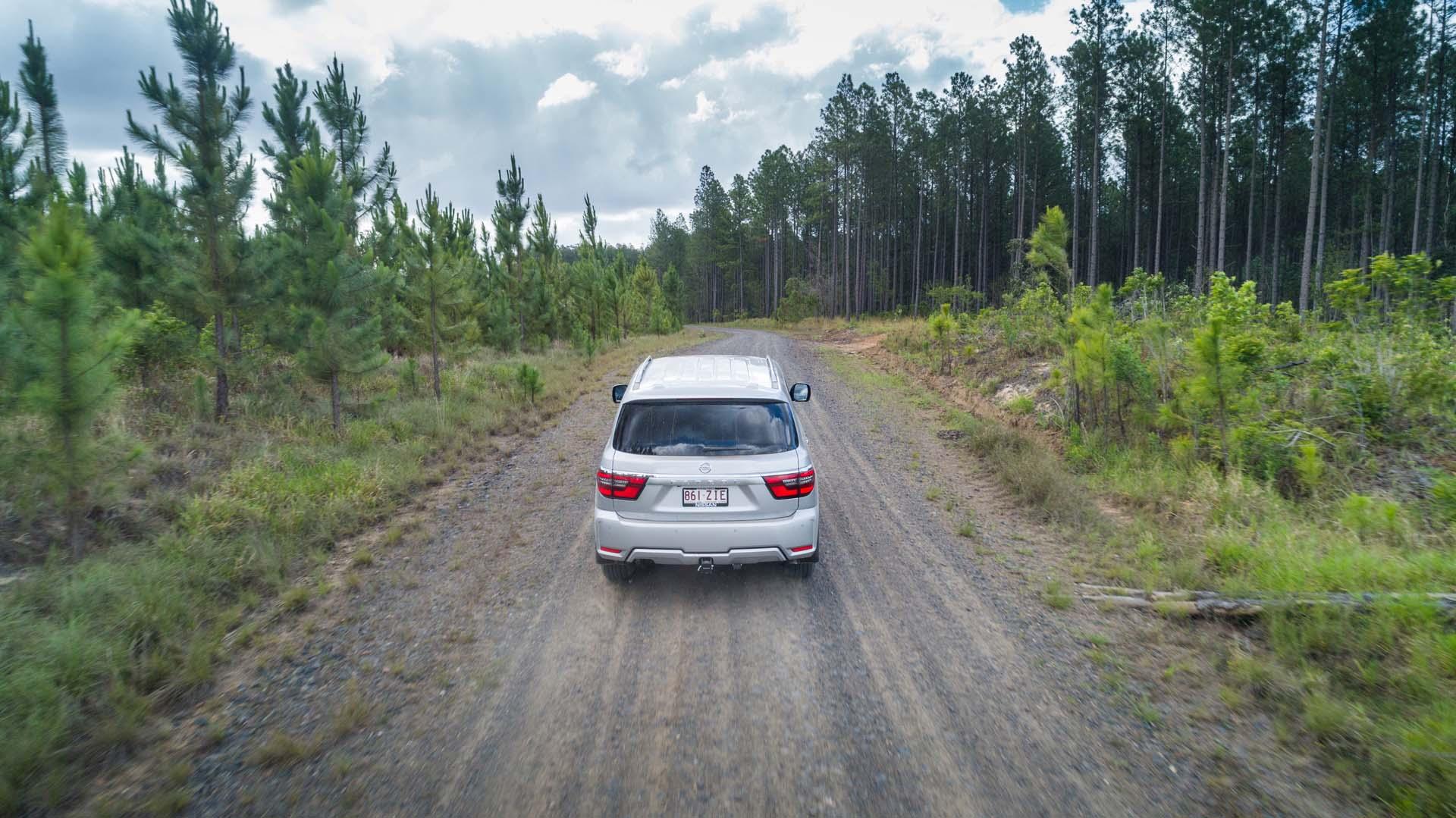 The 2020 Nissan Patrol is available now. See your Nissan dealer for more details. 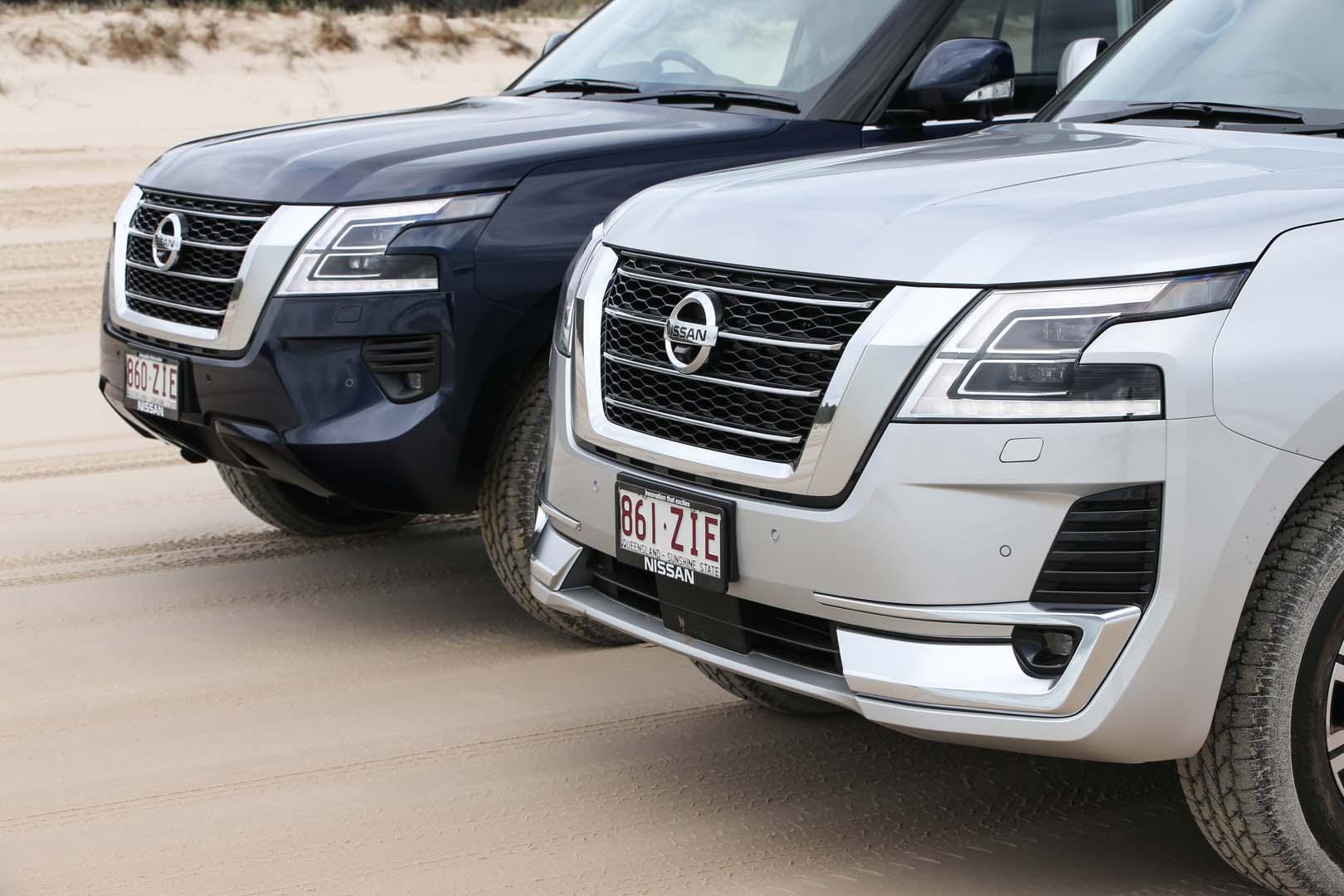 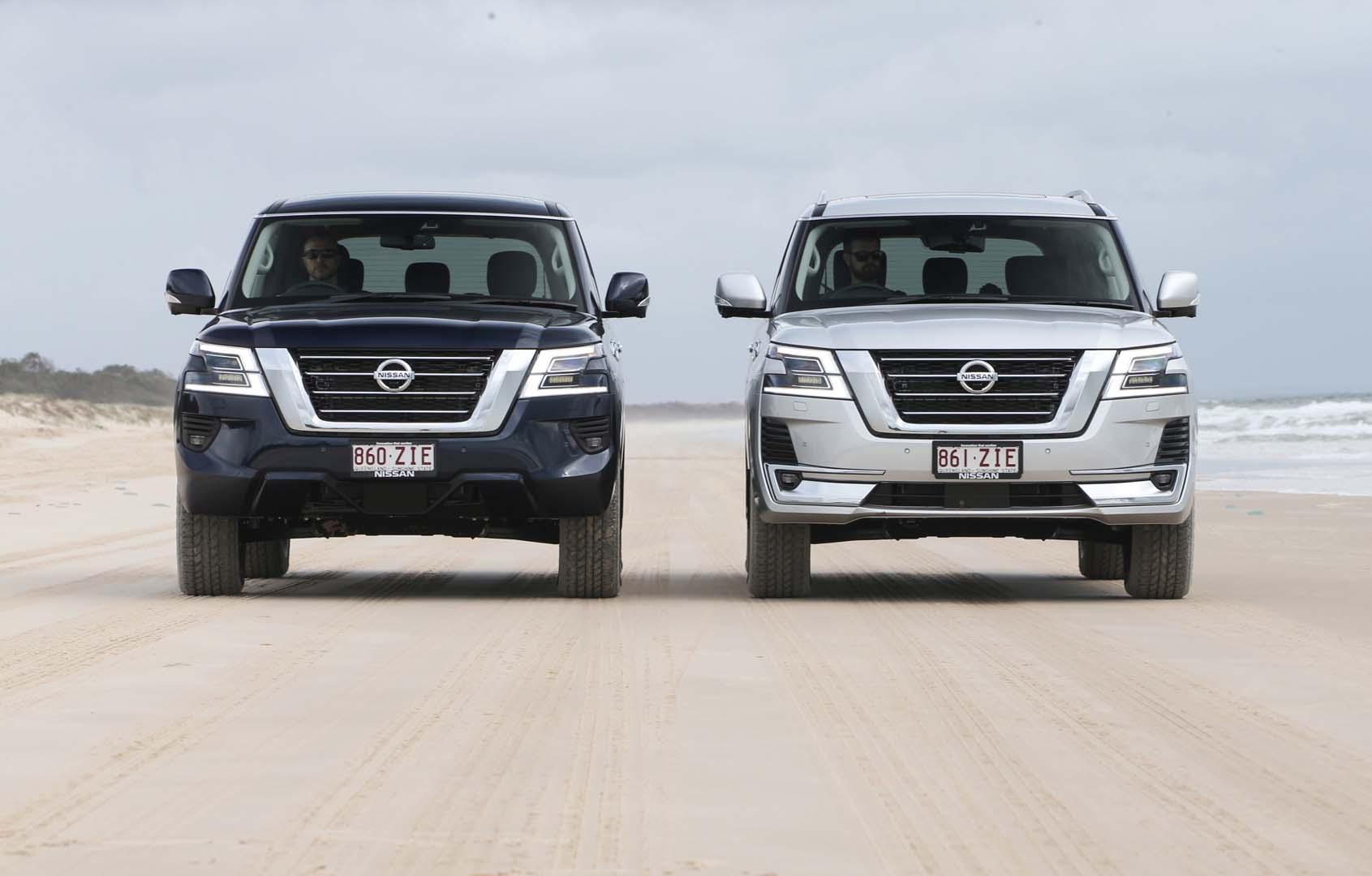 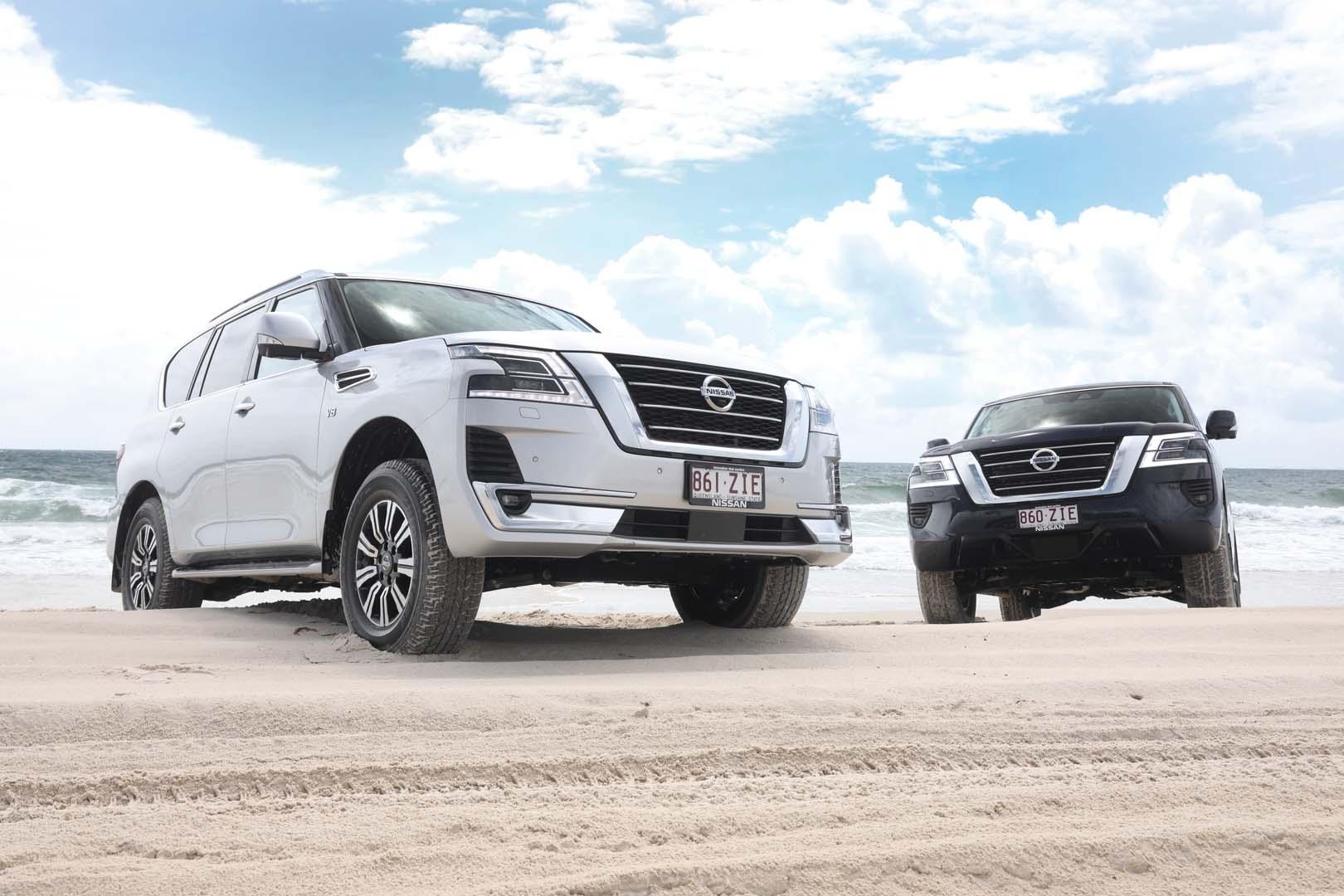