SUVs were one of the nine categories in this year's awards, which were voted on by 77,218 Auto Bild readers.

LARTE describe the five-door Evoque SD4-based custom they presented at Essen as a "cool street racer." Bodywork changes include a new PU RIM body kit, combined with a honeycomb grille and massive air intakes in the front apron to create a sporty character.

External finish in distinctive black and red paint includes a two-tone bonnet treatment with what appears to be the Larte logo placed prominently, along with a blacked out upper grille and roof.

At the back, a rear apron made from PU RIM repeats the front bumper's design, also creating the appropriate backdrop for a redesigned exhaust system where the three pipes are grouped together at a central exit.

Ride height has been dropped, shifting the Evoque's centre of gravity 30 millimetres closer to the road, which LARTE say improves both appearance and handling. 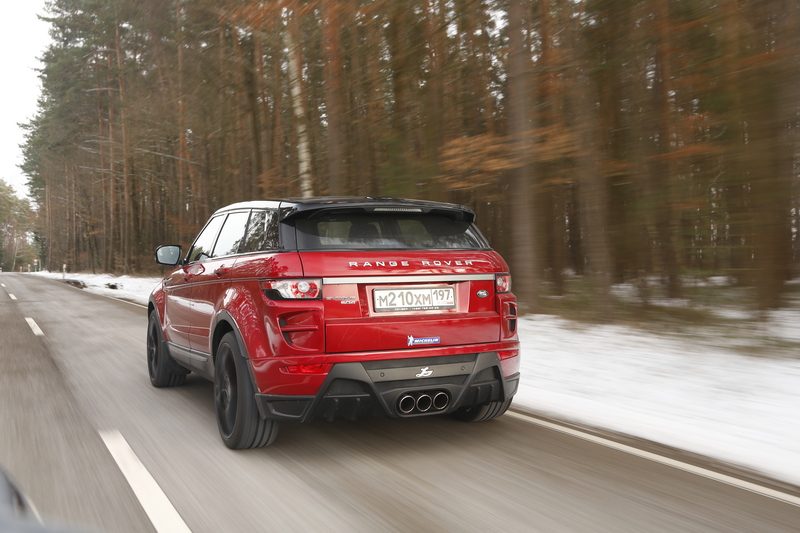