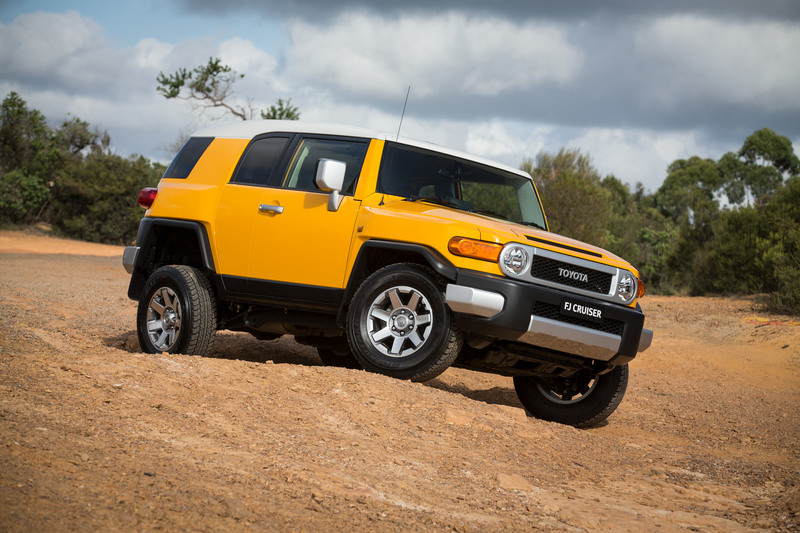 Always a niche vehicle within Toyota's lineup, the FJ Cruiser nonetheless proved popular, especially with hardcore off-roaders thanks to its rugged simplicity and impressive abilities off the beaten track. The last FJ Cruisers will roll off Toyota production lines this August.
FJ Cruiser - The History
After a series of concepts between 1999 and 2003, the FJ Cruiser - by public demand - became a production reality in 2005, but didn't reach the Australian market until 2011. Since its arrival here, the FJ Cruiser has found a home with more than 11,000 Australians, a sales performance that exceeded local expectations.
Toyota Australia's executive director sales and marketing Tony Cramb said the FJ Cruiser built on more than half a century of Toyota off-road tradition.
"The FJ rides into the sunset as a vehicle renowned for its ability to traverse rugged outback trails while offering plenty of utility for all types of activities and being equally well-suited for everyday driving.
"It will leave lasting memories as one of the most iconic vehicles in Toyota's rich SUV history," Cramb said.
FJ Cruiser - Style and Power
Drawing design cues from Toyota's famed FJ40, the FJ Cruiser scaled up these elements to a much larger size. The narrow front grille with two round headlights recalls the FJ40's front end, with other heritage design cues including the bonnet and wheelarch contours, as well as a rear-mounted and exposed full-size spare.
Since launch, a constant throughout the FJ Cruiser's production life has been its powerplant - a 200kW, 380Nm 4.0-litre V6 petrol engine - matched to a five-speed automatic transmission, with part-time 4x4 and an electrically activated rear diff lock.
The FJ Cruiser design wasn't all about style; functionality was a feature, too. Side access doors could open 90 degrees for easy access to and from the rear seats, while a swing-up glass hatch, incorporated into the side-hinged tailgate, could be opened independently.
The off-road performance delivered through the FJ Cruiser's part-time 4WD system was augmented with switchable Active Traction Control technology to maximise off-road climbing ability. The FJ Cruiser also has the best approach and departure angles of any current Toyota 4WD - 36 and 31 degrees, respectively.
FJ Cruiser - the Australian Experience
From launch, the FJ Cruiser benefitted from local testing. Australian-delivered units received unique calibration of the heavy-duty all-coil suspension and power steering, as well as 17-inch alloy wheels and 70-profile tyres.
Australia's course-chip road surfaces also prompted improvements to the FJ Cruiser's Noise, Vibration and Harshness (NVH) levels that were later implemented globally.
Satellite navigation became standard in early 2012, while in March, 2013, fuel capacity was upgraded with the addition of an 87-litre sub-tank, providing total fuel capacity of 159 litres and a notional driving range of almost 1,400km per fill.
Also added to the FJ Cruiser spec in 2013 was a new off-road cruise-control system, CRAWL; a "feet off" system that controlled engine output and brake pressure to maintain low uniform speeds over severe or slippery terrain.
During its time in Australia, the FJ Cruiser has been offered in a total of 13 different colours. The final colour palette for Australian-delivered FJ Cruisers consists of French Vanilla, Sandstorm, Ebony, Hornet Yellow, Red Fury, Retro Blue and Cement.
FJ Cruiser - Final Fling
Priced from $46,990 (+ ORCs - metallic paint is $500 extra), the FJ Cruiser is still available from Toyota dealerships, with the final Australian allocation expected to last through to late 2016. However, to ensure you don't miss out on the chance to get a new FJ Cruiser before they're gone forever, it's recommended you see your Toyota dealer soon. 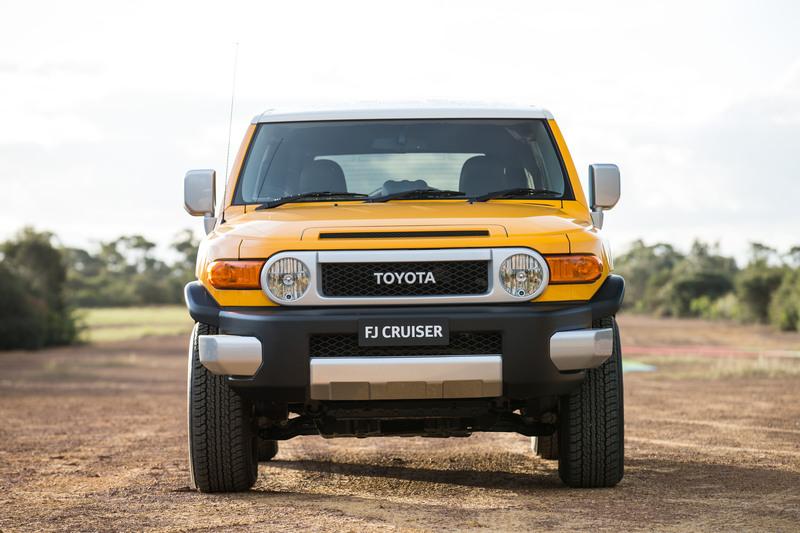 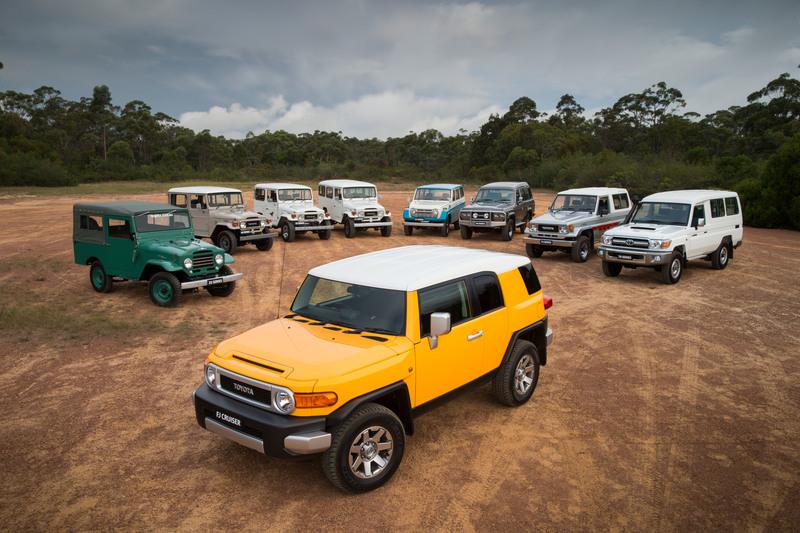 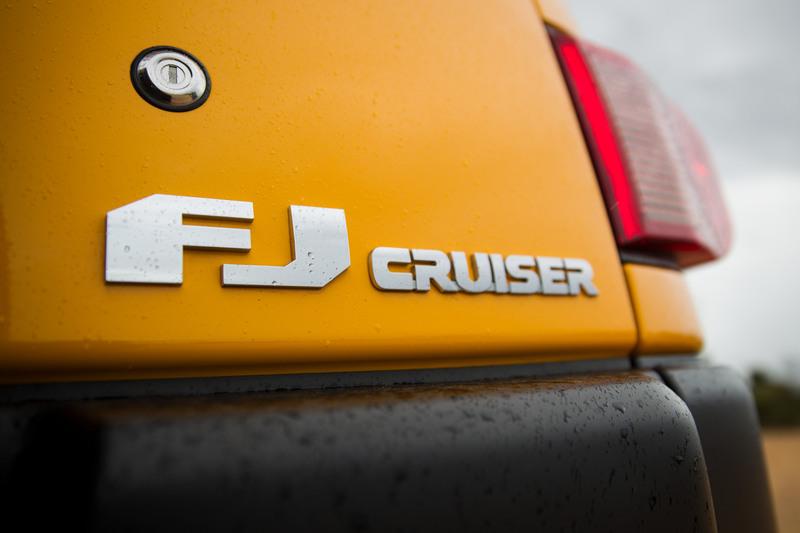 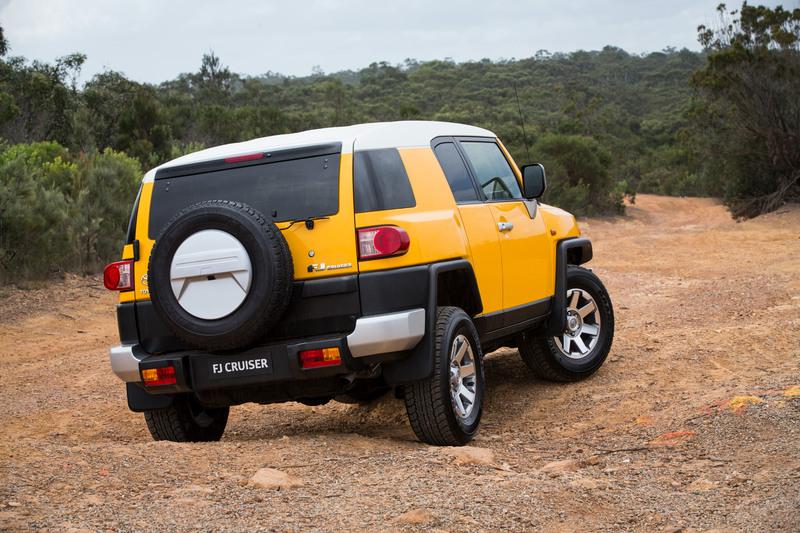