Toyota say the two design studies, dubbed 'RAV4 Adventure' (red vehicle in images) and 'RAV4 Premium' (dark bronze vehicle in images) were created to amplify different aspects of the styling and capabilities of the latest RAV4, which has just been released locally.

RAV4 PREMIUM
The RAV4 Premium design study has been developed to give "extra sophistication". The bodywork and bumpers are finished in Deep Bronze to increase the sense of harmony in the design.

At the front, a central grille displays horizontal lines and air intakes, while the LED lights are underscored by a stylish chrome-finished spoiler. At the rear, the redesigned bumper gains chrome inserts, brushed aluminium skid plates and an integrated tailpipe design.

The 20-inch alloys are matched to the aluminium roof rails to add coherency to the look.

Toyota's Kansei design department, part of its R&D operation in Brussels, was responsible for the luxurious leather upholstery in the cabin.

New black piping and a V-shaped outline reinforce the design of the seats, and the use of two-tone double stitching in several areas expresses both robustness and premium quality. Grey and black leather are also used for the instrument and door panels.

RAV4 ADVENTURE
The design thinking behind the RAV4 Adventure accentuates the car's look to reinforce its off-road capabilities.

A striking dark red paint brings out what Toyota call "the strong, athletic qualities of the fourth-generation RAV4's exterior."

The front and rear bumpers have been redesigned and finished with matt paint. The front bumper is integrated with a new under-run while the rear features fully integrated twin exhaust pipes and a reworked skid plate. Machined roof rails and dark-tinted privacy glass complete the look.

There was no word from Toyota whether elements of either design study would be added to production model RAV4s in the future. 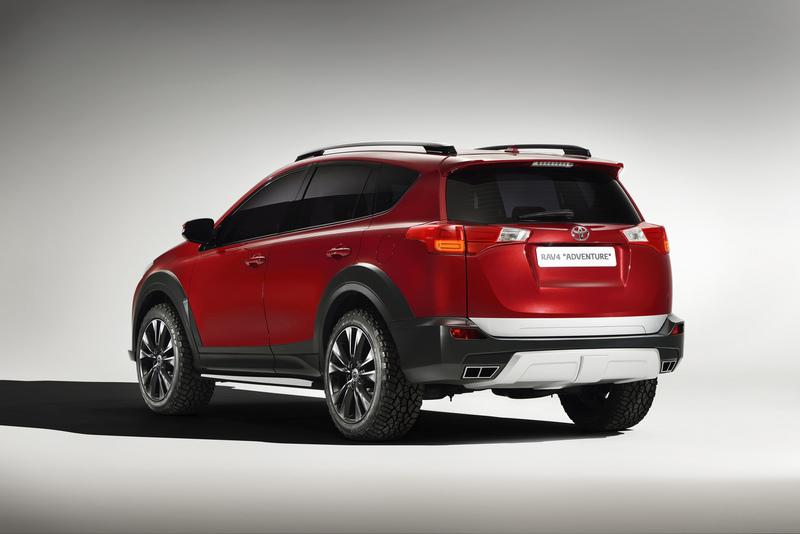 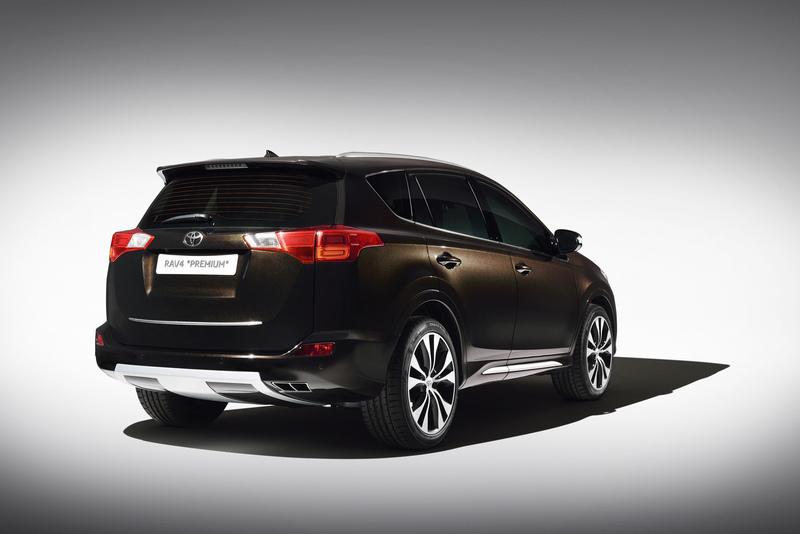 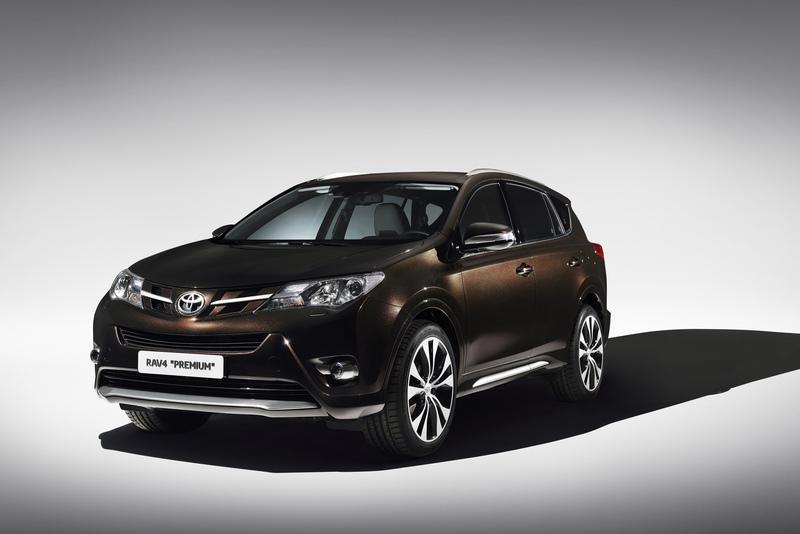