Toyota’s iconic LandCruiser turns 70 this year, and while the recent focus has been on the new 300 Series, the stalwart 70 Series hasn’t been forgotten. As a birthday gift to Australian 70 Series aficionados, Toyota have released a special edition ‘70th Anniversary’ 70 Series. 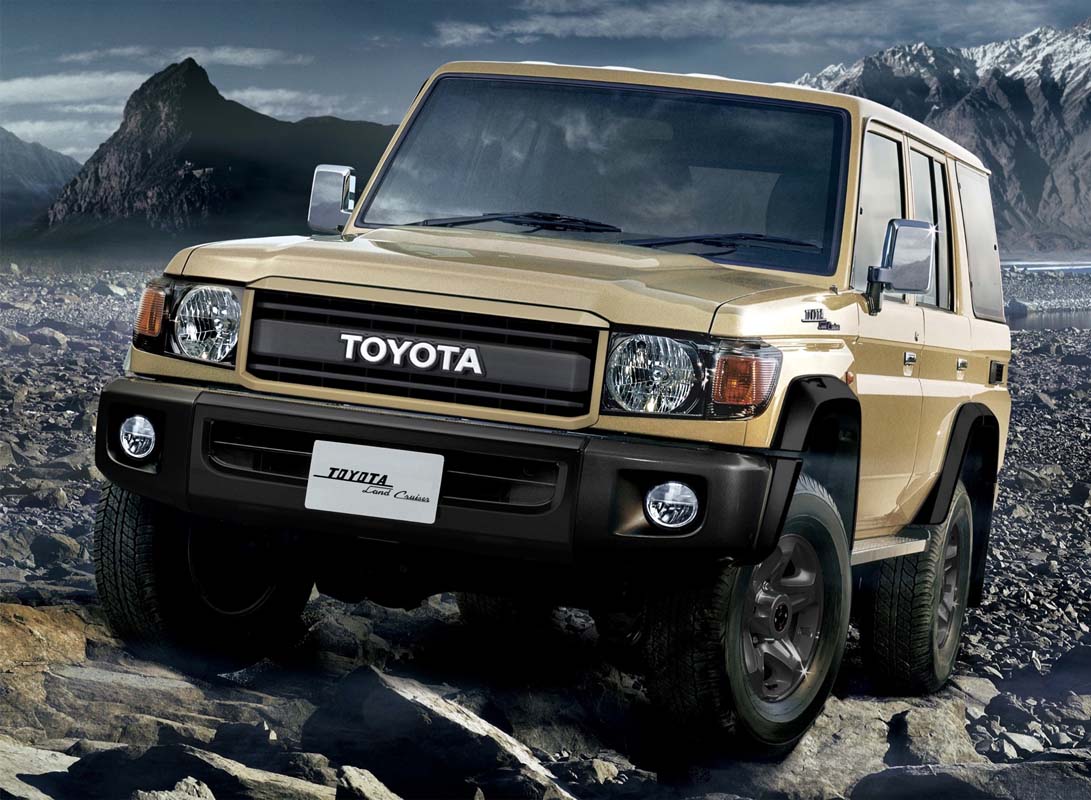 More than 1 million LandCruisers have been sold worldwide, with Australia accounting for 1.14 million of that total. And while upgrades and modernisations of the 70 Series have been few and far between since it was introduced in 1985, it remains a popular model in the Australian market, especially in rural and remote areas.
"The LandCruiser nameplate has earned legendary status in Australia, with a decades-long track record of durability and reliability in the toughest conditions our country has to offer," said Toyota Australia Vice President of Sales, Marketing and Franchise Operations Sean Hanley.
"The 70th Anniversary special-edition is a tribute to the many LandCruisers that came before it, helping Australians navigate our harsh and rugged environment, whether that's through the desert, across the mountains or deep in the forest.

Production of the 70th Anniversary LandCruiser will be limited to 600 units, with a breakdown of 320 79 Series dual cabs, 200 79 Series single cabs and 80 76 Series wagons – all based on the upper-level GXL grade.

The special edition will be offered in three colours - French Vanilla, Merlot Red and Sandy Taupe – with other features including black bumpers and wheelarch flares, a black heritage grille with large ‘TOYOTA’ lettering and a dark tint finish for the 16-inch alloy wheels and headlamp bezels.

All units add special Heritage-style LandCruiser badging, along with a ‘70th Anniversary’ badge, on the front guards, while the foglamps and DRLs are upgraded to LED.

Inside, the 70th Anniversary editions get a slightly luxurious touch, with black cloth seats accented with leather, black leather trim for the shifter boots and steering wheel, with the latter appearing to be upgraded to a HiLux wheel, minus the audio and phone controls, but with a faux woodgrain upper section. That woodgrain finish also features on the dash, which adds a 70th Anniversary decal on the passenger side.

Silver accents have been added to the air vents and the switch trims on the doors are finished in black.

A new centre console, also in black, is standard and comes with two cupholders and two extra Type A USB charge ports, as well as a heritage LandCruiser plaque.

There’s no change mechanically to the special editions, with each unit powered by the available 70 Series 4.5-litre turbo diesel V8, matched to a five-sped manual transmission and four-wheel drive with low range and diff locks front and rear.

Maximum braked towing capacity of 2500kg is unchanged, as is the 130-litre fuel capacity and other 70 Series measures.

See your Toyota dealer for details.