Toyota Australia's executive director sales and marketing Tony Cramb said the new safety and convenience technologies for RAV4 Cruiser were being introduced at the earliest opportunity.
Toyota Australia have released details on the 2014-spec RAV4, with the popular compact SUV gaining Australian-first safety features, upgraded audio systems, and 18-inch wheels for the range-topping Cruiser version, amongst others.

Toyota Australia's executive director sales and marketing Tony Cramb said the new safety and convenience technologies for RAV4 Cruiser were being introduced at the earliest opportunity.

"Toyota's commitment to safety and to our customers drove us to bring these latest features to the market now, rather than waiting for a more typical upgrade timing."

New Safety Features
The latest RAV4 becomes the first Toyota vehicle in Australia to be fitted with Reverse Cross Traffic Alert^ for added safety and driver convenience when backing out of a car space. It's also the first Toyota sold here to adopt Lane Departure Alert^, which is designed to alert the driver if the vehicle is about to deviate from a traffic lane. Both these technologies are standard in the top-of-the-range 'Cruiser' RAV4, effective for vehicles produced since November 2013.

The addition of a reversing camera^ to GX variants means that the entire RAV4 range is now fitted with this safety feature as standard.

Reverse Cross Traffic Alert (RCTA)^
RCTA is designed to provide added safety and driver convenience when backing out of a car space, warning the driver of approaching vehicles that may not be visible in either the rear-view camera or door mirrors. A further refinement of Toyota's Blind Spot Monitor technology, RCTA uses the same radar sensors in the exterior mirrors.

When approaching vehicles are detected, the system flashes the indicator lights on the door mirrors and also sounds a warning buzzer. It operates when the reversing vehicle is travelling at less than 8km/h and vehicles are approaching from the left or right at between 8 and 28km/h.

Lane Departure Alert (LDA)^
LDA is designed to alert the driver when the vehicle is about to deviate from a traffic lane. A windscreen-mounted camera can recognise certain types of road markings, like white/yellow lines. It sounds a warning beep and provides a visual alert via the Multi-Information Display screen if the vehicle is veering out of its lane.

Automatic High Beam (AHB)^
Fitted to the range-topping Cruiser variant, AHB uses the same windscreen-mounted camera to detect the lack of light from surrounding street lamps or from other vehicles at night. If the system deems driving on high beam is necessary, it will automatically switch the headlamps to high beam. The system also detects when there are street lights or on-coming/preceding vehicles and will switch back to low beam to prevent dazzling other road users.

Interior Updates
All models in the 2014 RAV4 range have been specified with multimedia audio units operated through a 6.1-inch full-colour display screen and switches on the steering-wheel hub.

As well as AHB, the Cruiser is also fitted with 'Back Guide Monitor' that processes steering input to predict the path of a reversing vehicle, displaying this information through guidelines on the rear-camera image.

The AWD Cruiser petrol and diesel are now shod with 18-inch wheels for the first time - machined alloys with black highlights along with wider and lower-profile 235/55 Dunlop tyres (previously 17-inch alloys with 225/65 tyres).

These extra features are part of a price increase of $1,800* over previous RAV4 Cruiser variants, while other versions rise in price by $200* for 2014.

RAV4 is covered by the capped-price Toyota Service Advantage at a maximum of $170 per service**.

^ Reverse Cross Traffic Alert, Lane Departure Alert, Automatic High Beam and reversing camera are driver assist devices only and should not be used as substitutes for safe driving practices. The area into which the vehicle is driven must be visually monitored by the driver.

* Manufacturer's list prices are provided for media purposes only and do not include statutory charges or other on-road costs.

** Maximum payable for standard scheduled servicing (normal operating conditions) until first of 3 years or 60,000km (up to the first 6 services). Excludes government and rental vehicles. For full details of eligibility and exclusions, go to toyota.com.au/advantage. 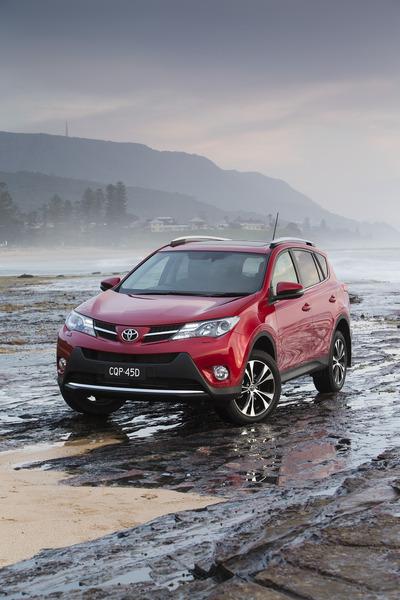 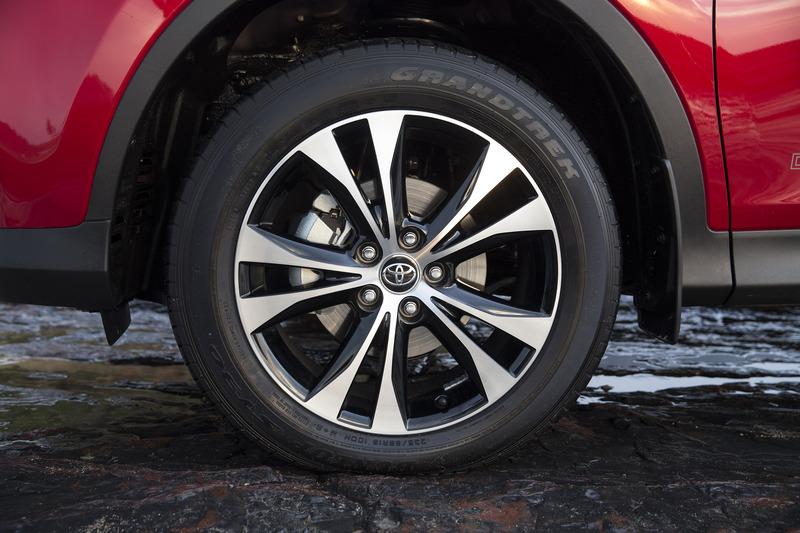 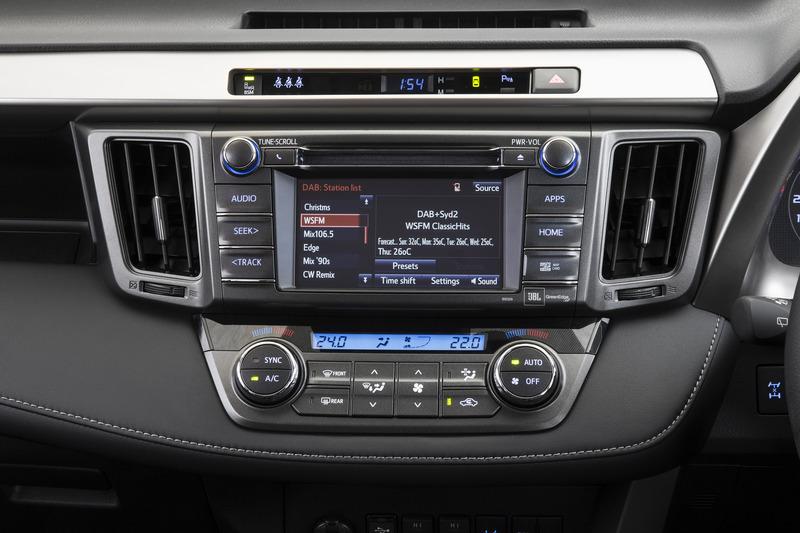 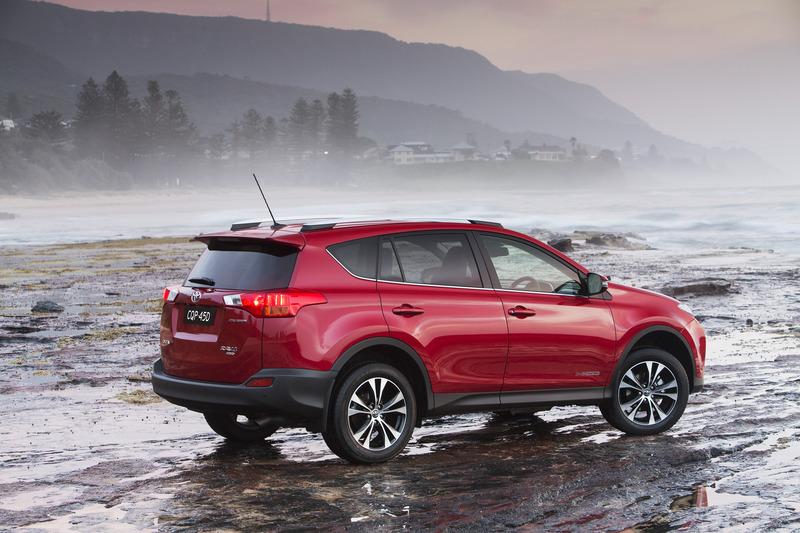 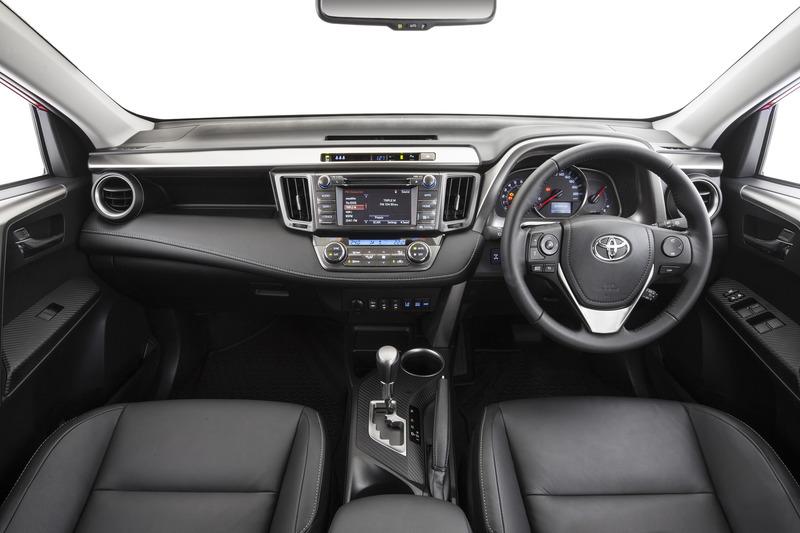 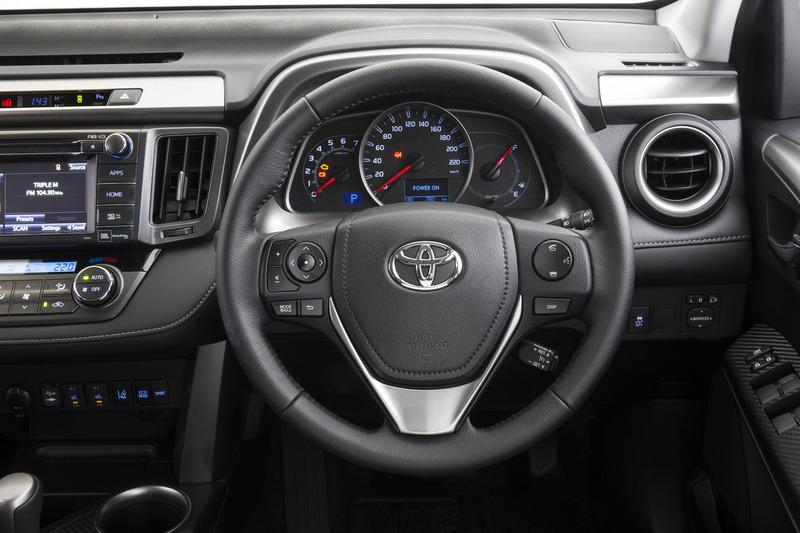