Europe-only model features bespoke suspension tune and GR branding inside and out.

As Toyota’s Gazoo Racing (GR) performance brand continues to grow, the HiLux has been the latest model to receive the GR treatment in the form of a ‘GR Sport’ variant.

Following in the path of the GR Supra and GR 86 sports cars, GR Yaris and GR Sport LandCruiser 300, the GR Sport HiLux brings a performance edge to the popular ute and is said to be inspired by the success that Toyota Gazoo Racing HiLuxes have enjoyed on the Dakar Rally.

Previously released in Japan and Thailand, the HiLux GR Sport will go on sale in Europe this year and will be the premium variant for that market - Toyota calls it the pinnacle of the HiLux range. 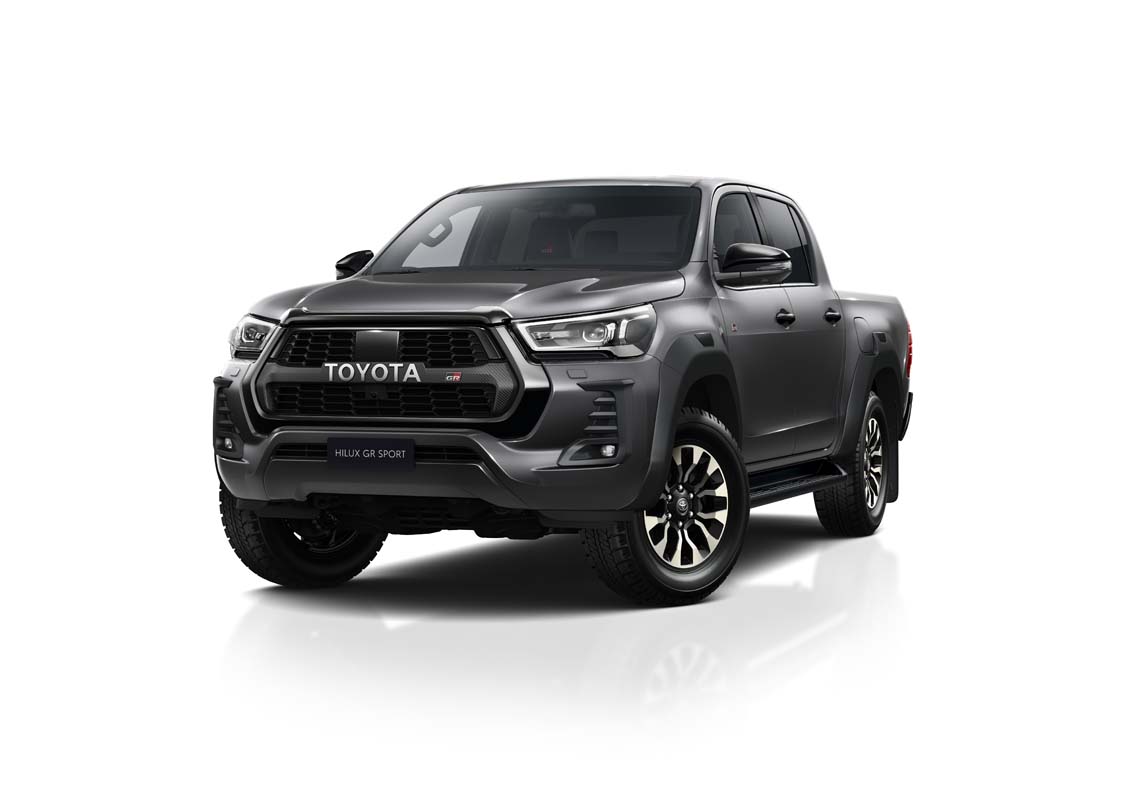 The new shocks feature a larger piston area to give better damping performance, with faster response and better heat dissipation, while the springs have been stiffened. Both the shocks and front springs are finished in red to “make a stand-out statement of the Hilux GR SPORT’s special character”.

These changes follow retuning of the rear leaf springs and new bushes for the European-market HiLux. 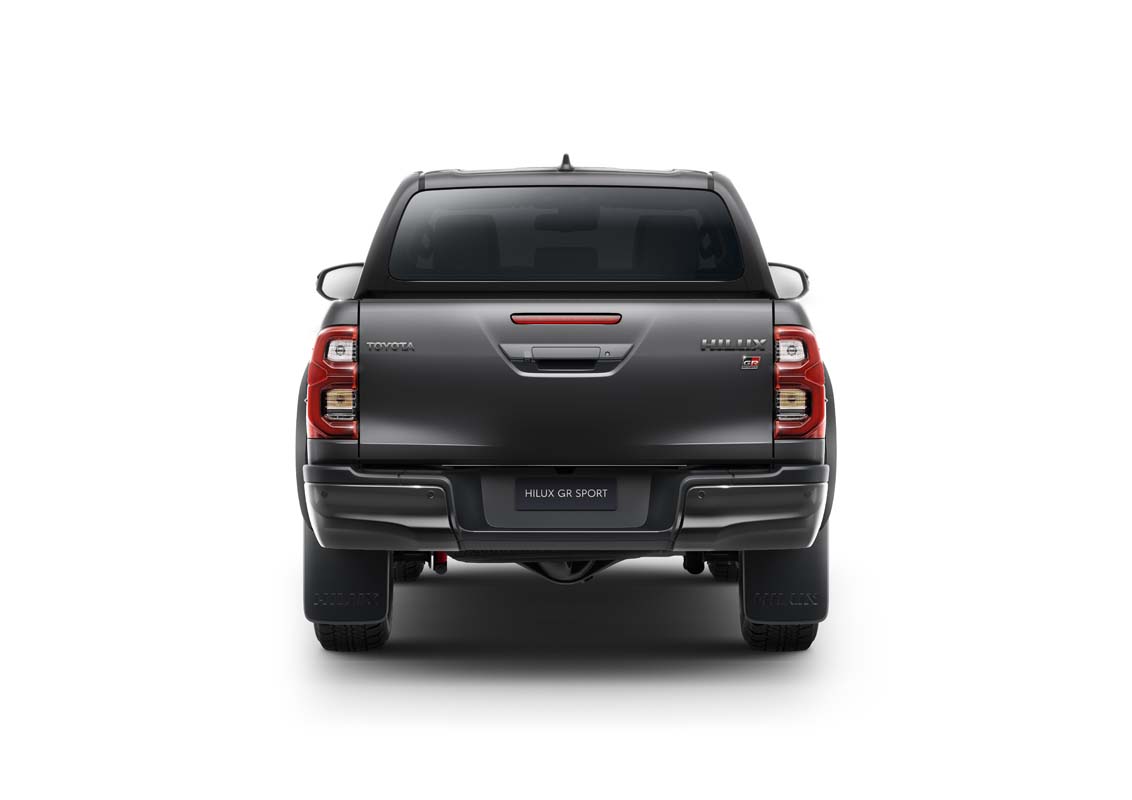 As with other GR models, the HiLux GR Sport’s suspension tune is biased toward on-road use, which makes sense for a model aimed at European markets, but Toyota says the new set-up also delivers fast response to high-frequency vibrations and increased damping capability to control body movement and eliminate shock, so it may have some application off-road as well. 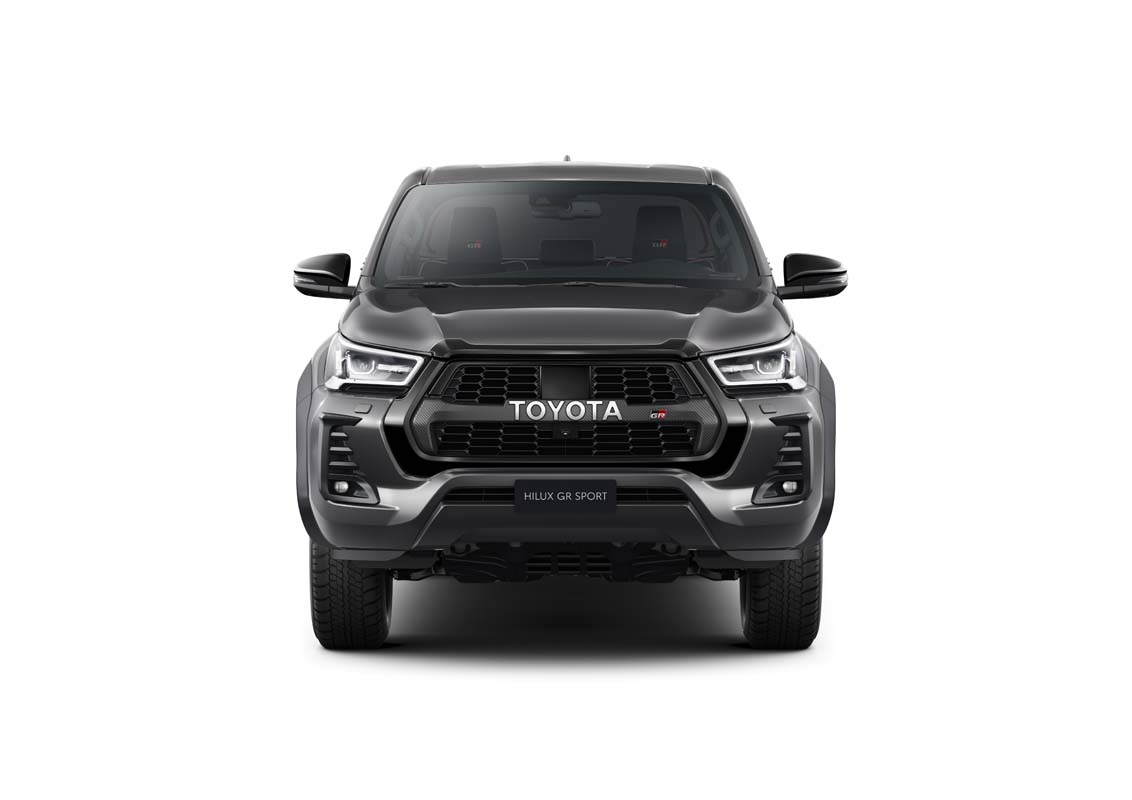 Externally, the GR Sport is defined against other HiLux variants by its black front grille with a dedicated “G-pattern” mesh insert and retro-style ‘TOYOTA’ grille badge, rather than the ellipses logo.

A new and larger design for the foglight surrounds also feature, along with blackout treatment for the mirror caps, side steps, wheelarch flares and door handles.

Seventeen-inch alloy wheels have a contrast black and machined finish and are fitted with all-terrain tyres, while discreet ‘GR SPORT’ badging features on the front, sides and rear. 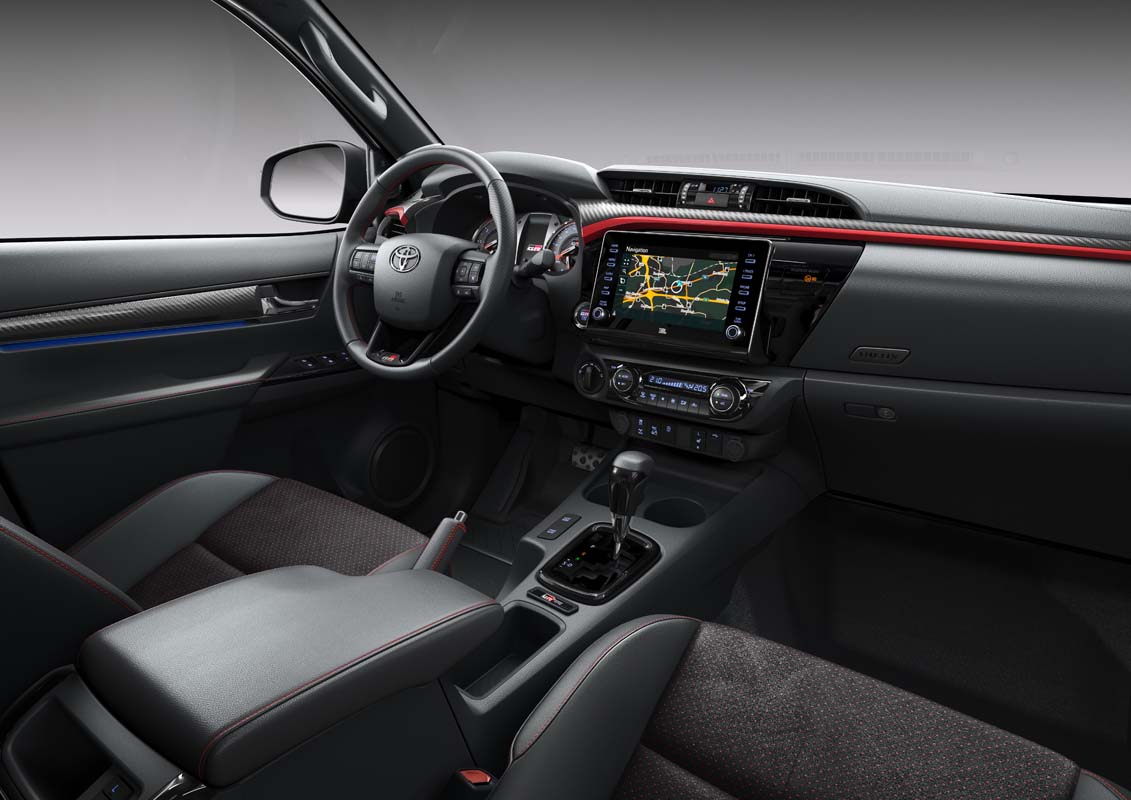 Inside, the HiLux GR Sport features sports front seats in a combination of black leather and synthetic suede with red perforations and contrast stitching. ‘GR SPORT’ branding is added to the seatbacks, carpet mats, starter button and an animation graphic for the centre console infotainment screen. 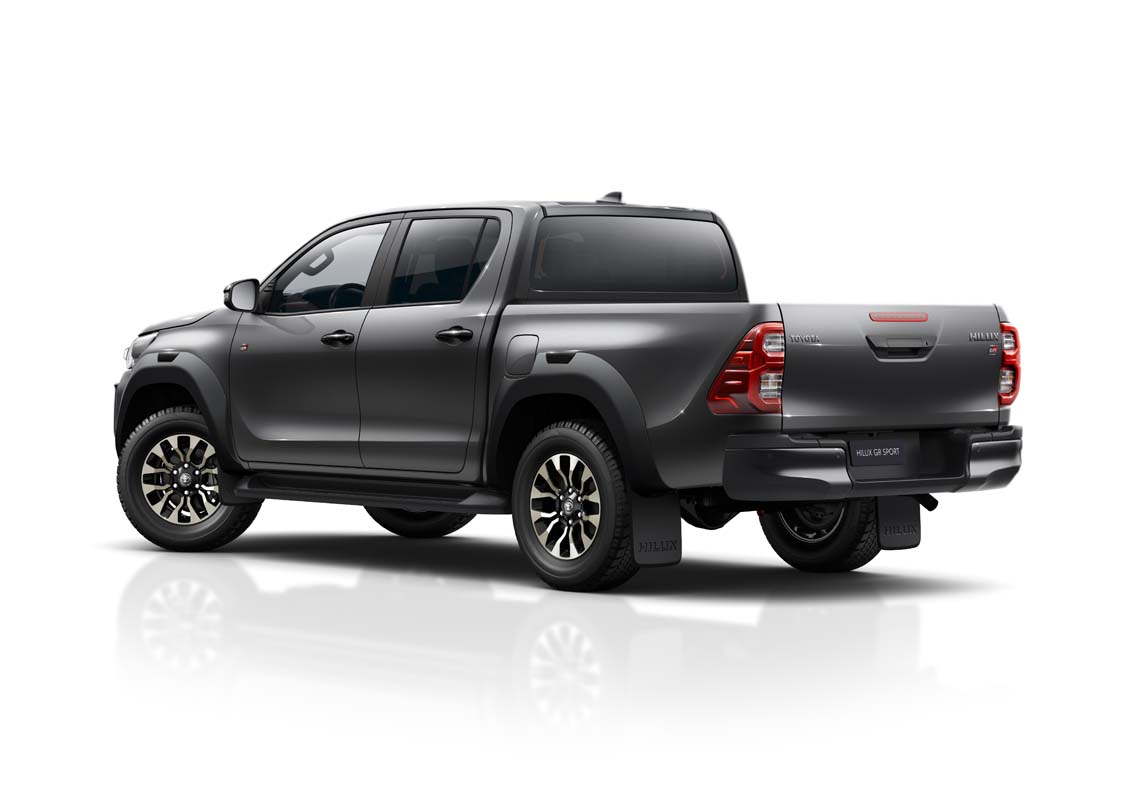 Power comes from the 2.8-litre turbodiesel four-cylinder engine that was introduced to Europe in 2020 and reached Australia last year. Producing 150kW and 500Nm, this engine is matched exclusively to a six-speed automatic transmission in the GR Sport.

Payload is listed at one tonne and braked towing capacity at 3.5 tonnes. 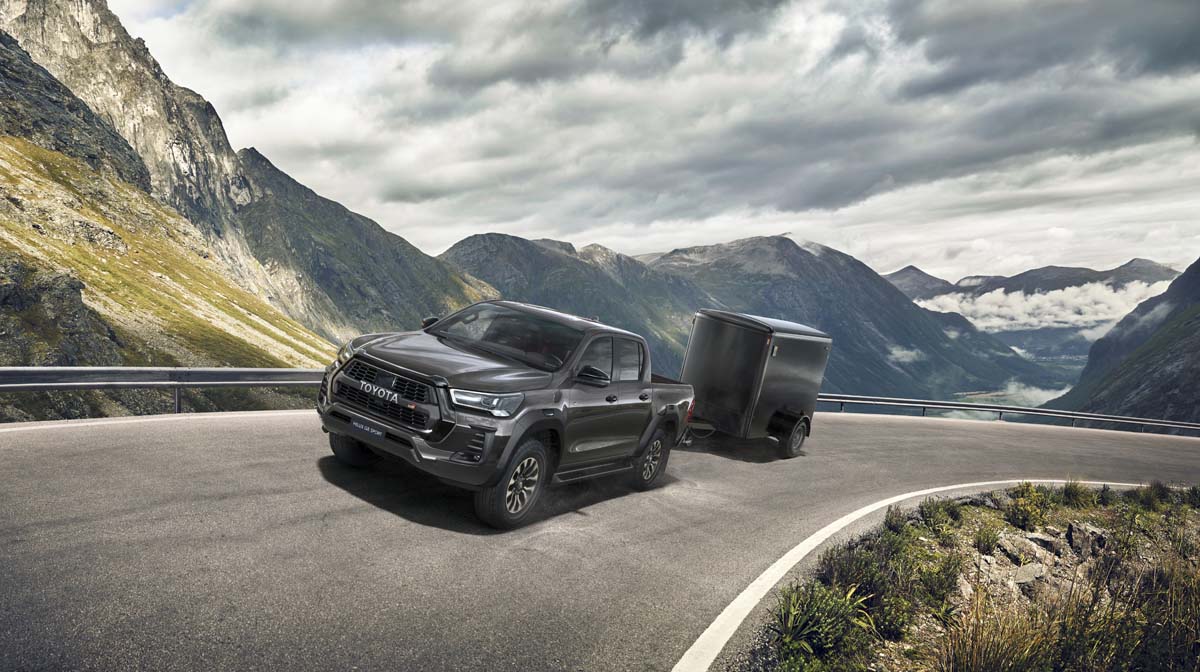 Europe Only – for Now

With the Australian HiLux lineup clogged with high-end models (SR5, Rogue and Rugged X), the likelihood of the GR Sport being offered locally seems slim at the moment, but the Toyota press release does infer this variant will be available worldwide, so it may find its way into the Australian-market range in the future.