"The Toyos during last year's victories at Finke and Goondiwindi performed flawlessly. And I can't wait to attack the dirt again this year." Said Gallard, "They had awesome grip over the wide variety of terrain and still have the sharp edges on them at the finish line, even after tackling the torturous terrain."

Gallard debuted the race spec Toyo 37x13.5R17 Open Country M/T-R's in Australia at Finke in 2012. These competition tyres are an almost identical pattern to Toyo's off-the-shelf Open Country M/T (mud-terrain). It is also the same rubber used by Robbie Gordon and BJ Baldwin on their Trophy Trucks in the US.

Toyo Tires bring over 40 years of experience to the table and are a brand recognized for innovation, quality, performance and excellent service in Australia.

'We understand the importance team's place on tyre performance. And it's no different to the attention we place on the performance and technology in our everyday tyres, both on and off the road.' said José Angeles, Toyo's Marketing & PR Manager

The striking Toyo "Attack the Dirt" vehicle wrap was produced by Mildura-based signwriter, LeGassik Signs, with the blue and white scheme set to create a stunning contrast to the red desert sands of central Australia.

The Geiser Bros. Trophy Truck has had its off season strip down, with the team now focused on chasing their second "King of the Desert" title at the Tatts Finke Desert Race in June.

"We went testing last weekend and the King Shocks are dialed in even better and we're looking forward to hitting the whoops even harder this year" said Gallard. 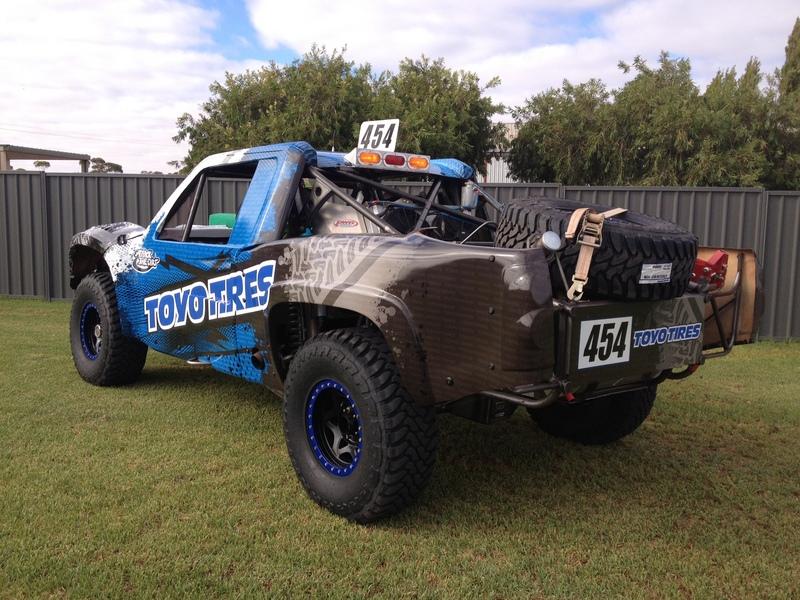