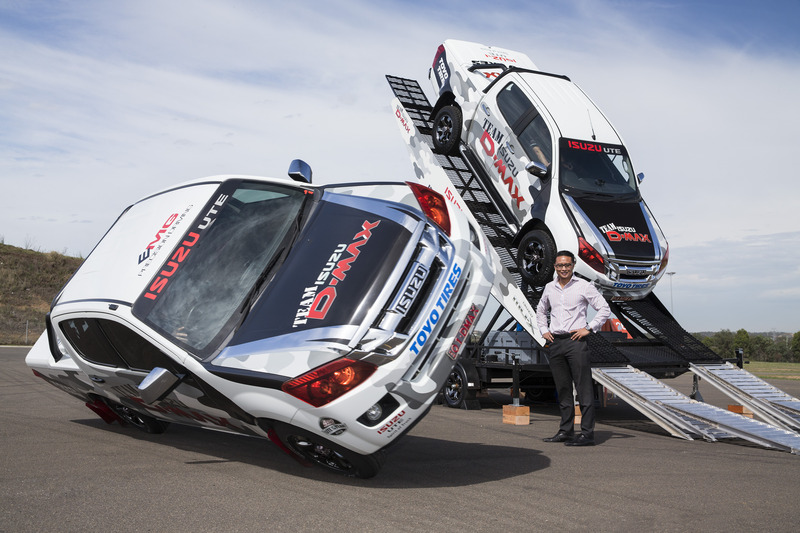 The new 'Iron Summit' is believed to be the steepest 4WD vehicle ramp in the world, angling to a maximum of 45 degrees both up and down. Visitors to the festival will be able to ride in a Team D-MAX Isuzu MU-X as it climbs up the ramp, tilts over and rolls down.

"When you are pointed down at 45 degrees it feels like you are falling off a cliff and you really need to have faith that the tyres are going to hang on!"

Further testing the Toyo tyres is Team D-MAX's most famous stunt - travelling for extended distances on only two wheels.

"When I'm driving on two wheels the only part of the tyre actually in contact with the ground is the sidewall. But the Toyos have a very strong construction and cope easily with the loads we put on them," Mr Monkhouse said.

For over 45 years the team has performed spectacular driving displays throughout Australia at agricultural shows and other events with backing from a number of different motor vehicle manufacturers.

At the beginning of 2013 the team moved to Isuzu D-Max ute to become 'Team D-MAX.'

"We've got great vehicles and very experienced drivers, but at the end of the day the thing we rely on most to keep things safe and under control is our tyres.

"The surfaces we perform on vary greatly, including wet, dry, tarmac, gravel, grass, mud, clay and sand, so good tyre traction in all conditions is essential."

"The Toyo Tires motto is 'driven to perform' and we believe our Open Country tyres will give the drivers the traction, durability and toughness they require."

Team D-MAX and the Iron Summit will perform at Sydney Motorsport Park during the Top Gear Festival, March 8 and 9.

Further details on the Top Gear event can be found at: www.topgearfestivalsydney.com.au. 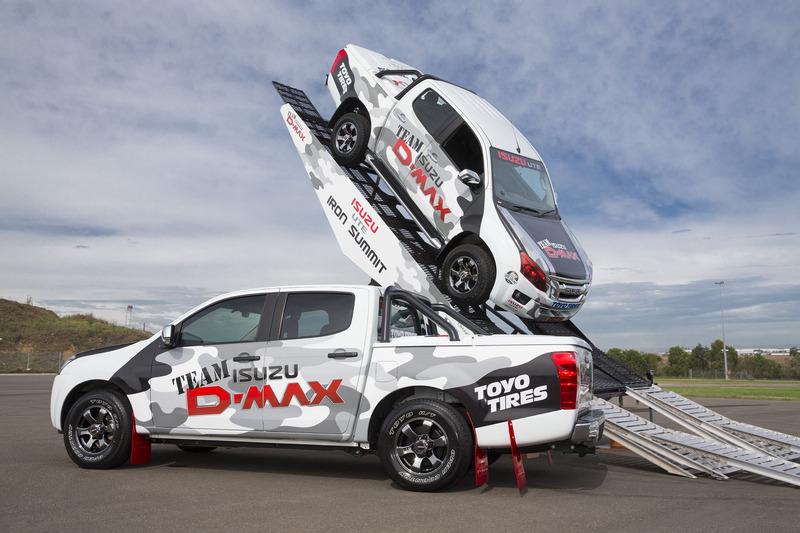 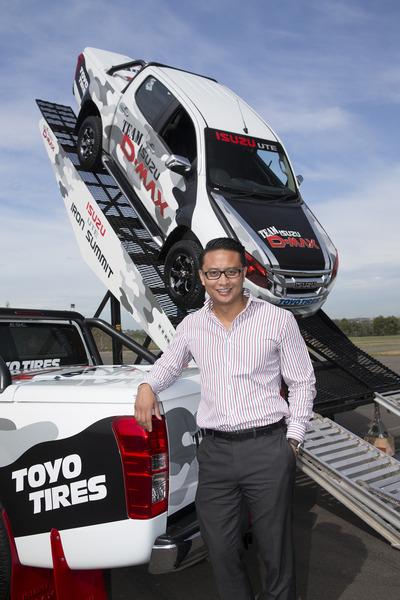