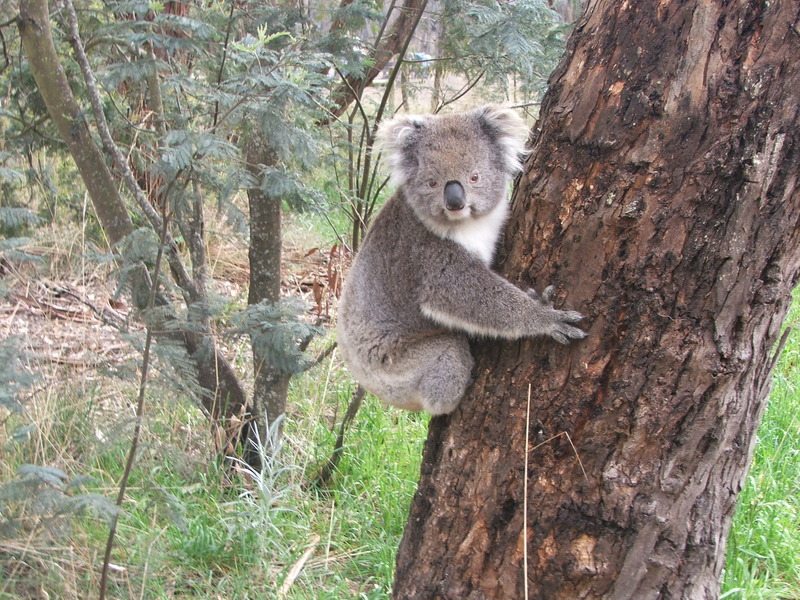 The Brisbane Ranges National Park is about an hour's drive from Melbourne and incorporates a host of outdoor opportunities.

For four-wheel drivers, pickings are slim despite the existence of many interesting 4x4 tracks. Unfortunately, Park management authorities have continually closed good touring tracks or upgraded them to easy status. The result is that the park is mostly 2WD touring or tracks are designated MVO (Management Vehicle Only) - which is a bit of a cop out to deny those who genuinely seek to explore remoter sections of the park by 4WD.

Notwithstanding, there are plenty of interesting attractions, with the area basically encompassing the Steiglitz Historic Park to the south, extending northward through Staughton Vale to south of Bacchus Marsh.

Steiglitz is one of those places that conjures up all sorts of images from the past. Situated an easy drive from Meredith or Geelong, it is often referred to as a ghost town, although the few locals that live there would disagree. While only a few buildings remain, alongside some mullock heaps, it is hard to image that in the 1850s Steiglitz was a thriving gold town. Boasting a population over 1000, it had five hotels and a number of sly grog shops, several butchers and bakers, schools and churches, and even its own undertaker and library. The Steiglitz Guardian was published for a number of years, and like other gold towns had its own share of armed robbery, claim jumping and fatal accidents. A consequence of this was the construction of the imposing brick courthouse in 1857, which today is one of the handful of original buildings still standing.

A quick foot tour soon reveals evidence of mining, bricks indicating where streets used to run - now reclaimed by trees - and other relics of a bygone era. The Steiglitz cemetery is also of interest if you are keen on history. The old township and surrounds is best explored on foot, with a recreation area just out of town, where most facilities are found.

North of Steiglitz, easy standard tracks meander north through Yankee Gully to eventually intersect with the main Geelong-Ballan road that dissects the park.

Tracks such as Furze Track and Back Track, along with a number of unnamed others, provide access to scenic bush areas and great lunch spots.

Best accessed from Staughton Vale Road, there are picnic areas, with fireplace, toilets and water available. From here a walk goes through the Gorge to Stony Creek, or towards Nelsons Lookout for spring wildflowers and extensive views.

The Brisbane Ranges National Park is some 7718 hectares in size and is a haven for wildlife, including grey kangaroos, wallabies, echidnas, possums and sugar gliders. It is also a wonderland for wildflowers and native plants in the west of the park.

Much of the park consists of deep gorges and gullies, and most roads are well maintained and provide access to major attractions. Limited camping is permitted in Boar Gully near Steiglitz and there are several walks ranging from 1-2 hours to the Burchell Trail - a 3-day trek with overnight camps at the Old Mill and Little River bush camping sites. A camping fee applies with details available at www.parksstay.vic.gov.au or by calling 131 963.

O'Briens Crossing and Golden Point, near Blackwood, are the two crossings of the river for 2WD vehicles in the park. Along O'Briens Road there are panoramic views of Lerderderg Gorge and Wombat State Forest - also a great area for some serious four wheel driving. There are a number of 4WD tracks, mostly in the north and east of the park, which connect O'Brien's Road and the Lerderderg Gorge Road.

Along the eastern flank of the park, a number of 4x4 tracks descend from the main ridge into the gullies. Tracks worth noting include Nuggetty Track, which runs from Bluegum Track down into the gully, to Holts Track and back to Bluegum.

There are a number of shorter tracks in the western section of the park - including Ambers Lane Track, Upper Chadwick Track and Possum Track, which in the right weather conditions can be an adventuresome drive.

Track closures apply to many tracks in the park over winter, and some others are closed due to the spread of Cinnamon fungus. Your best bet is to inquire at the local Parks Victoria information centre for up-to date information on which tracks are open.

Both O'Brien's Crossing and Upper Chadwick Track have designated campgrounds, and there is some vehicle based camping permitted in the park. Campers should be prepared to be self sufficient, carrying their own drinking water.

The park is named after the Lerderderg River which cuts a rugged 300 metre deep gorge through the area on its route south to the plains near Bacchus Marsh. The gorge is the dominant feature in the park, which contains a number of mining relics, renowned wildflower sites and fantastic scenery. It is well worth a visit.