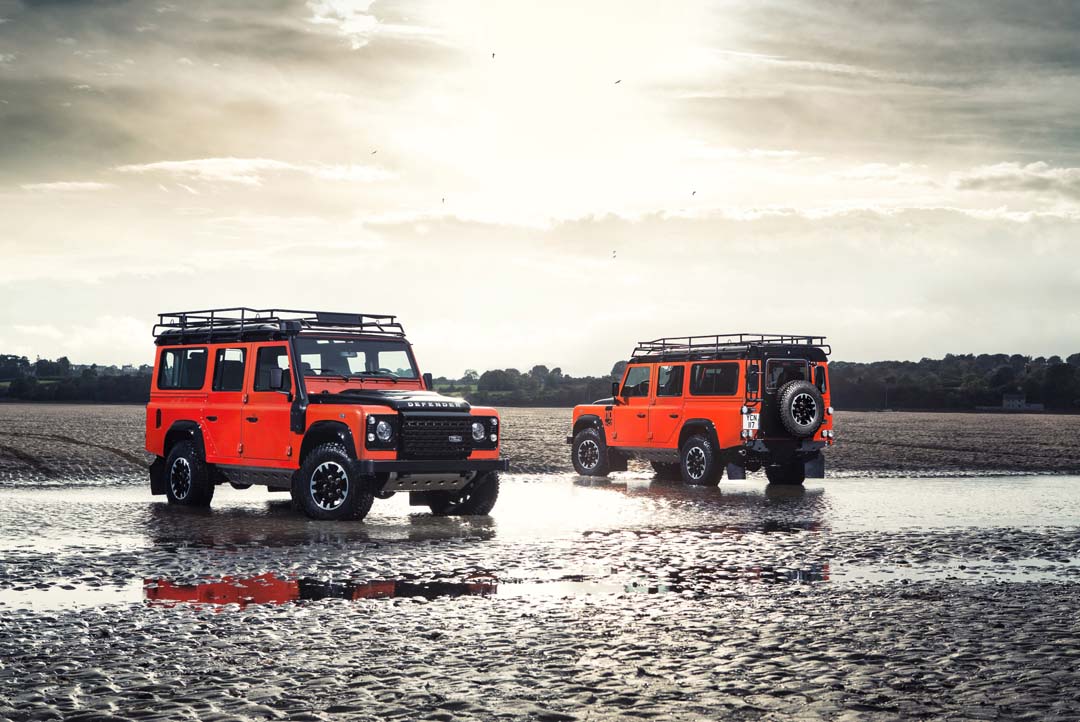 Launched in 2006, the Jeep Wrangler JK retains a separate chassis and live-axle suspension combination that dates back to the original 1941 Willys Jeep, albeit with coil springs instead of leaves.

The advantage of a live-axle arrangement over an independent suspension system is that it offers a constant under-axle ground clearance, while the separate body on chassis construction provides good isolation from road shocks and allows for easy vehicle modifications.

In fact, the Wrangler is a favourite with those who like to modify their vehicle for hardcore off-road use, and there is a massive aftermarket industry that supplies equipment specifically for the Wrangler. Think body lifts, radical suspension kits, flared guards, protection equipment and much more.

The Wrangler is available in short-wheelbase (3.6L petrol V6) and long-wheelbase 3.6L petrol or 2.8L turbo-diesel) variants, the latter called Wrangler Unlimited. Both the shorty and the longer four-door variants are available in petrol-only Rubicon spec, which is one of the most capable out-of-the-box off-road vehicles on the market.

The Rubicon is equipped with lower gearing than other variants, endowing it with improved rock crawling capability. It also has front and rear locking differentials for the ultimate in off-road traction, and an electronic front swaybar disconnect that provides increased axle articulation in undulating and rocky terrain.

On-road performance and comfort falls way short of more carlike four-wheel drives, but off the road you’d be hard-pressed to find a more capable vehicle than a Wrangler, particularly one that’s been given the aftermarket treatment. 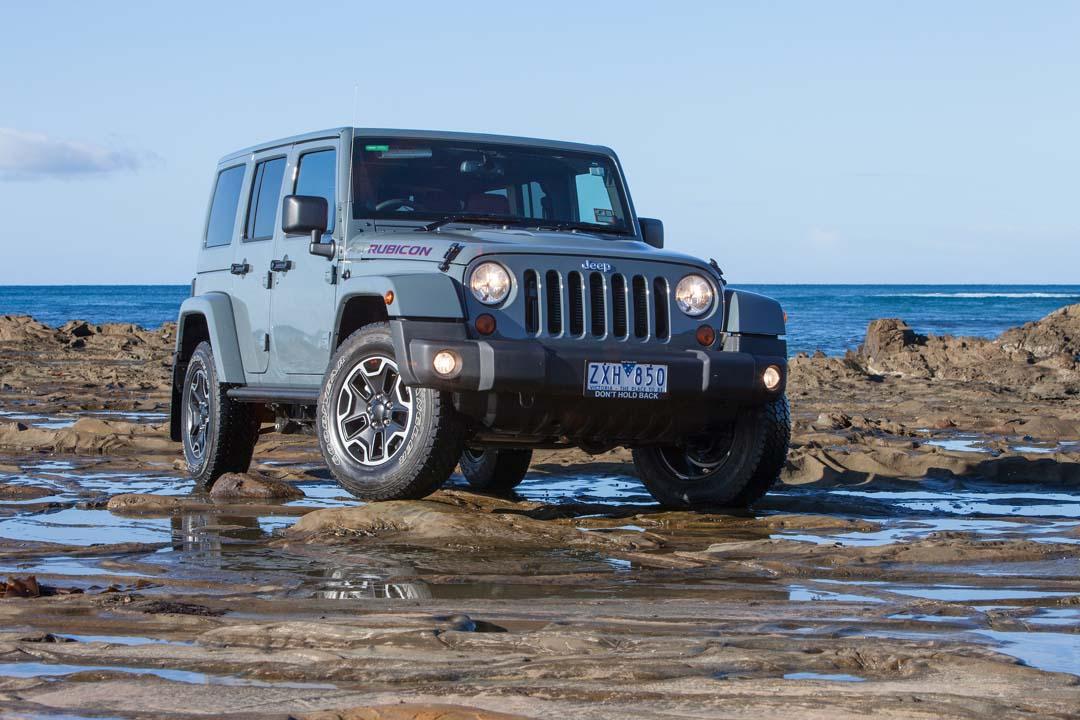 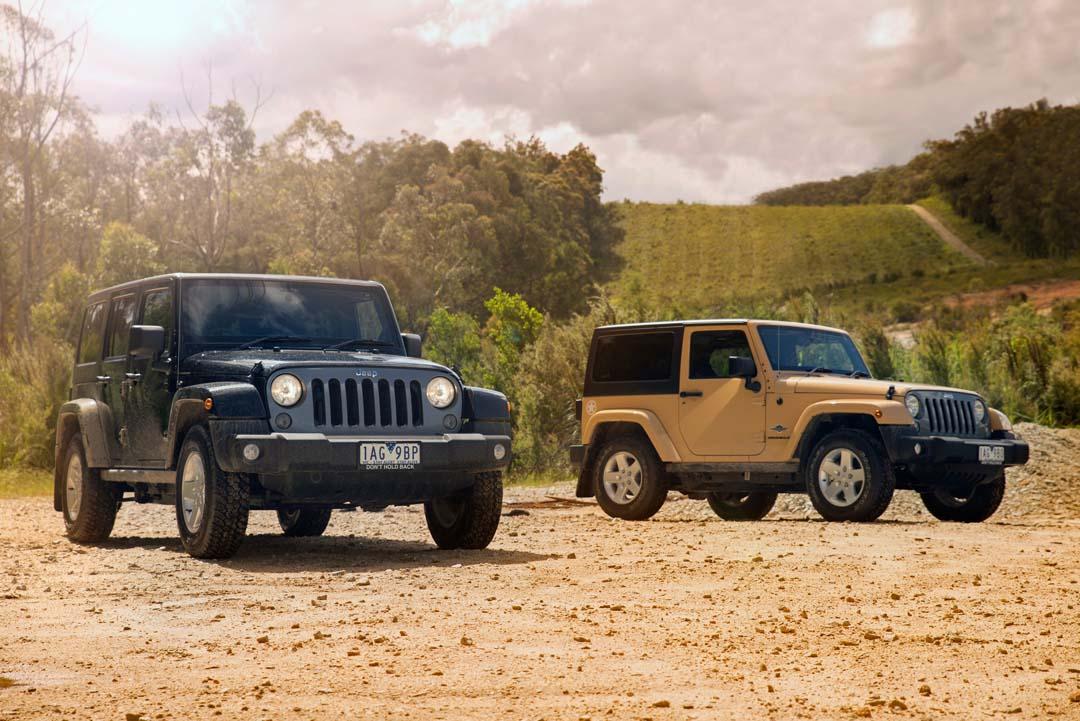 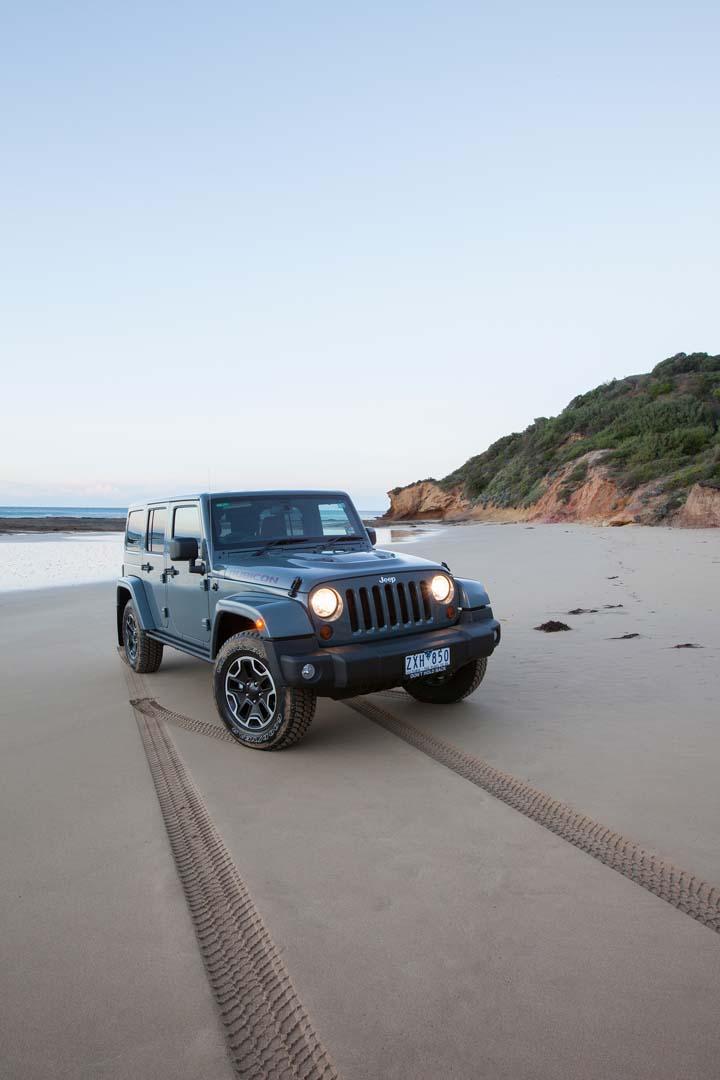 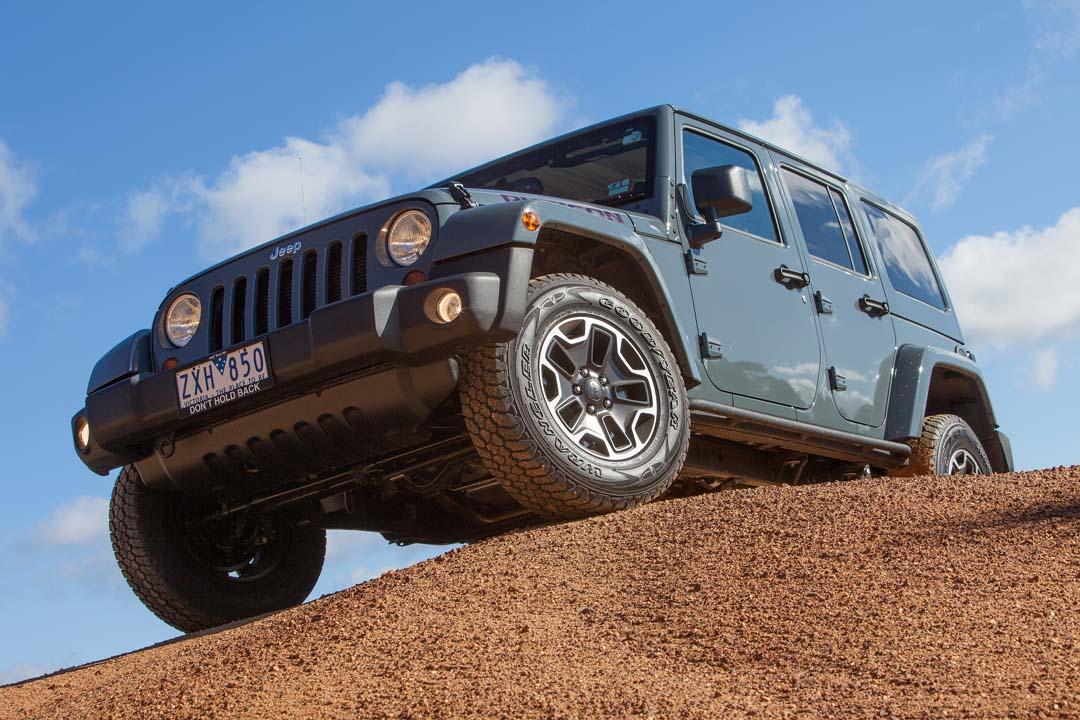 If it weren’t for demand from Australian mining companies and various government departments, chances are Toyota would have killed off the 70 Series LandCruiser by now. Instead, the company recently invested heavily in its heavy-duty workhorse 4X4 to bring it up to OH&S scratch by improving its active and passive safety features.

The Cruiser is available in four body styles: Single Cab cab-chassis, Double Cab cab-chassis, Wagon and TroopCarrier. All are powered by a lazy, torque laden 4.5-litre turbo-diesel V8 engine that makes a claimed 151kW and, more significantly, 430Nm from a low 1200rpm.

The 70 Series is a favourite with four-wheel drive tourers, and for good reason. It has excellent load-carrying capacity and strong on- and off-road performance, and is well suited to hauling a heavy load or towing a trailer. All models now come standard with vehicle stability control and electronic traction control, and front and rear diff locks are standard fitment to GXL models, and optional on the Wagon Workmate.

The current updated model, launched in 2016, also scores revised gear ratios. Of particular benefit is the introduction of a taller fifth-gear, which makes the 70 Series a more relaxed highway tourer than it once was.

Like the Jeep Wrangler, there is an almost endless list of aftermarket accessories available to suit the LandCruiser 70 Series. As well as the usual 4X4 modifications such as bull bars, snorkels and suspension kits, there are companies that specialise in stretching the 70’s wheelbase, increasing its rear axle width, performing pop-up camper fit-outs to Troopies, and much more.

The LandCruiser 70 Series is one of the most capable 4X4 tourers on the market. 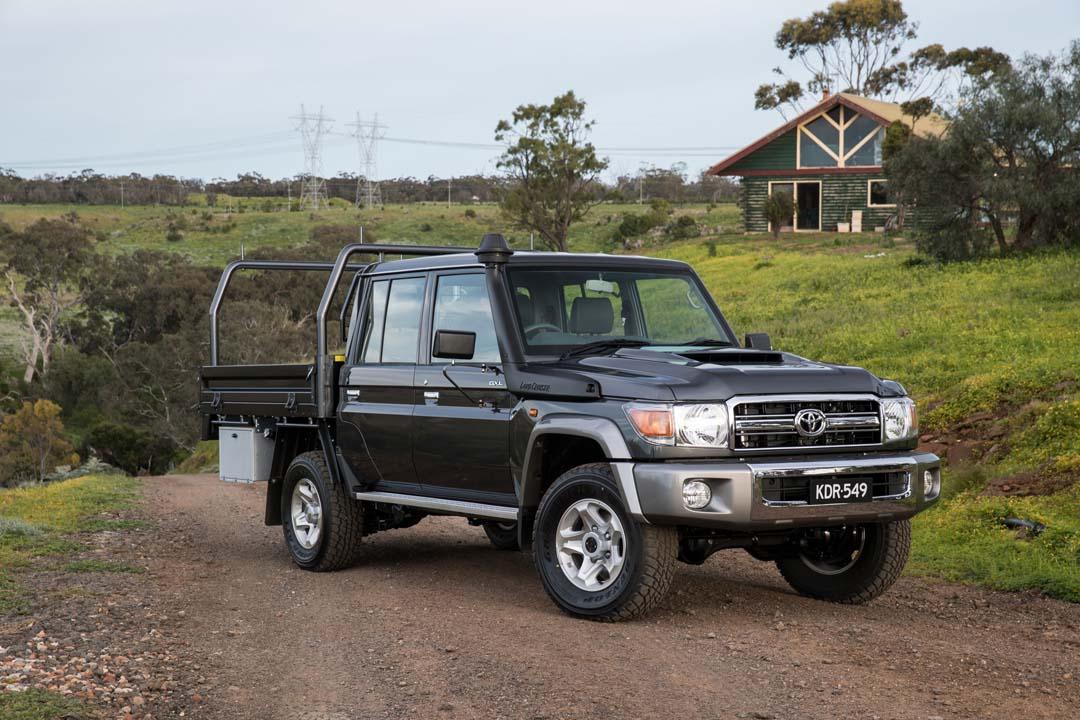 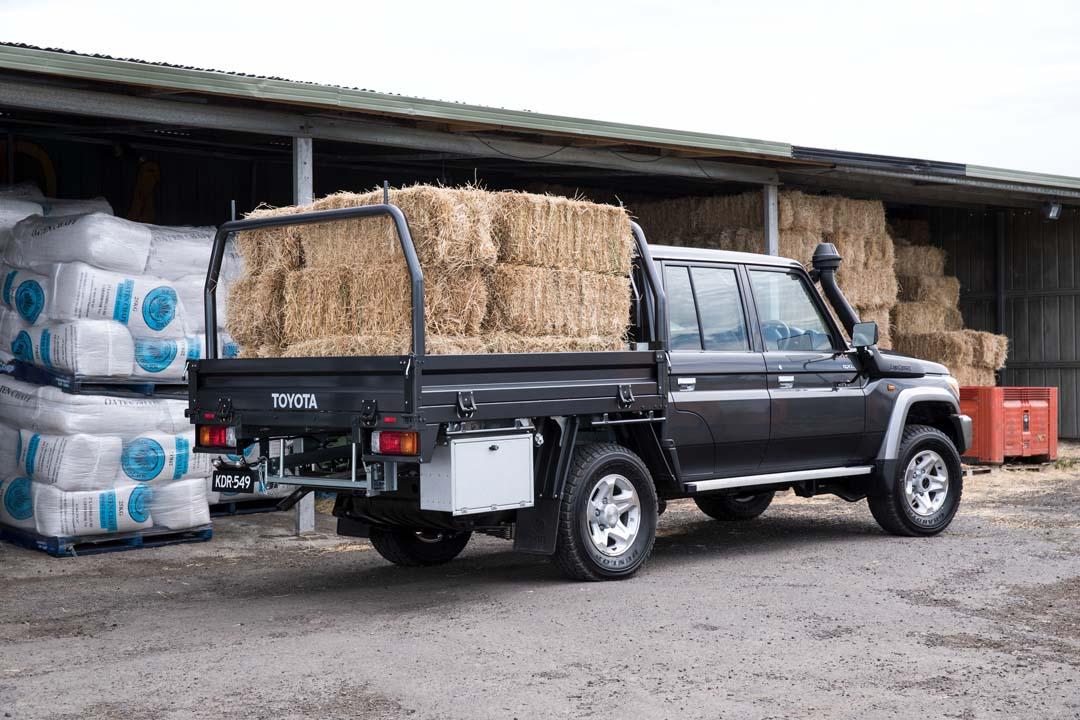 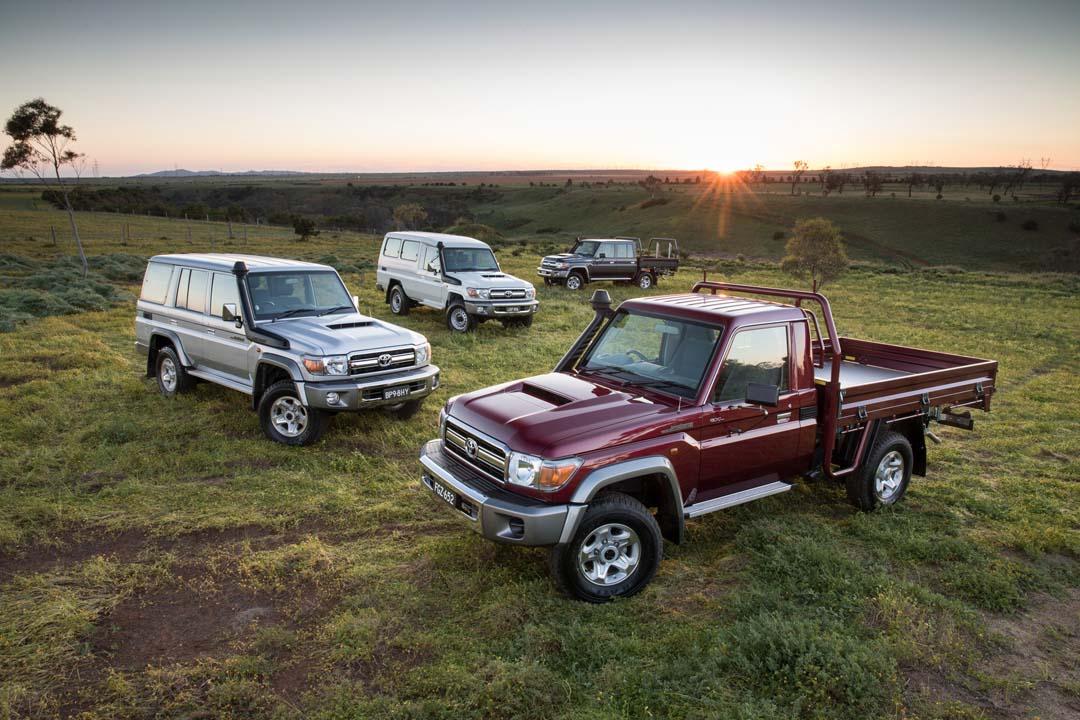 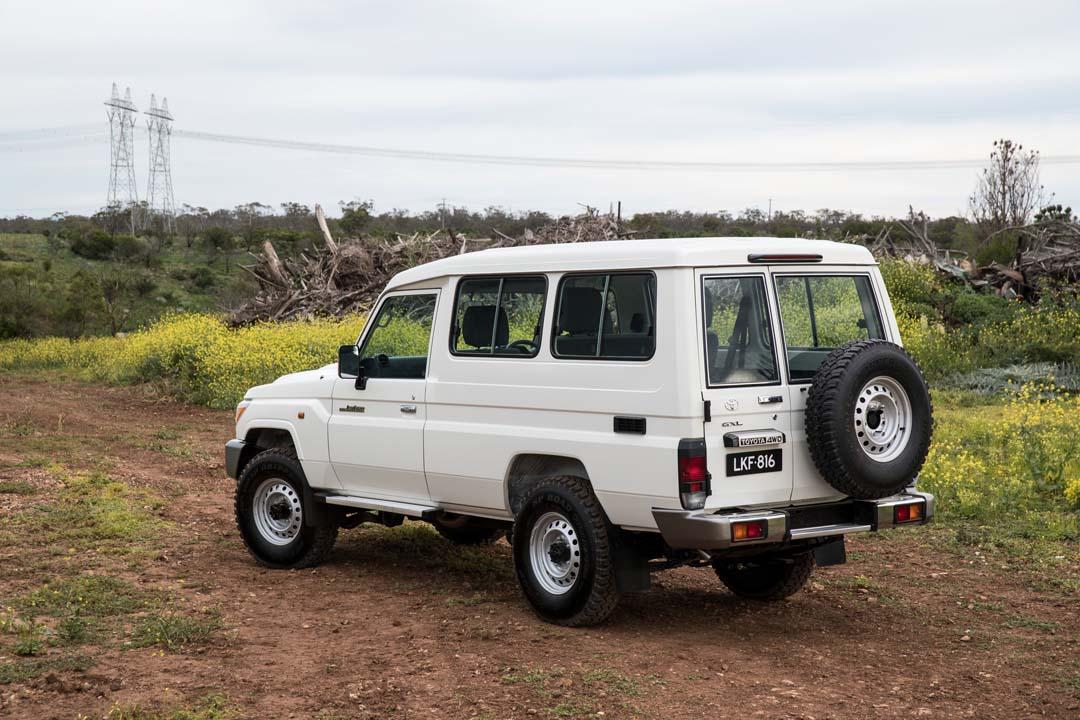 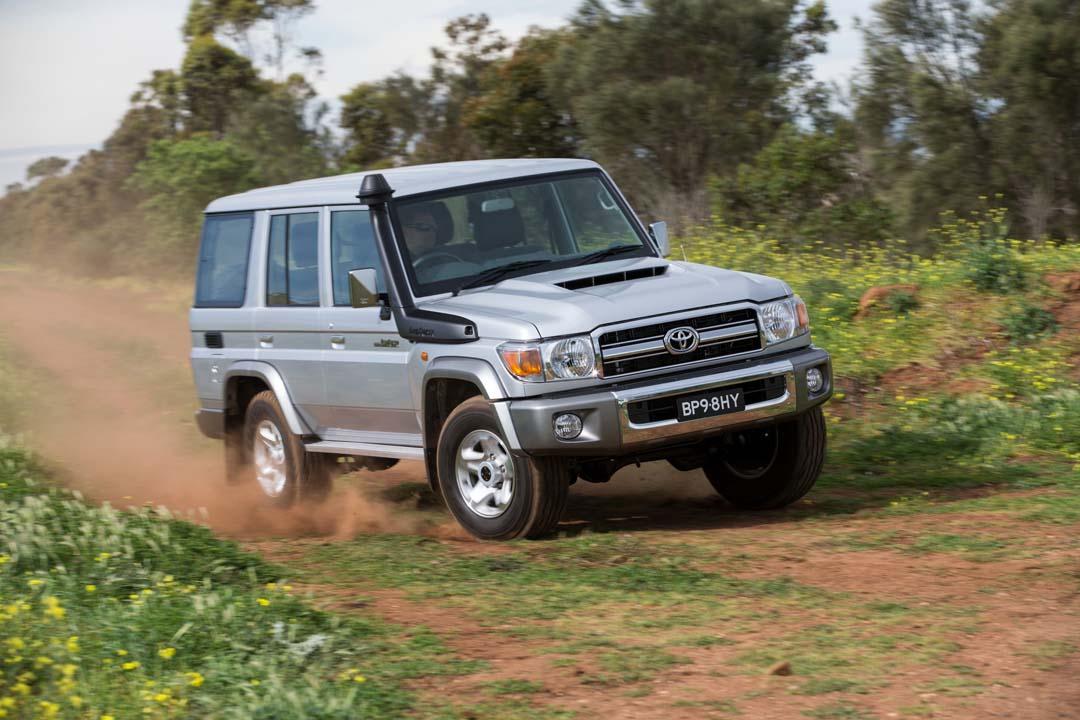 The diminutive Suzuki Jimny has been around since 2008, and other than a then-new body the vehicle was largely based on the coil-spring Sierra that first saw the light of day in 1997, which in turn can trace it’s lineage back to the first Suzuki 4X4 which was launched in 1970. Yep, it might be small, but it has the hardware of a ‘proper’ 4X4 with a separate body on chassis construction and live-axles front and rear.

Suzuki gave the Jimny a new lease on life when it equipped the vehicle with electronic traction control and electronic stability control in 2015, and this was the extent of the update other than a few minor styling tweaks such as new wheels, gauges and steering wheel.

The Jimny is powered by a 1.3L four-cylinder petrol engine that makes a modest 62.5kW and 110Nm, but with short gearing and a kerb weight of just 1075kg, performance is not as lacklustre as you might expect… at least up to around 100km/h when acceleration drops off markedly.

Off the road the lightweight Jimny is surprisingly capable, thanks largely to its manoeuvrability, short front and rear overhangs, reasonable ground clearance, good wheel travel and aforementioned traction control.

The downsides? The Jimny isn’t exactly a long-distance tourer, and on bumpy secondary roads the ride can feel choppy and uncomfortable. Oh, and did we mention it’s small? The Jimny is big enough for a couple on a weekend getaway, but it’s certainly no family tourer.

The light and nimble Jimny is the ideal city commuter thanks to its compact dimensions and great manoeuvrability, but it’s also a ‘proper’ 4X4 with genuine off-road capability. Oh, and it’s as cheap as chips to run. 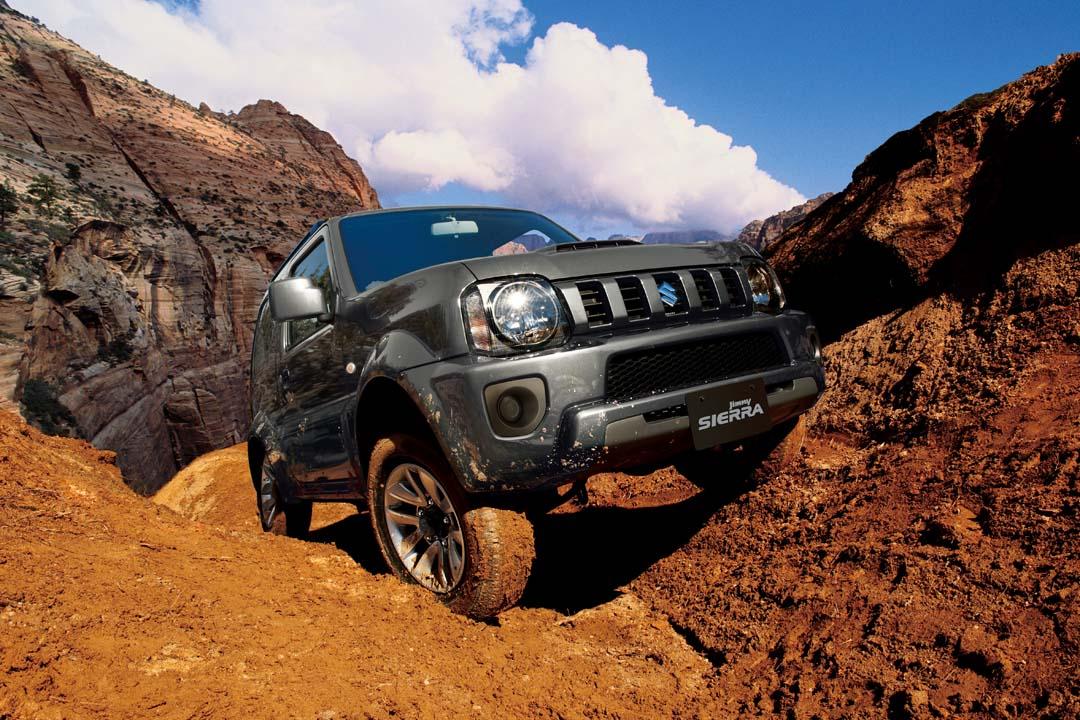 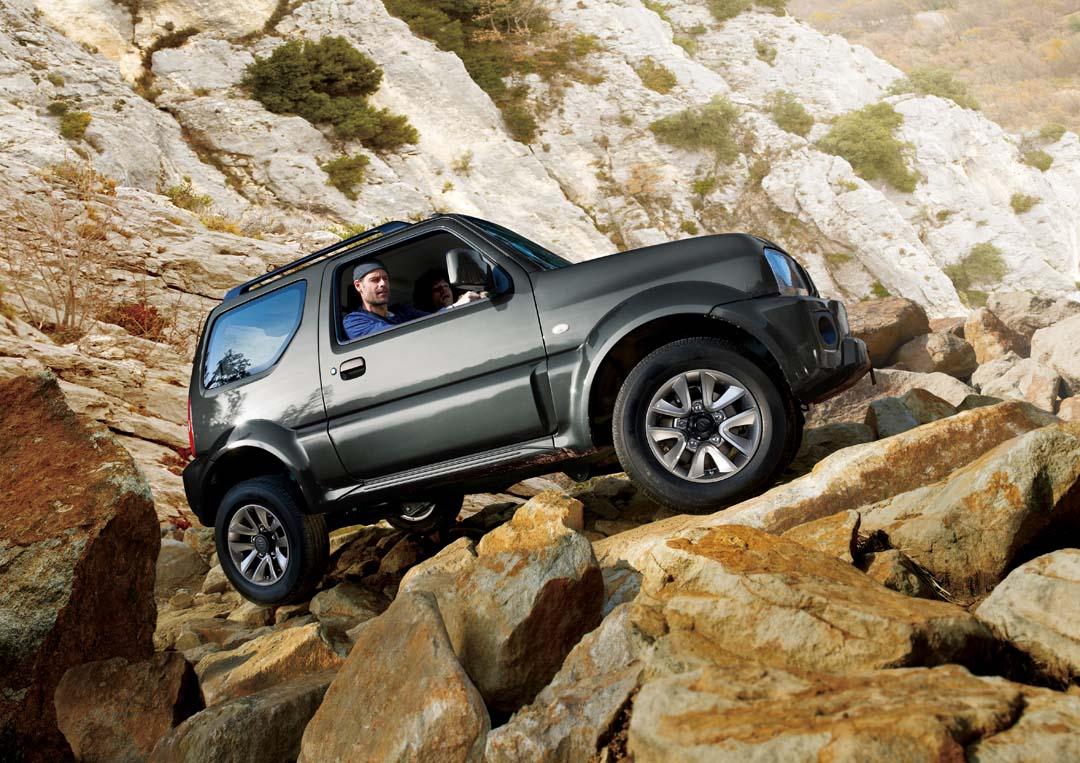 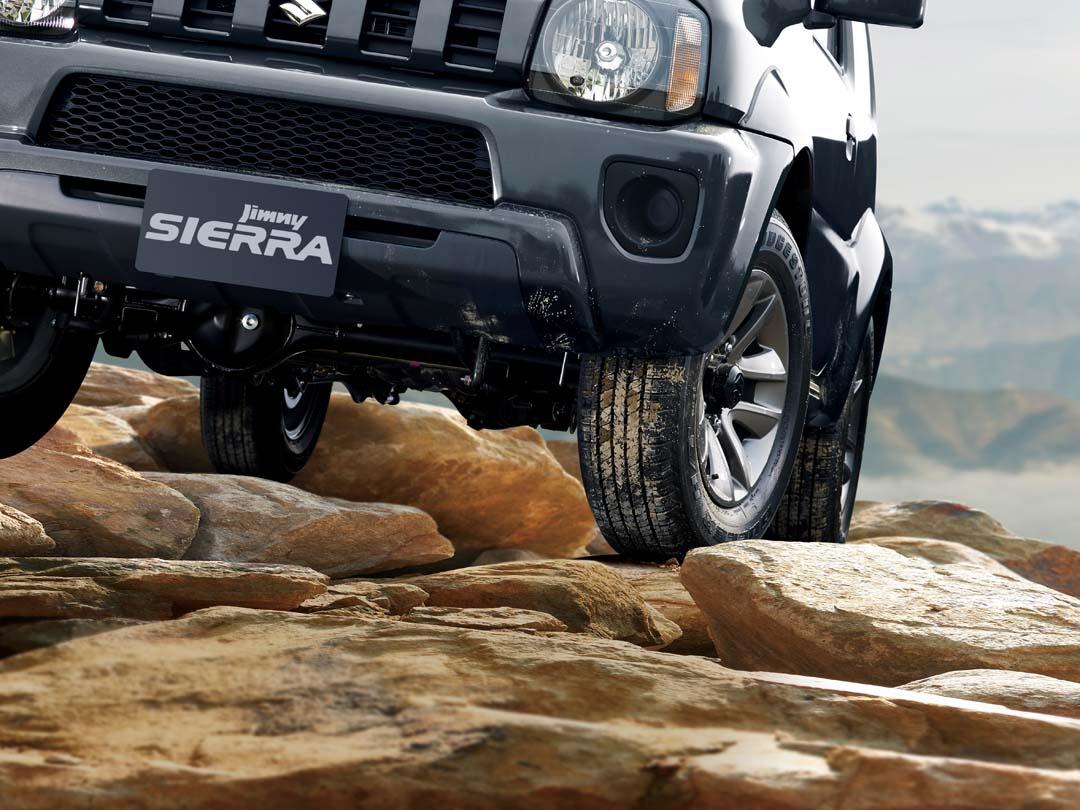 The Mercedes-Benz G-Class was launched in 1979 and over the years it has developed into quite the luxury four-wheel drive, despite its commercial-vehicle appearance. But there’s still one model that’s true to the original off-roading workhorse: the G 300 CDI Professional, which is available in Australia in Wagon and Cab Chassis variants.

Australia is the only market to receive the G 300 CDI Professional models for civilian use, and this ‘proper’ 4X4 is certainly well suited to tough off-road conditions. It’s powered by a 3.0L six-cylinder turbo-diesel engine that makes a claimed 135kW and 400Nm, which is mated to a five-speed auto.

The chassis on the Professional has to be seen to be believed; it is seriously heavy duty. Overall low-range reduction in first gear is a handy 41:1 and front and rear diff locks are standard equipment. In the right hands the Professional is an absolute off-road weapon.

Other standard equipment that will keep the outback tourer happy includes a bull bar, a snorkel, a water-drain plug in the floor, twin 12V batteries, tyre pressure loss warning system and headlight and indicator guards. Factory options include a walk-on bonnet, as well as a cargo barrier for the Wagon.

The Cab Chassis has an astonishing two-tonne cargo capacity. It’s a no-compromise workhorse that can cause incredible discomfort for vehicle occupants unless there’s a hefty load in the tray. But if you do have a lot of gear to carry, then this is certainly the vehicle for you… assuming you have close to $120k to spend on a ute. Surprisingly, the four-seat Wagon is a relative bargain at a shade under $110k. 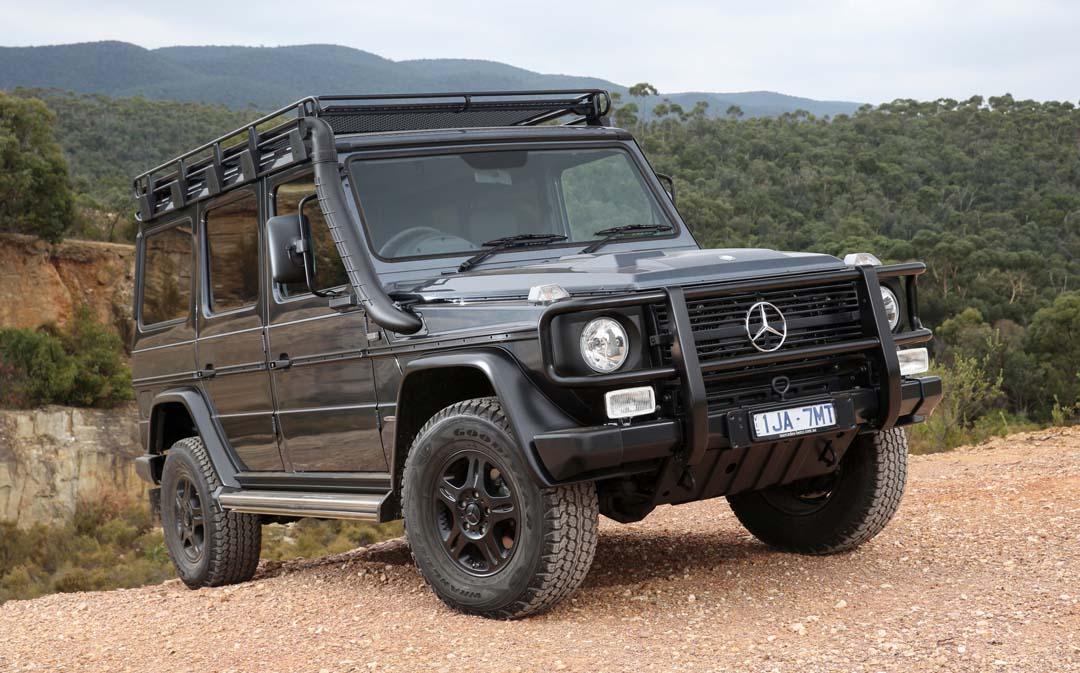 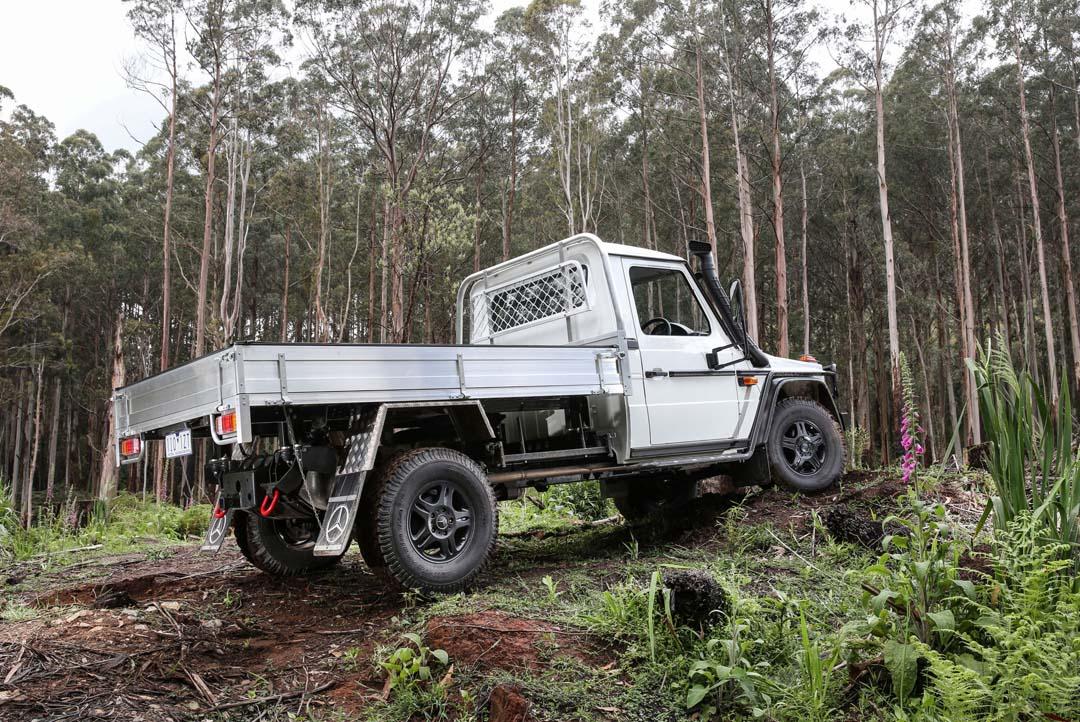 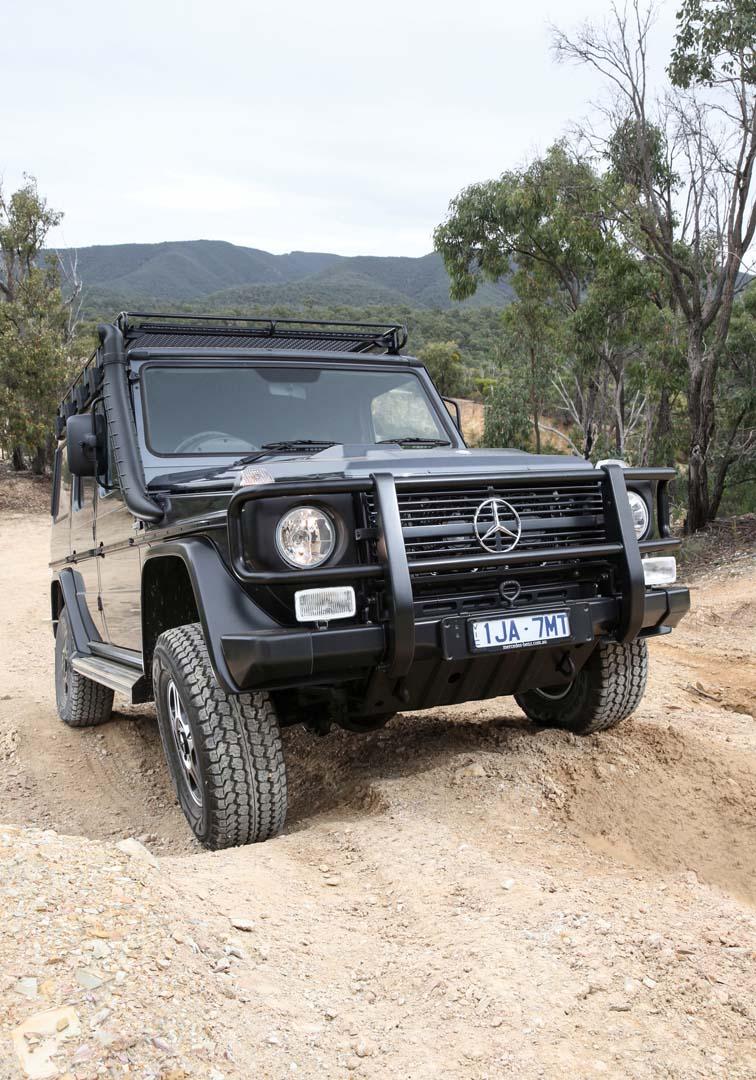 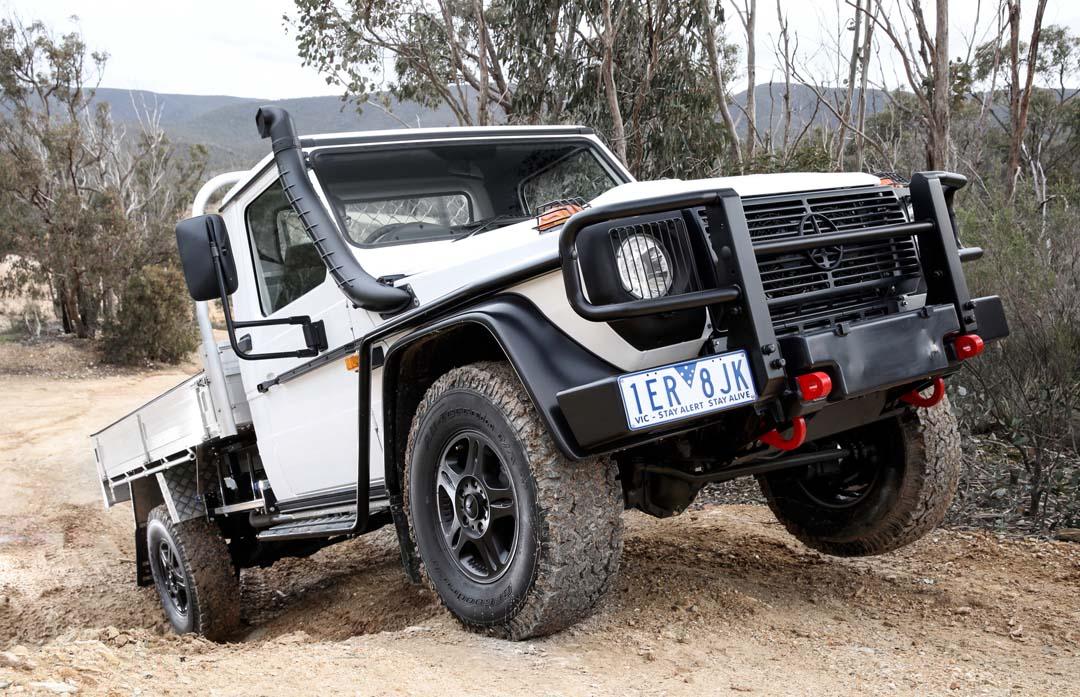 If the recent demise of the Land Rover Defender is anything to go by, it looks as though the future for ‘proper’ four-wheel drives with a separate chassis and live axles is not too bright.

Although its lineage could be traced back to the original Land Rover of 1948, the Defender packed some quite advanced technology in its latter years, including full-time 4WD, four-wheel disc brakes, ABS, electronic traction control and dynamic stability control.

For vehicle manufacturers, versatility is one of the great strengths of a separate chassis design, and before Defender production ended in 2016 it was available in three wheelbase lengths, and different body styles included a three-door wagon, five-door wagon, single-cab chassis and double-cab chassis.

The last-of-the-line Defenders were powered by a 2.2-litre four-cylinder turbo-diesel engine that made a claimed 90kW and 360Nm, mated to a six-speed manual gearbox and two-speed transfer case. On-road performance from this combination is more than acceptable, while good low-range reduction and plenty of low-rpm torque provide strong off-road crawling capability. Loads of ground clearance and long-travel coil springs also aid the off-road cause.

Driving a Defender is an experience like no other. The driving position is cramped and the cabin is narrow, which is why you see so many Defender drivers cruising along with the window down and their elbow resting on the sill. There is, however, a commanding view from the driver’s seat through an upright windscreen and over a short bonnet. It’s ideally suited to off-road driving, which is what the Defender is all about.

The Defender is a great long-distance tourer for those who can live with the compromised driving position and it’s several other foibles. It has a hefty payload capacity, the five-door wagon has a cavernous cargo area, you can source an extraordinary number of aftermarket accessories for it and it’ll likely become more of a life obsession than a mere 4X4.

Land Rover assures us that a new Defender is on the way, but most in the know predict it will be built on the same platform as the recently released Discovery 5, which means a carlike monocoque structure with independent suspension. So while you might not be able to buy a new Defender right now, there are plenty of good examples on the secondhand market… and many sought-after models are increasing in value. 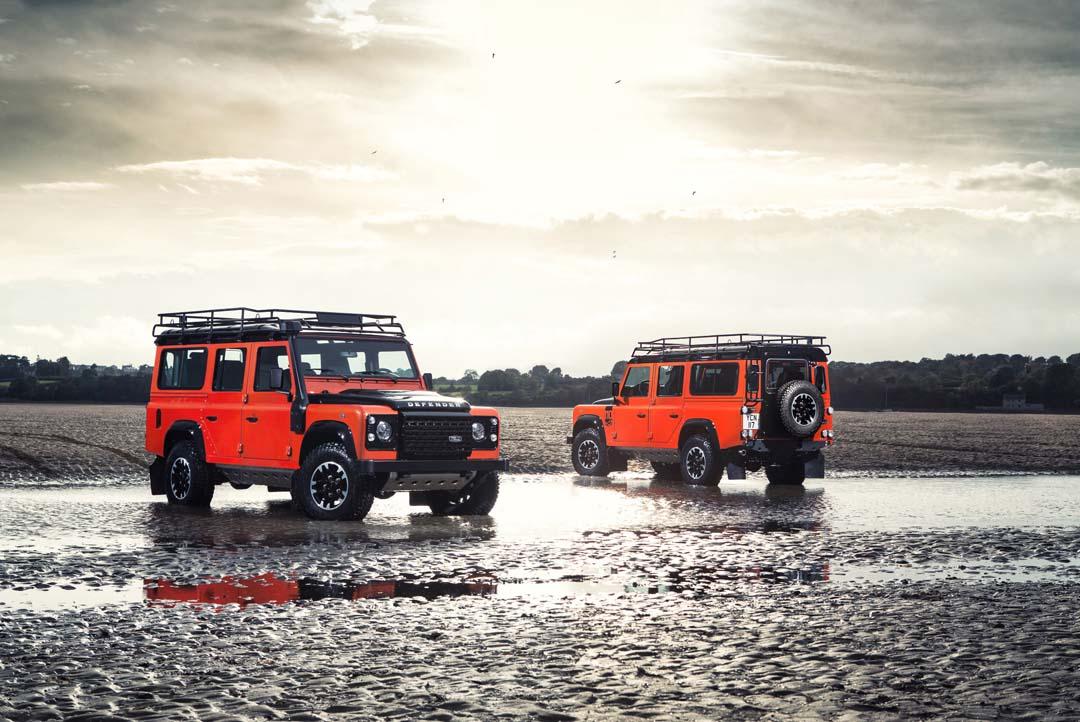 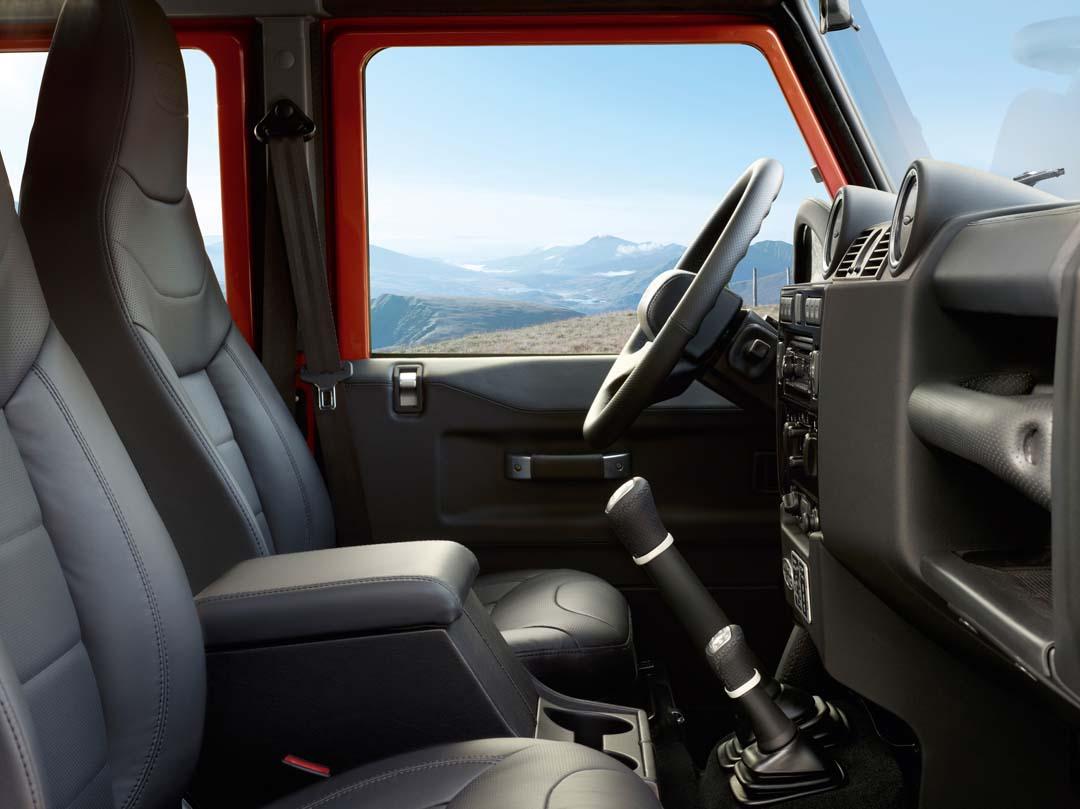 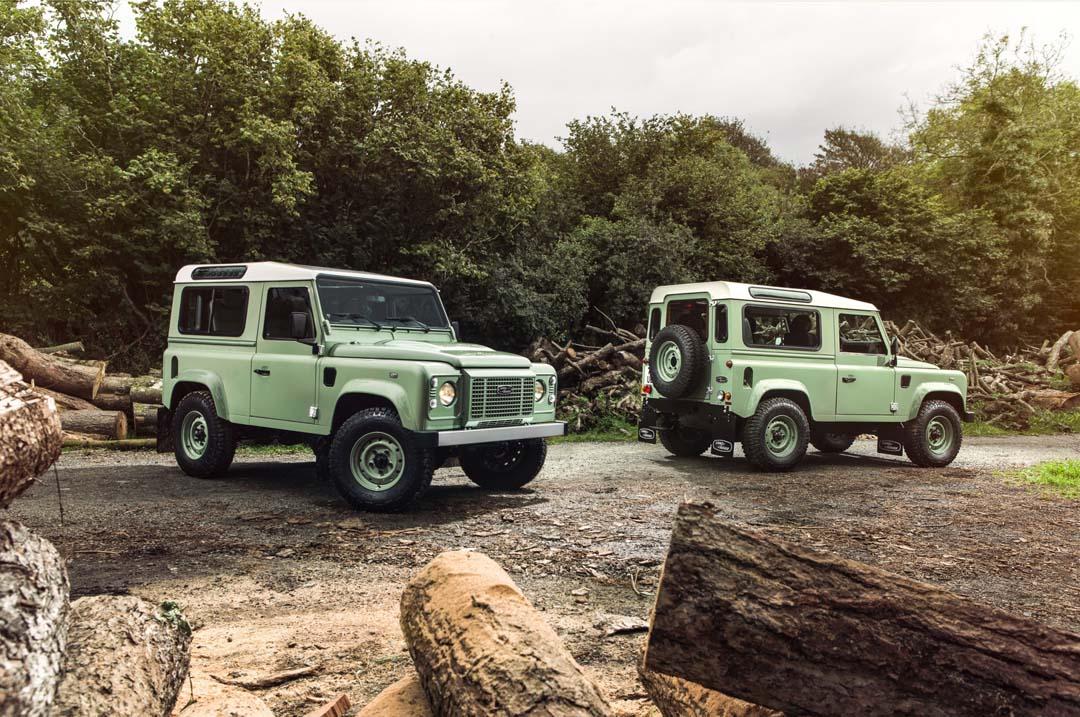 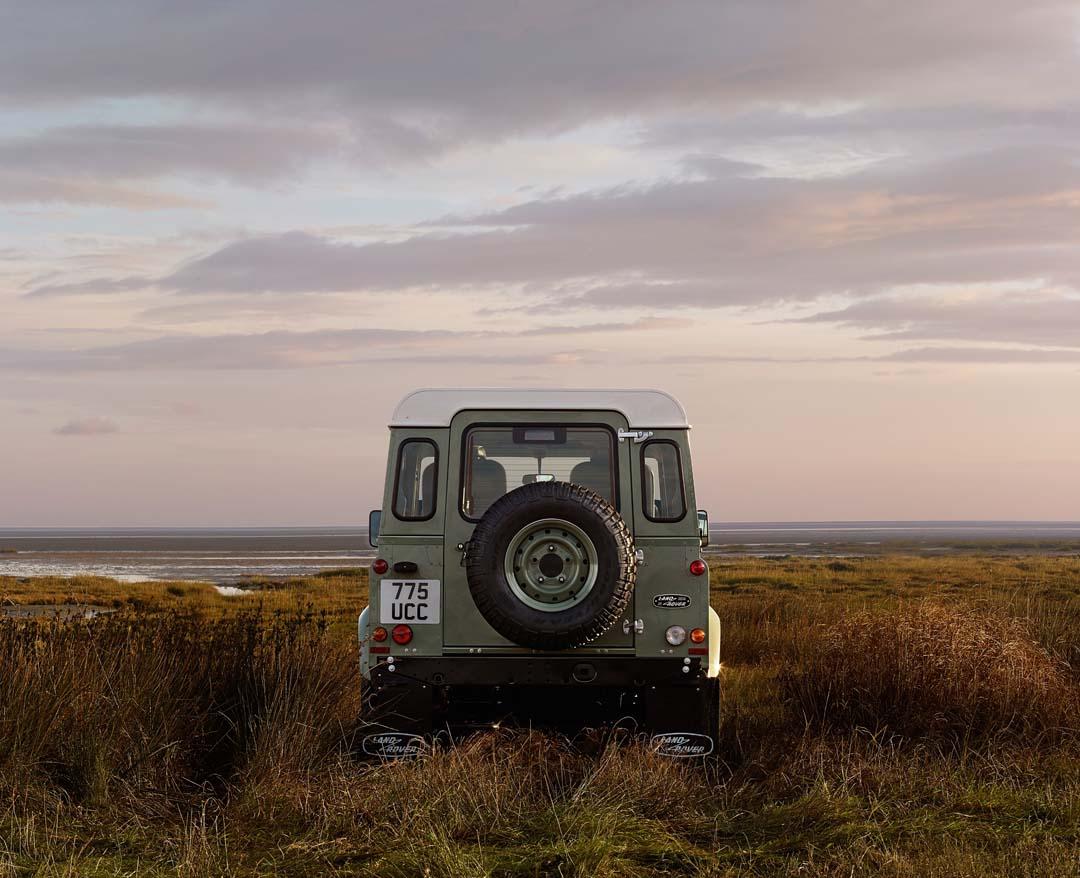