Down the Years. Throughout history a handful of vehicles have had a massive impact on how the recreational four-wheel drive scene has developed into one of the most important segments of the automotive world. Here’s our list of the Top 5 Most Influential 4x4s of all time. 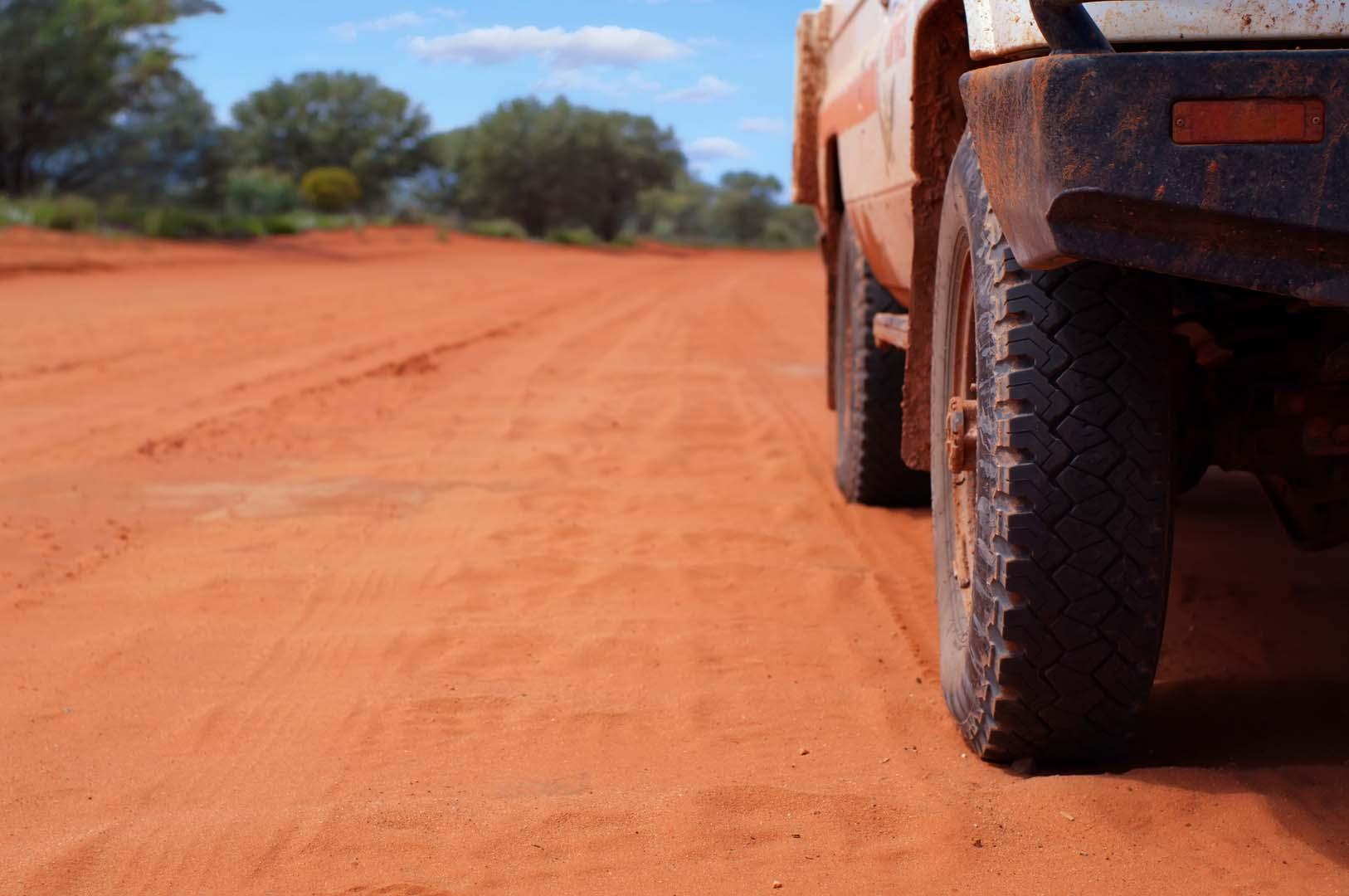 It was an American ¼ ton military reconnaissance vehicle developed in the early days of World War II that started the current recreational 4x4 craze.

The US military wanted a lightweight and off-road-capable vehicle and so it asked American vehicle manufacturers to come up with a design based on several specific criteria. Bantam and Willys-Overland bid for the contract with innovative designs, and they were later joined by Ford.

Bantam was initially successful but as it didn’t have the production capacity or financial stability to suit the military’s needs, the War Department is said to have encouraged Willys and Ford to complete models for testing, aided with the blueprints for the Bantam design.

The Bantam BRC 40, the Willys MA and the Ford GP all went into production before the War Department decided to standardise the design. Willys won the contract and production of the MB began, incorporating some features from the Bantam and Ford designs.

Willys-Overland production fell short of demand and Ford was also asked to produce the Willys vehicle, which it labelled the GPW. Throughout the war Willys manufactured 363,000 examples and Ford produced a further 280,000.

The Jeep, as the vehicle became known, was used for all sorts of purposes in addition to reconnaissance, including supplying troops, transporting troops, towing trailers, acting as mobile weapons platforms and performing as ambulances.

After the war, the versatility of a lightweight, go-anywhere 4x4 like the Jeep did not go unnoticed in the civilian world, and thousands of army-surplus Jeeps were used around the globe for all sorts of jobs. Willys-Overland also recognised this and so trademarked the ‘Jeep’ name in 1943 before beginning production of the CJ (Civilian Jeep) in 1945. 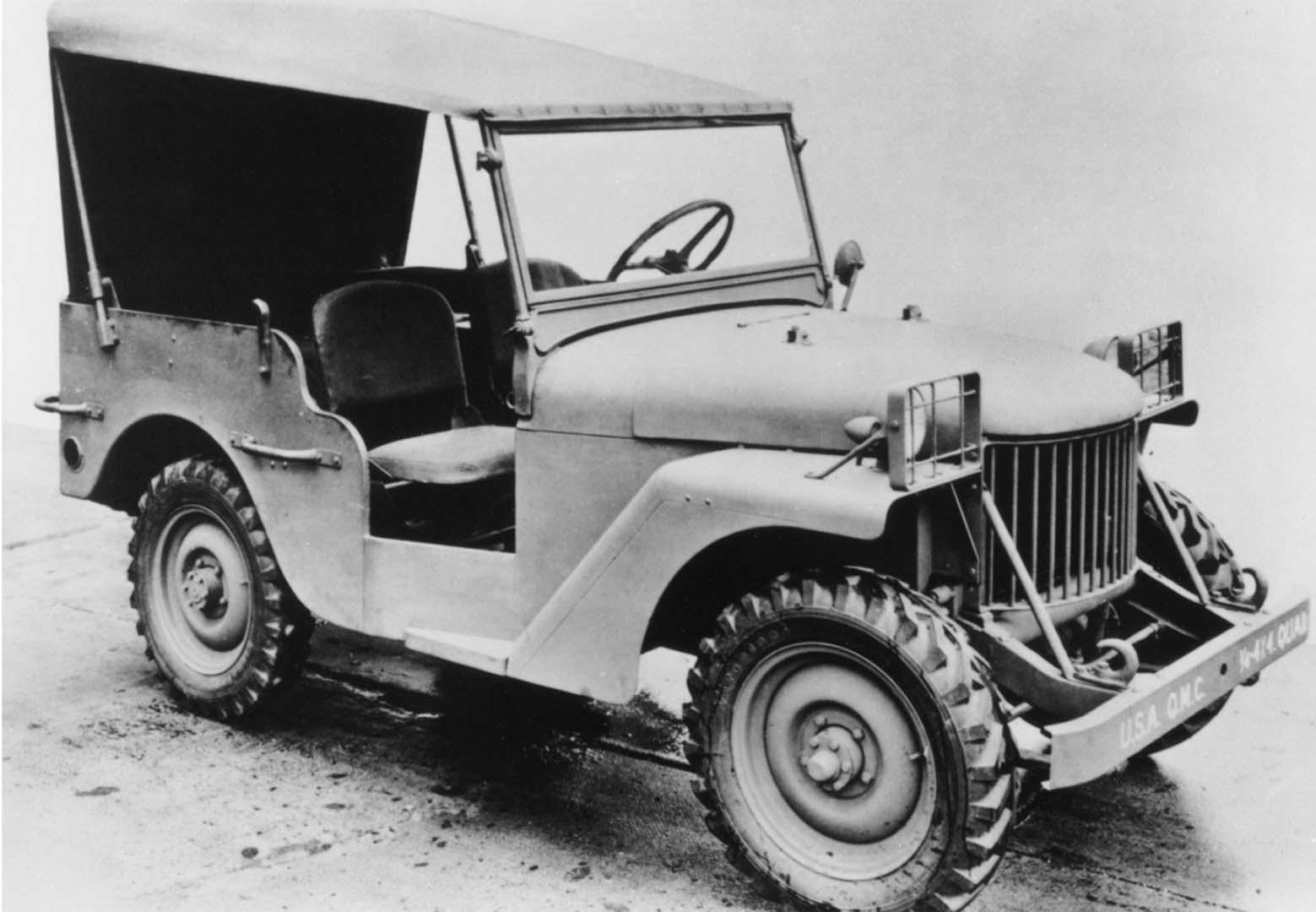 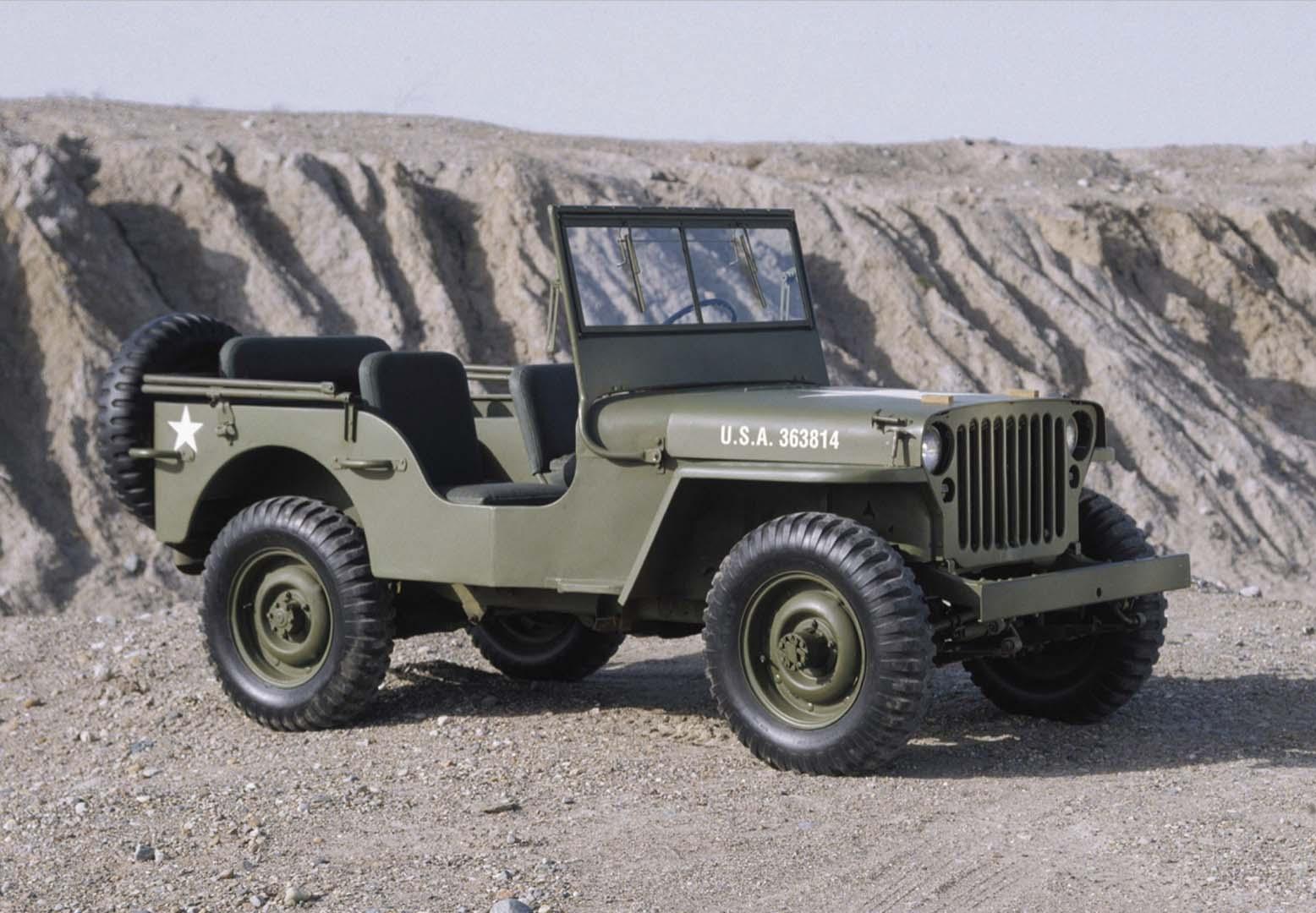 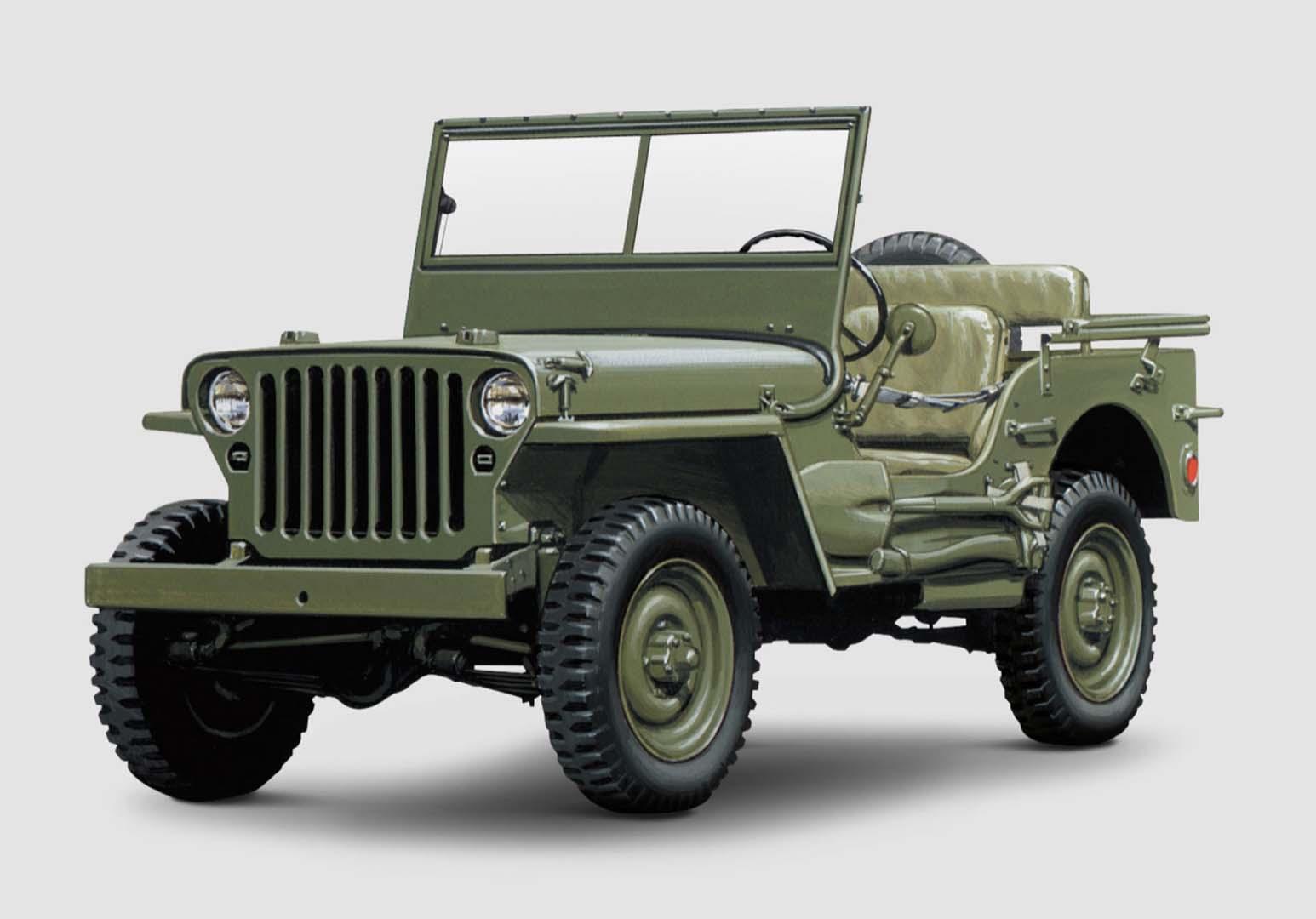 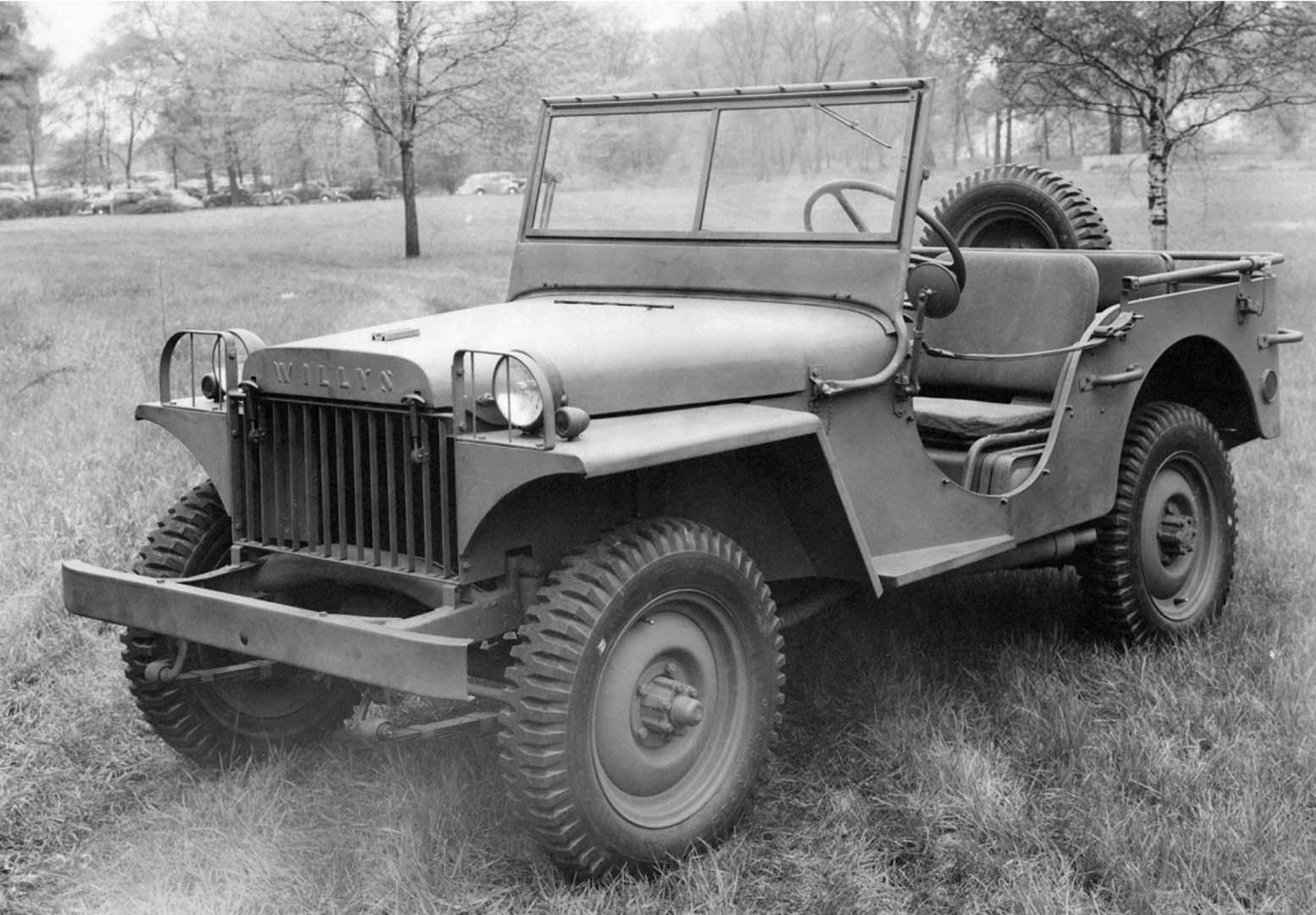 It was back in 1947 that Rover’s then-technical chief Maurice Wilks was said to have sketched the first Land Rover on the sands of Red Wharf Bay on his farm at Newborough, Anglesey, Wales. He reportedly was inspired to do so after his brother Spencer, the MD of Rover, asked him what he would do when his old army surplus jeep wore out.

The Wilks brothers used a jeep chassis for their first prototype of a multi-purpose, go-anywhere vehicle that would go on to become the Land Rover, which was unveiled at the Amsterdam Motor Show in 1948.

The Series I, as it became known, featured a unique box-section galvanised steel chassis with a separate body manufactured from sheet-aluminium, of which there was plenty around after the war as aircraft production wound down. The engine was Rover’s existing pre-war 1.6-litre four-cylinder petrol unit mated to a four-speed gearbox and a two-speed transfer case, and a permanent four-wheel drive system.

As it was primarily intended for use as an agricultural vehicle, power take-offs (PTOs) were fitted to enable the Land Rover to be used as a stationary power unit for various pieces of farming equipment. The rugged simplicity of the Land Rover and its go-anywhere capability saw it become far more popular than the Wilks brothers could have ever dreamed, and the Series I was soon being used by farmers, industry and explorers all over the world. In the first year of production 3048 Land Rovers were made, then 8000 in 1949 and 16,000 by 1950.

The Land Rover underwent constant development with the launch of the Series II in 1958, the IIA in 1961 and the Series III in 1971. By now there were long and short wheelbase versions, petrol and diesel engines, and a variety of body styles… and the vehicle was built in factories in many parts of the world. By 1976 one million examples had been produced and various sources have claimed that for more than half the world’s population the first car they ever saw was a Land Rover. 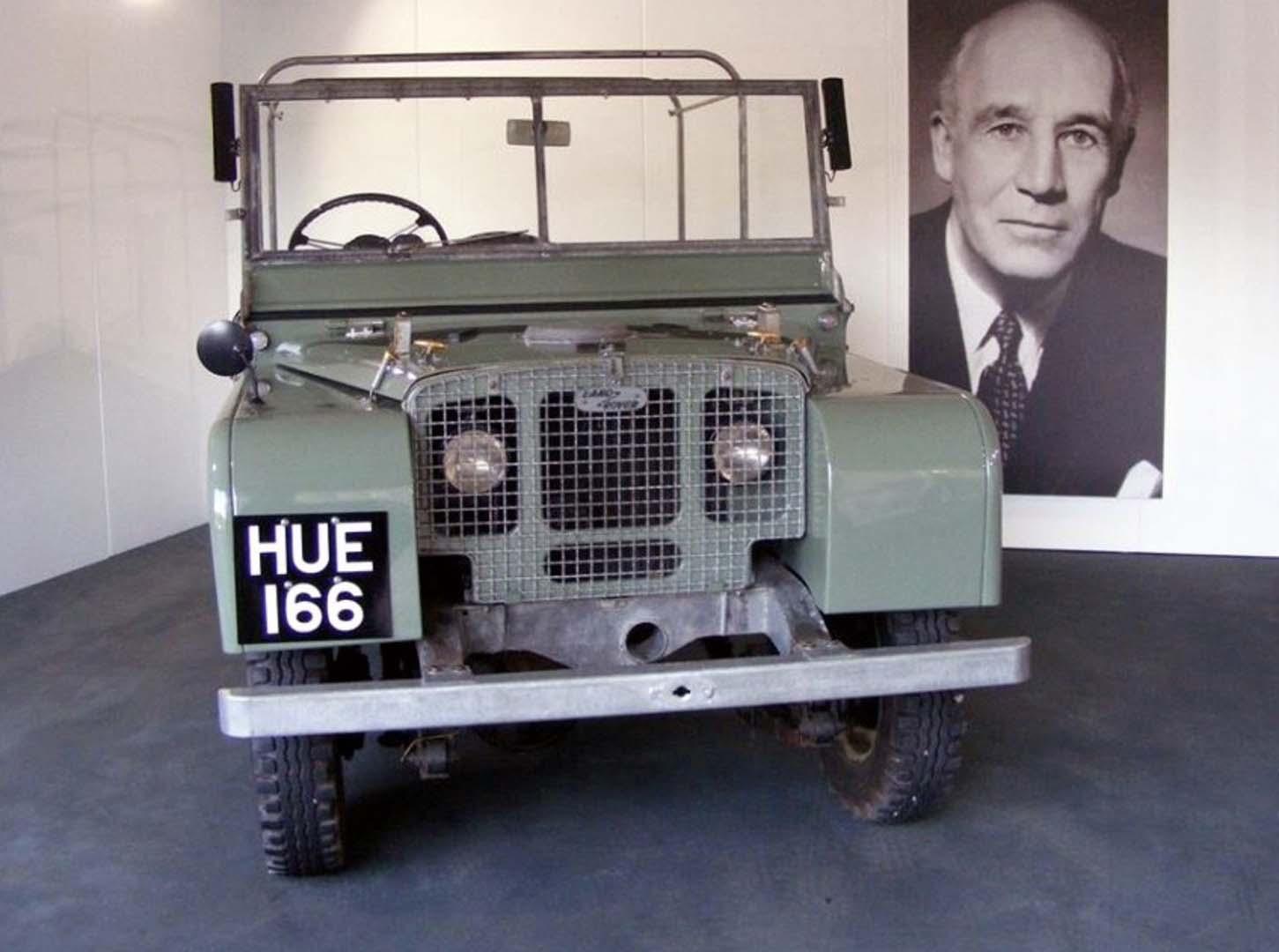 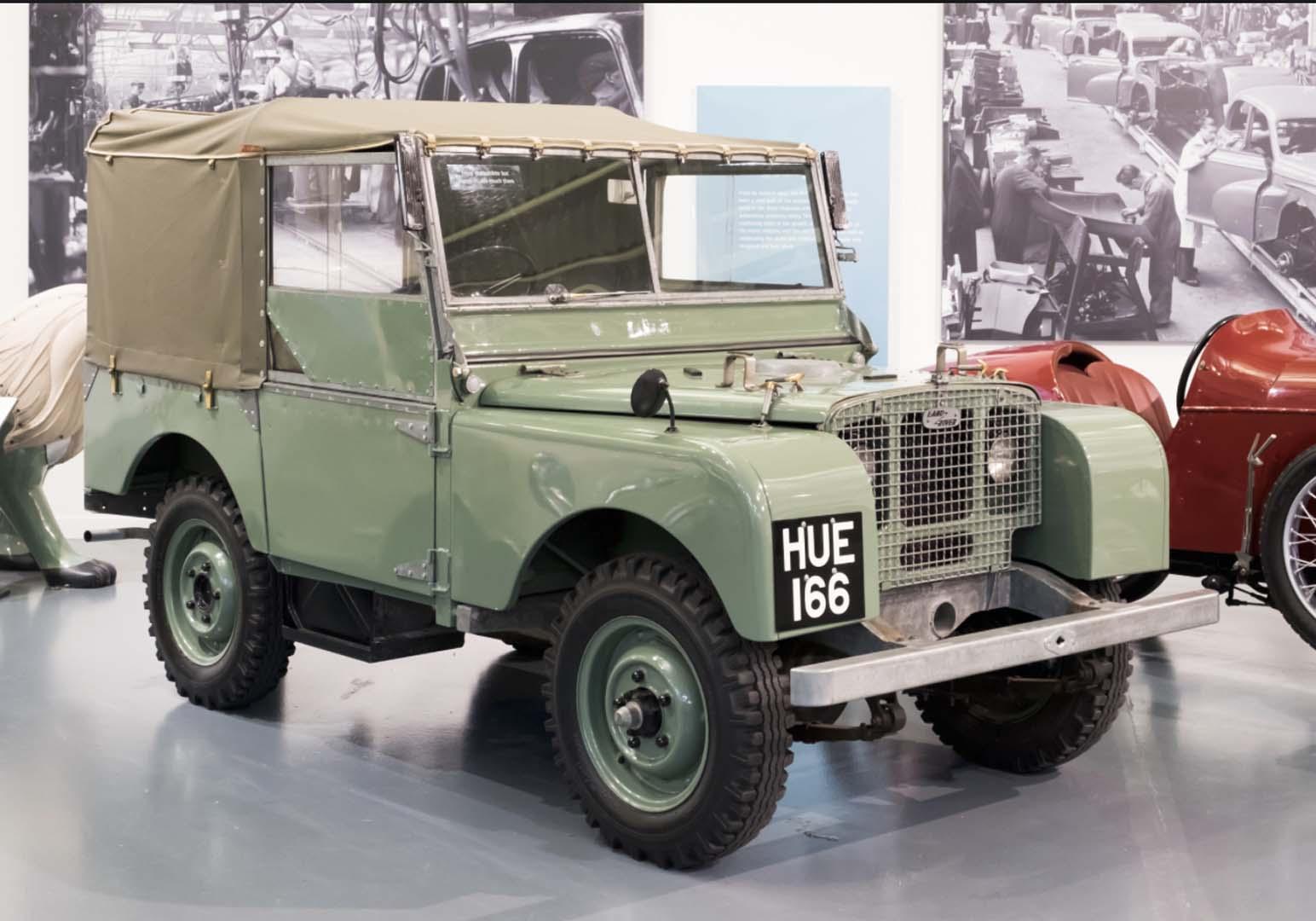 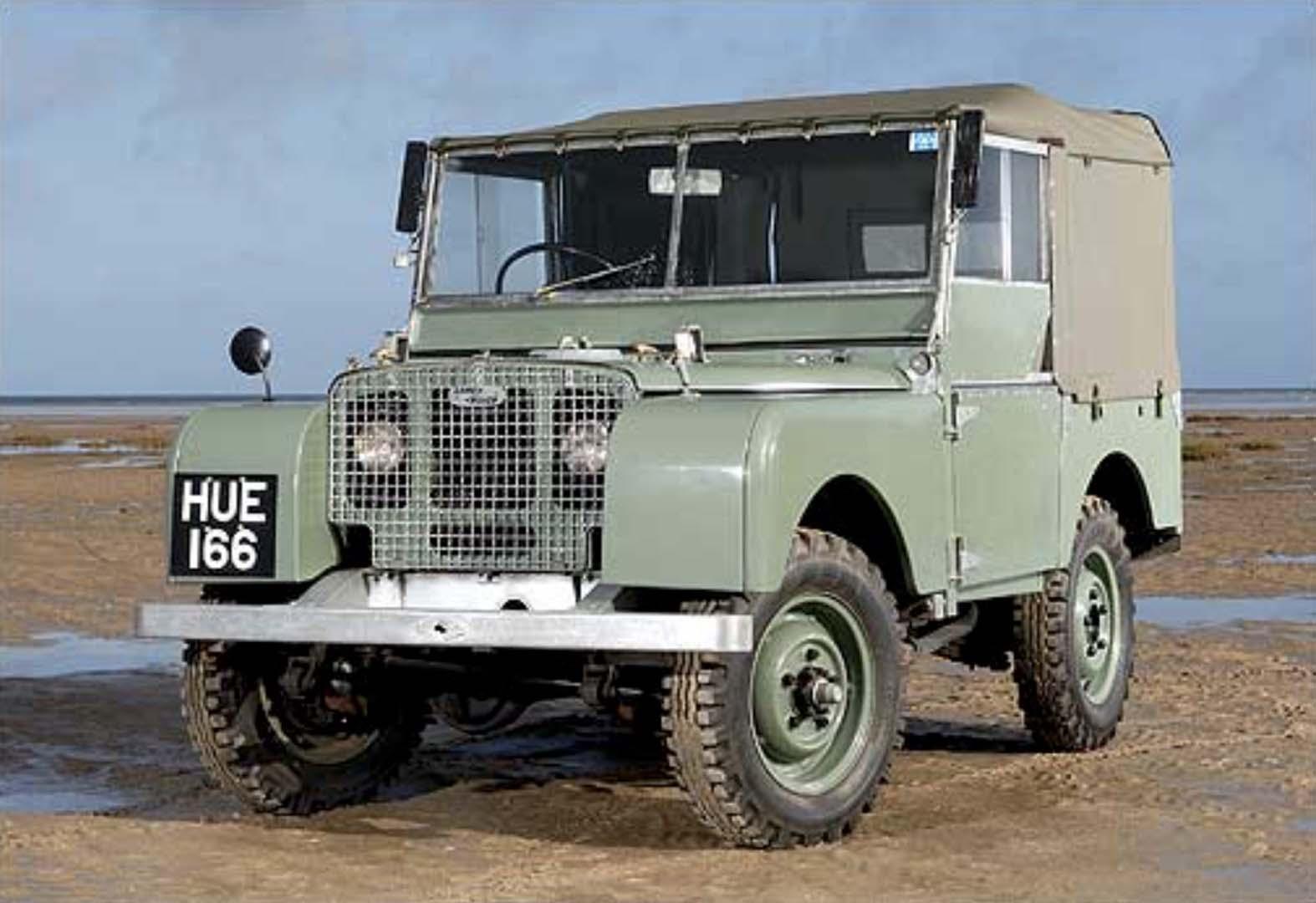 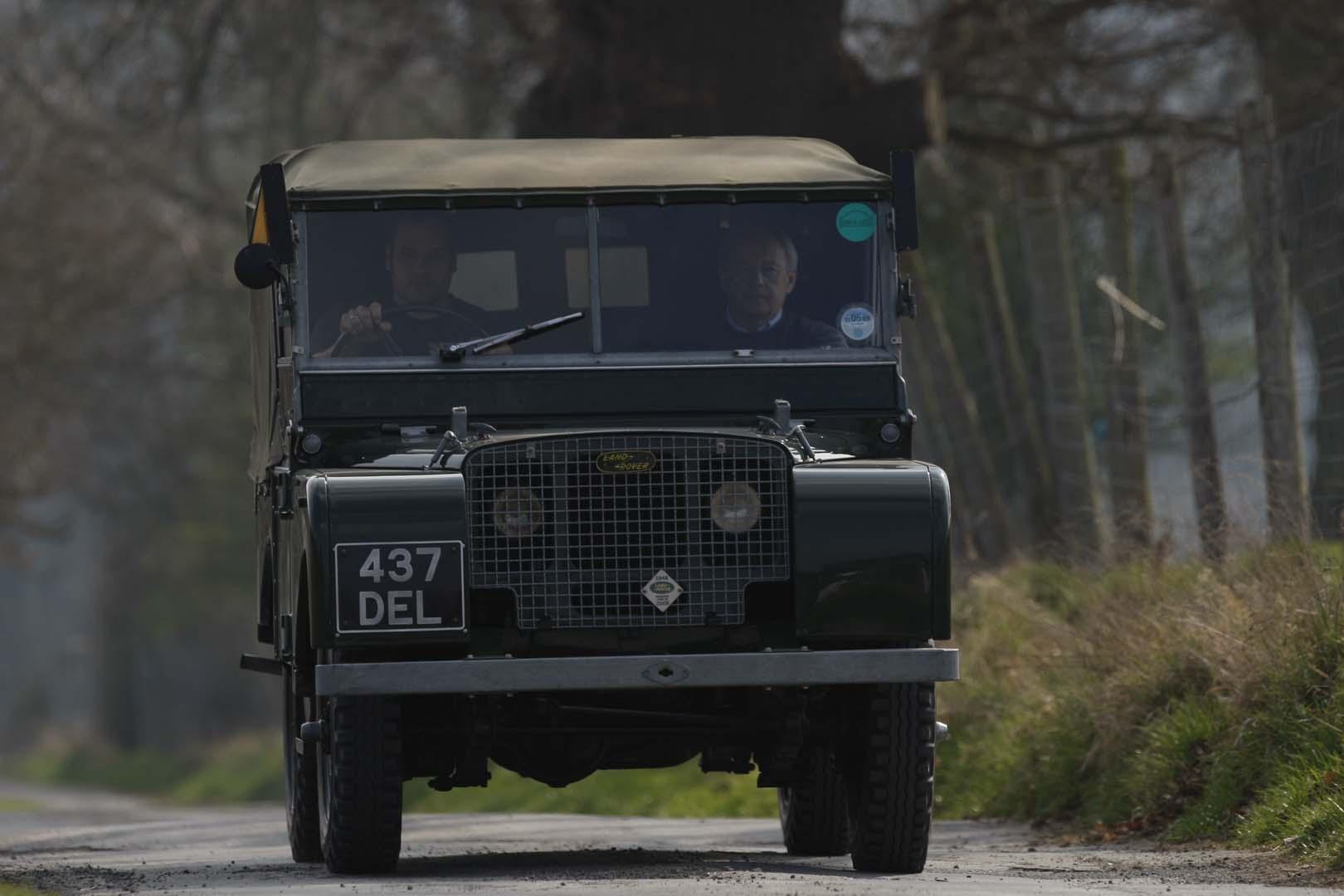 The importance of the 40 Series LandCruiser to Toyota’s success in Australia cannot be overstated. In 1958, Leslie Thiess (later Sir Leslie) put 13 20 Series LandCruisers to work on the Snowy Mountains Scheme. In February 1961, Thiess (Sales) Pty Ltd was appointed sole importer of Toyotas for Australia, and over the next few years it built up an impressive sales and service network throughout the country, which was critical in the success of the 40 Series, as well as later-model LandCruisers.

When the 40 Series LandCruiser was introduced in 1960, it soon became a favourite with industry and farmers alike, as well as those who wanted a simple, robust and reliable vehicle to take them to remote parts of Australia. The short-wheelbase 40 featured new sheet metal atop a traditional separate chassis with live axles front and rear and leaf spring suspension. It was powered by a 3.9-litre petrol six that made a handy 125hp (93kW), and this was mated to a three-speed gearbox and a two-speed transfer case.

The 40 Series line-up was soon expanded to include several variants, including the short wheelbase FJ40 (soft top and light van model), the mid wheelbase FJ43, and the long wheelbase FJ45 (cab-chassis, pick-up and Troopie).

In 1973 the BJ 40 Series was introduced with a six-cylinder diesel engine making the LandCruiser ideally suited to long-distance outback travel, and soon the vehicle could be seen all around the country equipped with a variety of backyard-built accessories that would go on to spawn Australia’s world-class 4x4 aftermarket industry. 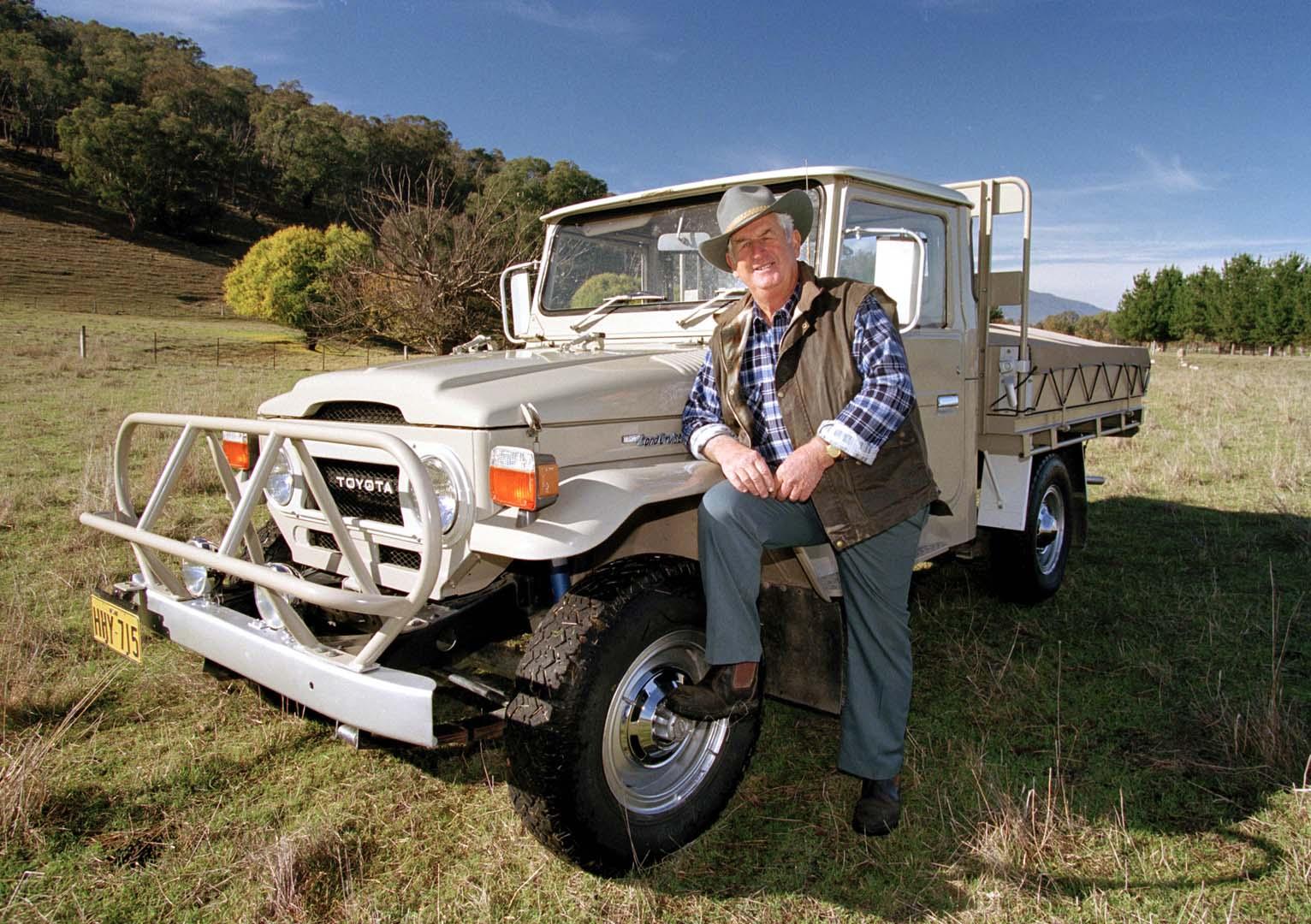 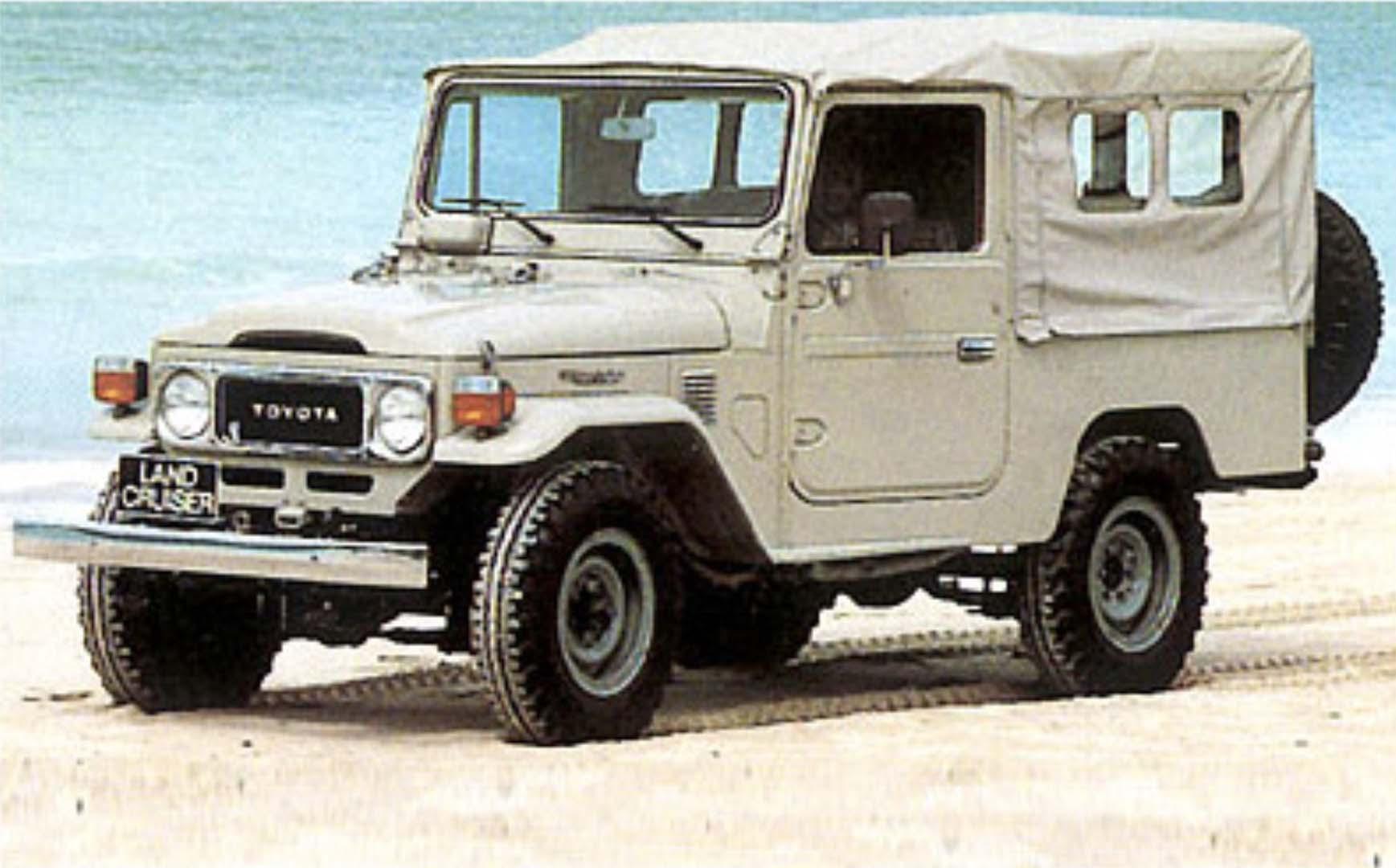 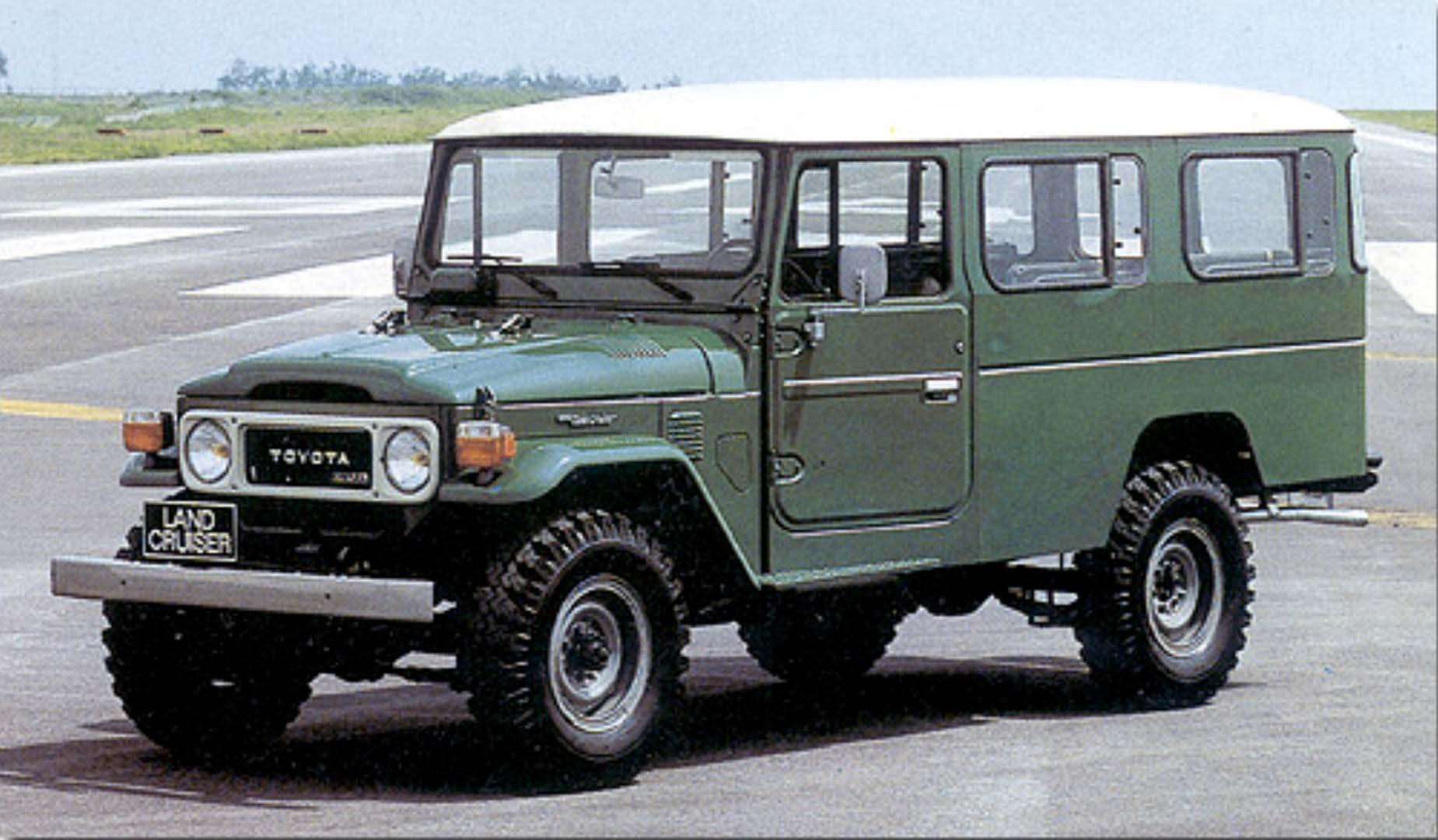 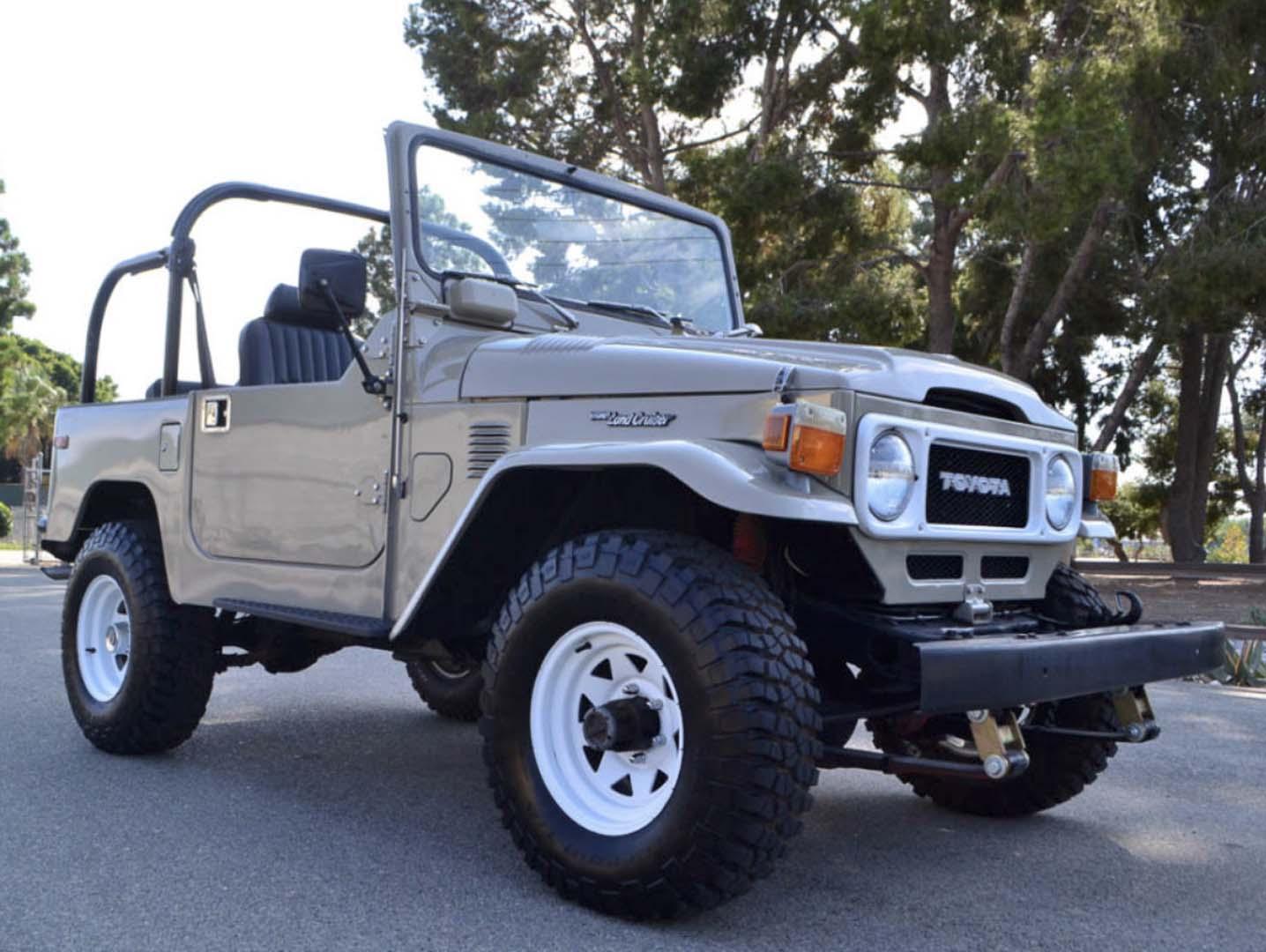 Nissan got two-year jump on Toyota with its coil spring wagon when it launched the GQ Patrol, as the coil-spring 80 Series wouldn’t arrive in Australia until 1990.

The GQ wagon had a three-link live-axle coil spring arrangement up front and, a five-link design at the rear. Sway bars were fitted at both ends and some models featured rear sway bar disconnects for increased wheel travel in off-road situations. The long-travel coil spring suspension offered a blend of on-road ride comfort and off-road performance that simply could not be matched by leaf-spring vehicles of the time. While the cab-chassis variants were initially offered with a leaf-spring rear-end, a coil-cab was later added to the line-up in 1994.

At launch the Patrol was offered with a 4.2-litre OHV petrol six (125kW/325Nm) or a 4.2-litre OHV TD42 diesel six (85kW/264Nm). Both engines were mated to a five-speed manual or a four-speed auto transmission, and power was directed through a two-speed transfer case and part-time 4WD system.

The 3.0-litre RB30 petrol six (100kW/224Nm) was added in 1990 and when the GQ Series 2 was launched in 1992 the 4.2-litre petrol engine received EFI. In 1995 the budget-priced RD28T 2.8-litre turbo-diesel six-cylinder engine was added to the line-up, and this engine was mated to a lighter five-speed manual transmission. For bush tourers, the simple naturally aspirated TD42 diesel was always the pick of the range, and this variant is still popular with recreational four-wheel drivers. 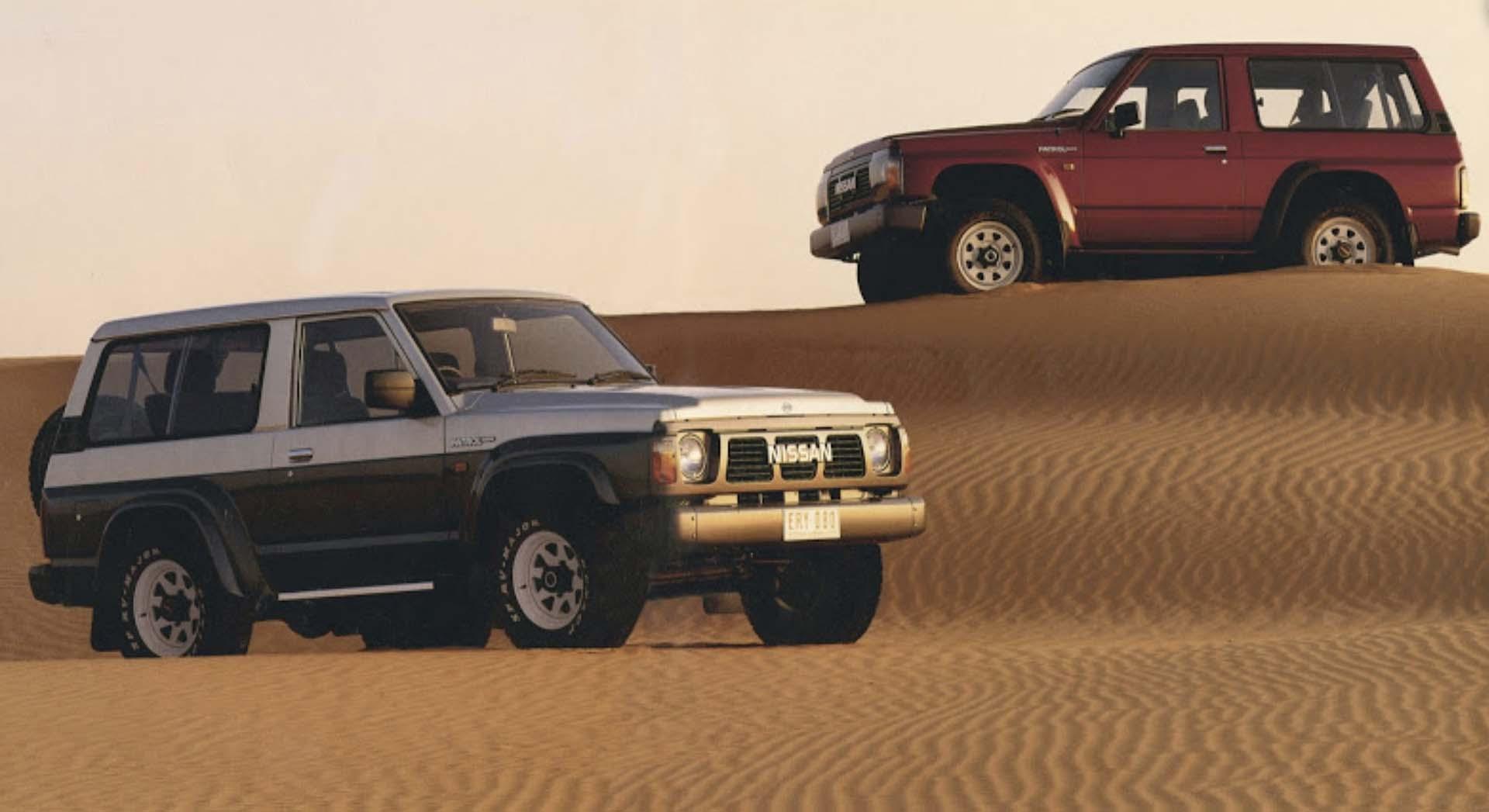 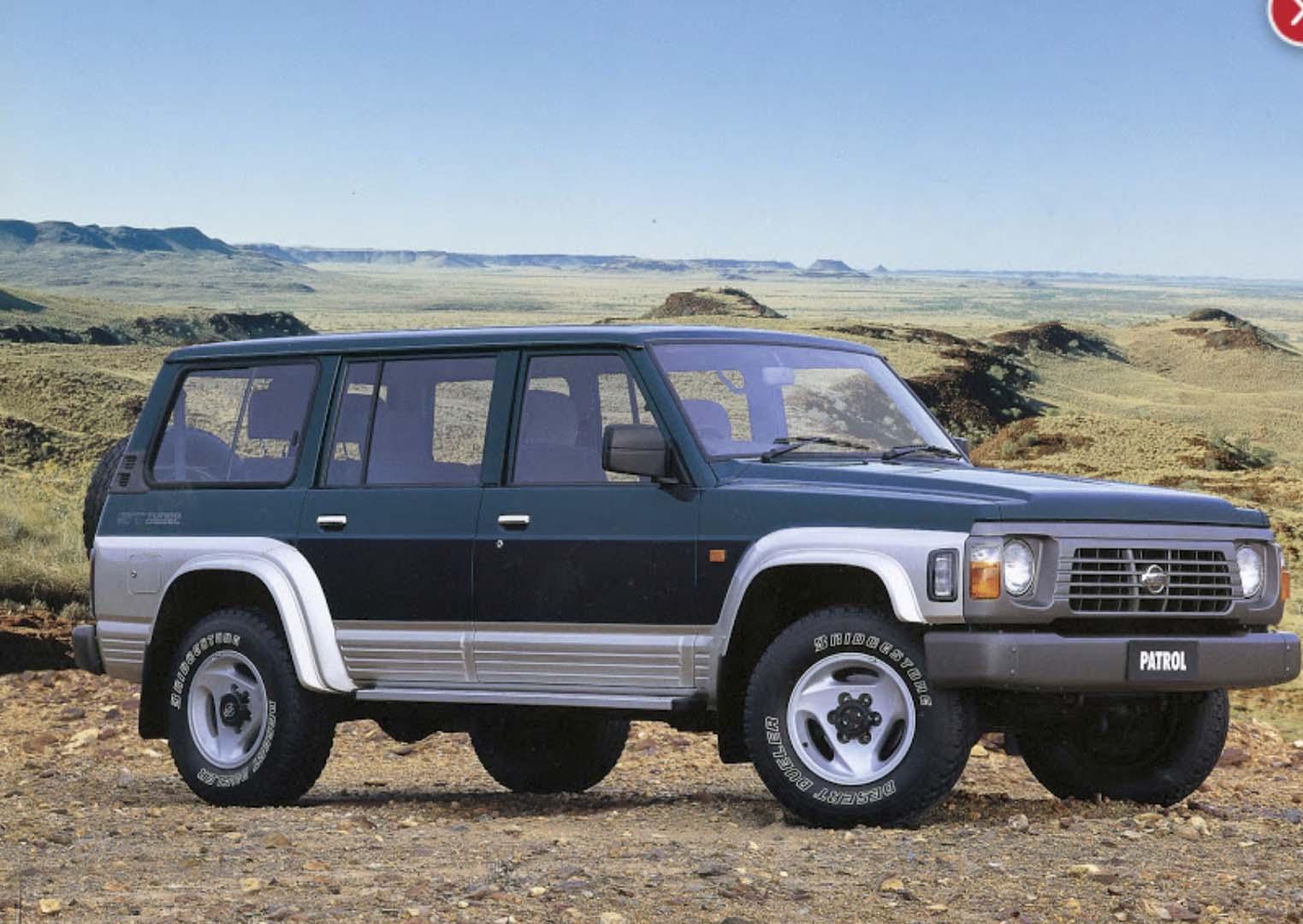 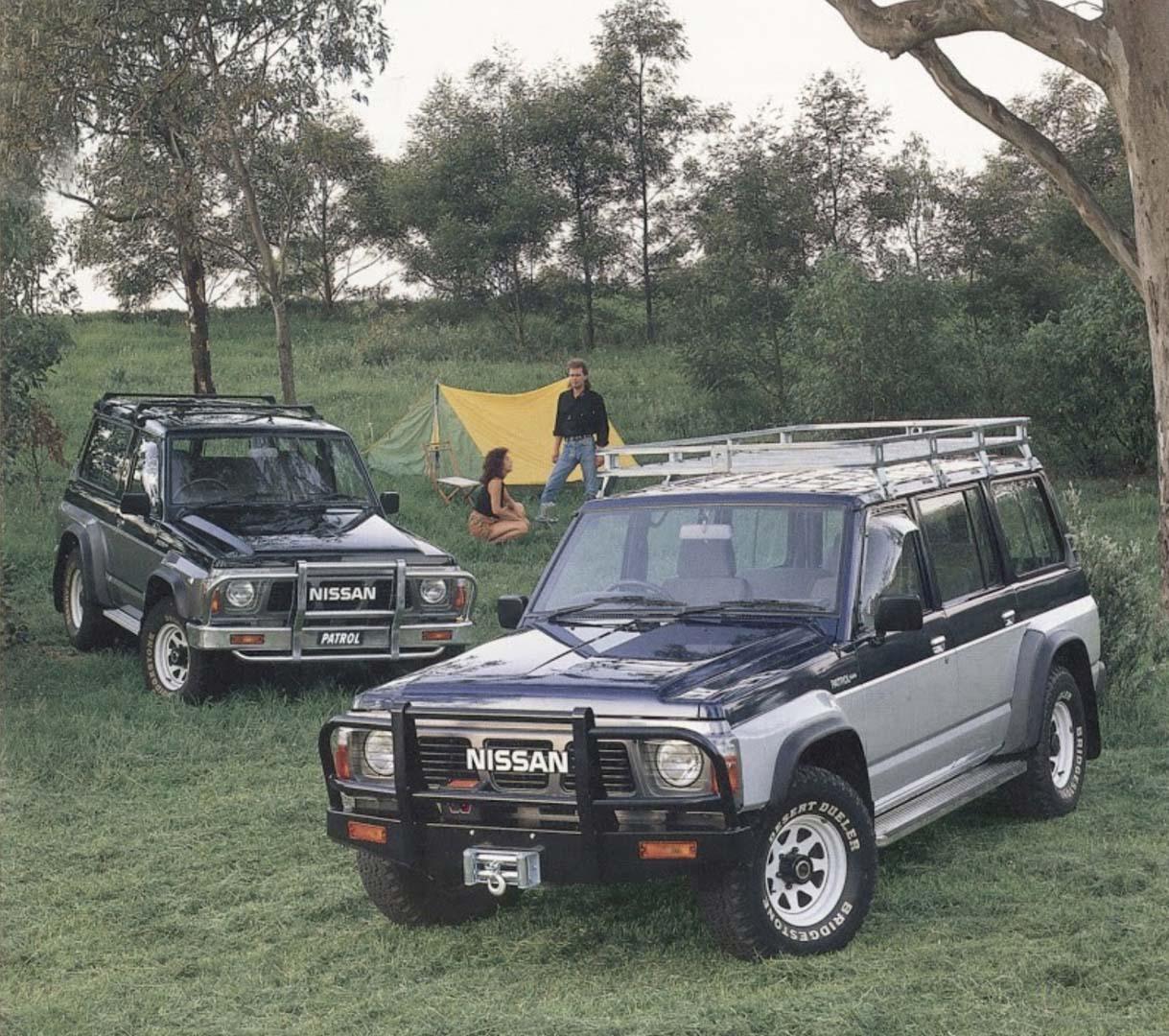 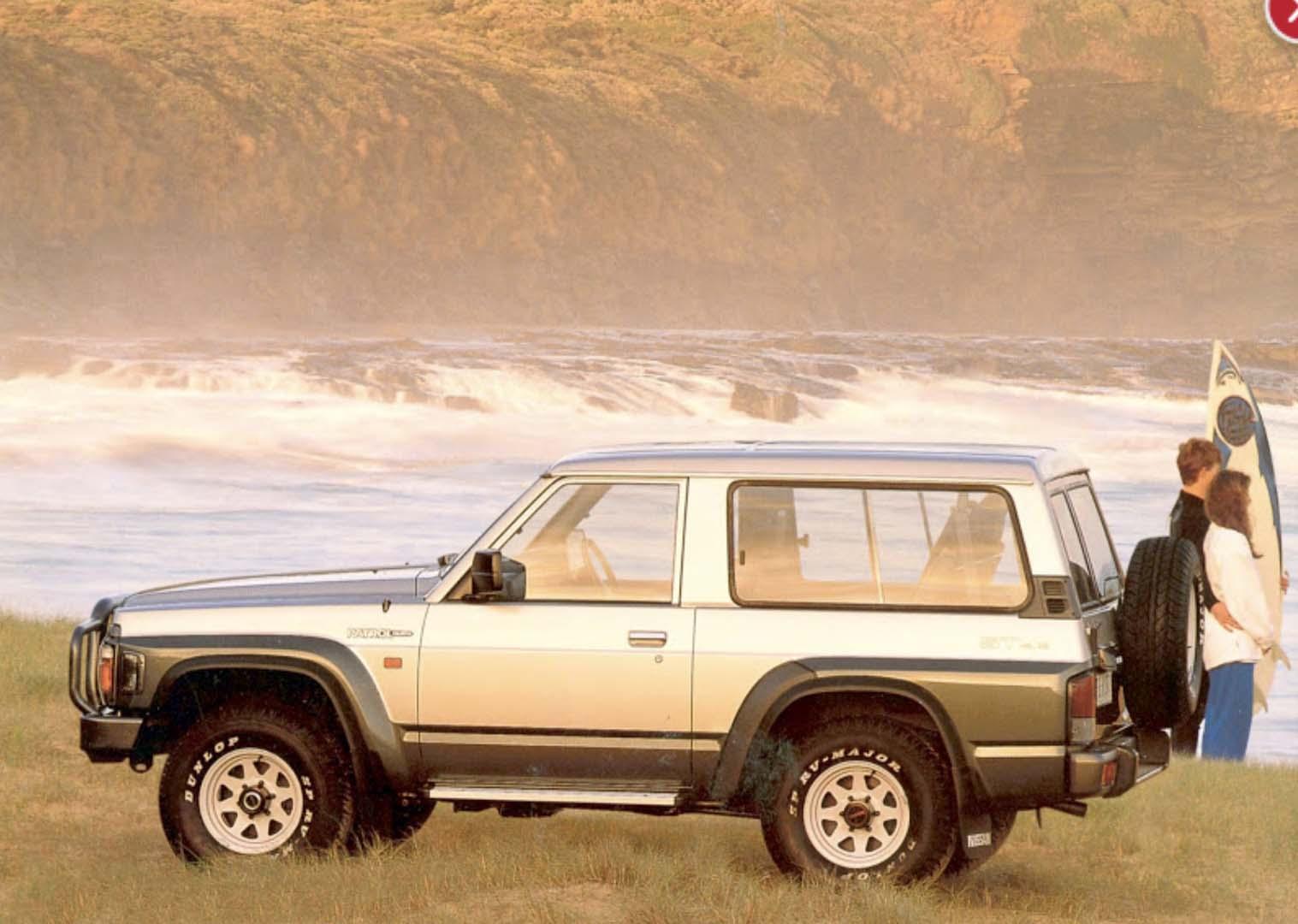 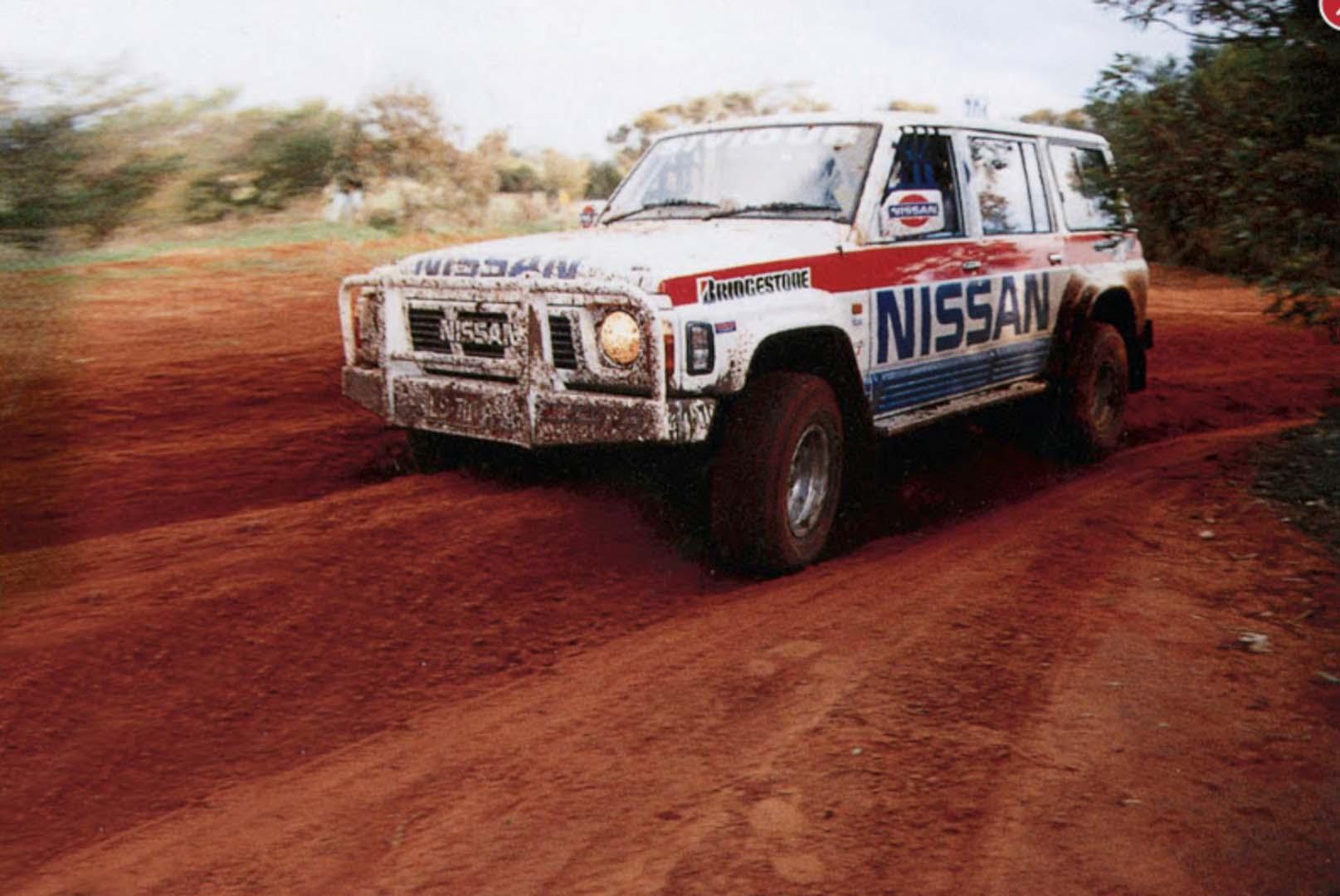 There’s no doubt that the Toyota HiLux has had a huge impact on the Australian recreational 4x4 scene. Not only has the HiLux been the best-selling 4x4 ute on the market for as long as anyone can remember, but the HiLux nameplate has even topped the Australian new car market overall.

While the first HiLux was born in the late 1960s, it wasn’t until the third-generation that ran from 1978 to 1983 that a 4x4 drivetrain was introduced. In fact, that first HiLux 4x4 used the driveline and gearbox from the 40 Series LandCruiser. This model was also the first time a HiLux was offered with a diesel engine, which was the 2.2-litre four-cylinder L-series oiler.

While the HiLux has always been aimed at big industry, farmers and tradies, it was also one of the first 4x4 utes to appeal to recreational four-wheel drivers who appreciated its off-road capability, versatility, economy, legendary reliability and unrivalled service and parts back-up. Over the years Toyota has fostered the growth of the recreational ute market by offering high-end features on some models like carpet, power windows and alloy wheels, along with V6 petrol and various diesel engine choices, and manual or auto transmissions. Of course, it also still offered bare-bones variants for industry, with vinyl trim and split-rim steelies.

Today the HiLux faces stiff competition from the likes of the Ford Ranger and the many other top-notch 4x4 utes that inhabit the marketplace, and Toyota is working hard to stay on at the top of the pack, introducing new models like the Rogue, Rugged and Rugged X, and giving the existing line-up a recent facelift.

While the HiLux can’t claim all the credit for the popularity of 4x4 utes as the new standard in recreational four-wheel driving, it’s certainly played a bigger part than any other vehicle. 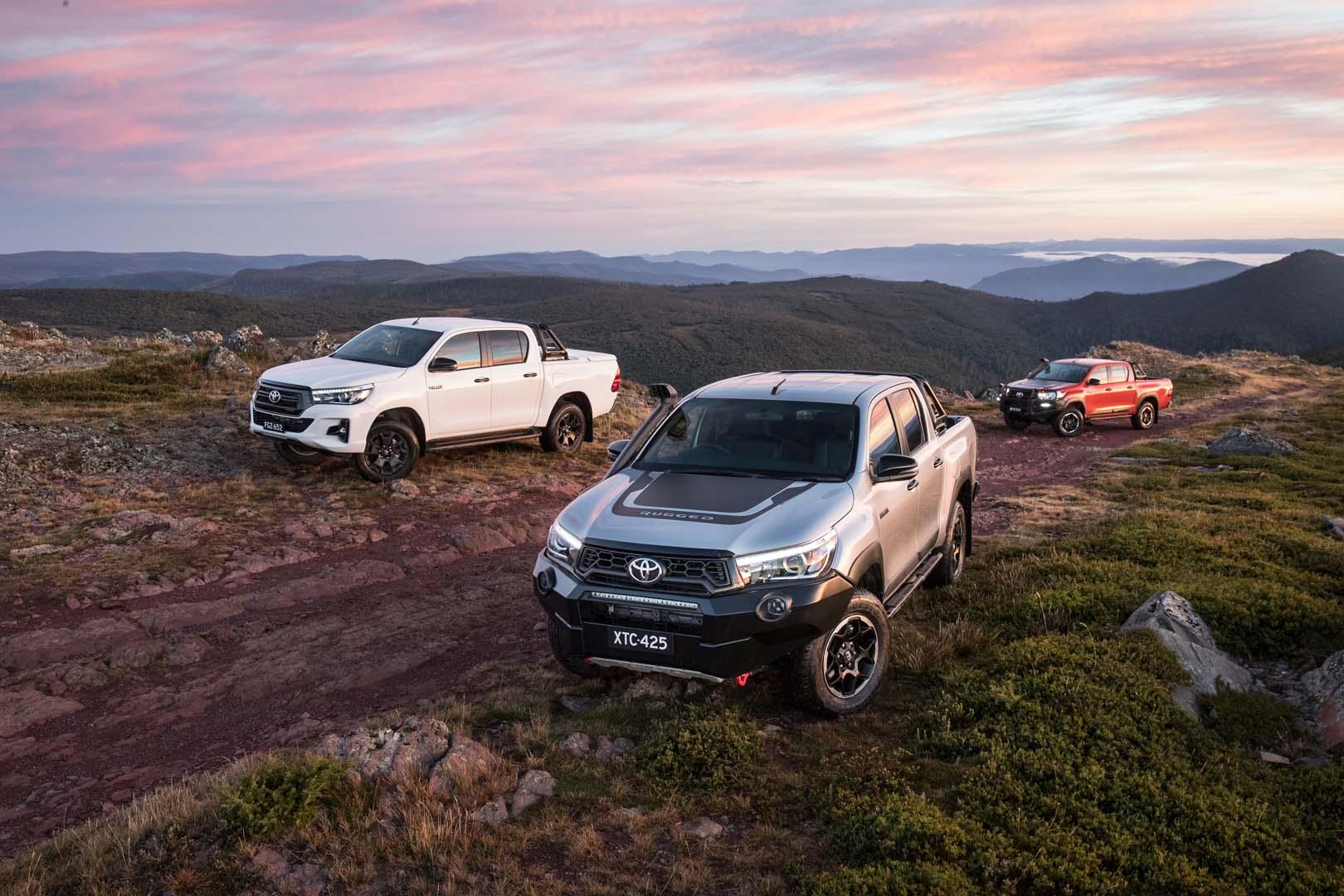 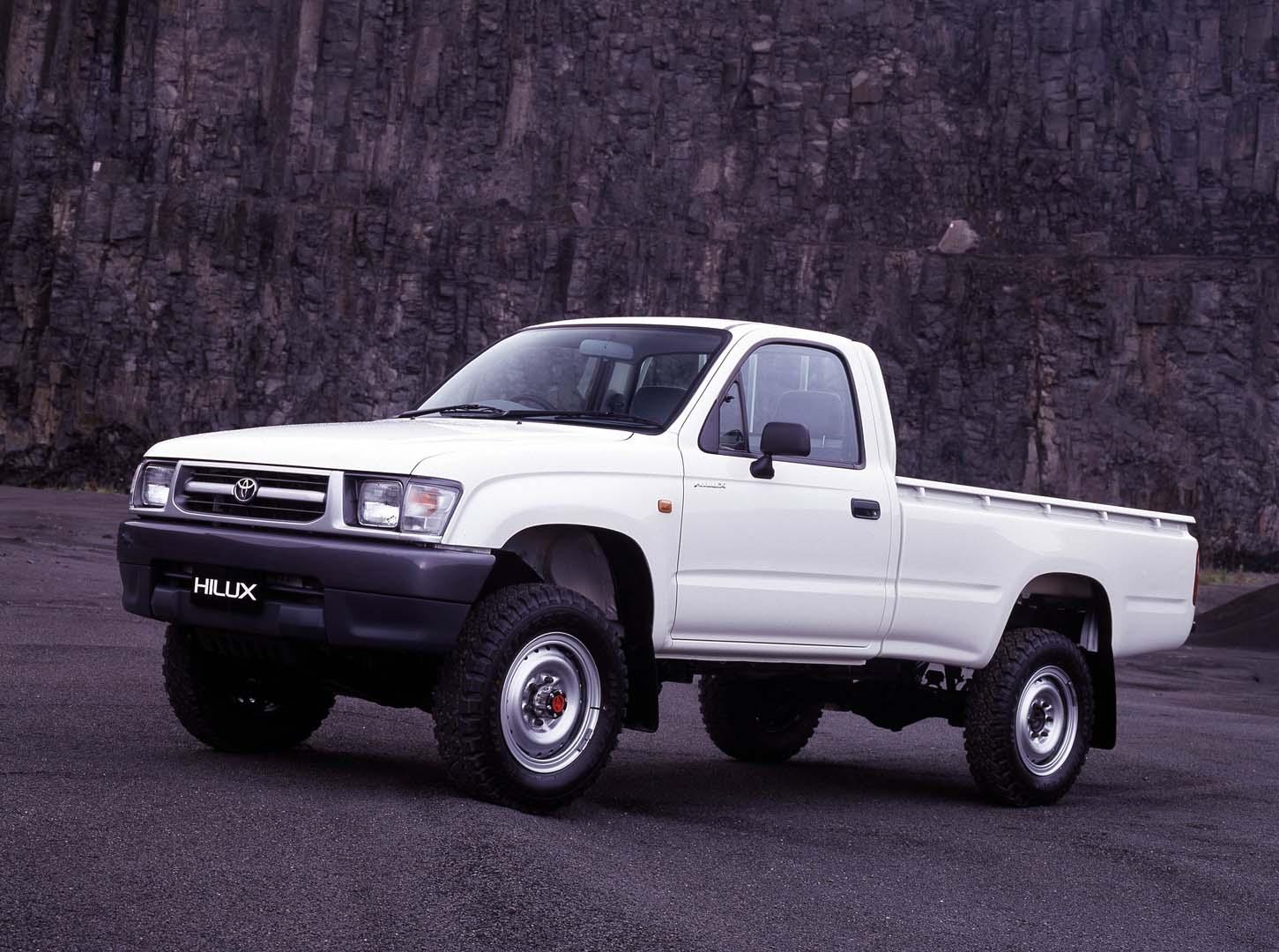 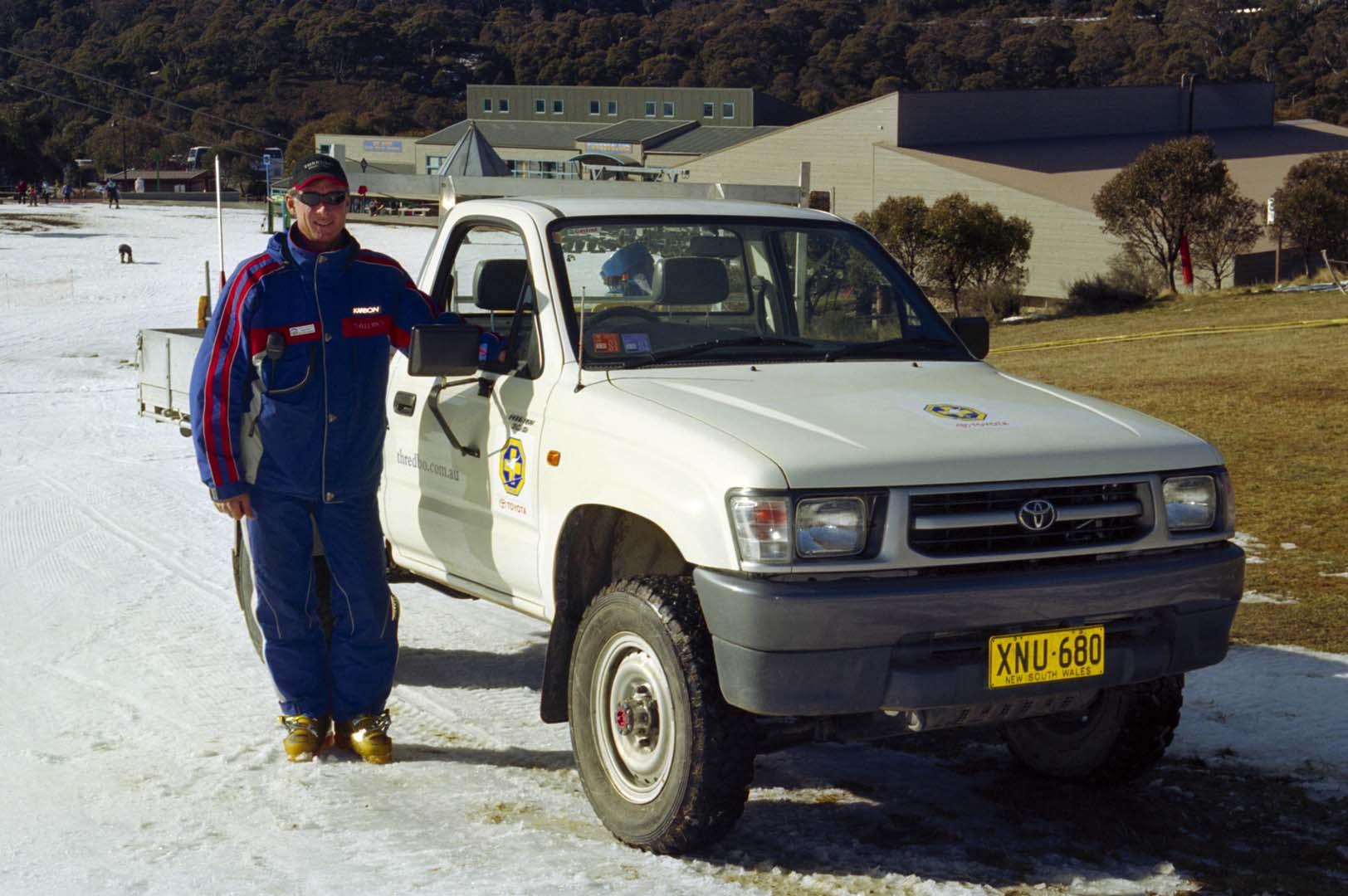 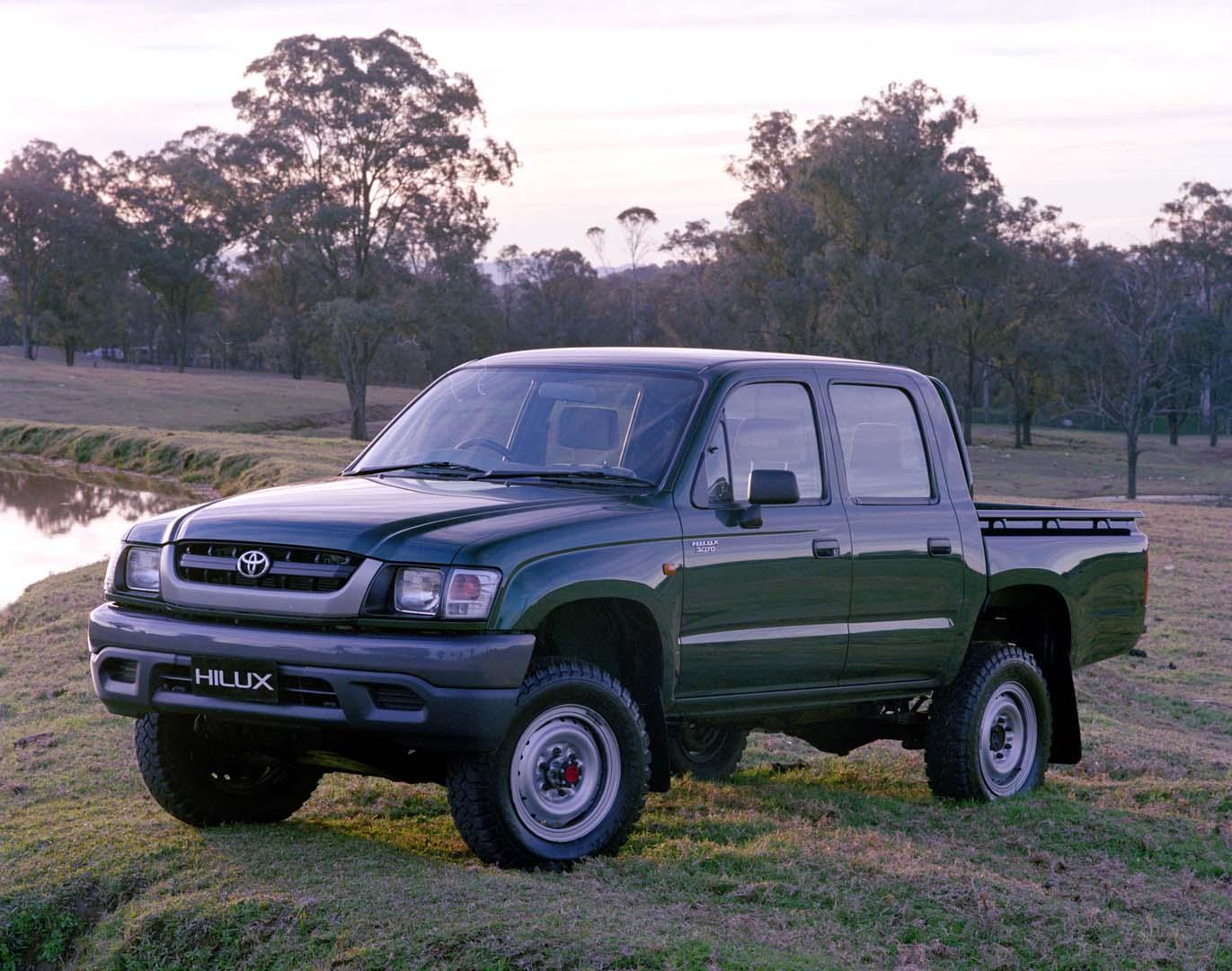 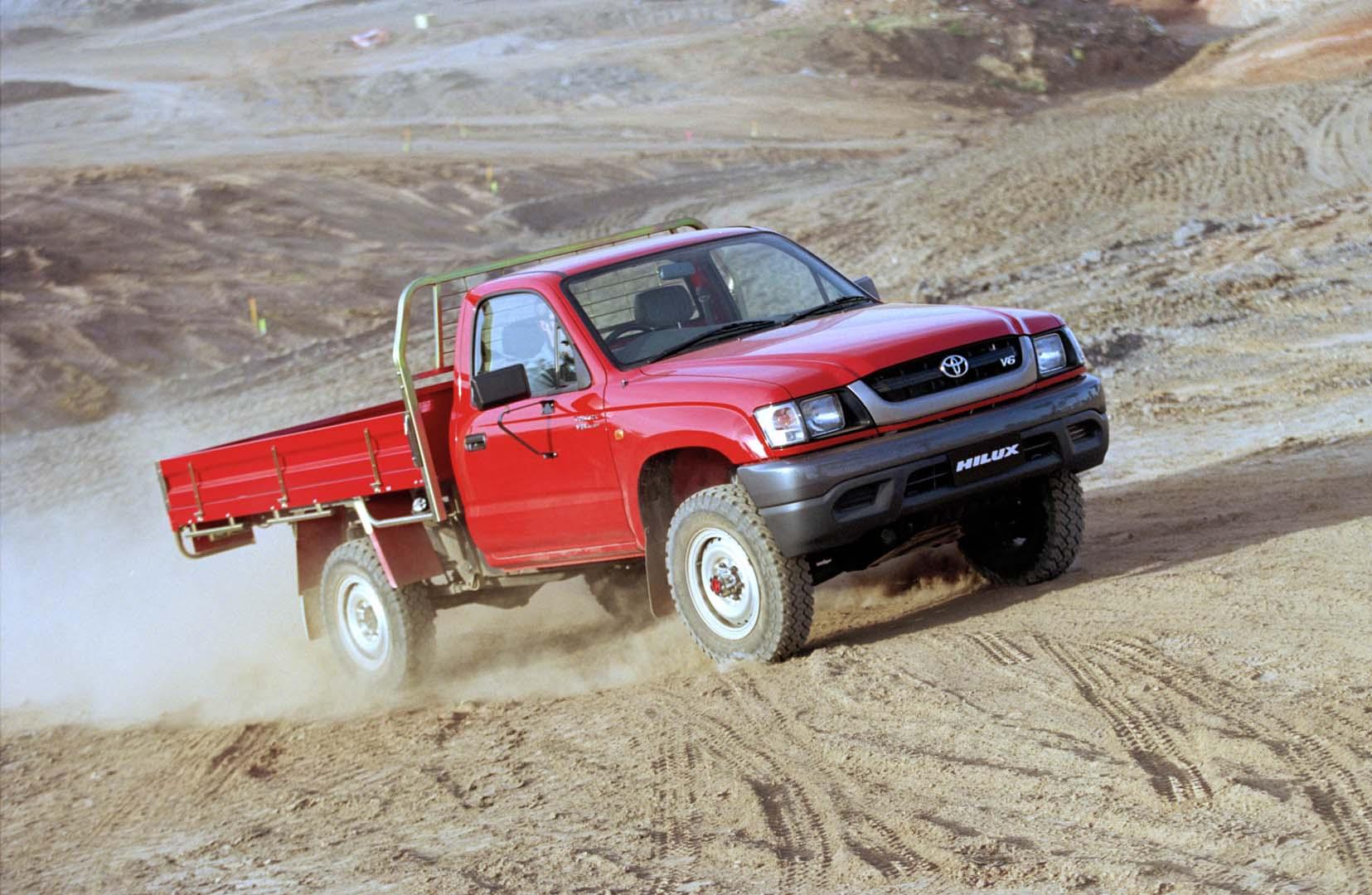 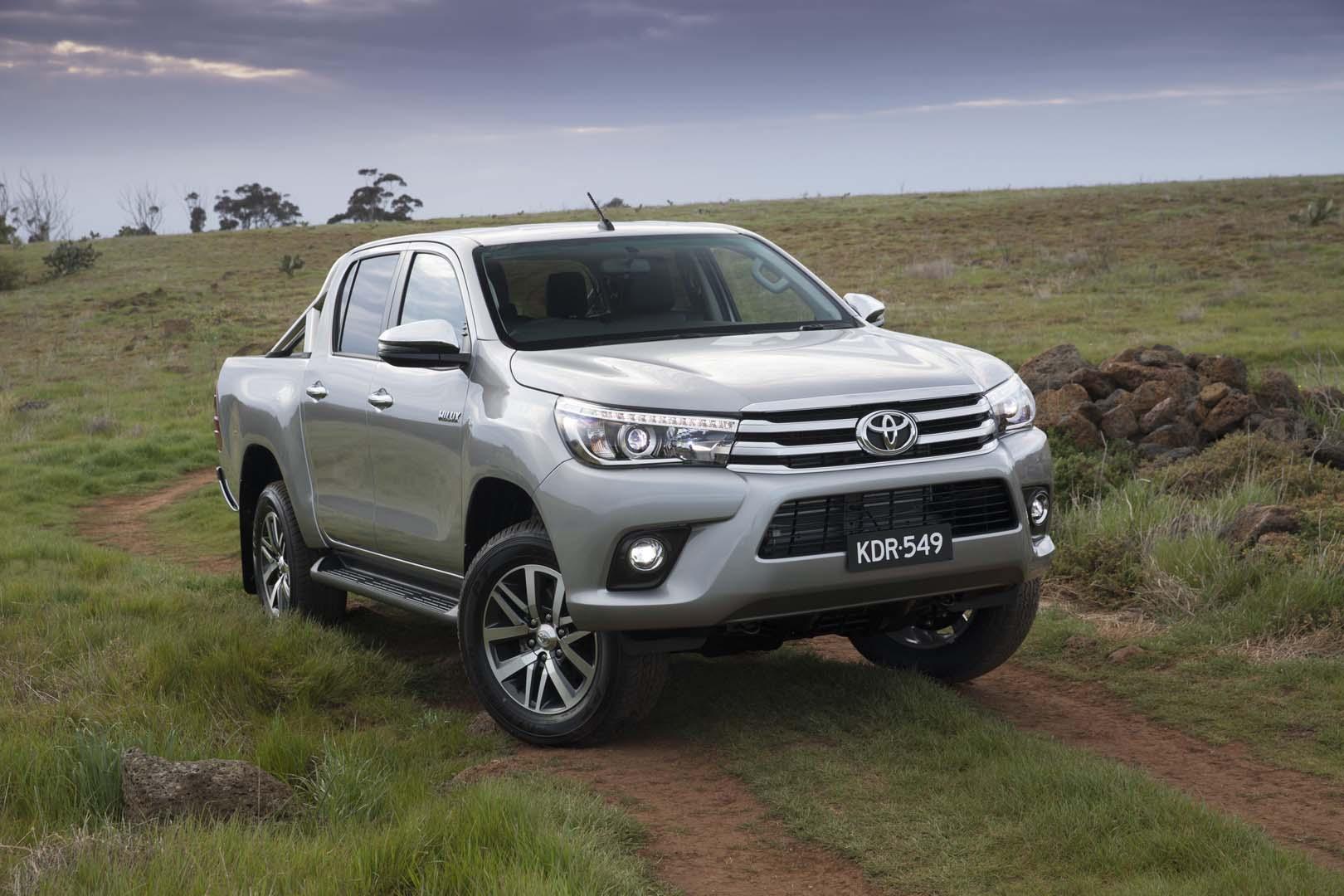