As modern 4x4s become more complex, many have lost the attributes that make for a decent bush wagon. While there are still a couple of new 4×4 wagons that make the grade, to complete our list of five we’ve also had to look at the secondhand market, too.

Words and photos via PracticalMotoring.com.au 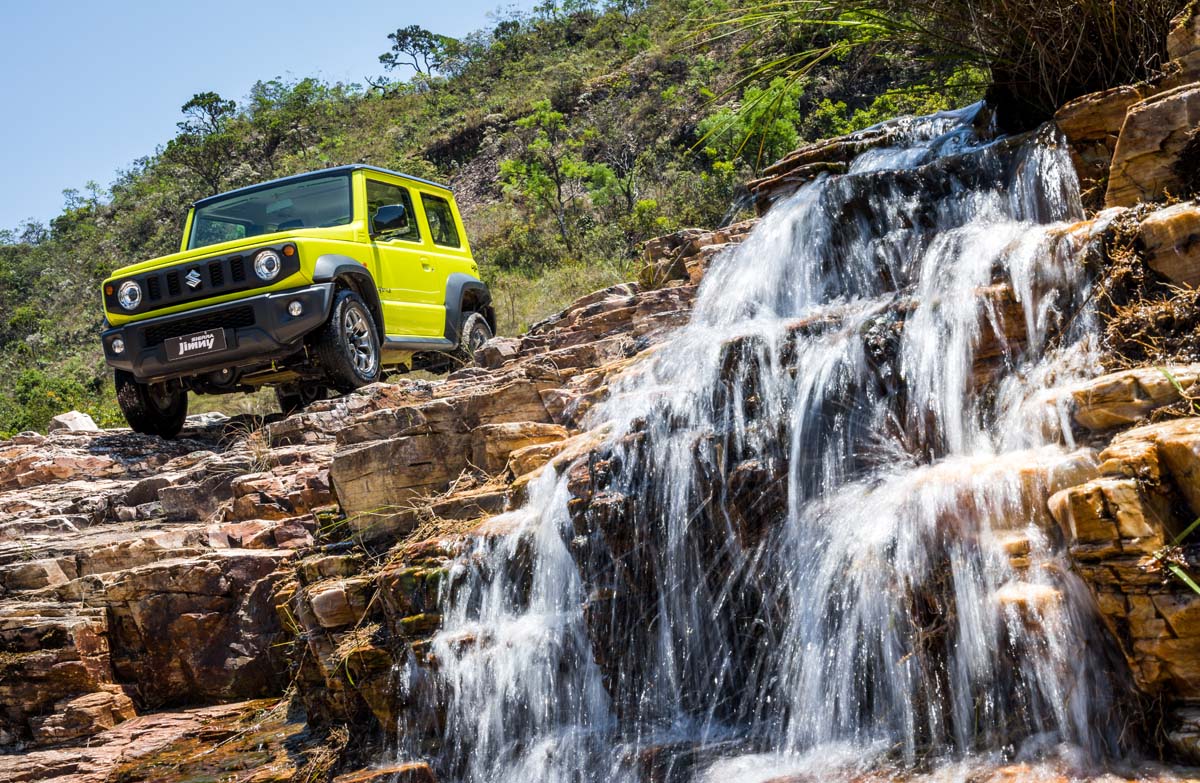 The latest Jimny is the continuation of the classic line of small off-roaders which have built Suzuki its well-deserved reputation for dependable capability since 1970. There’s the separate chassis (something really only seen in utes and larger pick-ups these days), as well as live axles front and rear, an actual transfer case lever, a manual transmission option and a part-time 4×4 system. Many of these features are unusual in 2021, but the combination is almost unique, except for the venerable Toyota LC70, which has a leaf-sprung rear end compared to the Suzuki’s coils. Even the Jeep Wrangler JL, the benchmark of off-road ability, hasn’t offered a manual transmission – in locally released models – since 2011. And on the Jimny’s transfer case lever, most other off-roaders have moved to full-time 4x4 with push-button range selection.

There’s no clever centre clutch, no torque-biased front and rear, just a basic part-time 4WD system. The two gearbox options are a five-speed manual and four-speed automatic - the manual is easy to shift, but the auto is easier to drive, particularly at very low speed uphill, given off-idle torque isn’t the top strength of the Jimny. 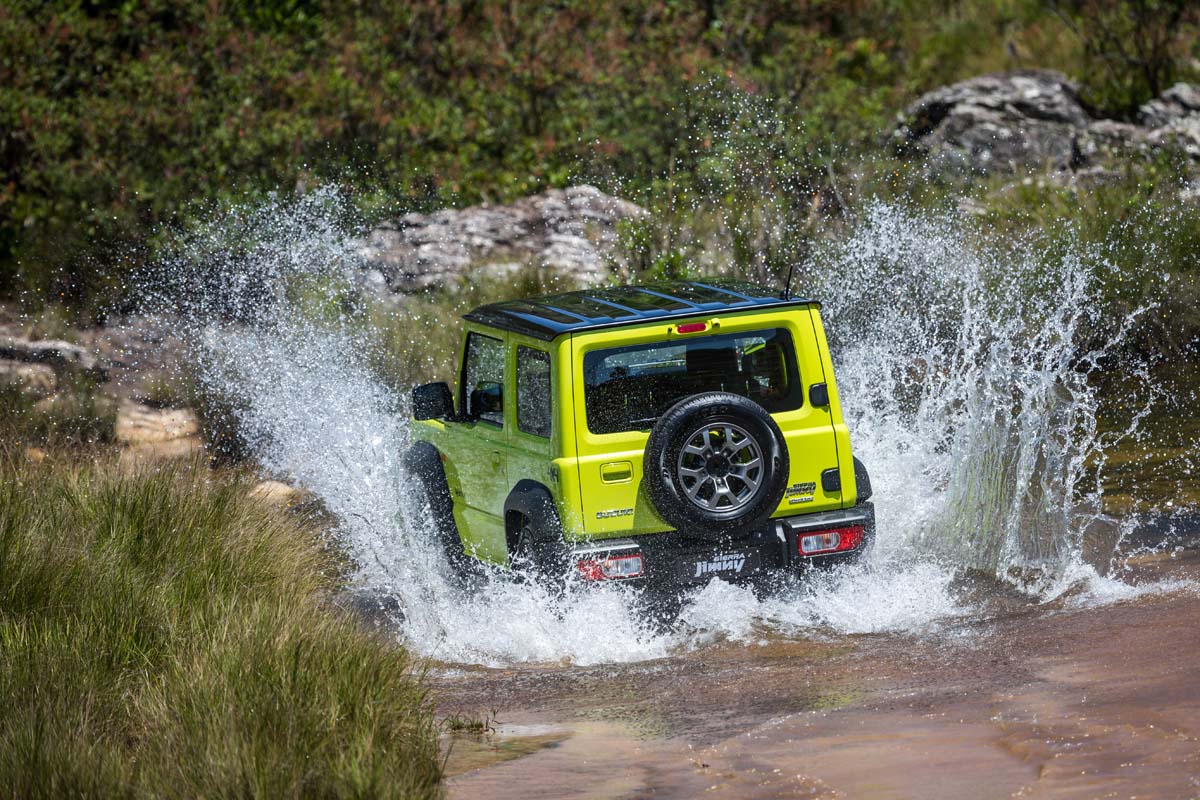 The big feature with the Jimny is that it is tiny: the tare weight just 1075kg, payload 360kg and the GVM (Gross Vehicle Mass) a mere 1435kg. But it’s shorter and narrower than both the Toyota Yaris and Hyundai Accent, so you’re not going to get a whole lot of interior room. Even if you remove the rear seats, there’s less space in the back than you’d find in something like a Prado. But that’s what the Jimny is - you can’t have small-car advantage without small-car disadvantage. 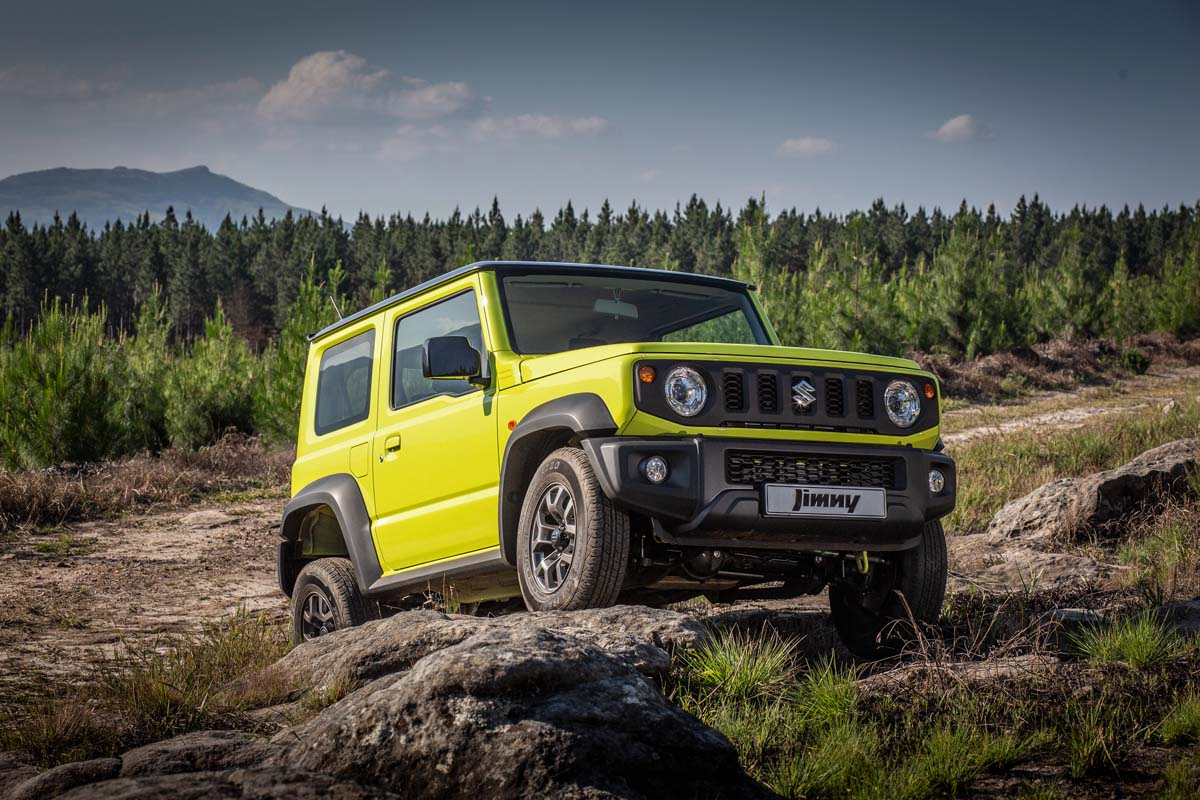 Where it counts, the Jimny is by far the most fun off-roader there is on the market, now and into the foreseeable future. It has a level of feedback and involvement you just don’t get from larger, more complex vehicles, and therefore you get the satisfaction and thrill of driving achievement. 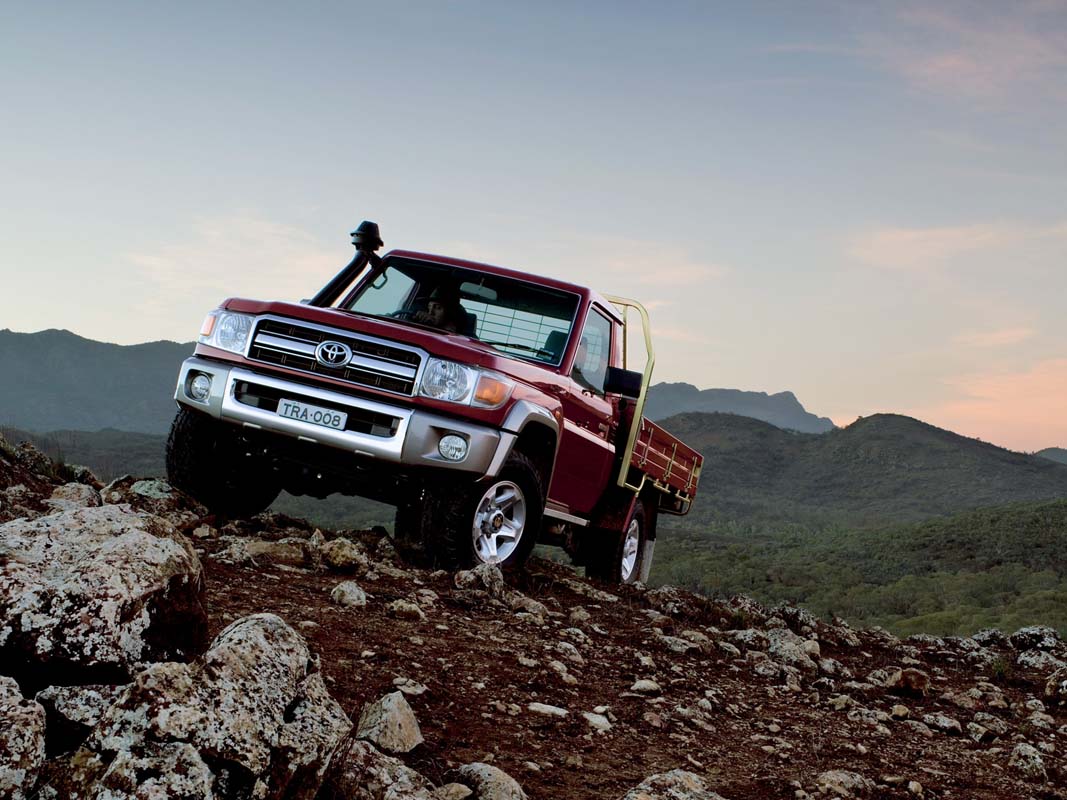 The LandCruiser 70 Series is our number-one pick as a bush wagon, thanks to its inherent simplicity, off-road capability and unequalled parts and service back up.

The LC70 was launched way back in 1984 but it has been significantly upgraded over the years. There are currently two options for those after a wagon: the 76 Wagon and the 78 TroopCarrier. Both models feature a tough separate chassis and live-axles at each end, with coils up front and leaf springs at the rear.

While the Troopie has been around for decades, the 76 Wagon wasn’t launched in Australia until 2007. Both are these days powered by a 4.5-litre turbo-diesel V8 that makes a claimed 151kW and 430Nm from a low 1200rpm. The only transmission option is a five-speed manual and the LC70 runs a part-time 4×4 system with two-speed transfer case. 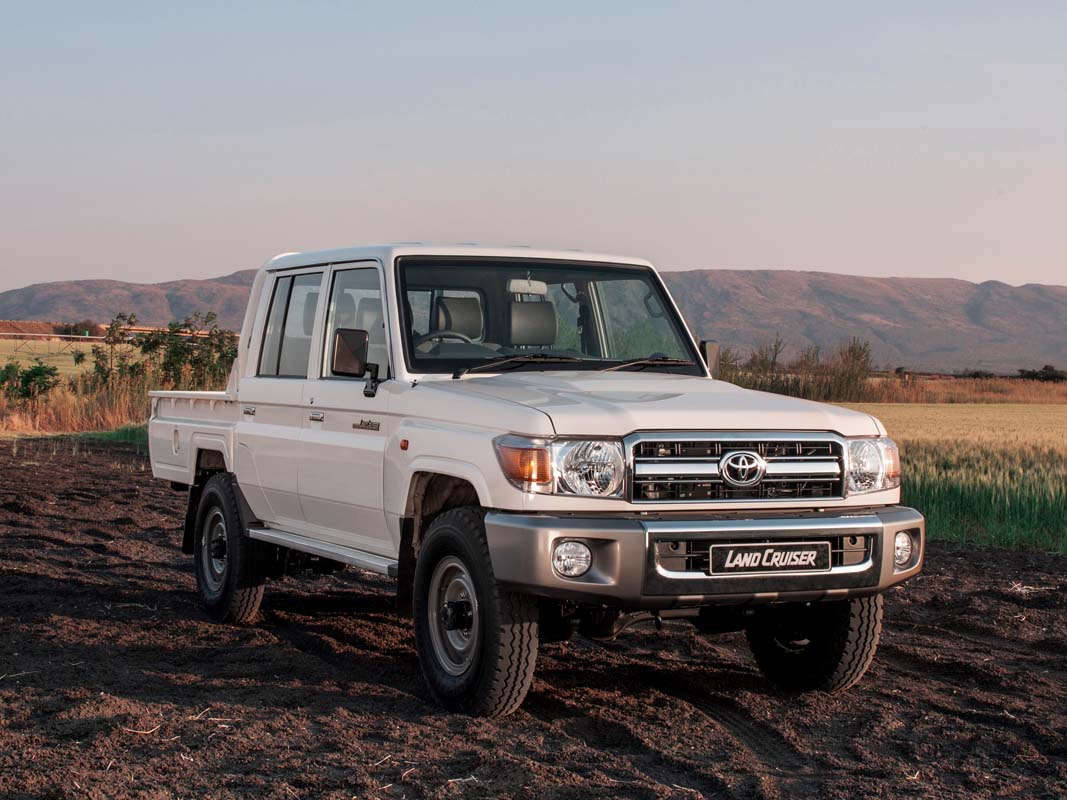 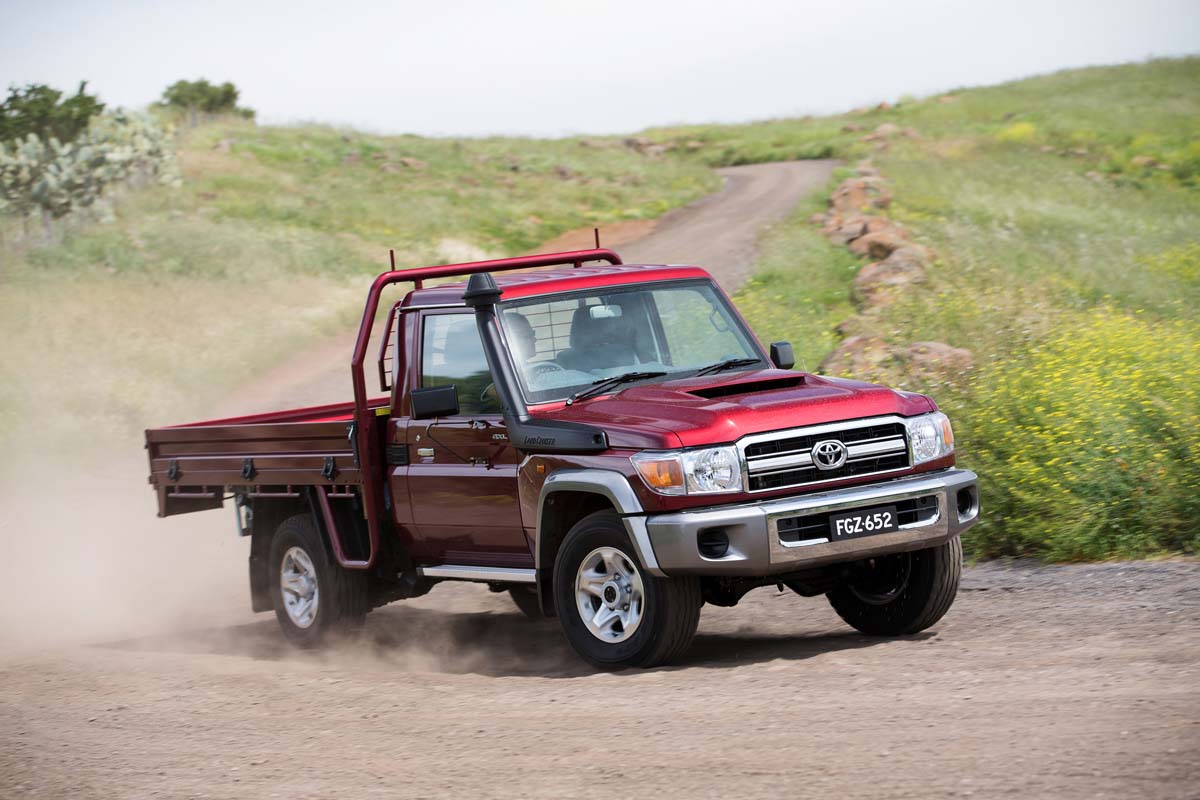 When it comes to touring comfort, the LC70 is pretty basic. Workmate variants have vinyl floors and seats, while GXLs score cloth seats and carpet. Even air conditioning was only recently made standard. A revision of the transmission ratios in 2016 resulted in more relaxed highway touring, thanks to a taller fifth gear, and all LC70s nowadays are equipped with ABS, EBD, brake assist, vehicle stability control (VSC), active traction control (A-TRC) and hill-start assist control (HAC). 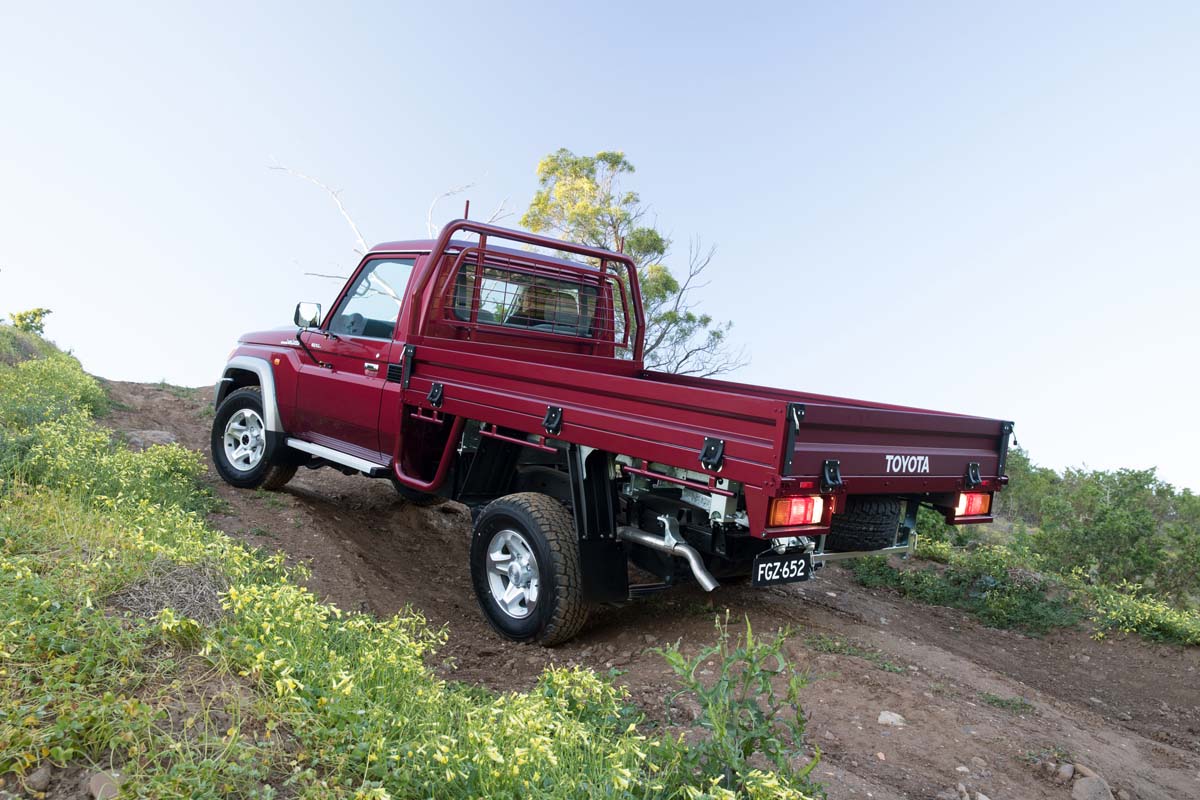 The 76 Wagon has a decent-size 130L fuel tank, while the Troopie GXL scores two 90L fuel tanks for one of the best touring ranges on the market. The Troopie offers way more cargo space than the Wagon, but only two doors, so can be a less practical option for those travelling with kids. 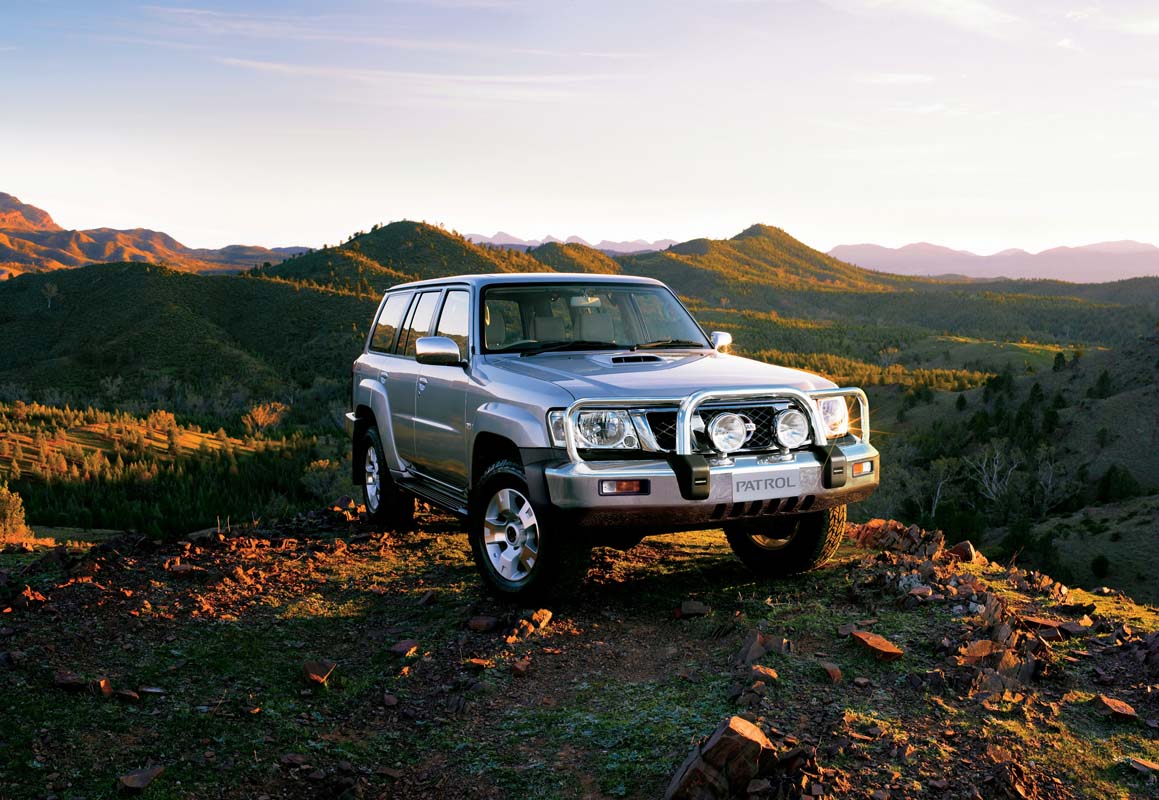 Nissan retired the GU (Y61) Patrol in 2016, much to the disappointment of those who had come to love its combination of simplicity, strength and off-road capability, which made it an ideal candidate as a bush rig.

The GU Patrol was launched in 1997 with essentially the same separate chassis and suspension as its GQ predecessor, with live axles front and rear, and coil springs.

The last of the GU series was powered by the ZD30 3.0-litre four-cylinder common-rail turbo-diesel engine that made a claimed 118kW and 354Nm of torque from 2000-2400rpm. This engine has a chequered history, but for those after a reliable bush-rig, the earlier TD42T mechanically injected six-cylinder turbo-diesel engine is a much better bet. From 2003, the TD42T was equipped with an intercooler and it developed a claimed 114kW/360Nm; hardly impressive output by today’s standards but with this engine reliability and simplicity are the name of the game. 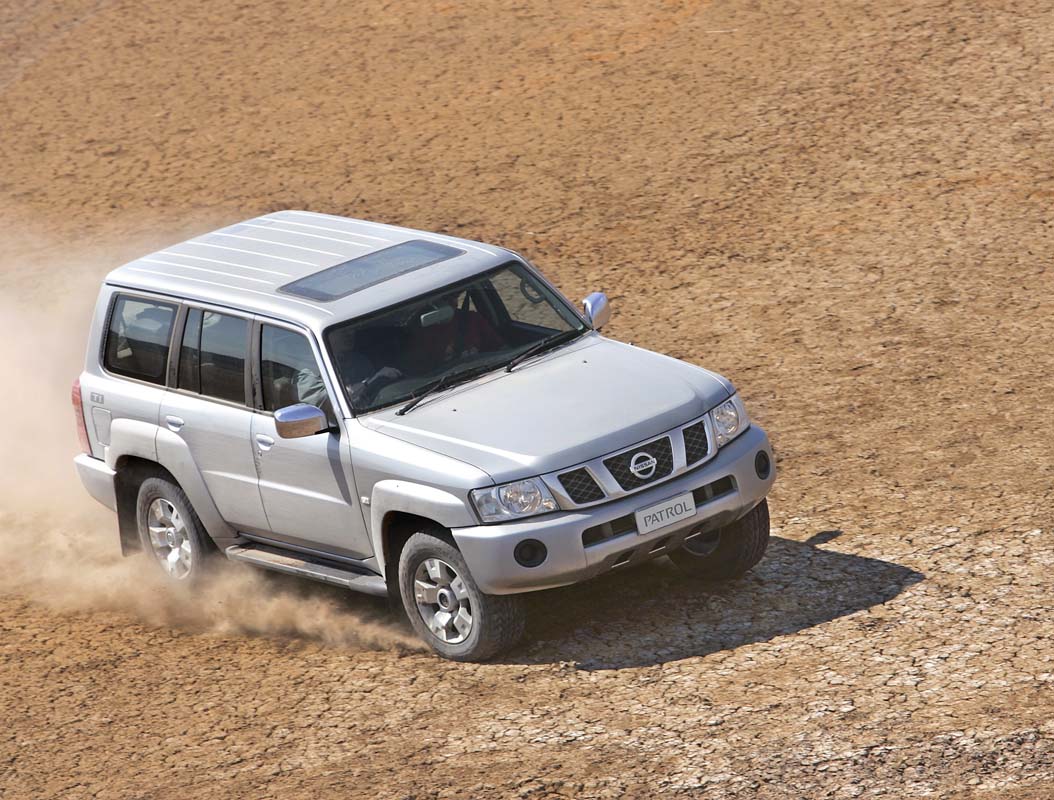 If you can make do with 91kW and 272Nm, the naturally aspirated version of the TD42 diesel is also a good option, and there are several aftermarket turbo and intercooler kits to suit it. Both the TD42 and TD42T were retired in 2006, so finding low-mileage examples is no easy task, but if they’ve been properly maintained this shouldn’t present a problem.

The Patrol has a part-time 4×4 system with two-speed transfer case and manually locking hubs on DX models and auto-locking hubs on ST models. It offers plenty of ground clearance, excellent axle articulation, and is well suited to the demands of off-road driving. Having been on the market for an impressive 19 years, there are lots of aftermarket accessories to suit the GU Patrol. 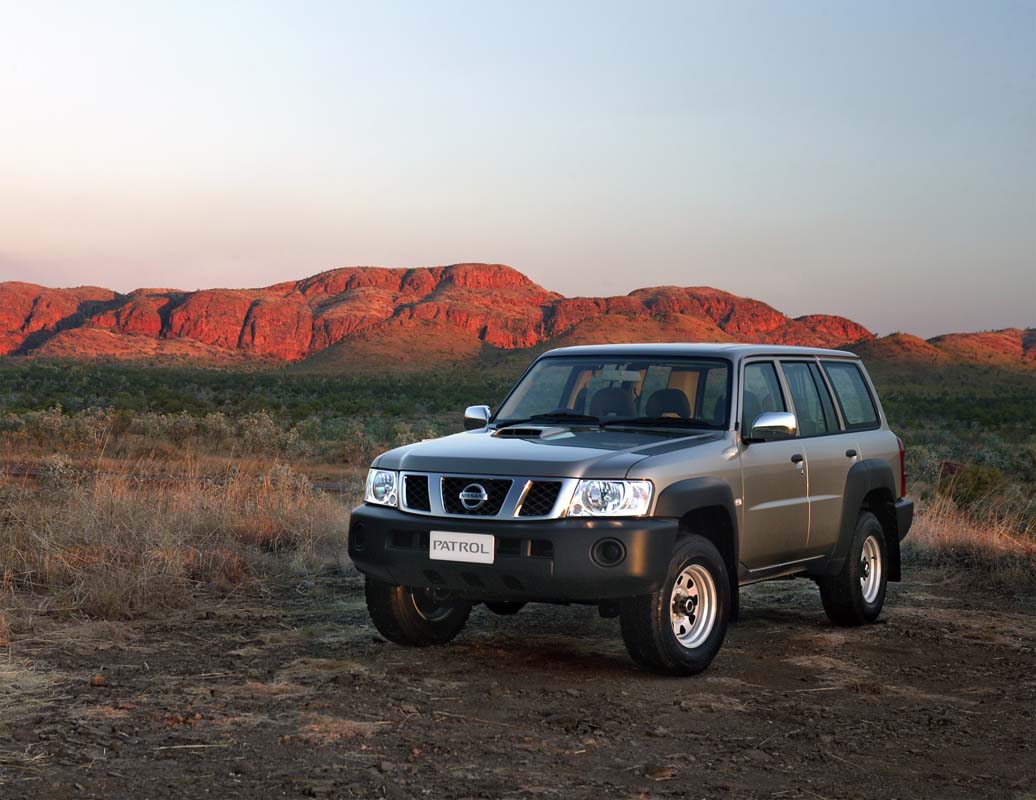 The interior of the Patrol offers good space and comfort, but equipment levels depend on model grade. The DX was all vinyl and cloth, while the ST offered velour, carpet and power windows.

While it can’t quite match Toyota for servicing and parts back up, Nissan still has a good presence in rural and remote areas. And as many parts are the same as those used in the older GQ Patrol, which was launched way back in 1987, you should have no problems sourcing bits and pieces if you get into strife in remote areas. 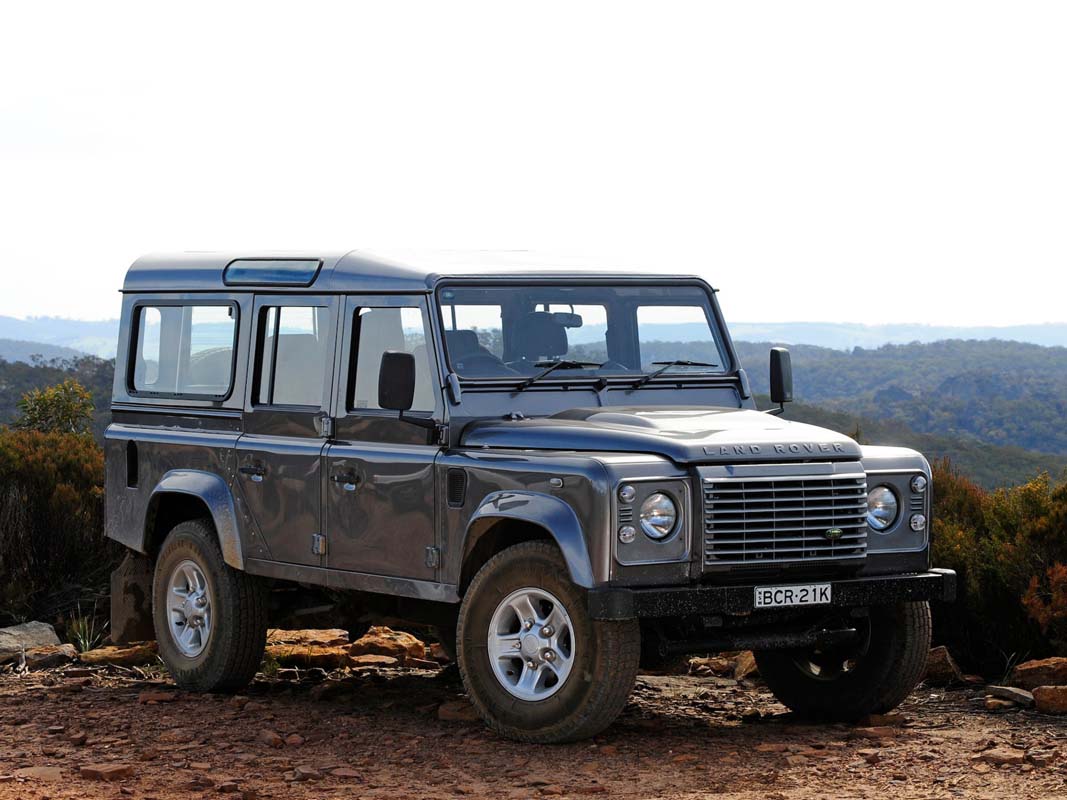 With the new Defender ranging in price from the high $70K mark to an eye-watering $200K plus for V8-equipped variants, it makes its immediate predecessor a much more affordable option.

When the previous generation Defender was new, prices hovered around the $50K mark, but since that model was discontinued in 2016 (much to the disappointment of enthusiasts the world over) they’ve actually increased in value, with $70K, $80K and $90K asking prices common for later examples. To get something around or under the $30K mark, you’ll need to go back to the early ’00s or late ’90s.

Many of the later Defenders have been kitted out for travelling, with bullbars, roof racks, spotlights, snorkels, etc., so the prices being asked reflect the cost of the gear added, rather than the vehicle itself.

There are also the ‘Toorak Tractors’ that have never encountered anything more challenging than a gravel driveway, but command similar premiums for their unblemished condition.

This tough as guts Defender is the perfect example of form follows function, with a tough separate chassis and aluminium body, live axles and long travel coil springs all-round. There have been several diesel engines used in Defenders over the years, always mated to a manual transmission with a full-time 4×4 system, lockable centre diff and two-speed transfer case. 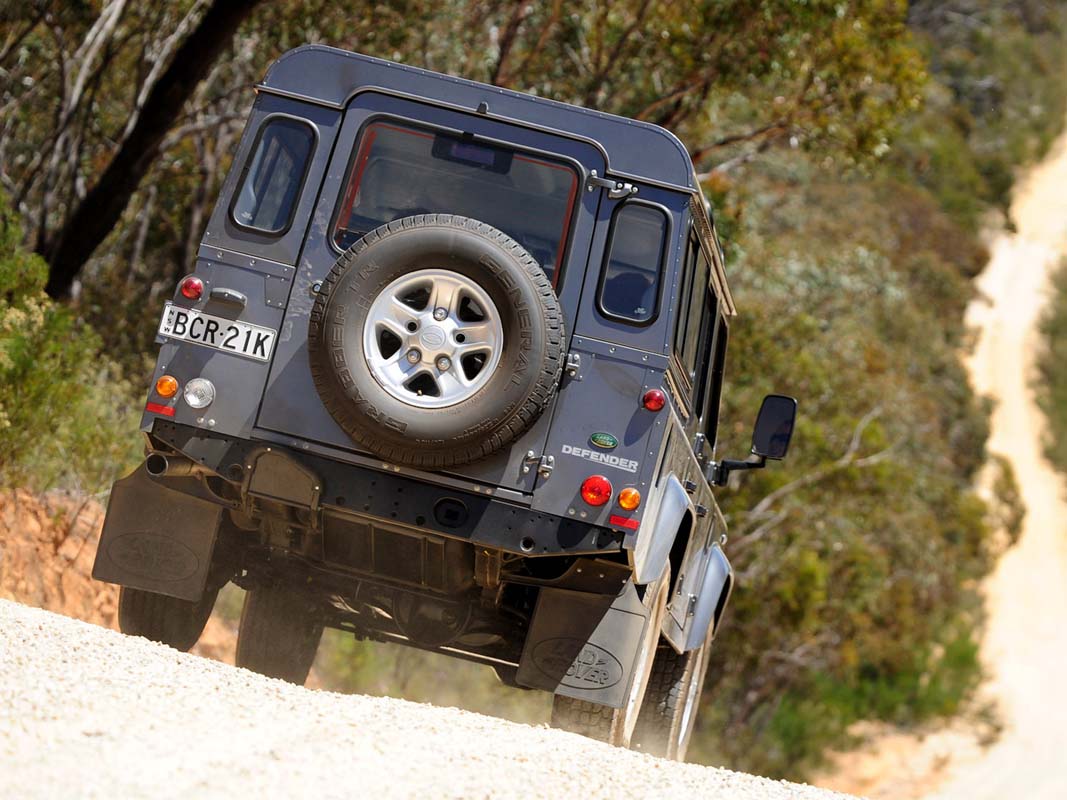 Over the years, the Defender also scored technology upgrades, including the introduction of electronic traction control in 2000, and a redesigned interior with more effective air conditioning in 2007. Nevertheless, all Defenders have a narrow cabin and cramped driving position, but for those who can live with these compromises, the 110 is a great long-distance tourer; it offers a good payload capacity and a cavernous cargo area. 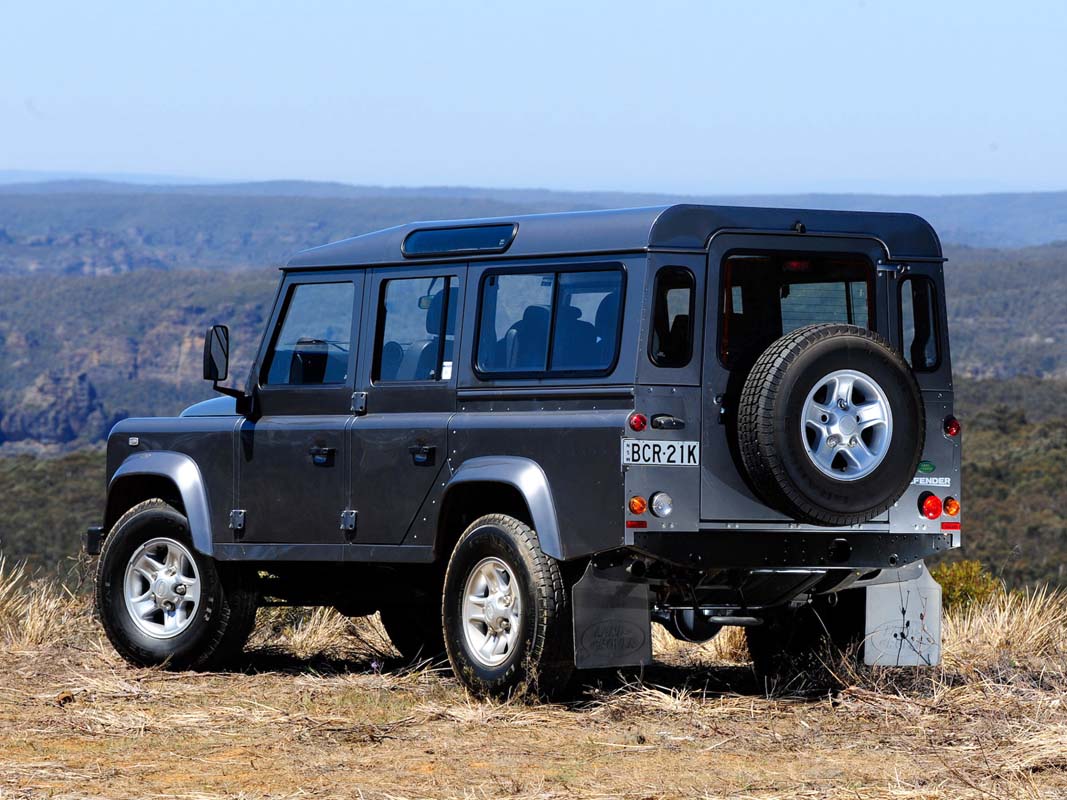 Anyone who’s driven a Defender in anger will agree that off-road capability is up there with the best, thanks to excellent low-range reduction combined with good low-rpm torque and good axle articulation. A 75-litre fuel tank (in the 110) doesn’t sound like much, but all of the turbo-diesel engines offered over the years have proved economical.

Like the LandCruiser 70 and the GU Patrol, a long model lifespan means there are plenty of aftermarket accessories available for the Defender. 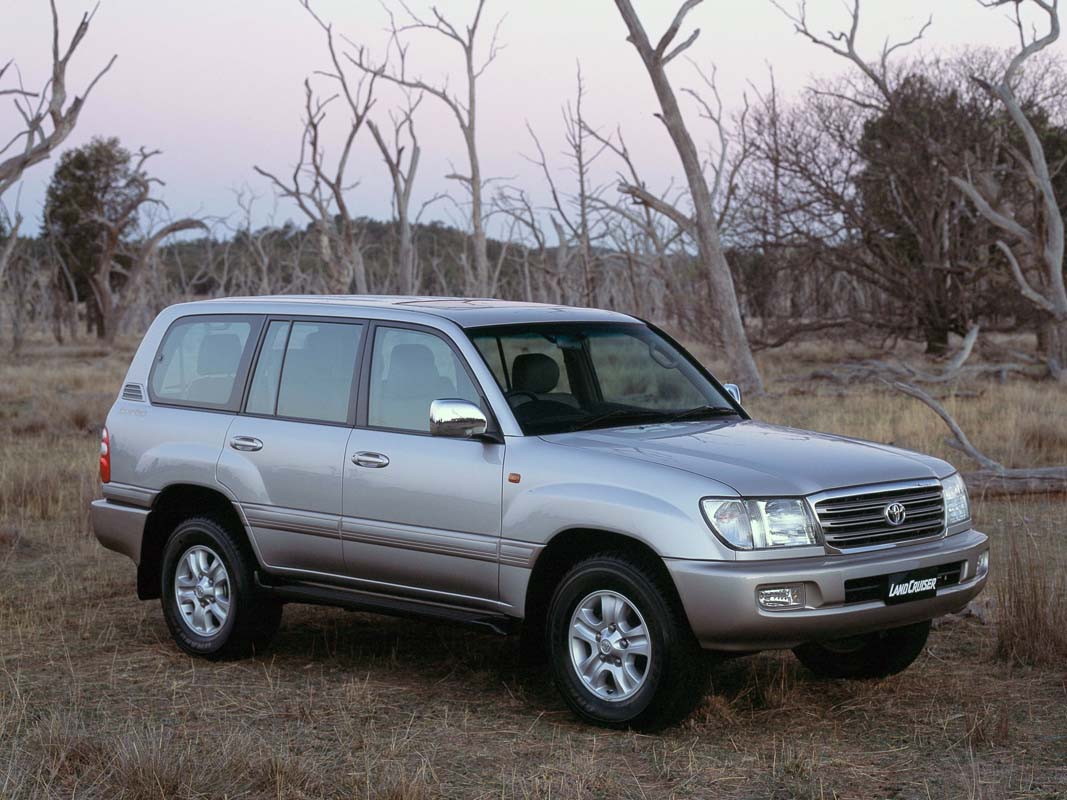 Many enthusiasts reckon the HZJ105 LandCruiser was the last genuine bush wagon from Toyota - other than the agricultural 70 Series.

Manufactured from 1998 to 2007, the HZJ105 was the last LandCruiser to be fitted with live-axles front and rear, and coil springs all round. This was was available only in lower grade Standard or GXL spec levels.

The Standard is pretty basic with vinyl seats and floor covering, skinny steel rims and a basic barn-door arrangement at the back. But that’s the kind of trim you want in a bush wagon. The GXL was a little fancier, with eight cloth-covered seats, carpet, optional four-speed auto transmission and horizontally split two-piece tailgate.

Power comes from an asthmatic 1HZ indirect injection, naturally aspirated 4.2-litre six-cylinder diesel, which makes a modest 96kW at 3800rpm and 285Nm of torque at 2200rpm. Obviously, performance ain’t great, but the 1HZ is incredibly reliable and relatively easy to fix if something does go wrong. It also takes well to fitment of an aftermarket turbo and intercooler, and plenty of examples on the used-vehicle market will have been subjected to such an upgrade. 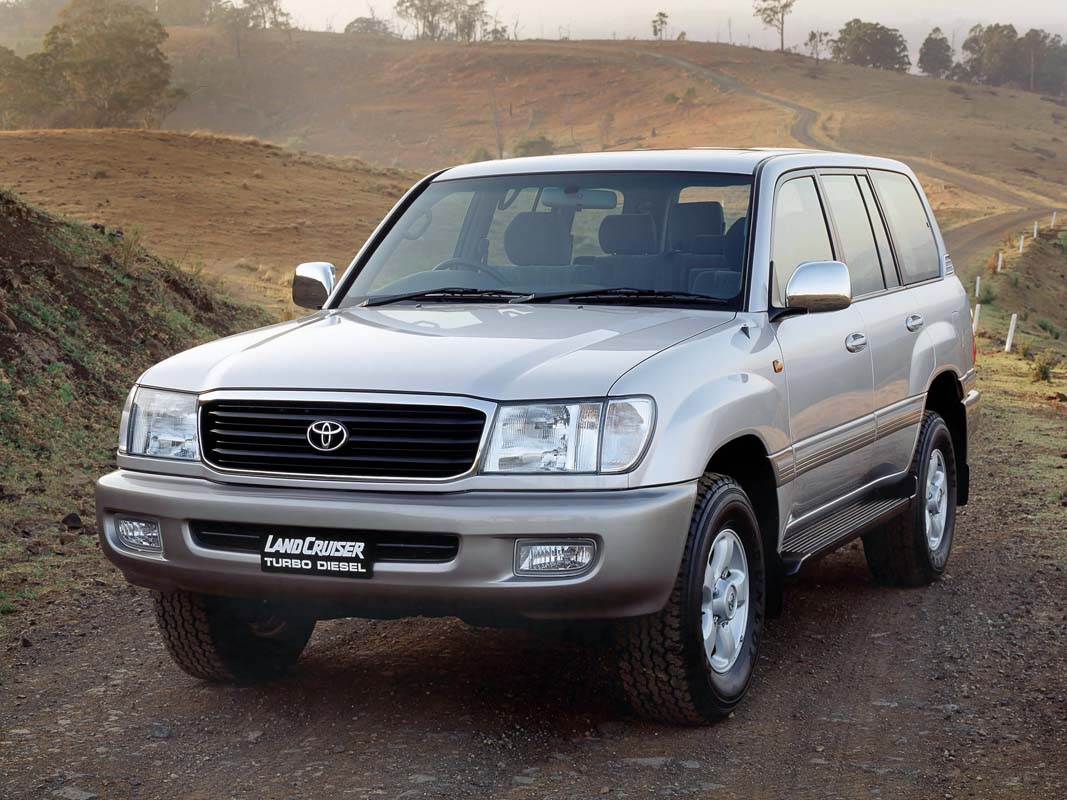 The LandCruiser has an auxiliary fuel tank that stretches capacity out to a handy 145-litres, but expect fuel consumption in excess of 12.5L/100km, or more when fully laden and driving off-road.

Payload ranges from 700-900kg depending on spec level/transmission, which is pretty handy for a bush wagon that will likely see duty on extended trips.

Sourcing parts for the HZJ105 is easy; the 1HZ diesel engine has been around for a long time and has seen service in various other vehicles including the LC70 and Toyota buses and trucks.

The 4×4 aftermarket makes just about everything you can think of to suit the HZJ105 LandCruiser, and many examples on the secondhand market will be loaded to the hilt with gear, from protection equipment to suspension kits to long-range fuel tanks and more.