A group of Dutch students have taken the idea of a traditional motorhome and turned it on its head.

Electric motoring is well and truly here, but for all its cleaner, greener benefits, EVs still need to plug into the electricity grid. So, could a totally solar-powered car – and a solar-powered motorhome at that – become a reality? A group of university students believe so and recently showed that it’s closer than you think. 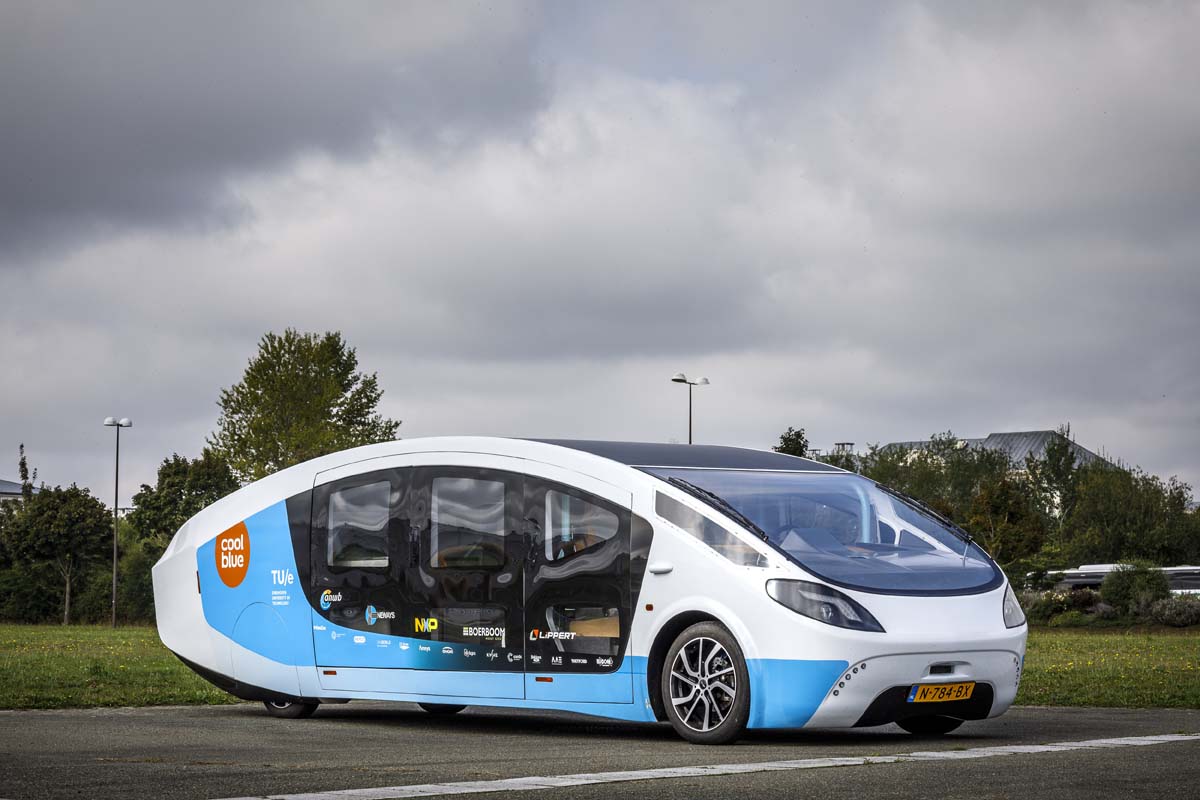 For motorhome owners, especially here in Australia, the requirement to be never too far away from a petrol station is a constant. Despite lightweight materials and clever construction methods, the very nature of motorhomes means they aren’t overly fuel-efficient, nor are they aerodynamic. But with the abundance of sunshine in Australia, some of those inefficiencies could be overcome if the motorhome was able to run on solar power.

Recently, a group of 22 students from the Eindhoven University of Technology in the Netherlands, working under the banner of ‘Solar Team,’ unveiled a motorhome that breaks many of the accepted rules of motorhome design.

Dubbed ‘Stella Vita,’ what the students created was a fully-functional EV motorhome that can be powered by solar energy, or via conventional plug-in electricity.

Solar Team have some history in this space, building solar-powered cars that have been successful at the biennial Bridgestone World Solar Challenge from Darwin to Adelaide. In 2019, the Dutch students achieved their fourth successive win in the ‘Cruiser Cup’ section of the event for cars that are more practical and closer to production reality. 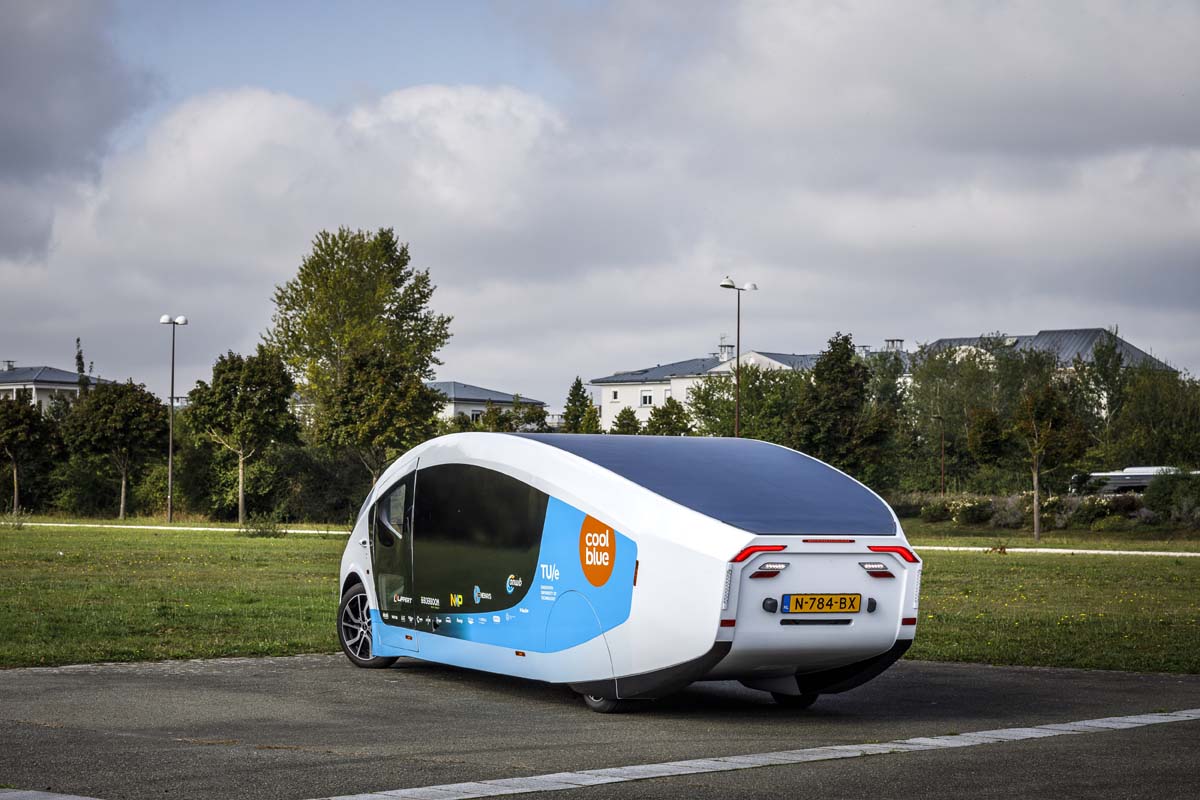 For the Stella Vita, Solar Team took a similar approach and what is very much a form-follows-function design ethos, ensuring the vehicle was not only as energy efficient as possible, but still practical for use as a motorhome.

The sleek shape features a shallow windscreen that flows into a long and broad roof space that’s made up entirely of solar panels. Ground-hugging aerodynamics up front and faired-in wheels at the rear play a part in reducing energy expenditure, as does overall weight of 1,700kg. Of course, that low ground clearance limits the Stella Vita to near-perfect tarmac – not great for Aussie road conditions!

That aero also makes the Stella Vita reasonably quick, with a claimed top speed of 120km/h, while an integral 60kWh lithium-ion battery delivers range of 600km from a full charge and up to 730km in ideal conditions if solar power is harnessed and used to fuel the battery along the way.

Not forgetting the requirements for motorhome comfort when parked, up, the Stella Vita's large solar panel roof pops up to allow stand-up access inside, while a pair of pull-out side awnings provide shade and carry additional solar panels. Total area of the solar panels is up to 17.5 square metres with all three deployed, but the Achilles Heel of the design – for now – is the slow recharge rate of the battery using solar panels alone, which can be as much as three days.  As such, the Stella Vita is also set up to allow recharging from conventional (and presumably fast-charge) outlets.

It should be clarified that this is no hybrid system. Stella Vita is purely electric and designed to run primarily on electricity harvested from the sun, with no internal combustion engine taking over when battery power drops off.

Solar energy harvested from the roof panels is also be used to power devices within the motorhome, not just the vehicle itself. These include cooking, entertainment and hot water for washing, as well as for recharging phones and mobile devices.

Importantly, the camper’s integral infotainment system allows energy consumption to be seen in real-time, thus enabling greater control over the rate at which electricity is used.

The interior of Stella Vita is fully fitted-out with a double bed, sofa, small dining table, kitchen and toilet, as well as an abundance of storage, with the interior accessed by large barn doors on the offside.

To prove the real-world viability of a solar-powered motorhome, members of Solar Team intended to take Stella Vita on a 3,000km road trip from their base in the Netherlands to Tarifa - the southernmost point in Spain – using solar energy exclusively. 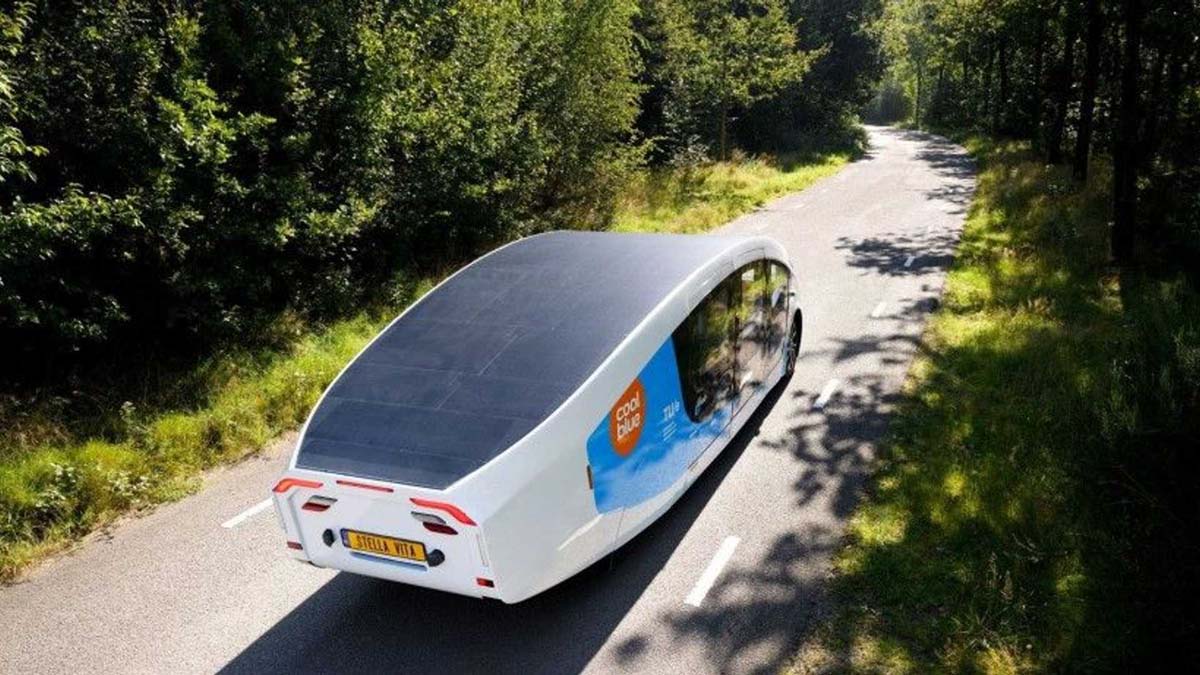 Unfortunately, technical issues with the drivetrain meant the journey was not completed as intended, but Solar Team did get to Paris, where they were invited by senior members of Renault’s design team, including representatives of Renault’s new ‘Mobilize’ EV sub-brand, to present their EV motorhome at the Renault Technocentre.

Renault and Mobilize executives and designers were impressed with the innovation behind Stella Vita and say they will incorporate some of what Solar Team created into development of new, bold and sustainable mobility solutions of their own in the future.

Laurens van den Acker, Head of Design for Renault Group, was particularly impressed, given he had previously studied at the Eindhoven University of Technology, and welcomed the students into the Technocentre, where they were shown concepts created by Renault and Mobilize.

Patrick Lecharpy, VP of Design at Mobilize, talked to the Solar Team students about the original aspects of the creative process behind the brand’s vehicles. Lecharpy explained that, at Mobilize, they use a creative approach to design that differs from that used by more traditional brands. Mobilize designers do not start out by drawing a vehicle; rather, they think about the overall experience of sustainable mobility and services that could assist not only users, but also operators and cities as a whole.

While the European Tour in Stella Vita didn’t go to plan, Solar Team’s meeting with Renault and Mobilize designers provided the beginning of an answer to the question: will we soon be able to drive vehicles that are powered solely by the sun’s rays?

The students at Solar Team think so and believe that Stella Vita is an early manifestation of solar mobility that could become a reality by 2030. But they concede that major technological developments in photovoltaics and batteries will be needed for large-scale deployment.

For local motorhome enthusiasts, the idea of a solar-powered camper for doing a lap of Australia without ever having to pull into a petrol station sounds ideal!