Diesel is dying, electric will rule and heralding the way is Bollinger.

We have said for some time that internal combustion engines are on the way out, and in particular diesel as stricter and stricter emissions standards force more and more complexity like AdBlue and DPFs.

So, how far off is electric? It’s not mainstream yet, but before mainstream comes low-volume specialist vehicles, like this one from Bollinger which they say is “THE WORLD’S FIRST ALL-ELECTRIC, ALL-WHEEL DRIVE, OFF/ ON ROAD SPORT UTILITY TRUCK”. In capitals, too.

With electric vehicles you can put the weight pretty much anywhere, and in this case it’s down low and central. Nice. 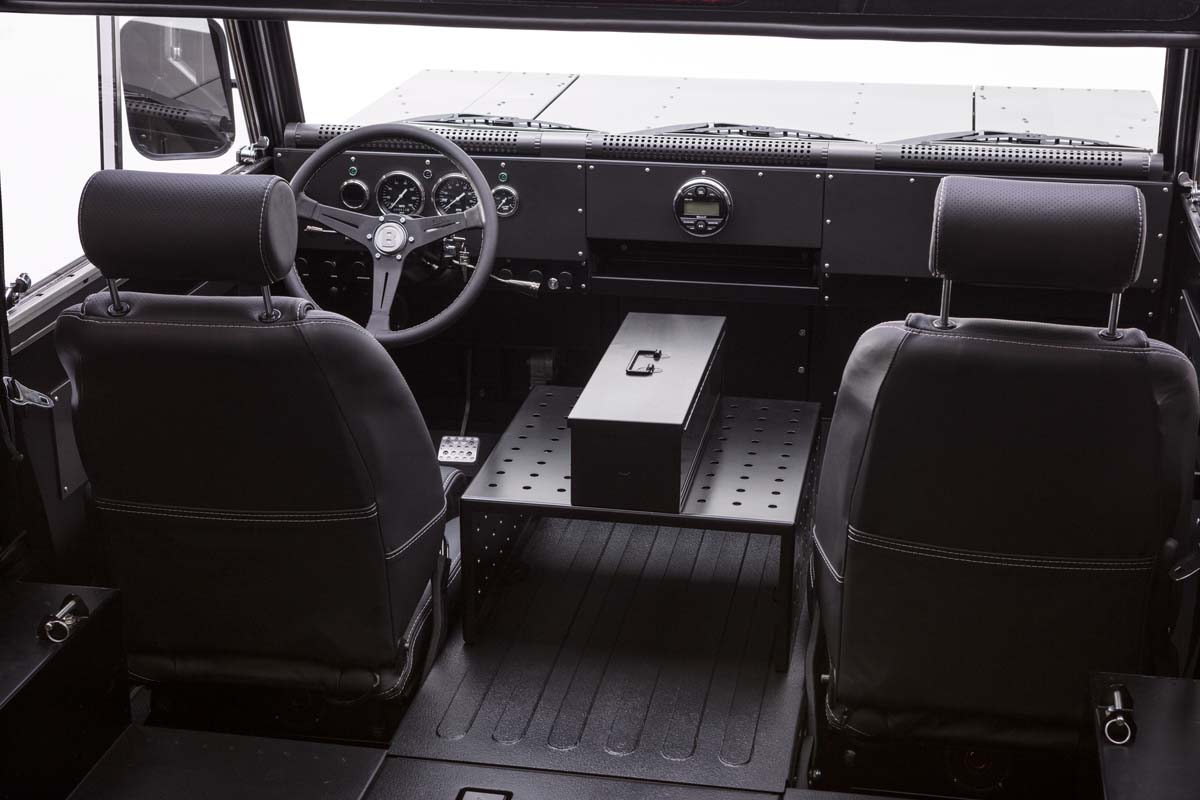 The Bollinger B1 SUT is an all-electric offroader with two motors, one front, one rear. It is constant 4WD, and there are twin cross-locking differentials. Portal axles give it claimed ground clearance of 393mm.  The suspension is independent front and rear, there are disconnecting swaybars, and a hydro-pneumatic system self-levels the car through the 250mm of wheel travel. The batteries are regenerated through braking as well as charging. Tyres are large for the size of vehicle, 285/70/17. Approach angle is 56 degrees, departure angle is 53 degrees. 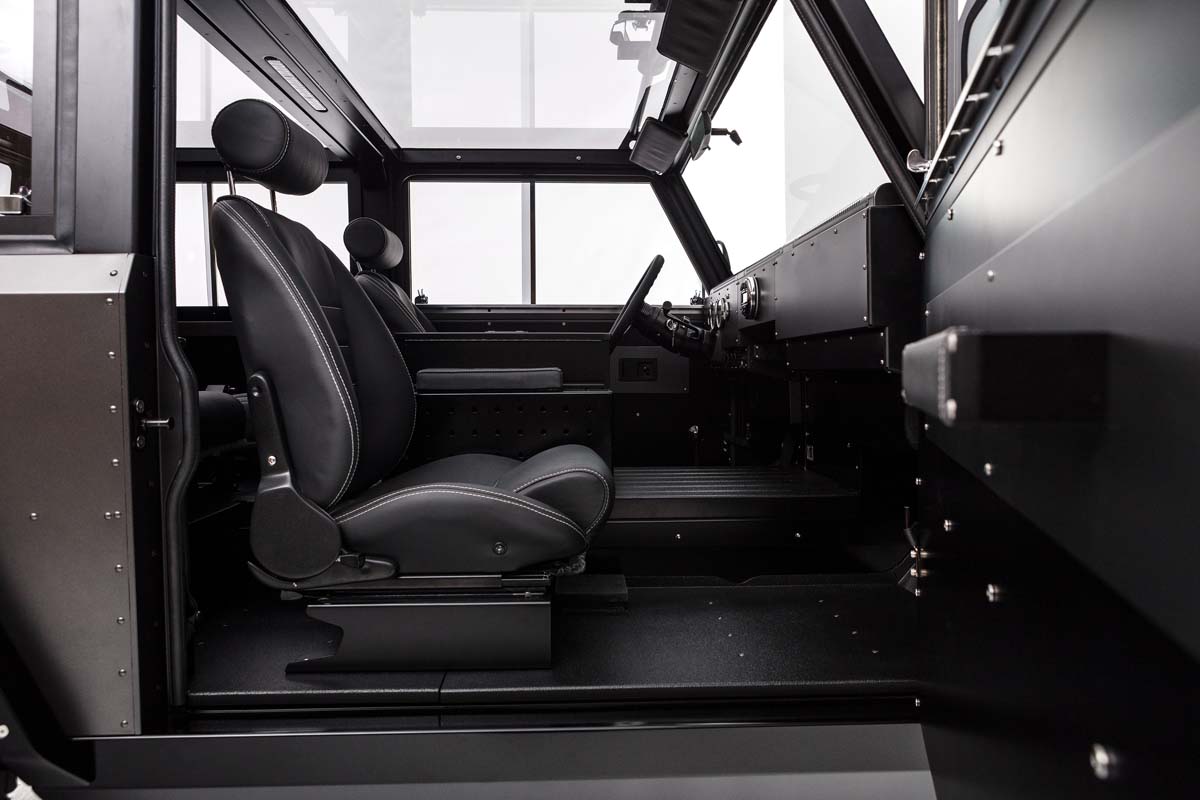 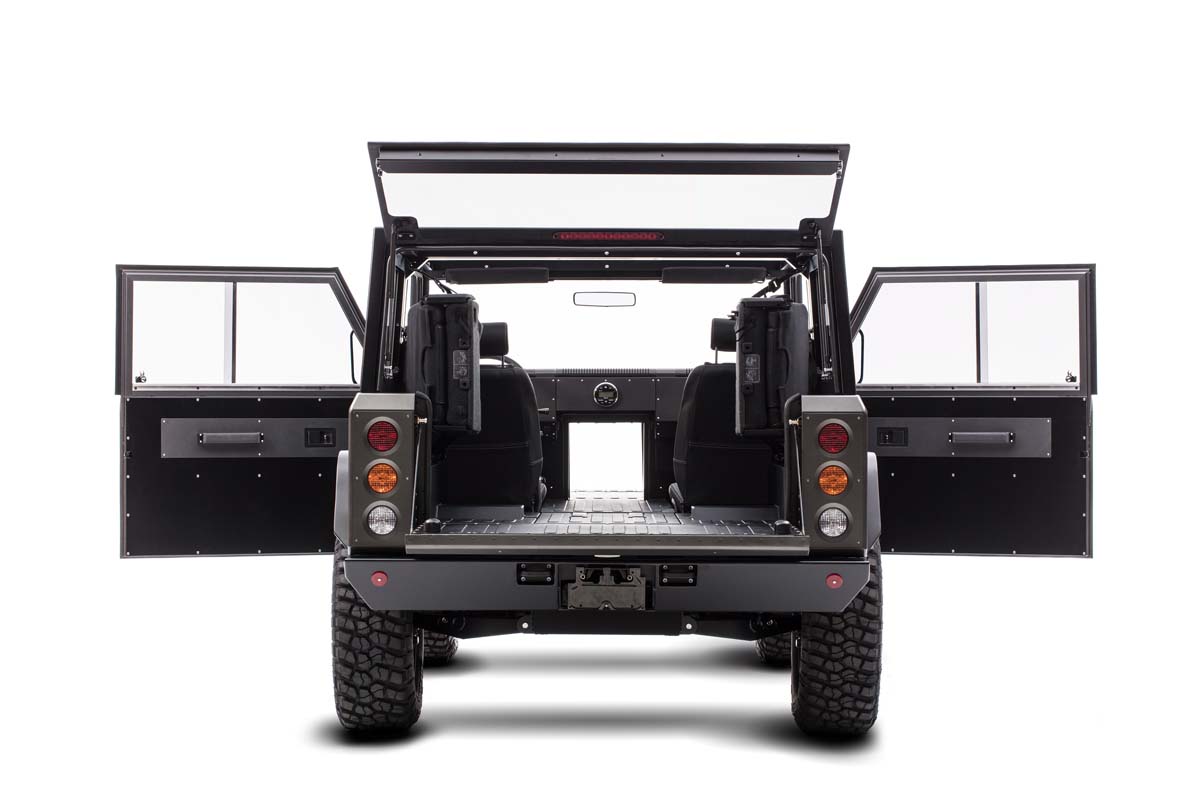 Payload is said to be an amazing 2766kg, same as towing. Gross vehicle mass is 4536kg. Frankly, those numbers are incredible and I’d like to see some proof the thing can handle anywhere near that load. Also bizarre is the spec that says it can take 24 sticks of 4×2 wood, or 72 sheets of 0.5 inch plywood. There appears to be no specific provision for a spare tyre.

Bollinger say that “110-volt power outlets have been placed throughout the truck so operators can use the onboard electricity to power handtools, lights, or other equipment, effectively eliminating the need for a back-up generator." 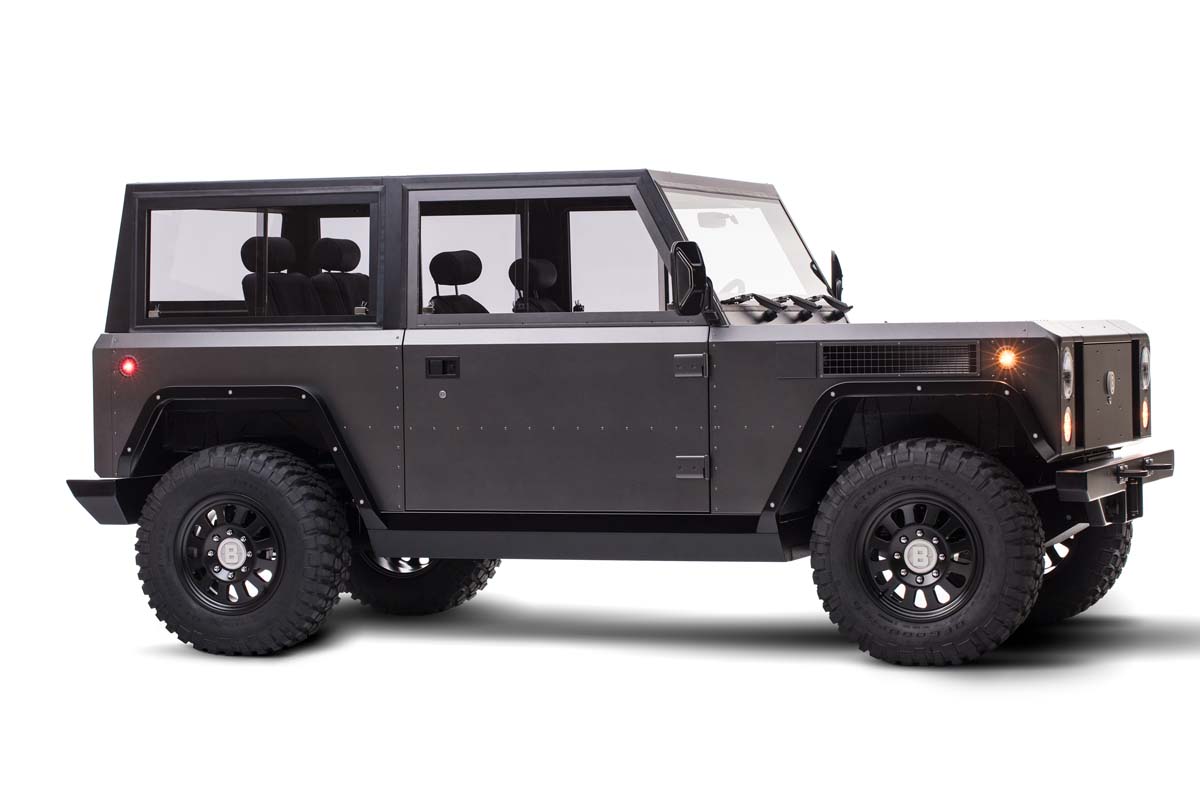 The big question is range.  That’s claimed to be between 193km and 320km. Charge time is said to be 7 hours from fully depleted, or down to 45m with a fast charger. 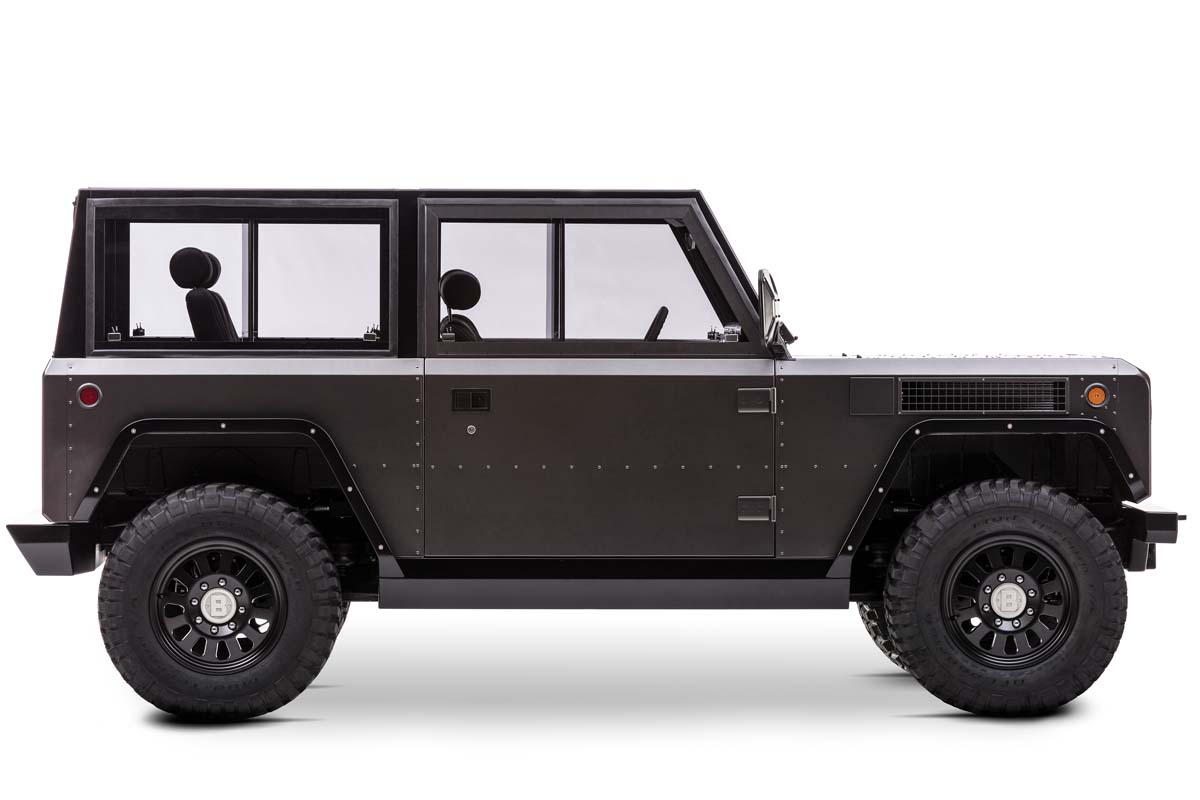 This is the first of many. We like the look of the B1 – it’s square, functional, has lots of storage and great capacity for load lugging. Yes, range is short, but these things will be rapidly improved. We can’t wait to see how Bollinger develop the vehicle further! It’s not clear if this is a road-legal vehicle – the chassis or body doesn’t look like it takes airbags, and nor does the steering wheel look like it has an airbag. That would make development a lot easier, but limit its potential. Still, there’s a lot of buyers who want this sort of vehicle and don’t need to run it on public roads. 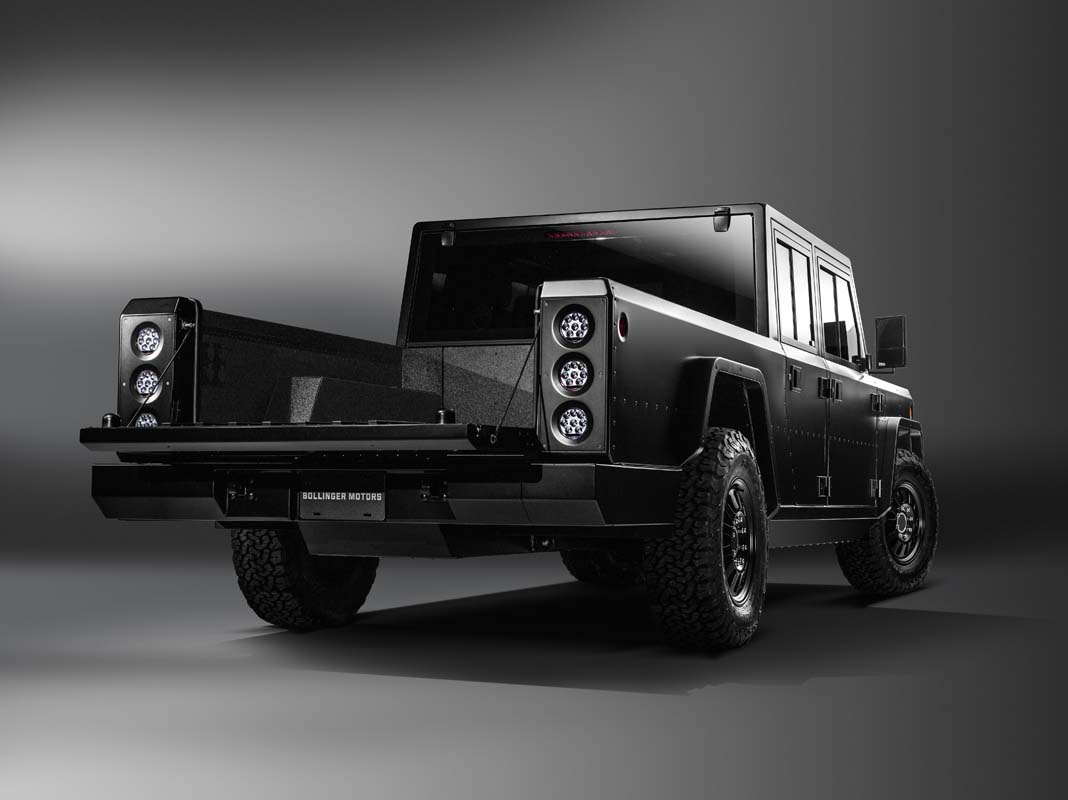 Once the range problem is solved electric 4x4s will outperform diesel or petrol. Electrics will be better able to drive individual wheels, and precisely meter torque exactly where it’s needed. Weight is high at the moment but will drop, whereas diesel and petrol engines are getting heavier and more complex. Electric also means you can distribute the weight exactly where you want it. Reliability should also improve as electric vehicles are simpler, far more so than increasingly complex diesel or petrols. The Bollinger has two motors, and it would be interesting to see if one could be a fail-safe for the other.