How does a hybrid SUV handle extreme cold? Mercedes-Benz are finding out with their “more electric” GLC SUV.

The second-generation version of Mercedes-Benz’s GLC is due to launch later this year. Ahead of that launch, the mid-sized SUV has been put to the test in all conditions, including extreme cold in the far north of Sweden. 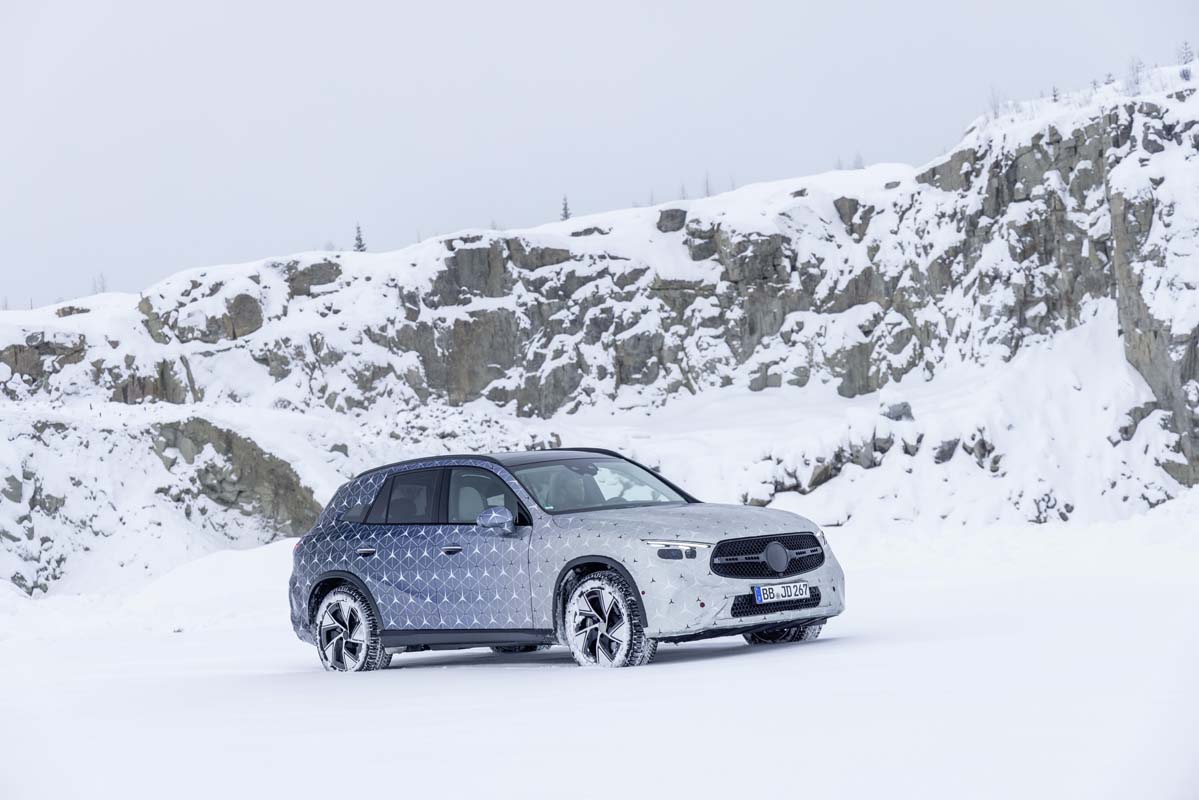 In temperatures as low as -30 degrees, Mercedes have been assessing the effect of cold on the GLC’s handling, ergonomics, thermal management and interior comfort. This real-world testing follows an abundance of virtual development already conducted at Mercedes-Benz's main plant in Sindelfingen, Germany.

The Swedish testing doesn’t just involve driving on snowy roads, but also tackling tracks with various friction qualities, gradients of up to 20 per cent, a handling course and even a skid pan. All are designed to push the capabilities of the GLC’s powertrain, chassis and control systems. 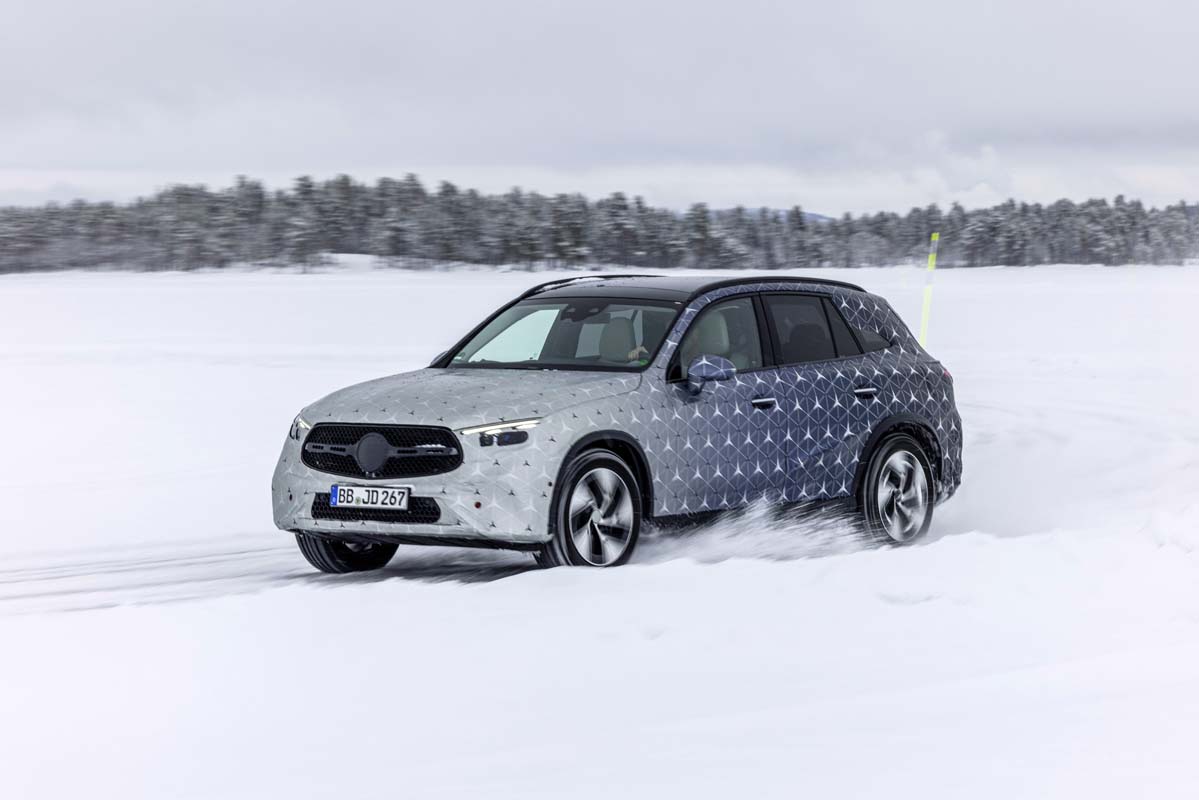 This is part of a global test programme that has seen the GLC taken as far afield as Dubai, Mexico, Japan, Italy, South Africa and France.

While testing that’s already been conducted on the C-Class sedan can be transferred to the GLC, the SUV still requires its own specific assessment procedures, including the incorporation of off-road testing that isn’t a part of the C-Class programme.

Such real-world testing remains an important part of development, which in the case of the GLC has seen more than 7 million kilometres covered and accounts for around 65 per cent of the entire programme, according to Mercedes-Benz.

While the upcoming second-generation GLC remains heavily based on the C-Class sedan, it incorporates many SUV-specific features and will arrive with the latest Driving Assistance Package that includes additional and enhanced functions over the current generation.

Examples include Active Distance Assist ‘Distronic’ technology that can maintain a pre-set distance from vehicles in front. A new feature of this system is that it can now recognise stationary vehicles on the roadside or in other lanes while travelling at speeds of up to 100km/h. This was previously limited to 60km/h.

Active Steering Assist has been enhanced with additional lane detection utilising a 360-degree camera to form an “emergency corridor” at low speeds. Performance of this technology in corners and on country roads is said to be improved, along with enhanced lane centring that works on German autobahns at speeds of up to 210km/h.

Traffic Sign Assist is already smart enough to recognise traditional road signs, as well as those on overhead gantries. Updates to this technology include warnings against driving through stop signs and red lights, which are tied into the Driving Assistance Package.

The next-gen GLC’s intelligent parking systems are said to be more intuitive and with faster operation, too, while the optional Trailer Manoeuvring Assist can now help with carrying out cornering manoeuvres of up to 90 degrees.

The next-gen GLC will benefit from updates to the MBUX infotainment system already applied to the C-Class, including new or improved voice assistant, Smart Home and music streaming functions.

Described as intuitive to operate, MBUX adds a special Off-Road menu in the GLC, while a new, optional “transparent bonnet” function for this mode will be particularly useful in rough conditions. Utilising the 360-degree camera, the transparent bonnet function shows the view under the GLC’s front end, along with a virtual representation of the driving lane (based on steering angle) on the 11.9-inch centre screen.

A redesigned steering wheel will also feature on the new GLC, along with enhanced Energizing comfort control technology for the seating that’ll include “coaching” fitness recommendations and seat kinetic functions to counteract cramped sitting and promote wellbeing on long drives.

While still relying on a choice of diesel or petrol engine for motive power, Mercedes are describing the upcoming second-generation GLC hybrid as “100 per cent electrified,” with a 17kW/250Nm starter-alternator integrated into the transmission as part of a 48V mild hybrid system on all engines.

The full drivetrain lineup, including performance engines from AMG, has yet to be confirmed, but Mercedes have released some details on a couple of four-cylinder engines for the GLC. 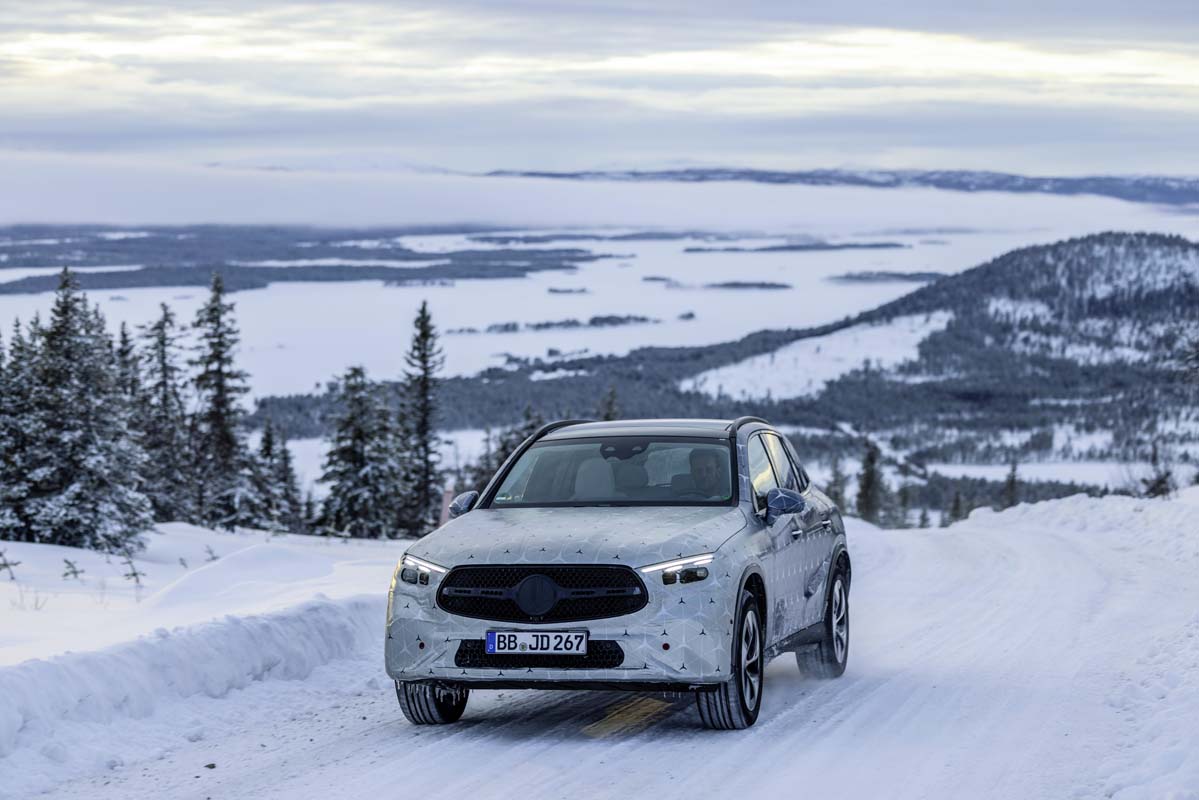 The ‘M254’ 2.0-litre petrol four-cylinder, delivering maximums of 190kW and 400Nm, includes innovations like Nanoslide cylinder coating, Conicshape honing and the placement of the exhaust’s aftertreatment system directly on the engine.

The ‘OM654M’ two-stage turbodiesel is also of 2.0-litre, four-cylinder displacement, with maximums of 195kW and 550Nm. As diesels are under far more scrutiny these days, this engine features the DPF and SCR catalytic convertor you’d expect, as well as a close-coupled NOx catalytic convertor and an additional SCR that delivers a separately metered, injected quantity of AdBlue fluid to further break down unburnt diesel and soot.

Three engines – presumably the aforementioned two, along with another petrol engine whose details have yet to be revealed - will also be available as plug-in hybrids. The electric motor in this PHEV system is capable of producing 100kW and 440Nm, and can cover “well over” 100km. It can even tackle off-road conditions in EV mode, according to Mercedes-Benz. 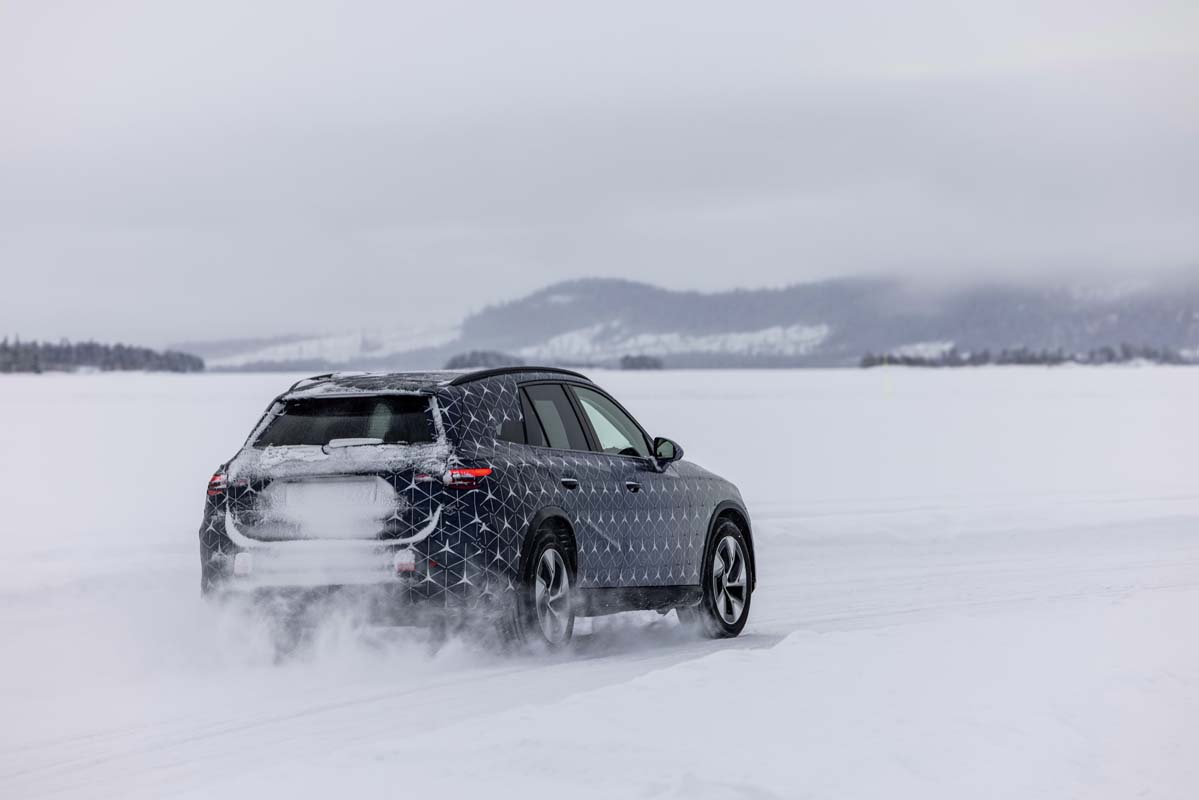 Electric motors are incorporated into a 9G-TRONIC nine-speed automatic, similar to that fitted to the current GLC, but the transmission is said to have been specially developed for the PHEV addition.

When it’s launched in approximately Q3, 2022, the new GLC will likely be offered in wagon and coupe body styles, with a high-performance AMG variant almost certainly part of the mix, too.

Locally, the mid-sized GLC has lagged behind the equivalent BMW X3/X4 in terms of sales, but outperformed similar SUVS from Audi and Volvo last year.

Australian delivery of the new Mercedes-Benz GLC SUV is expected in late 2022 or early 2023. The engine choices, PHEV availability, full specs and pricing will be revealed closer to local market launch.