To overcome the problem of different charging outlets, Mercedes-Benz have created a solution – the Flexible Charging System.

We all know that ‘range anxiety’ is a thing in the EV world, but what about ‘plug anxiety’?

Given the low (but growing) take-up rate of electric vehicles in Australia, the problem of mis-matched charging cables and recharge outlets is negligible, but in Europe, such problems of incompatible outlets are more widespread. 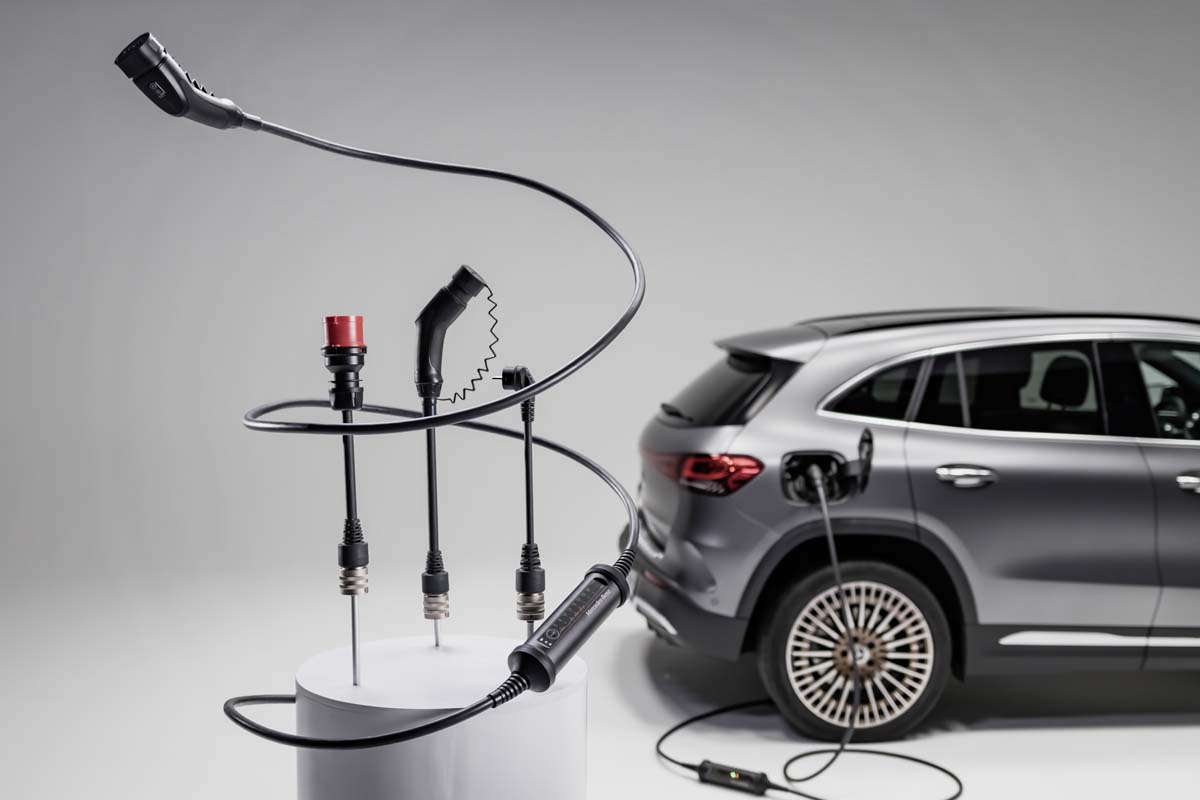 Mercedes-Benz are on board with the EV revolution, with plans to have an electric version in every segment of their current range by 2022, all new vehicle architecture to be electric-only from 2025 and offering only electric vehicles - in most markets - by 2030.

More electric vehicles means more electric charging and in Europe, that means an abundance of sometimes incompatible charge points across various countries. To combat this, Mercedes-Benz have come up with the ‘Flexible Charging System’ to suit their current and future range of EQ electric vehicles and plug-in hybrids.

Mercedes-Benz describe the Flexible Charging System as the solution for anyone who does a lot of driving in an EV and needs variable options for charging it.

Consisting of a 5-metre cable with a Type 2 connector for the vehicle at one end and various interchangeable adaptors for (European) household and industrial AC sockets at the other, the Flexible Charging System is essentially like the plug adaptors you carry in your luggage to accommodate different plug outlets when travelling overseas.
(Ahh, travelling overseas. Remember being able to do that?). 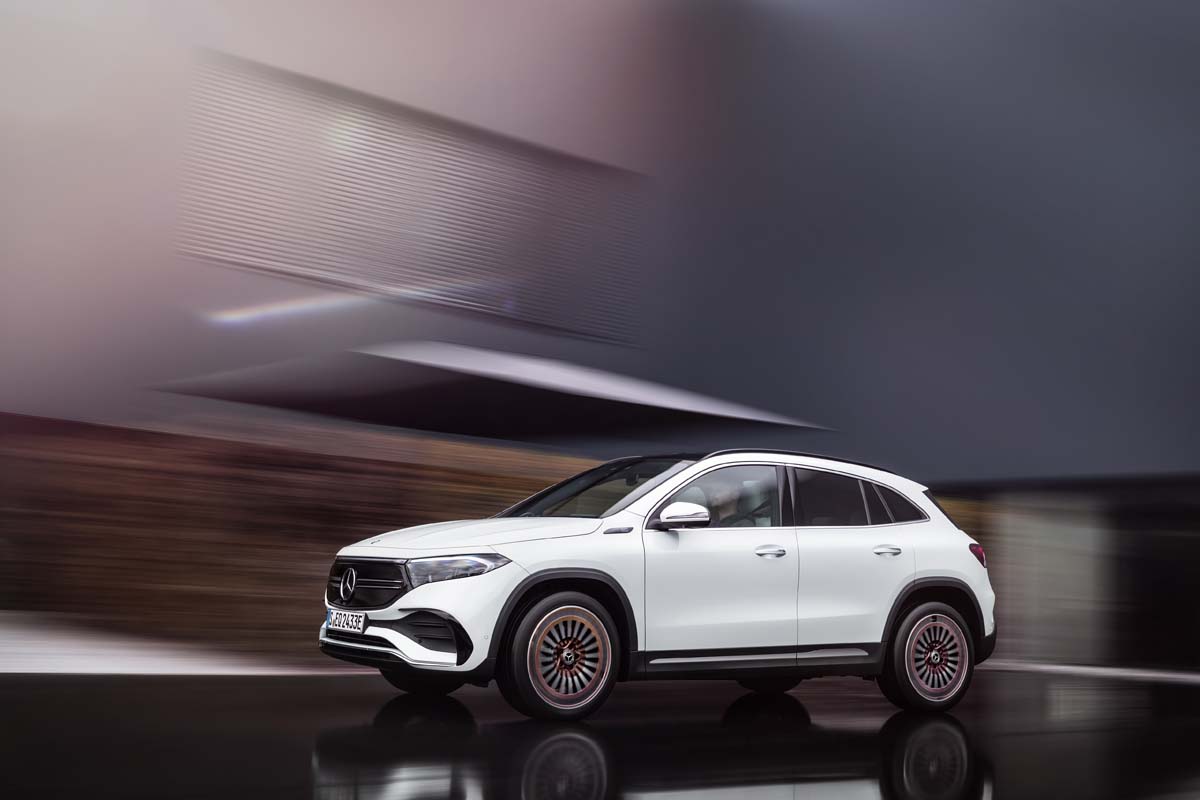 While that’s clever in itself, what makes the Flexible Charging System even smarter is that an in-built regulator detects the adaptor being used and automatically adjusts the charging power being delivered.

The default maximum charging power is 22kW, although this can be adjusted manually if required.

As well as being smart, the Flexible Charging System is safe, with residual circuit breakers and integrated temperature sensors in the household adaptors to prevent overheating, while the whole system can operate in a -30 to +50 degree Celsius temperature range. 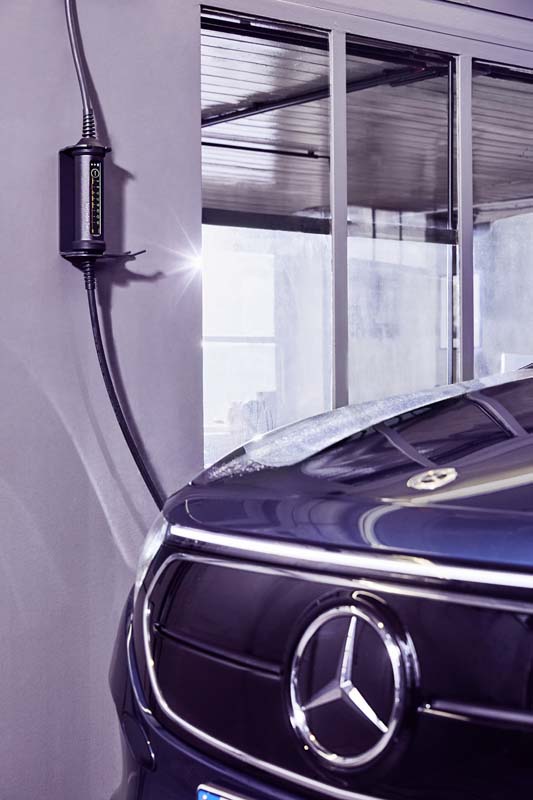 It’s strong, too, with the ability to be driven over by a vehicle weighing up to 1.1 tonnes and water resistant to IP67 standards. All the components are also AECQ-certified for stress resistance.

The system packs into a briefcase-sized soft bag that’s compact enough to carry on your EV travels without impinging too much on luggage space.

As versatile as the Flexible Charging System is, it can’t cater for every eventuality without compromising weight, size and practicality, so some items are available separately. These include a 5-metre extension cable and adaptors for Swiss and UK outlets.

For greater convenience when using the system at home or a commonly-used charge point (in an office car park, for example), a wall bracket is also optional, as is a security lock.

While Mercedes-Benz’s zero emissions SUV offerings in the European-market are broad, the EQA 250 is the only electric SUV available in Australia for now, but the larger EQC is due for local release soon.

Powered by an asynchronous electric motor on the front axle, the EQA 250’s listed outputs are 140kW and 375Nm, with a single-speed transmission that’s configured for the requirements of front-wheel drive.

The EQA 250’s batteries are mounted under the floor, in what Mercedes calls a ‘double-decker’ arrangement. Comprising five modules and 200 cells, the 420V lithium-ion battery creates usable energy of 66.5kWh against combined electrical consumption of 16.2kWh per 100 km (ADR). The battery is part of an intelligent thermal management system and can be cooled or heated as required, ensuring it remains within the optimal temperature range for both operation and charging. 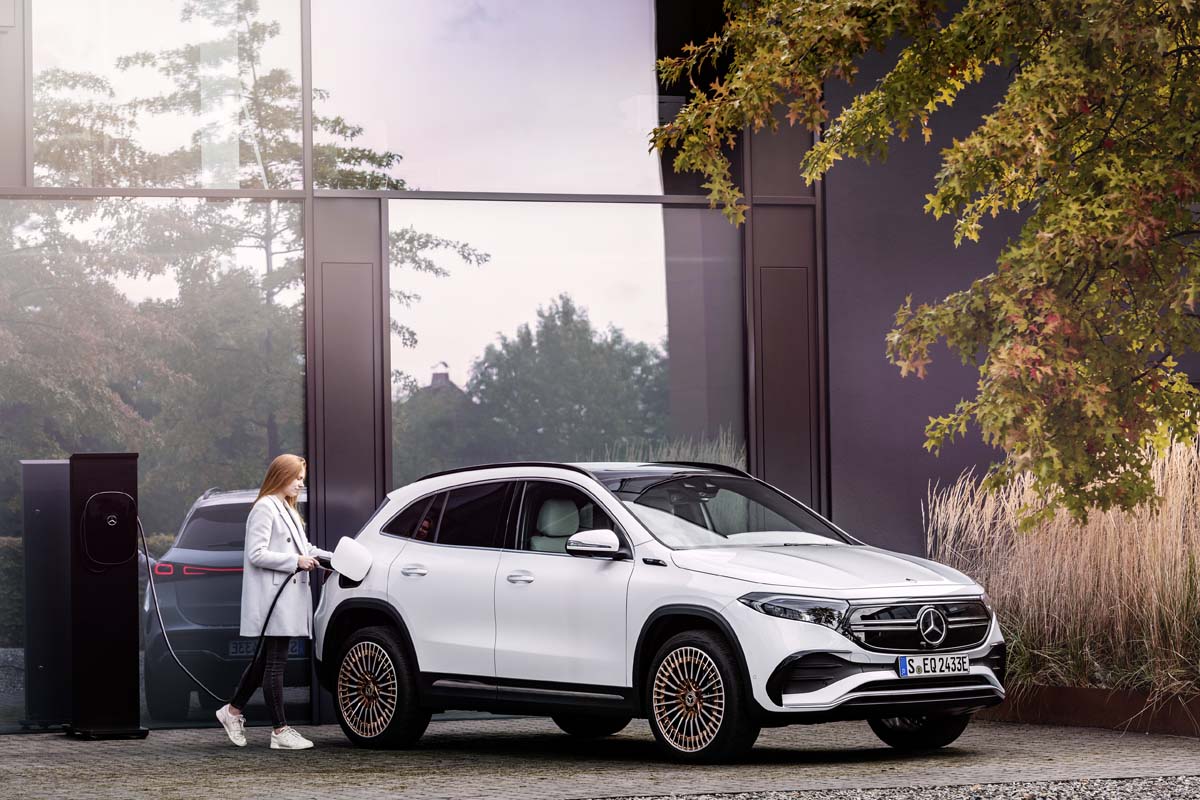