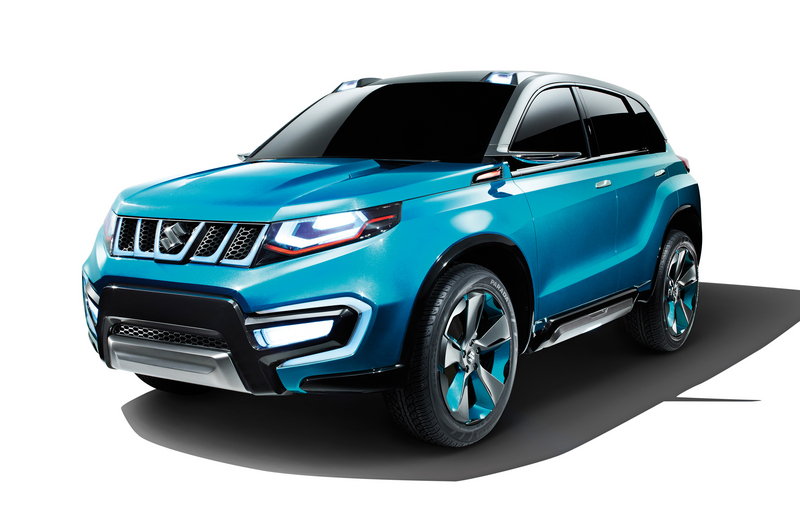 This concept is designed to be personalised, so customers can turn it into a car which is just right for them and their lifestyle. "i" stands for "individuality", "V" for "vehicle", and "4" for "4 wheel-drive".

Under the "Grab your field" concept, Suzuki say the iV-4 is heir to the company's DNA in SUVs that started with the LJ series in 1970. Since then, Suzuki has expanded its SUV line-up with the Vitara in 1988, Jimny in 1998, and Grand Vitara in 2005.

Design features
Exterior design of the iV-4 taps into the tradition of Suzuki's compact SUVs, but the chunky front end has Jeep overtones, with elements of Range Rover's Evoque in the styling, too.

_ Five-slot front grille - yet with a futuristic feel imparted by touches such as the distinctive kicked-up character lines on the sides, the fog light with built-in laser sensor on the roof, and the illuminated grille.
_ Large-diameter tyres and wheel design.
_ Can be personalised through customers' individual choice of exterior parts, colour, texture, etc.
_ Specially created exterior colour of Brilliant Turquoise Metallic.

Plans for production model
The production model based on the iV-4 aims to be an SUV for the present day: light in weight and boasting among the lowest CO2 emissions in its class.

And besides being eco-friendly, the four-wheel drive model will come equipped with ALLGRIP, the next generation of 4WD technology, in order to deliver the powerful drive the user expect of an SUV. It will thus offer a combination of design and off-road performance that goes beyond a typical city SUV.

Suzuki will start launching the production model, based on this iV-4 concept model, at Magyar Suzuki in 2015 and will be releasing it in Europe. 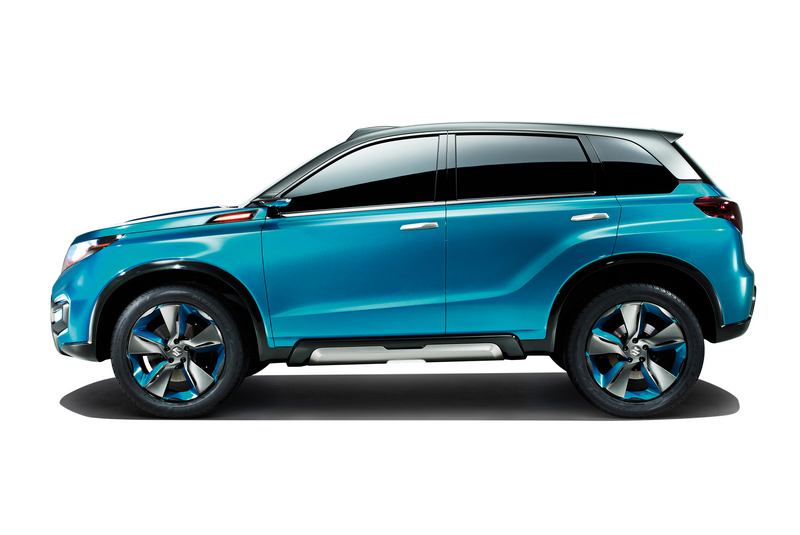 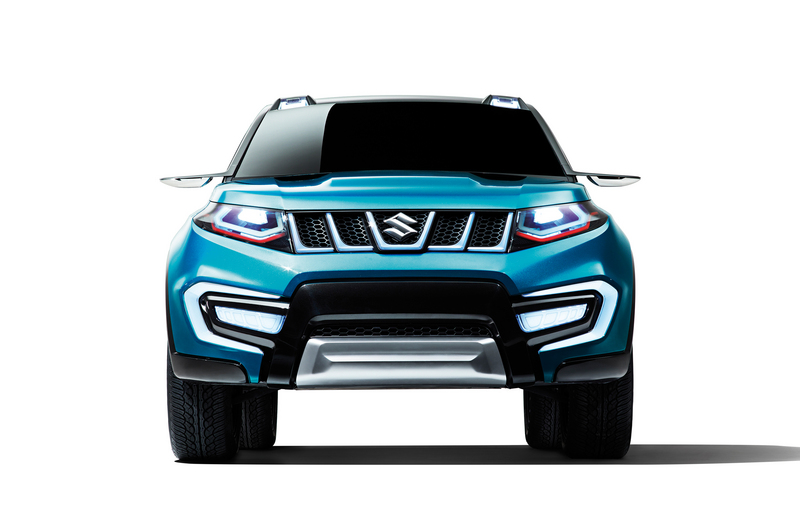 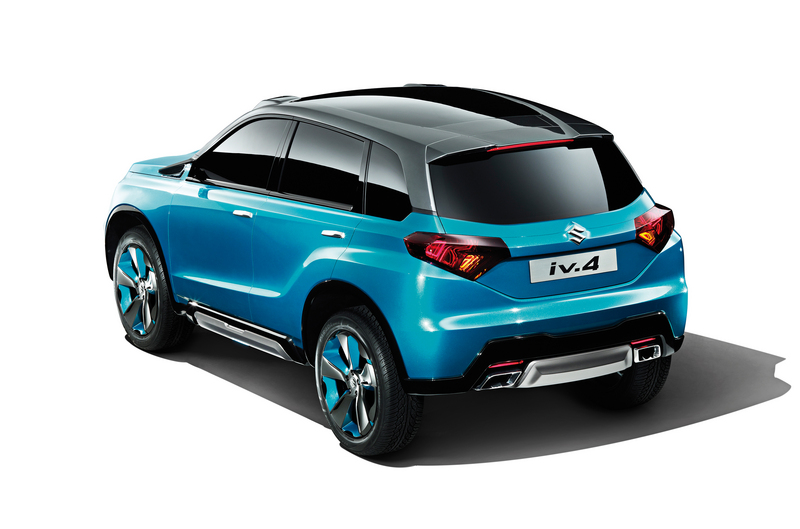