All-electric SUV serves as ‘red car’ for third year in a row.

The Tour de France is underway and Skoda is once again playing a lead role in the great cycling race – literally, as an Enyaq iV will serve as a ‘command car’ that leads the riders away each day for the majority of the event. 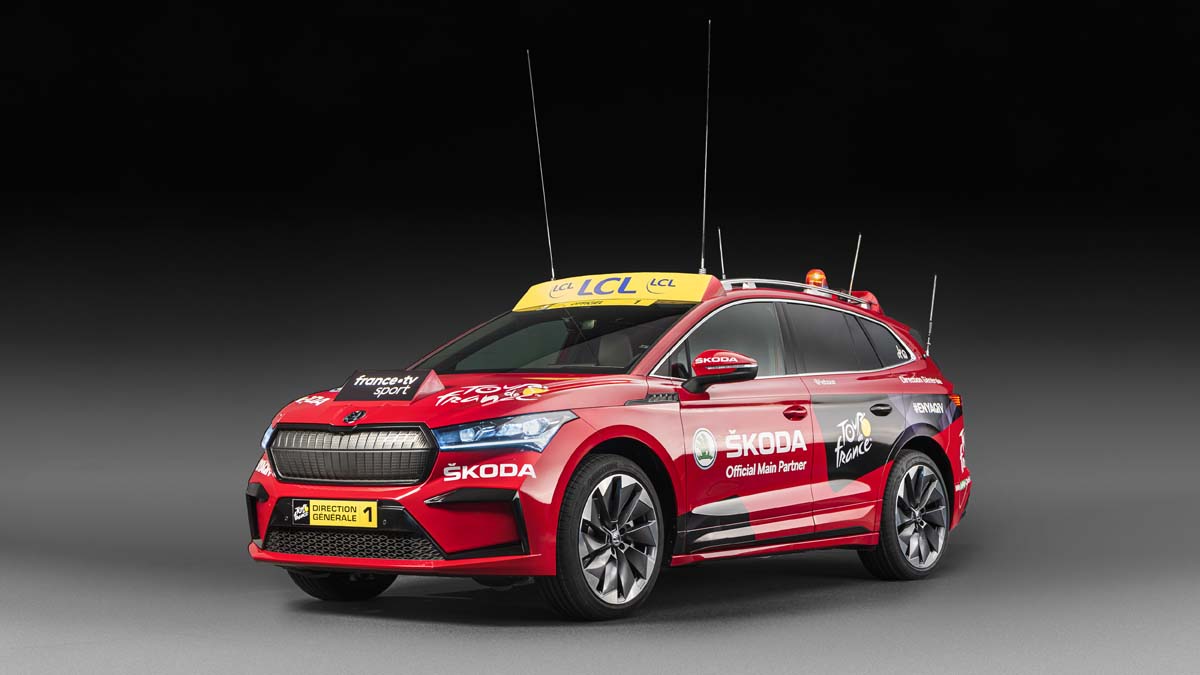 Skoda has served as official main and vehicle partner for the Tour de France since 2004, and the Enyaq iV they’re providing this year is one of 250 vehicles that the Czech carmaker has made available to organisers and race management for the 109th running of the iconic cycle race.

Travelling in the ‘Red Car’, Tour Director Christian Prudhomme signals the start of each day’s stage by waving a yellow flag through the vehicle’s specially-fitted sliding sunroof.

The Enyaq iV will lead the riders out for 16 of the 21 daily stages that make up the 2022 Tour de France that started in Copenhagen this year and will finish, as is traditional, in Paris. Of the five stages of this year’s 3,300km Tour where the Enyaq iV won’t be the command car, Skoda’s Superb iV plug-in hybrid will fill the role.

This is the third time the Enyaq iV has served as Prudhomme’s mobile command centre, and as an all-electric SUV producing no exhaust fumes, it offers obvious advantages to the riders that are following. 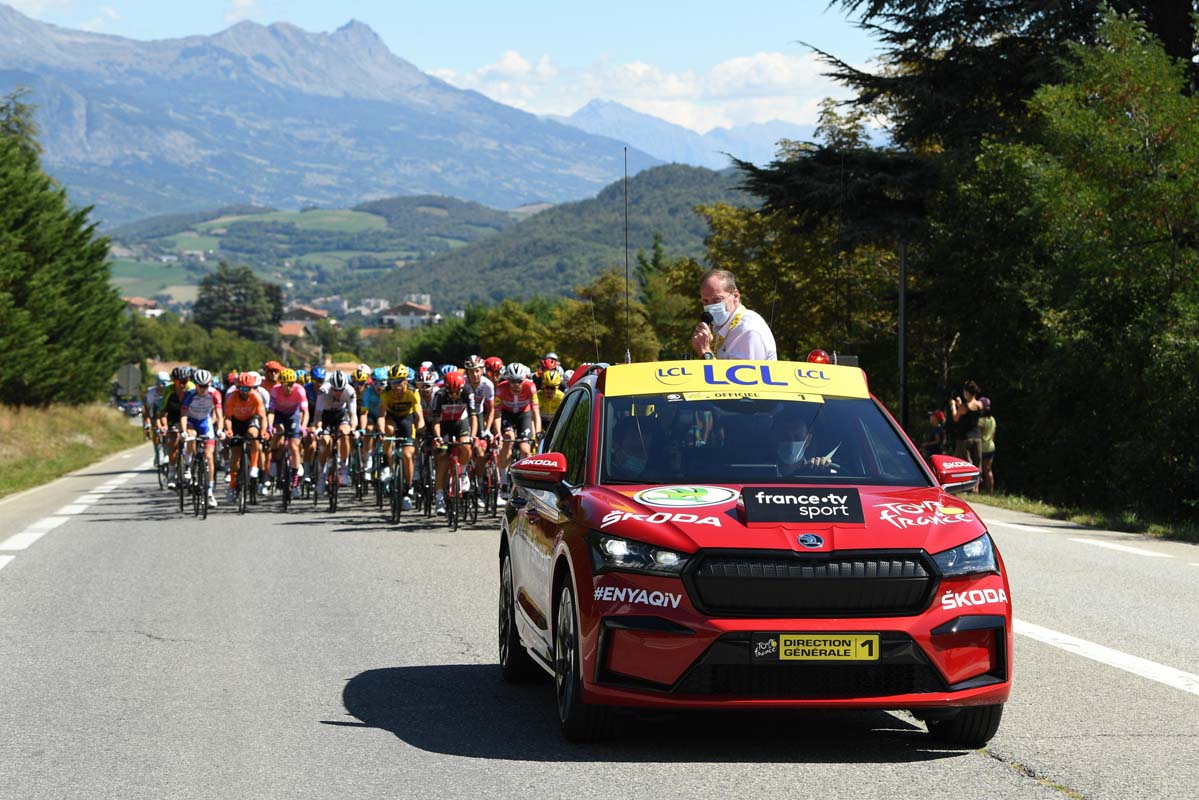 Announced in 2020 and Launched in the UK and Europe last year, the Enyaq iV is available in a choice or rear-wheel drive or all-wheel drive, producing up to 150kW and 195kW, respectively. An 82kWh battery delivers range of up to 323 miles (520km) in the single-motor 2WD version and 311 miles (500km) in the dual-motor AWD version on the WLTP cycle. A 62kWh battery is also available.

A fast-charging function means recharge from 5 to 80 per cent capacity can be completed in 38 minutes, with full charge from flat in under 60 minutes using a 125kW DC rapid charger.

While the Enyaq iV’s luggage capacity is 585 litres with the second-row seats occupied and up to 1,710 litres with them folded, the red car on the Tour de France is loaded with communications equipment that takes up some of that available space. 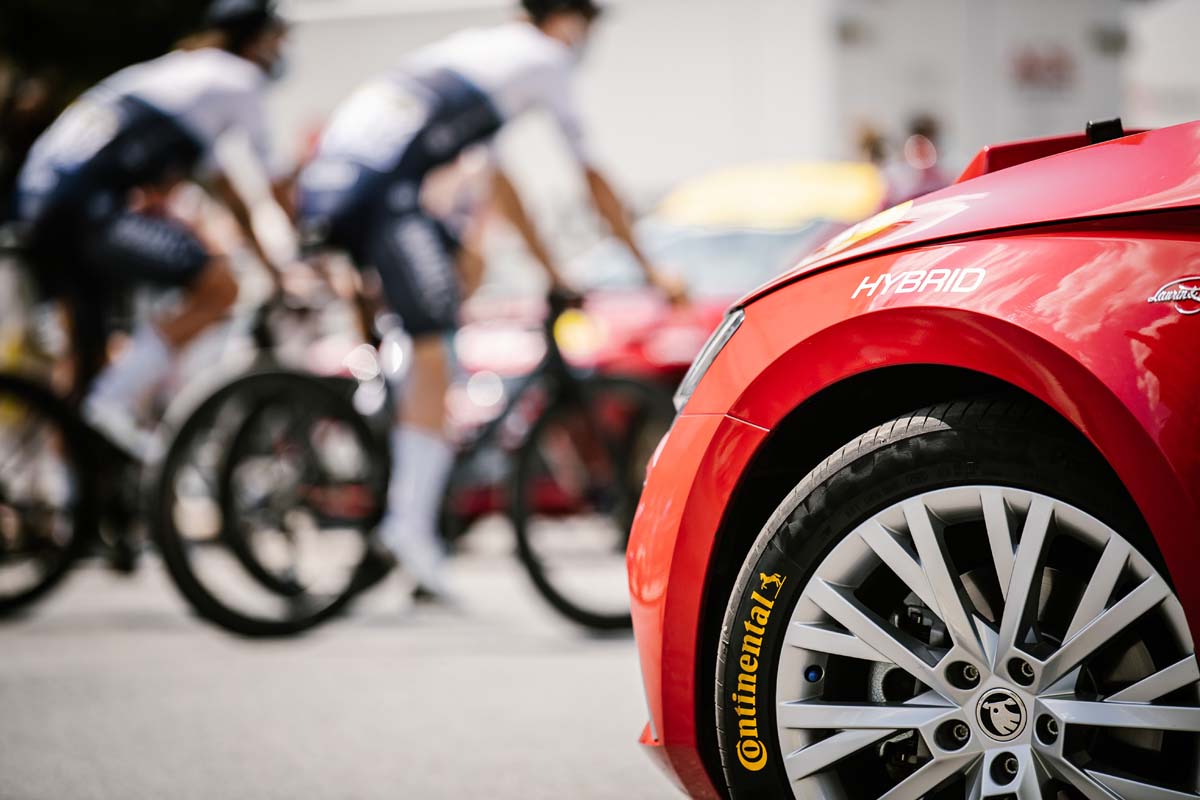 In addition to providing course and support vehicles for the Tour de France since 2004, Skoda have also provided the trophy for the outright winner since 2010 and have been sponsoring the green jersey winner for the leader in the points standings since 2015.