Jeep’s flagship Compass model, the Trailhawk, shows why it’s the best in the line-up.

The Jeep Compass facelift was introduced last year with the launch of the Limited and S-Limited variants (and the limited-edition Launch Edition which was only a launch special). The Trailhawk caps off the range as the flagship Compass variant, and as per those other models, gets new LED headlights and a bigger grille for a slightly fresher face, but more noticeably it has received an interior overhaul. 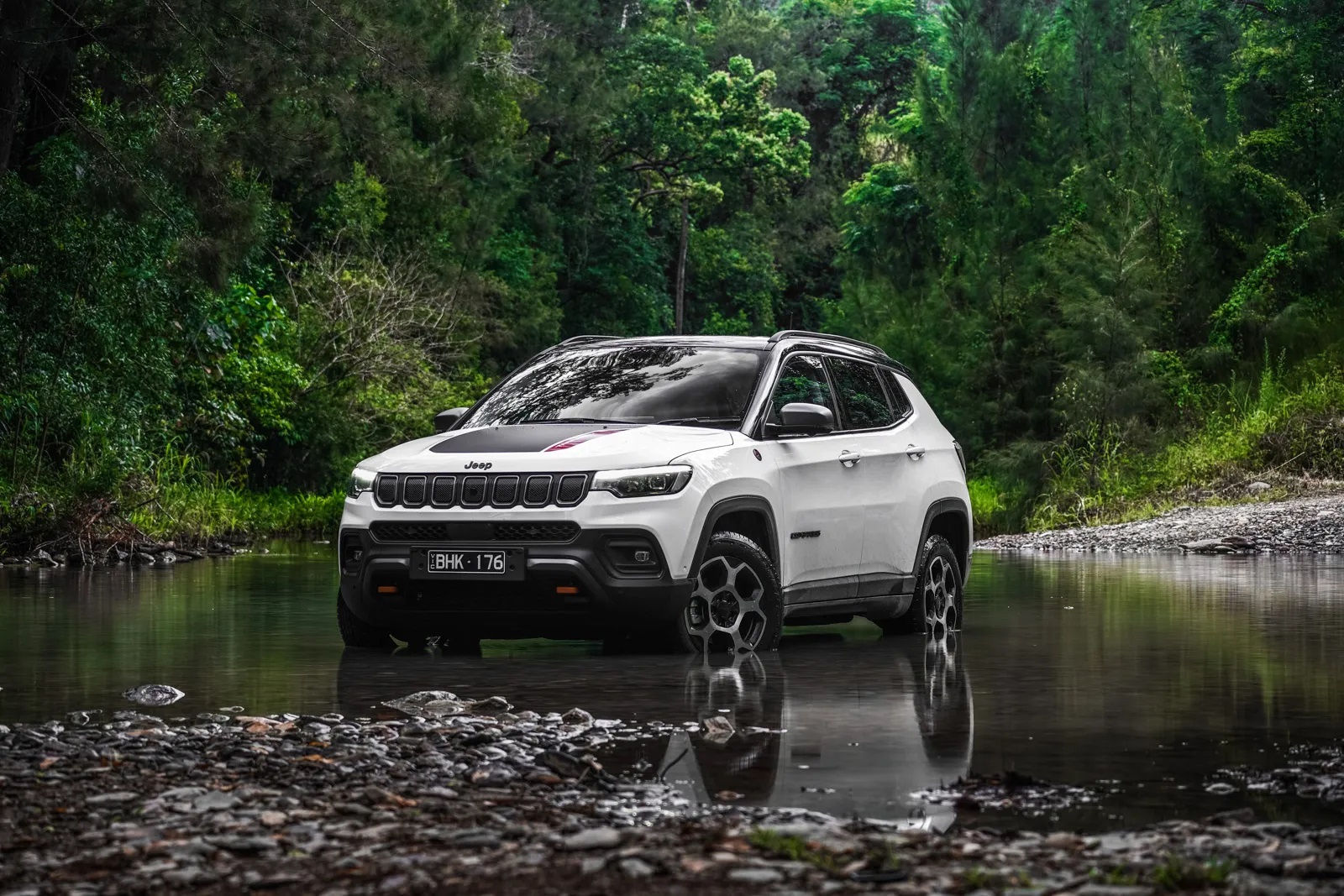 Elsewhere, the Trailhawk carries over its active safety technology that now bolsters the other variants as standard fit. And where the Trailhawk has a 2.0-litre turbo diesel engine, the other grades get a 2.4-litre naturally-aspirated petrol. Finally, that unique four-wheel drive system makes the Trailhawk a trail-rated Jeep, and surprisingly good off-road for a small SUV.

Starting inside, the new dashboard is a change, a new 10.1-inch centre touchscreen is joined by a digital instrument display, while material quality is improved, too.

If you're at all familiar with the defunct Jeep Renegade, the Compass is a far quieter and more comfortable car, as well as a usefully more spacious one.

The big 10.1-inch touchscreen is noticeably faster than the screen it replaced and is compatible with Apple CarPlay and Android Auto. The graphics are sharp and clear, even on a glary day, and the sound system has some punch to it, too.

The dashboard design has a marked resemblance to that of the larger, more expensive Jeep Cherokee and features more physical buttons than a lot of new cars these days, which some buyers will prefer compared with doing everything on a touchscreen.

The latest Compass isn’t the budget car it was previously and takes a leap forward in build quality. It offers a fairly spacious interior for its size, and this Trailhawk has unique off-road capabilities. 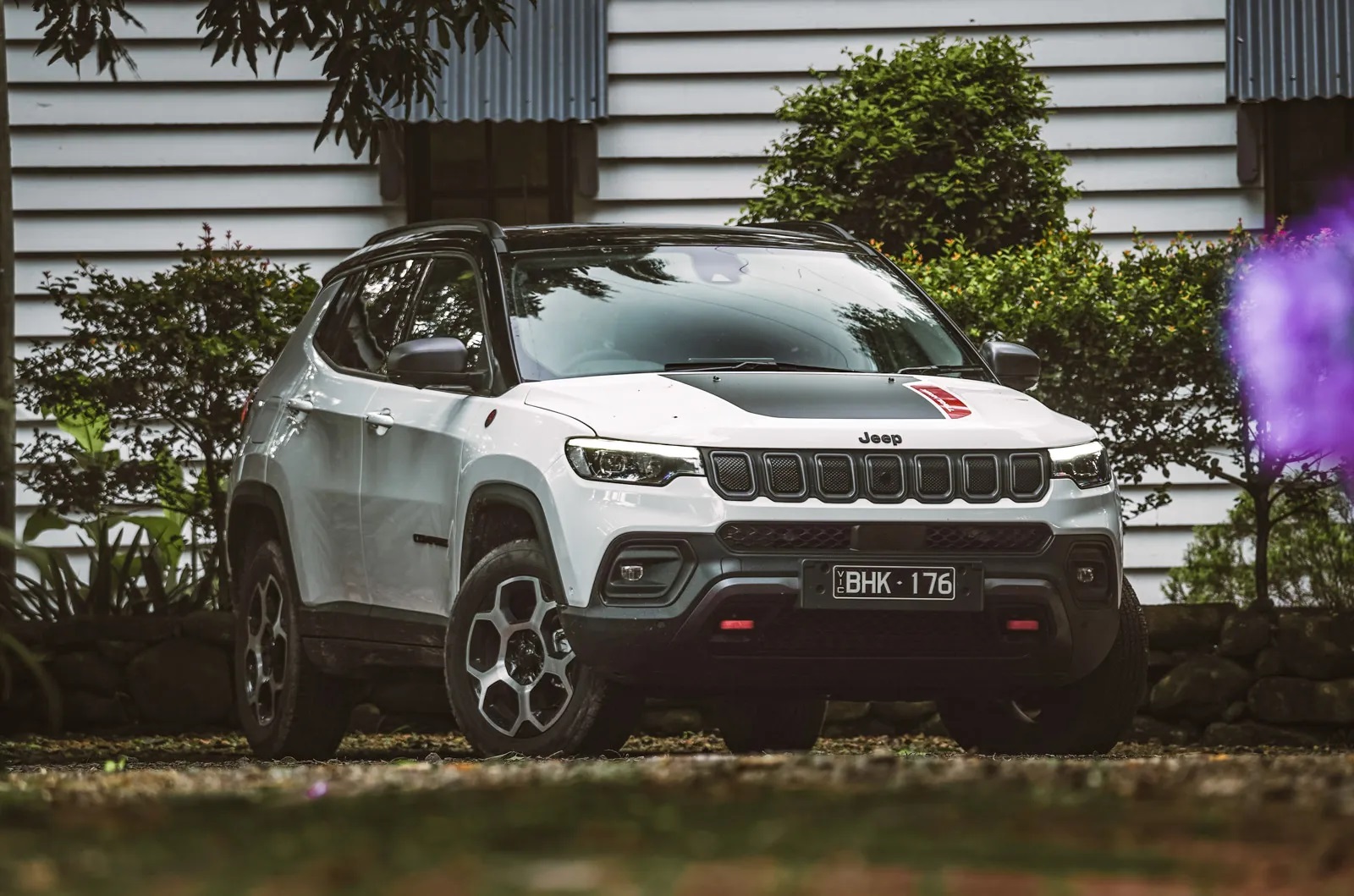 Key to the drivetrain in the Trailhawk is a 2.0-litre turbo diesel engine, producing 125kW and 350Nm through a nine-speed automatic. It’s a pity this engine isn’t available in the other models as it’s smooth, torquey, and gives good economy at the bowser.

Jeep claims 6.9L/100km on the combined cycle and that’s a fairly accurate claim. On the freeway, it can dip below 6.5L, and even when giving it some herbs, it doesn't spike up a great deal. Bags of torque also helps if you're loaded up for a trip.

A key feature of the Compass Trailhawk is the off-road ability, and we were impressed when we took it through some rocky forest roads in Victoria – but note, it’s not an off-roader like a Wrangler is. Over the Limited and Limited-S, the Trailhawk adds an extra-low gear ratio and 4WD Lock to help you make slow but determined progress across properly challenging terrain, making it an alternative to something like the Land Rover Discovery Sport (which is a fair bit more expensive). Jeep’s Active Drive Low system gives the Compass a ‘crawling ratio’ to tackle steep inclines and its clever four-wheel drive can send all the engine’s power to just one wheel if necessary. Selec-Terrain provides Snow, Sand, Mud, Rock and Auto driving modes, with the Rock setting exclusive to the Trailhawk. Taller suspension, underbody shielding, new bumpers and a red tow hook hint at its off-road ability. Even the regular Compass (which is still all-wheel drive) is capable of dealing with situations most families will encounter, but the Trailhawk does provide an extra step up with a more controlled crawl when off-road.

On sealed surfaces, the Compass Trailhawk is a reasonably smooth commuter and provides a natural driving feel with direct but not snappy steering, solid brakes without a wooden response and supple suspension over most normal bumps and joints in the road. Considering this model is set up for more adventurous driving, its urban manners are actually quite resolved.

The car’s crashworthiness was tested back in 2017 when it achieved a five-star ANCAP rating. Times have changed and testing requirements are much harder to pass now than five years ago, but Jeep has recently upgraded safety technology in the car to include (as standard) AEB, adaptive cruise control with stop assist, lane-keeping assist, traffic sign recognition, intelligent speed assist, blind-spot monitoring, rear cross-traffic alert and lane-departure warning. 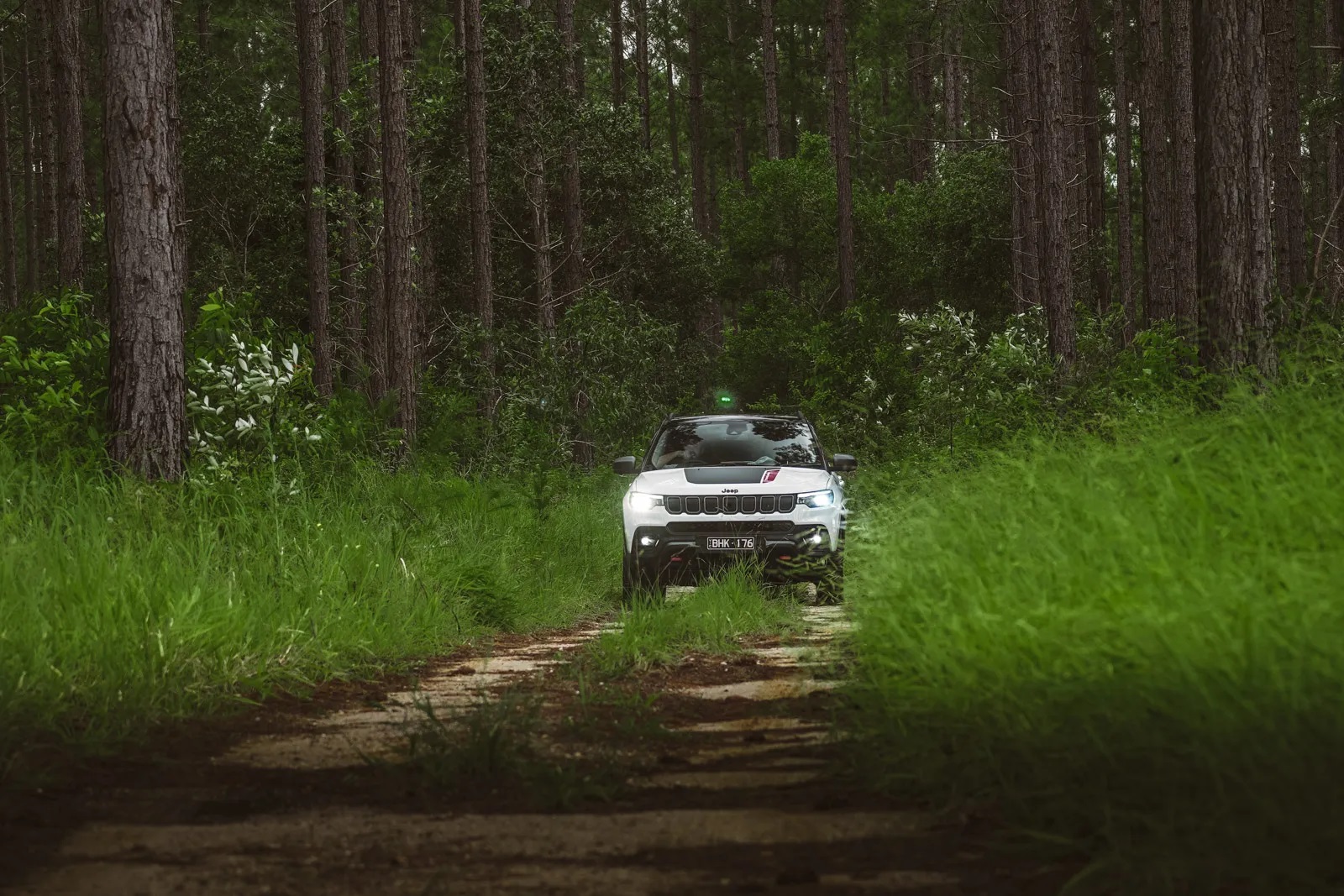 Buyers also get Jeep’s five-year/100,000km warranty (whichever comes first), and lifetime roadside assistance on the proviso that you always service at a Jeep dealership. The first five years of ownership can be further eased with capped-price servicing, which fixes the first five of the 12 month/12,000km services at $399 per visit for the diesel turbo Trailhawk (the petrol Compass models are priced at $349 per visit).

It is clear that Jeep is pushing hard with heavily upgraded or new models. This Compass, while a facelift, brings some pertinent upgrades in the form of safety to the greater range, and some pleasant cabin comforts such as a redesigned dash with better technology. The upgrades come at a cost, though, with the Trailhawk priced at a substantial $52,650 (before ORCs).

For those who want adventurous styling and some off-road capability, the Trailhawk is unique in its segment, and the engine is strongest in the line-up.