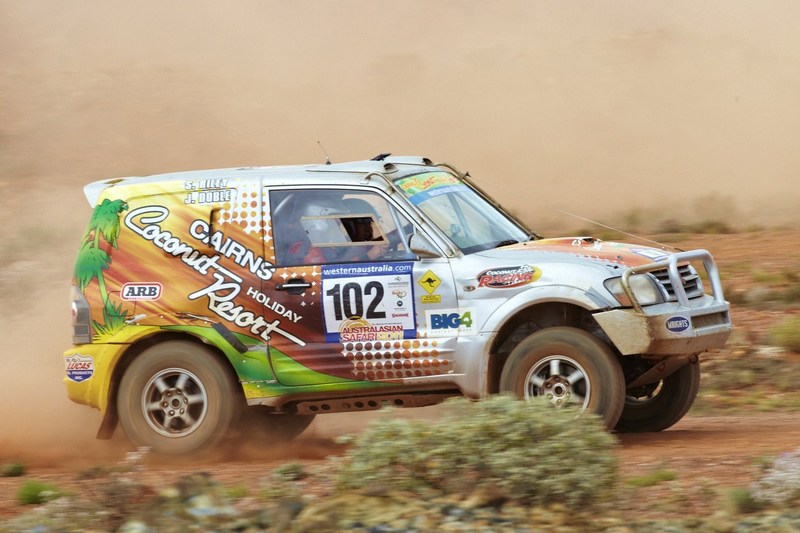 The course for leg 6 took competitors west of Leonora, in and around old mine sites, salt lakes and areas damaged by water erosion for 377 competitive kilometres
Quick times on both stages of leg 6 of the Australasian Safari from Craig Lowndes and John Panozzo look like they won't be enough to prevent Steve Riley and John Doble. With one leg left to run, the 2008 and 2009 are on track for a third win in this year's event.

The course for leg 6 took competitors west of Leonora, in and around old mine sites, salt lakes and areas damaged by water erosion for 377 competitive kilometres. Some of the tracks had not been used for several years. Rough, rocky and overgrown sections marked parts of the course, which finished in deep sand and a final fast section.

Lowndes/Panozzo won the leg by 25 minutes, but are placed well down the field after yesterday's tumble, which resulted in a ten-hour penalty. Barring some major mechanical DNFs from other competitors, Lowndes looks unlikely to achieve back-to-back Safari victories.
"We went really well today, the navigation was challenging and the car's going well after last night's repairs," Lowndes said.

Steve Riley and John Doble are now the likely victors, leading the autos by just shy of two hours.
"It was a bloody hard day today, rough from the word go and I was over it," Riley said.
"I just tried to conserve everything, it didn't matter how slow we went, we still got big hits. The roof air vent got ripped off so it got really hot in the car - not comfortable.
"The race is mine to lose, we just want to get the car and ourselves home in one piece."

John Pursehouse and David McShane have moved into second position after a strong day in their Mitsubishi Triton. Terry Conner and Jodi Conner lost their second overall position due to mechanical failure in leg 6's first stage.

"We hit a stump and bent the diff. We managed to get it back in but I'm not sure whether we'll get it fixed for tomorrow," Terry Conner said.
"I've got away with it thousands of times but this time it got us."

That damage moved WA pair Adrian Dilallo and Rob Masi in their Mitsubishi Evo Pajero to third at the end of leg 6.

Today marks the final leg of Australasian Safari, taking off from Leonora to Kalgoorlie and finishing with the final section at the new Kalgoorlie Golf Course and the finish line. There is a spectator point at the golf course and the public are invited to come along and watch the action and the official podium finish. 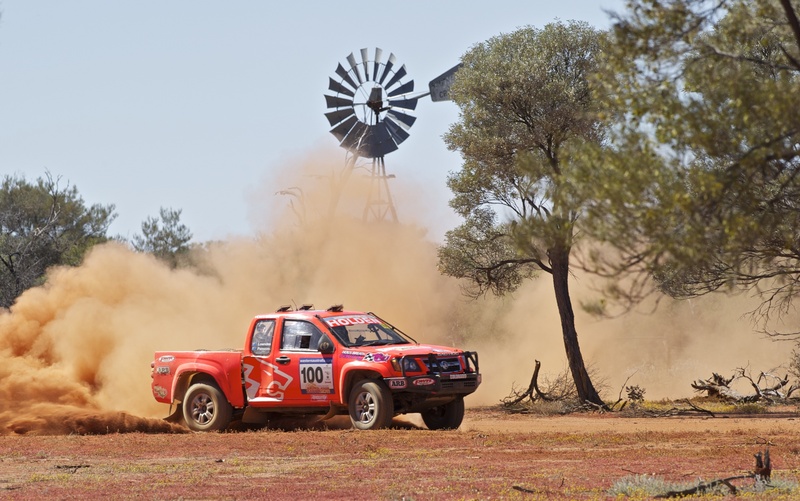