The new Kia Niro is the first SUV in Australia to offer three choices of efficient drivetrain: a normal hybrid, plug-in hybrid, and fully electric. It’s also the brand’s first electric model down under and brings some needed competition to showroom floors for car buyers. Here we test the new Kia Niro PHEV.

The Niro is available in three different drivetrains and two trim choices for each, giving a total of six variants to choose from (see pricing below). All Niros come with Kia’s standard (and one of the best) seven-year/unlimited-kilometre warranty with roadside assistance and capped-priced servicing is available over the same period. 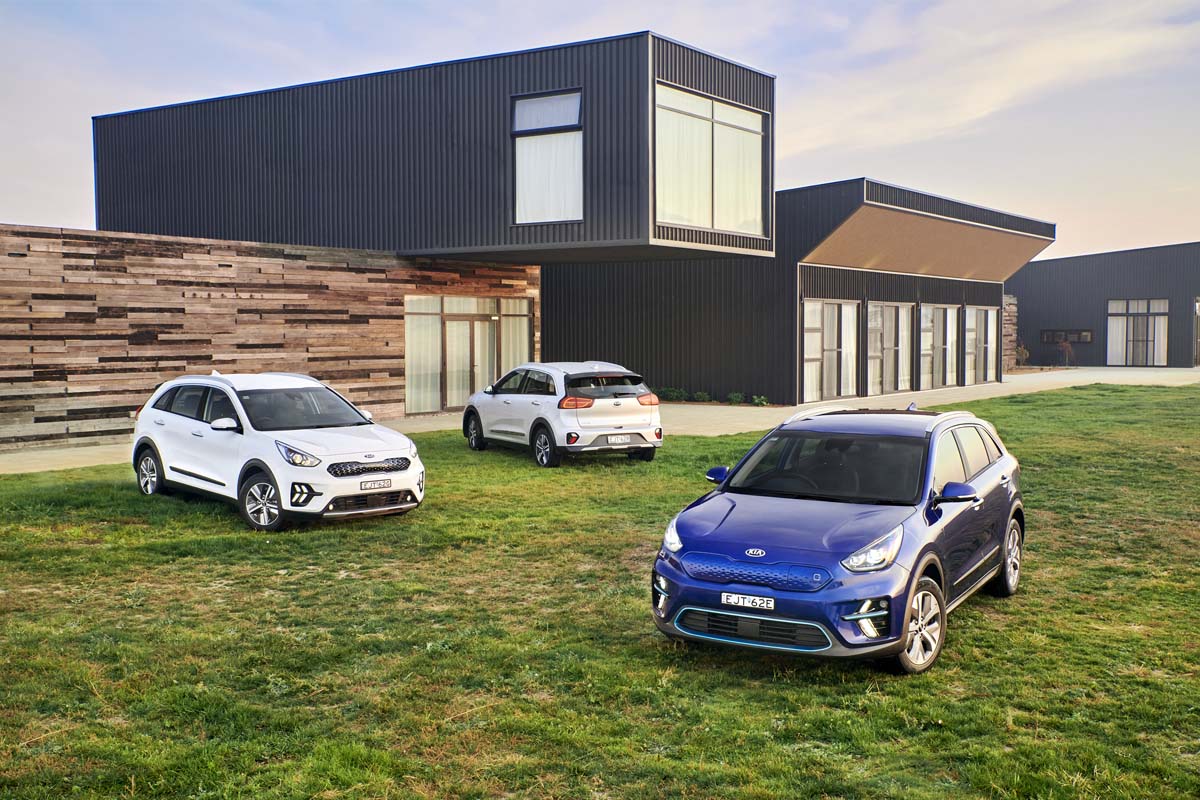 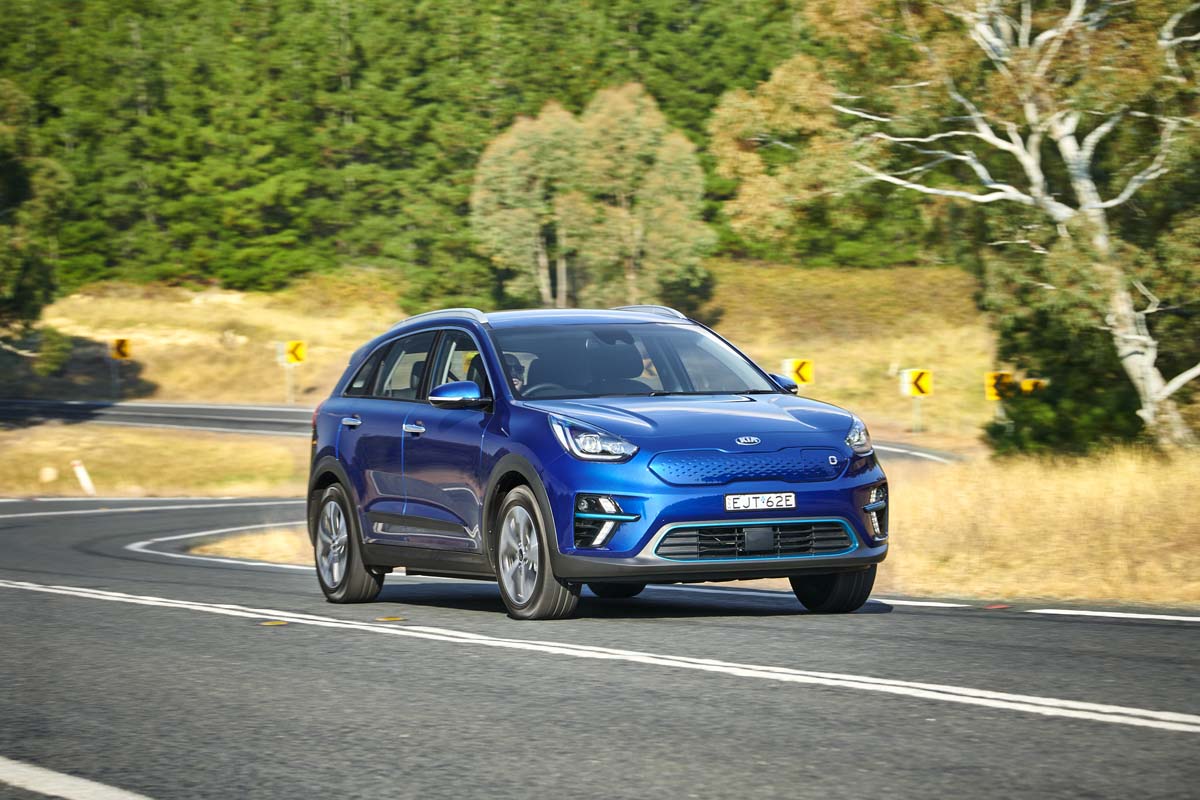 What Does It Cost To Own?

Kia offers a standard seven-year warranty on the Niro range with unlimited kilometres coverage, though the EV’s battery is restricted to 150,000km; if the battery’s capacity drops below 75 per cent within the 150,000km/seven-year timeframe, it is covered under warranty. This coverage also includes seven years of roadside assist, but try not to let the EV’s battery go flat in the middle of nowhere… 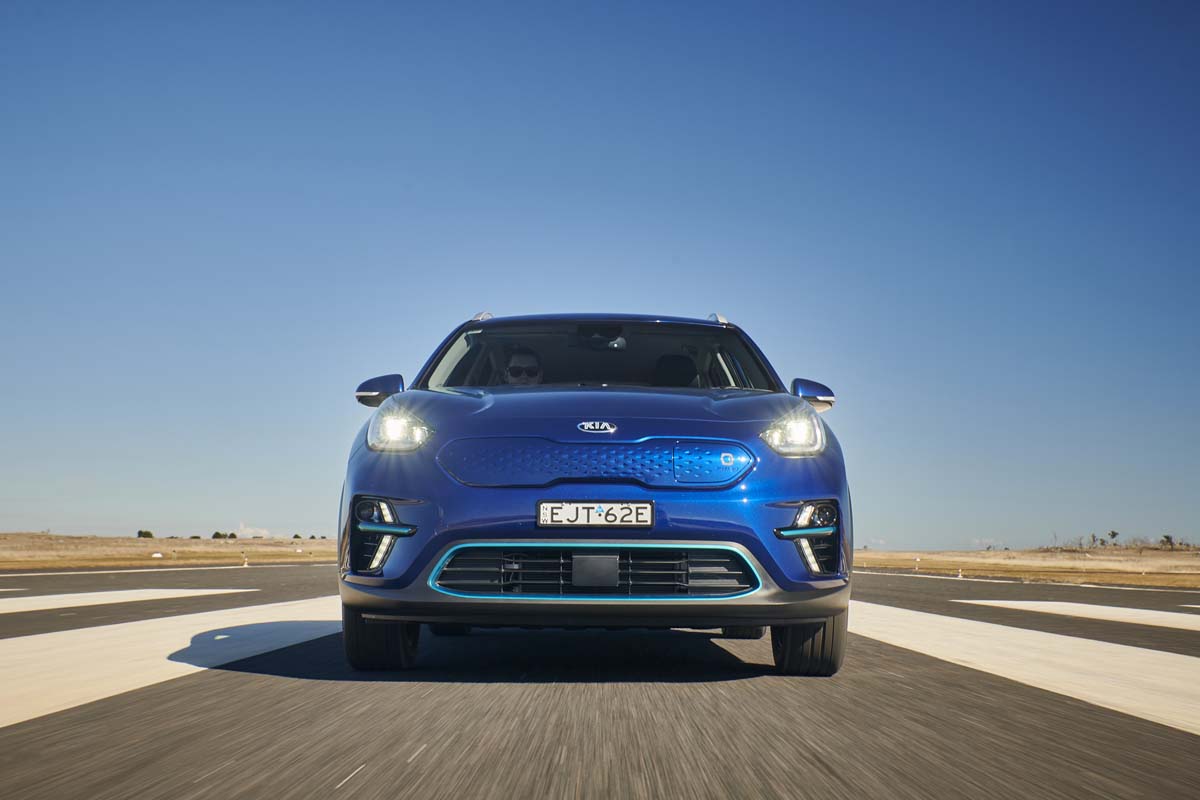 The Niro slots straight into the Kia showroom and doesn’t bring any potentially polarising or far-out looks. It is actually around five years old in its lifecycle and is arriving in Australia a little later than when it launched in Europe, but some updates freshen appearance and even the base S rides on nice 16-inch alloys, even if the larger 18s look the part.

It is the fully electric version that looks stands out most in the Niro lineup on account of it not requiring a ventilated grille. Instead, the grille is closed in for aerodynamic and thus efficiency gains, plus there is some bright blue piping around the fascia to stand out that little bit more. On this PHEV, we have a standard grille because it uses a petrol engine as well as a small electric motor. 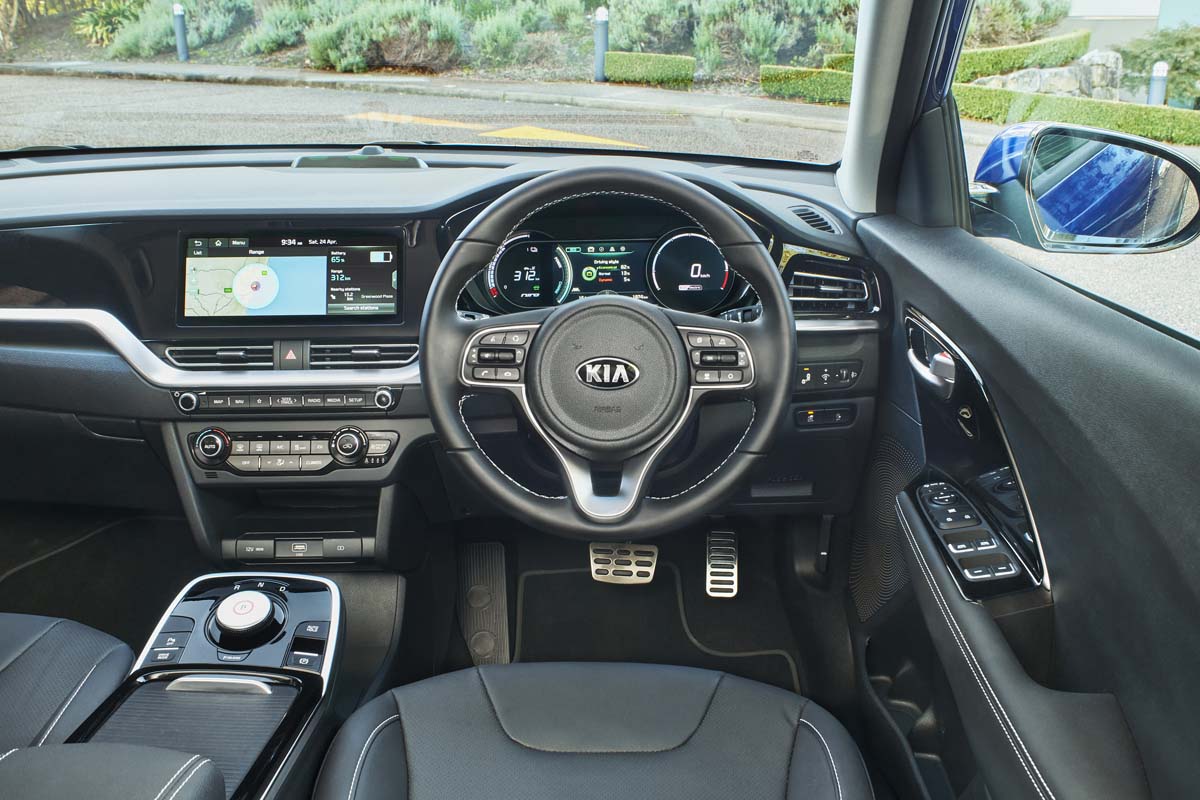 The overall feel inside is certainly that of Kia’s standardised design, with a familiar gearshift, dash and steering wheel. It’s all a good thing given it’s a practical and easy to live in cabin. Integration of the display is nicely done too, and the instrument cluster for the PHEV includes a small digital display and unique tachometer that’s eco-focused.

For the driver, the steering wheel is leather-wrapped and the eight-way electric seat with lumbar support has a firm but comfortable feel underneath. The Sport also receives a nicer leather upholstery with perforation and alloy pedals over the rubber items. Dual-zone digital climate control is also offered in Sport spec only.

In the second row the foot space is relatively large thanks to the generous 2700mm wheelbase and the width for two adults in the back is fine. There are also isoFIX anchor points and enough space for a rear-facing baby seat to fit snuggly. Headroom is fairly high too, so tall passengers won’t mind but due to the PHEV’s larger battery (over the hybrid) being located under the boot, the boot is a smaller 324L. 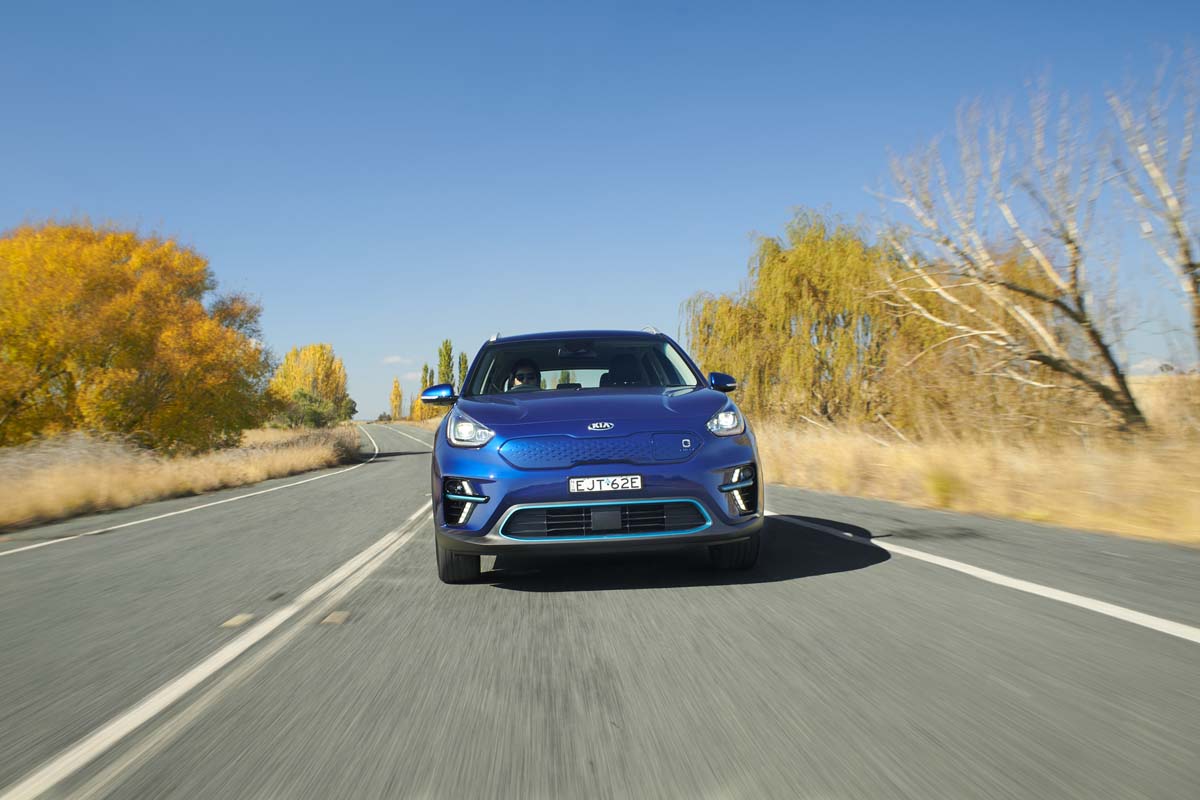 How safe is the Kia Niro?

The Kia Niro hybrid and plug-in hybrid were awarded a Euro-NCAP five-star rating in 2016, which equates to a local five-star ANCAP that is current. However, the electric version is untested, though it rides on similar underpinnings but with a heavy battery underneath. 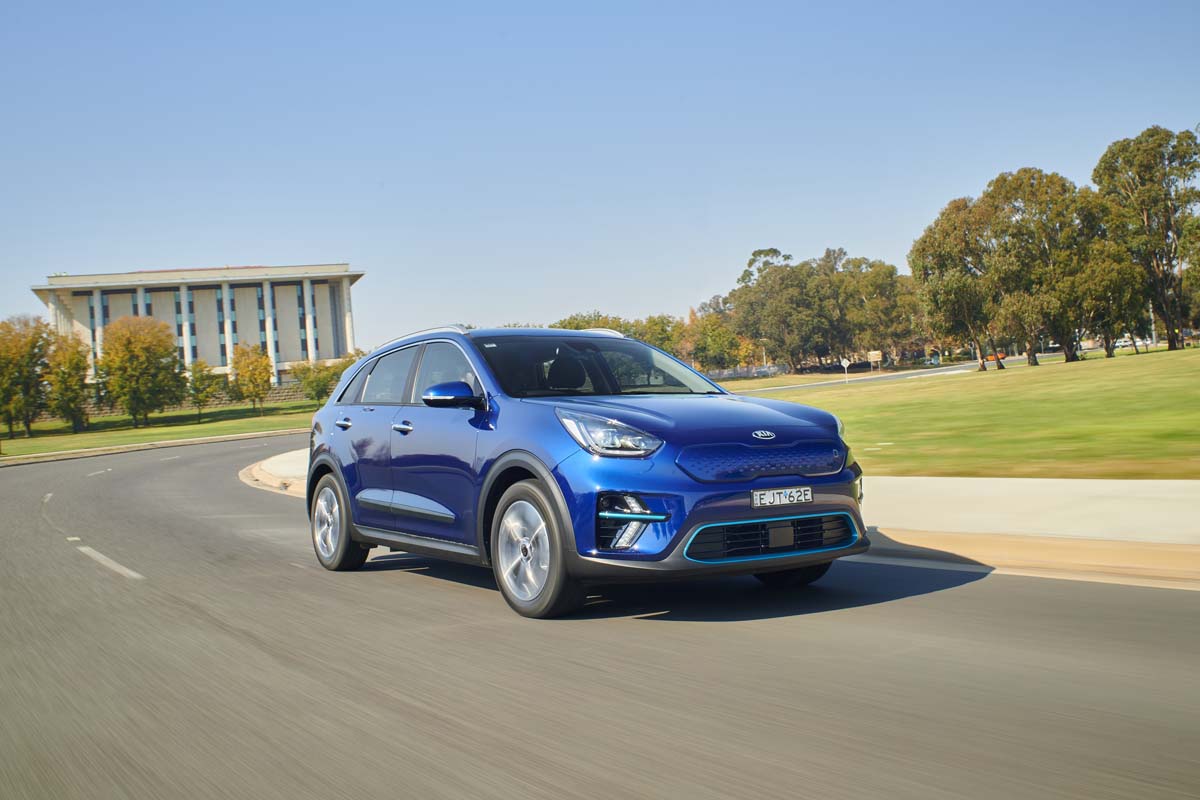 The main difference between S and Sport inside for many will be the size of the infotainment screen, which measures 8.0-inches in S and 10.25-inches in the flagship. It’s a move you see in other Kia models and like with say the Sorento, the bigger screen is better. That doesn’t mean the 8.0-inch isn’t good, as its Apple CarPlay, Android Auto and size is all enough for most, but the larger screen looks nicer and comes pre-loaded with sat-nav.

That said, you still get sat-nav via a connected Apple or Android phone, which is wired through the USB port underneath.

While the Niro EV does away with any sort of combustion power, the Niro PHEV and Hybrid use the same 1.6-litre GDI petrol engine (the Kappa motor), producing 77kW and 147Nm on its own. Power is sent to the front wheel exclusively via a dual-clutch six-speed automatic transmission where a small electric motor producing an additional 44.5kW and 170Nm augments total output to 104kW and 265Nm.

Energy is fed to the electric motor from an 8.9kWh 360volt lithium-ion battery, which is much larger than the normal hybrid’s battery. 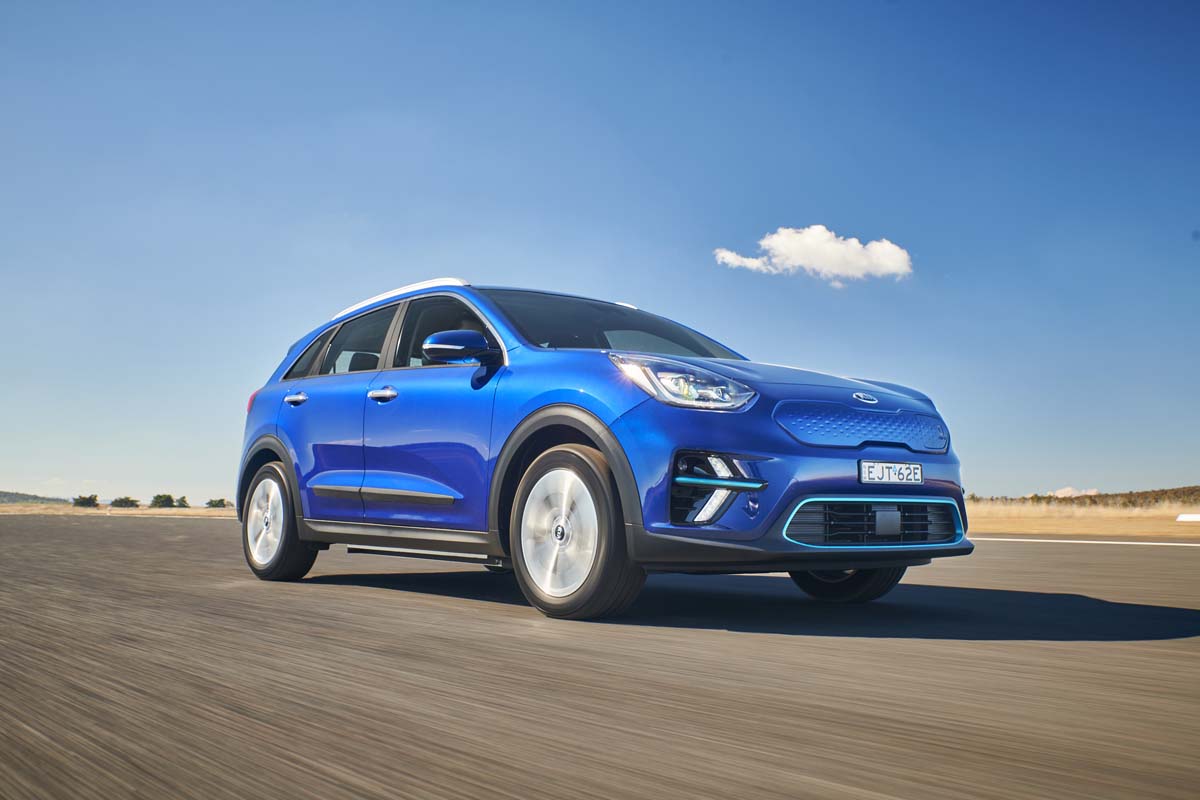 How about driving range and recharging?

The total electric-only driving range quoted from Kia is 58km, which is a little above par for a modern-day PHEV. In reality, you should easily cover the average commute if charging at home, and a longer commute if your office or site has a plug to use.

The plug can be an ordinary 240volt 10amp house outlet at around 2kWh which will take around five to six hours to charge up. A more powerful 15amp socket will get the job done in under three hours easily. The included Type 2 charging socket, which connects to the kinds of fast chargers you find at shopping centres and along the highway, will also work, but the cars inverter caps charging at the same 3.3kWh rate as a 15amp socket.

The fuel use of the hybrid electric drivetrain is a claimed fuel consumption figure of 1.3L/100km on the government combined cycle. You’ll safely do that around the ‘burbs with a charged battery (or even much better), but on the highway, it will creep up to around 4L/100km as the battery runs out (though it does still work as a hybrid, even without a full charge). 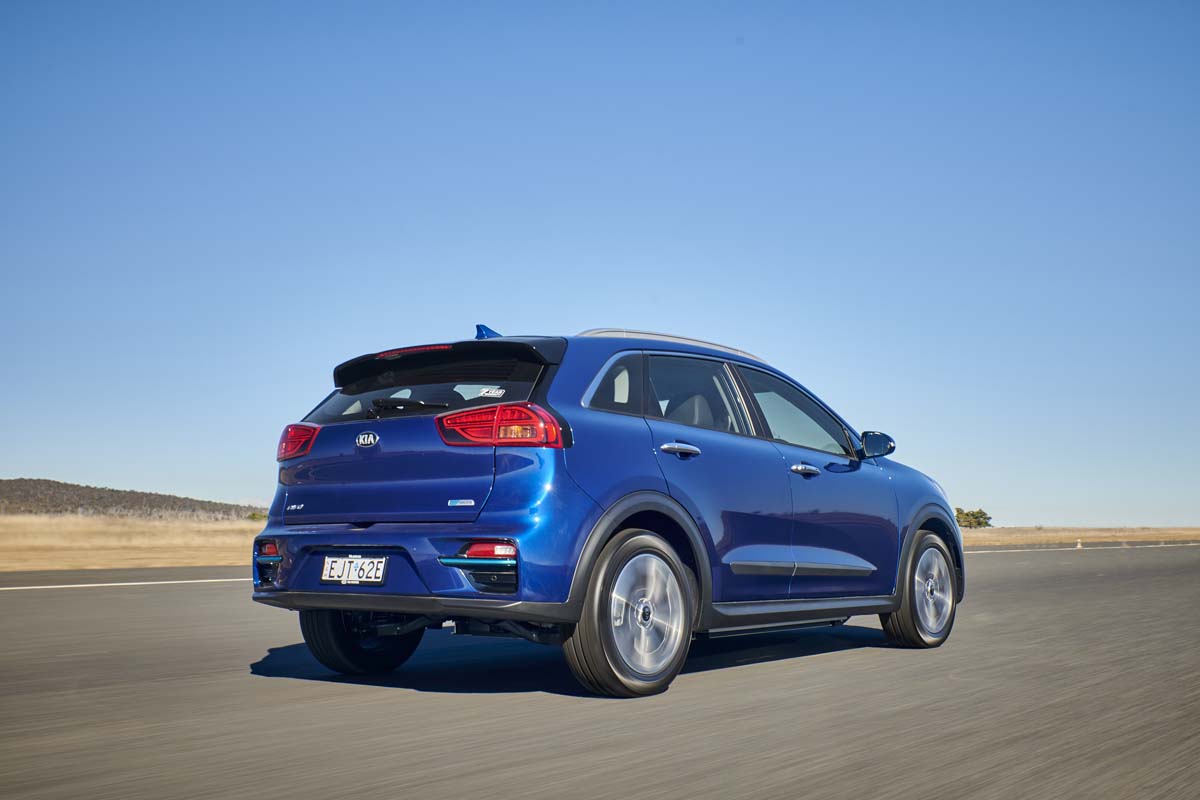 Expect an easy ride and nice compliance around town due to a balanced suspension tune and light steering feel. The Niro does not actually get the usual local Australian tuning most Kia models benefit from, but the front strut and multi-link rear are setup well from the factory in Korea and it blends well with the usual Australian urban landscape. Move further out and the experience is similar, with a nice rolling waft on the highway and good suppression of noise from the quality Michelin rubber tyres.

On rougher roads like gravel and over corrugations there’s a touch more jostle but hardly worth grimacing about unless that is your usual route.

At the absolute, the Niro holds up well on some quicker corners though a heavy 1564kg footprint thanks to that large battery over the hybrid and the fact that this is a green car, not a fast green machine, means it’s never going to be peddled all that quickly.

But the drivetrain remains efficient and willing, with some unique character from the electric motor/combustion engine setup, one which is easy to live with and uses a mix of electric-only or both petrol and electric depending on acceleration input. You can also override this with eco and electric driving modes, plus a sport setting.

As an urban SUV, it hits the brief and disguises a fair chunk of that battery weight too. If you’re coming from a petrol-only car to this, you won’t be out of depth either. 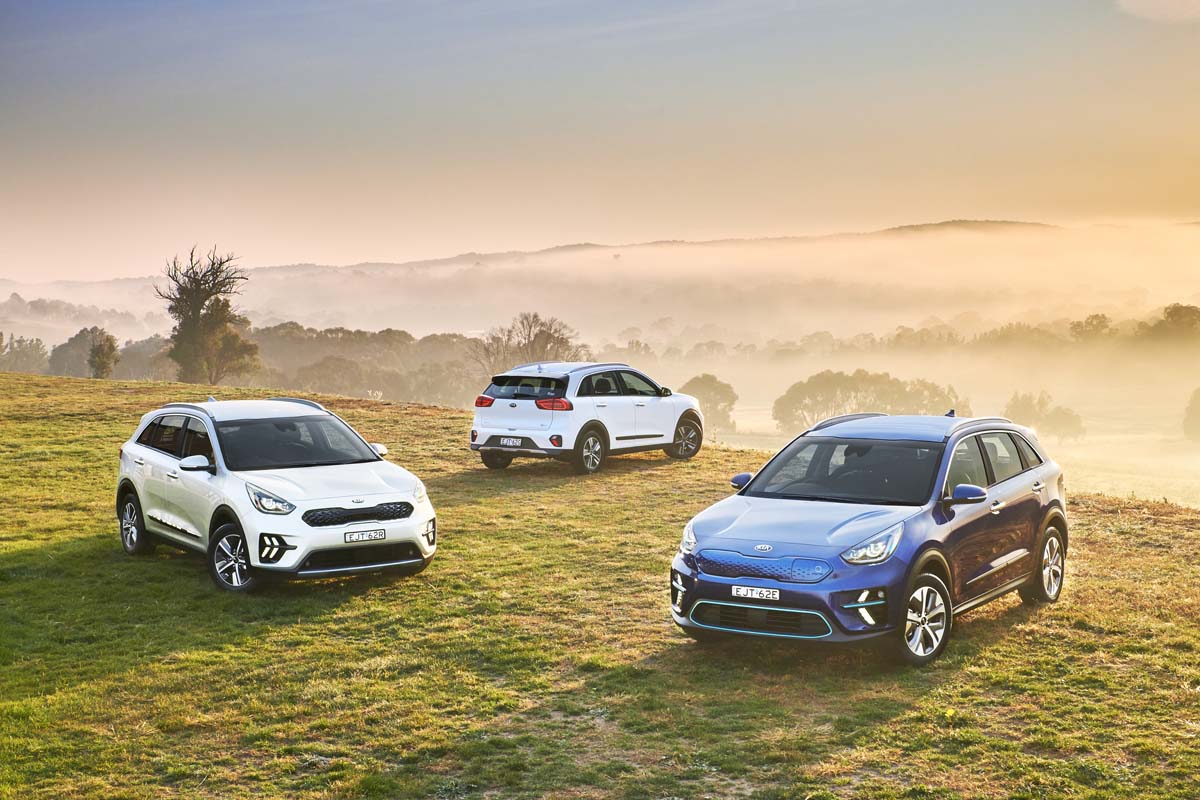 Better late than never, the Niro might be a few years long in the tooth but it’s on about the same timeline as most rivals and it offers something quite unique in being the only SUV with three eco-friendly drivetrains.

We like this PHEV and the added benefit of a long driving range over the normal hybrid is worthwhile, if you can cough up the extra $7000. And to that point, charging at work and for free at some facilities will quickly drop your fuel bill and overall cost average. Charging at home can also be done off-peak (and should!), or even better, you might have solar panels.

About the only thing lacking is a quicker recharge time than the 3.3kWh, but for the ultimate electric charging and driving experience, you would simply go for the Niro EV.