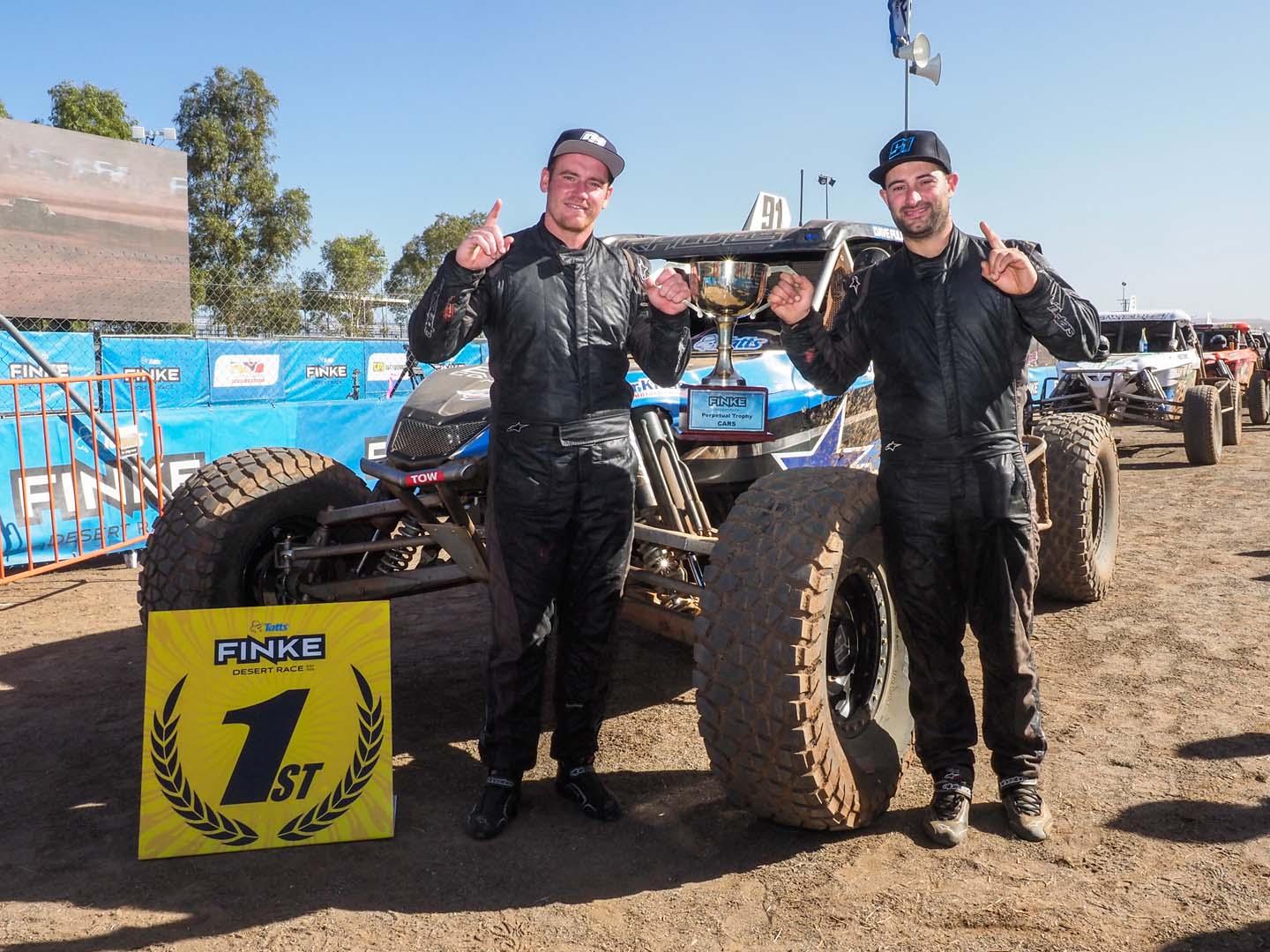 Jack Rhodes and David Pullino are the 2019 Tatts Finke Desert Race champions, winning their first-ever ‘King of the Desert’ title.

No strangers to off-road racing, the South Australian pair are long-term CAMS AORC campaigners (including winning the 2016 championship), with an equally long Finke history.

Rhodes first competed in the annual two-day race in 2011. Failing to finish that year, Rhodes also DNF’d in the two that followed: indeed, he failed to even complete the first day’s leg to Finke on each occasion.

With those recent performances, Rhodes was considered a chance for victory at this year’s 44th Finke Desert Race, along with the Rentsches, David Fellows, Glenn Owen and Beau Robinson, but most of the pre-race attention was on Toby Price.

A six-time victor in the Bike category at Finke, Price was aiming to secure his first Car category win this year.

The two-time Dakar champion (Bikes) first ran in the Car category at Finke in 2016 and scored an impressive second on debut. That same year, and in the two years that followed, Price upped his workload by doing the ‘Ironman Double’ – running in the Car and Bike categories, aiming to win both.

Due to a wrist injury suffered last December, that was exacerbated in his victorious ride at January’s Dakar rally, Price only ran the Car category this year.

When entries for this year’s Finke opened back in February, the popularity of the event was evidenced by all available places being filled within 3.5 hours. The take-up was so quick, in fact, that even Price missed the initial cut and had to go on the wait list, hoping for others to drop out in order to secure his entry. 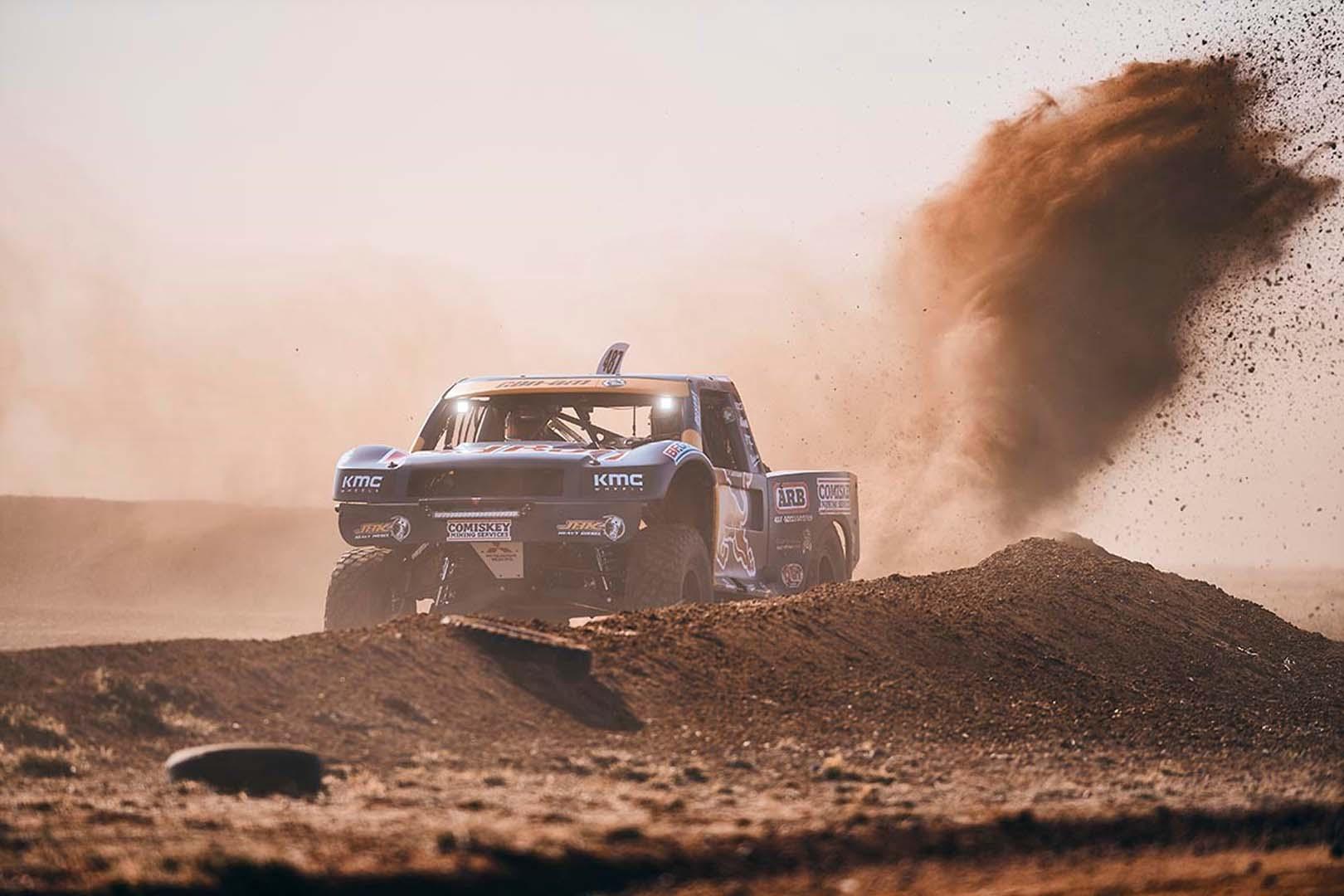 Fortunately for Price, he did make the final cut and made his presence felt with a winning time in the Prologue. Behind the wheel of his #487 Geiser Bros. Trophy Truck, Price and navigator Jason Duncan completed the 8.3km Prologue track in 4m41.5s – the first time a Trophy Truck had ever won this section of the event.

Second in Prologue and 3.8 seconds behind Price were Shannon and Ian Rentsch in their #1 Jimco Buggy, followed by Josh Howells and Eric Hulme in the similar #3 machine; a further 3.5 seconds back.

The Trophy Trucks of Beau Robinson / Shane Hutt (#413) and Brad Gallard / Scott Modistach (#454) were next best, aiming to break the stranglehold that the Pro Buggies have had on the outright result at Finke since 2013. A mix of Pro Buggies and Trophy Trucks completed the Top Ten.

Rhodes and Pullino failed to complete the Prologue after rolling their Nissan-engined Jimco Aussie Special Buggy, which actually caught fire but was extinguished almost immediately, thanks to the intervention of other competitors who had also crashed out of the Prologue.

This was the second successive year that Rhodes and Pullino crashed in the Prologue, but despite their dramas, the #91 buggy was undamaged (albeit a little singed!) and the pair were allowed to start Day 1’s 226km run to Finke from 14th in the starting order. 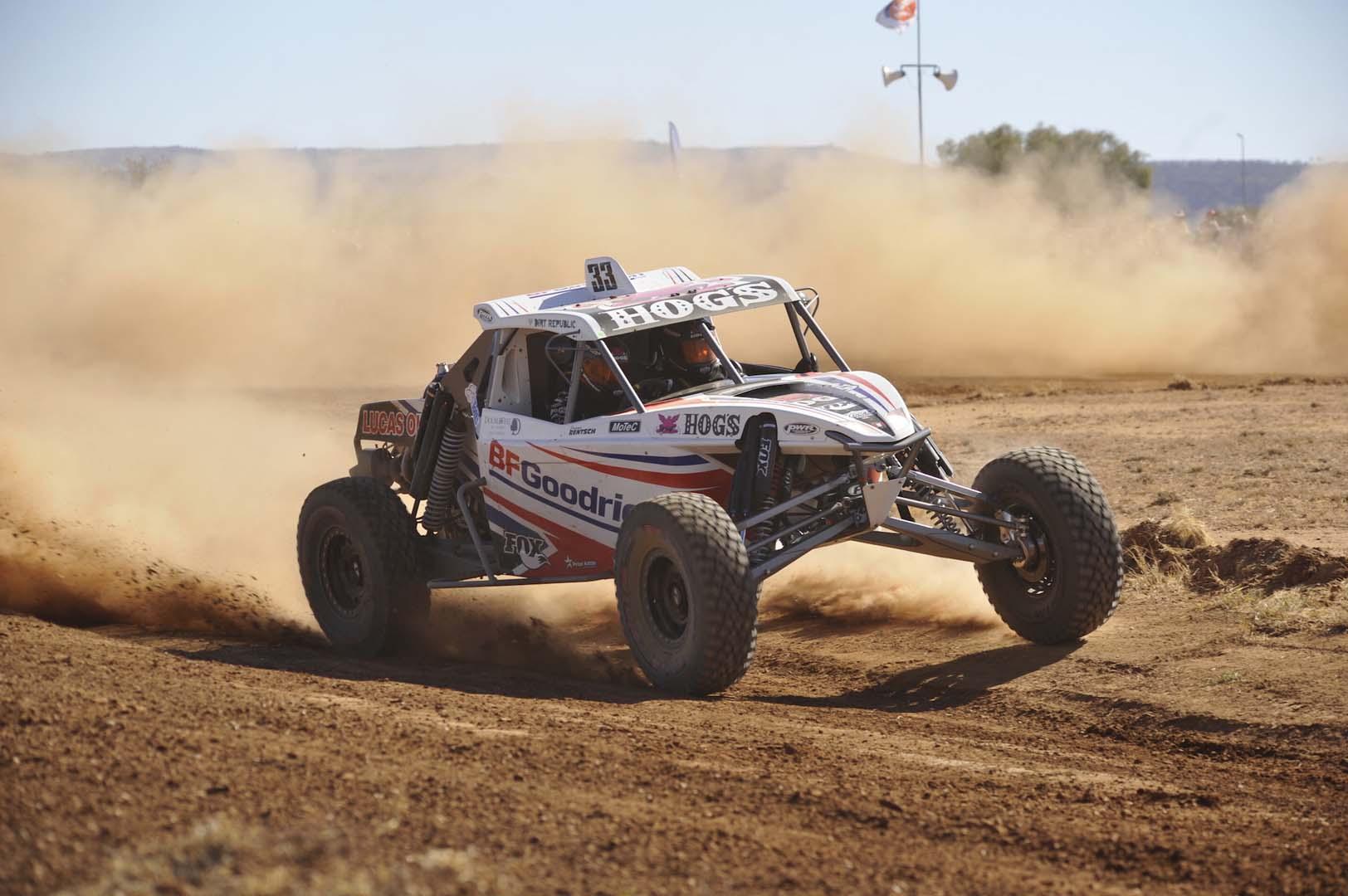 In typically dry Finke conditions, the opening day’s run from Alice Springs to Finke saw Price lead the field away at 7:45AM, completing the 226km in 1 hour 44 minutes and 12 seconds.

Averaging 130km/h for the journey, Price would later state he was in “full kill mode” as he achieved a new record time.

The Rentsches were on Price’s tail early, coming into the Bundooma checkpoint only two minutes behind, but lost time with a puncture after the Mt Squires checkpoint to reach Finke in tenth overall.

Dealing with excessive dust in the still conditions, Rhodes had a relatively slow run into the first checkpoint at Deep Well but after passing a number of cars was close to Price’s times through the rest of the leg. Rising through the ranks, Rhodes finished second overall, but still a sizeable 7m44s behind Price.

Robinson would finish the day third overall, 25 seconds behind Rhodes, with Howells and Taylor further back in fourth and fifth respectively. Brent Martin (#6 Jimco Prolite Buggy) was sixth overall and the first Prolite into Finke, while his brother Dale (#133 Tatum Prolite Buggy) recovered from a slow start to finish ninth after a solid 15th place in Prologue.

Bentley would retire before Mt. Squires, while Gallard was out before he even reached Deep Well - joining more than 30 others who failed to complete the opening day or finished out of time. 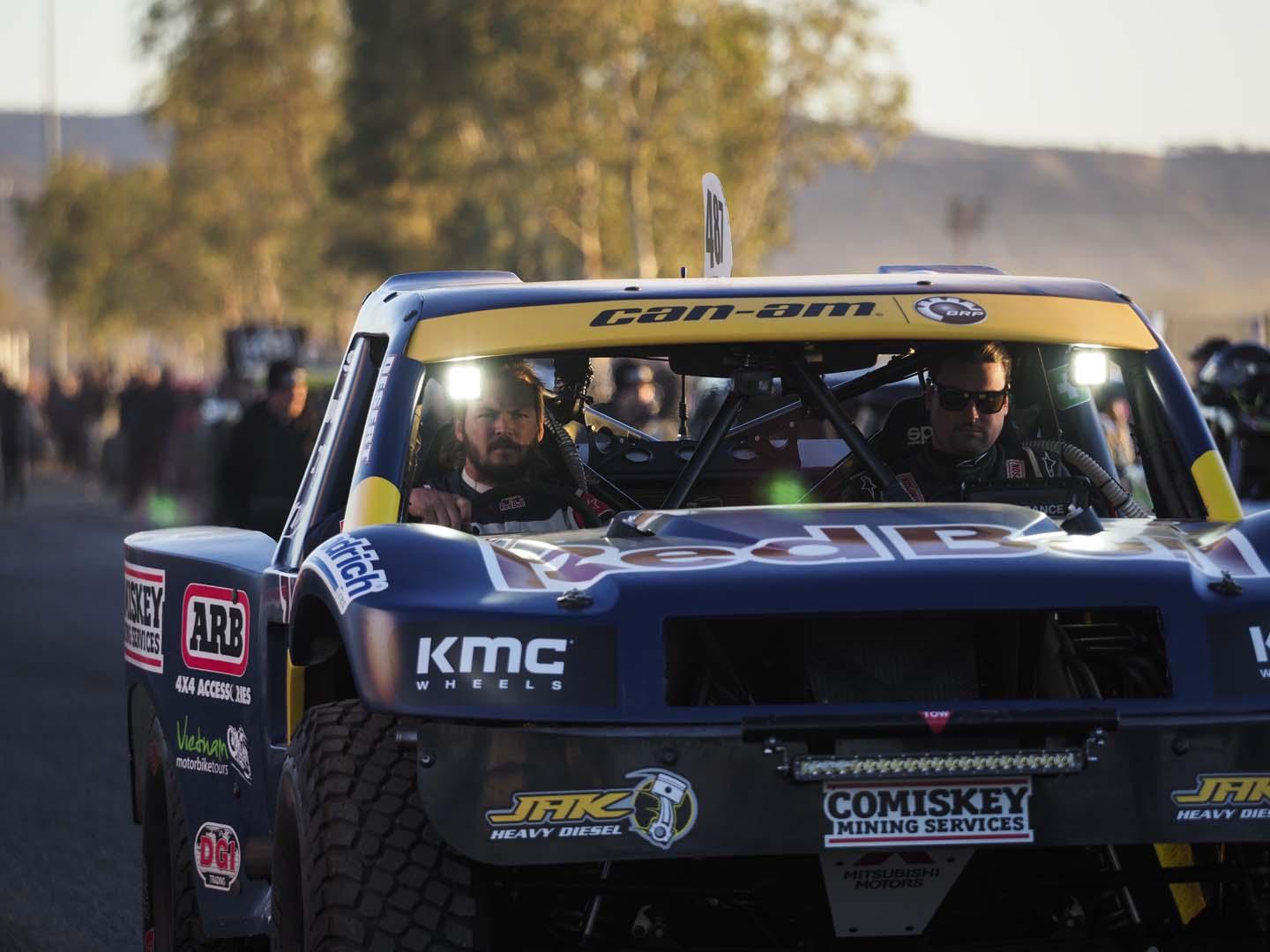 With serious time to make up, Rhodes started with a fast run from Finke to the Mt. Squires checkpoint, hitting the first marker 2 seconds ahead of Price, but soon after, Price was out of the race with a blown diff on his 2WD Trophy Truck.

Robinson would also fail to reach Alice Springs; out with mechanical failure after Deep Well, while Phil Lovett (#697 Can Am X3), the first Side by Side into Finke, retired in the same section.

Dramas between Rodinga and Deep Well robbed Taylor of a Top Five result, and while he did finish, it was out of time.

With Price and Robinson out of the running, Rhodes could have eased off, but put the hammer down instead, setting fastest times through the remaining checkpoints, including a very fast run from Bundooma to Rodinga, to claim the Day 2 win and the overall - his first ever King of the Desert crown.

“It’s unbelievable!” Rhodes said. “I can’t believe we’ve come from that far back to win it. I think with everything in the years leading up to this has made it even sweeter. “It’s been a mental journey, but we’re here.”

Pullino added: “We’ve finally done it! To be the bridesmaid so many times… it’s been a great effort to get there on the podium that many times, but this is so much sweeter now. The top step is awesome.”

Unable to match the pace of Rhodes on Day 2, Howells was second, while Brent Martin completed the podium. With Dale in sixth and Craig (#25 Alpha Chev Pro Buggy) in ninth, there were three members of the Martin family in the Top Ten!

Fourth for the day and fourth overall was Burrows, while Rentsch, coming from a long way back, finished Day 2 in third for fifth overall.

With the likes of Price, Robinson, Gallard and Bentley all failing to finish, the Trophy Trucks had a tough time of it this year, with a best of 40th overall for the #433 Bennett Chev of David Bird, while the Geiser Bros. machine of five-time winner David Fellows finished 57th. 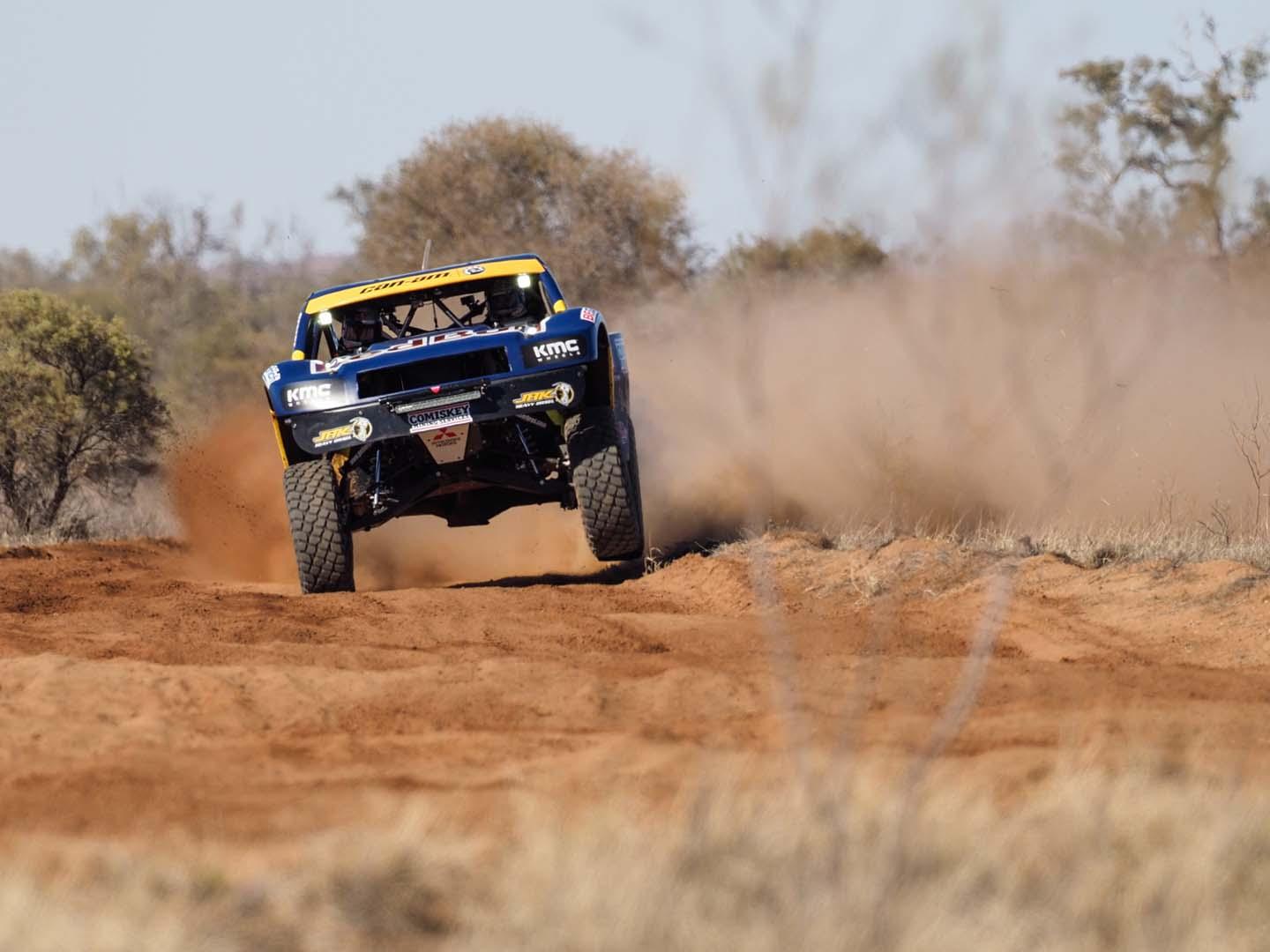 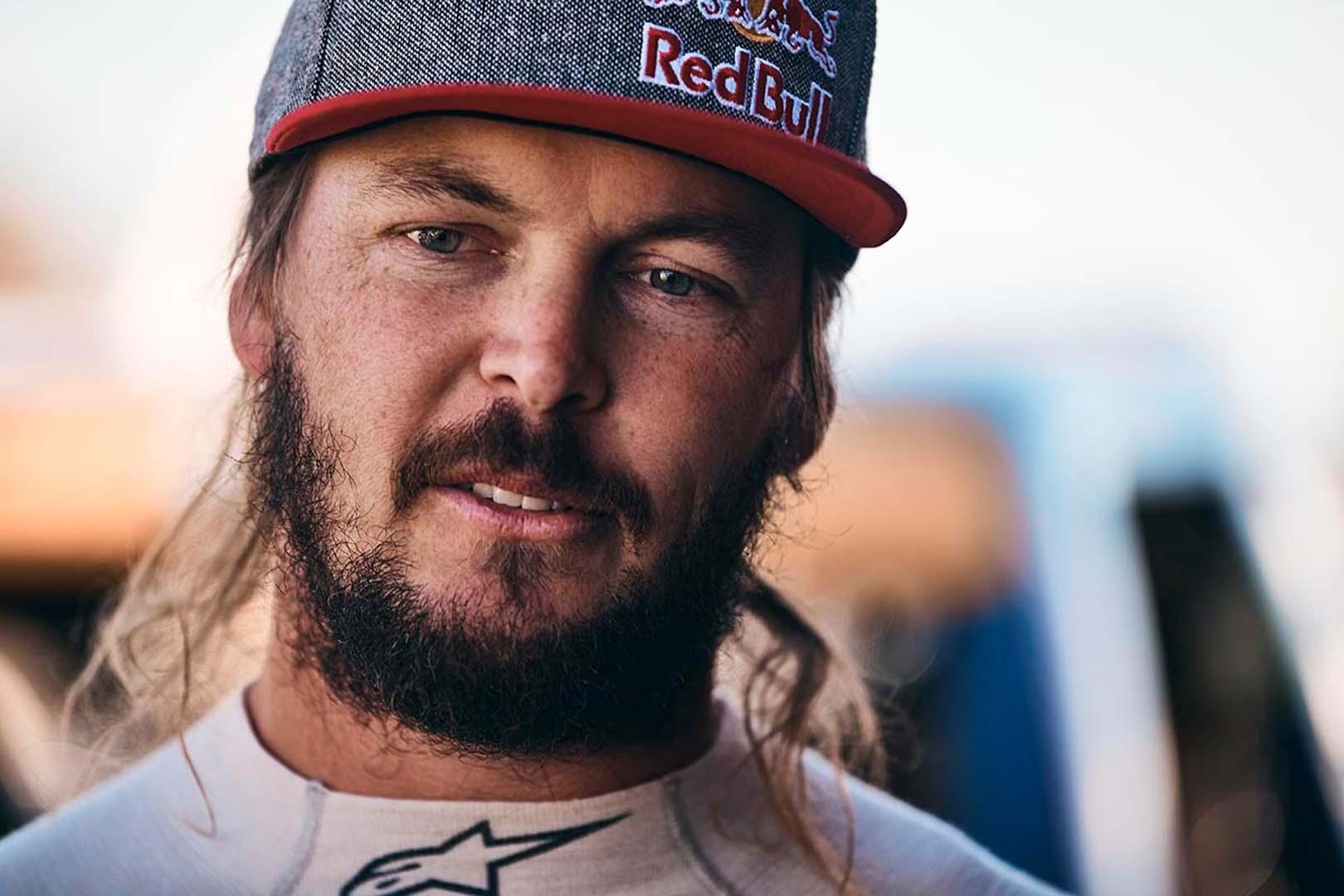