Projecta Unveils its Most Capable Inverter Ever 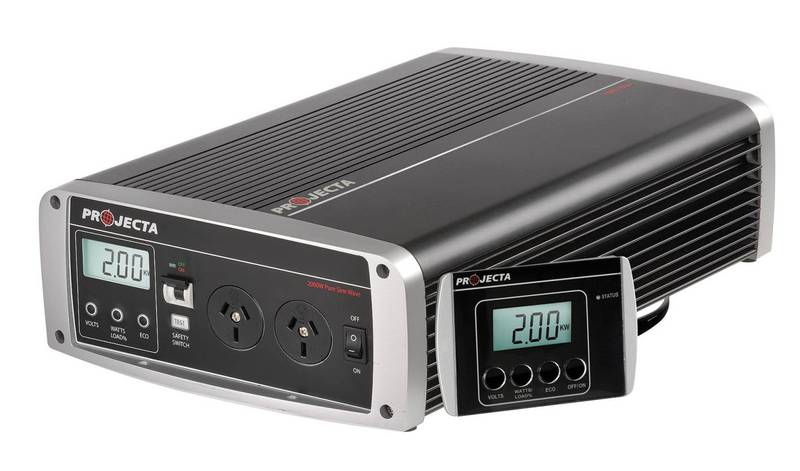 Most Capable Inverter Ever

Projecta Unveils its Most Capable Inverter Ever
Projecta has enhanced its top-of-the-range IP2000, 2000W 'Intelli-Wave' pure sine wave inverter, to now incorporate a number of innovative new features, ensuring safe and seamless operation of 240V appliances on the go.

Projecta Unveils its Most Capable Inverter Ever

Among the new additions is a Residual Current Device (RCD) safety switch. The RCD Switch detects if there is an earth leakage and will automatically disconnect all power sockets, providing protection from electrocution in a similar manner to a safety switch in the home.

For added peace of mind, the IP2000 meets the Australian Standards for AS4763 (Portable Inverters) and AS3001 (Caravan Installation).

The new IP2000 now also supports up to 3600W of power output when connected to an AC mains power source and is easily capable of handling multiple, high-drawing appliances. As an added bonus, the IP2000 can operate directly from the AC mains source without a DC battery connected.

Retaining its automatic AC transfer switch, changing from battery to mains power is virtually seamless - the device has been engineered to wait three seconds for the power to be steady before switching in a super-fast 20 millisecond (0.02seconds) change-over. This process guarantees smooth change-over and minimises interruption when running appliances such as televisions and computers.

Included as standard with the new model - along with IP600 and IP1000 variants - is a remote control unit with LCD display, which provides information about the battery voltage, power usage and load capacity. The remote also allows the inverter to be installed out-of-sight with all the other electrical appliances such as chargers and batteries, but it can still be conveniently controlled.

The Intelli-wave range of pure sine wave inverters allows users to operate the most sensitive of electrical appliances such as computers, televisions medical equipment, gaming consoles, fluorescent lighting and more, static and interruption-free.