Following its presentation earlier this year, production of the all-new Pathfinder SUV is underway, beginning at Nissan’s Tennessee plant in May, ahead of release to the North American market in the Northern Hemisphere summer as a 2022 model. 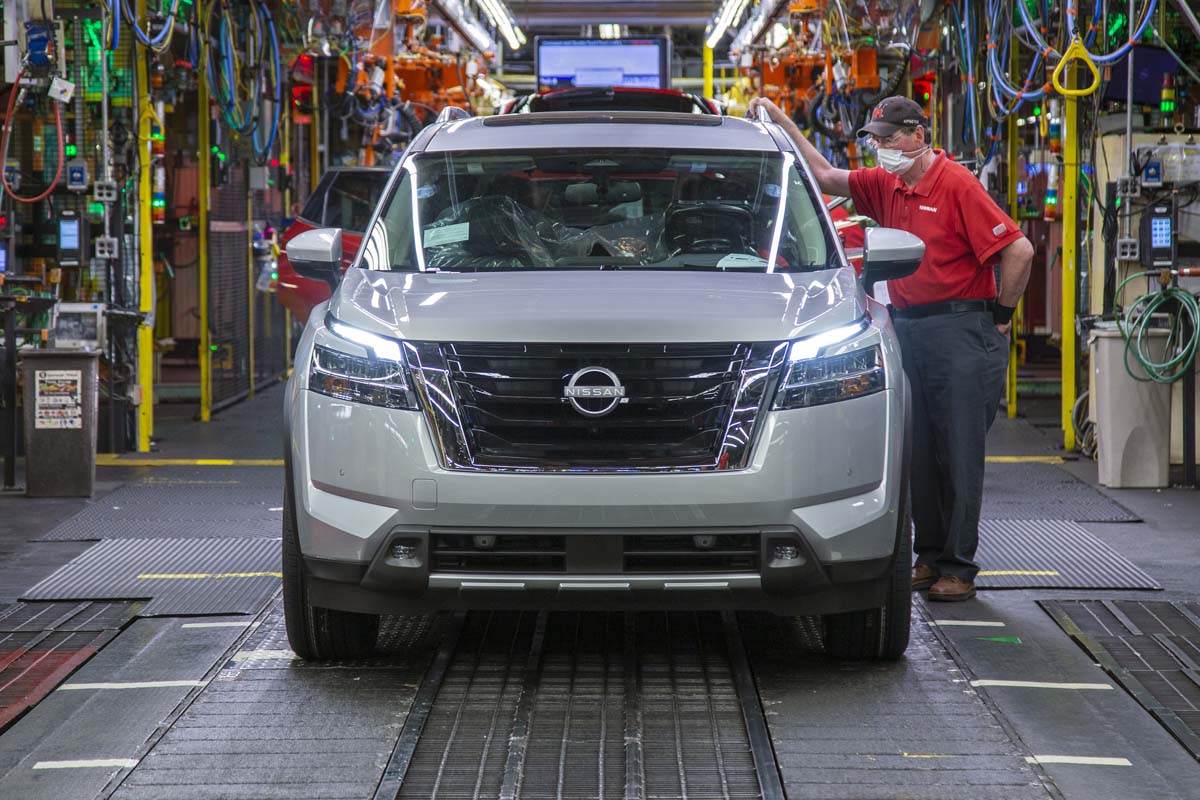 While Australian deliveries of the fourth-generation Pathfinder ended last year, this new, fifth-generation version is expected to come here, but the first units, from the same US plant, aren’t expected until the end of 2021 at the earliest. 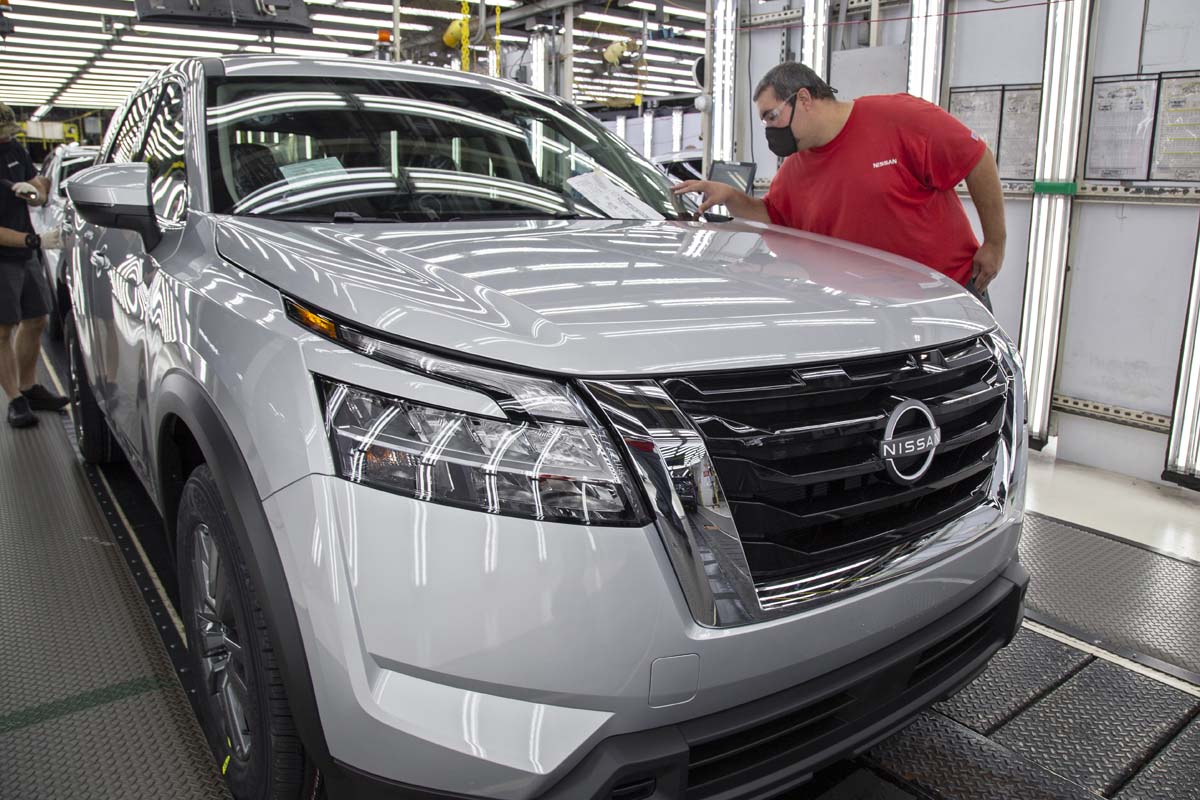 The fifth-generation Pathfinder is defined by a boxy shape and more angular interpretation of signature Nissan styling elements, like the split-level headlights and chromed V-motion grille surround, but there’s less visual clutter than the current Patrol, for example.

A “partial” C-pillar and blackout treatment of the bodywork above the waistline are distinctive features, as is the oversized ‘PATHFINDER’ badging on the tailgate. 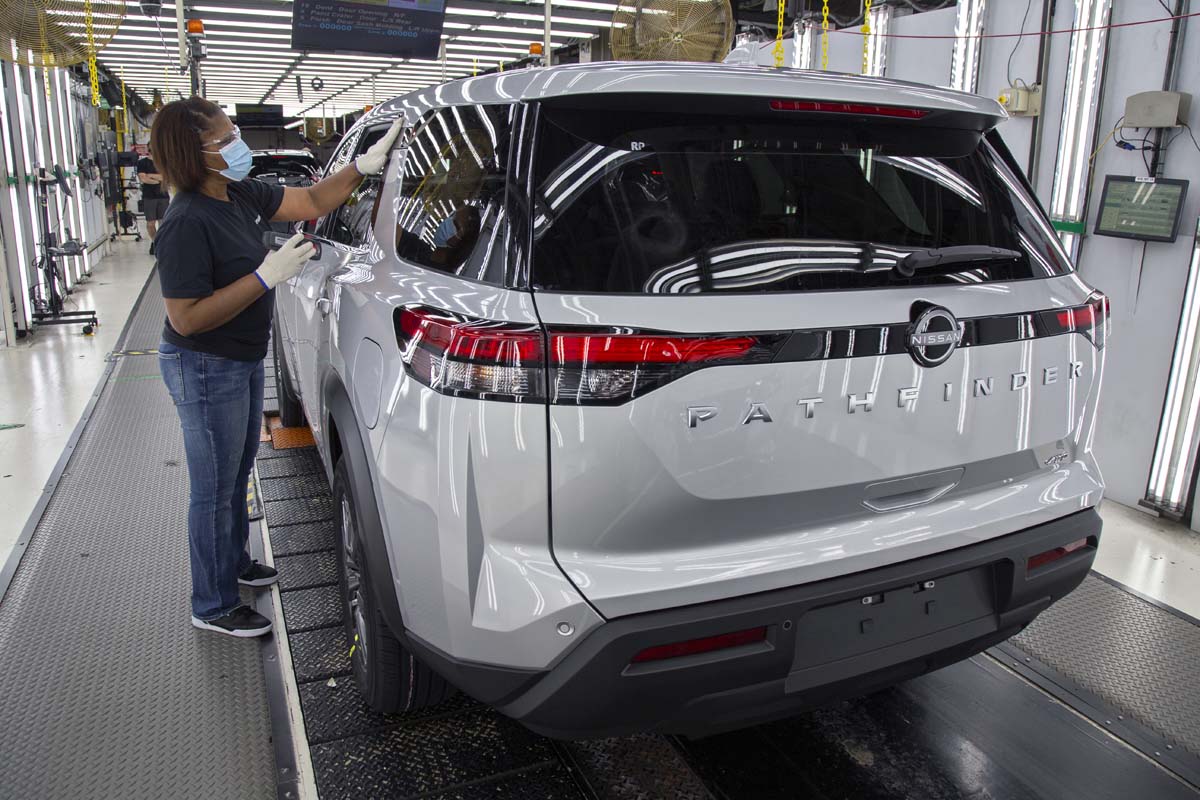 Under its new-look body, the new Pathfinder runs a familiar naturally-aspirated 3.5-litre V6 petrol engine, but with a 10kW increase in power to 212kW, while torque has increased by 11Nm to 351Nm. Whether the fourth generation’s 2.5 supercharged petrol/electric hybrid powertrain carries over is unclear, but seems unlikely in the short term.

The previous Pathfinder’s CVT has been replaced with a conventional automatic transmission, offering nine speeds, while front- and all-wheel drive will be available. Said to be all-new, the Intelligent AWD system features a seven-position-adjustable Drive and Terrain Mode selector. 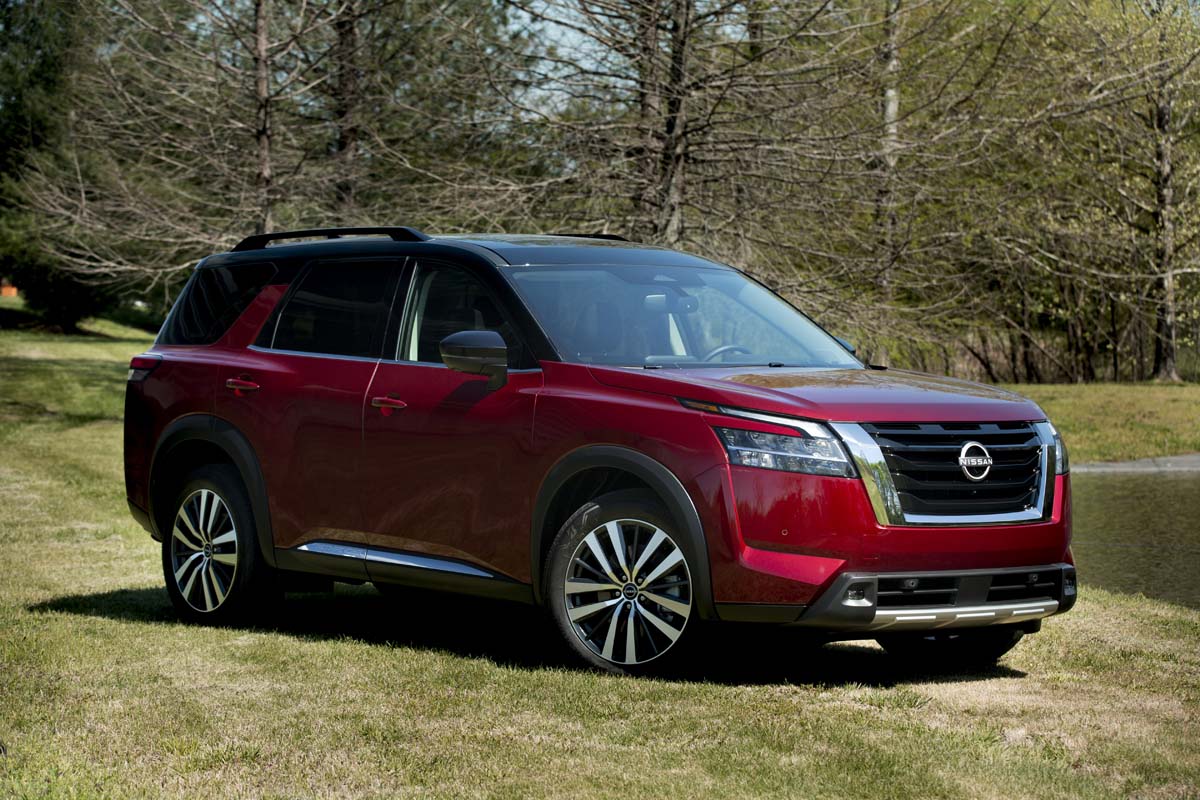 Based on US figures, towing capacity of up to 2700kg braked has carried over unchanged from the old model, and while it looks much larger than the outgoing Pathfinder with its bluff front end, the new version is almost 40mm shorter, but fractionally wider and taller.

Inside, there’s seating for up to eight (seven was the maximum previously), along with a 9.0-inch central touchscreen, 12.3-inch digital instrument panel with a 10.8-inch head-up display for the driver, satellite navigation, a 360-degree camera, wireless Apple CarPlay and wired Android Auto compatibility, a Wi-Fi hotspot, wireless phone charging and Bose premium audio system. 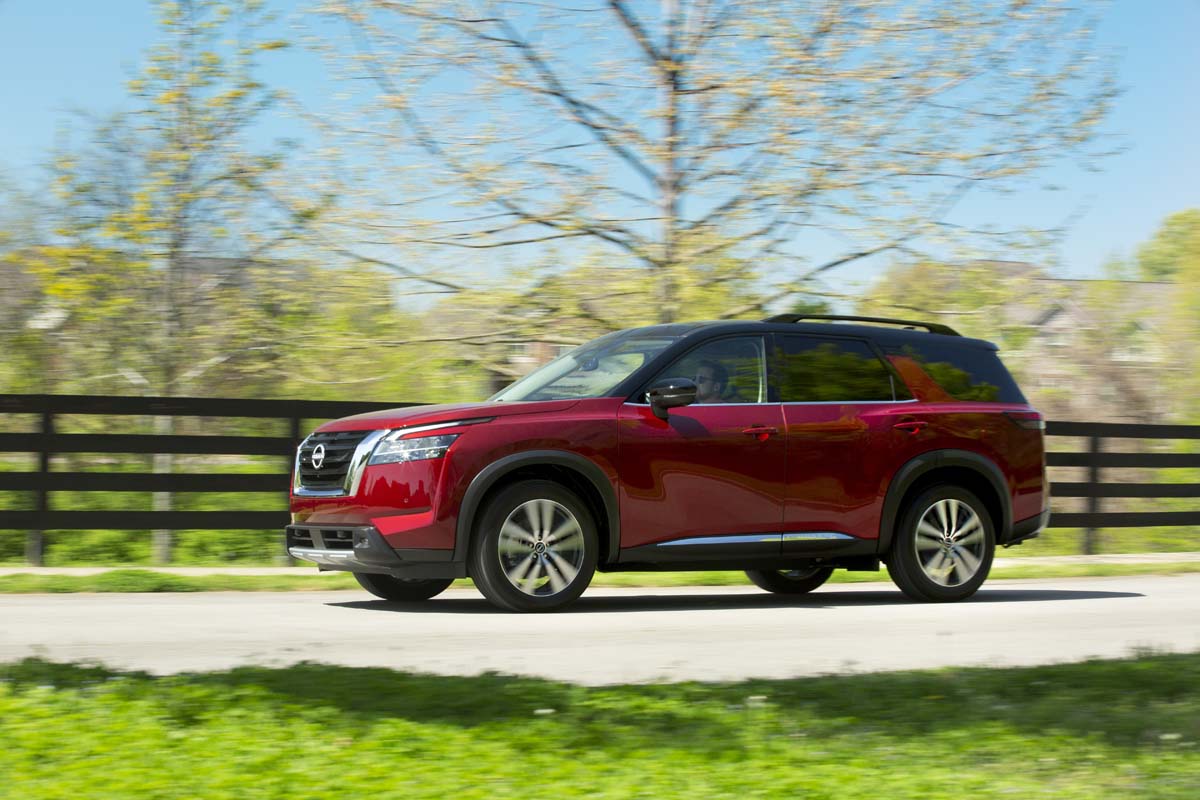