So, what actually are they? They're OZ ROCK dedicated rock crawling machines. Since its formation into a national series by Mark Cheeseman in 2005, OZ ROCK 4x4 claims to be the fastest growing motorsport category in Australia, and now tours the country as part of a six round series in Victoria, New South Wales and the ACT. From its origins in the USA more than a decade ago, rock crawling has evolved into a professional 'World Endurance Rock (W.E. Rock) Crawling series that tours the US. Similarly, OZROCK is the burgeoning success it is today thanks to a dedicated core of enthusiasts, based mainly in NSW and QLD, who have grown the sport in this country. For those not familiar with it, rock crawling is the ultimate form of motorsport for spectators.

With near vertical rock faces and daunting drop offs, the courses these drivers take are a true test of skill and nerve. As the spectators are only a few safe metres away, they're close enough to see the strain and effort on the driver and spotter's faces as they attempt to take their purpose-built machines over obstacles that seem to defy both gravity and logic! Just 4x4s & Outdoors experienced OZ ROCK up close and personal at the recent Lara, Victoria round, and came away impressed at the efforts of competitors in crossing what seemed to be uncrossable terrain.

What we also noticed about the sport was the camaraderie between competitors. There was a real "get stuck in and help one other" attitude amongst the teams who journeyed down to Victoria. That didn't mean the competition wasn't fierce, though! Each combination was doing their utmost to cover the course in the allotted time, while accruing the least amount of penalty points under the strict scoring system.

So what is OZROCK?
Basically, OZROCK is a vehicle rock crawling competition that requires a two man team - made up of a driver and accompanying 'spotter' (on foot) - to drive their vehicle over a pre-determined course, indicated by a series of cones, flags & other markers, in a specific time.

What is an OZROCK machine?
The earliest rock crawling machines were little more than standard 4x4s. Today, while some OZROCK machines bear a cosmetic resemblance to production 4x4s, they're all purpose-built, high-powered buggys, split into two separate classes - 'Pro Modified' and 'Open'.

Pro Modified - must use components that are related to production vehicles. Axles must be automotive-based, bonnets and body panels need to be similar to a production vehicle, while two seats are also required in this class. Different engine sizes are permitted, but they must be front-mounted. Frame rails need to conform to specific sizes, tyres are limited to 37", and vehicle weight cannot be less than 1,000kg, sans driver.

Open - the most obvious difference is the use of rear-mounted engines. Most Open buggies are single seaters and there is no minimum weight limit. Rear wheel steering is permitted, as is manual suspension control, which enables Open class buggys to get around seemingly impossible corners and up the steepest gradients.
Open buggys usually have a low centre of gravity to assist with off camber manouevres. With rollovers and other serious dangers ever present in this style of competition, OZROCK machines require a solid, comprehensive roll cage & safety gear. Each vehicle also has to go through a rigorous tech inspection prior to each event.

How is OZROCK scored?
Basically, the course needs to be completed in a set amount of time (usually 10 minutes) with the least amount of penalty points incurred. How swiftly, and successfully the course is completed is largely down to the skill - and nerve! - of the driver and spotter combination. Points are added if the team fails to complete the course in the allotted time. Some of the other point scoring criteria are listed below.

STOPPING - One point will be added after a competitor's vehicle has stopped making forward progress for four (4) seconds at any point of the course.

BACKING - One point is added for a purposeful reversal by a competitor.

GATES - Ten points are added for every cone - as part of a gate - or hazard touched by the competitor.

ACCRUED POINTS - If a competitor's penalty points total reaches 40, the team is automatically "timed out" and must move on to the next obstacle.

PROGRESS POINTS - Points are credited (removed) for each gate completed. These points are totalled at the end of course.

SPOTTER MANIPULATION - Any attempt by the spotter to aid the movement of the vehicle directly, ie. pushing or touching the vehicle, attracts a 10 point penalty.

In addition to these rules, a specific set of safety-related, environmental, technical and sportsmanship rules also apply. The OZROCK website has full details and downloadable rules booklets. 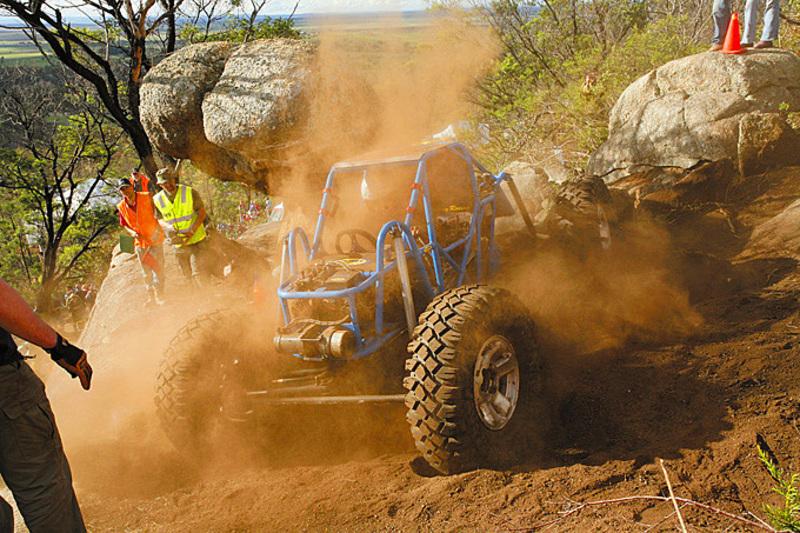 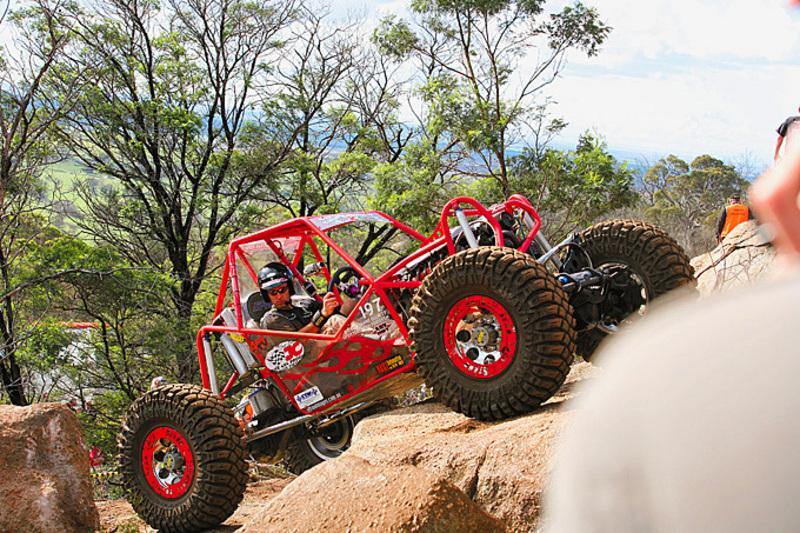 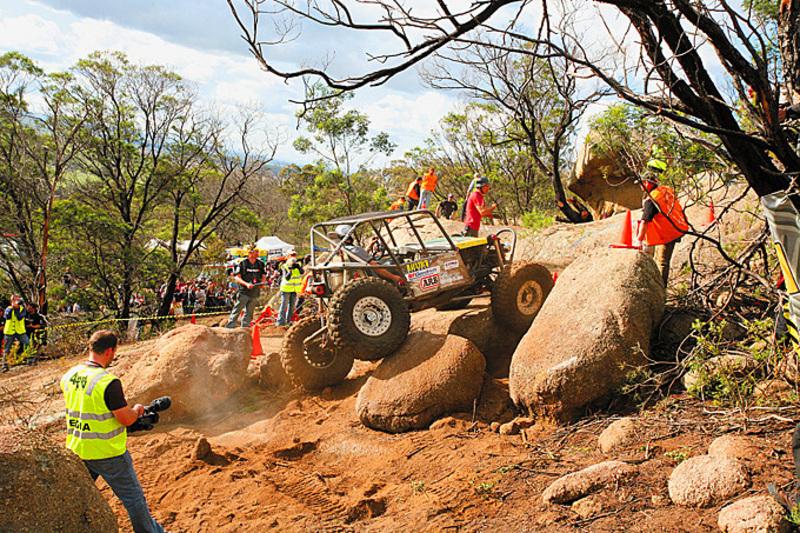 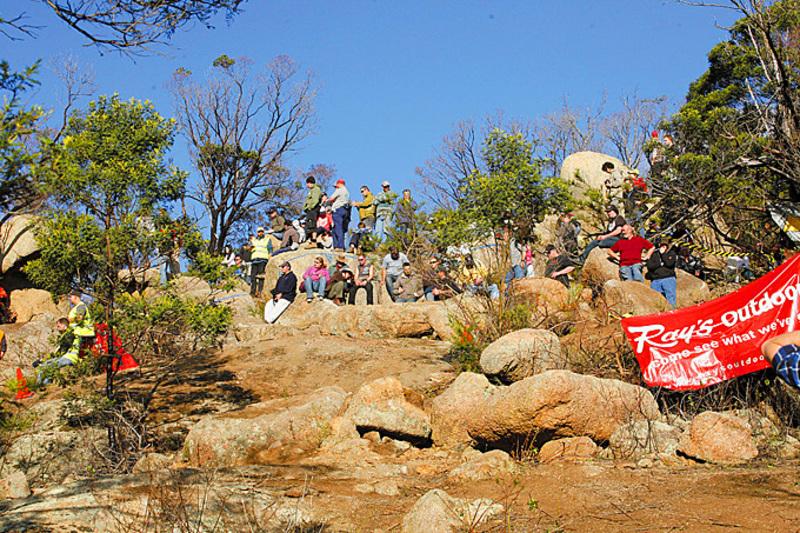