The third generation of Nissan’s Qashqai small SUV has been revealed, boasting a new platform, increased dimensions, more interior space, updated looks and a pair of hybrid engines, including a groundbreaking ‘e-POWER’ unit.

What’s been presented so far is for the European market, which offers features not seen on the Australian market model, including all-wheel drive and hybrid engine options. While the styling on locally delivered Qashqais will be unchanged, how many of the Euro market features make it here is unknown at this stage. 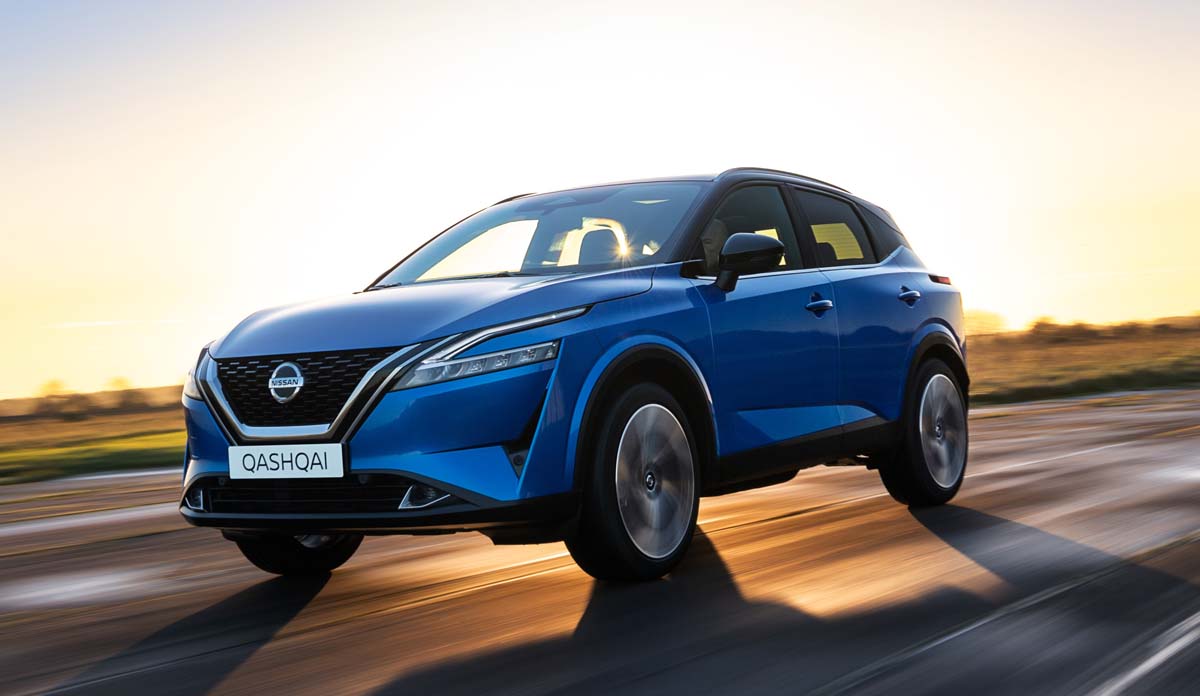 A “European-led” design defines the Gen 3 Qashqai, but the lineage to its predecessor remains clear,

There’s a new platform underpinning the new model, which is slightly bigger in all dimensions and offers improved passenger and cargo space, but the more interesting element on the Gen 3 Qashqai is the choice of hybrid drivetrains.

Despite a new “e-POWER” unit suggesting otherwise, there’s no fully-electric Qashqai yet, with the Arriya concept likely to be Nissan’s first fully-electric SUV.

The new Qashqai is the first European-released vehicle to use the CMF-C chassis developed by the Renault-Nissan-Mitsubishi alliance.

Extensive use of lightweight materials has made the body 60kg lighter, but also 41 per cent stiffer. This, says Nissan, improves the chassis response, ride comfort and refinement, without compromising safety.

Lightweight components used elsewhere include aluminium for the doors, bonnet and front guards, while composite material has been used for the tailgate – a Nissan first.

To suit the new platform, there’s a new suspension set-up. Qashqais equipped with 2WD and 19-inch wheels use an updated MacPherson strut system front and rear, while variants with AWD and 20-inch wheels get an advanced multi-link suspension system.

Power steering has also been updated.

While Qashqais for the Australian market are currently offered with a 2.0-litre petrol four-cylinder engine, a 1.3-litre ‘DiG-T’ turbo petrol four-cylinder is the base engine offered in Europe. This carries over for the third-generation Qashqai, but features 50 redesigned components and is part of a mild hybrid system.

The 1.3 hybrid will be offered in two power levels and three torque levels, depending on transmission and drive choice. On the base 2WD with a six-speed manual, outputs are 103kW and 240Nm. A more powerful 116kW and 260Nm version is also available in 2WD/manual form, while adding the Xtronic CVT results in 116kW and 270Nm. Of note is that the 1.3/Xtronic CVT is the only new Qashqai drivetrain that offers all-wheel drive.

Above this sits the e-POWER drivetrain, which will make its European debut in the new Qashqai. Combining a 115kW 1.5-litre four-cylinder petrol engine with a 140kW/330Nm electric motor driving the front wheels, e-POWER sees the petrol engine used solely as a generator, charging the battery for the electric motor.

Benefits include no delay in acceleration, as only the electric motor drives the wheels, no need to plug in, as the motor is working more regularly to maintain charge, and better fuel economy as the engine runs in a more consistent rev range.

With the e-POWER comes the option of ‘one-pedal’ operation that means all acceleration and deceleration is done off the one pedal, like the e-pedal on the Leaf.

In Australia, the Qashqai has only been offered with 2.0-litre petrol or 1.6-litre diesel engines (the diesel was dropped for 2018), with no local hybrid option and no all-wheel drive, either.

It seems unlikely that Australia get the Euro market’s AWD system, but the e-POWER hybrid engine seems more likely for local release.

Like its predecessors, the styling of the new Qashqai was led by the team at Nissan Design Europe, based in the UK.

The design hasn’t been radically altered – it’s still recognisably a Qashqai – but it is a lot “sharper” overall, with more angular styling elements and deep creases.

Key features include an enlarged version of Nissan's signature V-Motion grille, ultra-slim LED headlights, ‘boomerang’ DRLs and deep front vent openings. The rear LED lighting is slimmed down, too, with bolder Qashqai identification placed in between.

The basic Qashqai shape carries over, but the sloping roof line now has a ‘floating’ effect thanks to a blackout treatment of the D-pillar area, accentuated by a black roof option.

Exterior mirrors are smaller and now mounted on the doors instead of the A-pillar, while the redesign has allowed 20-inch wheels to be used on a Qashqai for the first time.

For the interior on the upcoming Qashqai, premium materials and soft-touch surfaces feature throughout, while white ambient lighting is a new design feature.

The centre console screen is a 9-inch unit (up from 7.0 inches) that sits higher and retains some tactile shortcut buttons and switches, while the 10.8-inch Head Up Display is also new and claimed to be the largest in its segment.

The key upgrade, though, is the all-new instrument display, replacing the digital/analogue mix of the current Qashqai with a 12.3-inch TFT screen that can display navigation, entertainment, traffic or vehicle information.

There’s a smaller gear shifter on auto Qashqais, while the drive mode selector is in the form of a tactile toggle switch.

Available features include Nappa leather power front seats with massage function, WiFi for up to seven devices, wireless Apple CarPlay (Android Auto’s standard, too), Home-to-Car tech compatible with Google Assistant and Amazon Alexa, USB charge ports front and rear, and NissanConnect Services that allow vehicle functions to be monitored and pre-set alerts to be added via an app.

A lower rear floor contributes to an increase in cargo room, now at 504 litres (UK data). A 12-volt outlet and power tailgate has been added, too, with remote tailgate function on selected grades.

Existing Nissan driver assistance tech, like the ProPILOT system, has been upgraded, but remains exclusive to grades with the Xtronic CVT.

Additions include speed sign recognition, the ability to adjust speed to suit tight turns and blind-spot recognition that intervenes with steering correction when an unsafe lane change is about to be made.

Also new is a “flank protection” function that warns the driver of potential sideswipes when parking and an upgrade of the rear Moving Object Detection Alert function that automatically applies the brakes if a moving obstacle is detected.

There’s also a new central airbag that deploys between the front seat occupants to prevent them hitting each other in a side-impact collision.

While all the information presented to date refers to Qashqais for the European and UK market, a good portion of what’s been presented so far should transfer to Australian market models, too.

Further information on what form the locally-available third-generation Qashqai will take, along with specs and pricing, are expected in the coming months.