Is this Nissan’s answer to the Ranger Raptor? 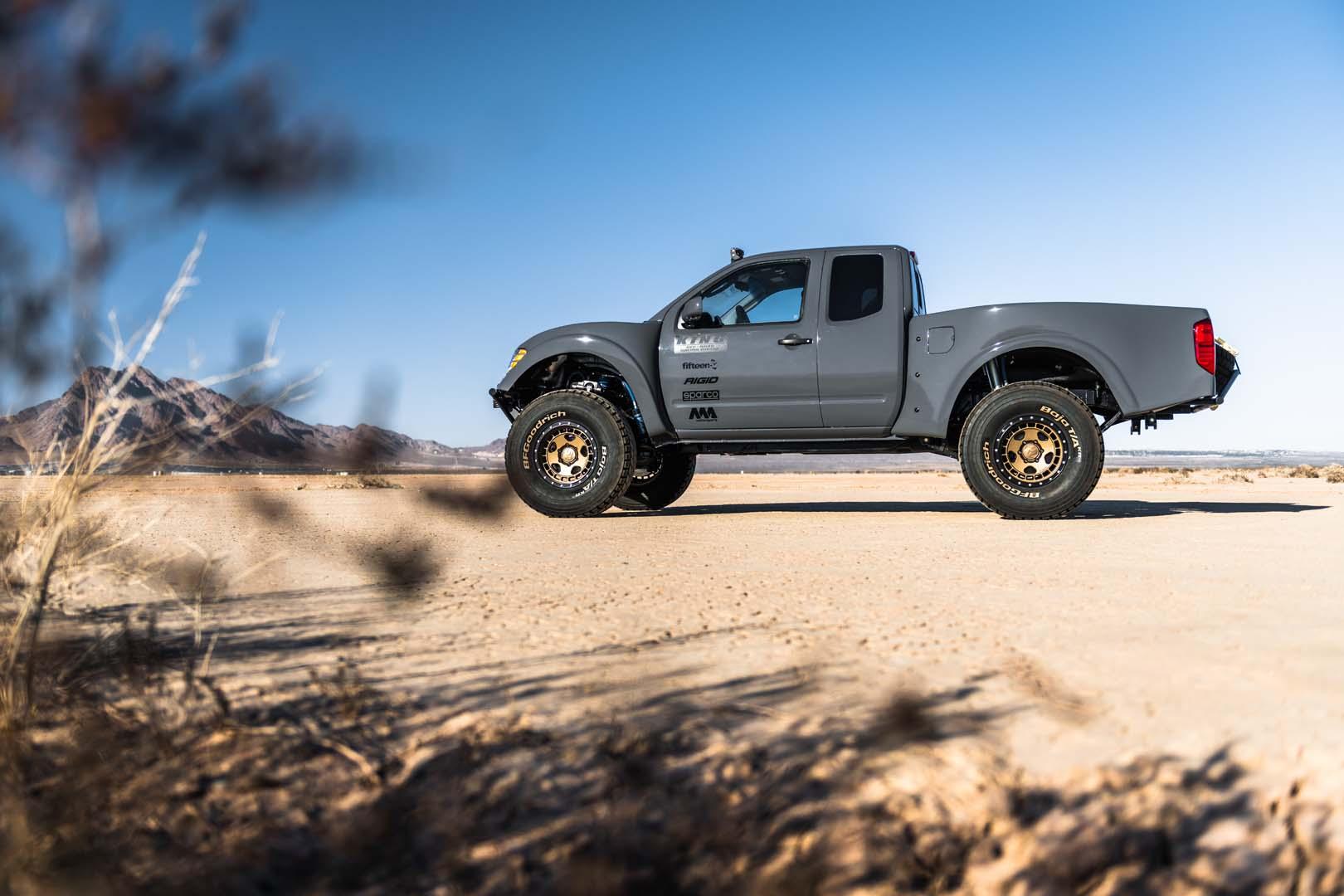 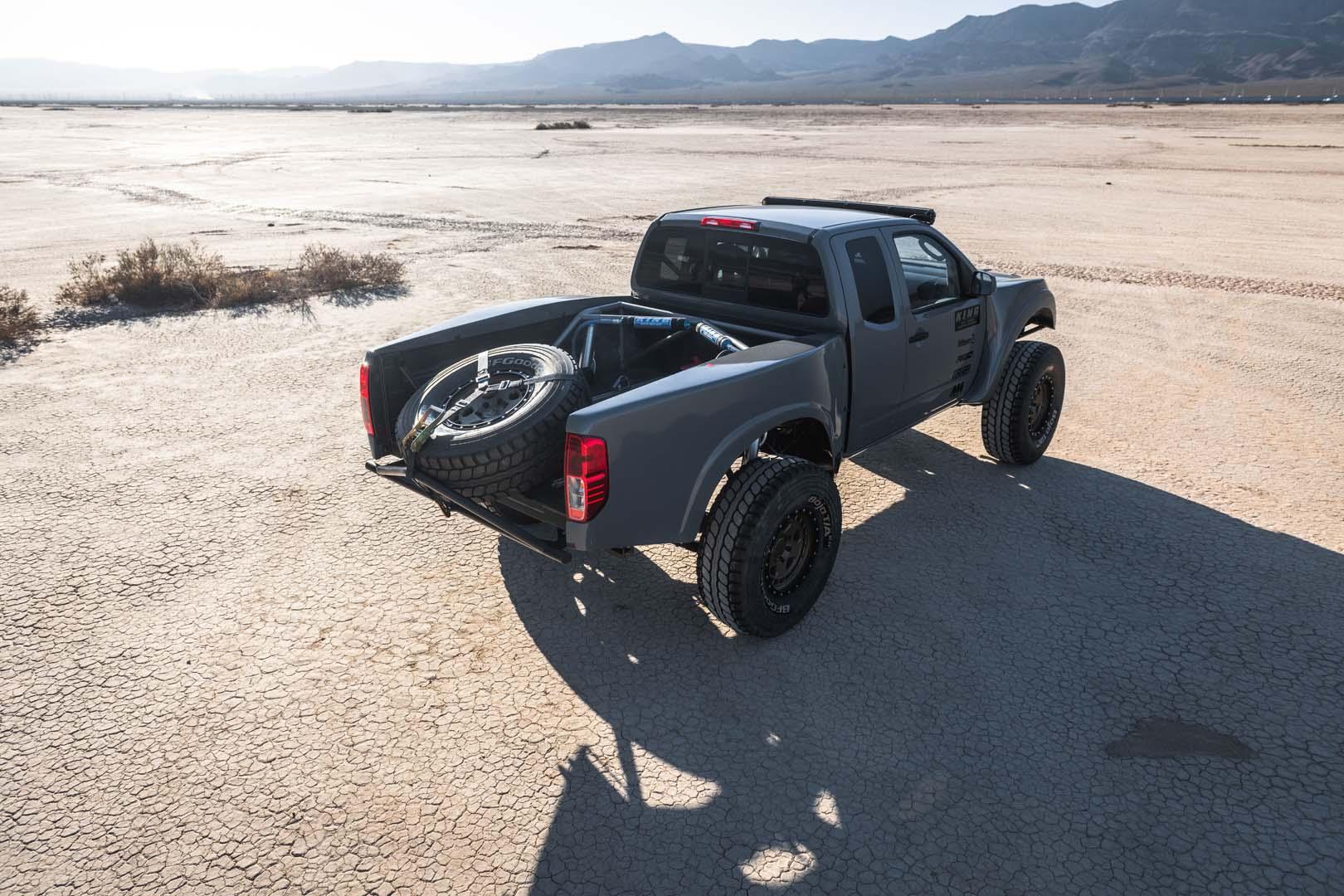 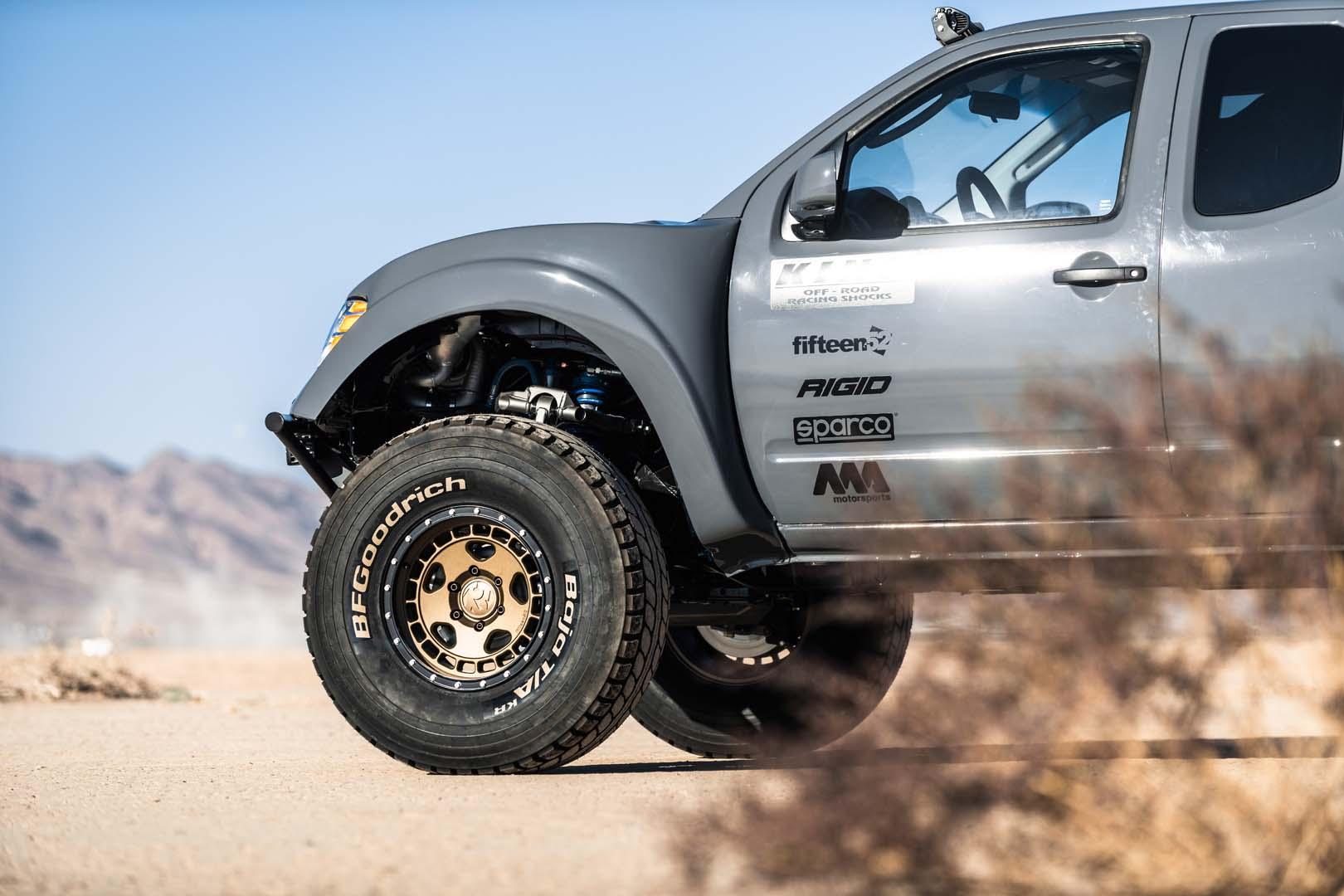 On paper, Nissan’s Frontier ‘Desert Runner’ certainly looks it, thanks to its modified 5.6-litre V8 engine capable of producing 447kW and 949Nm. That compares to only 157kW and 500Nm from the Raptor.

While it’s named after a production model, the Frontier (Nissan’s name for the Navara in the US) Desert Runner is far from production and closer to the sorts of trophy trucks you’d see at Finke.

Replacing the production Frontier’s 4.0-litre V6 with the tweaked, turbocharged V8, the Desert Runner actually retains the production 6-speed manual gearbox, but adds a race-spec clutch and lightweight flywheel. This package only drives the rear wheels, too.

Built by MA Motosports with input from Nissan Design, the Desert Runner is built around a standard Frontier spacecab cabin and retains some of the production ute’s body panels, but adds bespoke front and rear bumpers, oversized wheelarch flares from Fiberworx and a custom spare tyre carrier. The engine bay and load bed have also been caged for strength and safety.

An aggressive suspension makeover includes a BTF Fabrication long-travel front suspension kit, while King Racing triple bypass shocks at each end are combined with coilovers at the front and Giant Motorsports’ Link Killer leaf springs at the rear. 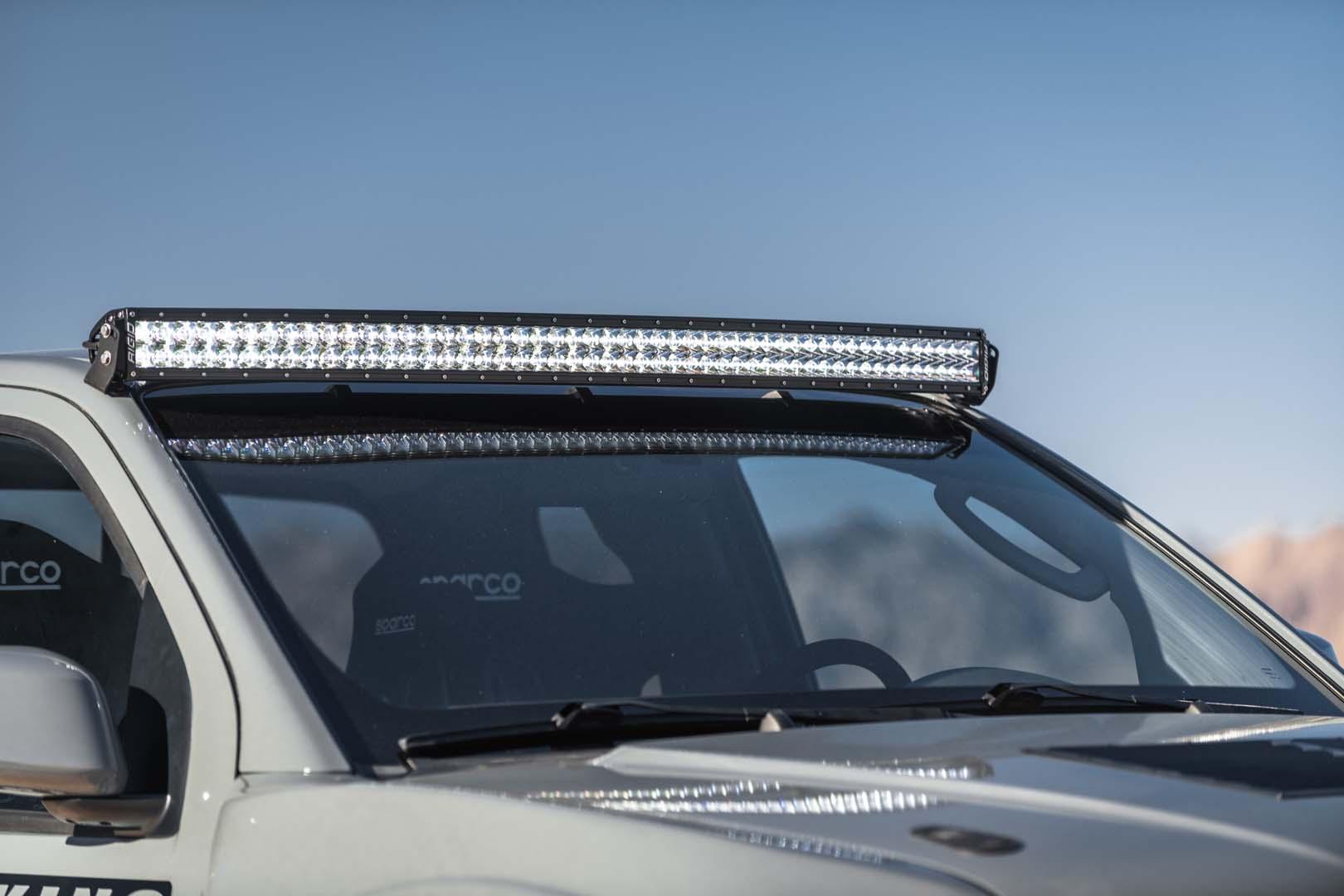 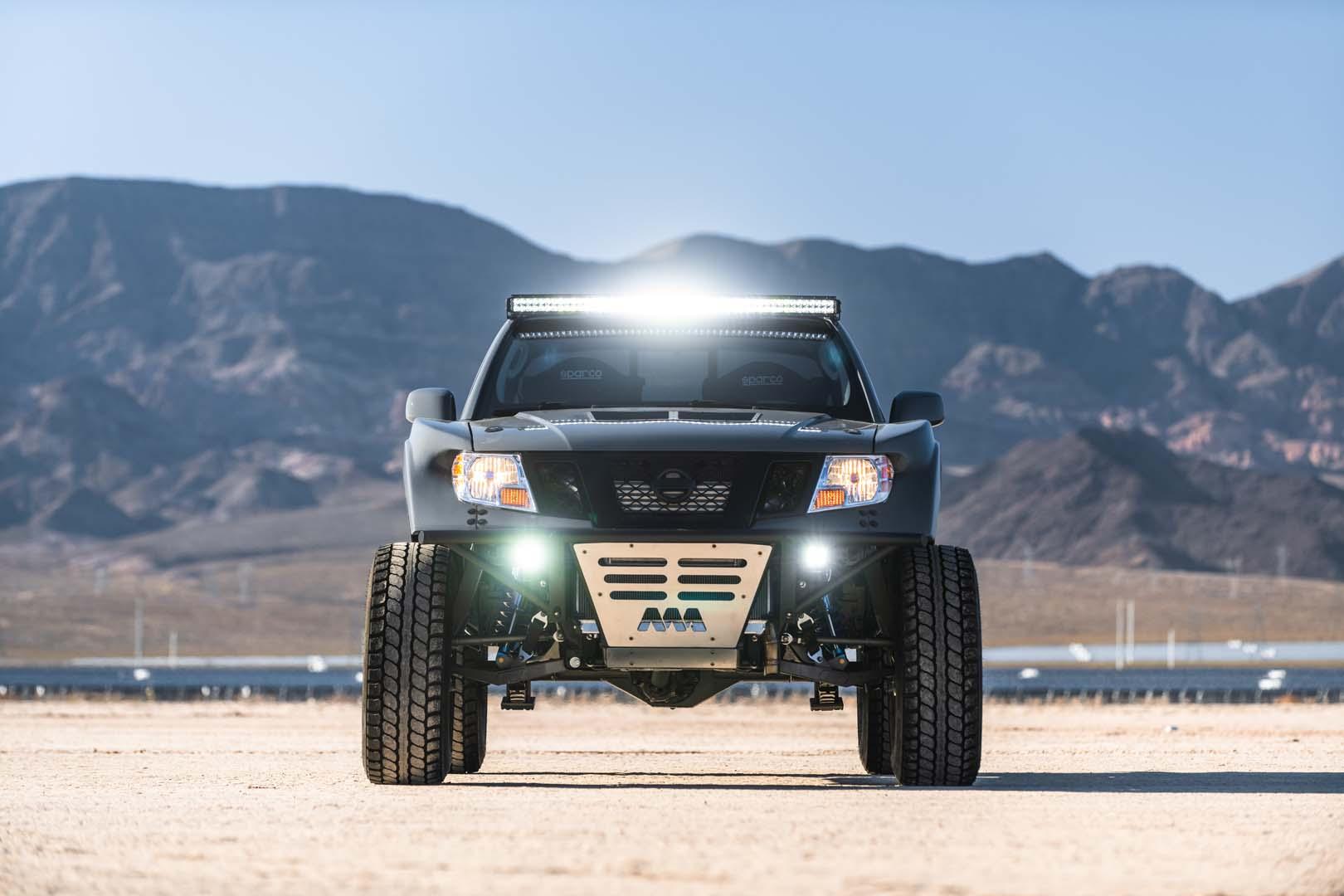 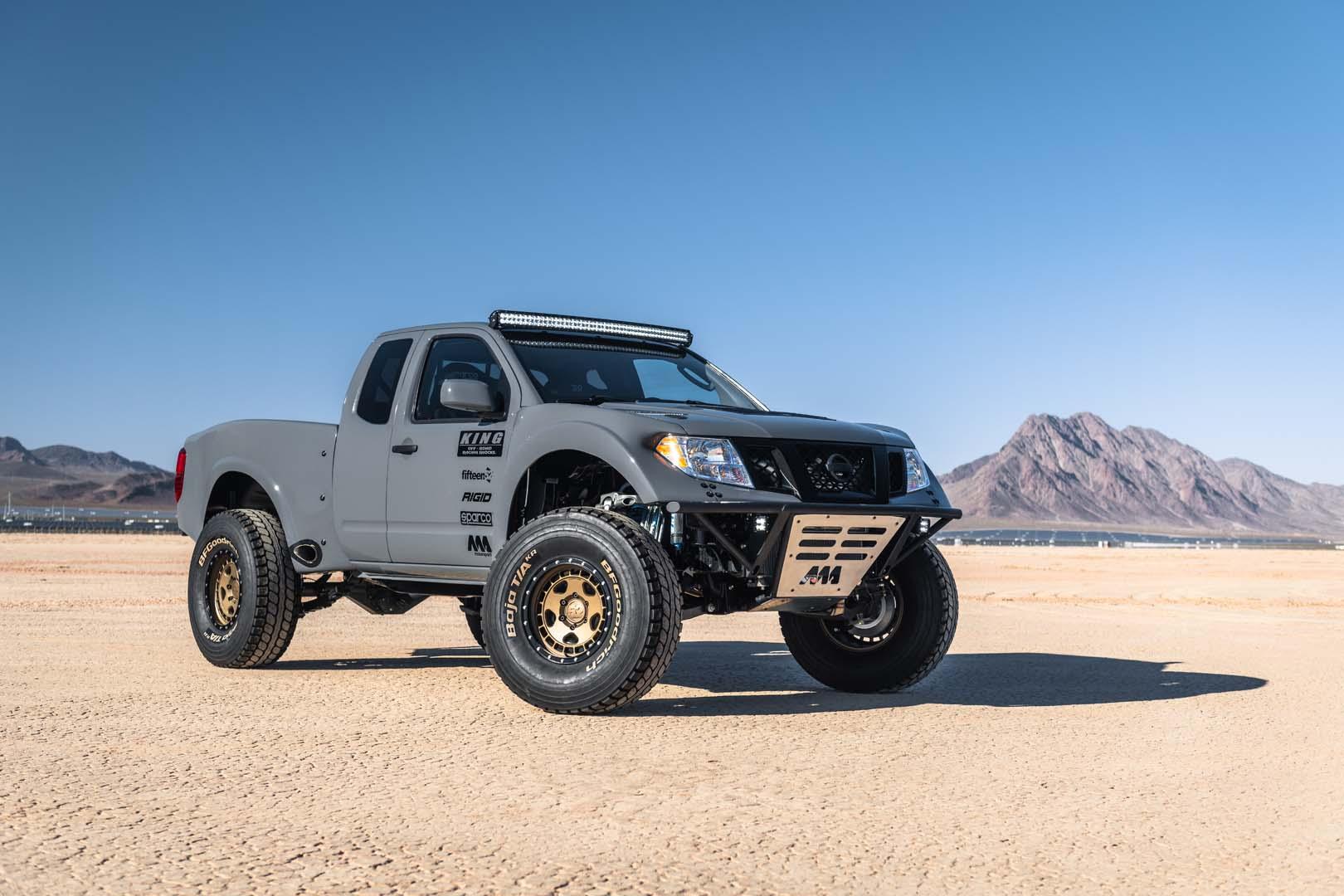 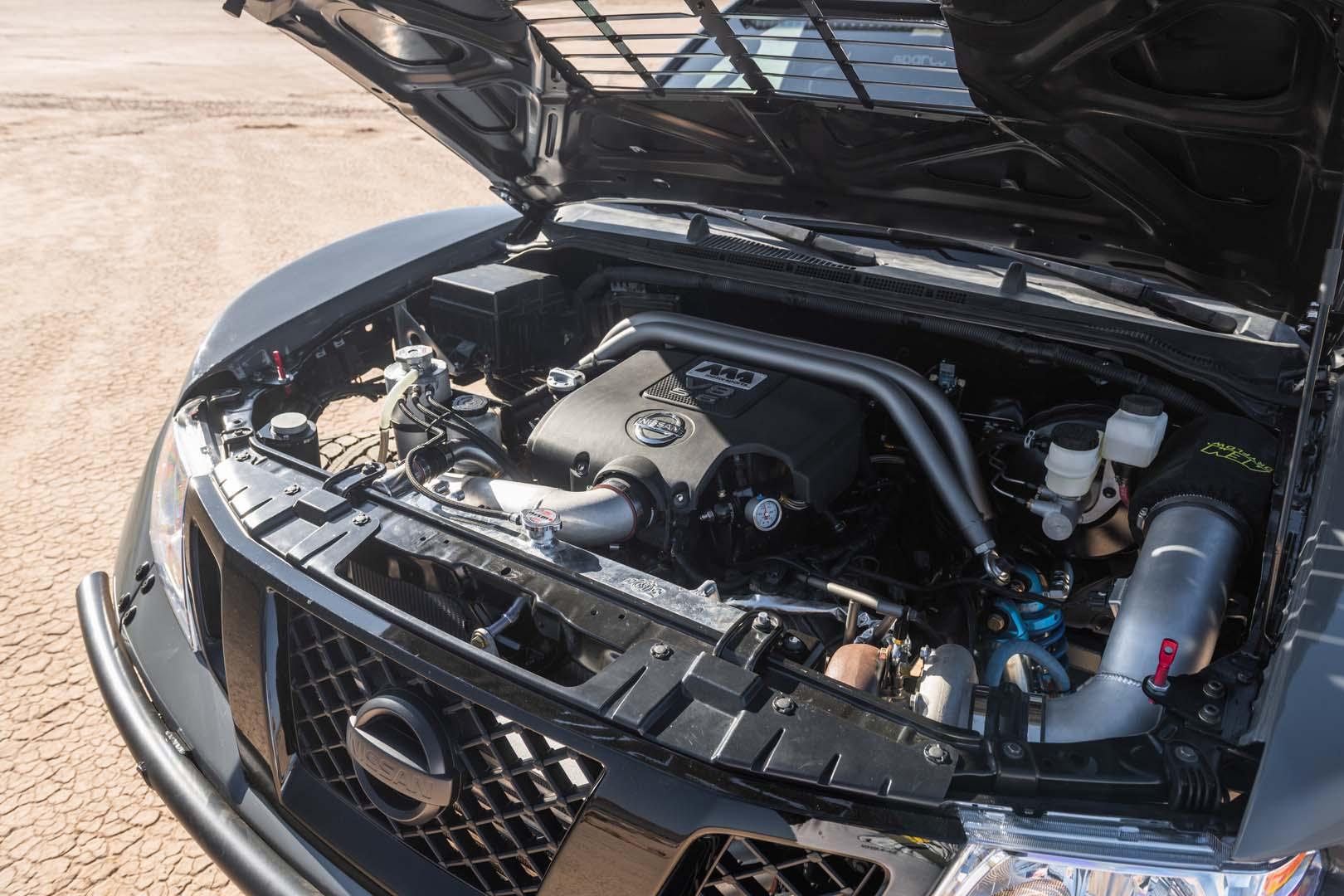 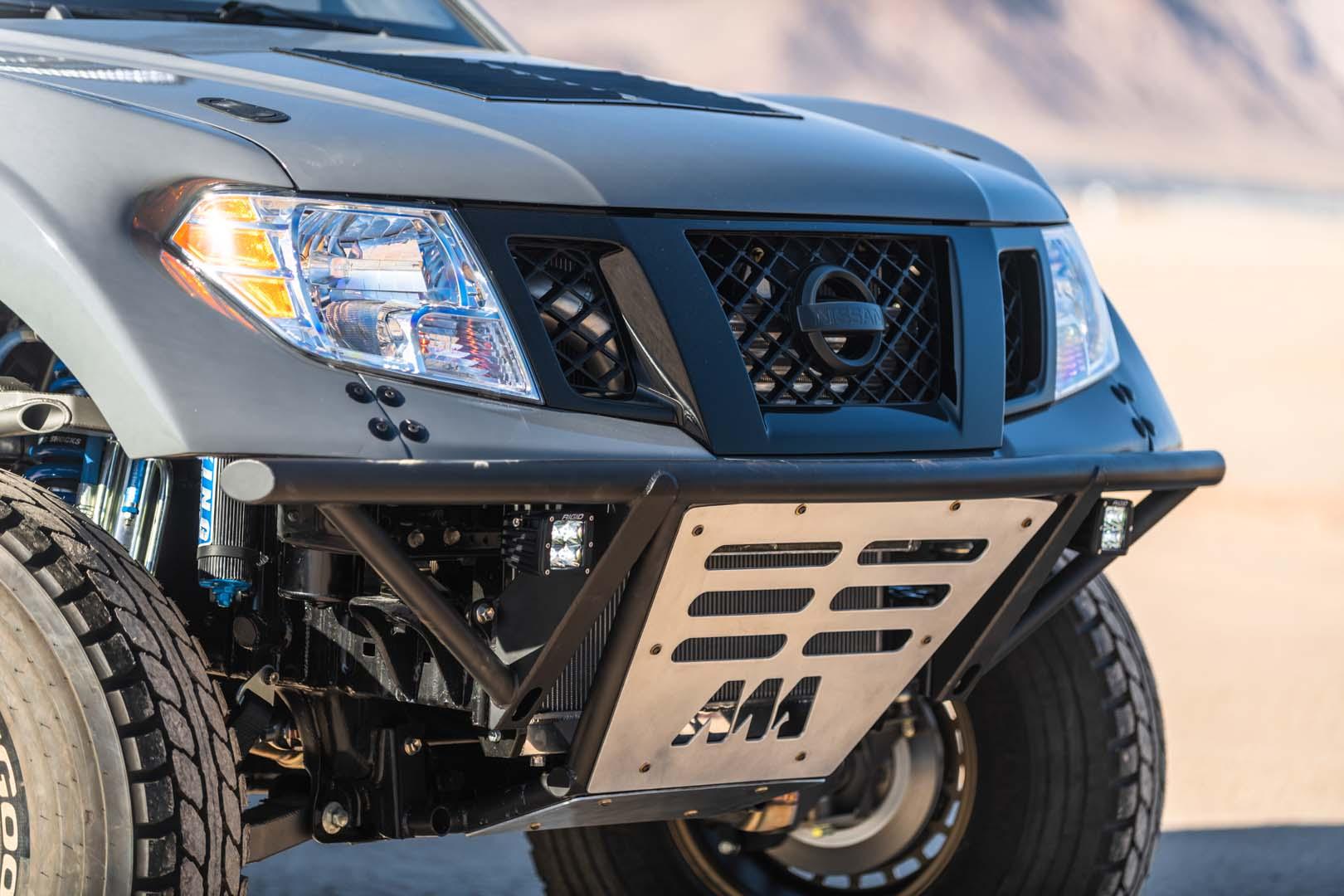