Niche electric crossover from Mazda with sweet style and packaging but low driving range will be in Australia this August from $65k.

Mazda has released the price and spec of its first-ever electric car, the MX-30 E35 Astina. 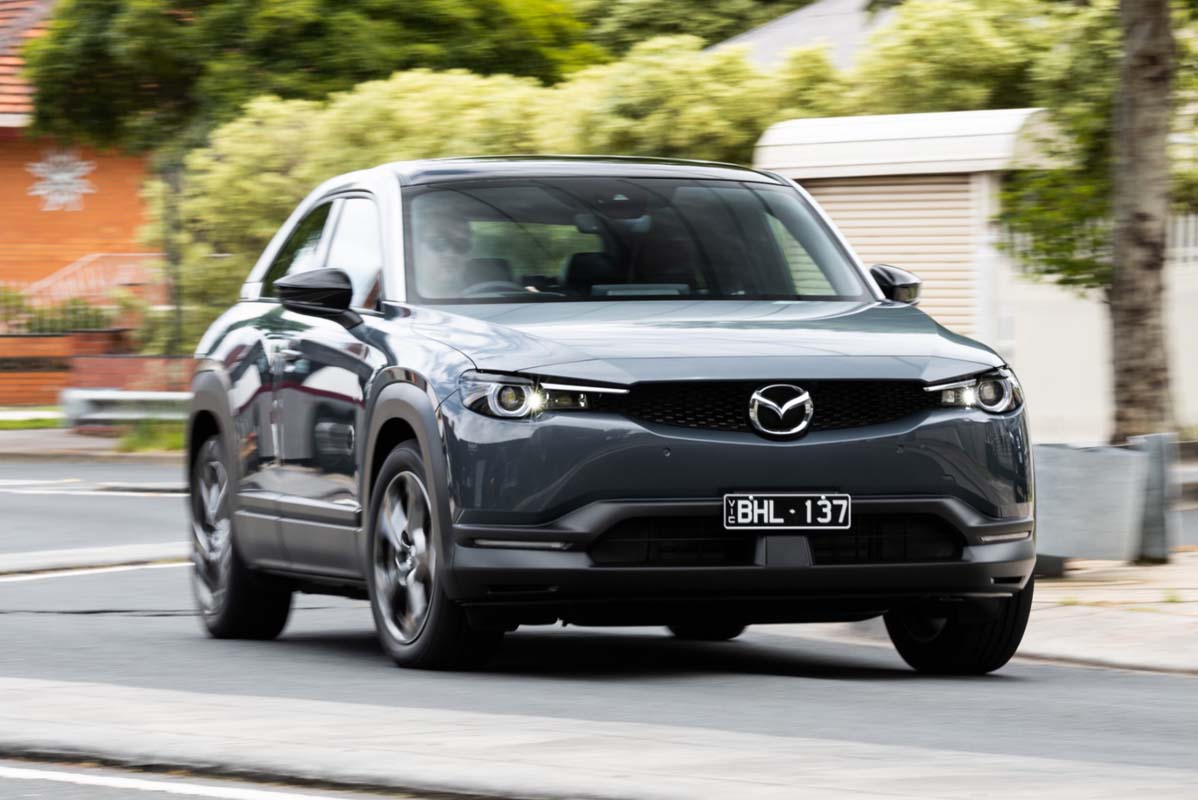 As previously tested in last month’s issue, the MX-30 is already available as a petrol model, though this is the real halo model and is priced as such. Mazda today announced that the fully-electric crossover costs $65,490 plus on-roads. This makes it one of the more expensive models for sale by the Japanese brand, though only 100 units are being offered. 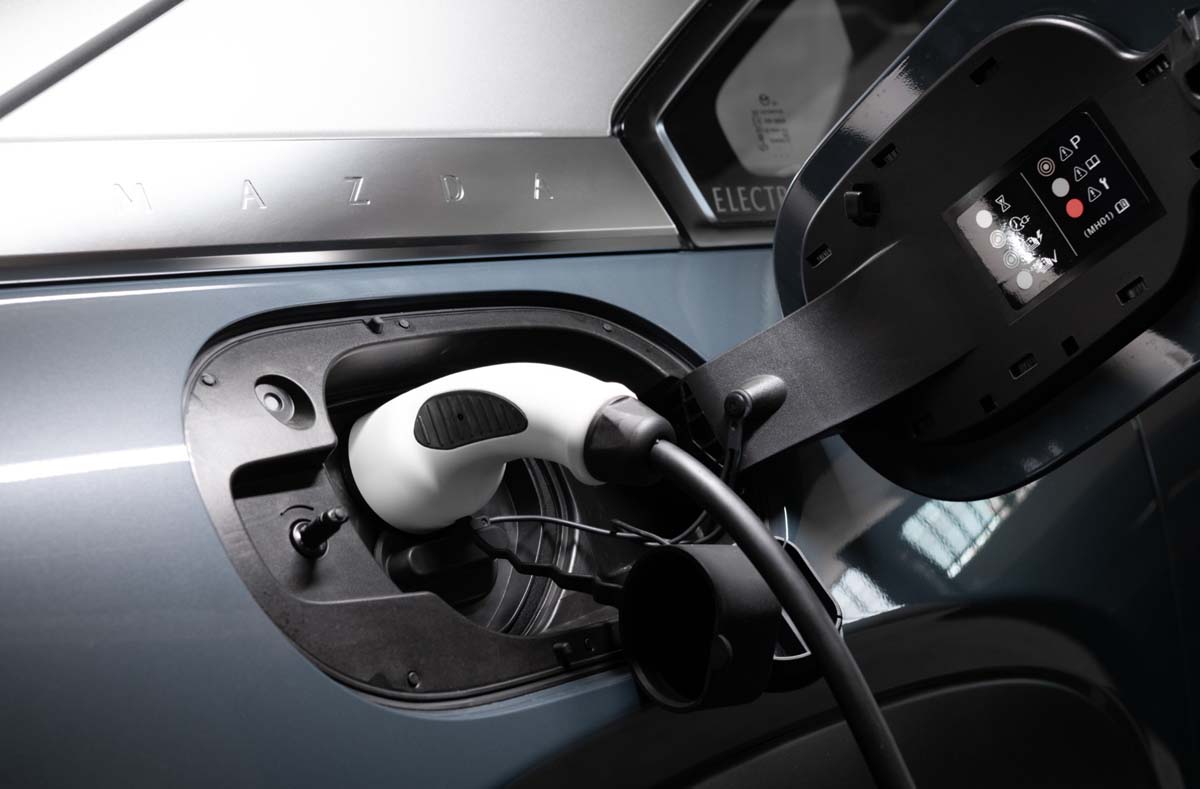 The MX-30 E35 (E35 denoting it is the electric version, compared to the petrol ‘M Hybrid), rivals competitors such as the Hyundai Kona Electric and MG ZS EV, and to a lesser extent the hatchback Nissan Leaf. However, unlike all of those options, it offers the shortest electric driving range at a claimed 200km.

Its driving distance comes from a 35.5kWh lithium-ion battery which, as expected, is on the smaller side. However, this makes it lighter and on a well-to-wheel calculation also better for the environment. Essentially, bigger batteries require more exotic minerals which currently are not friendly in the mining, production, and end-of-life phases of its cycle. 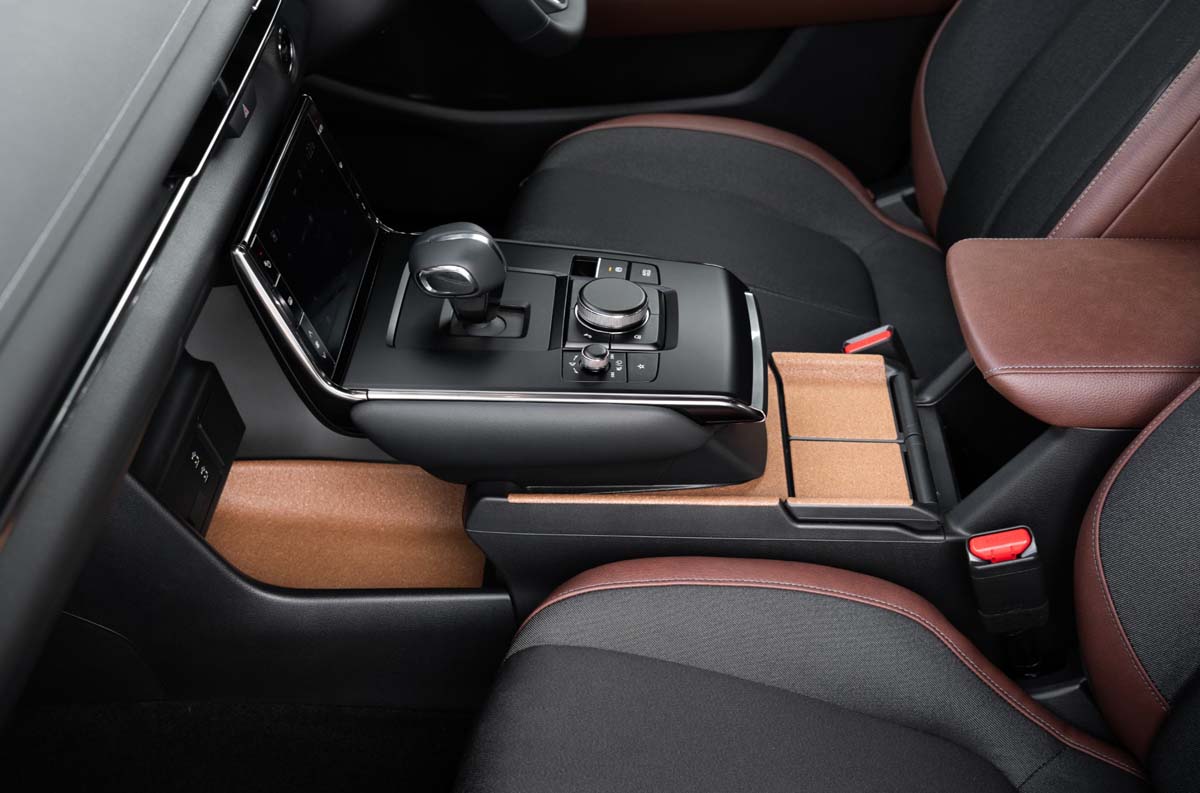 The battery powers a front motor producing 107kW and 271Nm, which is good for a sub 10-second acceleration from a standing start and uses a single reduction speed transmission (‘a gearless system’). Recharging is via a standard 10amp house plug, 32amp wallbox or DC fast charger (up to 50kW) which will replenish the battery from 20 to 80 per cent capacity in around nine, three, or half an hours respectively.

Servicing of the electric Mazda can be at any of the 100 dealers across Australia and pre-sale starts today, with deliveries expected in August. Equipped with top-spec Astina gear it comes with 18-inch alloys, 12-speaker Bose premium sound system, windscreen heads up display, 360-degree camera, Active Cruise Control with Stop & Go function and an exhaustive suite of safety technology that helped it achieve a 2020-tested five-star ANCAP rating. 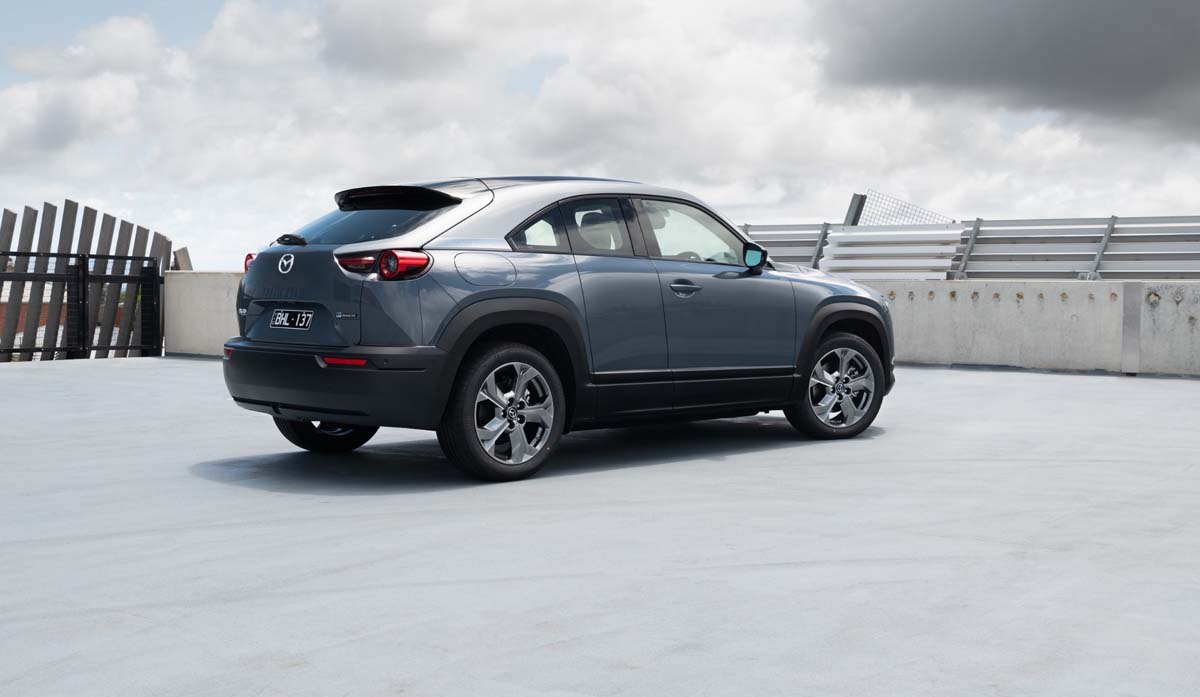 We are yet to test the MX-30 electric but did find the MX-30 M Hybrid to be a well-built and smooth driving car, though the added oomph of this electric motor should elevate its performance. The 200km range is low, but we expect the electric range-extender version (using a rotary petrol generator to provide ‘unlimited driving range’) that is odds-on for Australia to be the sweet spot.