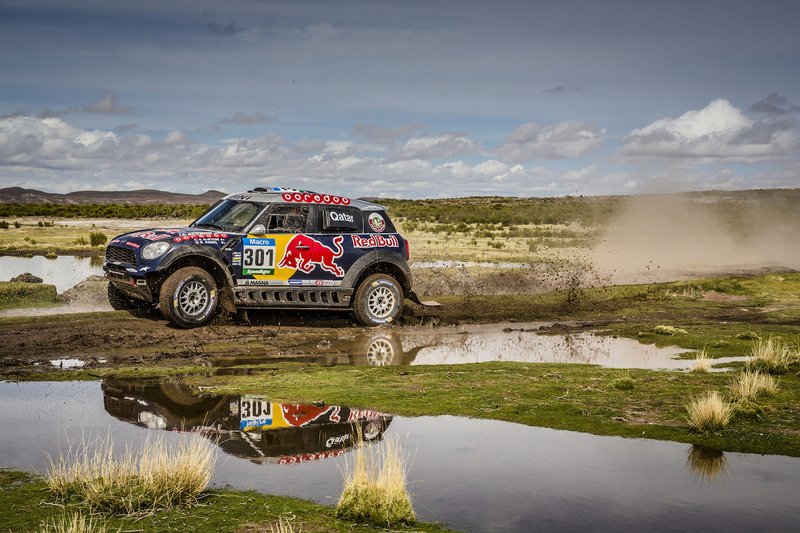 Following Peru's decision to withdraw from the 2016 Dakar, the event organisers today announced a new route and schedule for next year's event, which will encompass Bolivia and more sections in Argentina.

As predicted by JUST 4x4s, the new route will take a "loop" format, starting in Buenos Aires and finishing in Rosario, Argentina. Organisers say the rally teams have been able to design a route whose features remain faithful to the values of the event in every respect.
Organisers thanked the Argentinian government for their "unwavering support", as well as of the Bolivian authorities in making the new route a possibility at what is relatively short notice for such a massive logistical event.
"Thanks to the immediate involvement and unfailing commitment of the Bolivian and Argentinian authorities, we have found the right technical solutions to take on the new challenge posed to us at the end of August. The loyalty of the institutions in the two countries to the Dakar means we are now in a position to offer competitors a quality event for 2016", says Dakar General Manager Etienne Lavigne.
While the dates, the number of stages and the distance of the stages will remain the same, the nature of the terrain proposed will force the competitors to employ a different driving approach and shift up one gear. Given that the rally start will now be in Argentina and not Peru, there will be fewer dunes and more technical tracks on the opening three days, which will take the rally to San Salvador de Jujuy.
Then, a new idea has been devised to reach Bolivia, particularly the bivouac at Uyuni, where vehicles from all the categories will come together this time. "Before arriving there, the competitors will be placed in a new marathon configuration," explains Marc Coma, Sporting Director of the event. "We are going to set up a strict Parc Fermé at Jujuy while the support vehicles drive the long route to Uyuni. The Bolivian section maintains the feature of three days' racing at high altitude".
After having reached Salta for the 10 January rest day, the Dakar will head to Rosario by taking the route initially designed for the 2016 edition. The six stages to be contested in the foothills of the Andes were concocted precisely to offer a demanding and complicated end of the rally, with sandy stages, most notably in the Fiambala sector.
Sporting Director of the event, Marc Coma, who has recently supervised the reconnaissance for this part of the race, cautions precisely that "the idea of endurance will live up to all its meaning on these stages, because the bikes and quads will have to cope with a second marathon stage in week two. I have a feeling that changes at the sharp end of the general classification will be more than likely on these stages."
Program of the 2016 Dakar
31/12 and 01/01: Administrative and technical checks
02/01: Start podium in Buenos Aires
03/01: Buenos Aires - Villa Carlos Paz
04/01: Villa Carlos Paz - Termas de Río Hondo
05/01: Termas de Río Hondo - Jujuy
06/01: Jujuy - Jujuy
07/01: Jujuy - Uyuni
08/01: Uyuni - Uyuni
09/01: Uyuni - Salta
10/01: Rest day in Salta
11/01: Salta - Belén
12/01: Belén - Belén
13/01: Belén - La Rioja
14/01: La Rioja - San Juan
15/01: San Juan - Villa Carlos Paz
16/01: Villa Carlos Paz - Rosario
Further details and updates at:dakar.com