An all-new version of the RAM 2500 pickup has arrived in Australia, bringing the same styling makeover as the smaller 1500 DT that was released locally in May, along with a wide range of mechanical and spec upgrades. 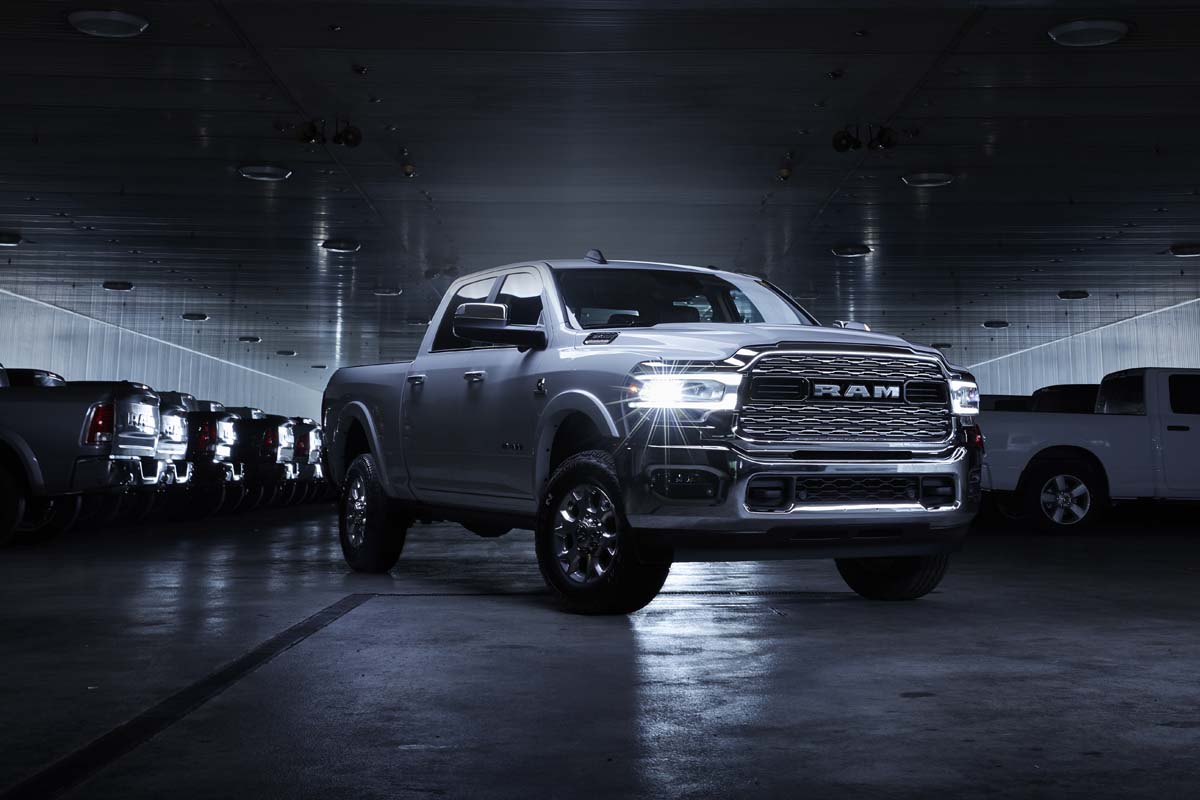 Powered by a 6.7-litre Cummins turbo diesel six-cylinder engine, matched to a six-speed automatic transmission, the new 2500 will be offered in one spec – a Laramie Crew Cab 4x4 – with a RamBox-equipped version also available. 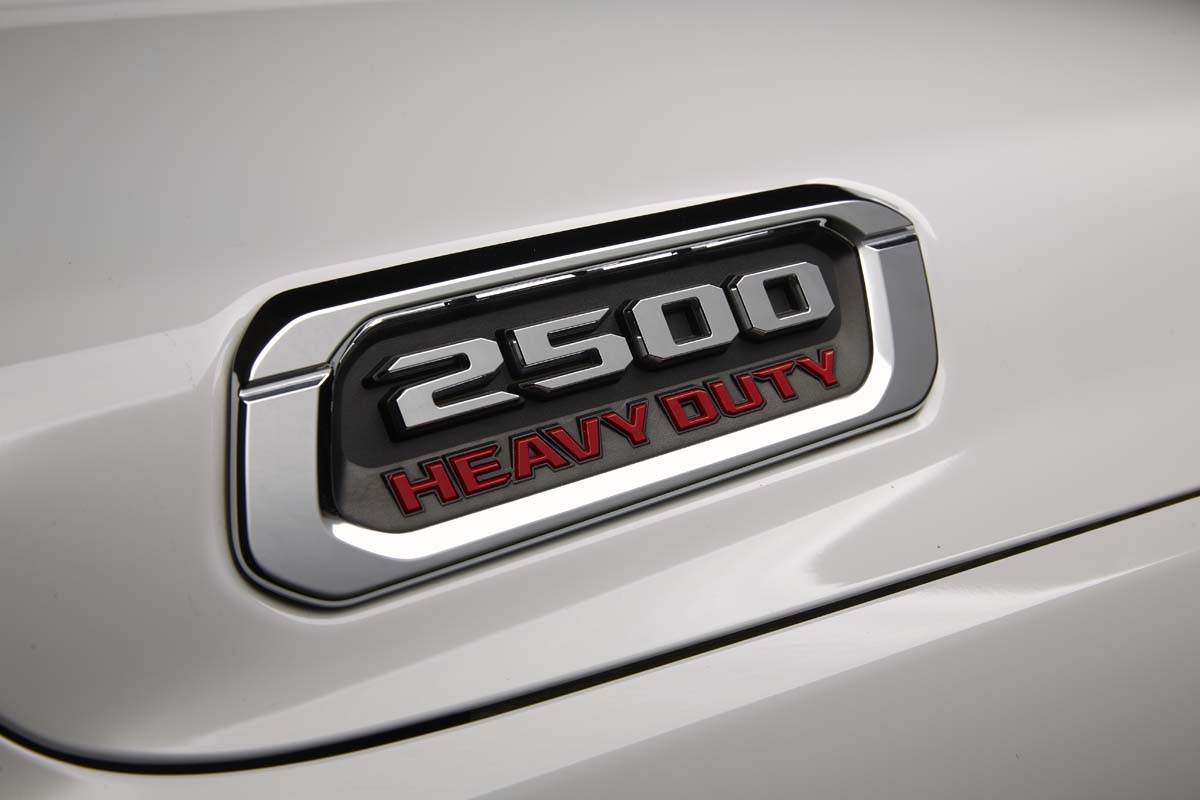 “Only RAM Trucks Australia can deliver such a vehicle thanks to our robust and detailed planning, development, remanufacturing, and testing programme in conjunction with our local and global partners including Stellantis (formerly Fiat Chrysler Automobiles, US).”

With this bulk and strength comes additional weight, but RAM have countered this with the use of lightweight materials in other areas, including aluminium body panels and drivetrain components. The result is that, overall, the new RAM 2500 is 64kg lighter than the previous 2500. Of course, 64kg is relative in a vehicle weighing 3,660kg.

Despite the reduced weight, towing capacity remains unmatched at up to 8,000kg braked with a gooseneck hitch and air brakes fitted – an improvement made possible by the new chassis. This drops down to 4,500kg with a 70mm tow ball and the Aussie dual cab ute standard of 3,500kg with a 50mm ball.

Payload capacity is 835kg, which is reduced to 754kg if the RamBox storage is added.

Progressive springs and upgraded bushings feature all round, while the three-link front suspension adds a new two-piece suspension crossmember structure that contributes to overall frame strength. At the rear, the 2500’s five-link suspension design provides better load-carrying characteristics and improved articulation over obstacles compared to a leaf-spring rear.

RAM says features like these are part of what makes the new RAM 2500 the best riding, handling and towing heavy-duty RAM ever.

Brakes have been updated for the new edition, too, with revisions to the calipers, booster and master cylinder, as well as a larger ratio pedal swing, to reduce stopping distances.

The new RAM 2500 gets the front end makeover applied to the 1500 and defined by a new, wider grille, new bumper and new LED headlight treatment.

The bonnet is reshaped to suit and also lighter, as it’s now made from aluminium – part of the aforementioned lightweighting approach.

While aerodynamics are secondary on a vehicle such as this, RAM says the addition of a front air dam makes the new 2500 the most aerodynamic pickup they’ve ever produced.

On the flanks, the design is mostly the same as the old 2500, but there is a new ‘interlocking’ side step design that features deep tread patterns and the RAM logo. These steps also stretch back beyond the cabin to allow step-up access to the rear load area, while a swing-out access step features under the rear bumper.

Wheels are 18-inch polished alloys, while the heavily chromed front end continues with chromed treatments of the door handle inserts and badges.

Inside the six-seater cabin, there is a new dashboard design, “pushing the central controls up and toward the driver,” improving the ability to reach all controls.

A 12.0-inch centre console touchscreen is standard, as is Stellantis’s fourth generation Uconnect 4C NAV infotainment system. This screen is configurable, so the entire navigation map can be displayed on the screen, or it can be divided to show two different functions.

The driver gets a 7.0-inch full-colour instrument display that’s also configurable and 3D animation-capable. The rear view mirror is now a digital unit and an Alpine 10-speaker premium audio system is standard, as is Apple CarPlay, Android Auto and Bluetooth.

Making the cabin a better place to be is an active noise cancellation system and acoustic glass that reduce ambient cabin sounds by nearly 10dB.

While the 6.7-litre Cummins turbo intercooled six-cylinder diesel powering the new RAM 2500 is a familiar engine, it has been given a makeover for this application.

Listed maximum outputs from the revised Cummins are 276kW at 2800rpm and a whopping 1,152Nm from just 1,700rpm. The latter is improved by 68Nm thanks to the adoption of a larger intercooler.

In harmony with this, the six-speed automatic transmission has also been updated. Changes to improve shift quality include new variable-force solenoid controls for the torque-converter clutch. A new reverse accumulator improves shift feel when placing the transmission into park from reverse, while drive-to-park shifts are also improved through refined hydraulic control.

Two-wheel drive is the default mode for the selectable four-wheel system that incorporates a BorgWarner electronic transfer case, but 2WD High, Neutral and 4WD Low range can also be selected.

Finally, both front and rear axles are new, designed to handle the 2500’s payload and towing capabilities, as well as minimising NVH levels and improving durability.

RAM Trucks Australia say that, following the September release of the RAM 2500, the new RAM 3500 is due for launch here later this year.