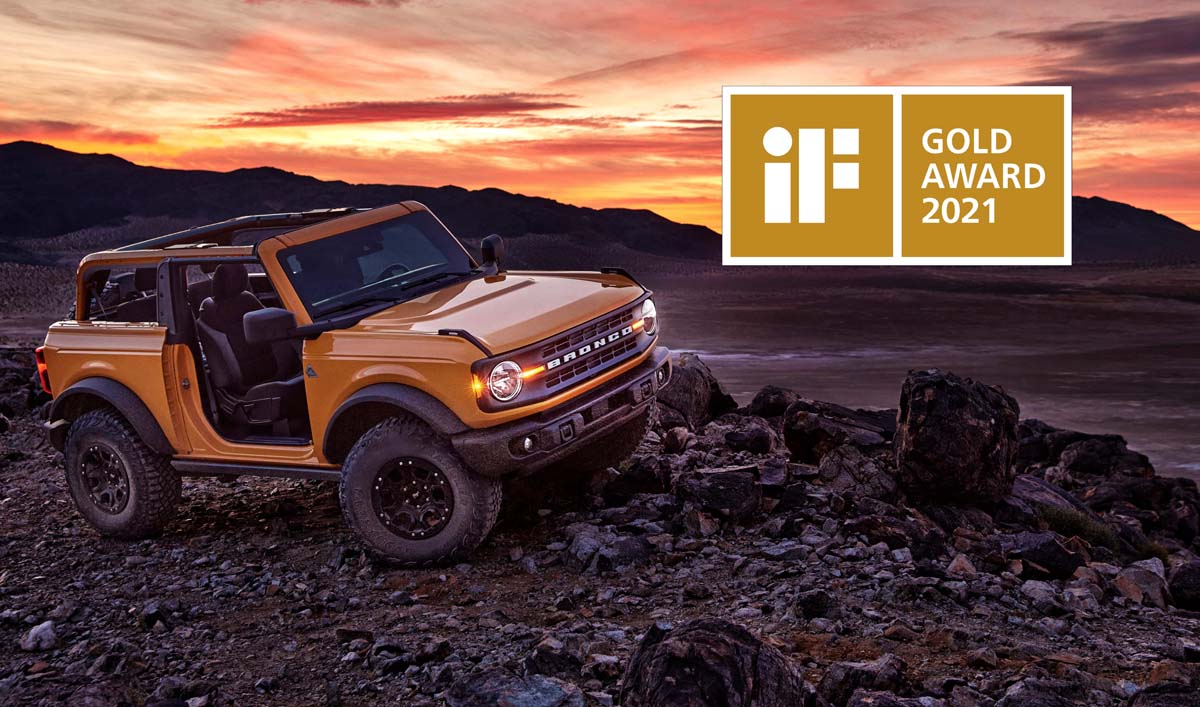 From 10,000 entries across multiple categories (architectural, industrial, packaging, user interface, user experience and service design, to name a few), the Bronco was one of 75 products to win a prestigious iF Design gold award this year, with Ford joining past winners in the automotive area like Ferrari, Kia, VW, Hyundai, Mini, Mercedes-Benz, Audi, Fiat, Rolls-Royce and BMW. 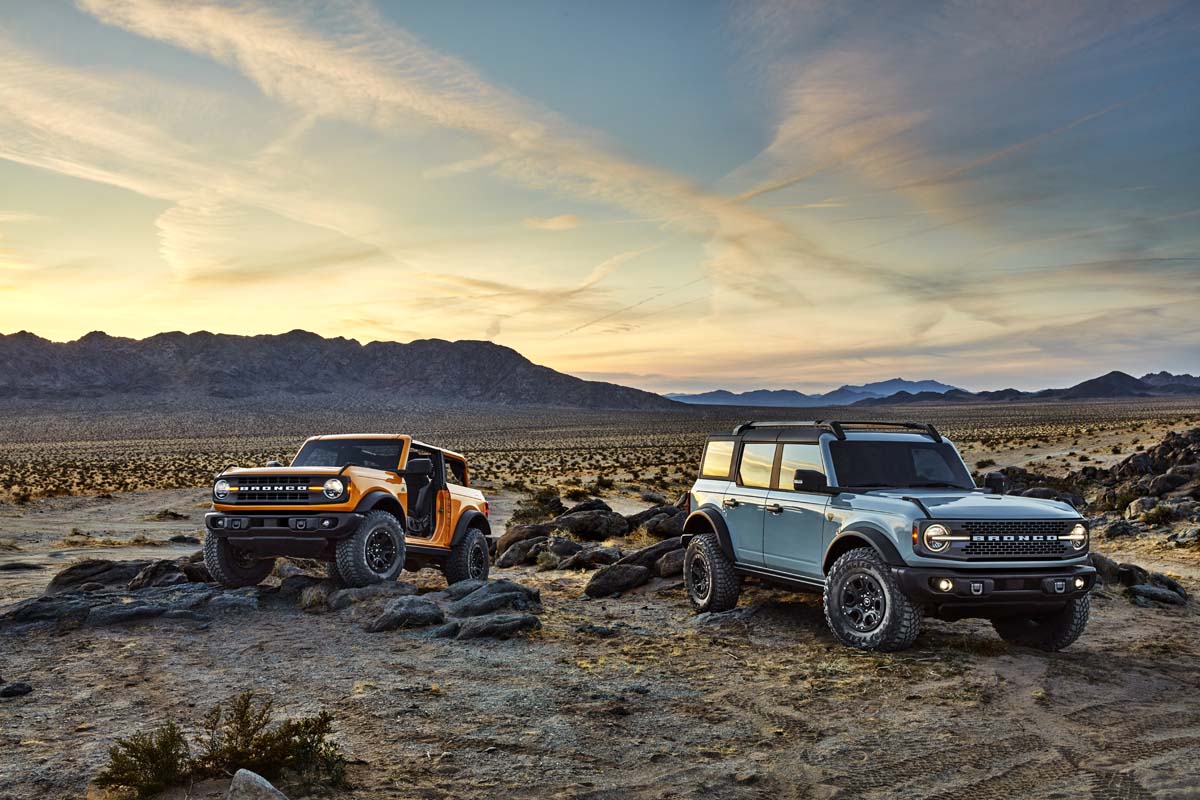 The jury praised the new Bronco for its “pragmatic, emotional design” that “brings the thrill of its iconic forebear into the 2020s”.

Visual cues, such as a single-piece grille, round headlights bisected by a bar with the Bronco name, front fender trail sights, and a “redacted surface language free of superfluous styling or detail” were also cited by the iF Design jurors. 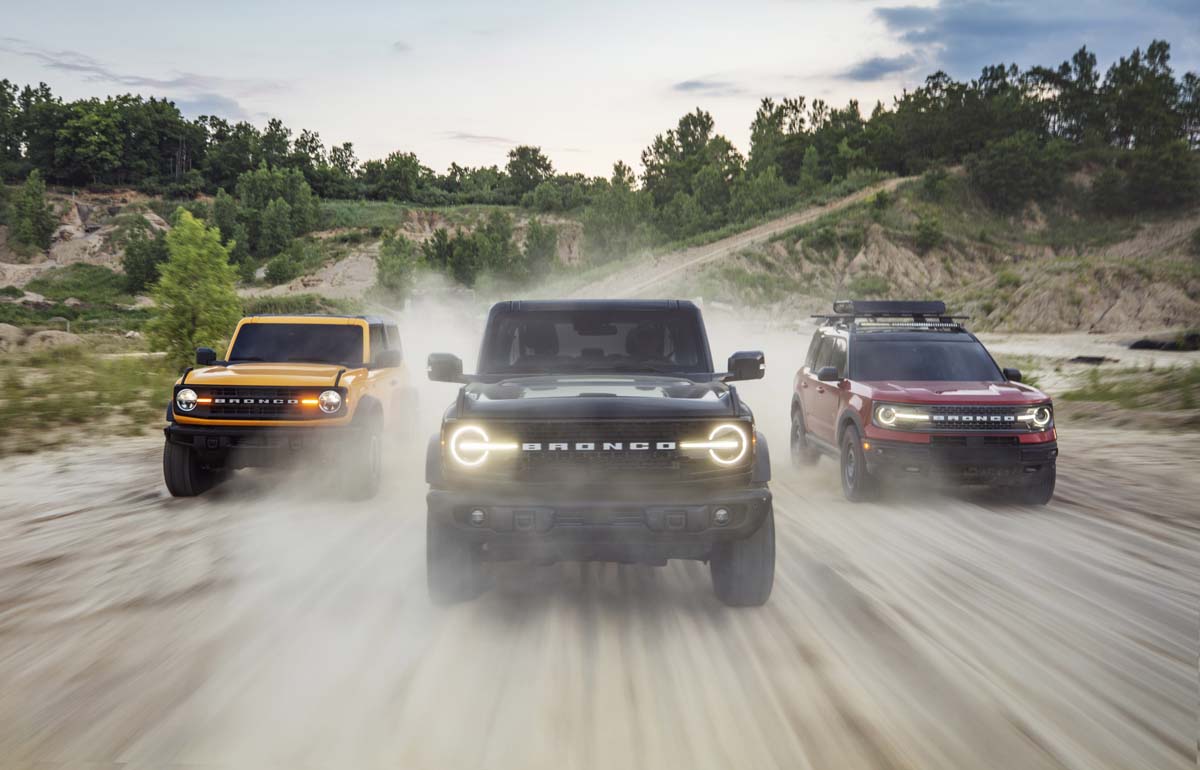 For the Bronco Design team led by Paul Wraith, the award validates their efforts to create a modern off-road SUV that retains the design simplicity of the first-generation Broncos from 1966-77.

“It’s great to see the world of high design meeting the wild and to be recognised for our efforts,” said Wraith, Bronco chief designer.

“Our focus was getting our users out deep into the landscape exploring, which inspired some breakout product design. We’re excited that the innovations our team loved are the same things Bronco customers will love.

“Many products are relatively simple objects, from a design standpoint. Vehicles are not. With Bronco, they looked at a number of things – from the modularity and the cleverness of the doors storing in back, to the larger notion of bringing back an icon.” 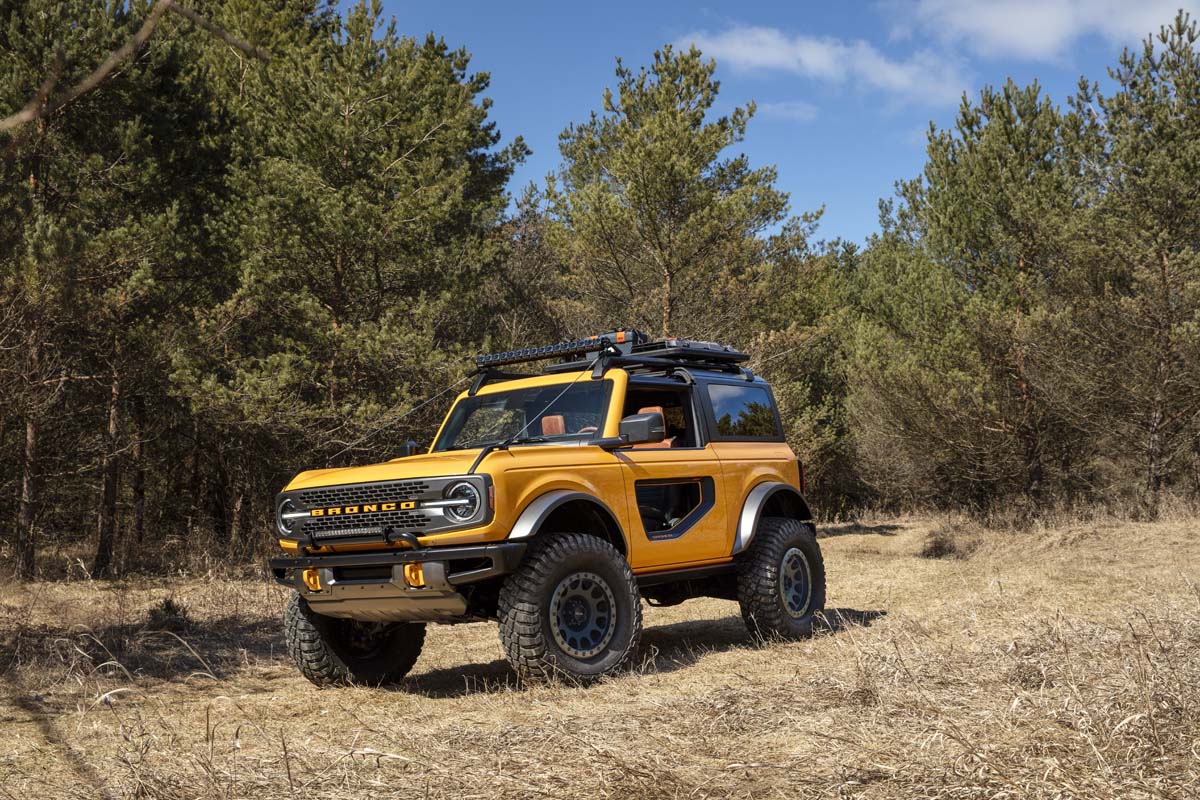 Since reservation-to-order conversions began this January ahead of a mid-year North American release, Ford say that, from the more than 190,000 Bronco two-door and four-door reservations, more than 125,000 have been converted. Just as important, more than 70 per cent of those customers are said to be new to Ford.