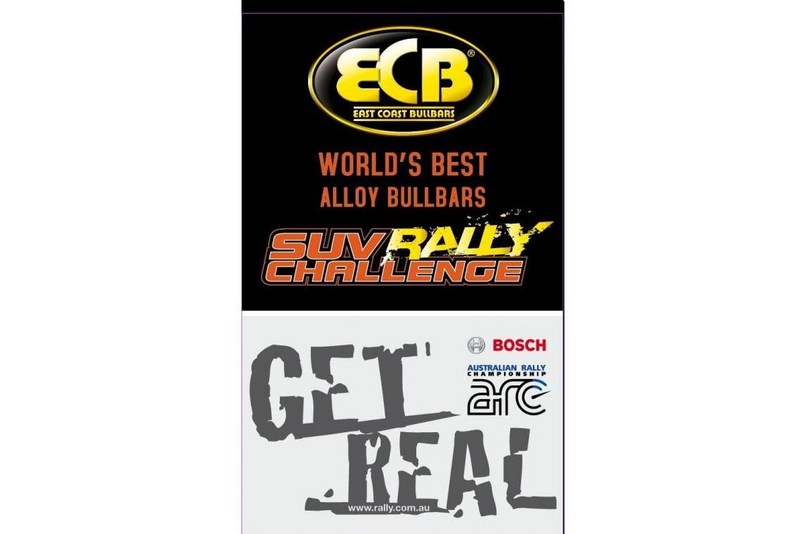 CEO of the Bosch ARC, Scott Pedder has urged young drivers to look to the SUV Rally Challenge as a rapid way of building a profile for themselves in rallying in an economical formula
Rally drivers of the future now have a fresh way to make their mark on the sport with the new Australian SUV Rally Challenge.

CEO of the Bosch ARC, Scott Pedder has urged young drivers to look to the SUV Rally Challenge as a rapid way of building a profile for themselves in rallying in an economical formula.

"If your aspiration is a factory drive then the SUV Rally Challenge offers the perfect way to build a positive reputation and also a strong rapport with chosen manufacturers via vehicles that they want to and must promote.

"With the likelihood that more manufacturers will be entering the Bosch ARC in the next few years there will be a demand for talented young drivers and the best way to prove that talent in my view will be in the SUV Challenge.

"Every young driver's aim is to compete at the top level but rallying like any form of motor sport is an expensive business and to compete in the outright category requires substantial resources.

"We have looked closely and analysed the cost to build an SUV for the series and you could expect to build a car for less than $100,000 and be a front runner in the series," said Scott Pedder.

"The SUV Challenge is sure to be a showcase for rising talent and rally stars of the future because it will rely heavily on driving talent with cars that are near standard and with a relatively small budget required to run the Championship," he added.

"With stronger competition and higher budgets in the outright class it will be tough for young driver to shine but in the SUV Challenge the stars will quickly show themselves," Pedder added.

Pedder estimates that the SUV market segment has more than 50 eligible vehicles, and the technical working group determining that to encourage privateer and manufacturer interest the regulations were drafted in a way that would attract as many brands and models options as possible while ensuring costs are kept to a minimum.

The Australian SUV Rally Challenge has been designed to cater for the fastest growing sector of the Australian car market with one in four vehicles sold in Australia currently coming from the SUV sector.

"First and foremost the technical rules needed to be simple, so we've kept the cars as 'production' based as possible and really the only freedoms come with suspension, brakes, exhausts and the normal high level safety equipment," Pedder explained.

He says the decision to limit costs as much as possible was a key driver.

"In time we'd love to open the technical regs up to more modifications, but this is a first for rallying and as such we wanted the rules to be easy as possible to build a car to.

"We did this so competitors could get a toe in the water without a large financial outlay, especially in terms of specialist components such as competition gearboxes and fancy differentials.

"The SUVs can be two wheel drive or four, can come from any segment of the SUV market from small, to medium, large and even luxury, and their engines can be any size and capacity.

"The only limitation is that we won't allow turbo-petrol engines, it will be open to only normally-aspirated and turbo-diesel power plants. We've done this to keep the playing field as level as possible and to encourage as many manufacturers and types of vehicles as possible," he added.

It is expected that the SUV category vehicles will line up directly behind outright vehicles on the road.

"For competitors and spectators the SUV class represents a really exciting step forward in Australian rallying so we want them running as close to the front of the field as possible."

It is expected that a naming rights sponsor for the Australian SUV Rally Challenge will be named in coming weeks making the title an even more attractive prospect for up and coming driving talent.

Regulations and further details can be obtained via the Bosch ARC website at www.rally.com.au .