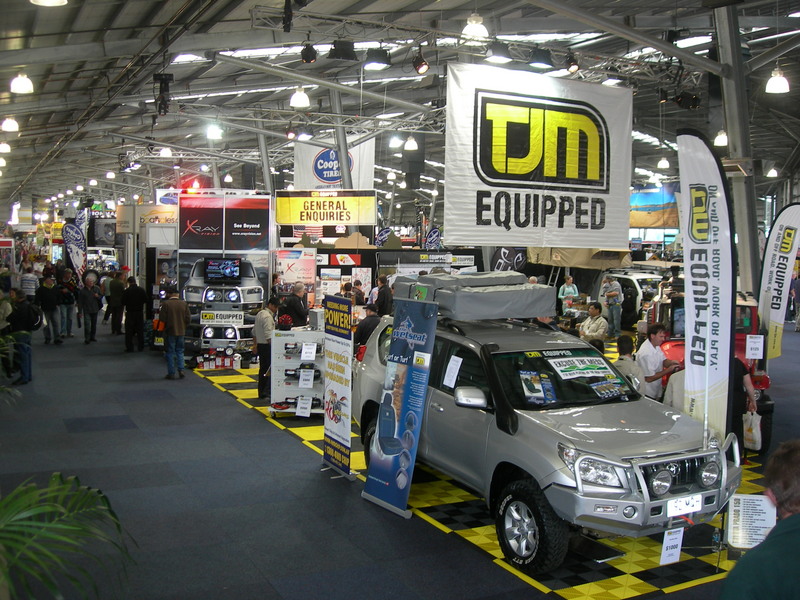 According to Show organisers this year's show attracted the biggest crowds in years, with more than 34,300 attending the 3-day event. In typical Melbourne style, the weather delivered everything from ideal conditions through to a wet and blustery weekend, but not even this could deter showgoers from getting their annual dose of 4x4 fever.

The 4x4 & Outdoors pavillion contained the cream of Australia's 4x4 aftermarket and accessory companies lead by Australia's biggest and arguably the best, ARB Corporation that unveiled a slick new boot lid to suit HiLux 4x4s as well as their new range of bigger and better ARB fridge freezers. Their portable fridge range now encompasses 35, 47, 60 and now a monster 78-litre capacity. To save arguments this beauty can accommodate 120 beverage cans!

One of the downsides to this years 4x4 Show was the lack of support it received from our 4WD manufacturers. Isuzu Ute Australia was the only 4x4 company to have a large presence at the show with the full line up of their dependable D-Max workhorse. While the 4x4 companies chose to ignore Australia's biggest and most important 4x4 show, there was no shortage of superbly outfitted vehicles showcasing a host of highly desirable aftermarket products.

One interesting vehicle on show was the Urban Escape Vehicle, which actually stands for a new range of tough off road camper, which was hitched to a well decked out Land Rover Ninety. The very latest in functional 4x4 protection equipment and accessories was on show from ARB, TJM, Ironman 4x4, Terrain Tamer, Kaymar 4WD Accessories, East Coast Bullbars and many specialist product suppliers.

Camping equipment wasn't forgotten with a large display of tents and camper trailers in the caravan and camping outdoor area. If you are in the market for a getaway trailer/camper I don't envy you in making a decision. There are so many first class offerings, that you really have to do your homework and decide on what features you want, and go from there.

The Waeco Outback Stage saw presentations run all weekend, while Mickey Thompson Tyres sponsored outdoor events. There were test drives around the track as well as hot laps and of course the monster trucks.

For those with interests in boating and fishing they were not disappointed, with an increased number of exhibitors and a massive array of boats on show.

Once again Melbourne provided a top notch show, well supported by the 4WD, fishing and boating industry. Roll on 2011 for the next show! The next National 4x4 Show will be staged in Brisbane at the RNA Showground on April 8-10, 2011.


Club Round Up at the National 4x4 Show.

Victoria's Iconic 4WD Adventures
Parks Victoria have produced a series of brochures featuring maps and useful information on 6 4WD regions across the State. Produced with assistance from FWD Victoria the brochures are informative and provide a self-drive tour of what they term 'iconic 4WD Adventures' in Victoria's Grampians, Otways, Mallee, Wonnangatta, Snowy River and Davies Plains locations. While the idea is commendable and the information timely, some of the drives, such as the Otways drive for instance, totally in 2WD, which seems to make a mockery of the whole idea.

Notwithstanding, they will provide a starting point for many Clubs and individuals that want to explore these parts of Victoria, and certainly cater for the growing numbers of all-wheel drives that some of these iconic drives will suit right down to the ground.

LandRovermax!
We have seen what Australian Clubs can do in staging massive 4x4 events, eg. the Land Rover/Range Rover Clubs 60th anniversary of LandRover at Cooma and 40th Anniversary of Range Rover this year, Victorian 4WD Show, plus interclub events, navigation events and the bi-annual Australian Jeepers Jamboree.

This month for a change we bring you details of a weekend event held in the UK - the annual LandRovermax! As the home of Land Rover this event attracted over 10,000 Landy enthusiasts to the British Midlands. Despite rainy conditions more than 700 4x4 owners pitted their skills to test and navigate a challenging off road course, while in the main arena crowds enjoyed demonstrations from 4x4 experts on all manner of skills.

Of course the vehicles were the real stars of the show with Land Rover providing from their historic vehicle collection the Land Rovers from Sylvester Stallone's 1995 film Judge Dredge and Tomb Raider as well as an SAS patrol vehicle that served behind the lines in Iraq.

Over 2,000 campers set up home at the event and were entertained by 4x4 events, bands and accessory displays. Top Gear presenter Richard Hammond brought along his 110 Land Rover, which now sports a 4.5-litre V8 that, he estimates he has spent more than $90,000 on! If you plan to be in the UK next year LandRovermax! will be staged in August 2011. 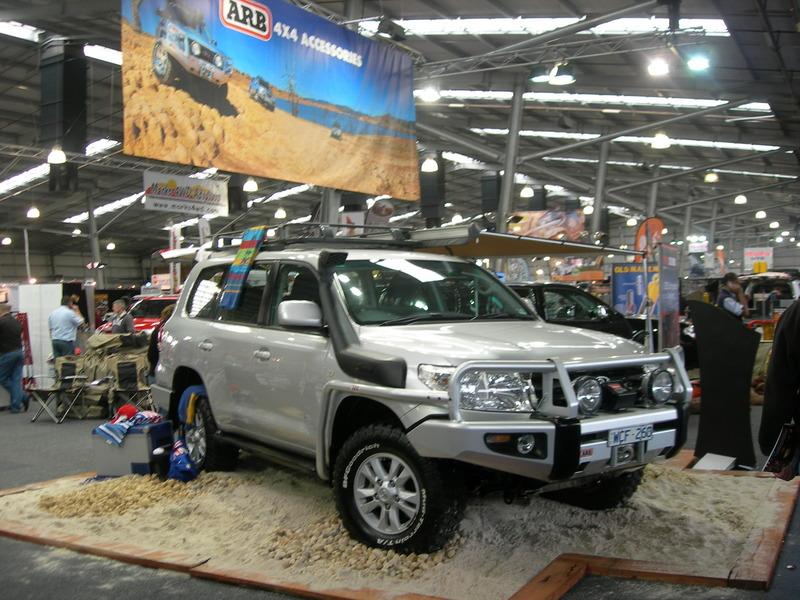 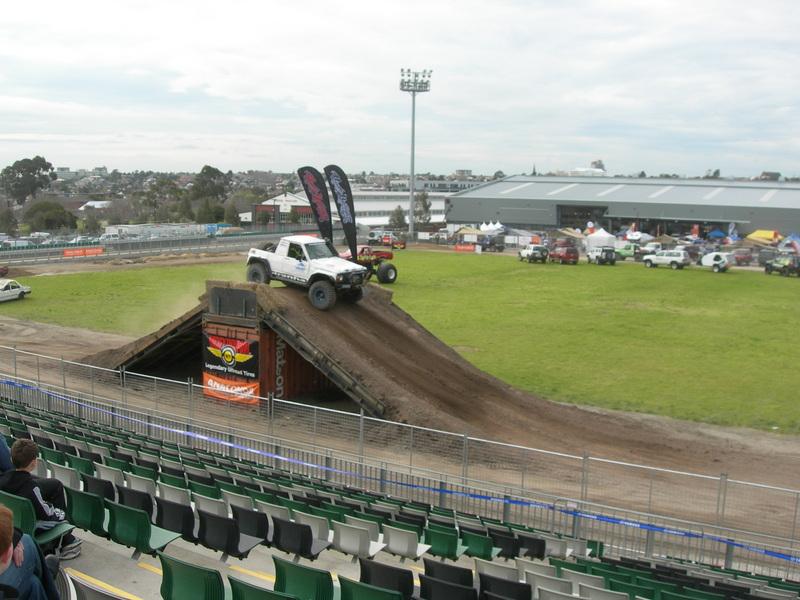 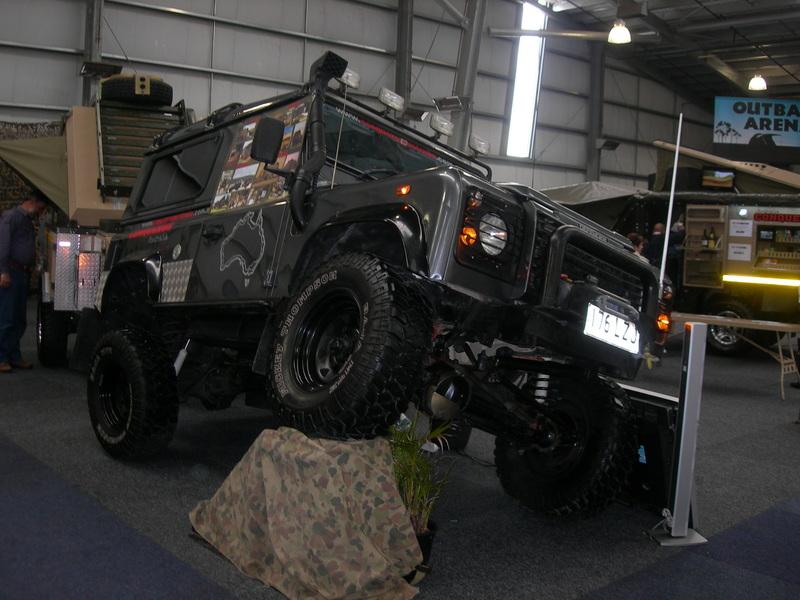 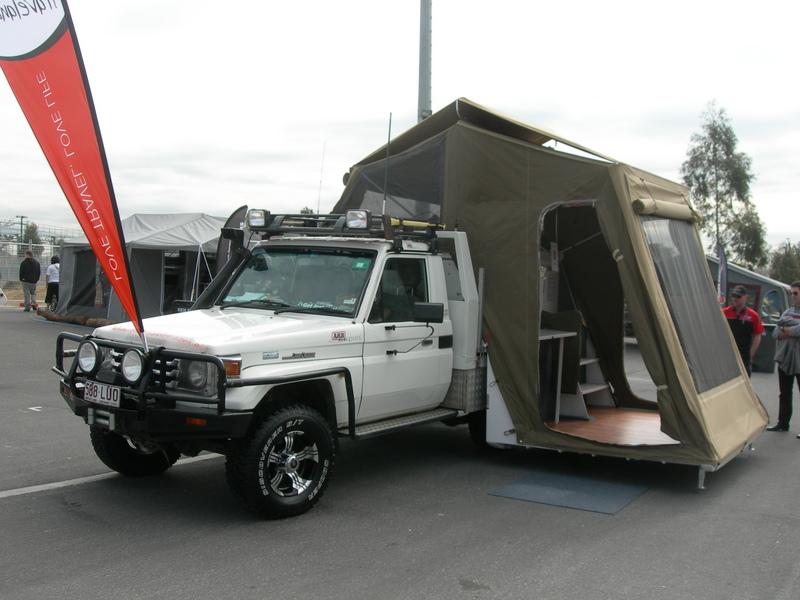