Following Mitsubishi’s announcement last year that they were reviving the Ralliart name as a performance parts brand and the banner for Mitsubishi’s return to racing, the first product of that revival has been revealed in the form of the ‘Vision Ralliart Concept’. 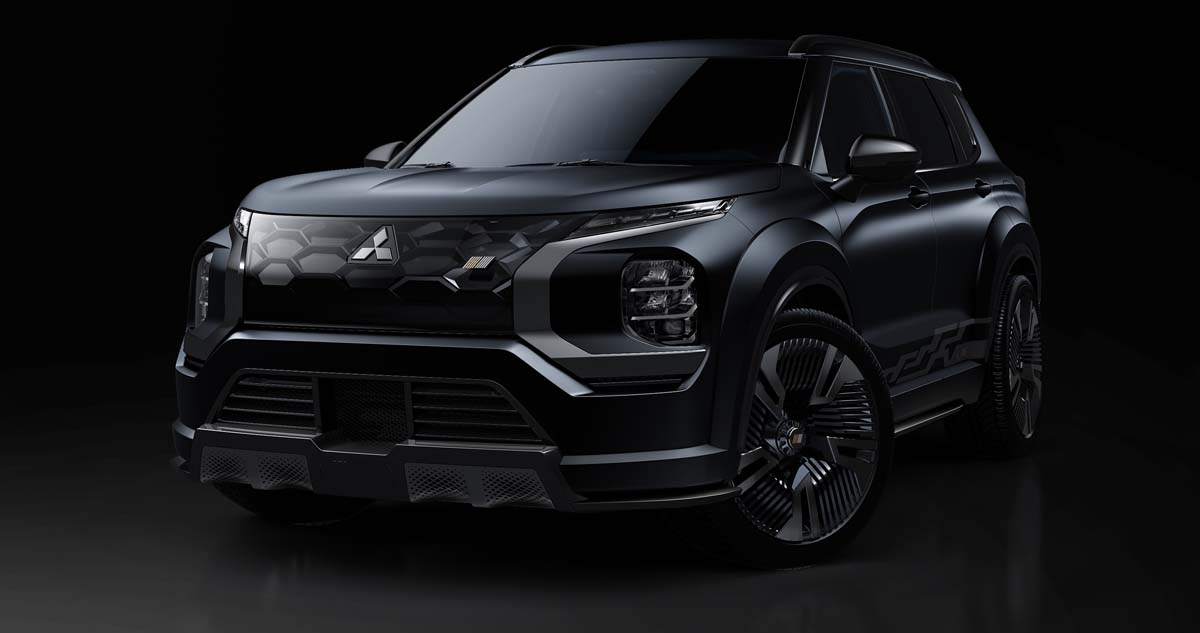 Officially unveiled at the Tokyo Auto Salon in January, the Vision Ralliart Concept is described as bringing together the carmaker’s engineering and passion for craftsmanship.

While Mitsubishi make no mention of the base unit for the concept, it’s clearly based on the latest Outlander mid-sized SUV, but with a wider track, bold wheelarch flares surrounding a unique 22-inch wheel design, a more aggressive treatment to the front and rear bumpers, as well as a rear diffuser. 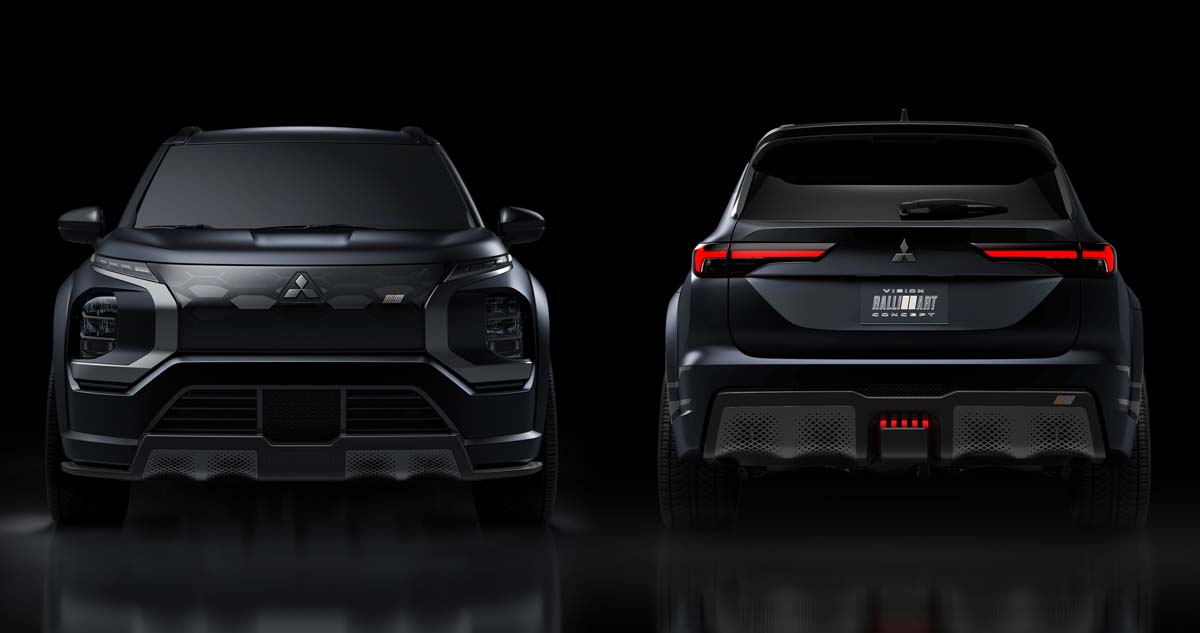 A matte black finish on the body has blue highlights under certain light, which enhances the vehicle’s quality feel, according to Mitsubishi.

Importantly, given the heritage of the Ralliart brand, the concept isn’t just a cosmetic package.

Mitsubishi says the Vision Ralliart Concept features higher motor output and more torque than the Outlander PHEV it’s based on, but exactly what that motor is and how much more torque it’s delivering has not been revealed. For the record, the Outlander PHEV’s maximums are 98kW and 158Nm from the 2.4-litre petrol engine and 85kW/255Nm and 100kW/195Nm from two separate electric motors. 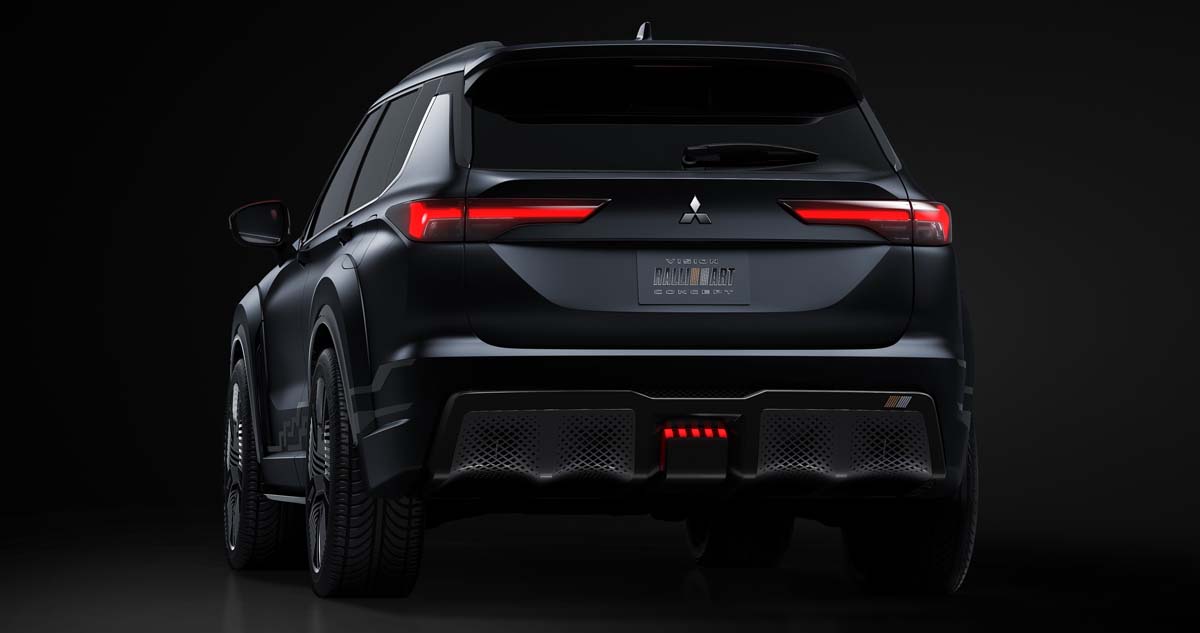 Sportier 4-wheel control tuning, enhanced battery capacity and a radiator shutter to improve aerodynamics are also listed amongst the enhancements, while braking has been improved with the addition of opposed 6-piston calipers on larger rotors. 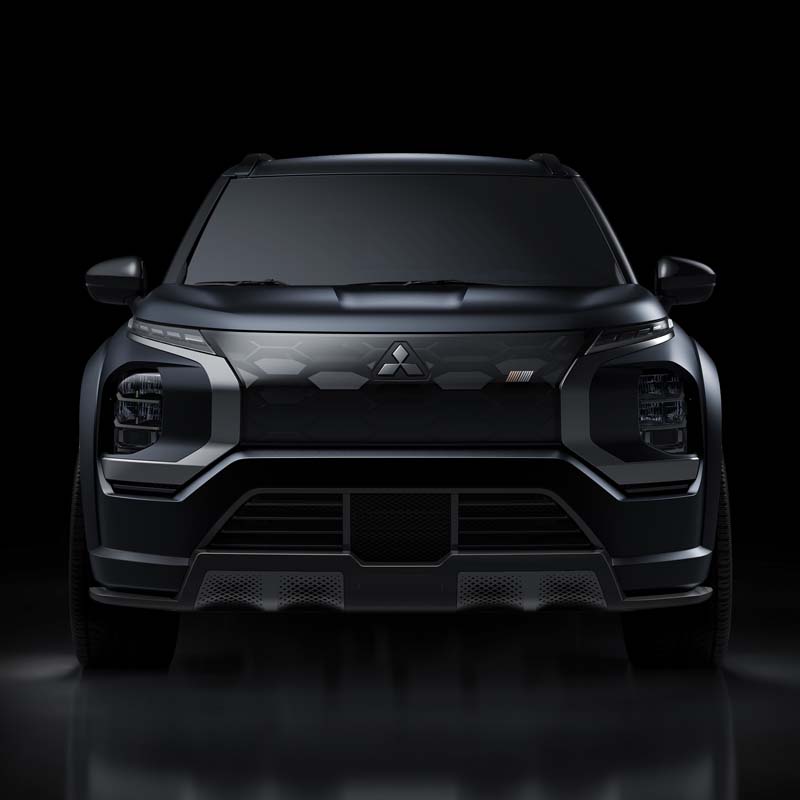 It’s unclear if the Vision Ralliart Concept previews the return of a performance SUV, like the Pajero Evolution from the 1990s, with Mitsubishi only saying that it demonstrates the possibilities of the new Ralliart.

Customer response to the concept will be used in the development of future Mitsubishi vehicles.