At the 40th Bangkok International Motor Show this past April, Mitsubishi unveiled the ‘Triton Absolute’ – a concept that may point to the future of Australia’s third-best selling utility. 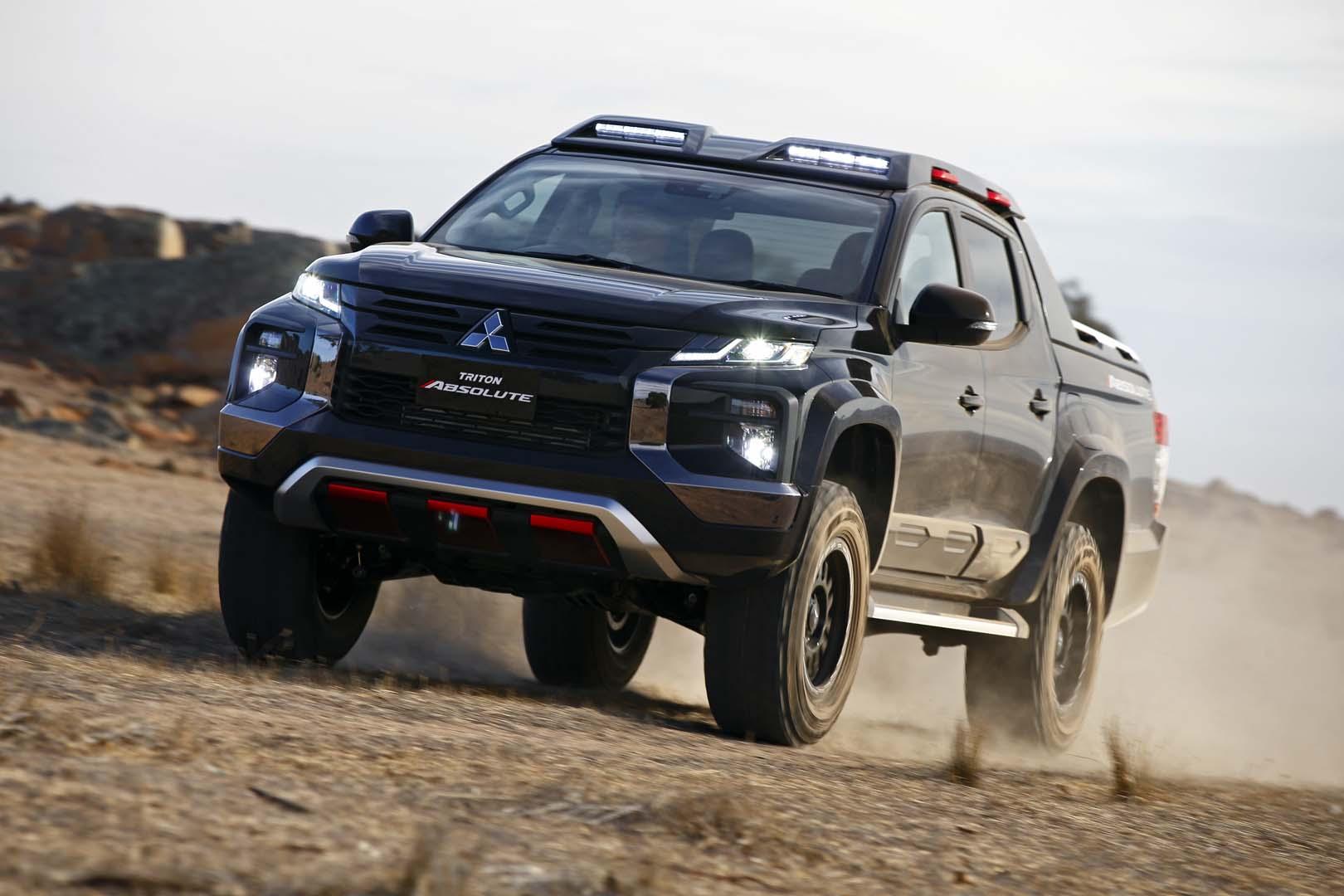 With the likes of the Rugged X on the HiLux, Wildtrak on the Ranger and Z71 on the Colorado, offering a similar premium edition of the Triton makes sense, but Mitsubishi are yet to commit to the Triton Absolute becoming part of the model range.

“While only a concept at this stage, we will assess the feedback from customers in Australia and overseas towards a more aggressive Triton, which will guide the brand’s future product development,”

With a wider track to accommodate heavy duty beadlock wheels and Falken off-road tyres, the Absolute also features a suspension upgrade that lifts the body by 50mm and adds more suspension travel, as well as “superior ride and handling”.

Other notable inclusions are skid plates front and rear, a light bar incorporated into a rail that runs around the perimeter of the roof, sailplane-style rear bar and rails along the top of the load bed, as well as carbon fibre-look wheelarch flares. The tailgate gets a projecting top lip trimmed in carbon fibre, as well as bold ‘MITSUBISHI’ embossed identification.

With Mitsubishi making no comment on the Absolute’s running gear, it presumably runs the same 2.4-litre four-cylinder turbo diesel as the regular Triton.

Mitsubishi are confident the Triton Absolute will resonate strongly with ute enthusiasts everywhere, but will nevertheless showcase the concept at various events over the next 12 months to gauge public interest. Whether those events include upcoming 4x4 shows, agricultural field days, auto shows and this September’s Deni Ute Muster are yet to be confirmed. 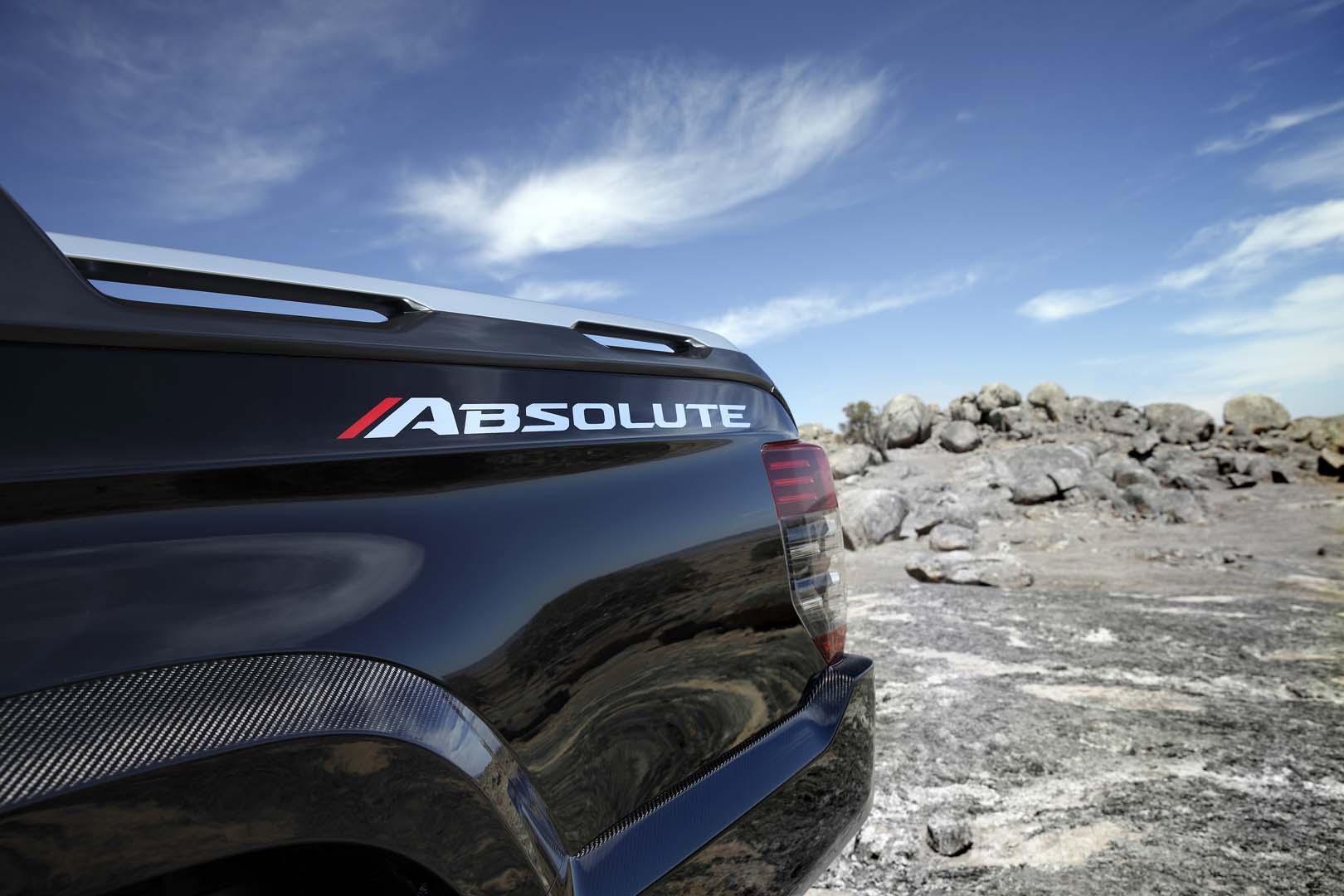 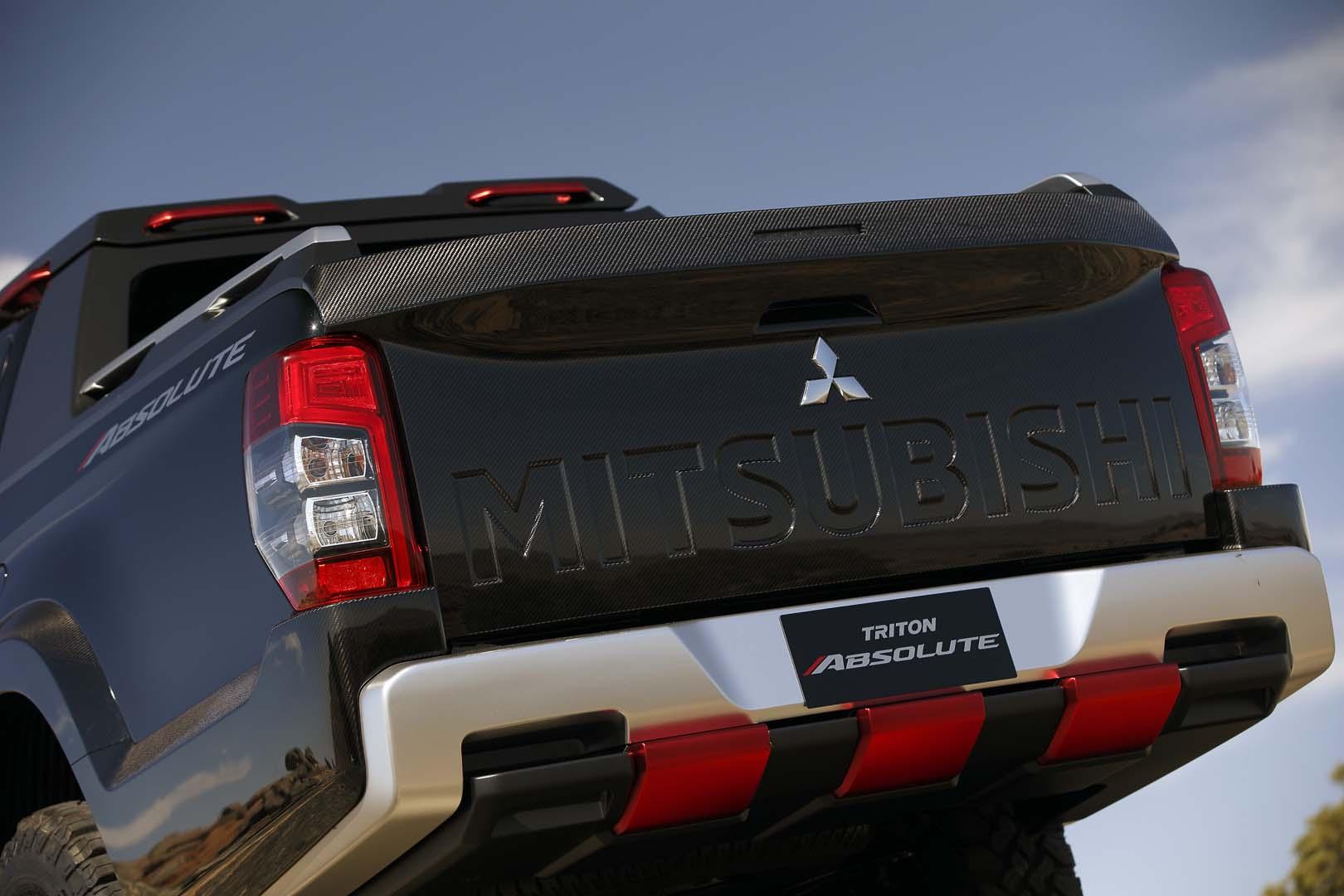 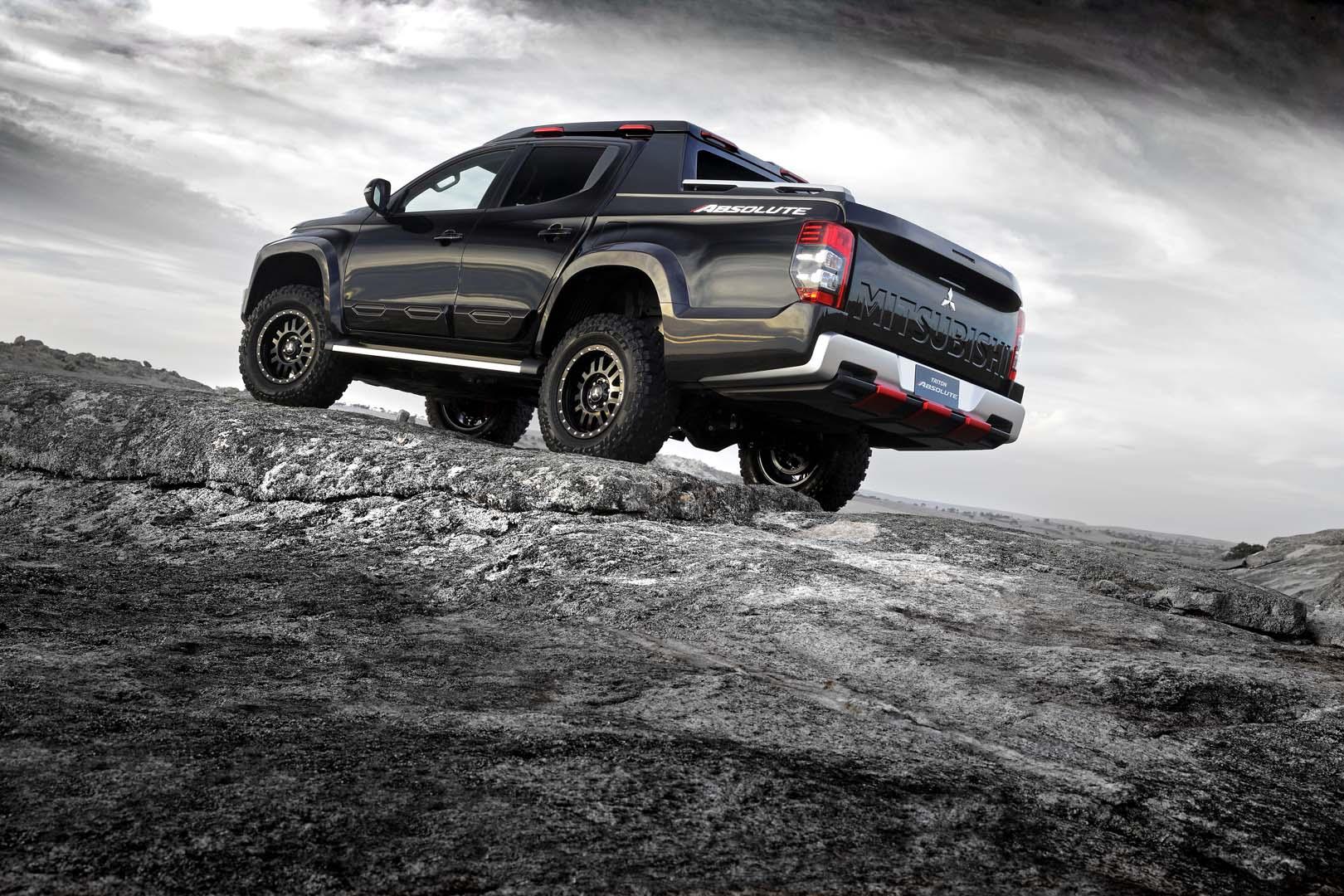